Get to know the Gallerists behind Brussels Gallery Weekend! Here, Irene Laub of Irene Laub Gallery shares her thoughts on the Belgian design scene and the process behind ‘Extended Spaces’.

TLmag reached out to four gallerists whose galleries are participating in Brussels Gallery Weekend to share their thoughts on the Belgian contemporary art and design scene, their new exhibitions and curatorial processes. Irene Laub of Irene Laub Gallery is the third gallerist to be featured in this repeating series.

TLmag: How would you describe the contemporary Brussels (or Belgian) art and design scene, and what role do you think your gallery has within it?

Irene Laub (IL): Brussels’ art scene is very dynamic and creative, developing a platform of international insightful collectors and art professionals. Irène Laub Gallery profits from this context to develop its multi-national programme and hopes to reflect this diversity in its choices.

TLmag: What are the valuable/interesting aspects of taking part in art fairs and events such as Brussels Gallery Weekend?

IL: The most important goal is to give constant visibility to the artists by reaching new collectors and institutions thanks to the mobility created by those events. It is also a good opportunity to showcase the carefully curated aspect of our collective projects.

TLmag: The exhibition on view, Extended Spaces, explores thedifferent ways in which we can experience and think of space. Could you tell us a bit more about the artists that you’re featuring in it and their works?

IL: José Pedro Croft’s production ranges from sculpture to drawing and etching without hierarchies. He holds a special reference to architecture, and to the nature of its perception. His work promotes a tension between existent and fabled space, with a cinematic approach. Fernanda Fragateiro‘s projects are characterized by a keen interest in re-thinking and probing modernist practices and dwell into modernism’s social, political and aesthetic history through ongoing research with an archival matter, materials and objects. Fragateiro defies the tension between sculpture and architecture as she questions the perception of space and it’s cultural heritage. Guillermo Mora‘s compositions construct environments through which one questions the protocols and procedures of contemporary painting. His work is focused on the concepts of overlapping, concealment and disappearance. Through his practice, Mora researches the representation of space and its perception. Rui Calçada Bastos‘ focuses on elements that can be overlooked and poetically confronts the viewer with a self-referential situation. In a real and metaphorical sense, reflections, duplications and confrontations create a leitmotiv that reviews authorship, space and solitude. Jonathan Sullam’s artworks reveal a state of precarious equilibrium and seek to capture the tensions preceding a fall or an ascent. They appear to be suspended in time and space and are often paradoxical. They appear as oxymorons, where the material used is in blatant opposition to the purpose of the represented object. Esther Gatón‘s work deals with sculpture and installation and addresses the notion of instability and precariousness. Crating a paradoxical notion of filter and movement, her work establishes a continuous multidirectional change, that simultaneously holds and pushes the viewer from one space to another.

TLmag: Could you tell us a bit more about the curatorial process? How did this exhibition come about?

IL: The curatorial approach to the “Extend Spaces” exhibition deals with the notions of places, movement and transformation. All the works address different ways of dealing with space, the way it changes from an introverted to an expansive mode, and how it relates to the gallery space. Some of the works were specifically produced for this exhibition, some were changed and some were presented as they always were. Dealing with gradual change and utter surprise, these works differ in scale, position and technique, establishing a seduction path that begins in the window/doorway and ends in the gallery

TLmag: What would you say is your goal with this exhibition, and how does it link to other exhibitions and practices that your gallery has set up in the past?

IL: Irène Laub gallery’s programming is developing strong roots in Belgium, while also showing openness towards new European creation. Our goal with this exhibition, curated by a Portuguese curator and bringing together Portuguese, Spanish and Belgian artists, is to give an opportunity to the Brussels public to discover the incredibly rich Iberic art scene, rarely explored on the local market.

Extended Spaces is an acknowledgement of artworks developing a pragmatic architectural relationship, which in turn induces spiritual awareness through the subtle process of perception. Often, the artworks will transform space by means of expansion, contraction, addition or even subtraction. These artwork protocols create spatial awareness and poetic experimentation. Moreover, they express the need for the rational and spiritual to include the spectator at the epicentre of a modus operandi. He finds himself confronted with states of being; relationships amid the material and immaterial occur, articulations concerning the interior and exterior are systematically drawn and the artworks all reveal themselves as case studies for transitional states and spatial wandering. The spectator can be pulled within or beyond an artwork, causing specific or abstract experiences due to these relational manipulations of space – Sérgio Fazenda Rodrigues. 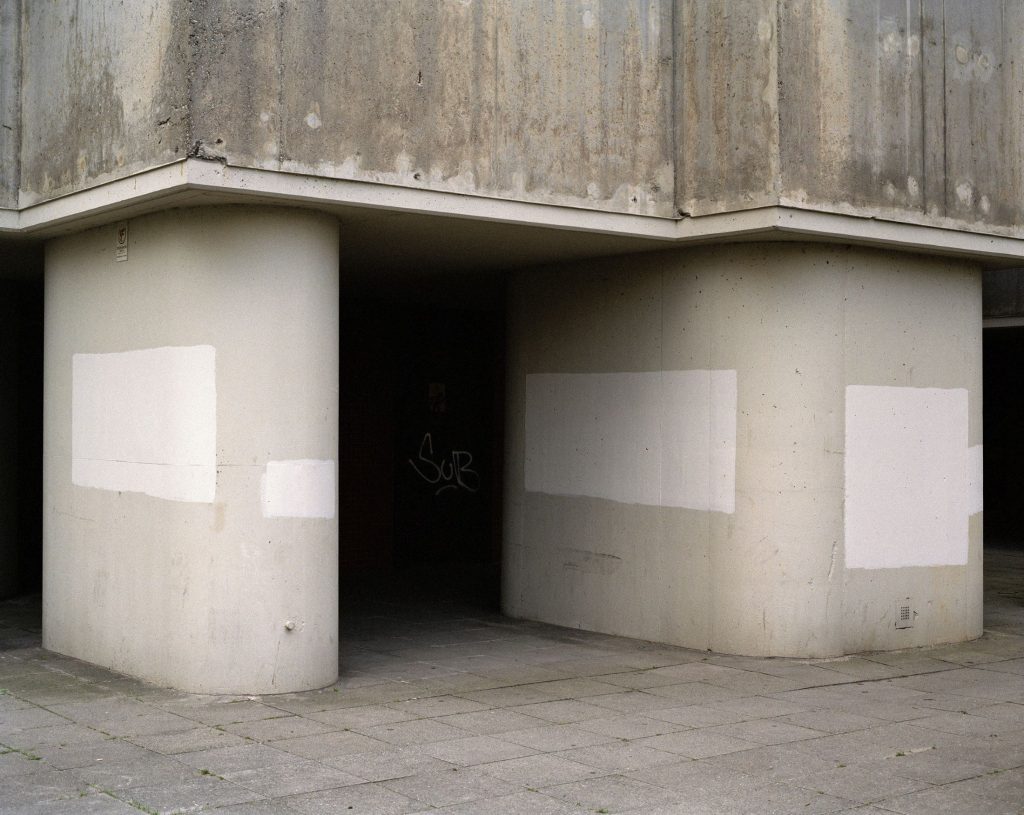 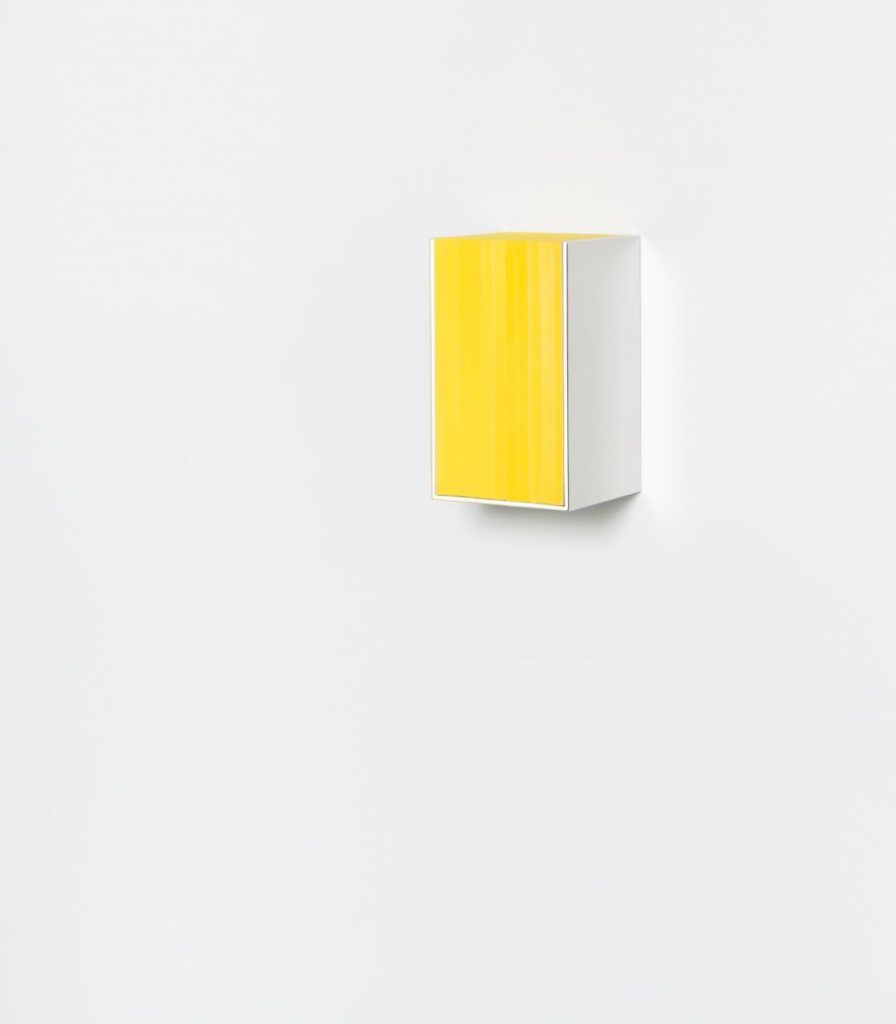 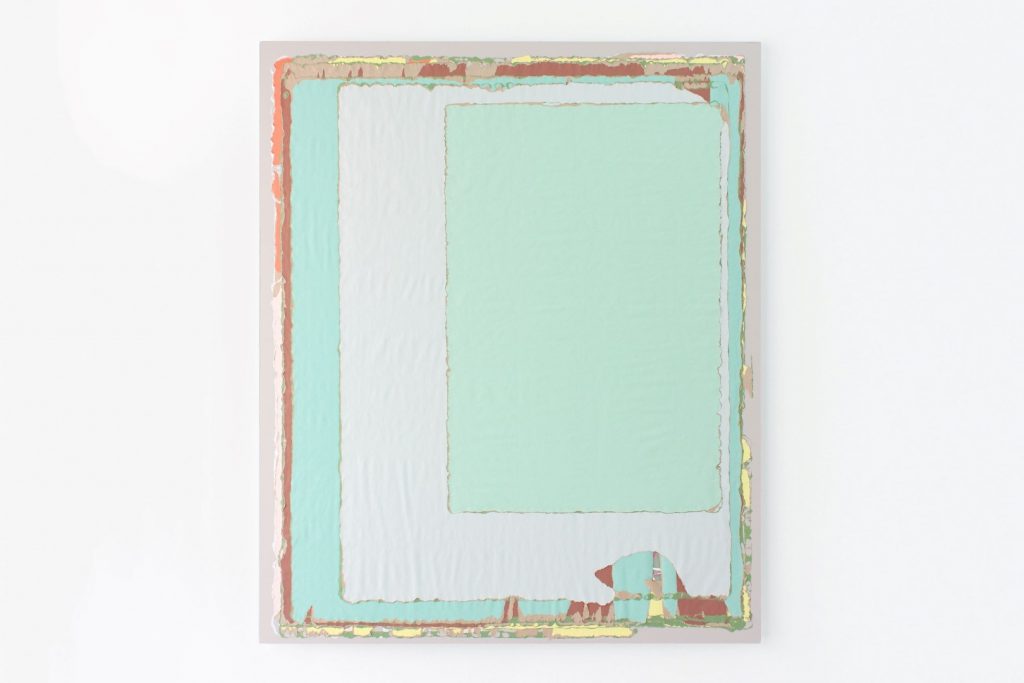 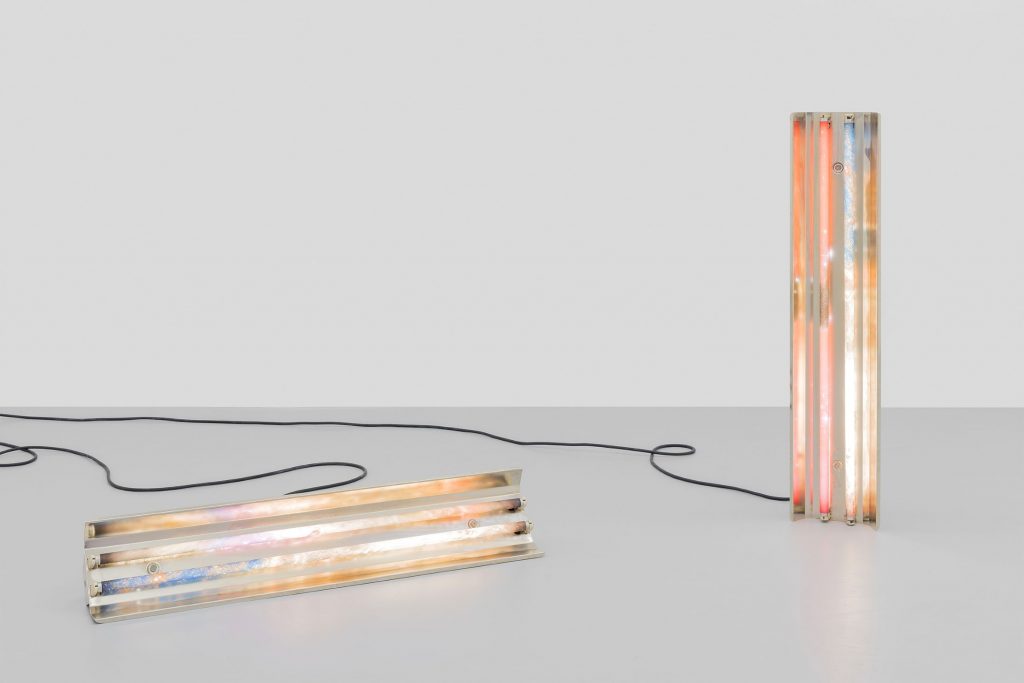 Jonathan Sullam, Side by Side, 2019, Print and neon light, variable dimensions - Exhibition view of Extended Spaces at Irène Laub Gallery, Brussels (BE), 2019 (photo by Hugard & Vanoverschelde) 09 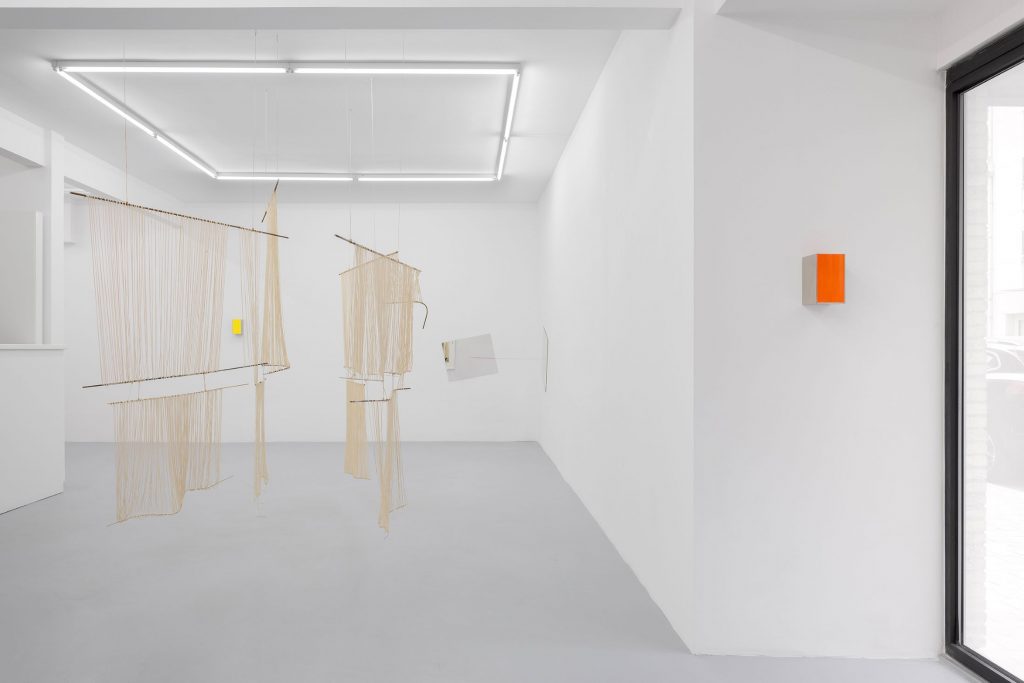 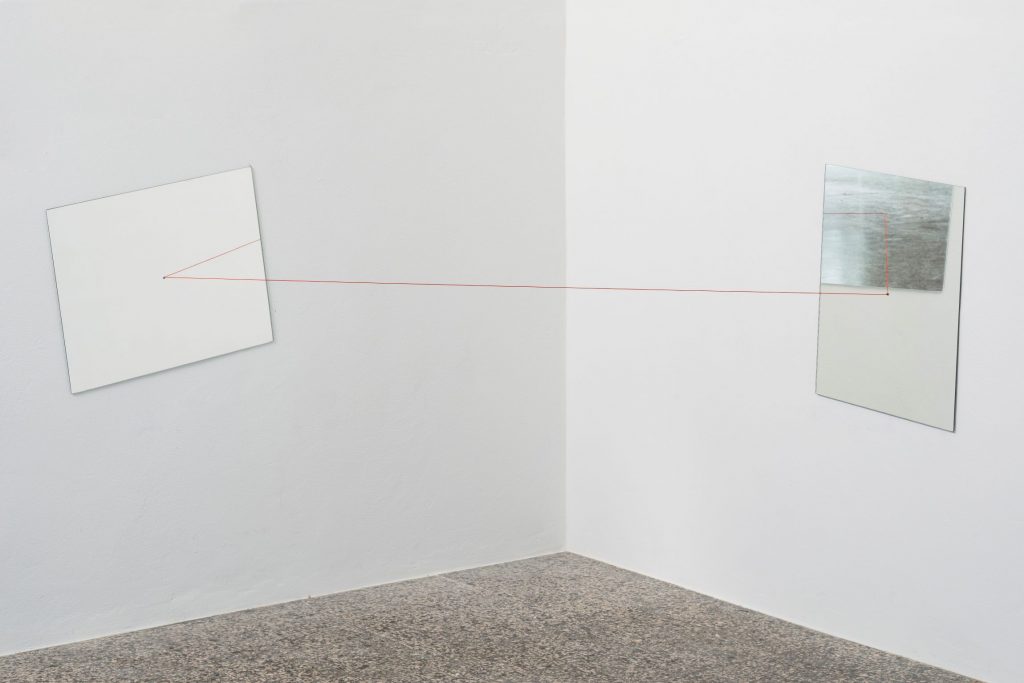 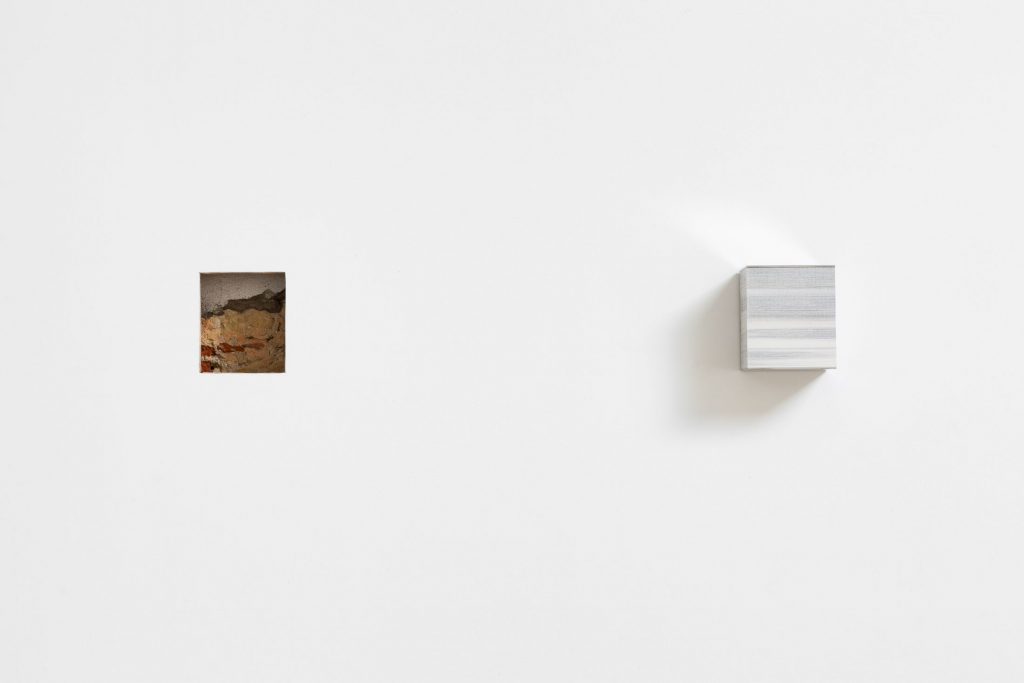 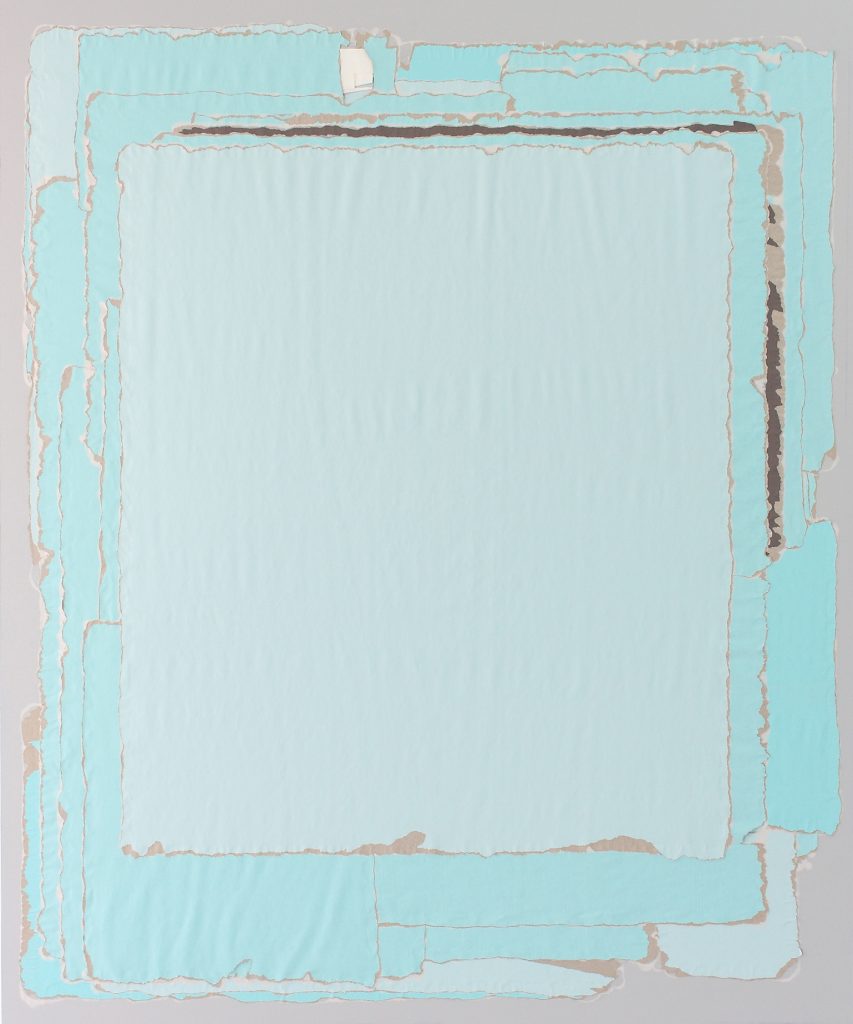 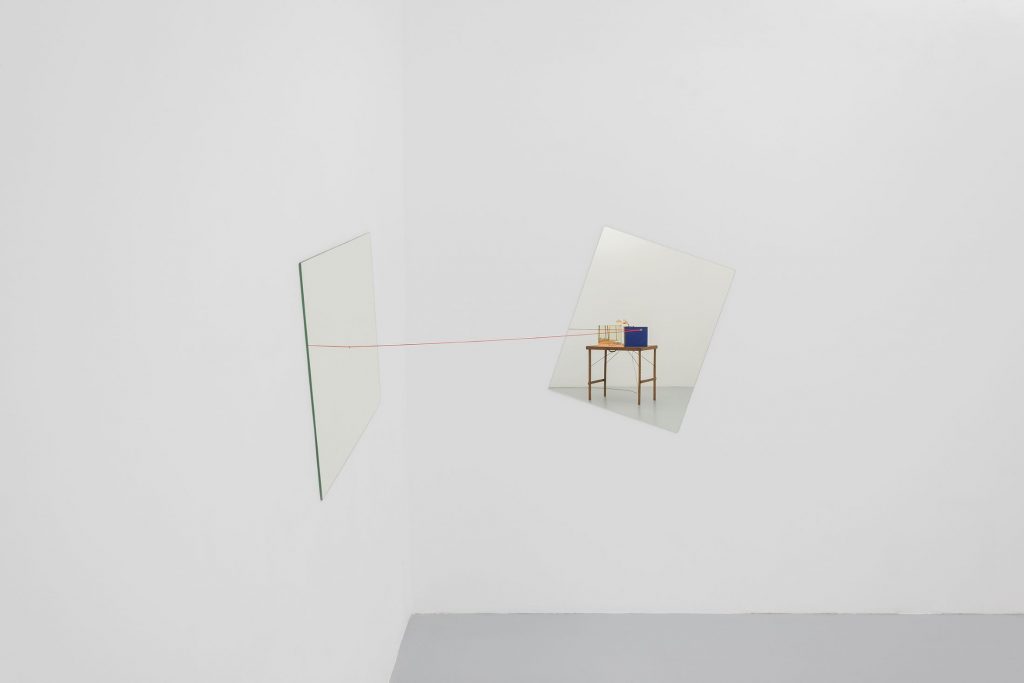 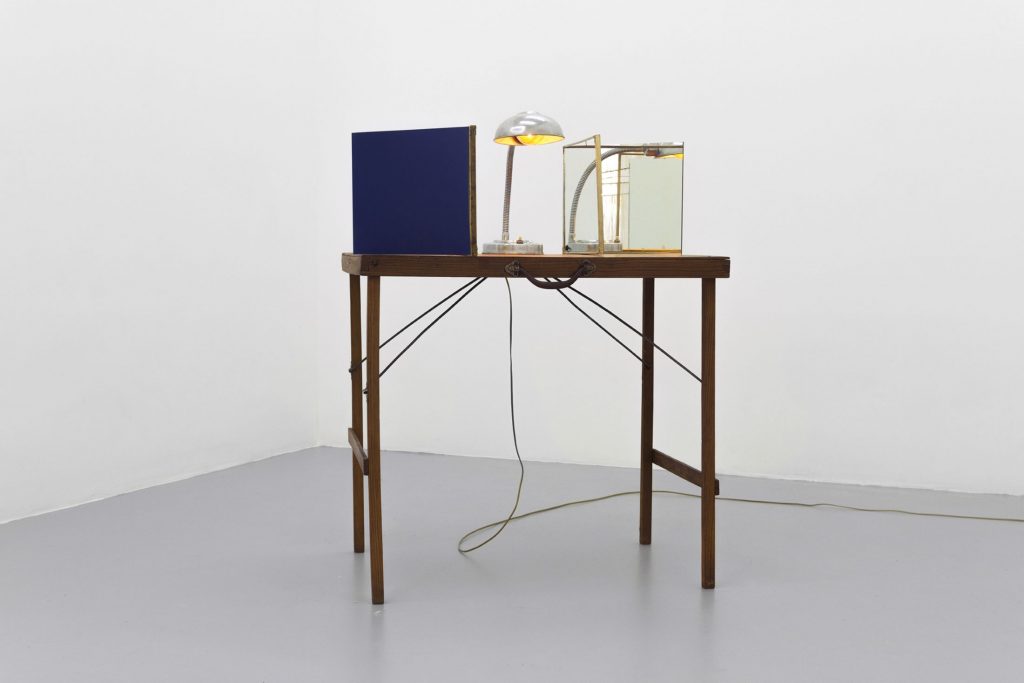 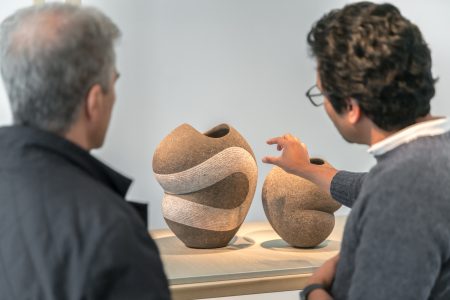 Brussels Gallery Weekend (BGW) celebrates 15 years this season, with a host of events beginning on Thursday, September 8th and running through September 11th.