In a surprising collaboration with Swatch, Joe Tilson combines colourful Venice-inspired imagery for his site-specific installation ‘The Flags’ and releases a special edition watch during this year’s Venice Biennale.

Born in London in 1928, Joe Tilson originally worked as a carpenter and a joiner before going to art school in the 1950s where he studied alongside none other than Frank Auerbach, Leon Kossoff, Peter Blake and Richard Smith. Primarily associated with the first generation of British Pop Artists in the early 1960s, Tilson has worked with everything from painted canvases and panels to a variety of materials used such as wood, ceramic and stone in the form of ladders, boxes, standing totems and other objects with a work ethic that emanates from a desire to ground himself in timeless, ancient systems of thought, and ways of making sense of the world.

Fast forward to 2019, a bit over 70 years since Tilson first started making art (who is now over 90 years old). After seeing a street installation of flags the artist did in London Regent Street earlier this year as part of the Royal Academy of Arts 250th anniversary celebrations, Swatch contacted Tilson via a mutual Venetian friend to propose a collaboration to create a site-specific work for the 58th edition of La Biennale. Having lived in Italy for a year and even having represented Great Britain at the 32nd edition of the Venice Biennale back in 1964 – the British artist, although at first surprised by Swatch’s proposal, decided to combine colourful images from his favourite Venetian church facades, geometric patterns on stone flooring, and written inscriptions from his collection ‘The Stones of Venice’ that continues to draw upon his love and knowledge of this Italian city he has continued to visit for over 60 years. Tilson was also especially excited about Swatch’s proposal to continue working with flags, as per his street installation, and to see them as a message of happiness and freedom. The final result, titled ‘The Flags’, is composed of 24 double-sided flags that are aligned in three rows and measure impressive 150 x 285 cm each.

As it is now a tradition after five years of being main sponsors of La Biennale, Swatch also presented ‘The Joe Tilson Venetian Watch’ in a limited edition of 2019 pieces, which has a direct visual relationship with Tilson’s installation. Made in close collaboration with the artist, and making sure that the texture and depth of his artworks were respected to the detail — the watch shows Tilson’s art as it is produced: his pencil outlines remain visible on the watch’s dial and the silicone straps with their geometric patterns in joyful yellows, reds and blues strikingly convey the origins of his acrylic-on-paper artwork. The loop even features Tilson’s signature in white against a powerful blue background.

Joe Tilson is represented by Malborough Fine Art & Alan Cristea Gallery, London. He has been a full Royal Academician (RA) since 1991.

The Venice Biennale will continue until November 24, 2019. 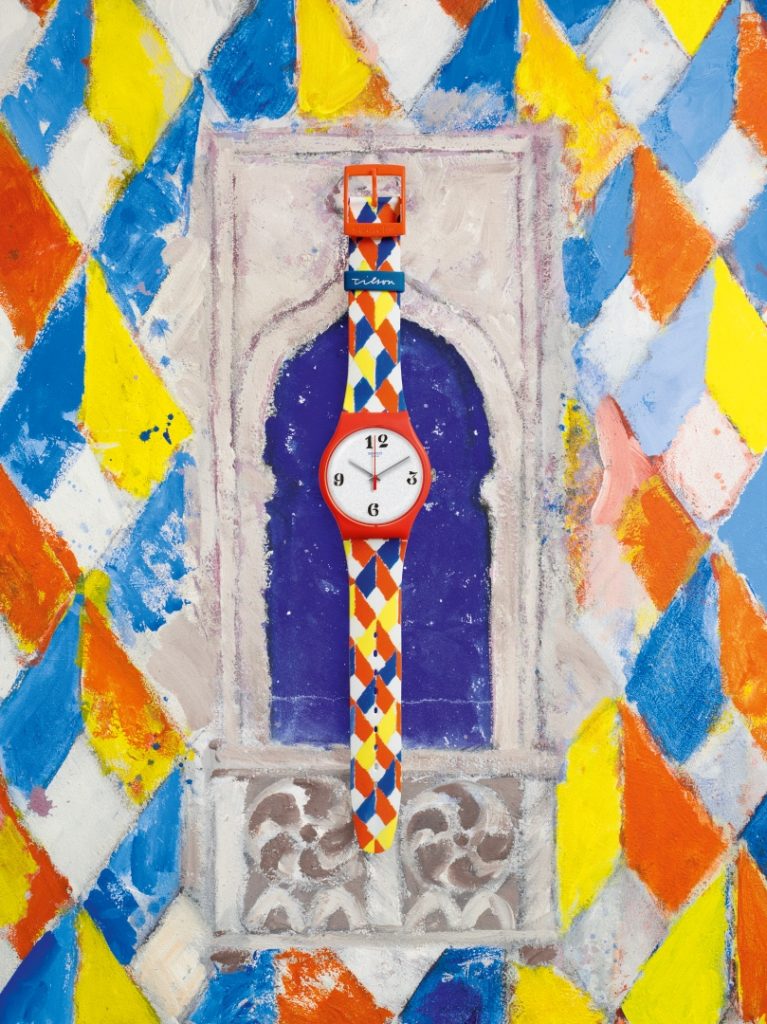 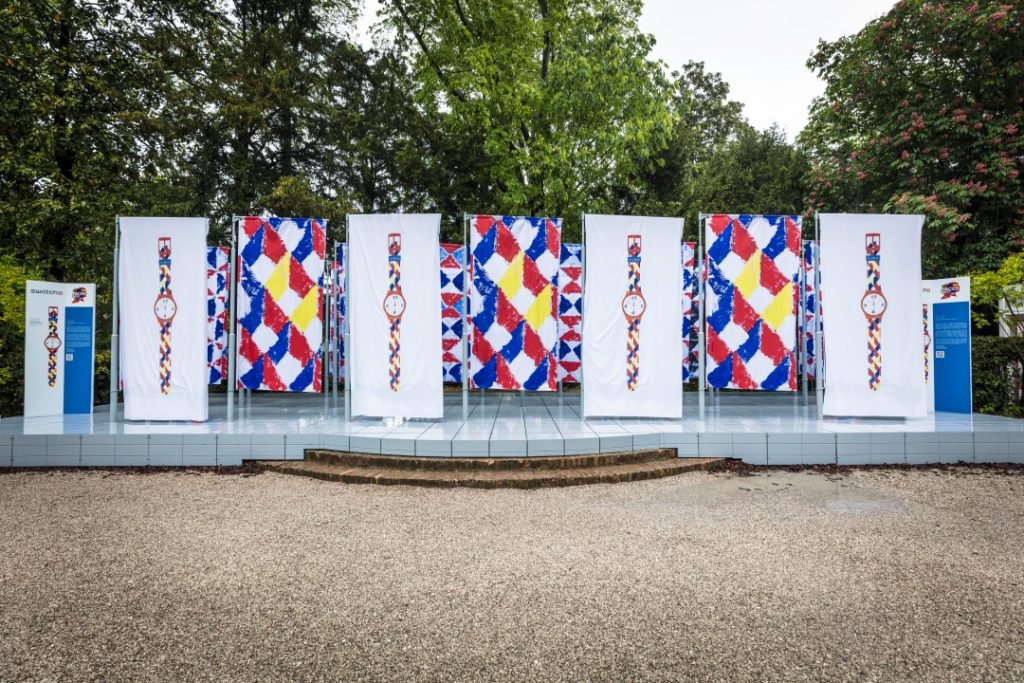 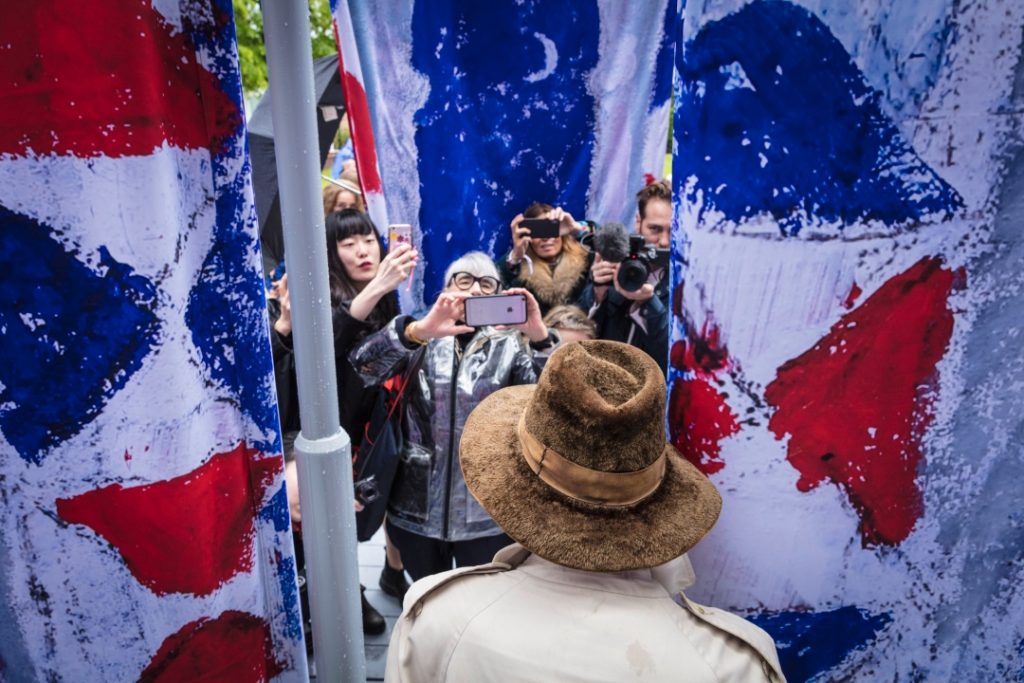 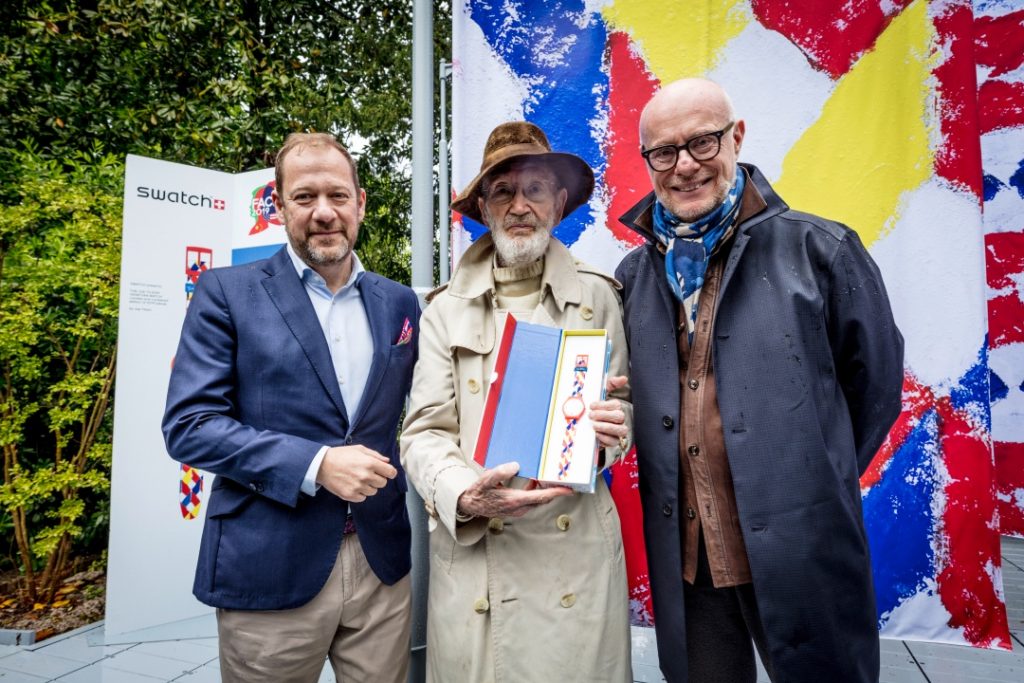 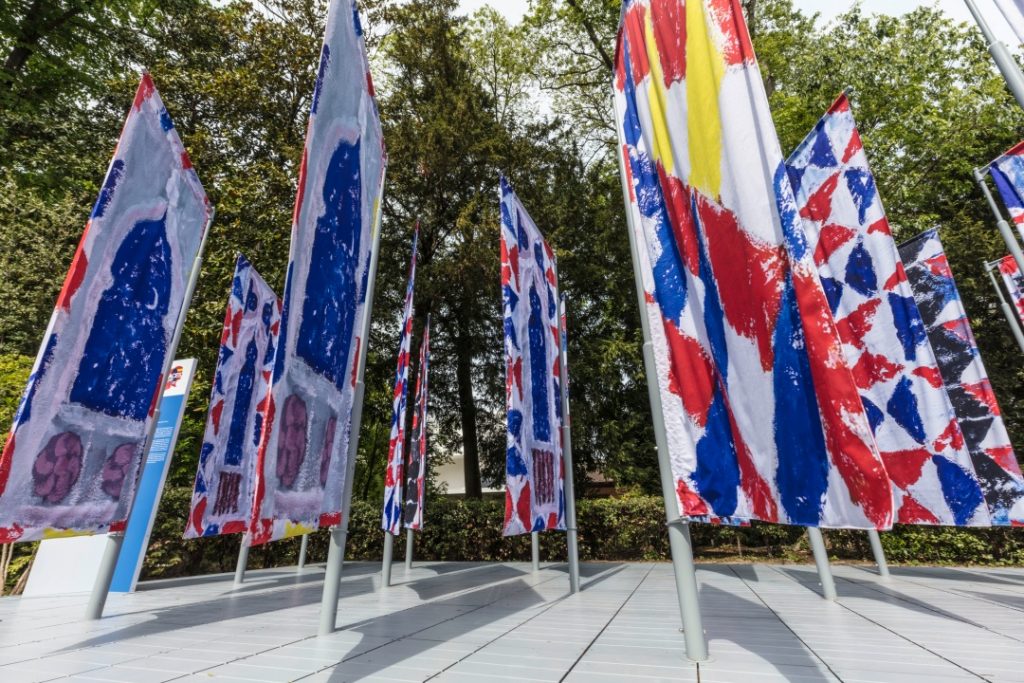 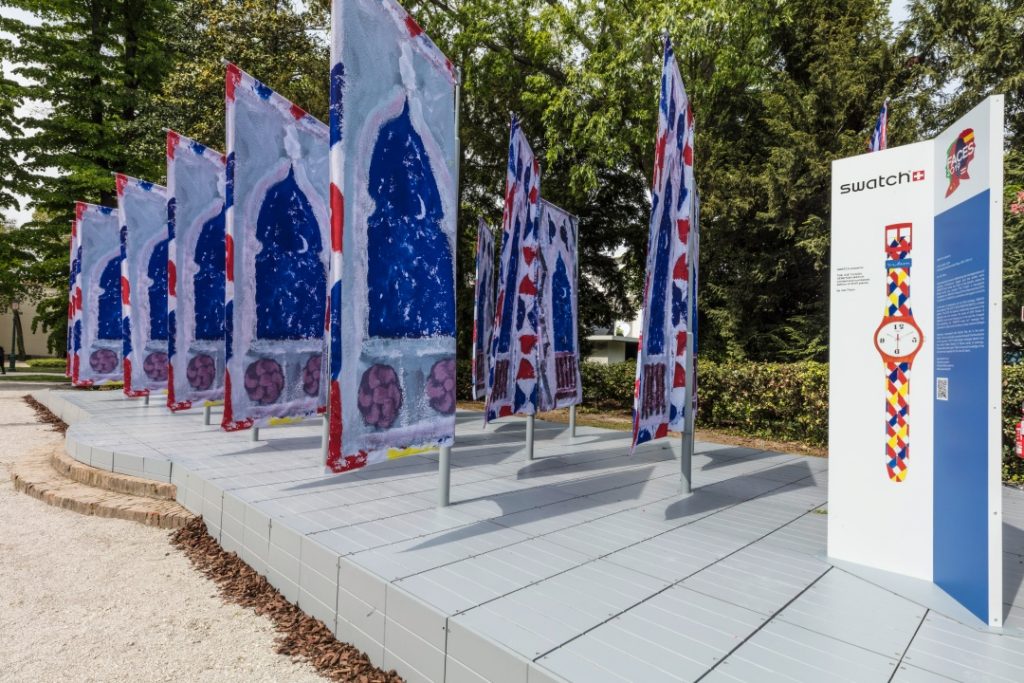