Design Miami/ returns to Miami Beach December 3–8 for its fifteenth edition with some notable changes. The fair will take place for the first time in the recently completed Pride Park, with its entrance now directly facing the entrance to Art Basel Miami Beach. The works shown at Design Miami/ are a reflection of the trends and shifts in the greater design and art marketplace. Outlined below are some of the emerging themes from this year’s Gallery and Curio programs, revealed across methods, materials, historical periods, and overall booth concepts. TLmag perused the program to enlight you with the event’s highlights.

Throughout the fair, designers will be displaying a strong interest in traditional artisanal materials and techniques reimagined in contemporary ways. Many designers have taken up the mantle of traditional craftsmanship toddler bounce house and found ways to make it appealing to contemporary tastes by engaging with traditional materials like glass, ceramic, and sisal through innovative techniques and technologies, or by using traditional techniques such as weaving. TAKT PROJECT’s Curio will present works being made in real-time, creating a glass lighting collection through the use of artificial LED light to solidify and melt resin. Wexler Gallery will show new ceramics by Roberto Lugo in an immersive installation of large-scale funerary urns, evoking the makeshift memorials to gun violence in America and bridging the gap between two genres that may not otherwise coexist: hip-hop and decorative arts.

More Japanese designers will be presented at the fair than ever before, representing a flourishing community of designers and a strong market for collectible design in the country. Erik Thomsen Gallery will present exceptional bamboo baskets and urns from Japanese masters from the past century, including the multidisciplinary artist Shōkansai Iizuka. Sokyo Gallery from Kyoto represents thirty-five Japanese and international artists working across mediums such as textile, lacquer, ceramics, painting, and photography.

Increasingly, the gallery booth has become an extension of the works inside, with a number of designers working alongside gallerists to curate how visitors encounter and experience their pieces. In addition to their traditional gallery booth, Friedman Benda will be collaborating with Daniel Arsham on an immersive installation that breaks away from the traditional constraintsof an art fair to create a fictionalized domestic environment inside a Japanese-inspired home. Functional Art Gallery’s stand will reinterpret the Abstract Gallery from Peggy Guggenheim’s groundbreaking 1942–47 gallery Art of This Century, placing contemporary artists in conversation with the historical setting.

Historic and Contemporary Design from Africa

African design from the turn of the century represents a growing interest in historical design from outside the Western tradition. Kerr Fine Art’s Curio takes an expansive look at African functional and utilitarian objects from the 1900s to evaluate their impact on modern design forms. The South African designers represented by Southern Guild are some of the most avant-garde contemporary designers working out of Africa, including Andile Dyalvane, Madoda Fani, Dokter and Misses, and Porky Hefer. Mindy Solomon Gallery’s Curio shines a light on the art of diasporic cultures and includes Basil Kincaid’s sculptural textiles inspired by the quilting traditions of black Americans and West Africans. The Curio will also present works by Donte K. Hayes, an American ceramicist whose work fuses African tribal history and modern influences like hip-hop and Afrofuturism.

Galleries will pay homage to female icons of mid-century design, highlighting the important legacies of women who pioneered furniture and lighting design in the twentieth century. As the designs of Charlotte Perriand are currently the focus of a major exhibition at the Louis Vuitton Foundation, her diverse body of work will also be a highlight at Design Miami/. Galerie Patrick Seguin will continue to emphasize the importance of Perriand’s work with a cabinet made for the Cite Cansado in Mauritania, while Magen H Gallery is presenting Perriand’s works inspired by her numerous trips to Japan, including a unique example of her iconic Table à gorge. Lebreton will present a rare exhibition of original works by Suzanne Ramié, one of the most influential ceramic artists of the twentieth century, a major influence on other artists at the time and a collaborator with Pablo Picasso. 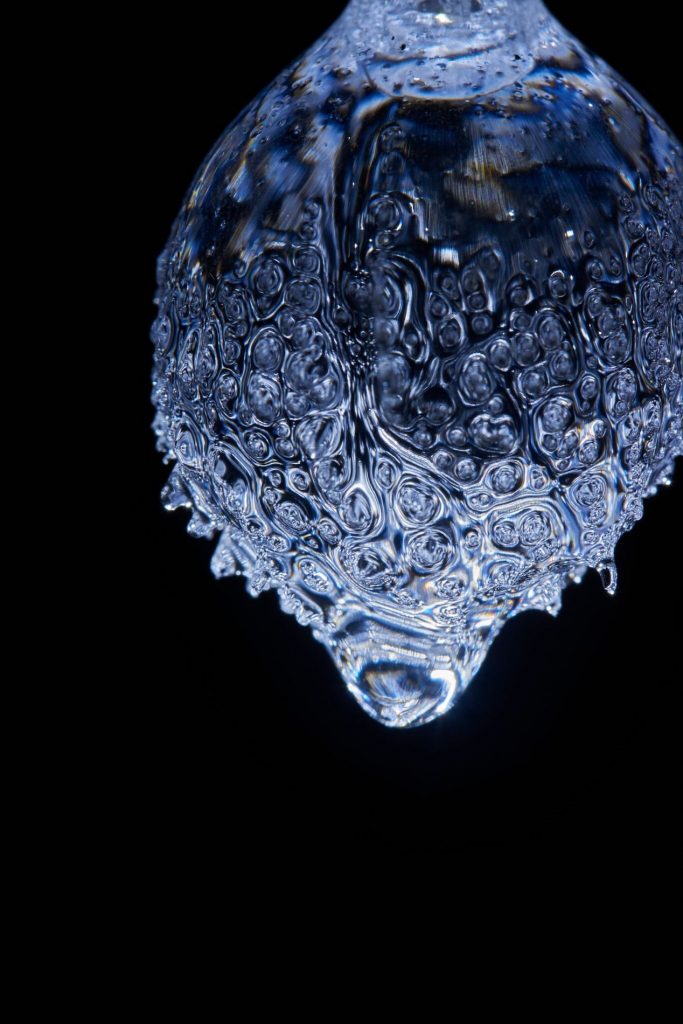 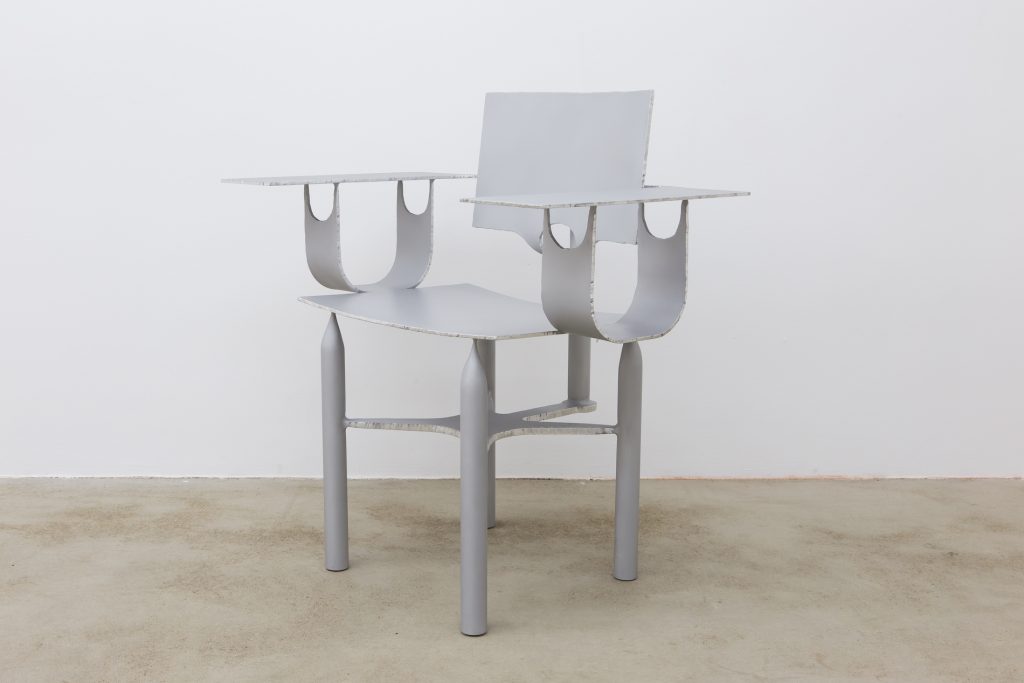 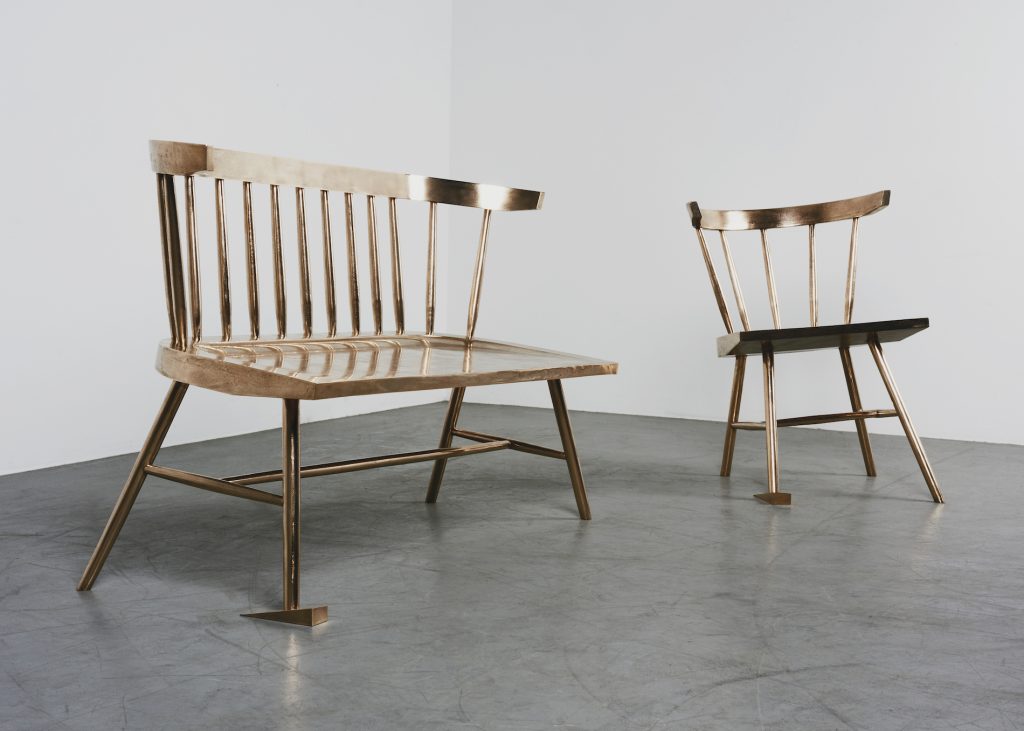 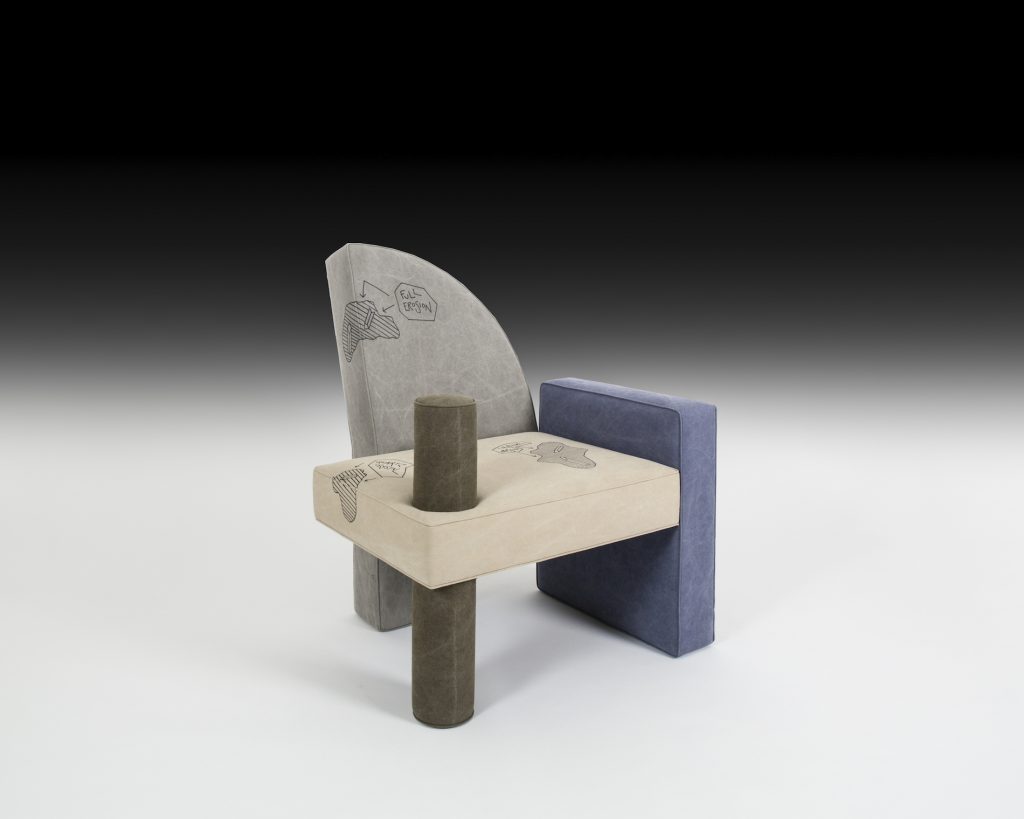 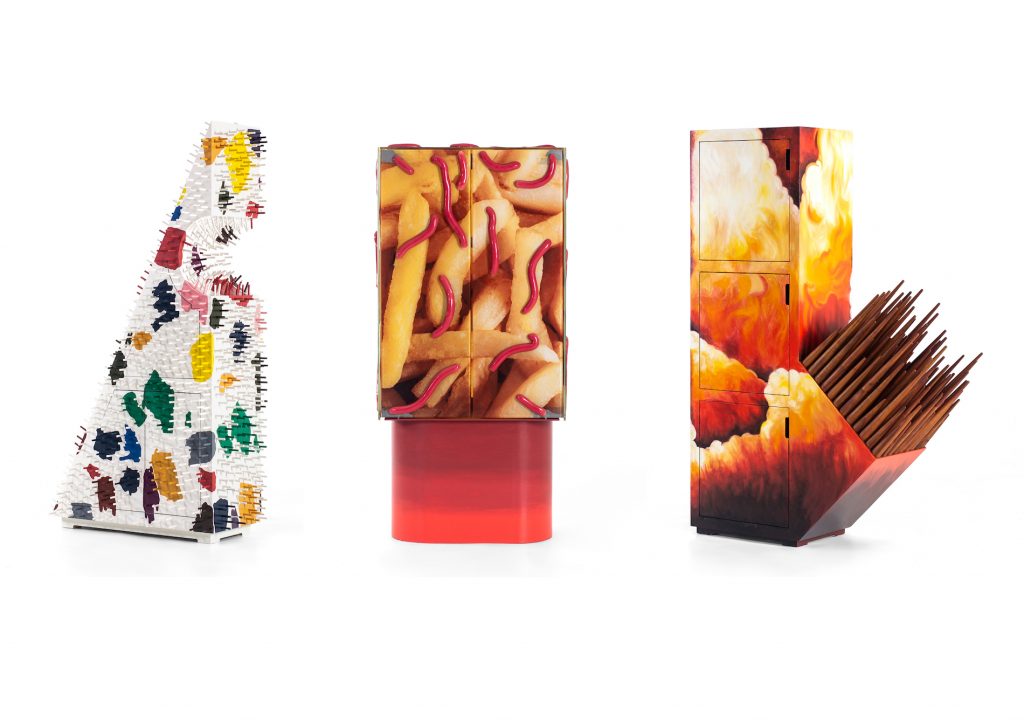 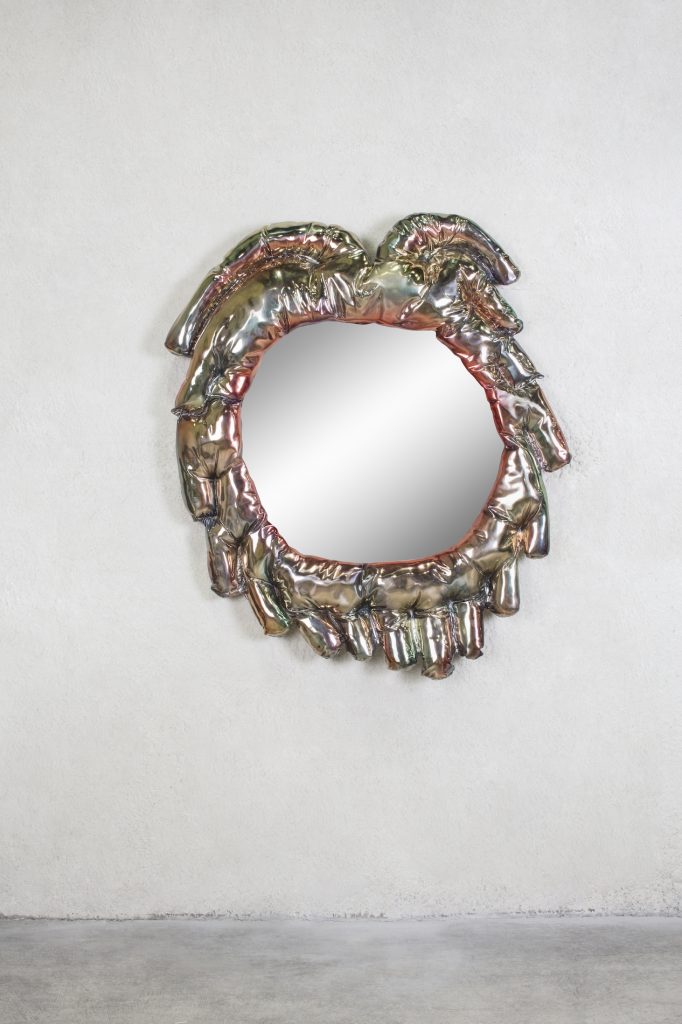 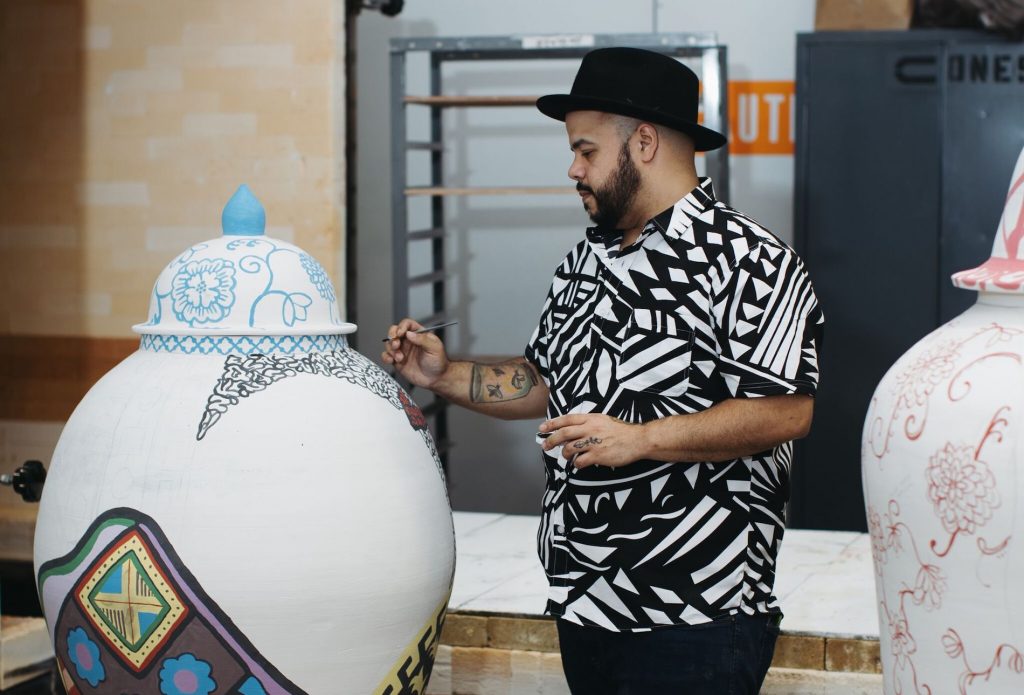 Artwork by Roberto Lugo (2019) Images by Neal Santos courtesy of Wexler Gallery.
‹ Back