Roger Caillois perceived the “art of nature” not as an anthropomorphic projection, but as “one of the secret cyphers of the universe”. He also greatly admired the Chinese painter K’iao Chan and his act of simply appending his signature to a fragment of marble. Within this fragment of marble would appear mountains; with their peaks and waterfalls, caves, paths and hidden chasms.

The manner of regarding stones as active objects with a capability of awakening the imagination has been recognized since antiquity. In China, the ability to perceive forms in the involuntary drawings of marble surfaces was considered to be an exercise of aesthetic expression. Geological treasures, which were (and to this day still are) selected for their ability to stimulate thought, imagination and wonder. The subtle and ambiguous patterns of these dreamstones were believed to be a source of knowledge and insight for any sage who was able to study them patiently. As Callois writes in ´The Writing of Stones’: “such objects… reduce space, they condense time. They are the object of prolonged reverie and meditation… The sage contemplates them, he ventures into them…”. And the more unusual and undeniable the image, the more the stone is prized.

Often the dreamstones were accompanied by a short poem:

“In its ring of mountains
An ancient temple looks new
Here the spirit seems as keen
As the wind, the air, the trees.
How can such a feeling be expressed?”
(Callois, The Writing of Stones, 1970)

Reverie reconciles the world and the subject, past and present, solitude and communication, material and spiritual. By assuming the whole universe in its images; simultaneously creative and natural, the value of reverie is indissolubly aesthetic and ontological.

Reverie gives us a cosmos. In this age of the Anthropocene, in an age of widespread spiritual neglect, where we have developed a fragmented vision of the universe, loosening our connection to nature, I have come to believe that these dreamstones can function as a tool to reawaken the sense of the spiritual, aspiring to harmony and unity. A way of returning to those archaic societies where man once viewed himself, as a part of nature, and nature, as a part of himself, where all elements of existence were interlinked. The scared symbolism of the dreamstone can enable us to journey towards a deeper connection with the cosmos itself; towards something that is deeply embedded within us. By compelling us to dream, we are guided towards confronting the reality that actually is.

As I sit calmly facing my Chinese dreamstone table screen, I observe the marble’s square shape, with it’s rounded-edges, imagining it all those years ago still lying, unfound and unpolished, by the river at Dali, in the Yunnan province of China. It stands on the table with such grace and stature in its wooden screen-frame now. The life of this particular piece of marble is, in my own humble opinion, touched with reveries of water: the marble veins are in flow; as if water was cascading down from a waterfall. But the dream changes every time I decide to contemplate it. Yesterday, there was a transient skyscape of blurry, grey clouds alternating slowly into clearer parts; the calm before the storm.

By bringing together stone and water, a world of reverie comes alive: giving water the power to secrete stone, and stone the power to flow into rivers. Drawing on deep oneiric sources, Gaston Bachelard positively encourages the reader in his essays on the four elements to develop their own material imagination to determine our own individual dreams. Exquisitely written in their entirety, Bachelard, in a very similar way to Caillois, was the inspiration for my ‘Songes de Pierre’ series of watercolour and ink paintings on paper. These pieces are best experienced if one imagines the colouring agent in its process of incrustation, reanimating the dreams of Bernard Palissy, who claimed that stones and crystals are formed by “the congelative effect of a certain kind of water which concentrates earthen distillates into an ‘ink-like’ substance”.

For Bachelard, water, like fire and earth and air – is an element in a pre-Socratic sense, and is therefore both ‘inner’ and ‘outer’. By water, Bachelard refers to seas and streams, as well as bodies of water that populate our reveries and dreams. Once the active imagination has been stimulated, where we are thinking, willing beings, an openness is retained – ‘here the depths are not so fearful, nor the heights so unattainable’, he writes. Here, we can reclaim, relive, retrieve and even transform experience in our imaginative selves.

In the ‘Pierre d’eau’ series, I attempted to take the viewer back to a rediscovery of water’s elemental forces, a feeling of being inside of its substance… flowing through an inner space of a stone, through it’s deep and shallow inner waters. As is the function of the traditional dreamstone, I wanted to allow for imaginations to expand. Our interior space is pressed outwards, as if moving imaginatively with the ripples of water, expanding our way of seeing, never linear or logically casual, flooding through into a union of sedimentary grey tones.

TLmag’s sister gallery Spazio Nobile has represented Amy Hilton since 2018. Her solo show of works on paper, Dreamstones, took place at Art on Paper in September 2018, and began a larger series of work around the subject of dream stones. 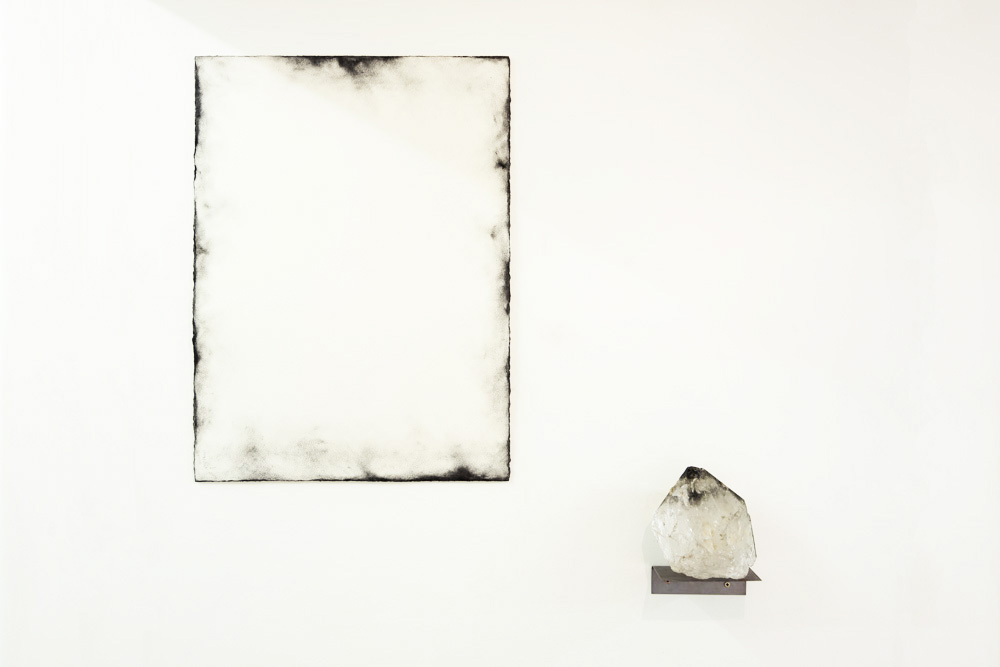 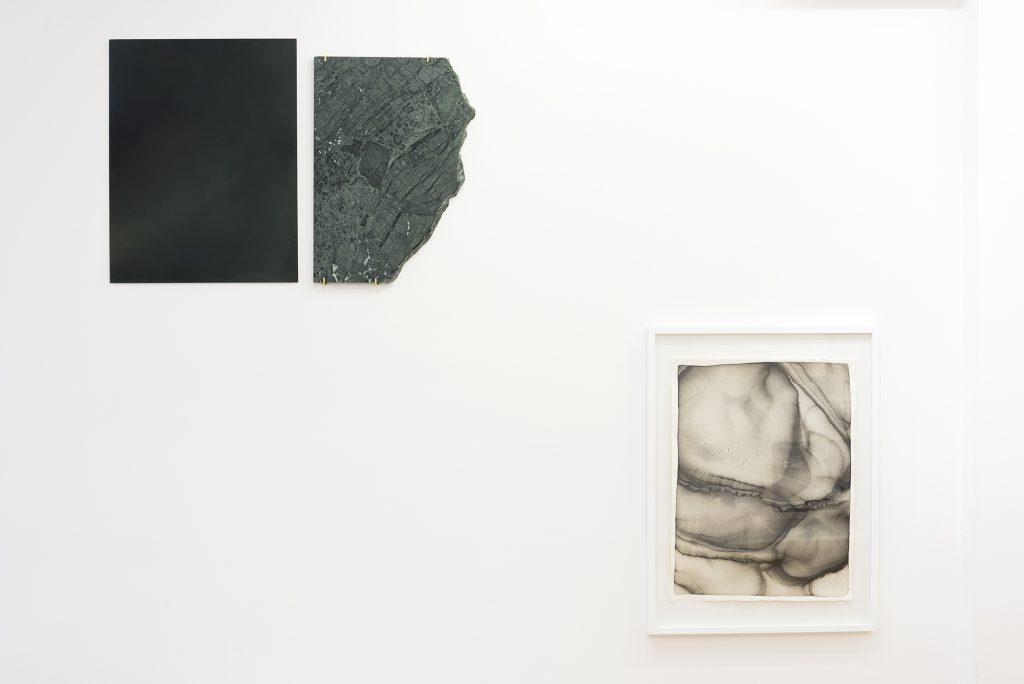 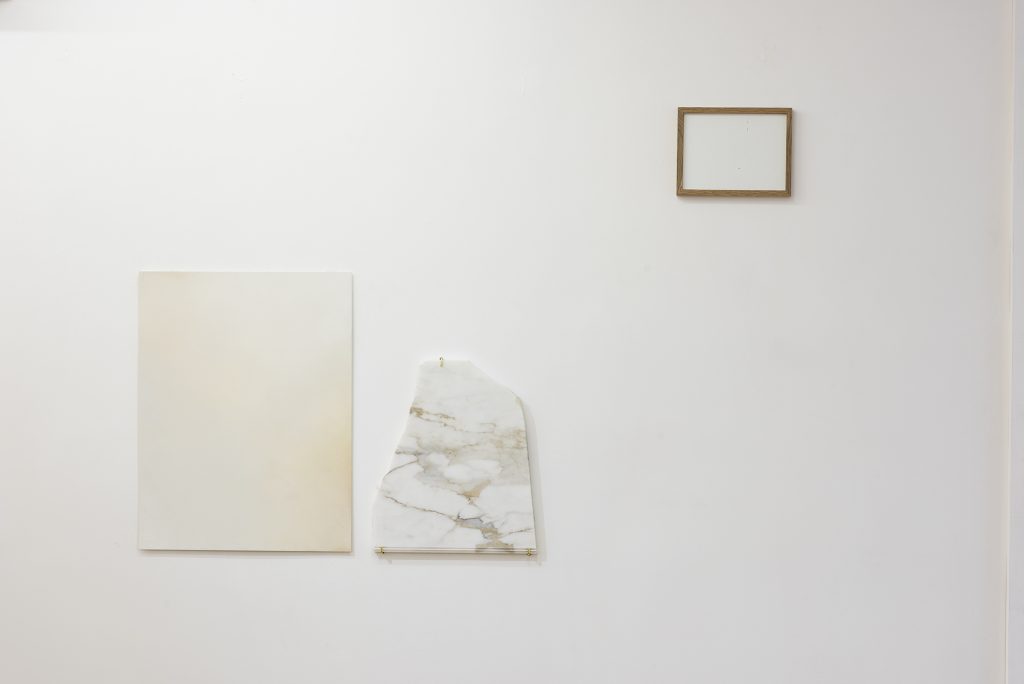 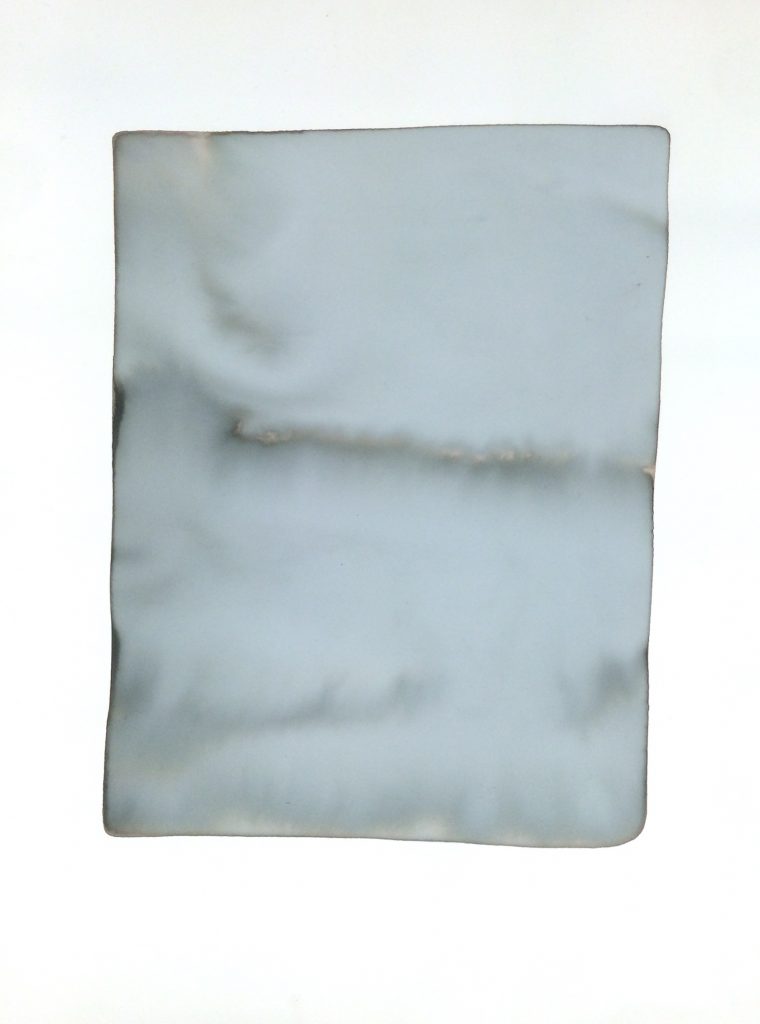 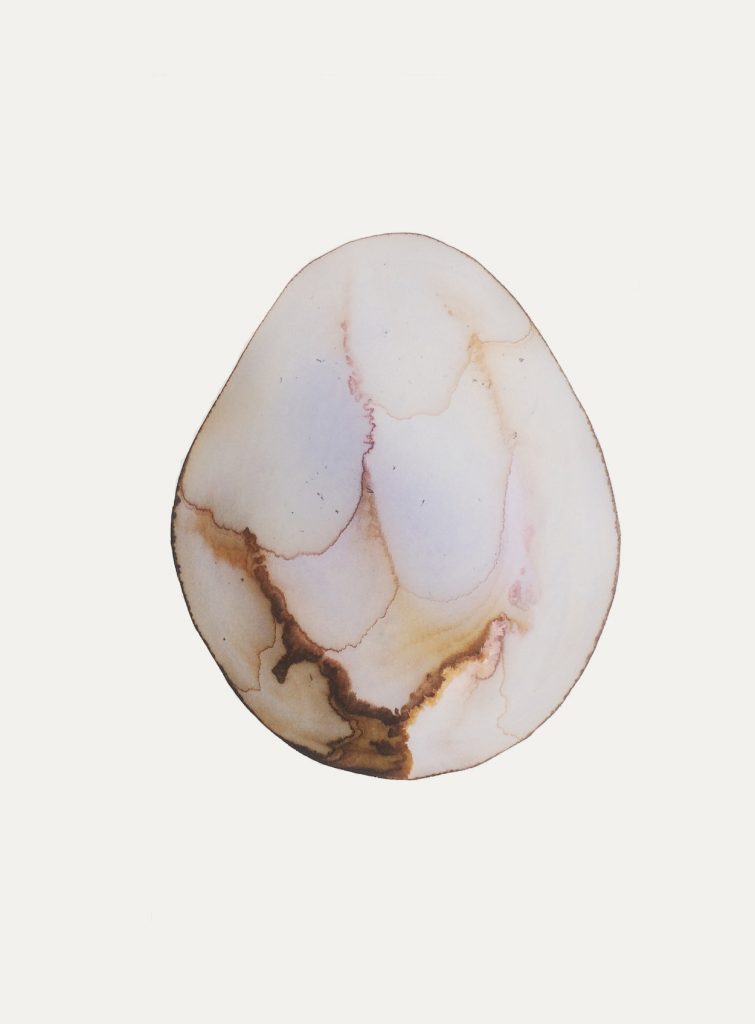