While Paula Zuccotti was in Dubai, setting up the objects for the most recent iteration of her Everything We Touch series, people in her native Argentina were engaged in a heated debate about mate. The tea and its container were the throwaway subjects of a viral WhatsApp audio message from a woman who complained about her neighbours’ intake of a drink so widespread it’s almost a national cliché. And yet, here was the “cheta del Nordelta” —the posh lady from the Nordelta— politically charging what was previously thought to be a social leveller.

Even everyday objects have a lot to say depending on who owns them.

That’s been the basis of the Everything We Touch photo series, which Zuccotti started in her adoptive hometown of London. By documenting the items that people all over the world come in contact with in 24 hours, she hoped to find uncomplicated ways to explain our complicated motivations, weaknesses and sources of joy. “These objects are a window into someone else’s lives,” she explains. “The objects act as storytellers in their own right, and while you are trying to piece together a day in someone’s life by reconstructing their physical footprint you learn about their needs, their desires, their beliefs, their hopes and sometimes their fears via the things they come in touch with.”

For the Dubai Design Week, Zuccotti created a pop-up live installation, documenting the lives of locals both UAE and foreign born —understandable, with the ratio of expatriates to Emiratis in the country being around 4:1.

There are the objects lent by Yosor, a 37-year-old Iraqi who works in the DDFC Dubai Design Fashion Council and reads Mitch Albom. In the image containing the possesions of Jagjet, a 28-year-old from India who works at a transportation company, the neon yellow of a safety vest is overshadowed by the presence of sporting items. 21-year-old Mariam, born in Abu Dhabi, makes English-inspired dresses for girls and still uses a rotary phone. The chef and founder of the Cuisine Uno restaurant, John from the Philippines, pays as much attention to wine as he does to pie charts —and apparently commits the chef crime of eating Weetabix for breakfast.

“From work tools to sports equipment, from clothing to beauty and grooming, from food to medicines to vitamins, from religious items to rituals and customs, the photos talk about the multiculturalism and the fabric of everyday lives in Dubai,” explained the researcher. It’s a deceptively simple but surprisingly enlightening way to make sense of the bits of ourselves we place in the things we consume.

In the meantime, Zuccotti is busy finishing her documentary on the project, which took her from Tokyo to Madrid, from Arizona to London. It features the experiences of some of her previous participants, with side notes from design, history and anthropology experts —what she calls a form of “future archeology.” Wonder what future archeology would make of her Dubai series, shot at a place and time of ebullient and yet intricate growth? 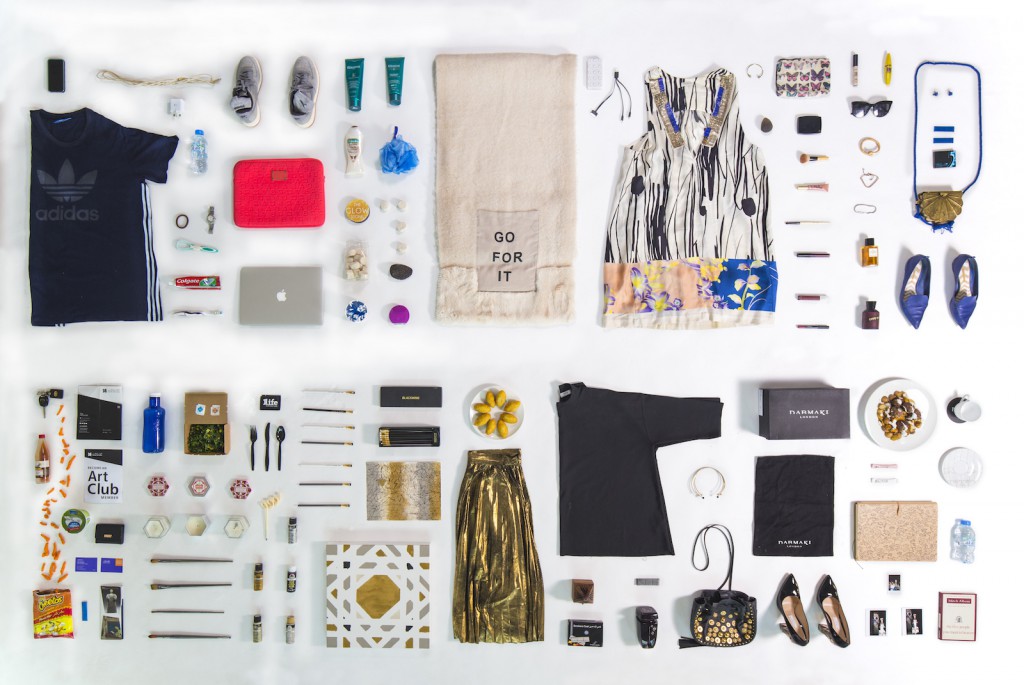 Items provided by Yosor, a 37-year-old Iraqi who works in the DDFC Dubai Design Fashion Council 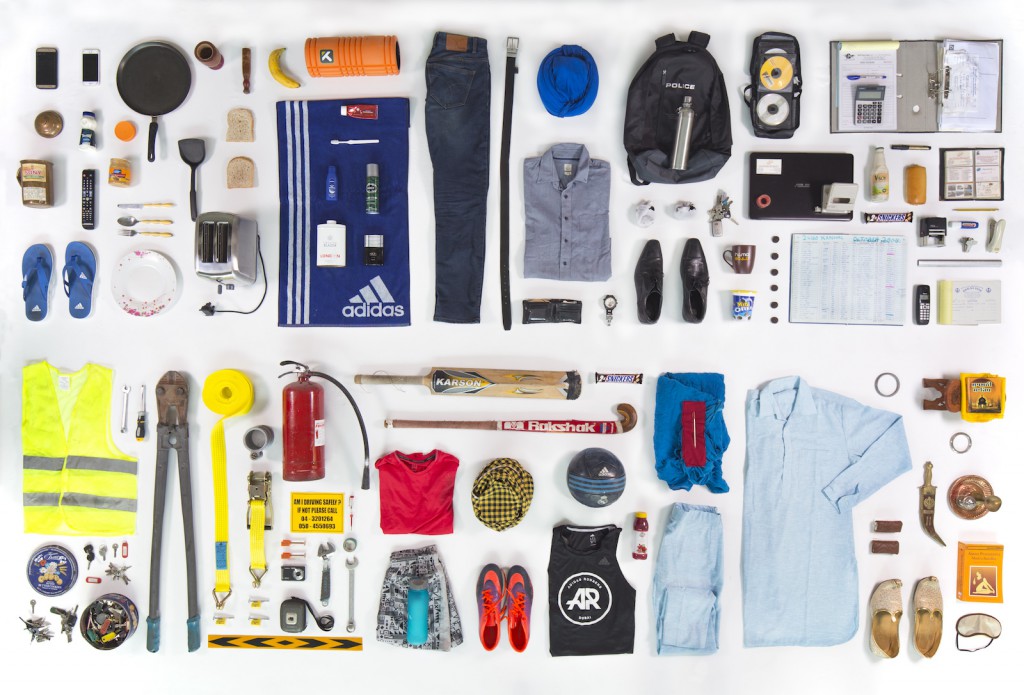 Items provided by Jagjet, a 28-year-old from India who works at a transportation company 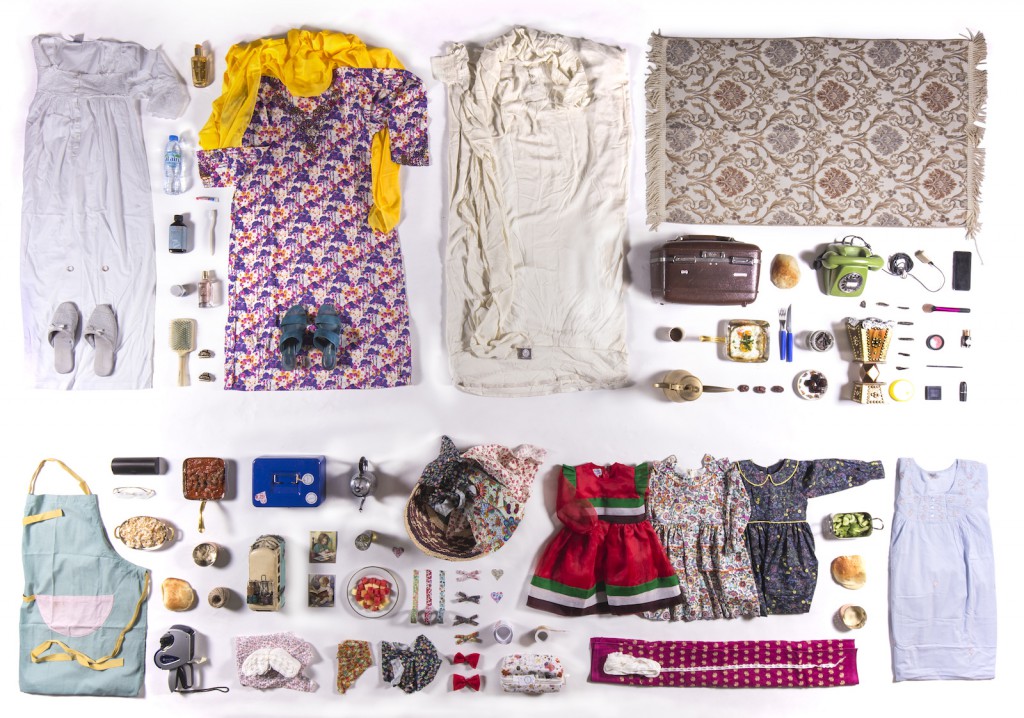 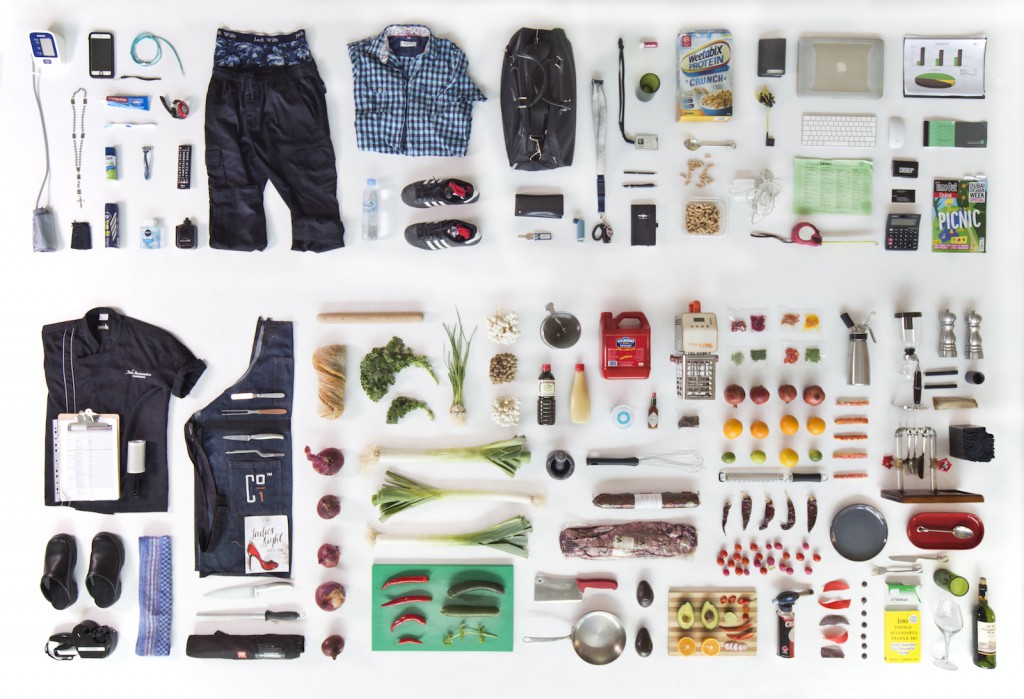 Items provided by 32-year-old chef John, from the Philippines
‹ Back