Glenn Adamson is a curator, writer and historian based in Brooklyn, who works across fields of design, craft and contemporary art. Currently Senior Scholar at the Yale Center for British Art and Editor-at-Large of The Magazine of Antiques, he has previously been Director of the Museum of Arts and Design, New York. His book, Fewer Better Things: The Hidden Wisdom of Objects, was published by Bloomsbury in August 2018.

TLmag: As the former director of the Museum of Art & Design in New York, and after so many years of design research, what is your definition of material culture? Is there a universal one or many of them when looking at Eastern and Western backgrounds?

Glenn Adamson (GA): When I was curating an exhibition on Postmodernism at the V&A, back in 2011, people would often ask me: “well, what did we have after postmodernism came and went?” My answer was that after postmodernism, there is no “we.” In fact, what the pluralism of the 1970s and ‘80s did was to expose the fact that linear narratives about material culture and the universalism that they imply, have always been very partial, usually Eurocentric. Interestingly, there is now a possibility that we will have a shared international digital landscape. But it’s so fragmentary and contested that ‘shared’ doesn’t seem like the right word, somehow, and in any case, it’s more like an interpretive layer atop the infinitely diverse field of material culture.

TLmag: In the conception, research and development processes, how would you see archaeologists, artists and designers interacting with each other? Have you already experienced some co-creative projects in the framework of your work at the Cooper-Hewitt Parsons School in New York?

GA: Material culture is really strengthened by its cross-disciplinary intellectual background. The field was originally developed by archaeologists, anthropologists, and decorative art historians all working together. In my own work as a craft historian, I have seen a similar phenomenon – insights drawn from anthropology and art history mix freely in that space, alongside ‘statements of practice’ by makers. The publication I co-founded over a decade ago now, the Journal of Modern Craft, draws on this full range of disciplinary voices. It’s certainly informed by teaching at Parsons too – I often get designers and artists as students there, alongside historians, which I always find to be a great mix in the classroom.

TLmag: In this NEARCH project, the archaeological and artistic practices are revealed through contemporary art installations, video art and photography. To what extent would you see experimental designers opening up the door to new usages, applied to a contemporary context, both of fine arts and applied arts and design?

GA: I think here of the digitally-reconstructed Palmyra Arch that was placed in Trafalgar Square, in 2016, after the original was destroyed by ISIS. How would you categorise that project? It’s equal parts archaeology, preservation, public art, architectural design, and conceptualism. Another good example would be the work of Jorge Otero-Pailos, a specialist in historic preservation who also has an art practice; he pulls ’skins’ of pollution from important monuments and then displays them as sculpture. The contribution from the art side, here, is both the creativity to ‘re-see’ a tragedy as an aesthetic situation; and also, by extension, to bring public attention to the situation.

TLmag: What is your position and vision of such a cross-disciplinary approach in the ‘Art in the Making‘, which is also the title of one of your books?

GA: In that book, which I wrote with Julia Bryan-Wilson, we placed a great deal of emphasis on ‘distributed authorship.’ By this, we meant the sharing of responsibility – and in most cases, decision making – among numerous people. In the art world, which is still addicted to narratives of individual genius, this sort of collaboration is seen as deeply embarrassing. Yet it’s the way most highly-capitalized art is made today – and that’s been true for most of history, too. What we wanted to do in that book is show how critical frameworks around such complex practices could be enriching, rather than just critical. It wasn’t a case of the “emperor’s new clothes.” Rather, we wanted to show how multiple forms of agency combine.

TLmag: Are you curating any upcoming exhibitions which include this cross-over between archaeologists, artists and designers?

GA: I’m currently at work on a show marking the 400th anniversary of the Mayflower crossing. It’s a fraught topic, because for some people that moment marked the birth of America; for others, the beginning of genocide. And of course both are true. To deal with the ethical gravity of the situation, I felt we needed a curatorial premise that would somehow ‘excavate’ a way back to 1620. So I’ve asked 10 artists to contribute a work that will be made only using technology that existed in the early 20th century. No electricity, no video, no plastic. My hope is that the exhibition will vibrate temporally – as if one is standing both in the 21st and 17th centuries simultaneously – and this in turn will encourage reflection on the original contact between Europeans and Native Americans. We’re also helping the artists by connecting them with experts in period technology, so archaeologists and material culture historians come into the project in that way.

TLmag: There has been an emphasis in universities recently to open up research towards society; Archaeology and cultural heritage are highly concerned by this interdisciplinary approach, which helps remove barriers between the arts and nurture creation. How can creative industries such as art and design allow sciences to get closer to people and enrich their lives and point of view as human beings?

GA: I worked in the UK for eight years, eventually as Head of Research at the V&A. That gave me a really strong appreciation of EU research funding, which is probably the most proactive and intellectually rigorous system of its kind in the world. It’s been heartbreaking to see the calamity of Brexit unfold in so many ways – but one of the collateral areas of damage is that the British will likely now be cut off from this platform for international research. The Conventions you mention are certainly a positive thing, in that they encourage consensus around good practices. But I think they are more about imposing rules than encouraging new thinking. Right now – and I’m hardly the first to say this – we’re going through a spike of nationalism and cultural introversion. Rather than a right/left split in politics, we are instead experiencing a clash between people who view globalism and its inherent complexities as a positive thing, or at least something to think through; and those who want to jam their head in a hole and pretend it will go away if they scream loud enough. There’s no question in my mind that this reactionary instinct will be overcome eventually – but how much damage will it do in the meantime? In my own small way, I hope to make a contribution simply by focusing on craft and materiality as a common fabric, which crosses cultural and language barriers. If you love an object enough, it might just prompt you to be curious about the people who made it – and that kind of open-minded curiosity is exactly what we need. 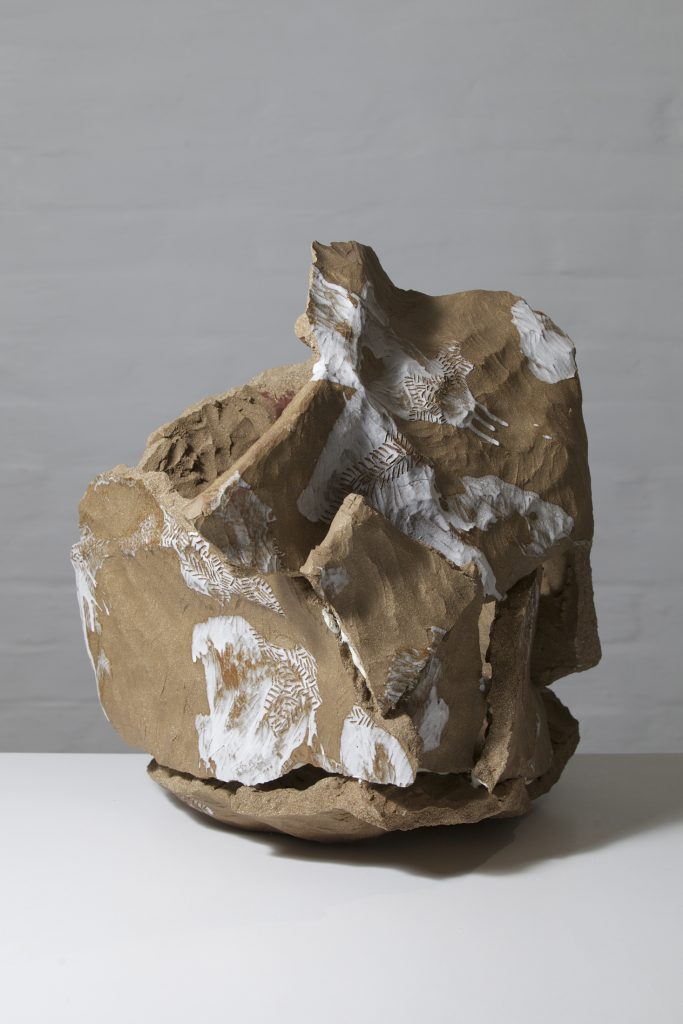 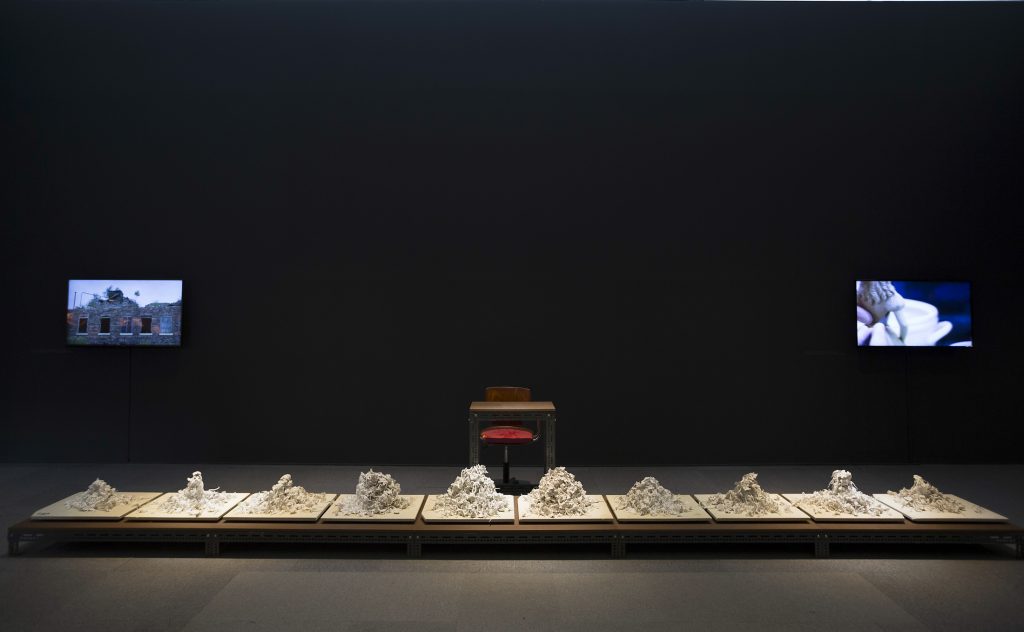 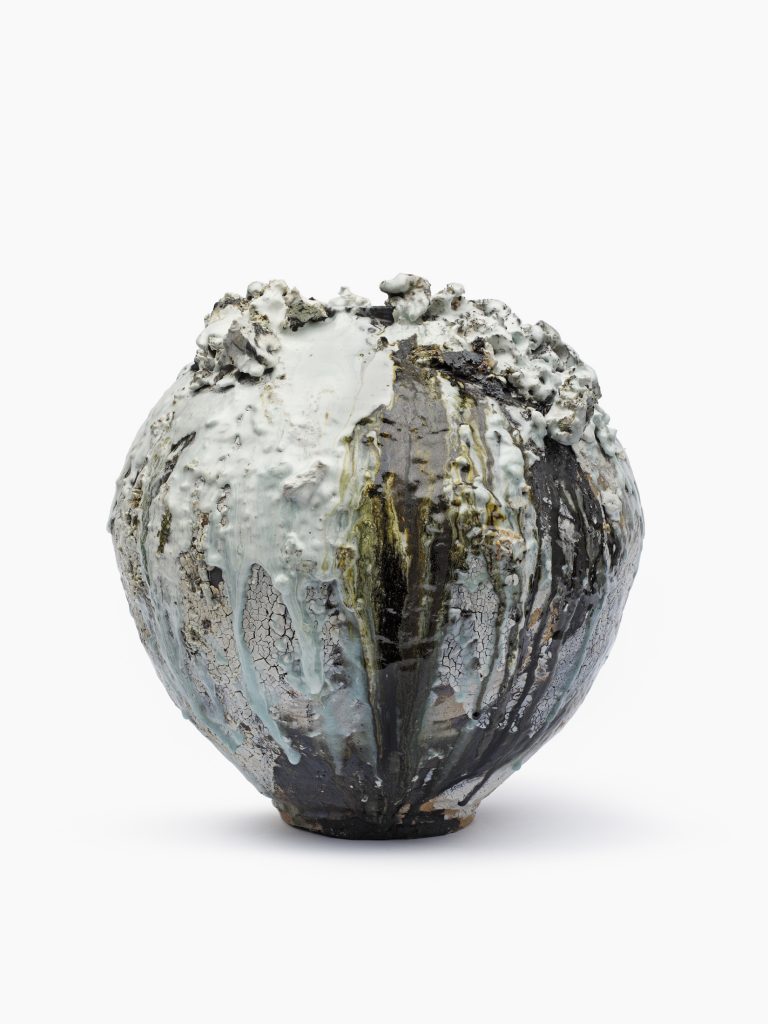 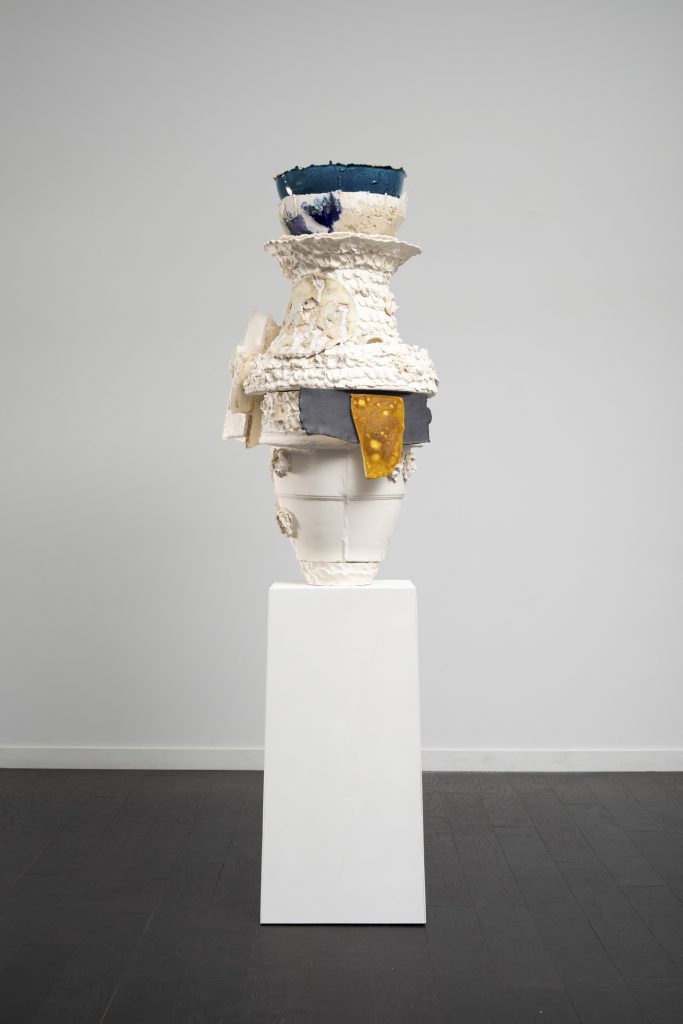 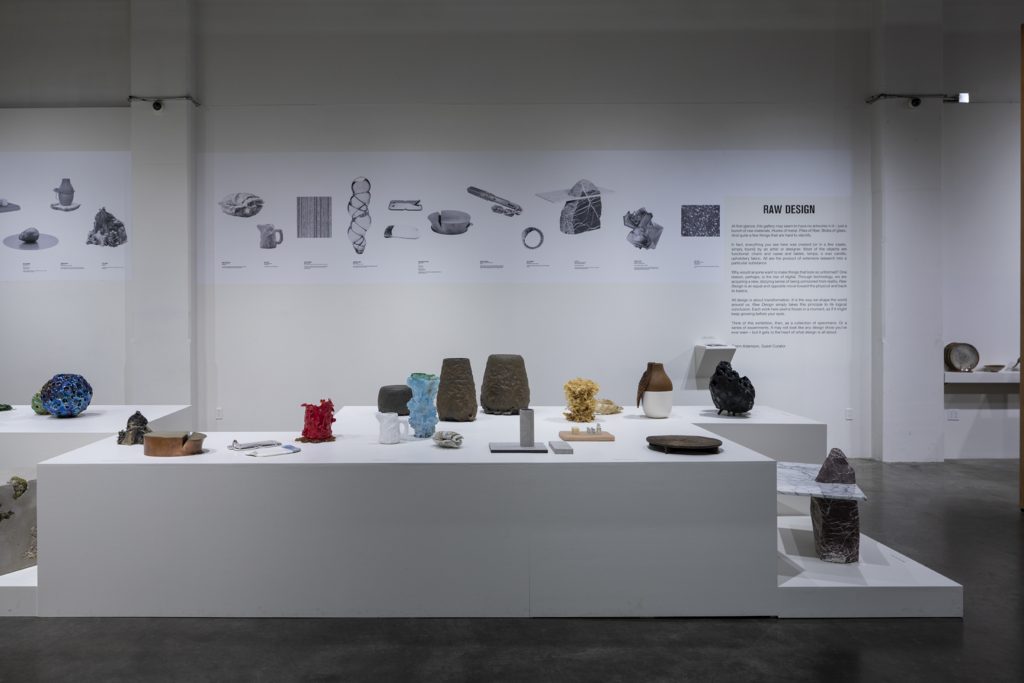 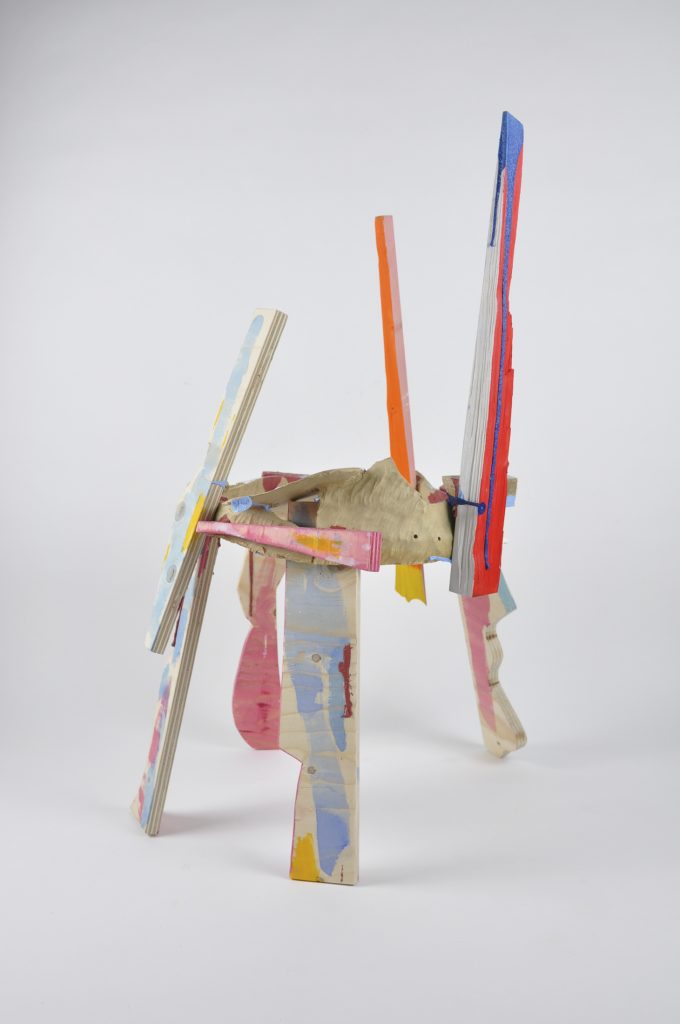 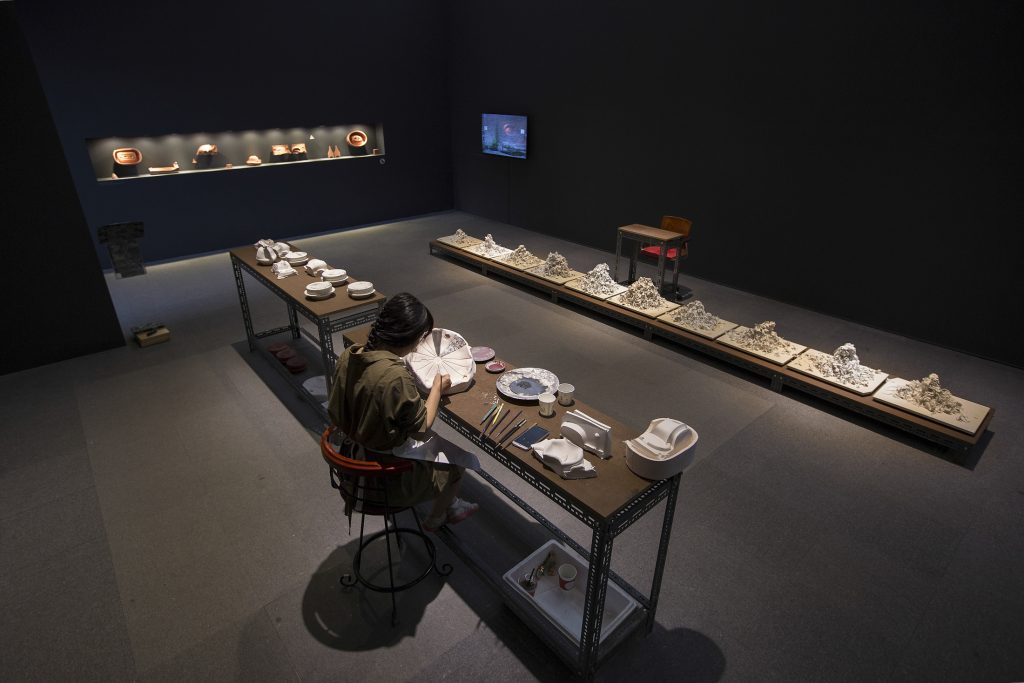 Neil Brownsford, Factory with Wongjeong Lee, 2017, courtesy of the artist 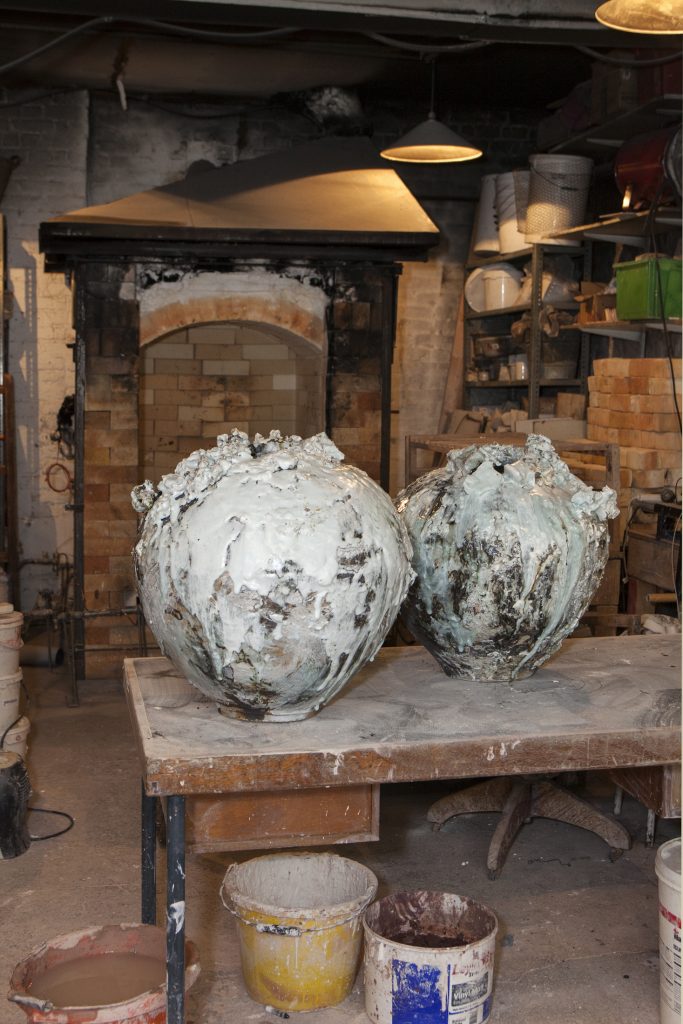 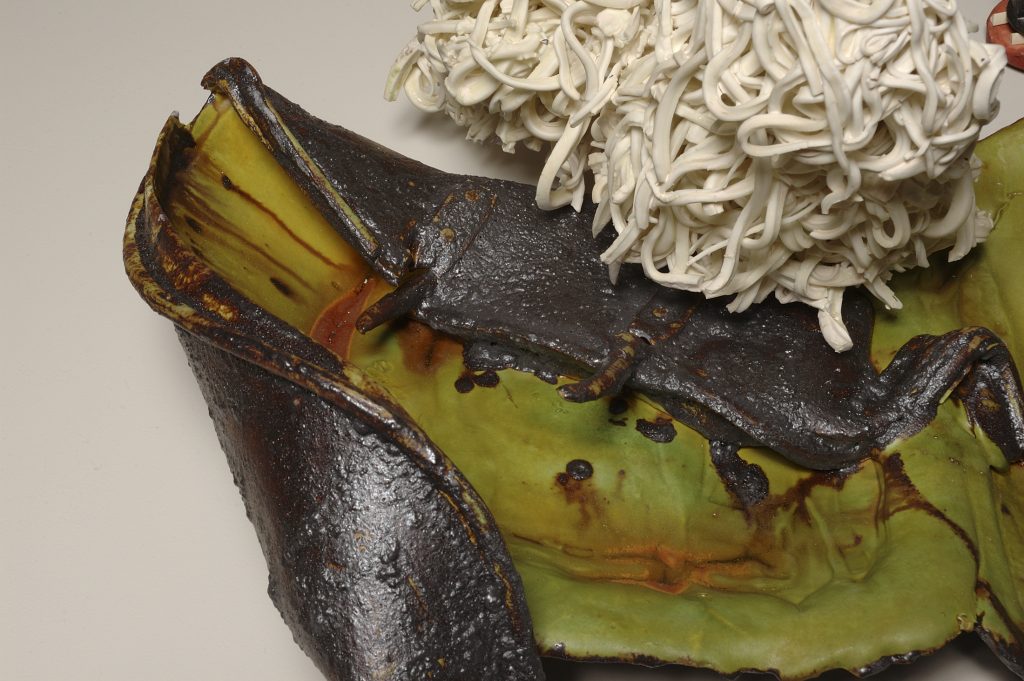 Neil Brownsford, 'A Salvage Series', detail, courtesy of the artist
‹ Back