Although af Klint barely ever exhibited her abstract works during her lifetime, her body of work is considered to be one of the most radical and unprecedented rediscoveries in recent artistic history. Challenging viewers in her use of colour, as well as scale and composition, there is still a lot to decode of the Swedish artist’s creative and spiritual oeuvre — a task that Moderna Museet Malmö has taken upon themselves. Transforming both of their floors into “Hilma af Klint’s temple”, their exhibition centres on three aspects of the artist’s life and interests – as artist, researcher and medium – which they describe as key to revealing and understanding her art.

With over 230 works occupying the museum, including the entire ‘The Ten Largest’ series, the extensive exhibition is a feast for the eyes and soul. At the heart of the exhibition are af Klint’s monumental works: ‘The Paintings for the Temple’, which the artist considered her most important creations. Produced over nine years between 1906 and 1915, all 193 paintings and drawings of these series are divided into smaller series and groups within the exhibition. Af Klint worked throughout her life to understand the deeper meaning embedded in these works — stating that the pictures were painted directly through her “….without any preliminary drawings and with great force. I had no idea what the paintings were supposed to depict; nevertheless, I worked swiftly and surely, without changing a single brushstroke…”. The overall theme of the series is to convey different aspects of human evolution, instigated by polarity — which is also to be seen stylistically. The works are incredibly dialectic — incorporating a broad spectrum of expansive and intimate scales, biomorphic and geometric forms, as well as maximalist and reductivist approaches towards their composition and colouring. The series also thematizes different stages of development that every human being goes through during life on earth. The temple in the title refers not only to a physical building, which af Klint imagined would house the work but also to the body as a temple for the soul.

After completing ‘The Paintings for the Temple’, the artist tried to methodically gain an overview of her work and its possible meanings. The New Gallery within the exhibition is dedicated to the cartographic-like note-taking system that af Klimt dedicated herself to as a way to process and understand the deeper meaning of her spiritually guided work. In addition to this extensive overview of the artist’s material oeuvre, the comprehensive exhibition touches on the artist’s life, her own thoughts, her work and her various practices through the extensive catalogue that accompanies it as well as the various short-form videos that were made about particular series’ within the exhibition (which are all on view on the museum’s YouTube channel).

“Hilma af Klint had an inquisitive mind,” says Milena Høgsberg, co-curator of the show. “For her, painting was both an artistic activity and a spiritual one. When she was painting she meditatively allowed something bigger to pass through her and manifest itself in works of art. She then spent her life, systematically and analytically trying to understand the meaning behind her paintings, drawings, and writings.” 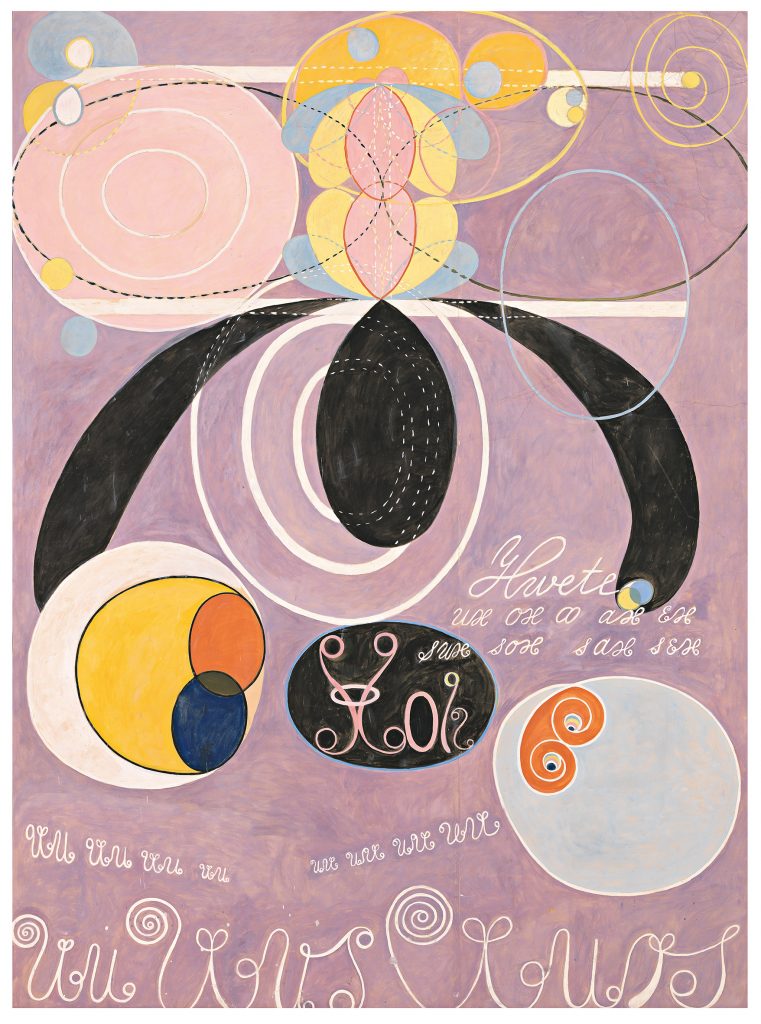 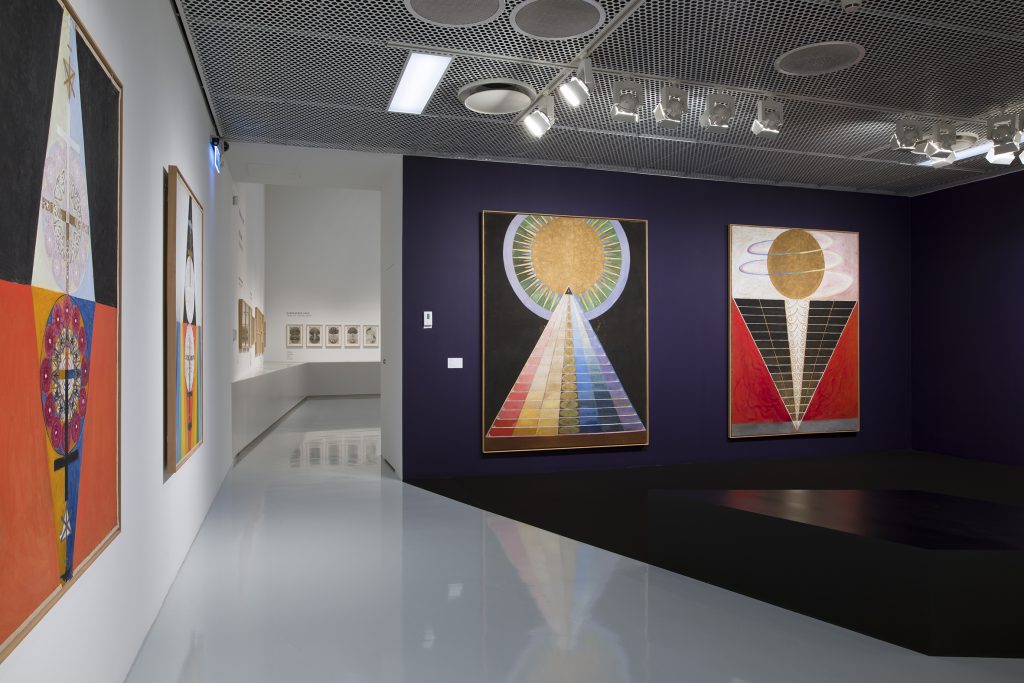 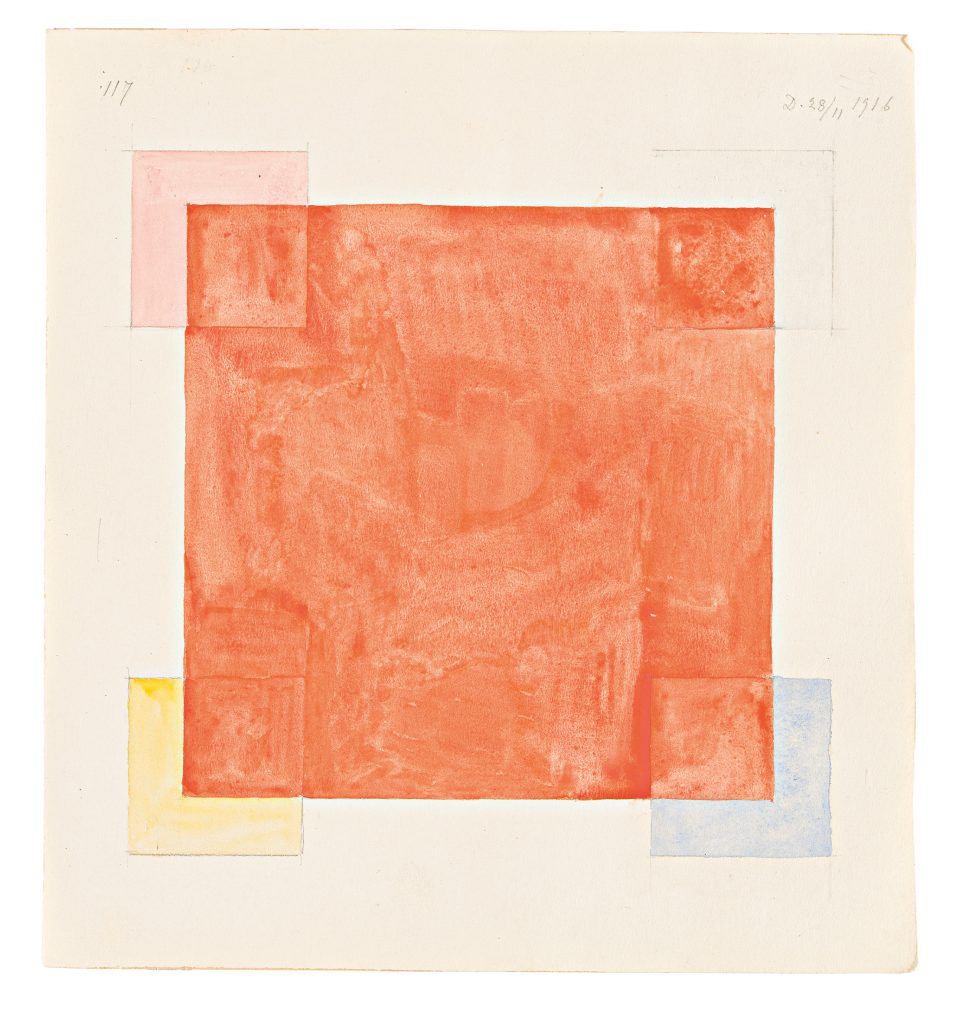 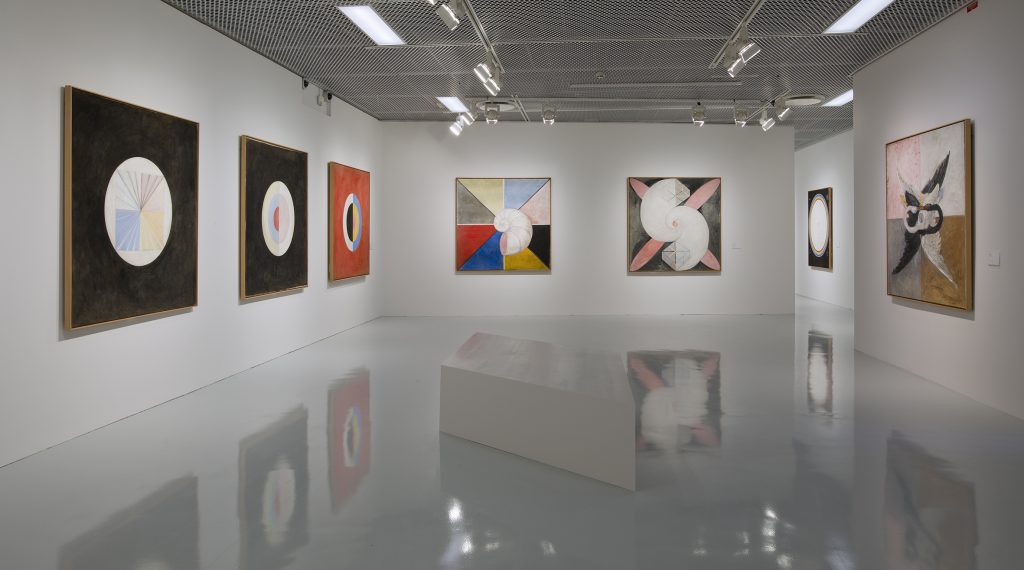 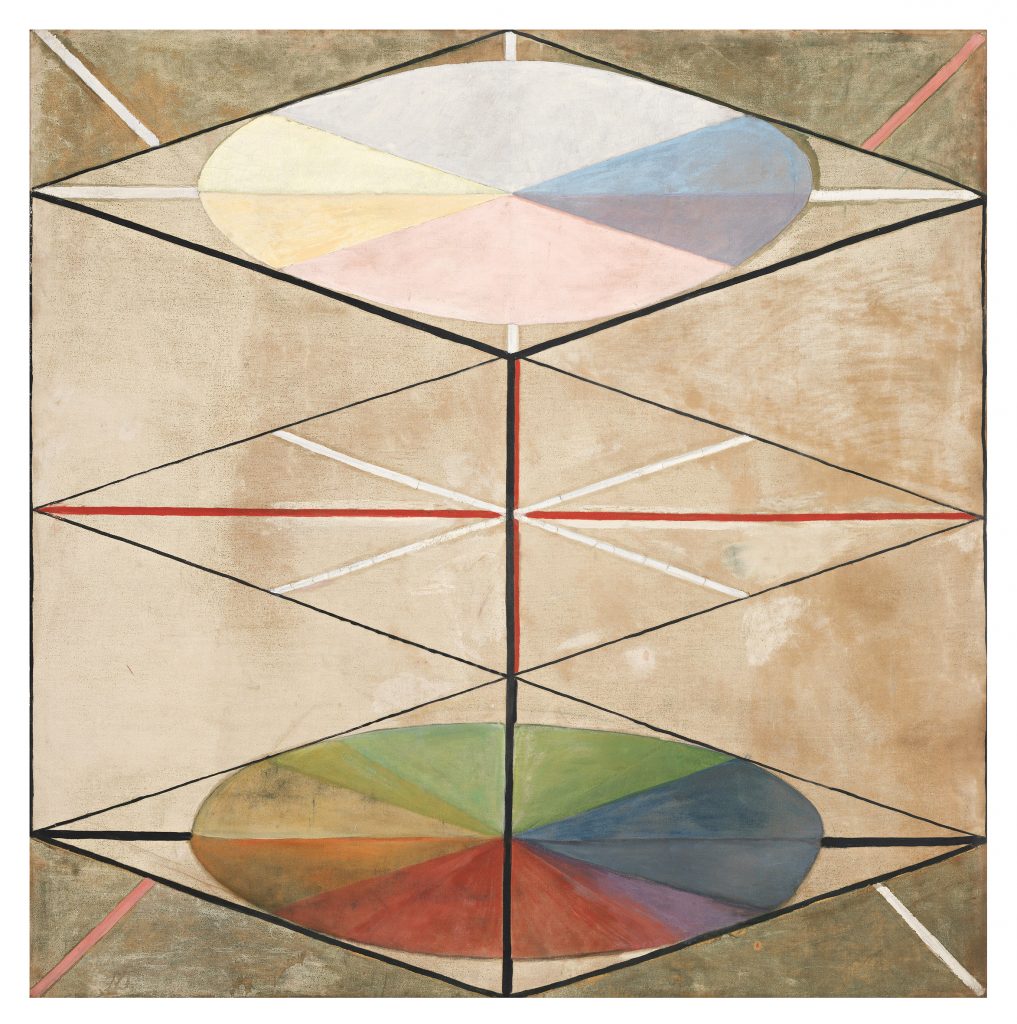 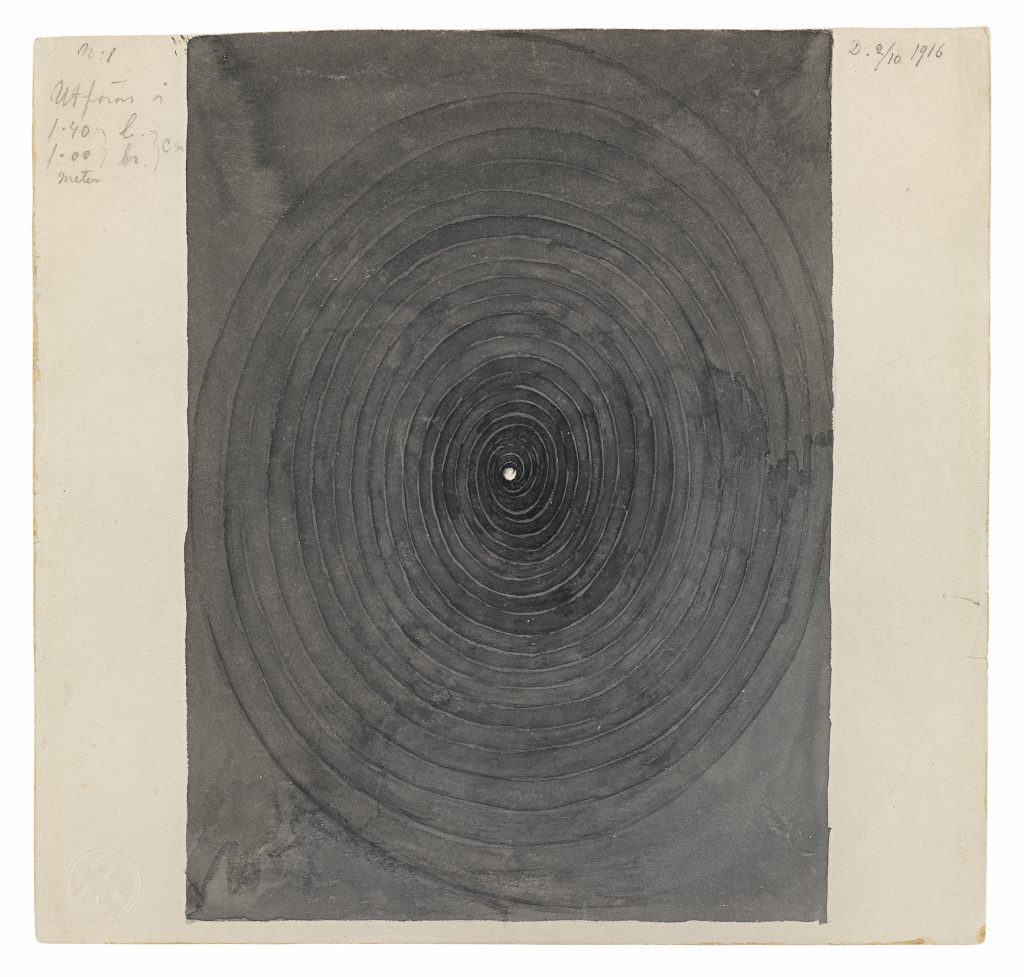 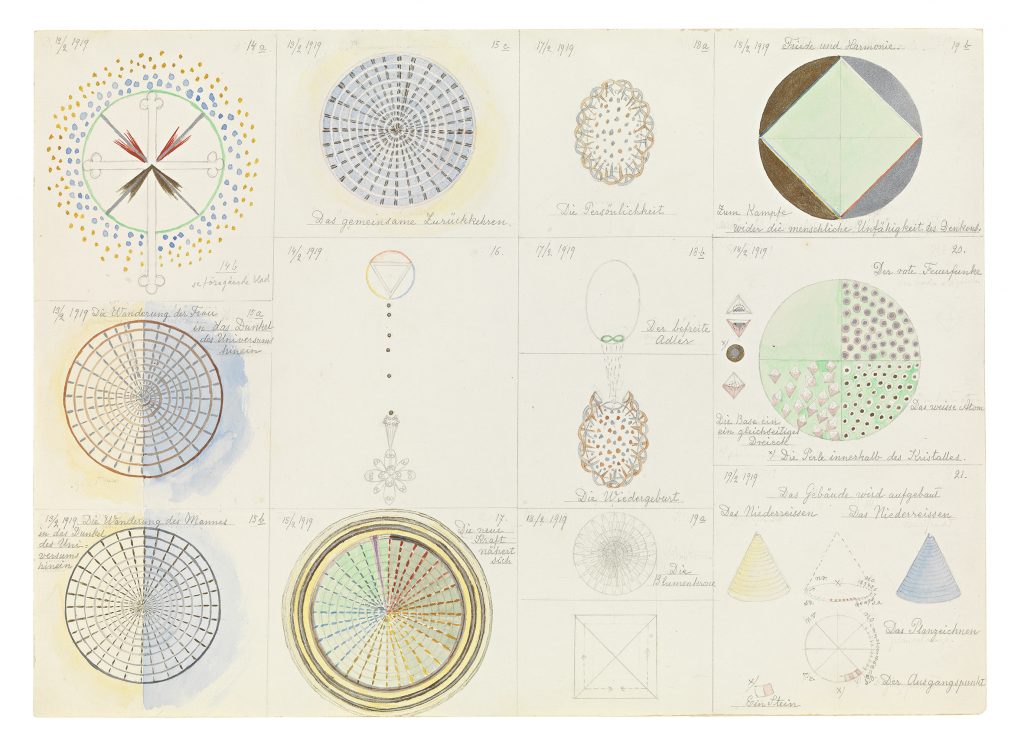 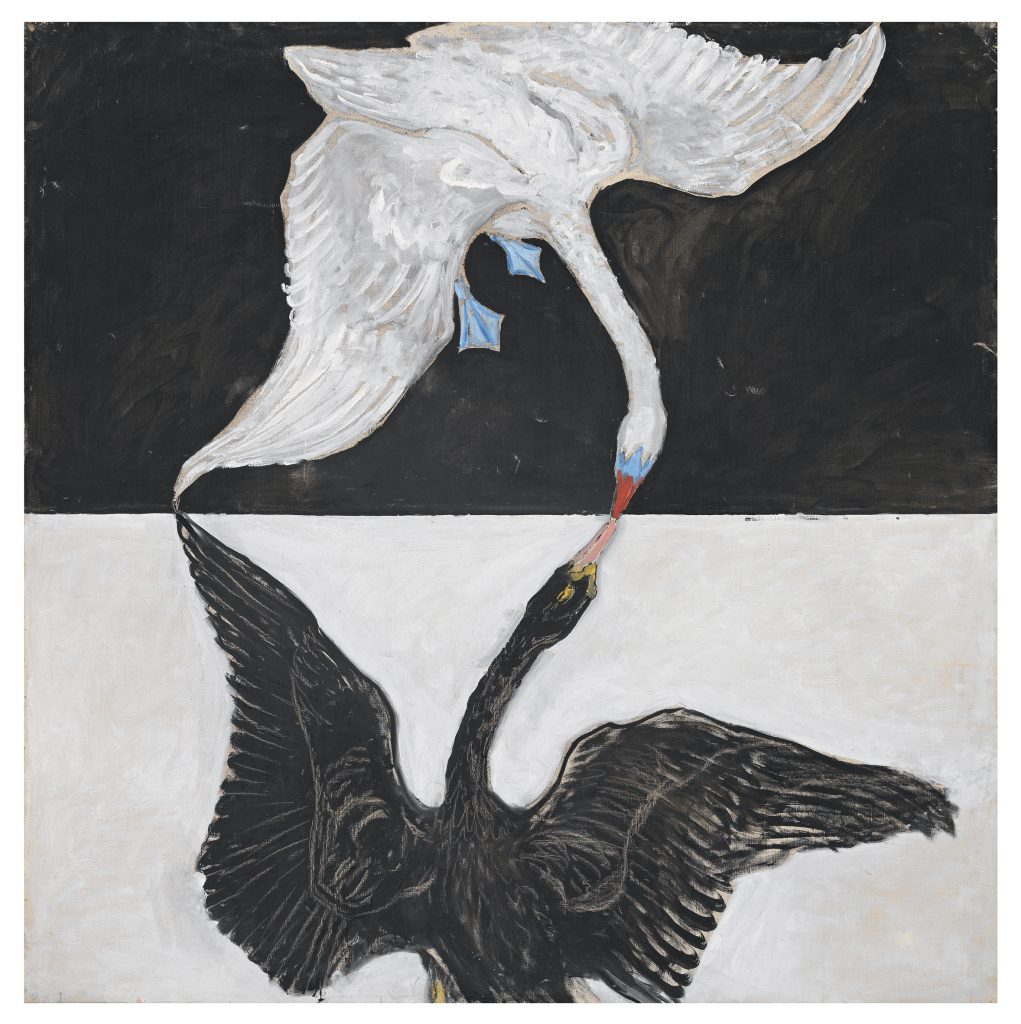 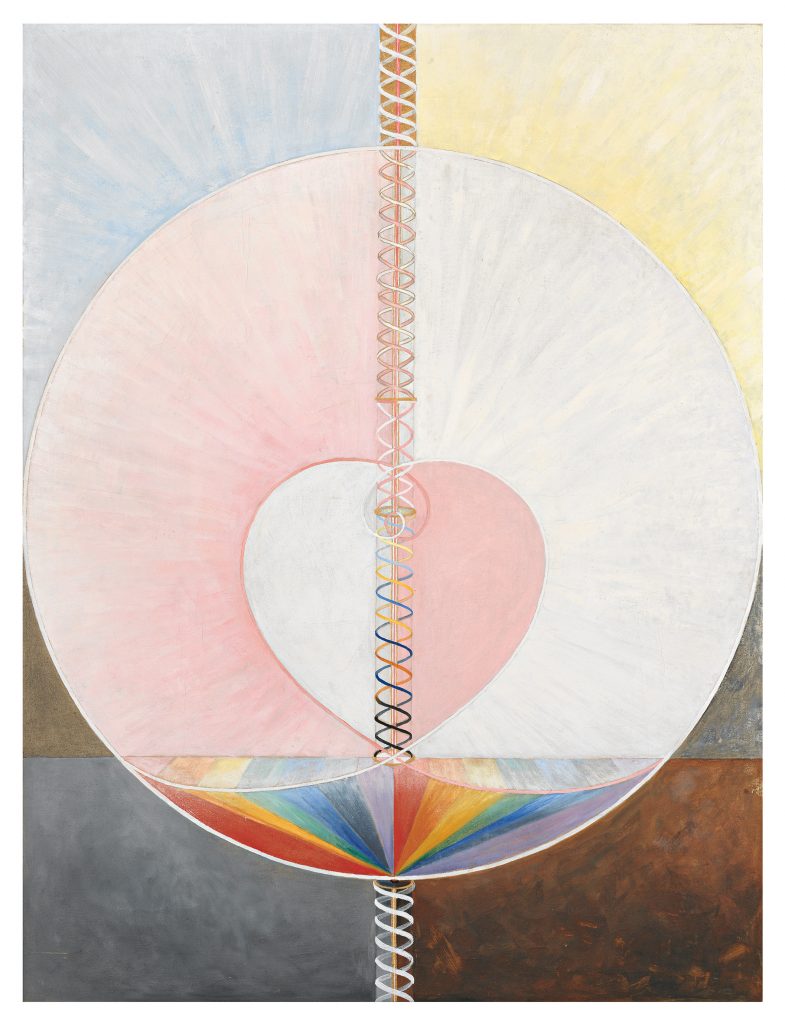