Textiles and cloth are the most familiar and fundamental companion that humans have had in their history, with a shared past that dates back millennia. One could even say that the history of textiles may very well be the history of humans relationship with technology and art. A company that is very aware of this linked history is HOSOO; a Kyoto-based and family-run textile company whose history can be traced back to the Kyoto silk industry of the sixth-century. Today, the company is widely acknowledged for its exceptional skills for its traditional Japanese three-dimensional weaving techniques and applying richly textured Nishijin* (a traditional textile produced in the Nishijin district in Kyoto) weaving to contemporary design. A few years ago, HOSOO started a new Research and Development project under the title HOSOO Studies, which aims to create a modern perspective surrounding the continuous relationship between human beings and textiles since ancient times. TLmag sat down with HOSOO’s current president and head of HOSOO Studies, Masataka Hosoo, to talk about these shared histories, the potential of implementing traditional techniques in cutting-edge technology and how he sees the next step for not only HOSOO but for textile production and manufacturing.

TLmag: What was the driving force/reason for starting HOSOO Studies?

Masataka Hosoo (MH): HOSOO was founding in 1688, and was mainly a kimono and obi textile-maker in the industry for about 320 years. About 100 years ago, my great-grandfather (the ninth generation of this family business) decided to enter the wholesale business as well; not just producing the textiles for kimono’s and obi’s but curating them and introducing them to the ordinary people at the time.

HOSOO Studies is a pursuit in understanding textile. It investigates the experiences passed through the oral history and physical knowledge of craftsmen in many varying climates — and does this in a way where we can explore the question “What is cloth for humans?” from a modern perspective. It officially started about five years ago, as I wanted to learn more about the stories and histories of Japanese textiles. It is more of a pursuit in understanding textile: one that can take us in many directions. Together with a photographer and writer, I visited over 40 textile houses and producers around Japan. We documented the techniques they used, their history and also went into a conversation with the crafts(wo)men who make very intricate, very complicated, and also very cultural, significant items throughout Japan. This project, including the documentation and travel, took a total of nearly four years. We ended up with over 20.000 photographs, which all got presented in “The Story of Japanese Textiles” as the first official instalment of this research.

TLmag: The most recent project, “Quasicrystal – in search of textiles through code”, combines traditional Nishijin textile techniques with computer generated crystal weaving structures. It seems like you’re not just looking into the juxtaposition of traditional, age-old techniques and technological production — but looking at their potential and how they can inform one another…

MH: For many, it’s probably quite natural to feel that there is a massive gap between cutting edge technology of today and the traditional craft technologies of the past. But if you go back 1000 years, especially in regards to weaving, we see that a lot of technology comes from the original loom. As time went on, and the loom moved from China to Japan and eventually Europe, and with that France, we see how the loom kept on being updated and improved upon. When Jacquard invented his loom, he made it much, much more manageable in regards to productivity — making it easier on weavers to handle the machine as only one person was needed instead of three or four. This loom, and its punch card and having holes — basically an “on” and “off” — could easily be translated to zeros and ones. Arguably, that is one of the inspirations for the modern-day PC programs. In regards to that, I feel like these age-old techniques are not at all separate from one another — but complimentary. It is all done in balance.

TLmag: This latest project is a synergy between weaving and computer programming, and you worked with a group consisting of a sound artist/engineer (Ken Furudate), a mathematician (Tatsuki Hayama), a designer in computational methods (Shoya Dozono) and an artist (Norimichi Hirakawa). What surprised me about the team you had compiled is that none of the collaborators typically seem to work with textiles at all. Could you tell us a bit more about how the research (team) came about?

MH: Back in 2007, I was collaborating with a Korean artist on a project concerning the collaborative relationship between traditional weaving and various types of new technology at Yamaguchi Center for Arts and Media. That’s where I met Ken Furudate, and we quickly got talking about weaving and computing, and the many similarities between the two concepts. These conversations kept happening over the years, and another exciting point arises as we realised that over the centuries there had been a lot of advancements on the material side of weaving, but not so much on the structural side. To this day, the most used techniques are traditional ones — like the plain weave, twill weave and satin weave. In regards to that, we found it quite interesting to look into innovative processes on the structural side of weaving.

In 2019, we both felt like it was high time to take our conversations to the next step and put our theories to the test. Furudate was the one who actively recruited the other members, to push the output side of things. It’s been amazing to see and feel the tangible output of what we have been discussing over the last couple of years. We’ve heard great feedback from not only artists and fashion designers, but other mathematicians and programmers, who commented on what a massive challenge it must have been and commended us for the job that we did. This project has taken weaving and the advancements of weaving structures to another level, and that’s been incredible — and I’m excited to see the possibilities of where this concept can take weaving to.

TLmag: Where do you think that can go?

MH: Of course, it isn’t easy to foresee the future, but I have a feeling there are plenty of more possibilities out there. We have a project that’s currently looking at the possible rejuvenation of the silk industry in Japan. Where, in the past, our country has had a thriving industry, we now import most of this material from China and Brazil. We know of a research institute that has frozen samples of 1000 different types of silkworms and may be the key to reintroducing this industry to Japan. Another thing we’re focusing on at the moment is looking at natural dyes from plants and the environments around us. Historically, the act of dyeing has been around for thousands of years — so what does it mean not only for us as a project, but as a company — to make sure that it’s still around for the next 100, 200 to 1000 years? Additionally, there is also the biotechnology side of things, smart wearables with sensors that can pick up various levels of light, UV temperature changes in the surrounding environments, and also even vital signs from the person that is wearing it.

Ultimately, there are about ten projects, ranging from being at concept stages or nearing their end and dealing with cutting edge technology to kimono culture and its roots. I think the added value of research projects like this is that we can work on two different “rails” that can help us stride forward. The one rail would be the material side, and the other would be the structural side of textiles. Spending time on both of these ends, and having projects combine the two makes for an exciting dialogue that makes me hopeful for the future.

HOSOO Studies’ latest project, “Quasicrystal – in search of textiles through code”, is on view at HOSOO Gallery until February 13th, 2021. 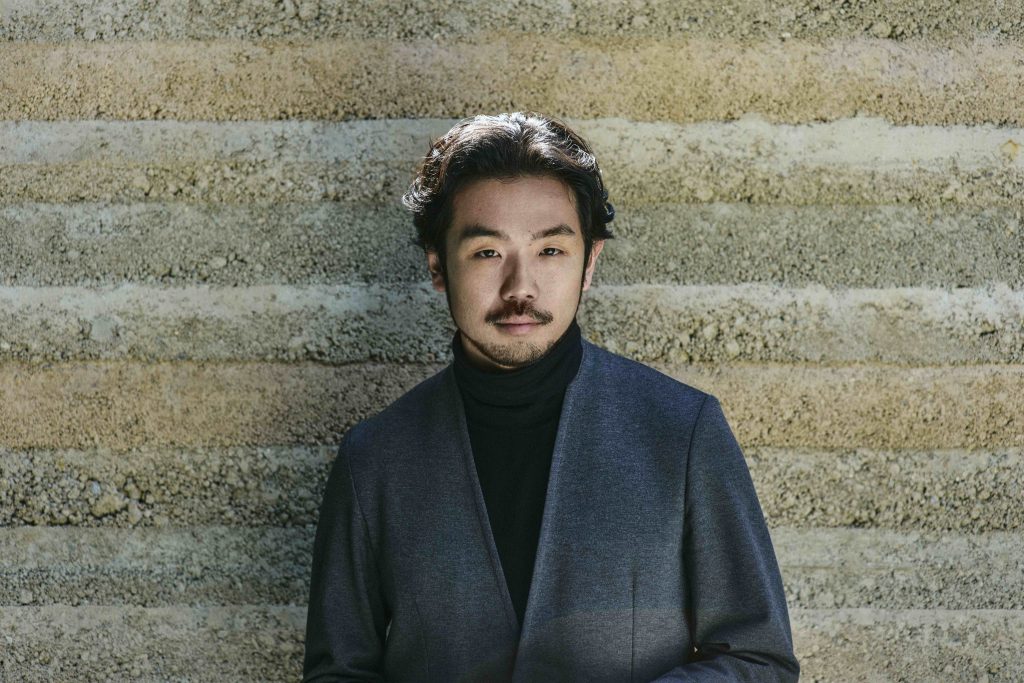 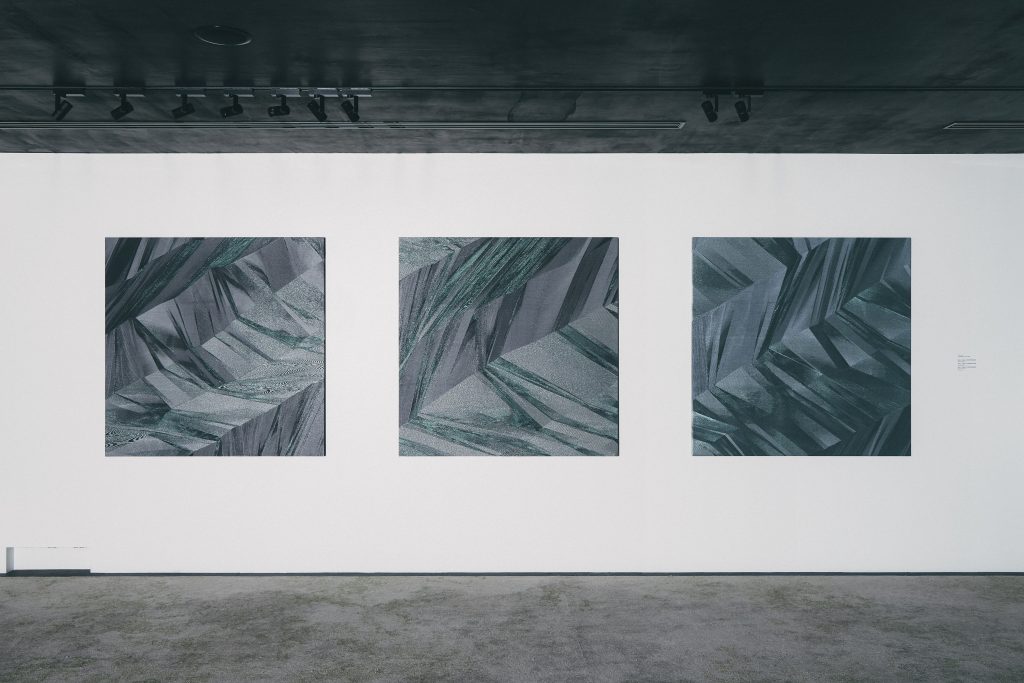 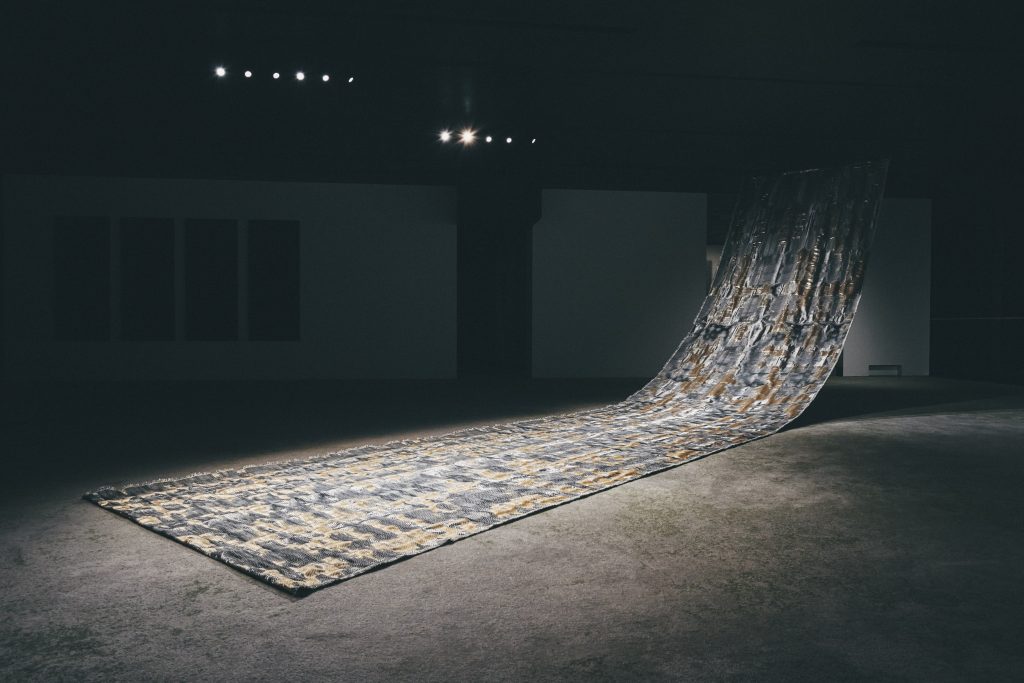 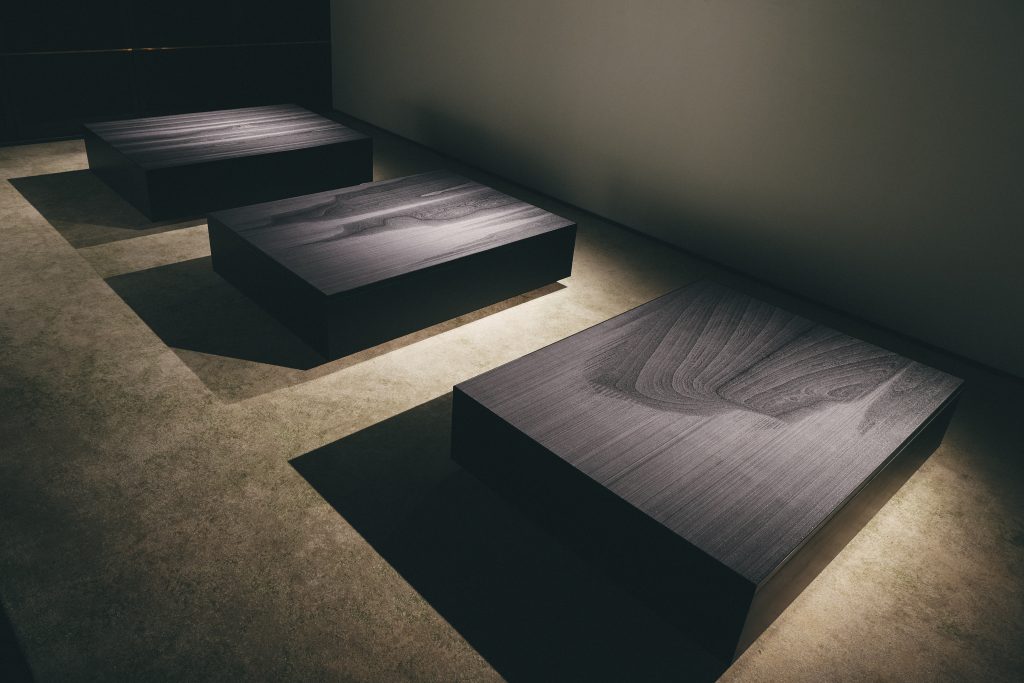 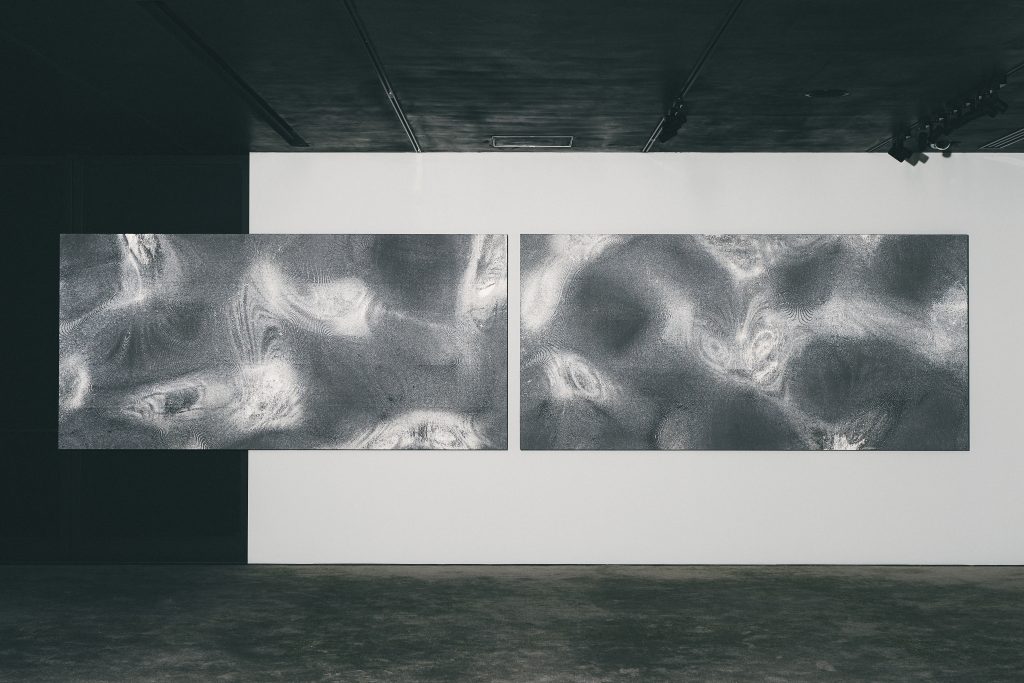 Shusumoire by Ken Furudate
‹ Back Long renowned for the quality of its textiles, HOSOO has partnered with Copenhagen’s OEO studio to launch “Prologue” in Milan last month. A thank you to Hosoo textiles for this beautiful video about handmade objects from Japan. Japan Handmade Digest from Hosoo on Vimeo.