AFIKARIS Gallery presents Human@Condition, the first extensive solo exhibition in France of Cameroonian artist Jean David Nkot. The exhibition highlights an all-new series of Nkot’s signature hyper-realistic portraits over mapped backgrounds. Addressing Africa’s pervasive mining industry, Nkot superimposes his portraits onto maps, economic data, and geopolitical norms, re-centering and giving face and form to the individuals that exist within this complex layering. Through this process, the subjects are freed from the weight of a mapped human condition often defined by hardship, and instead portrayed with a definitive sense of resilience and hope.

As the inaugural show in the gallery space, situated in the heart of the Marais district, Human@Condition showcases works ranging from large-scale canvases to smaller, more intimate formats, such as painted shovels. Attesting to Nkot’s evolving technique, Human@Condition builds on the artist’s signature play with transparency. Clear yet complex, the aesthetics and composition of his works reflect the extensive research behind them, bringing to light Nkot’s highly analytical practice. Creating what he calls “maps molécules,” or “molecule maps,“ he superimposes three informational planes – a broad cartography; a network of data; and, in sharp contrast with their surroundings, his human subjects. Cartographic lines pattern the background of the works, and notations are scrawled across the surface. In many of the pieces, the mapped background is indelibly inscribed, layered and merged with the skin and clothing of the subjects.

“The concept of maps molécules is inspired by the maps created by Thomas Hirschhorn. Like him, I circle keywords and link them together..By creating a network of data, with information gravitating around a central word, I want to show that they are all connected, that no simple notion stands alone, and that one seemingly straightforward issue can pave the way for a broader debate. At first sight, this mass of information can seem incoherent, senseless – only to reveal the hidden complexity that lies behind it,” says Nkot.

These interconnected notations highlight the coexistence of the faces, routes, quantities, prices, ores, countries, and economic plans that formulate Africa’s mining industry. Nkot traces how they materialise in the exploitation of raw materials,  in particular through the extraction of minerals in the Democratic Republic of Congo and Rwanda. The three planes that constitute Nkot’s works engage in a continuous power struggle, demonstrating the political and economic systems of control over both natural and human resources. While shedding light on these ubiquitous systemic issues, including African states’ subversive dependence and control over their wealth, and the consequences on their populations, the artist offers a localised and humanised focus. Continuously searching for the human dimension, he mirrors the exploitation of the soil to that of the individuals involved, bringing to the forefront their shared resilience in the face of adversity. “I looked to the young people in my neighbourhood as models for both my art and broader existence. As a witness each day to their vitality and joy, I wanted to push away common depictions of sorrow and suffering, instead shedding light on their strength and sense of hope, showing smiles and firm postures to expose a resilient body, undeterred by difficulty.” In confronting and combining personal stories, economic data, and geopolitical norms, Nkot’s paintings emerge as deeply and proudly human works.

Presented alongside the exhibition is AFIRKARIS Gallery’s first monograph, focusing on Jean David Nkot’s career and work as “painter of the human condition.”.

Human@Condition is on show at AFIKARIS Gallery, Paris until 7 July. 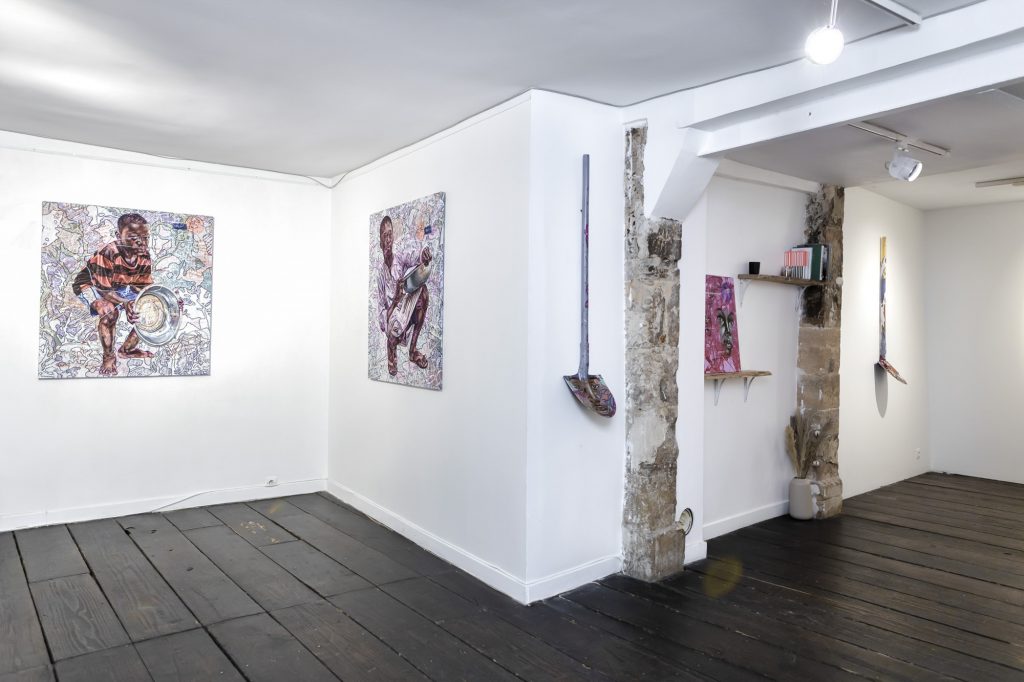 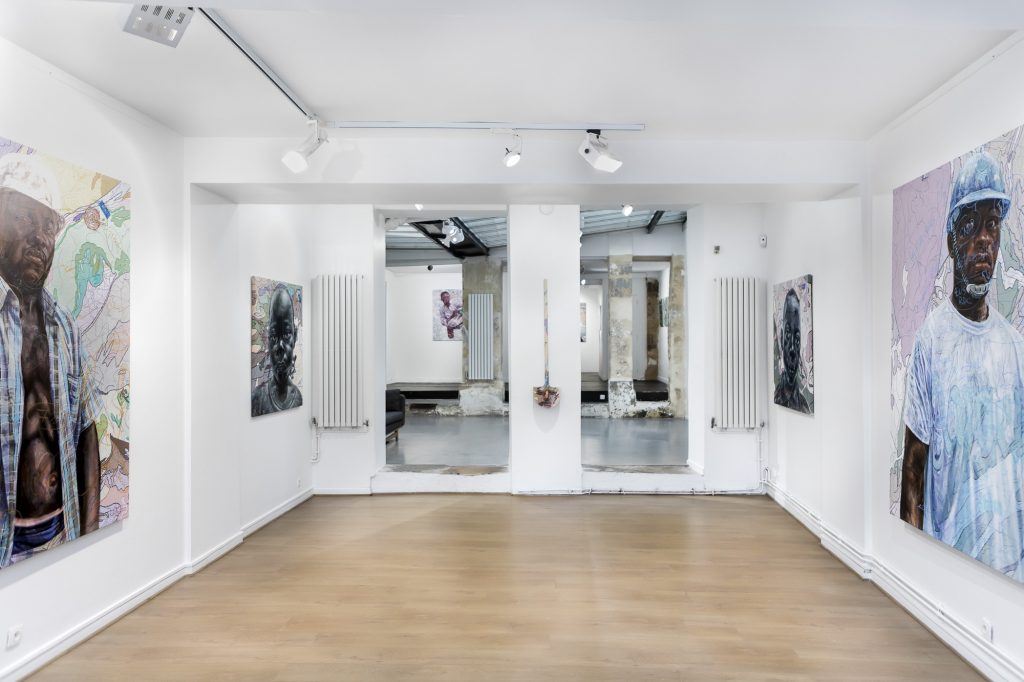 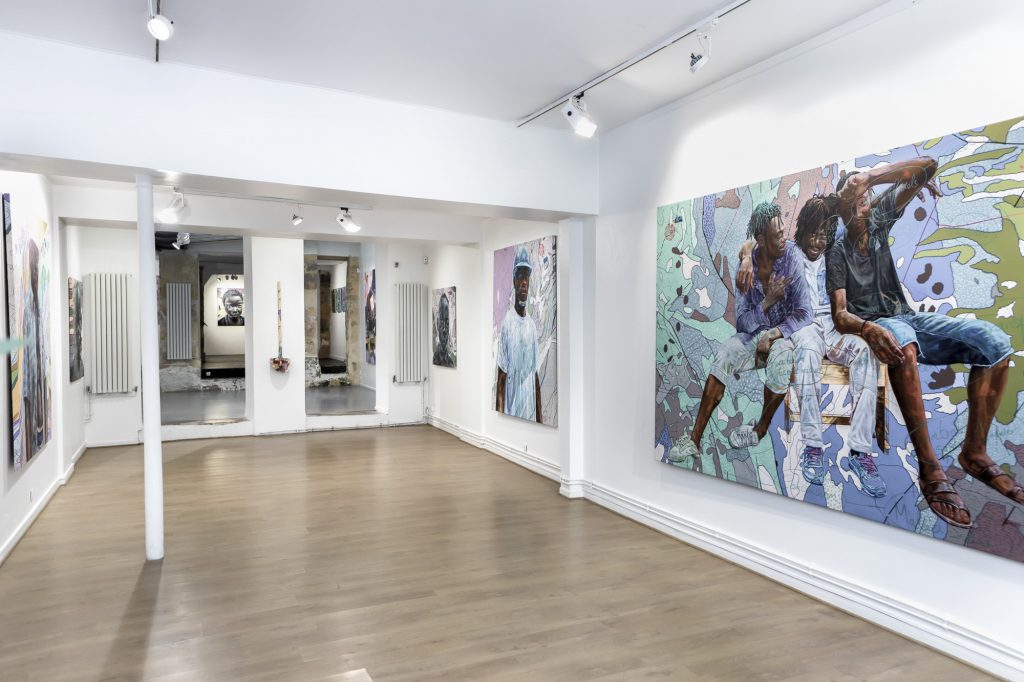 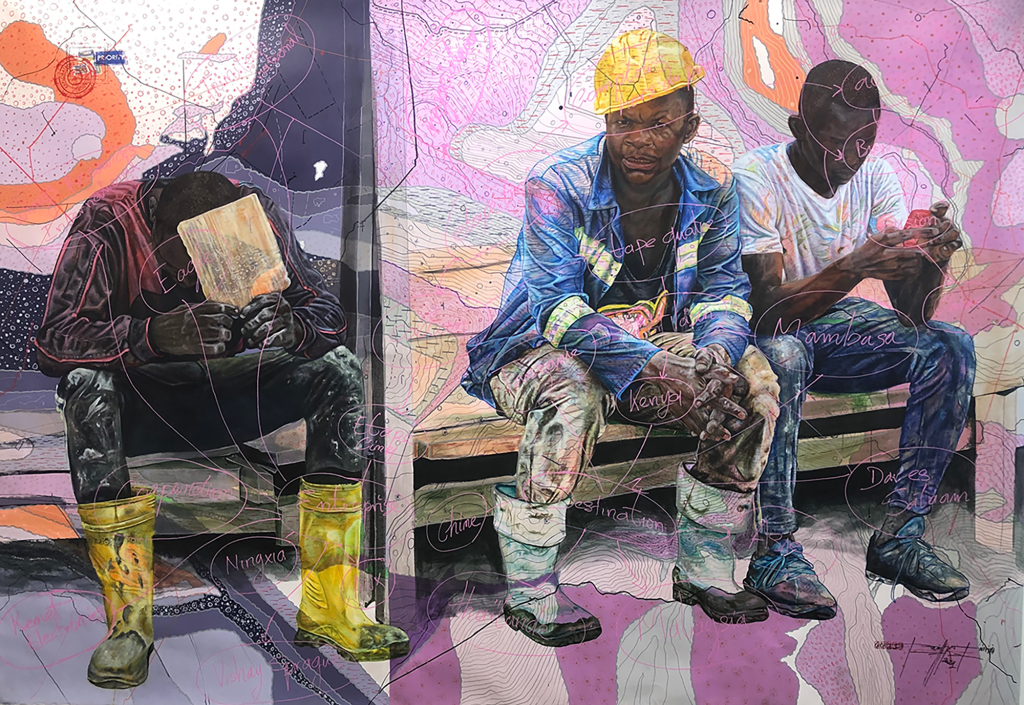 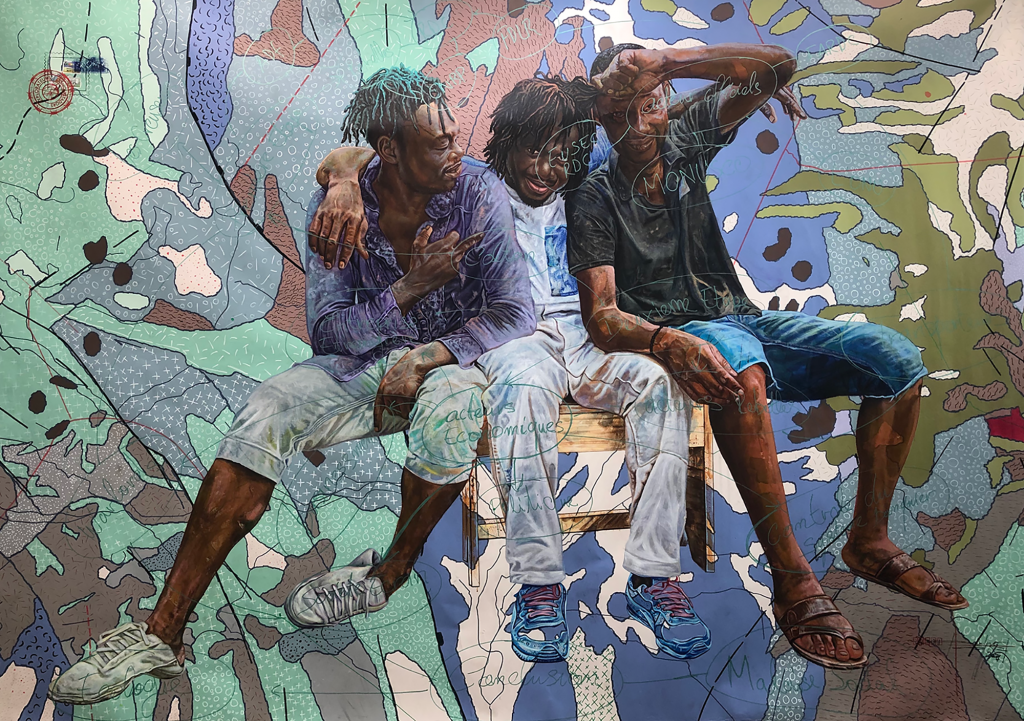 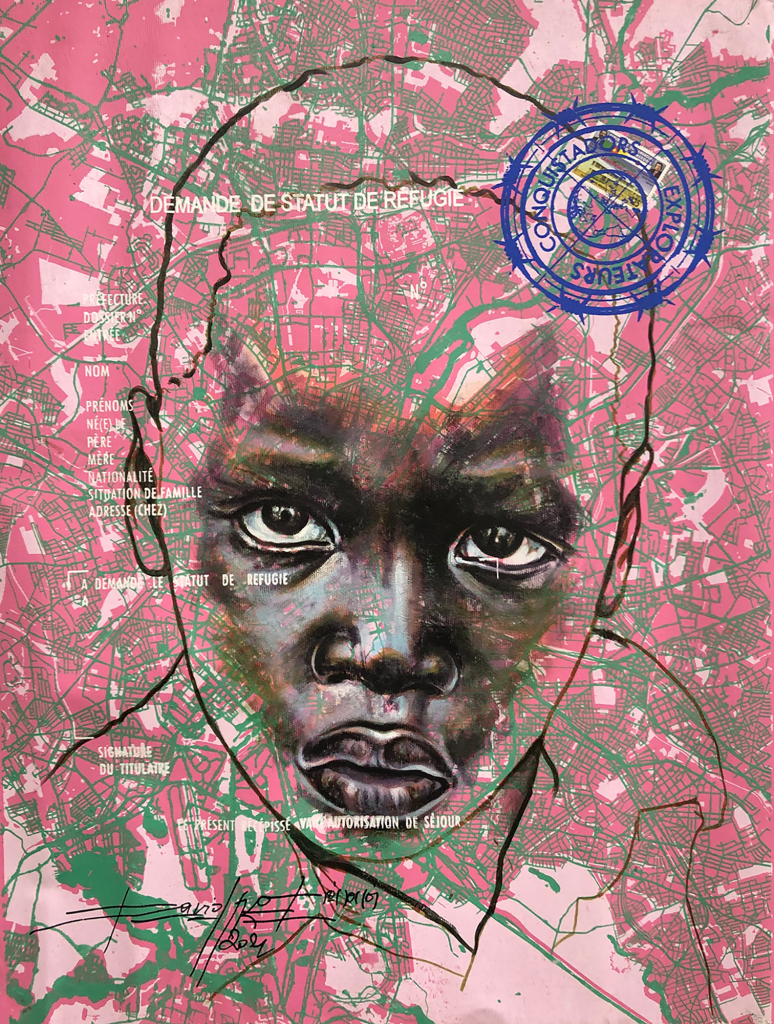