As the recent global pandemic and ensuing lockdown revealed to so many of us in the developed world, domestic interiors are far more essential to our daily lives than we might have been willing to accept. Before this crisis, our homes might have simply served as places to eat and sleep, if even that. For those of us in active urban settings, increasingly compact apartments offered temporary refuge; interludes in otherwise frenzied professional and social schedules.

As much as the furniture and interior design industries spent decades touting the importance of the home, nothing could have fully prepared us for what was to come. In the past few months, our abodes, in whatever size or shape, were quickly converted into multi-layered complexes that could facilitate all aspects of our convoluted lives. Living rooms were turned into dedicated workspaces while we reappropriated or dining rooms as makeshift schools. In the course of multiple weeks, these environments became our everything.

But as strange as this rapid adaption might have seemed in hindsight, it’s easy to forget that the domestic interior has undergone significant transformations in the past hundred years. This often underappreciated facet of architecture and design has served as a fervent medium. Mirroring the radical shifts taking place in society, speculative postulations have translated into broad implementations. The 20th- and 21st- century’s leading talents have employed the domestic interior as a means to question hierarchical structures, how we can exist together, how swift advancements in technology should factor into our lives, and what the guiding aesthetic principles should be for our immediate surroundings.

It was serendipitous yet entirely coincidental that the Vitra Design Museum opened a comprehensive exhibition surveying emblematic domestic interiors just weeks before government-mandated quarantines went into effect across the globe. And though the museum, like so many, had to shutter its doors for an extended period, the topic of its main exhibition could not have been more relevant.

Home Stories: 100 Years, 20 Visionary Interiors, employs these case studies to identify the fundamental social, cultural, and aesthetic tendencies that defined the evolution of interior design in the past century. Perhaps more importantly, the exhibition gives this medium a well-overdue review, Pulling it out from behind the shadow of architecture with a capital A.

“The last exhibition that truly addressed this topic was Italy: The New Domestic Landscape, mounted at New York’s Museum of Modern Art in 1972,” Vitra Design Museum’s Jochen Eisenbrand recalled. “Since then, the discourse around domestic interior design has almost entirely been relegated to the glossy pages of shelter magazines.” For the chief curator and his team, it was high time that the rich canon of this medium be given the serious analysis it deserved and to offer a historical context for Vitra’s vast furniture and accessories gamut in doing so.

The exhibition is divided into four historical sections: Space, Economy, and Atmosphere: 2000 – Today, Rethinking the Interior: 1960 – 1980, Nature and Technology: 1940 – 1960, and The Birth of the Modern Interior: 1920 – 1940. A modular displays system designed by Joseph Grima and think tank Space Caviar presents a diverse array of artifacts—period-appropriate and project-specific furnishings, drawings, large photographs, film footage, and even maquettes—in a unifying manner that brings all 20 projects into the present day. “We wanted to ensure that the key takeaways from each case study would come across as relevant for our times and not as passé,” Eisenbrand explained.

The chief curator identified the period between 1960 and 1980 as his favourite. Often described by historians as an era of radical change, this segment in the recent history of interior design saw projects like Claude Parent’s Maison Parent (1973-74) and Verner Panton’s Visiona 2 installation (1970) challenge the very fundamentals of interior space and distribution. “Parent’s house was essentially a matrix of vertical surfaces where you could never really stand up straight.” Eisenbrand described. “The idea of having to constantly rebalance yourself in the space was a kind of metaphor of the times.”

The curator also took this opportunity to delve deep into the multiple iterations of Andy Warhol’s New York Factory. Though these spaces were not explicitly “designed,” they became the catalyst of a new post-industrial loft living movement that saw creatives moving back into abandon parts of cities. “In many ways, the current co-living movement stems from this example,” Eisenbrand explained. “So many famous artists and musicians past through Warhol’s space that it became a kind of micro-community.”

This period was a break from and reaction to the commodification of the home that began in the post World War II era and continued through to the present day. Even as space and resources become increasingly sparse, the behemoth that is the home furnishings industry continues to push forward. Fashion brands have also moved into the field to get a cut of the action.

This exhibition seeks to look beyond style and focus on substance, moments of intense discourse, and creation that cropped up in the past century, some more recent than others. “Almost all of the projects we’ve included are by architects, who were also preoccupied with interiors,” Eisenbrand concluded. “Architects tend to think in broader terms and to position their projects as proposals that can potentially have a wider impact.” 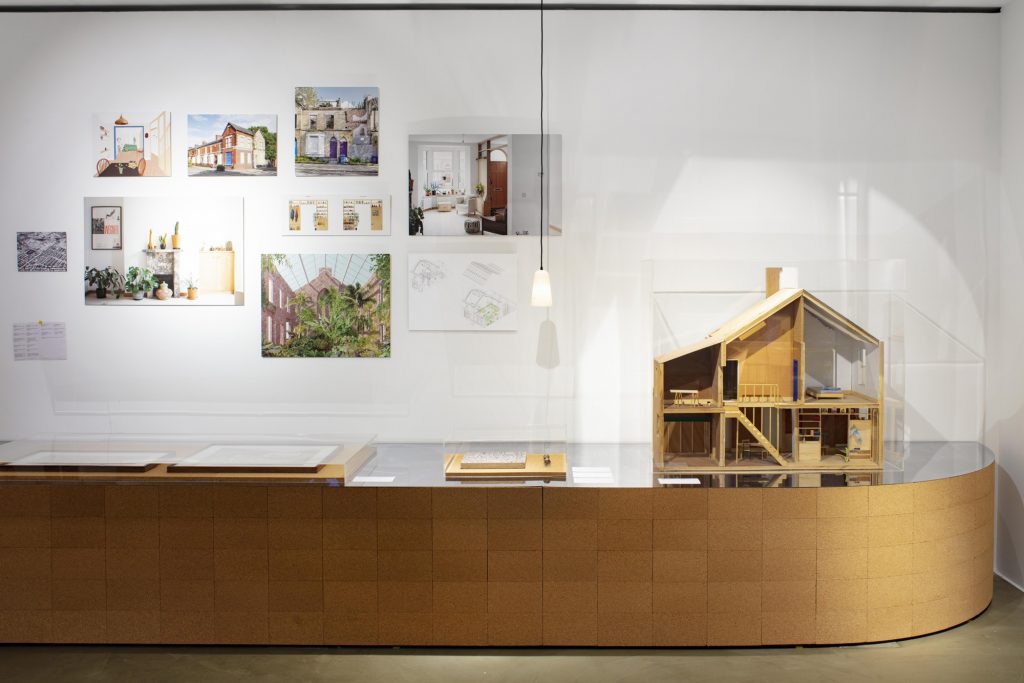 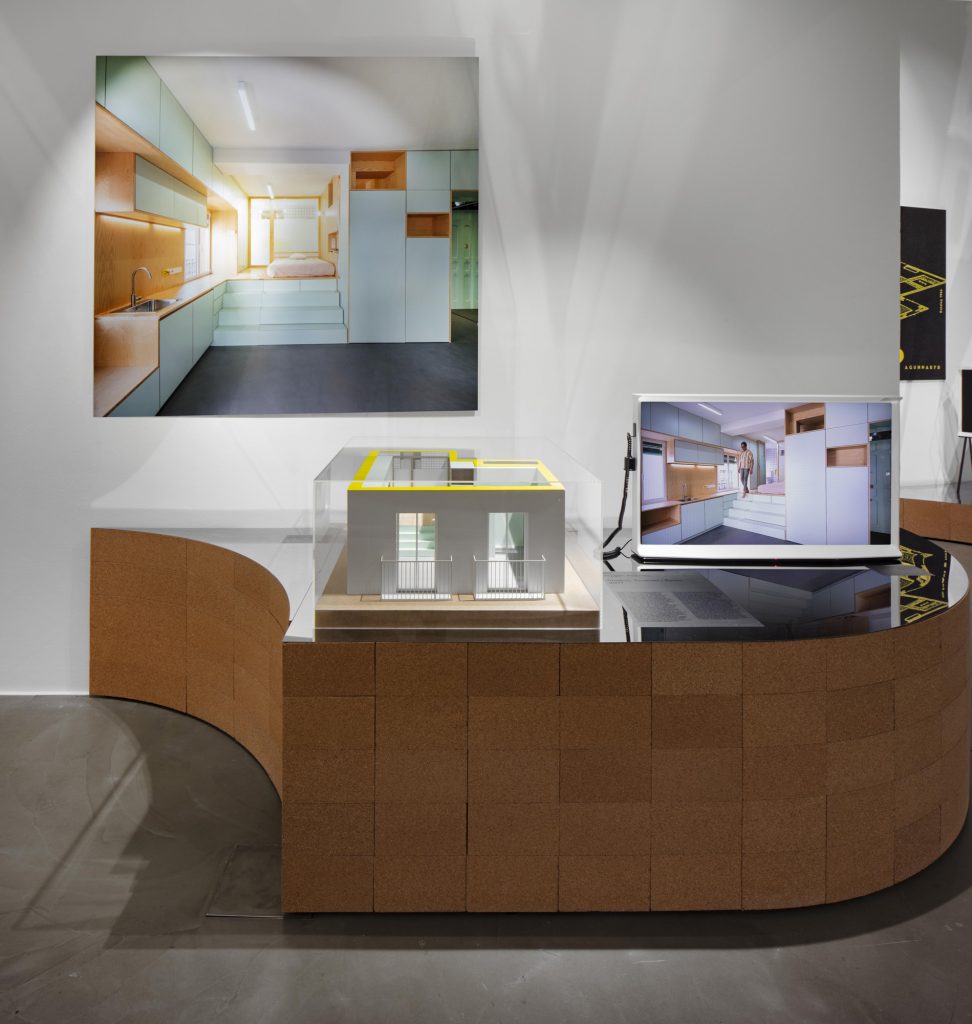 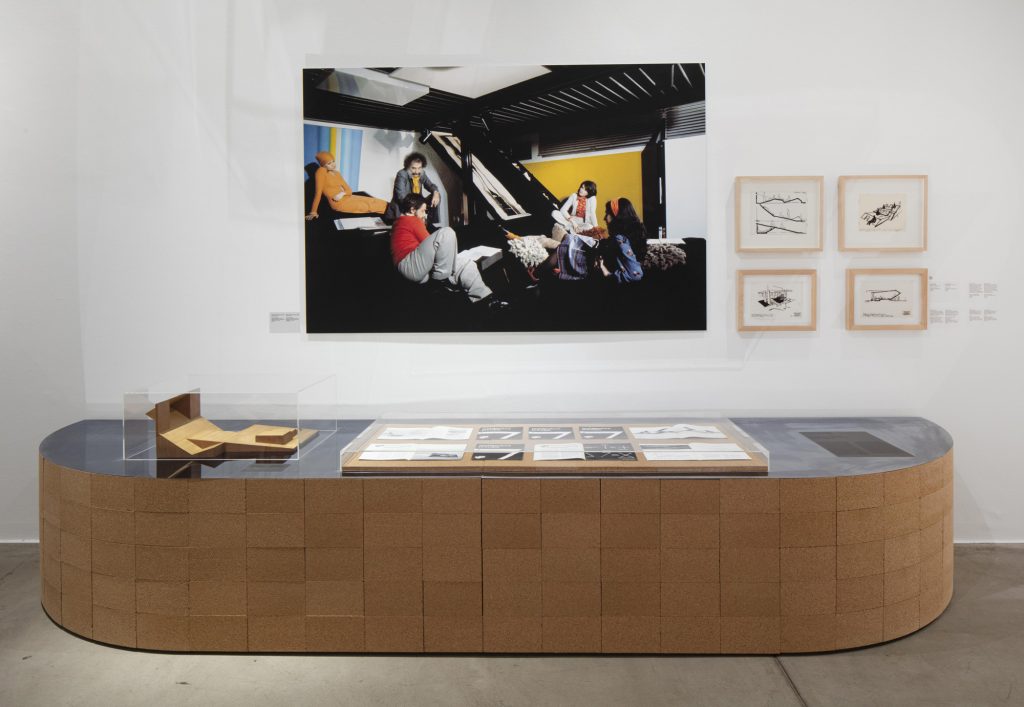 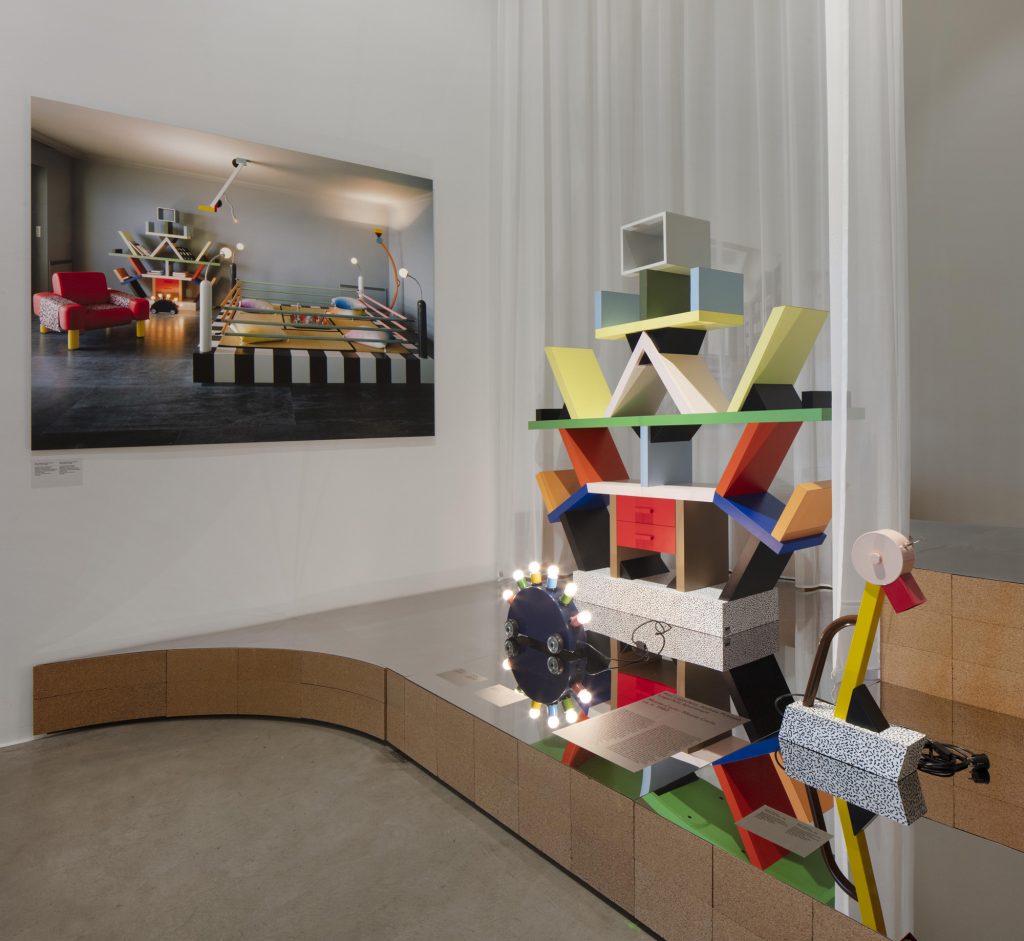 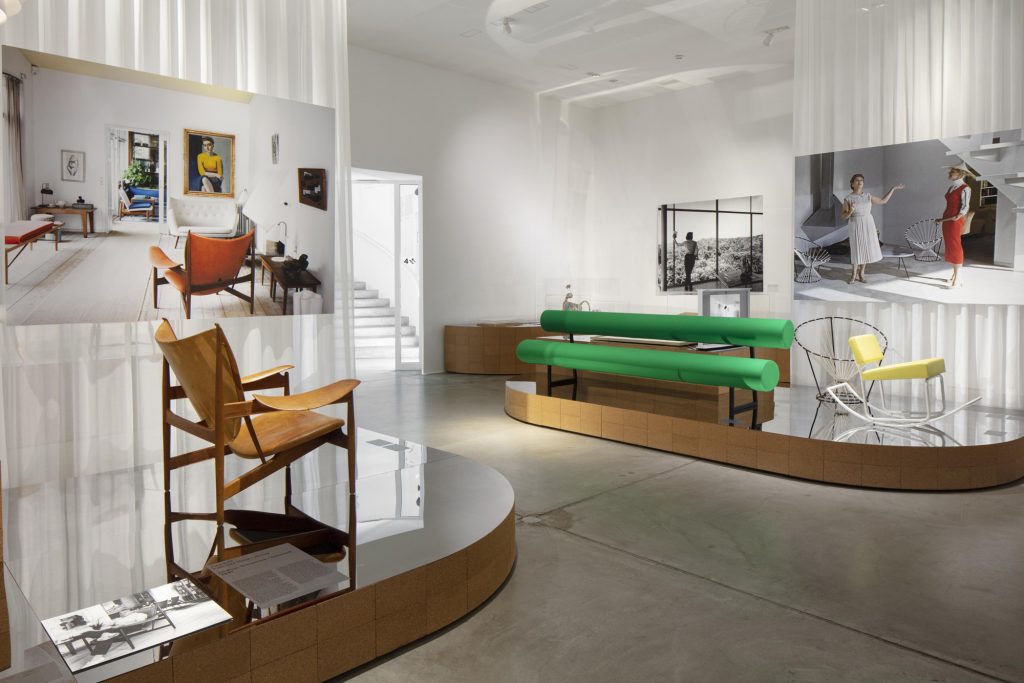 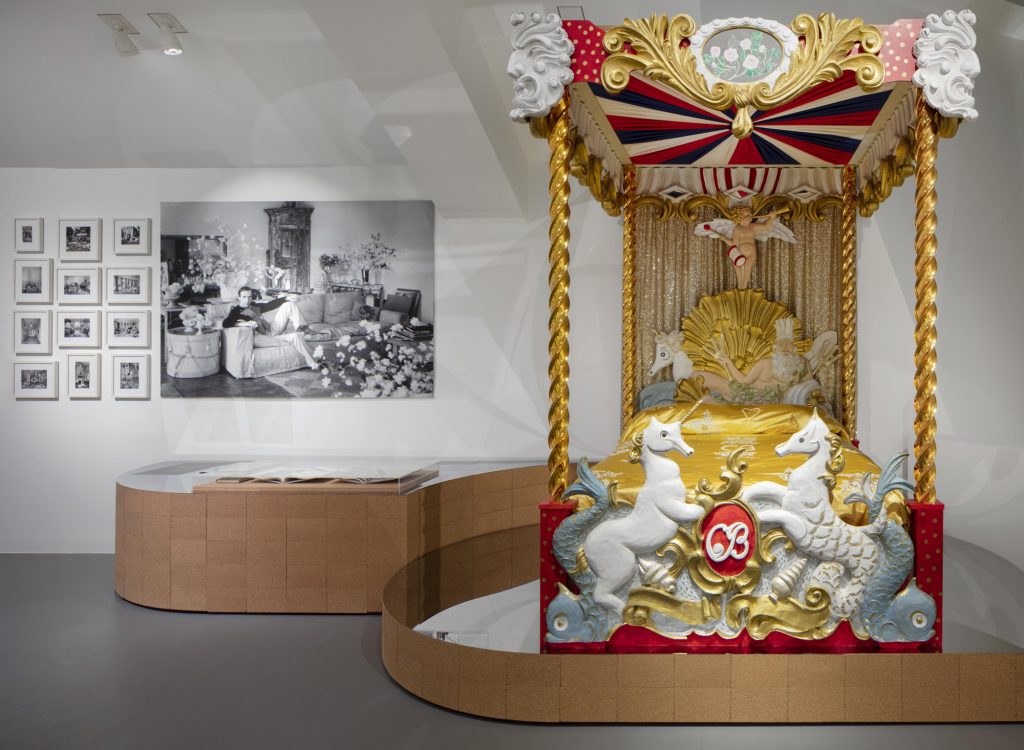 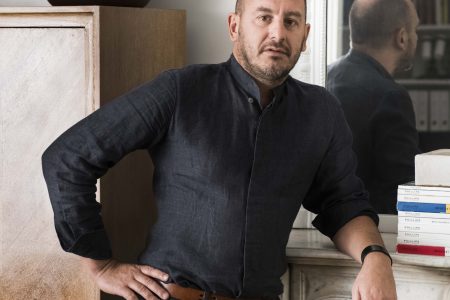 For over two decades, Luis Laplace has designed bespoke interiors and architectural spaces, embracing craftsmanship, atmosphere and the nuances of contemporary art.