When asked how it all started, Meherunnisa Asad has no doubt: it all comes from the heart. “An artisan who works in our atelier once told me, ‘you need a heart of stone to work stone,’” Asad says. In the translation of languages, subtleties can be lost, however the power and beauty of these words was not lost on me. In that moment, I understood the connection between his words and his craft, one that requires not only the nimble, cajoling touch, but also the endless patience and perseverance (the unrelenting heart, consistent as stone), that is necessary to see it through to its end.” In fact, Lél marries ancient traditional craft techniques with contemporary design and innovative application, and it is a remarkable example of how contemporary applied to arts needs a human touch.

Lèl was founded two decades ago by Farhana Asad. Today the company is run in collaboration with her daughter, Meherunnisa, who is Lél’s Creative Director. Part of her job is to oversee the talented artisans in their atelier, all of whom are local craftsmen and refugee artisans displaced by the Afghan conflict to Peshawar in neighbouring Pakistan. “In the early 1980s, my mother was mesmerised by a small box that she found in the antique bazaar in the city of Peshawar, Pakistan, where we are from,” Asad explains.

It was that box that would lead her to a master artisan from whom she would learn the skill of pietra dura and develop her passion for its preservation. She sees this tradition simultaneously as a bridge between the past and the present, both through the exploration of traditional and modern design, as well as through the artisans from Afghanistan and Peshawar. The art of pietra dura, or stone inlay – also referred to as parchinkari in South Asia – originates from the ancient Roman opus sectile technique. It reached its highest pinnacle of development in the hands of the Florentines during the 16th century Italian Renaissance.

To the Florentines, the act of meticulously cutting and fitting stones into intricate and exquisite forms was synonymous with the act of painting – ‘painting in stone’. Within the century, pietra dura would spread to Russia, Iran and across the South Asian region, into Afghanistan, India and Pakistan, under the patronage of the Mughals. “To the Afghan refugees with whom we work, the job it provides more than the simple security of paid work. It is a craft rooted in their homeland. Where so much is lost in movements and migrations, there is something of history, culture, and home that they are able to hold on,” Asad explains. But how does one take an ancient craft and carry it through the ages so that it remains relevant to the contemporary?

An interesting aspect of Lél’s process of production aims to exactly this: the point of meeting between the old and the new. This is visible in the furniture and accessories collections in which influences are diverse and thoroughly researched; one can see the exquisite floral patterns that evoke Mughal miniatures, references to Islamic architecture, or the vibrant deep-blue of lapis combined with the ethereality of gold as seen in the ancient Japanese tradition of Kintsugi (the reparative process as contributing to the beauty of the object).

Whether modern (Contemporary Collection) or traditional (Classic Collection), Lél is not simply involved in an act of preservation, but also one of progression, through which the ancient art of pietra dura is not only disallowed from being forgotten, but is also pushed forward into its contemporary evolution. With each new piece that is created, a step is taken towards the future.

In September 2019, Lél made its debut at the London Design Festival with two installations; at Mint Gallery with a set of nesting coffee tables, and at the Middle-Eastern NGO, Irthi Contemporary Crafts Council.The creator is as much at the mercy of the stone as it is to his touch. It is no wonder that this becomes a labour of love, more than anything else.

It seems ironic, or in some way contradictory, that matters of the heart and of the spirit should arise out of and be addressed by an art form that is rooted in a material such rigid, as hard, as stone. However, this is the same contradiction that arises when viewing the physical form that these works take – soft and beautiful floral patterns somewhere, in which the intermingling of colour and form makes clear why the Florentines called it ‘painting in stone’.

TLmag: How do you manage to balance an ancient technique with a contemporary taste?

Meherunnisa Asad (MA): It is in the existence of this lens, this vision of the future that collides with the past, that Lél’s true power lies. This is where the space that we create is able to become truly collaborative, when learning extends both ways, between the artisans and us the designers, and between tradition and contemporary culture.

TLmag: What do you see in the next future for your collection and the artisans that are working with you?

MA: This September we made which are now available through the gallery. The Champa tables take their name from the South-Asian word for the Frangipani tree – the motif created on the naturally-shaped marble tabletop using the Pietra Dura technique. On slabs of white marble, sourced from the mountains of Pakistan, serpentine and onyx stones are inlaid by hand by master craftsmen from the local Peshawar region – many of whom are refugees from neighbouring Afghanistan escaping the war – to create the flower and leaf pattern, bringing nature into the home. Natural irregularities occurring due to the inherent characteristics of the semi-precious stones and marble make each piece unique while the angular metal legs create a distinctly modern aesthetic.

We also collaborated to create the Talli x Misbah installation at London Design Fair. The Misbahis a rosary-like string of beads used for counting prayers; we reinterpreted this Islamic religious ornament into a sculptural home accessory. Our artisans, many of whom are displaced Afghan craftspeople now residing in Pakistan, and local UAE-based trainee craftswomen collaborated to produce semi-precious stone and marble beads as large-scale ornaments ranging from three to eight meters long and engraved with geometric shapes inspired by traditional patterns carved on Emirati doors. The result is a series of sculptural design elements that may be placed on a dining table, hung, or simply laid on the floor to highlight the poetics of space.

We have a number of projects and collaborations in development that will launch internationally over the course of the next 18 months. With our upcoming collections, we are not only looking forward to bringing an ancient technique into the contemporary but also, with our global vision, to bridge East and West.

Lel will be the artist for the Pavilion of Pakistan at the next London Design Biennale in September 2020. 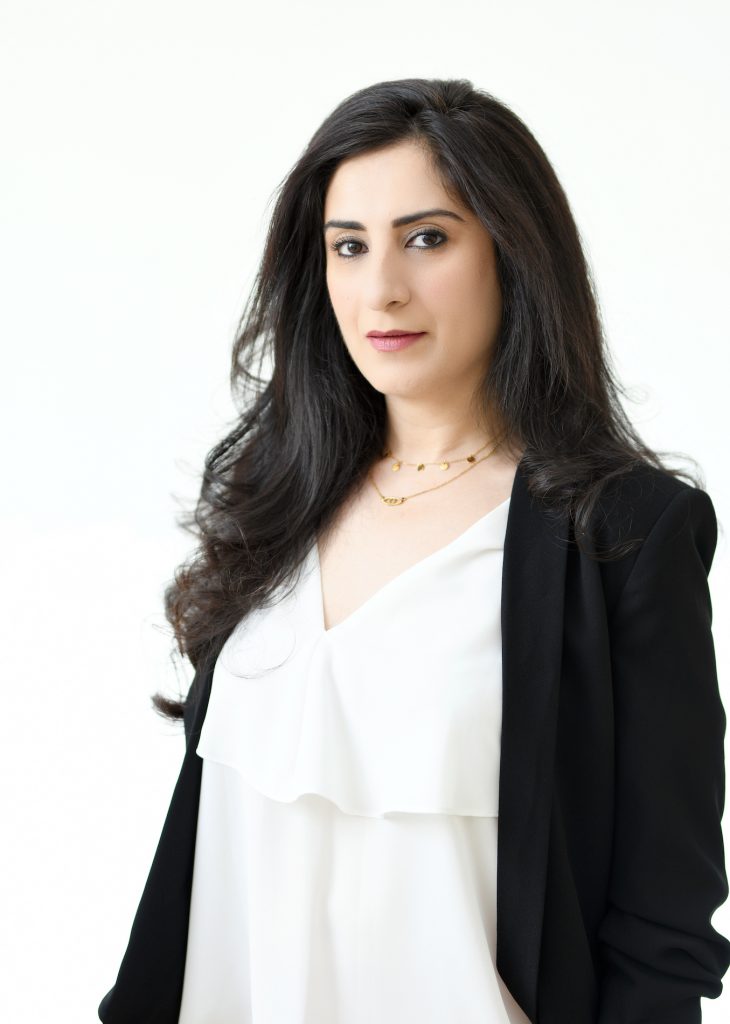 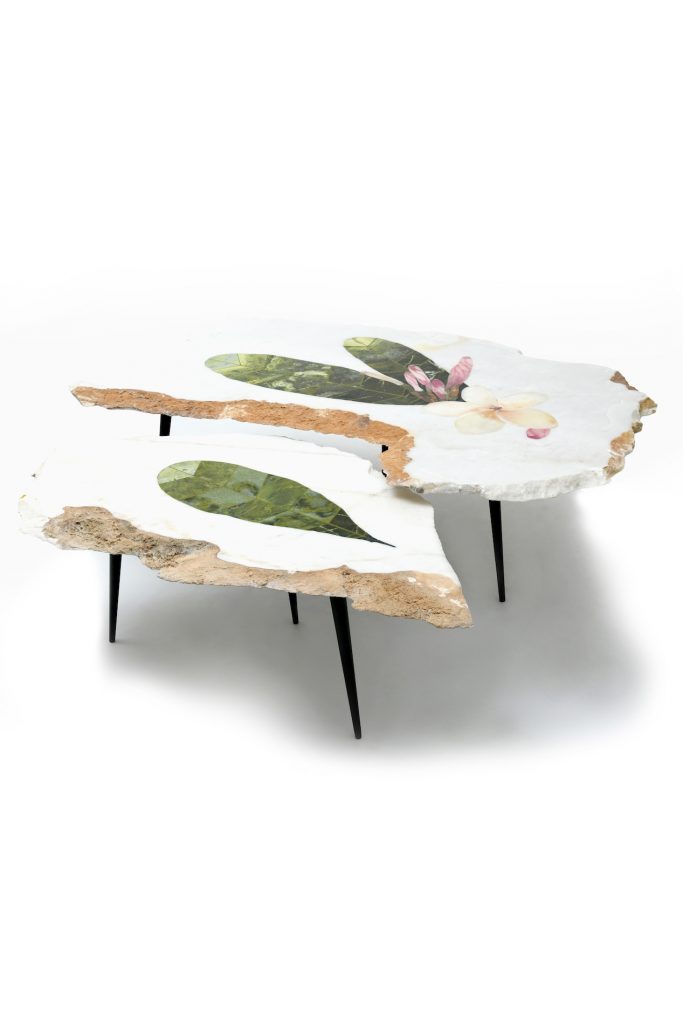 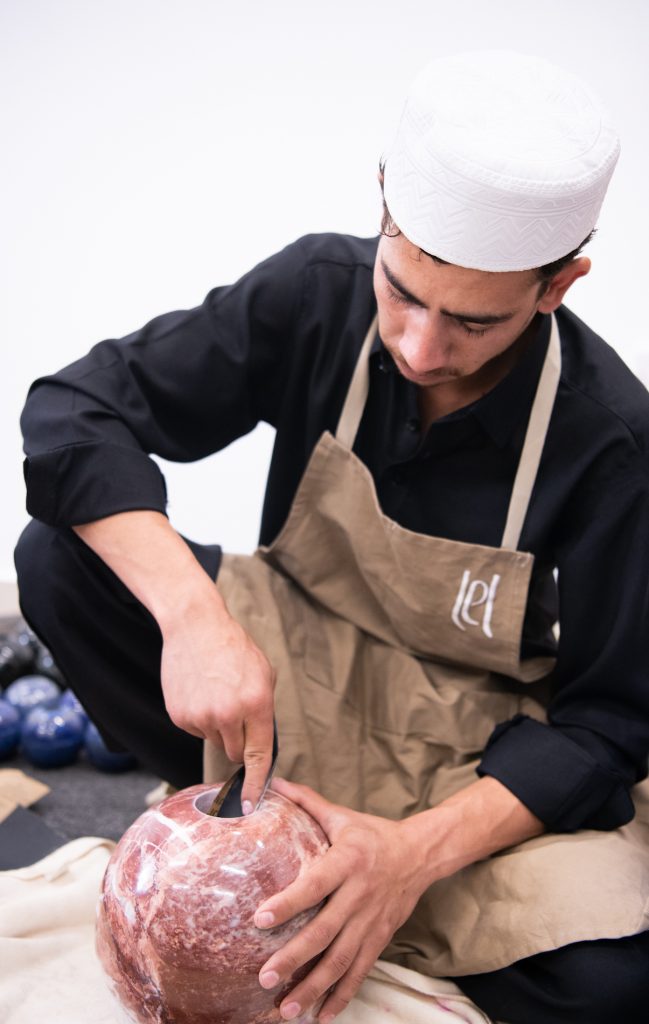 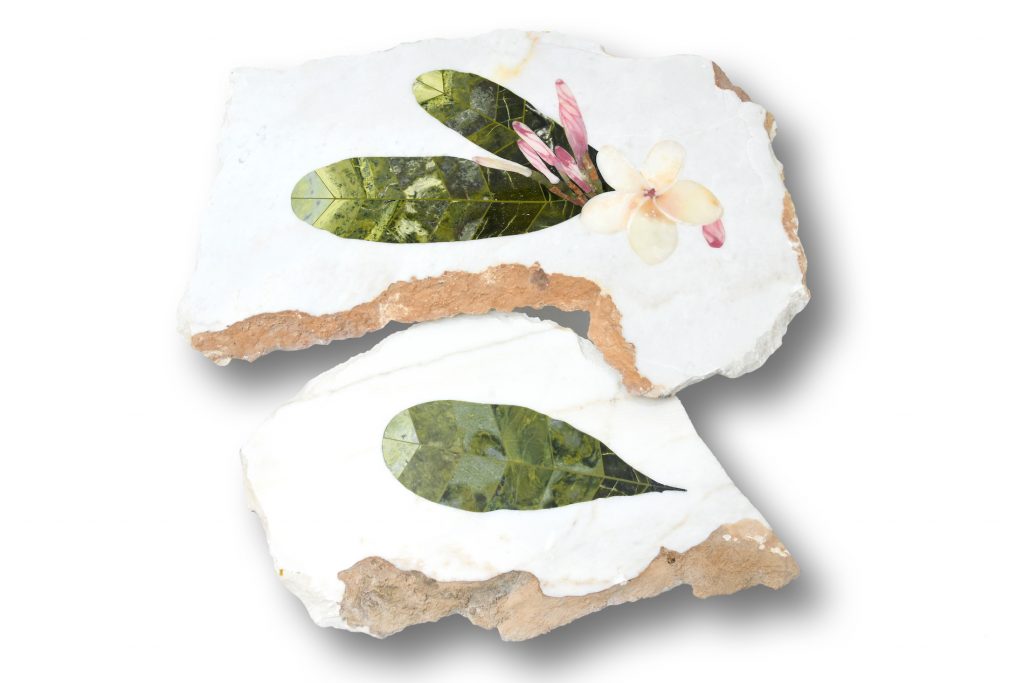 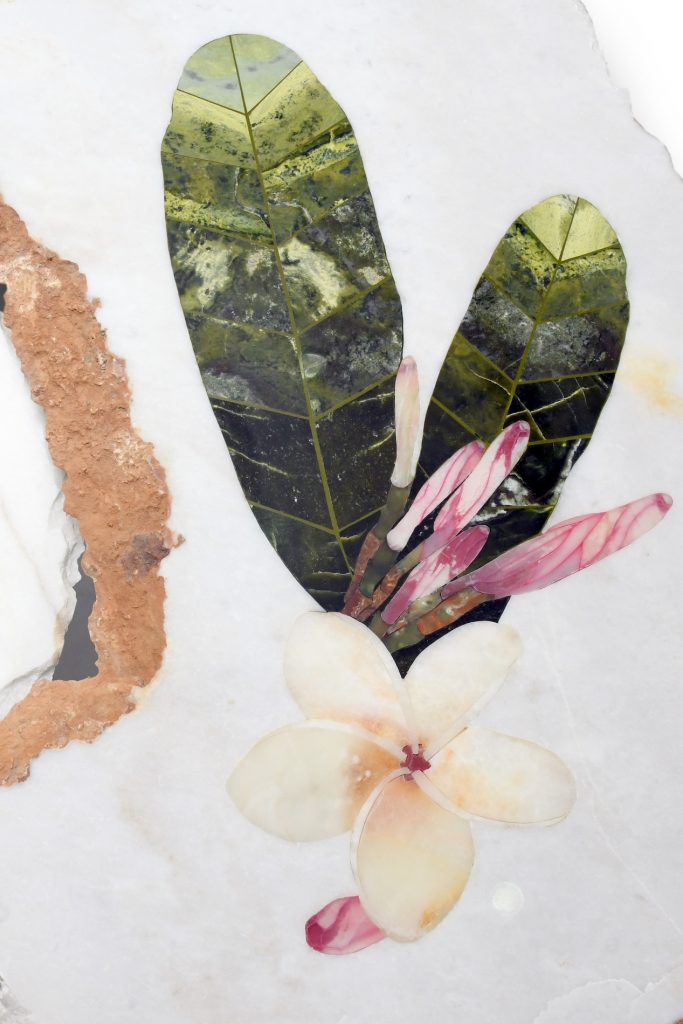 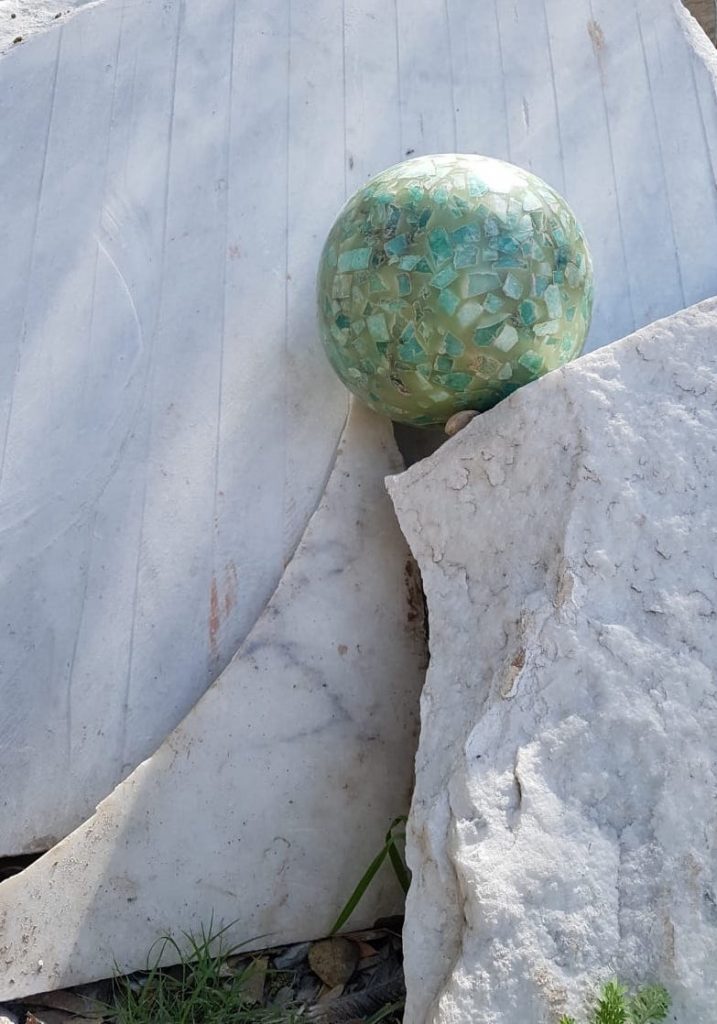