Invited by his good friend and artistic colleague, Gregor Hildebrandt, to do a show at his Berlin gallery, Grzegorzki Shows, Lionel Estève arrived in Berlin on a super rainy day in 2019 with the idea of visiting the space and experiencing the city – which he did, spending the weekend in all its wet and rainy winter glory. Back in his studio in Belgium, no small contender for intense rainy days, Estève was playing around in the studio. “I had the idea to do something like graffiti or drawing on the wall, but one that is fluid,” he says, and came to the idea of bending thin wire rods in the shape of rain drops – perhaps a sub-conscious act considering the weather, but also one that is closely connected to his body of work that has explored ideas of landscape, weather, impermanence and natural elements for over two-decades.

For the exhibition, Estève made nearly 3,000 thin wire drops, spray painting half of them a bright neon color and the other half a dull, darker one, with the idea of installing them across the walls of the gallery to create an immersive experience. After a 2-year Covid delay, “Jolie Pluie” (Beautiful Rain) opened on March 18 at Grzegorzki Shows. “Because this was a new installation, I had no idea what it was going to look like and we spent a few days installing the work,” says Estève. The gallery is part of a large former brewery built in the 1920s, and the exhibition space was once the room for the entrance guards. It’s a small space, nearly windowless and the walls are solid concrete, posing a problem of holding the pins that the drops were meant to hang on. But Estève likes this challenge, of working within the context of the space and adapting onsite to its quirks and surprises, or “turning something bad into something good,” as he says. So rather than hanging them on the wall, the drops were pinned onto thin planks of painted white wood, which were then placed against the wall in a somewhat improvisational way, but still creating that kinetic, vibrant, and timeless experience that he intended.

“I [also] like the idea of these drops as detachable graffiti, almost the opposite of an in situ work. Just like the rain, they are only temporary and go for a spin in accordance with the wind; they can land more or less everywhere, and even multiply in several places at the same time,” says Estève. Like a window full of drops after a heavy rain, just before the sun or wind pushes it aside, “Jolie Pluie” captures that fleeting moment of beauty in an unexpected and surprising way. 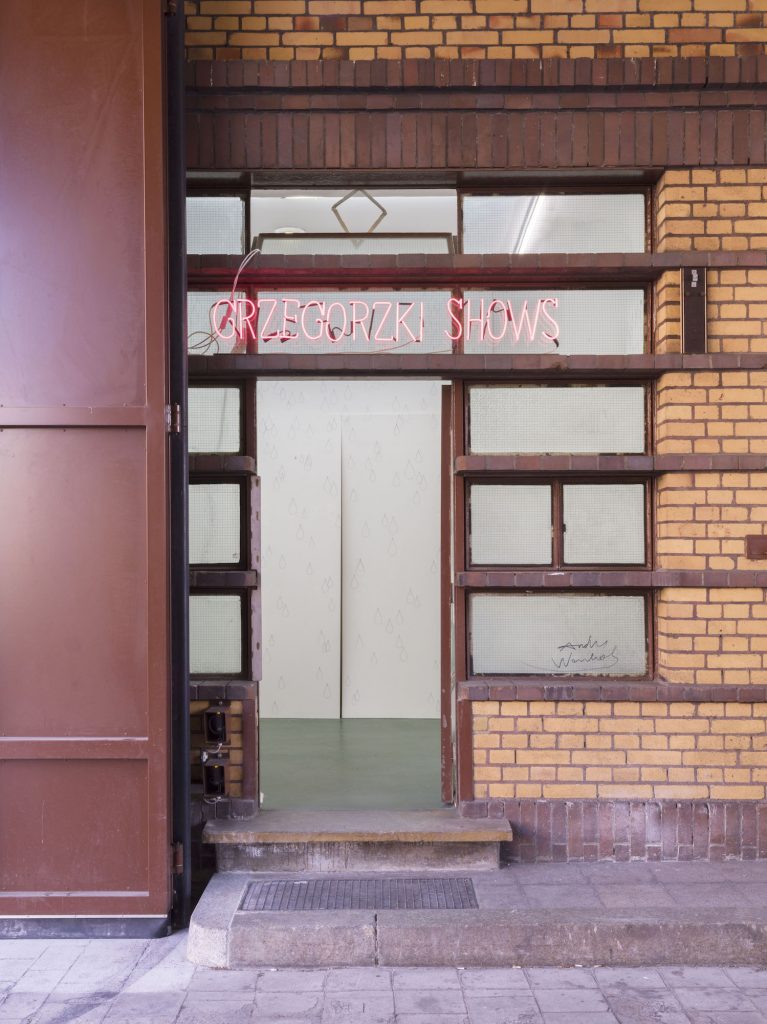 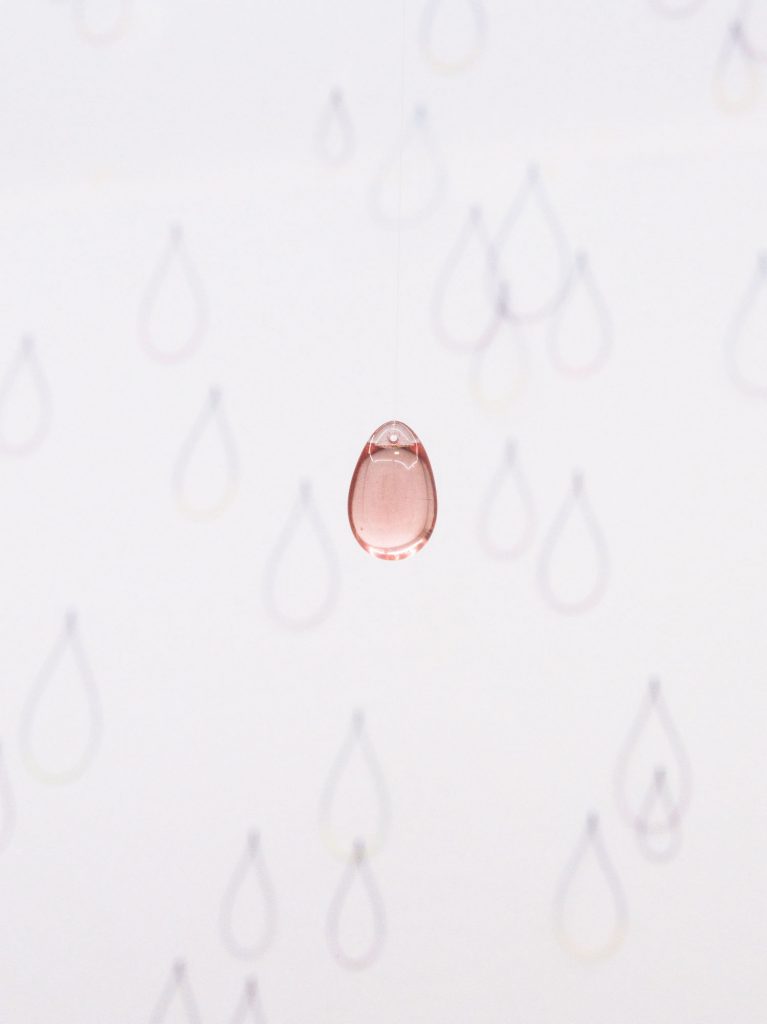 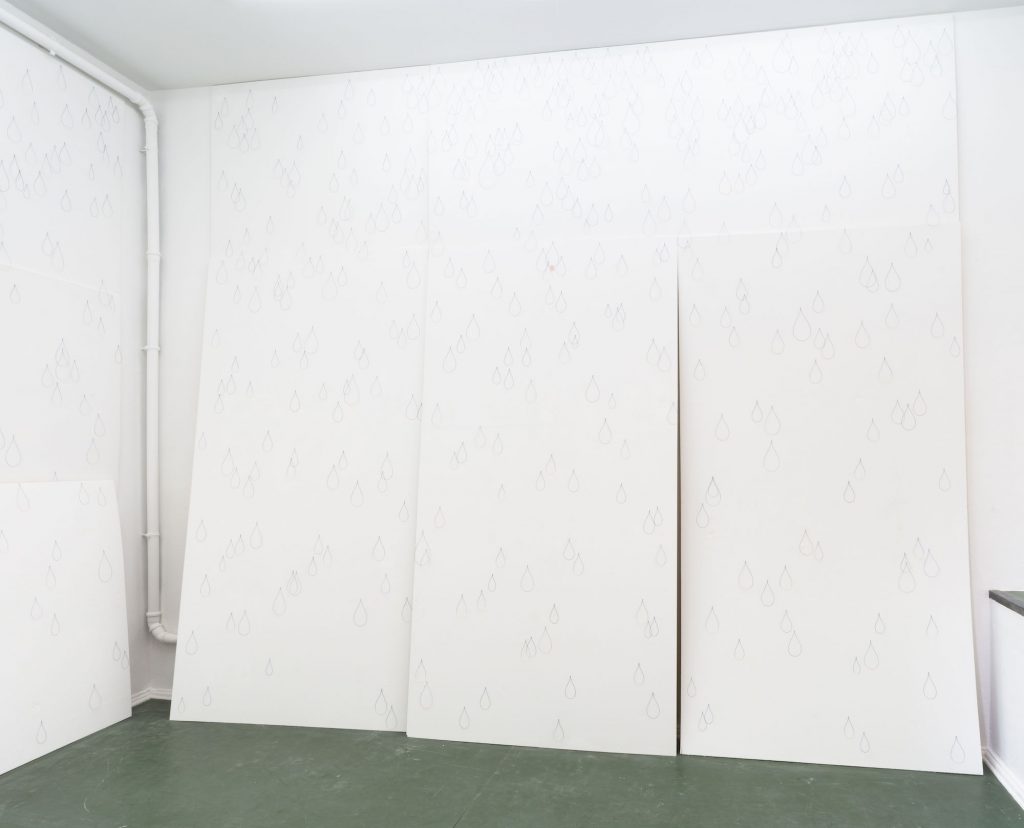 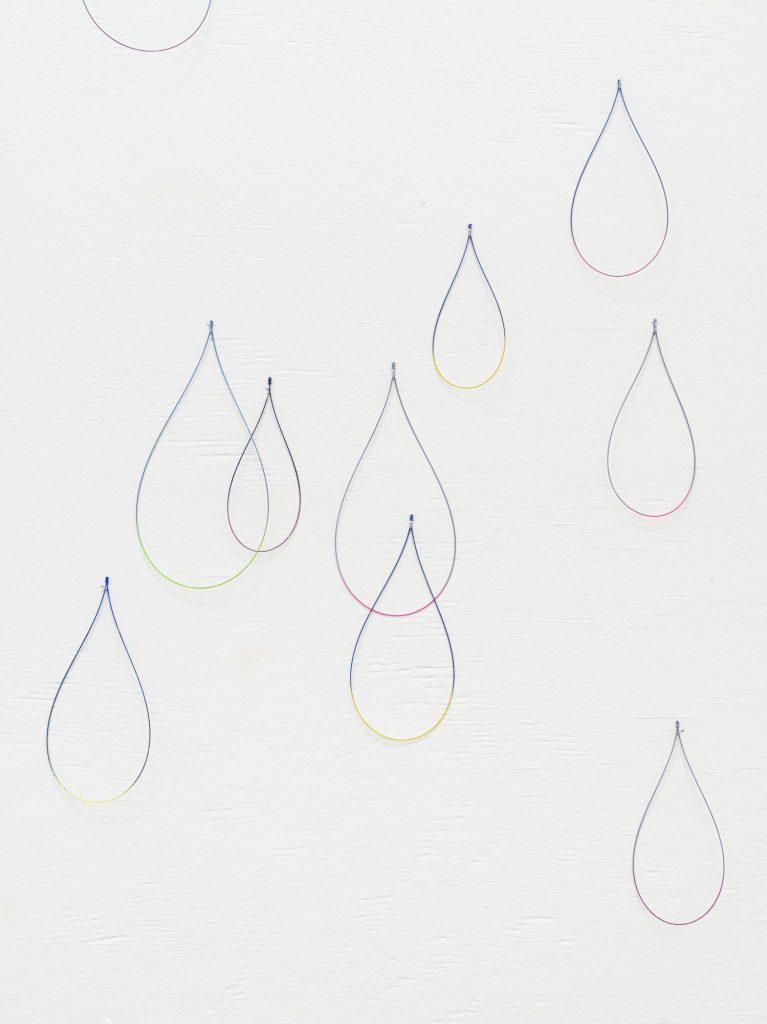 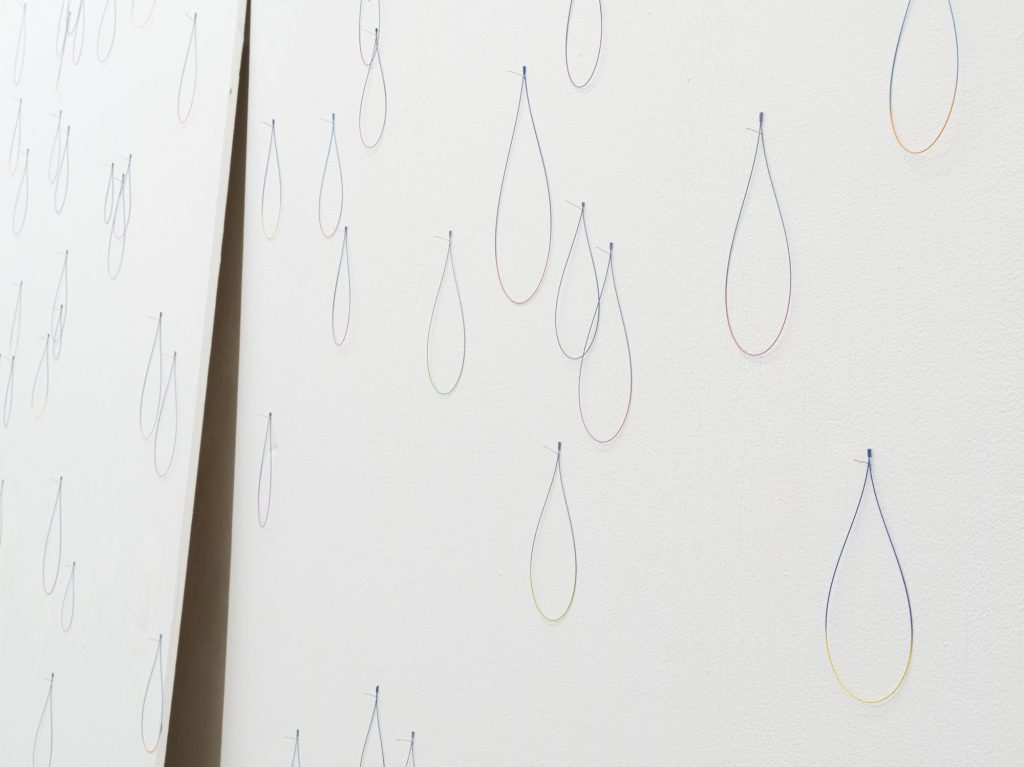 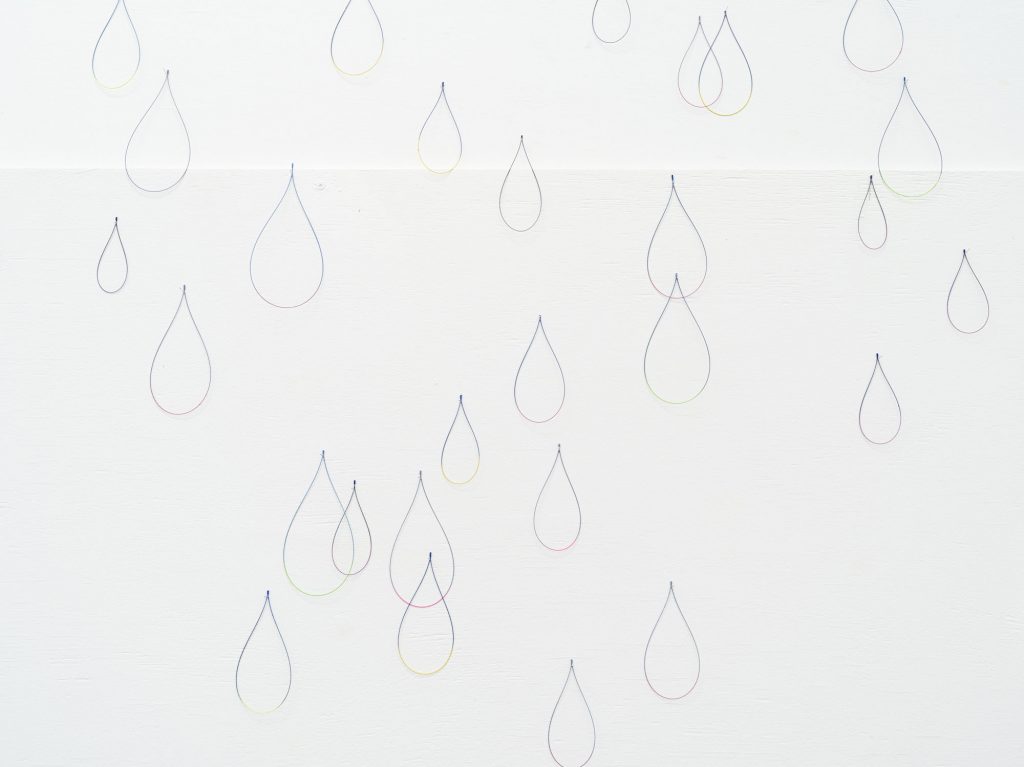 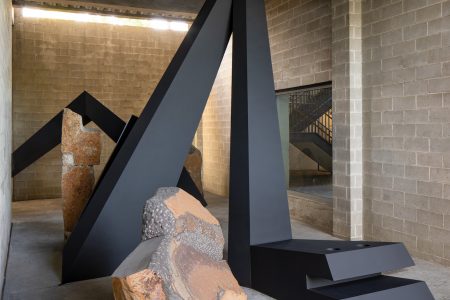 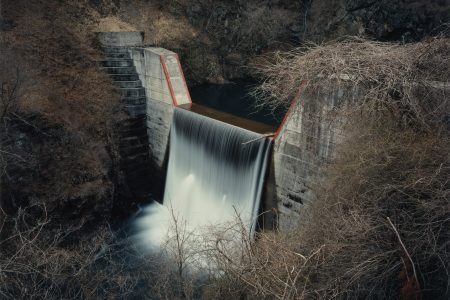 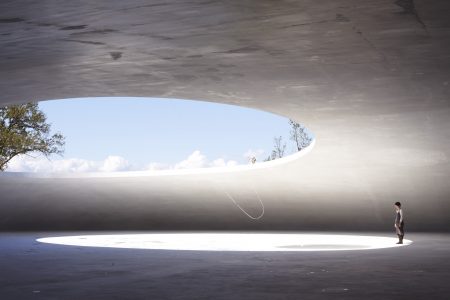