In Alfred Hitchcock’s 1954 movie “Rear Windows”, the viewer and the film’s main protagonist (called Jeff, played by actor James Stewart) share the same perspective: stuck in a passive, watchful setting looking on at the private lives of unknowing strangers. A compelling critique on the thrills and perils of observing, and being observed — the film’s almost meta subscript that makes its viewers hyperaware of their role in being an almost intrusive onlooker has been transcribed into an exhibition at Fondazione Prada’s Prada Rong Zhai in Shanghai. Presenting new commissions that include video installations, neon signs and a cabin tent constructed in the buildings private garden, the intimate exhibition — which takes it’s name from the eponymous movie — is a result of a close on-site collaboration between internationally renowned art critic, curator, and institutional director Jérôme Sans and Chinese multi-media artist Li Qing.

Prada Rong Zhai’s rich history is a primary reason, and inspiration for, Jérôme’s exhibition proposal for the space, stating: “My curatorial practice began with working in real places; spaces that have a specific context and history. The Prada Rong Zhai house is an iconic house from the 20s built by a German architect and restored completely by Prada in order to preserve this unique historical site as a heritage. It has its own story connected to it.” Originally built in the early 1900s for a German expatriate, the early-20th-century Western-style garden villa in the heart of Shanghai was purchased and expanded in 1918 by Yung Tsoong-King, a flour-and-cotton tycoon from Wuxi (a city in southern Jiangsu province, eastern China). Under his guise, the house became a balanced mix of revivalism, ancient Greek motifs, Chinese aesthetics, and Art Deco details — but as the Second Sino-Japanese War (1937 -1945) started to wage the Yung family fled to Hong Kong, and the space was nationalised and became a public building. Over the years, it cycled from a government building for the Communist Party after the 1949 revolution to offices for the likes of Rupert Murdoch. Ultimately, the villa was turned over into the restorative hands of Prada — who enlisted famed Italian architect and collaborator Roberto Baciocchi to oversee its restoration.

Considering the space as a palimpsest of Shanghai’s century-old history, Jérôme closely collaborated with Li Qing to provide a site-specific exhibition that relays an in-depth exploration of the history and the space of Prada Rong Zhai, whilst also creating a connection between the past times and the current urban environment of Shanghai. “Li Qing’s work resonated with Prada Rong Zhai because his work deals with the fast mutation of Chinese cities and he uses “windows” in his work, especially those that come from the French Concession district in Shanghai – which were taken from destructed houses and replaced by skyscrapers. He was part of a new generation of Chinese artists, born and raised with full access to information and possibilities of travelling which has resulted in a very fascinating attitude towards the world. His work reflects a global perspective with a Chinese soul”. Each of the artist’s work suggests references to the city of Shanghai (or even Hangzhou, where the artist lives), where old and new buildings, different social groups, urban myths, legends and expectations coexist. The exhibit, comprising of recent artworks by Qing as well as new commissions, will “act as climatic scenes to experience the act of seeing, of being seen or observed” according to Sans, as the space is treated as though it was still occupied by its owners, or by their contemporary ghosts. There presence is noted through the suggestions of artistic interventions such as sound-pieces that make it sound like there are people shuffling around upstairs and the illuminated tent in the centre of the garden with subtle shadows that move inside it . With a storyboard-like curatorial strategy, the curator/artist duo attempted to create a “3D live-in movie” throughout the exhibition, playing with visitors expectations of an art exhibition — and creating one in which the visitor is not a passive onlooker, but an active observer and performer within the space.

Not only are the indoor spaces the villa involved within the exhibition, but the outdoors as well. As a large custom neon light shines atop one of Rong Zhai’s windows reveals the exhibitions title “Rear Windows”, the space is immediately connected to the city. In the exhibition, the form of the window reappears quite literally within Qing’s 2014 work “Neighbor’s Window”— in which he borrows the trompe l’oeil technique, combining old wooden window frames with the paintings of colonial architecture behind glass. The visual illusion connects individual life with today’s modern metropolis of Shanghai, which comes along with the feeling of anxiety in the westernised culture and memory of the past revolutionary time. The metaphor of the window is extended along these painted and architectural borders, as Jérôme elaborates: “We face the realities that we live in through our windows, digital or physical. They are metaphors of the history of painting since the Renaissance, but in this post-digital era the metaphor is extended to a point in which where we can have different windows opened at the same time in our computer of phone, consistently going from one to the other. We now live in a time of simultaneous realities. Through his ‘windows’, Li Qing shows the fast and ever-changing mutations of the urban environment in China. Moreover, the neon sign holding the title of the exhibition is like the generic opening title of a movie that is displayed over all the rooms and the garden, and reconnects the historical house to the vibrant city of Shanghai. His work is an invitation to the observation and analysis of the pictures that appear in front us or come to us through our “windows”. The exhibition and his work bring back the notion of enigma and storytelling even though there is no order to follow — and invites visitors to take one’s time, in an era where pictures and information have a shorter and shorter lifespan. “ Having said that, the curator won’t take it to heart when he sees visitors taking photographs of the space: “it was quite interesting to see people making pictures of windows looking at outside. Like a multi-layers perspective of different worlds!”

All in all, the decision to rehabilitate the empty spaces in “Rear Windows” generates an unusual cinematic atmosphere that evokes the past, future and present simultaneously — and reveals the duality of contemporary life as it swings between notions of representation and authenticity, reality and playback, modernity and tradition. Inviting to re-evaluate our relationship to the changing world around us, Li Qing’s work here brings forward a singular question: “How can we get closer to reality of things?” — and perhaps, we can find an answer in the details..

“Rear Windows” will be on view until January 19th, 2020 in the spaces of Prada Rong Zhai in Shanghai. 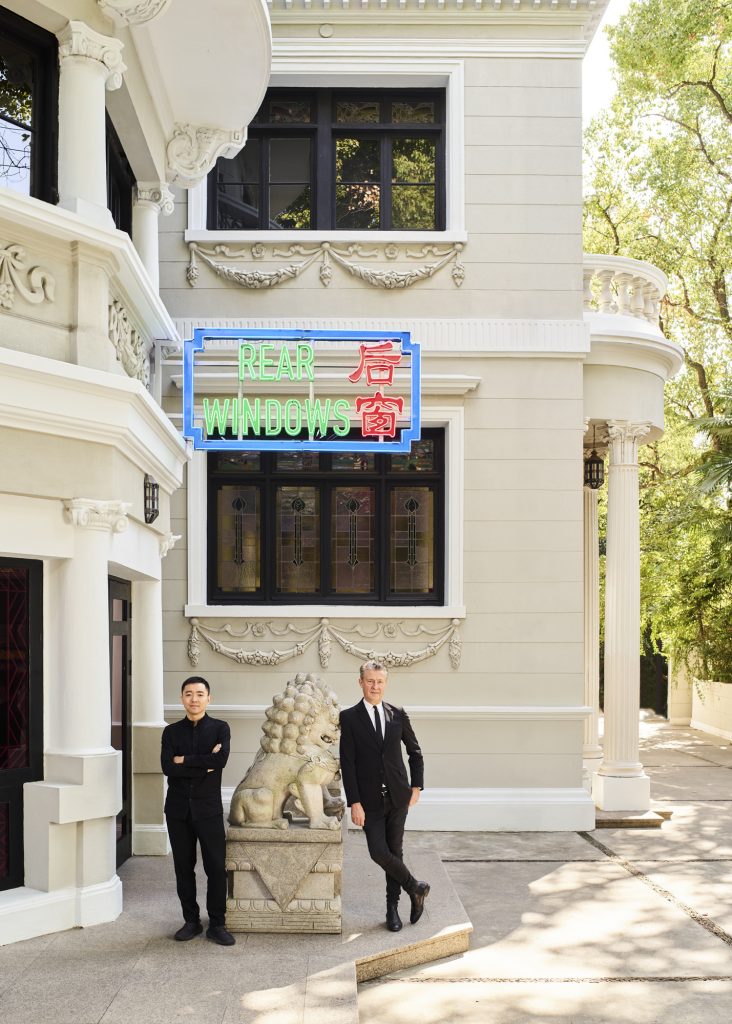 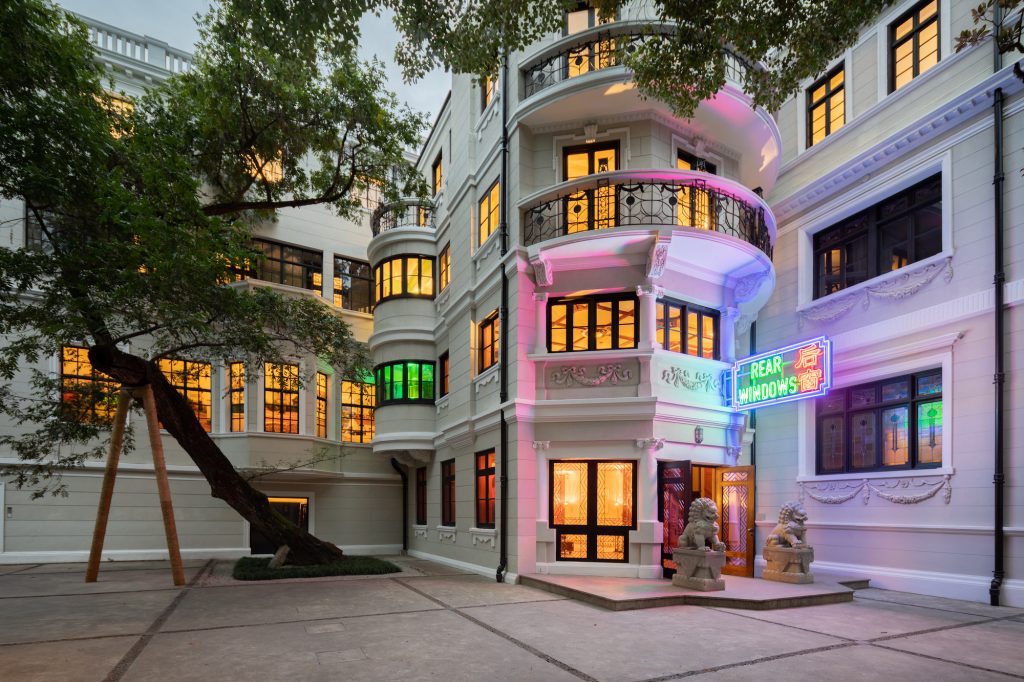 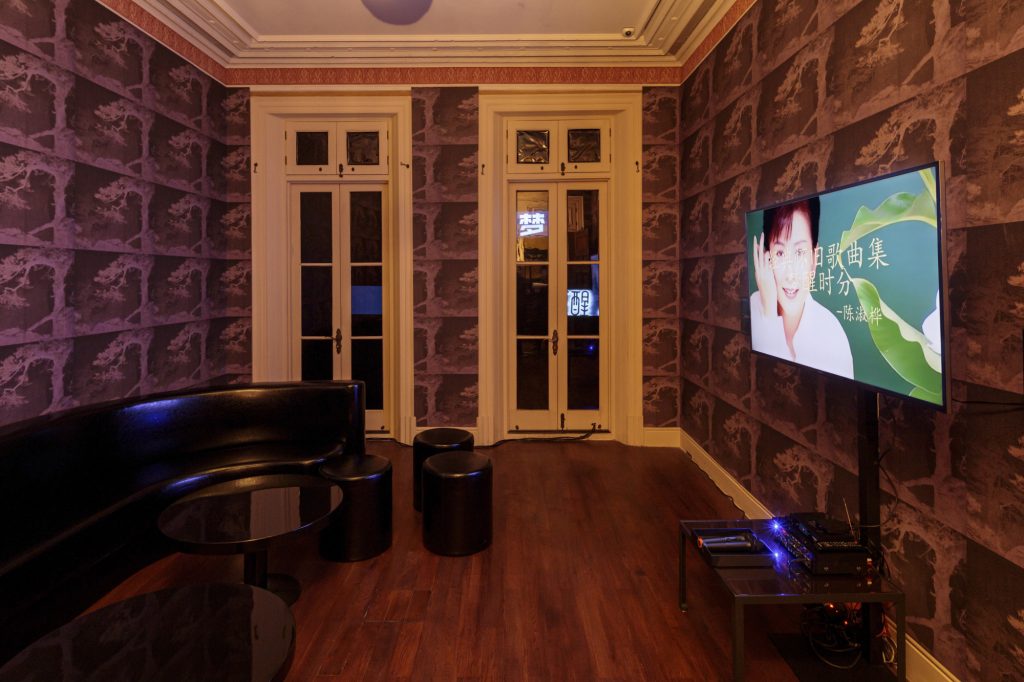 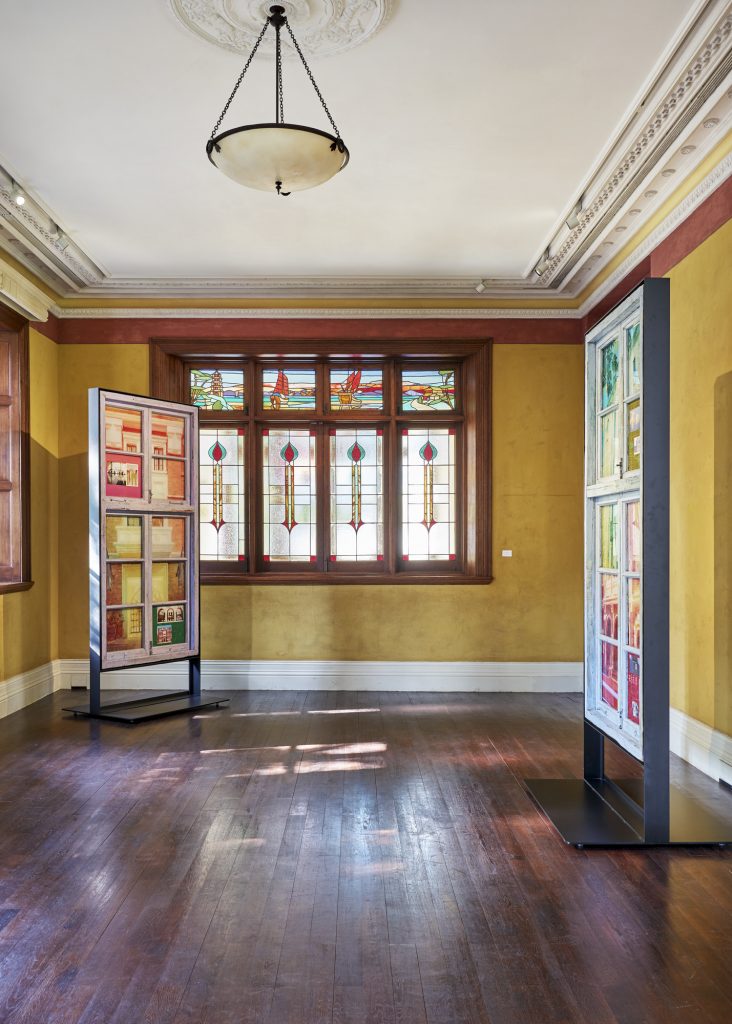 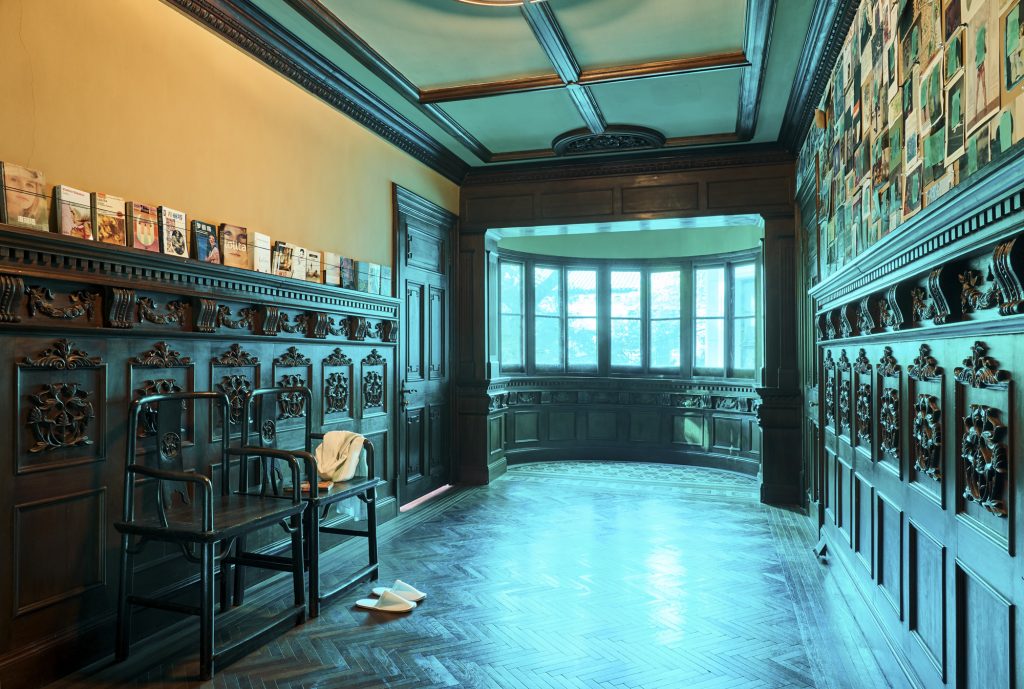 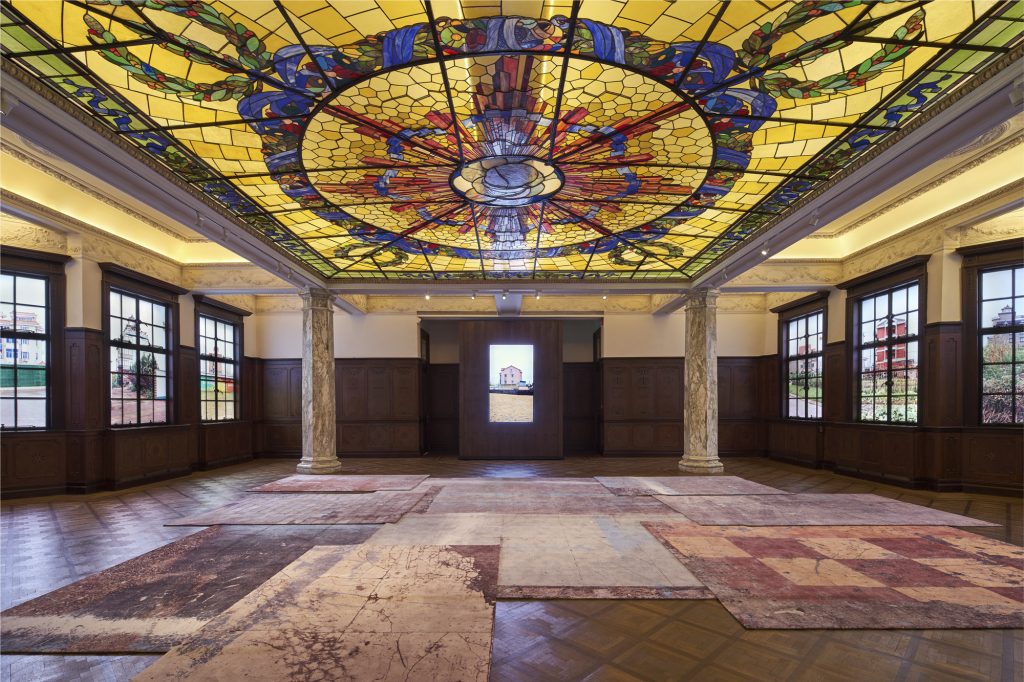 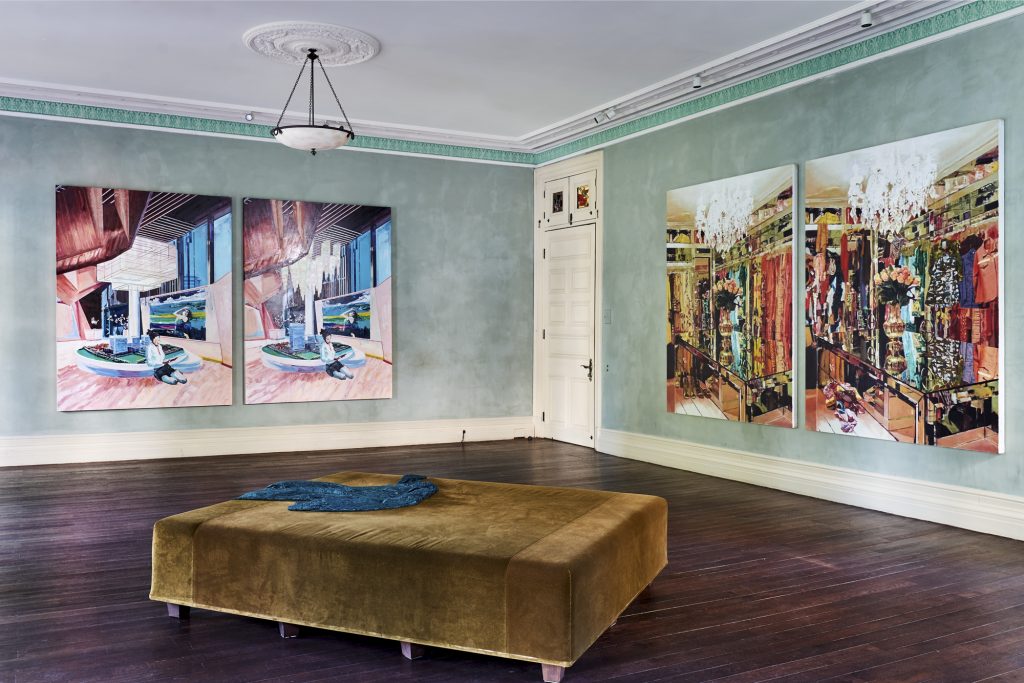 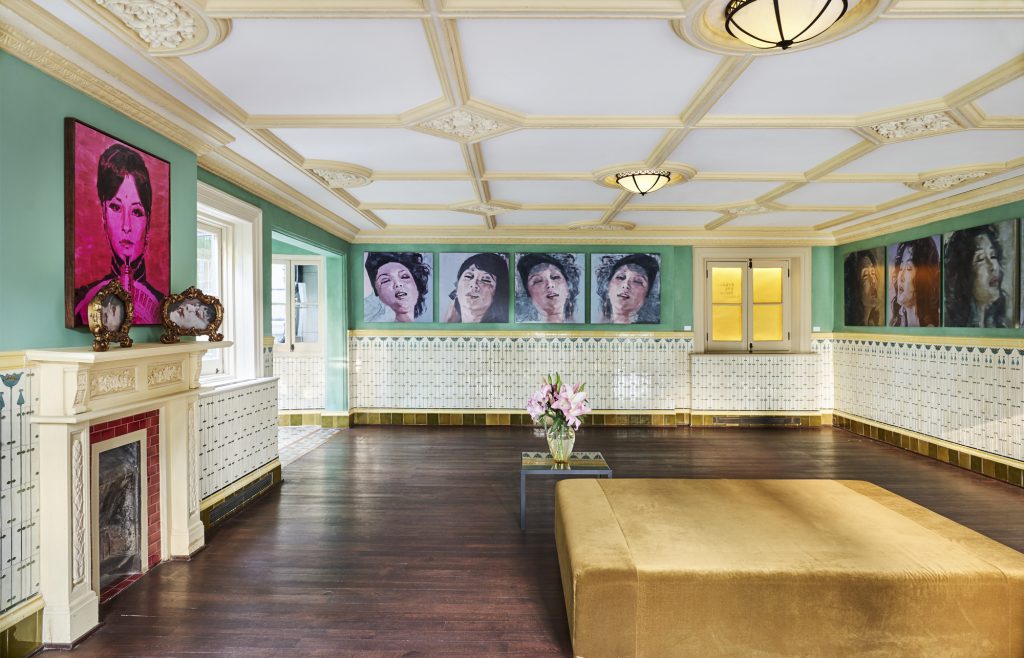 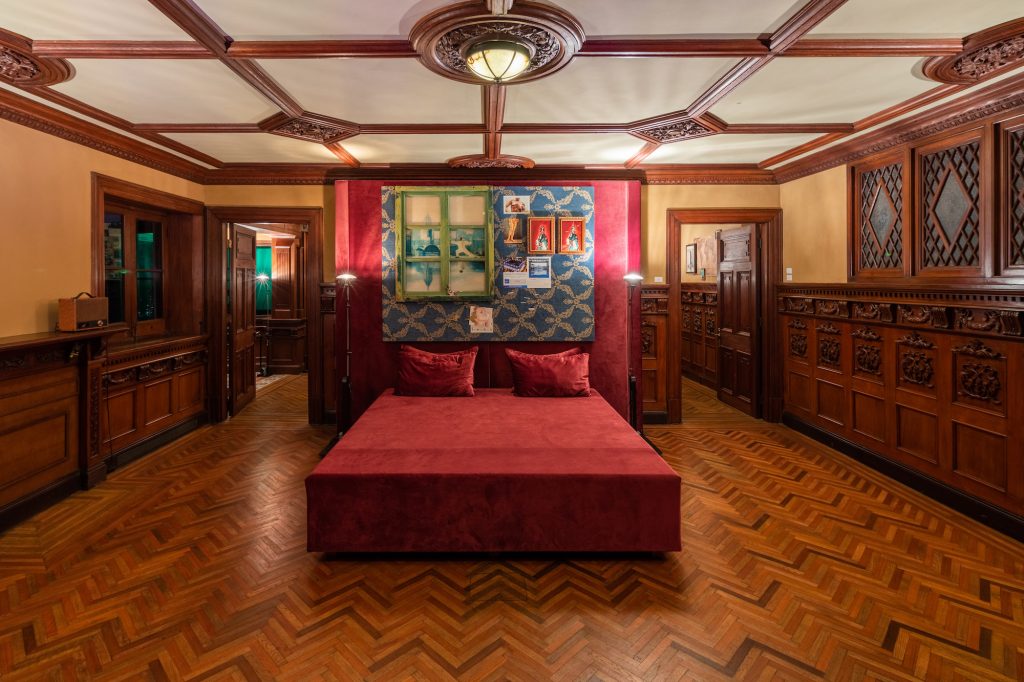 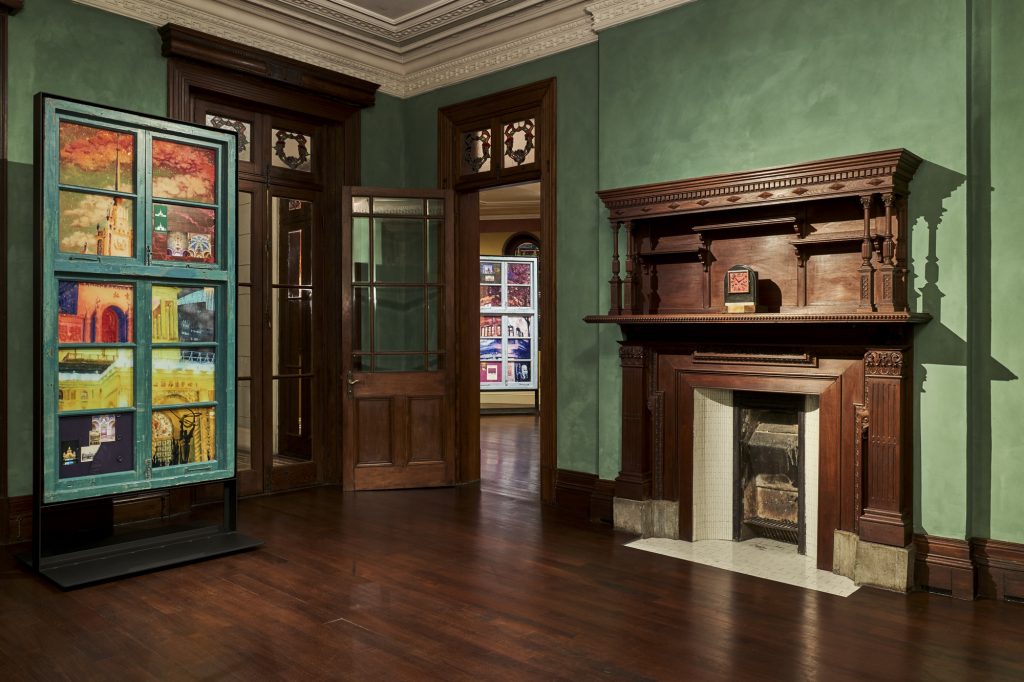 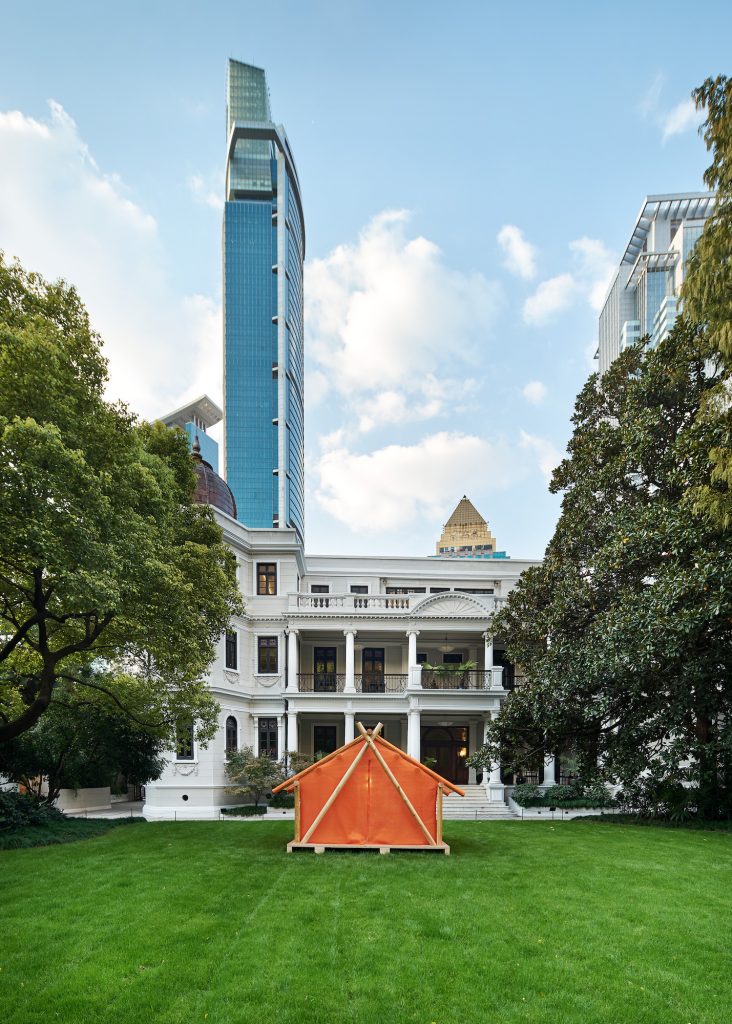 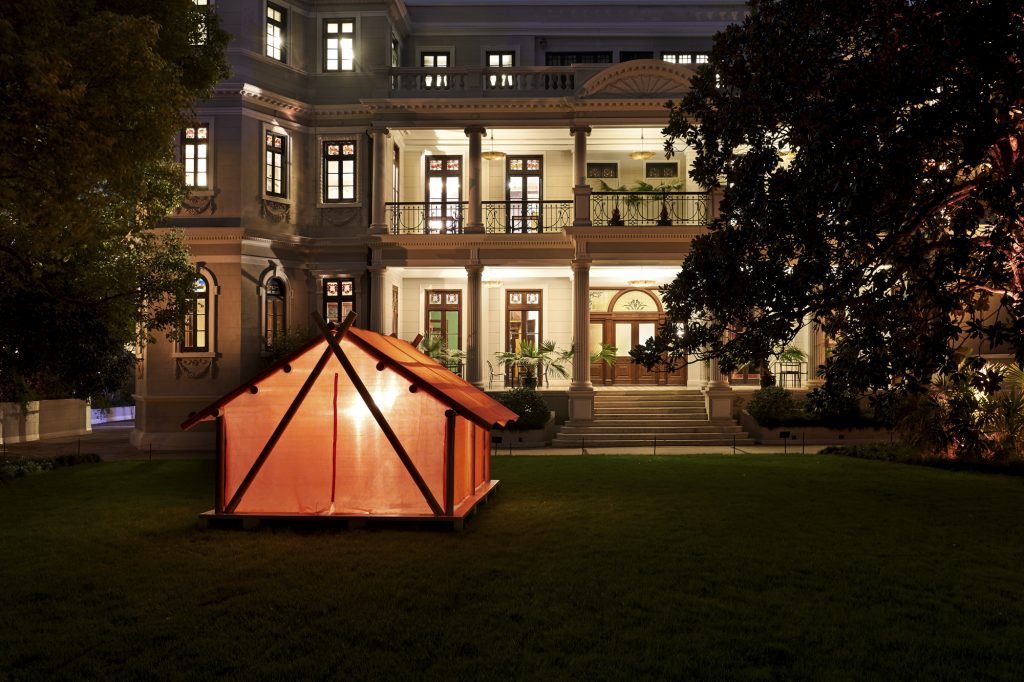