From 18 April to 5 September 2021, MASI Lugano presents the first retrospective in Switzerland devoted to the painter and illustrator Luigi Pericle (1916–2001). The project has been developed in close collaboration with Archivio Luigi Pericle and the Museo Villa dei Cedri in Bellinzona. Twenty years after Pericle’s death, a priceless discovery of hundreds of his artworks prompted the retrospective exhibition. Ad Astra explores his artistic and intellectual research through a carefully curated selection of paintings, drawings, sketches, documents, and writings.

Born in Basel, but of Italian origins, Luigi Pericle has lived and enlivened a chapter of the history of art acclaimed by the most renowned names of the artistic panorama: from collector Peter G. Staechelin to the trustee of the Tate Gallery. Sir Herbert Read, the museologist and curator of the York Art Gallery, Hans Hess, and the owners of the Arthur Tooth&Sons art gallery in London, where his works were exhibited along with Appel, Jorn, Tàpies, Dubuffet, and Mathieu. Following an important itinerant solo exhibition through several British museums, Pericle suddenly retreated to a secluded life. The year was 1965. Together with his wife Orsolina Klainguti, in the 1950’s he had moved to the ‘anarchic paradise’ of Monte Verità, the famous ‘Hill of Utopia’ tucked amidst the woods of Canton Ticino overlooking Ascona, facing the northern point of Lake Maggiore. Here, he continued to work, study, and reflect in solitude.

As a painter, an illustrator, and all-around scholar, Luigi Pericle, was influenced by theosophy and esoteric doctrines and took part in the cultural debate engendered over the past century by these trends. Pericle breathed in the mystic air of Monte Verità (literally “Mountain of Truth”), which, in the early 19th century, welcomed the community founded by Ida Hofmann and Heinrich Oedenkoven on the Hill of Utopia that attracted exponents from the European ‘counter-culture of the time. Beginning in the 1930s, these same places saw the beginning of the intellectual adventure of the Eranos meetings, promoted by Carl Gustav Jung (whose The Red Book was rediscovered in recent years and exhibited at the Venice Biennale in 2013) and by Dutch theosophist and painter Olga Froebe-Kapteyn.

Pericle was a multifaceted artist with manifold interests; he escaped any classification and confirmed to be a professional painter as well as a talented cartoonist. In 1951, he created the marmot Max, the protagonist of the homonymous comic strips with no texts, which soon became a famous character in Europe and farther afield, in the US and Japan. With his work as an illustrator, Pericle gained international fame, and his comics were released by New York publisher Macmillan in popular newspapers such as The Washington Post, The Herald Tribune, or the magazine Punch. Concurrently with this ‘pop’ activity, his second life as a painter engaged in informal abstract art saw him conjecture obsessively on peculiar processing techniques, on experimentation with materials, on a daily exploration aimed at bending the language of painting to the needs of the soul in search of forms, gestures, symbols, scenarios, creatures, openings and parallel universes that could be the reification of the invisible and of a truth existing beyond contingence.

The volumes of literature, philosophy, Egyptian art, theosophy, astrology that crowded his library served to quench Pericle’s versatile thirst for knowledge, the miraculous source of an inspiration that was not confined to painting but, rather, entrusted to thousands of documents that unveil a plethora of horoscopes, ufology essays, notebooks rich with quotes and Japanese ideograms, cosmic symbols, Chinese medicine, and homeopathic recipes. “Art”, quoting Pericle, “reflects man’s spiritual inclination and is like an instrument endowed with clairvoyance; art always has the presentment of future events.” His imagery was thus enlivened with hypnotic figures, visionary scenarios, alien worlds, stargates open toward mechanic civilizations. A magnificent obsession that led him far from ‘painting as mere painting’ and turned him into a free thinker and even the author of a science fiction novel set in a post-atomic world. This unpublished work has emerged today along with paintings devoted to diverse themes that are presented in this exhibit according to a chronological path covering three decades.

Recently, in the cellar of a Swiss house, hundreds of his artworks were discovered. A spectacular find, by which these valuable items marking the beginning of a new chapter in modern art history. With the paintings returned to the museum, the history of Pericle is brought back to life. The exhibition aims at shedding light on an extraordinarily valuable author who belongs to that category of artists – names come to mind such as Hilma af Klint, whose work was presented at the Venice Biennale in 2013 – who preferred to let their work speak only after their death, nevertheless impressing it with an energy that would deserve posthumous rediscovery. After the death of Luigi Pericle, who died without heirs in 2001, his home in Ascona remained closed for fifteen years until 2016 when it was purchased by new owners who showed a profound sensitivity to the fascination of its glorious past. This house has revealed an immense heritage of works and writings that remained buried for years; a summa of the universal thought cataloged by Pericle with monastic rigor and that remained crystallized intact until today.

Cover image: Luigi Pericle and his wife Orsolina Klainguti on the artist’s Ferrari 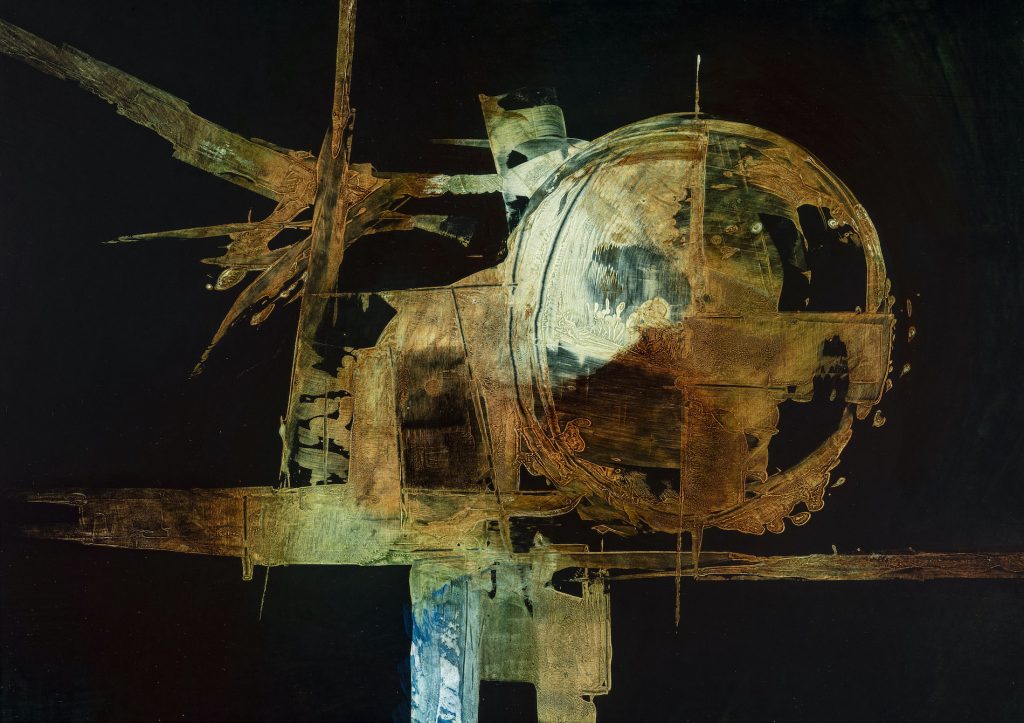 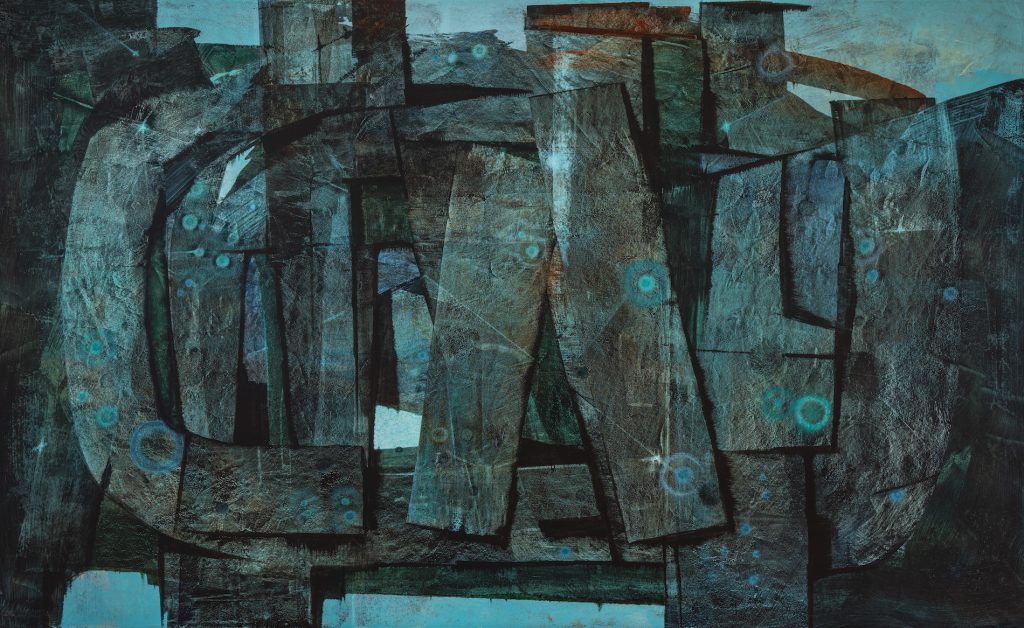 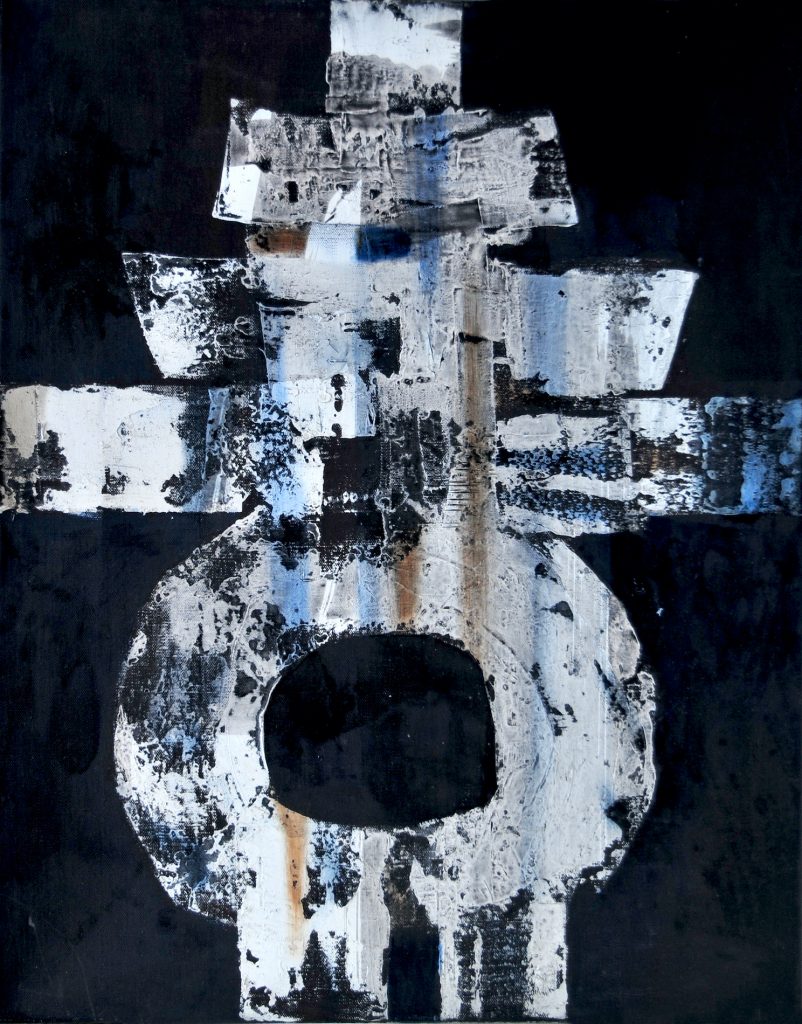 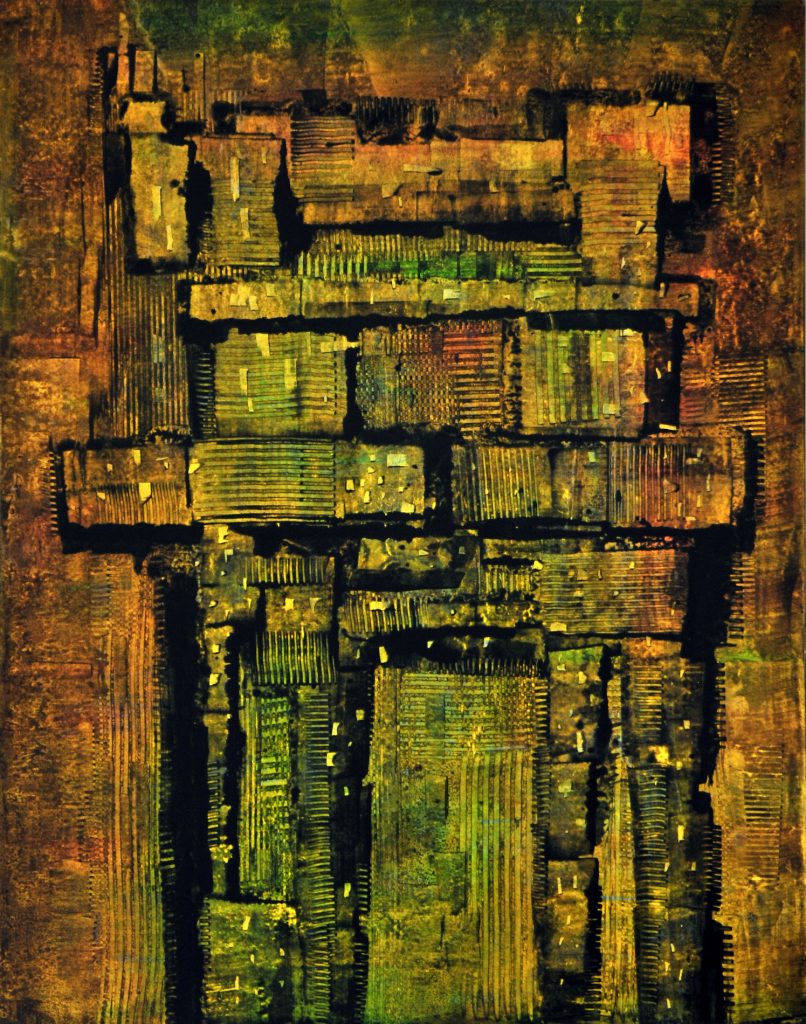 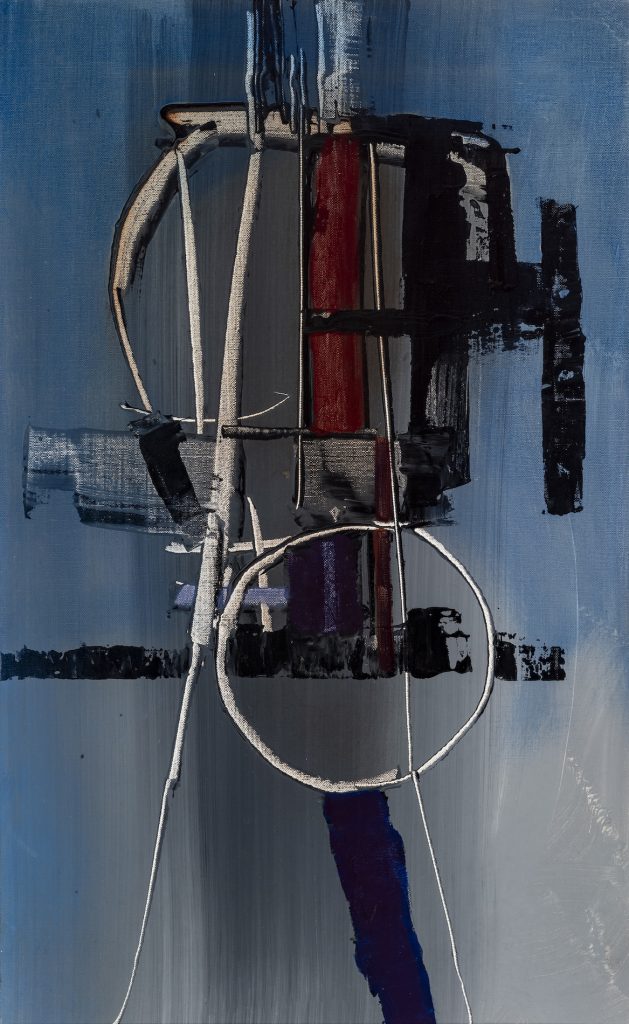 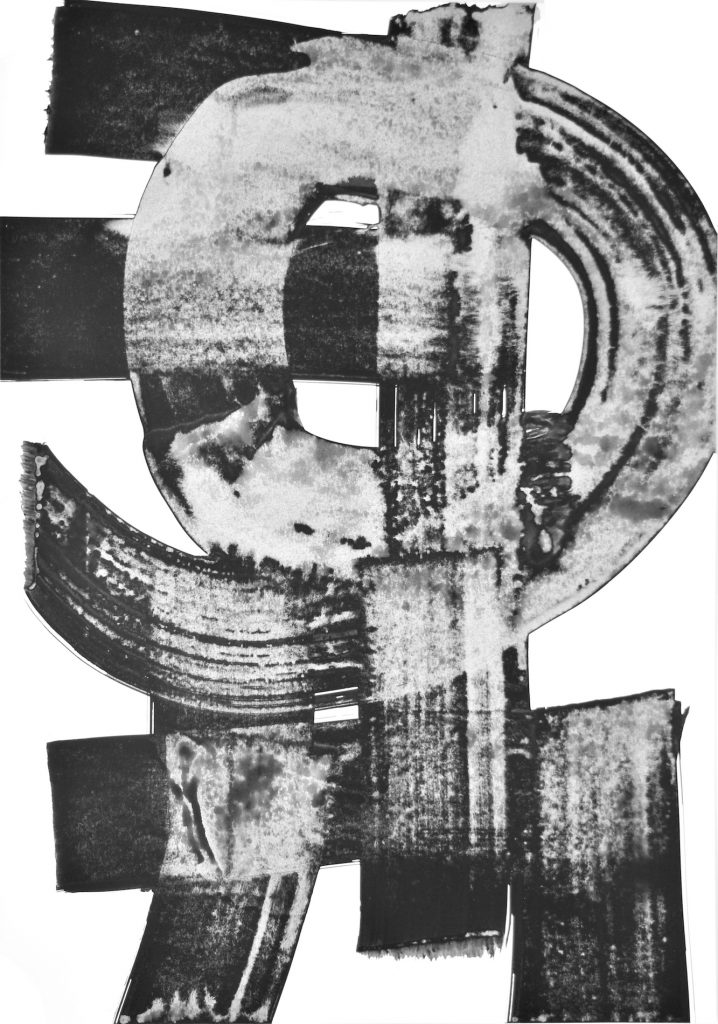 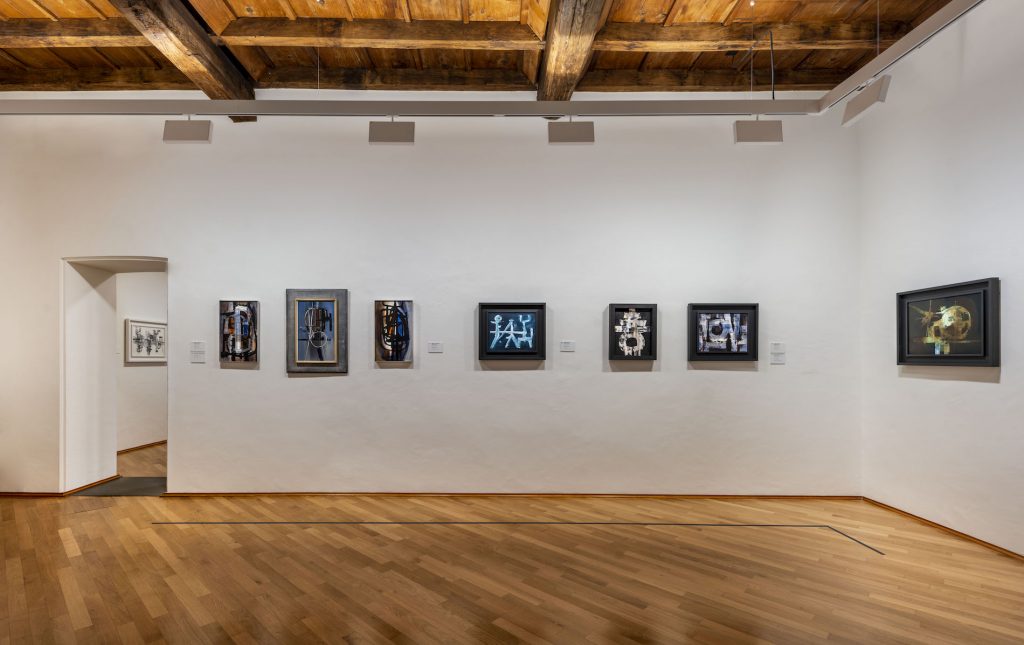 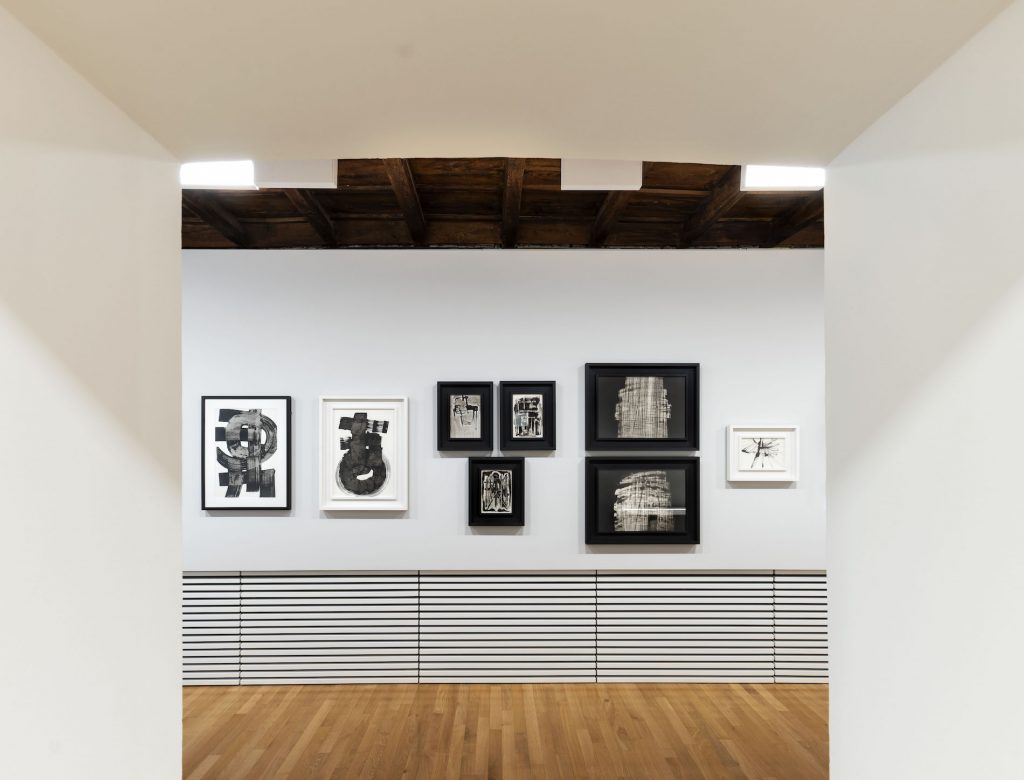 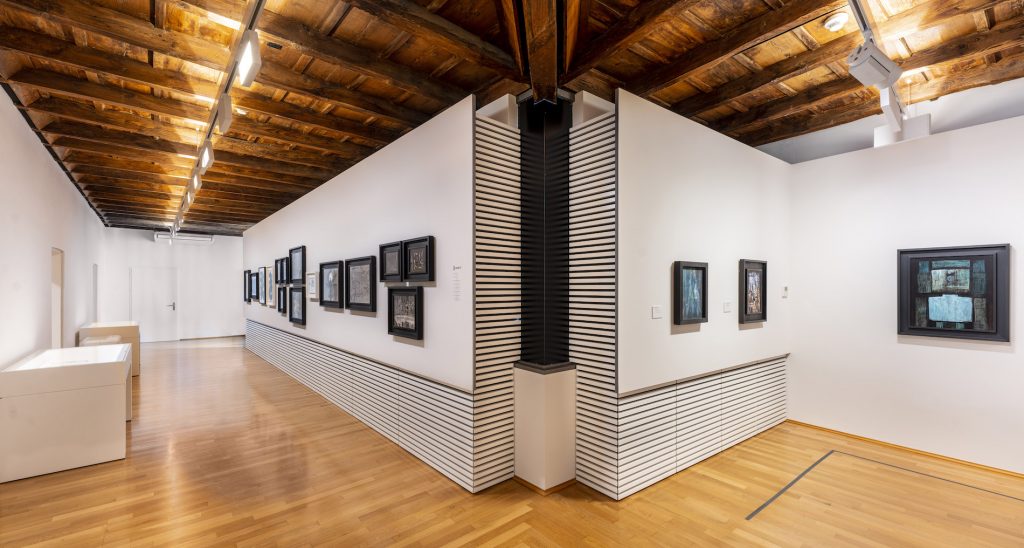 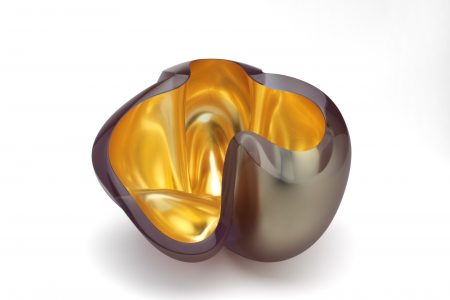