The MAK contrasts colourful, trendy furniture and design icons such as the Panton Chair (1967) by Werner Panton or the fauteuil Galaxy (1966) by Walter Pichler with traditional high-quality “joiner’s chairs” in the exhibition “Sitzen 69” Revisited. In 1969, the Austrian Museum of Applied Arts (today’s MAK) presented dignified “joiner’s chairs” from Scandanavia, Italy, Germany, and Austria in the furniture exhibition Sitzen 69 [Seating 69]. However, seating that was characteristic of the era was missing at that time. To commemorate the 50th anniversary of this exhibition, the MAK revisits the topic and compares the chairs made of wood and handcrafted by joiners with playful and crazy furniture pieces which became the epitome of the alternative and utopian living concepts of the 1960s.

With around 45 objects from the MAK Collection, divided into four platforms, the exhibition “Sitzen 69” Revisited in the MAK Permanent Collection Historicism Art Nouveau, which will be temporarily remodeled for the presentation, offers an insight into contemporary consumer art production of the 1960s. The exhibition Sitzen 69 was not designed to give an overview of the latest trends in international contemporary design. In accordance with the statutes of the museum, it wanted to fulfill the task of “promoting the art industry and applied arts, and to form the taste of contemporaries,” as was stated in the accompanying exhibition catalog.

It was Scandinavian design in particular which was regarded as exemplary, becoming the epitome of “good form” in the post-war period. Furniture designs from Denmark, Finland, Sweden, and Norway by designers such as Alvar Aalto, Finn Juhl, Ole Wanscher, and Hans Wegner were characterized by a pragmatic simplicity.

That exhibition also made cross-references to Austrian designs, especially to the Viennese furniture tradition. In Sitzen 69, among others, there were also chairs designed by Josef Frank and executed by the Viennese company Haus & Garten, which date back to around 1930. Frank was undoubtedly the most important Austrian furniture designer and interior designer of the interwar period; in the exhibition catalogue of Sitzen 69, he was called the “founder of the then, ‘new Viennese style.’”

Sitzen 69 was meant to be understood as a plea to connect the tradition of the outstanding Viennese furniture designs of the first half of the century with the internationally recognized model of the Scandinavian countries. At the same time, the claim was programmatically formulated not to bow to the dictates of fashion and the style of the time.

In the 1960s, under the influence of Pop Art and the era of space travel, innovative design emerged in the furniture sector, including many designs that are now regarded as “design classics,” such as the Sacco by Italian designers Piero Gatti, Cesare Paolini, and Franco Teodoro or the seat entitled Tongue by the Fre“Sitzen 69” Revisited expands the view of seating intended in Sitzen 69. 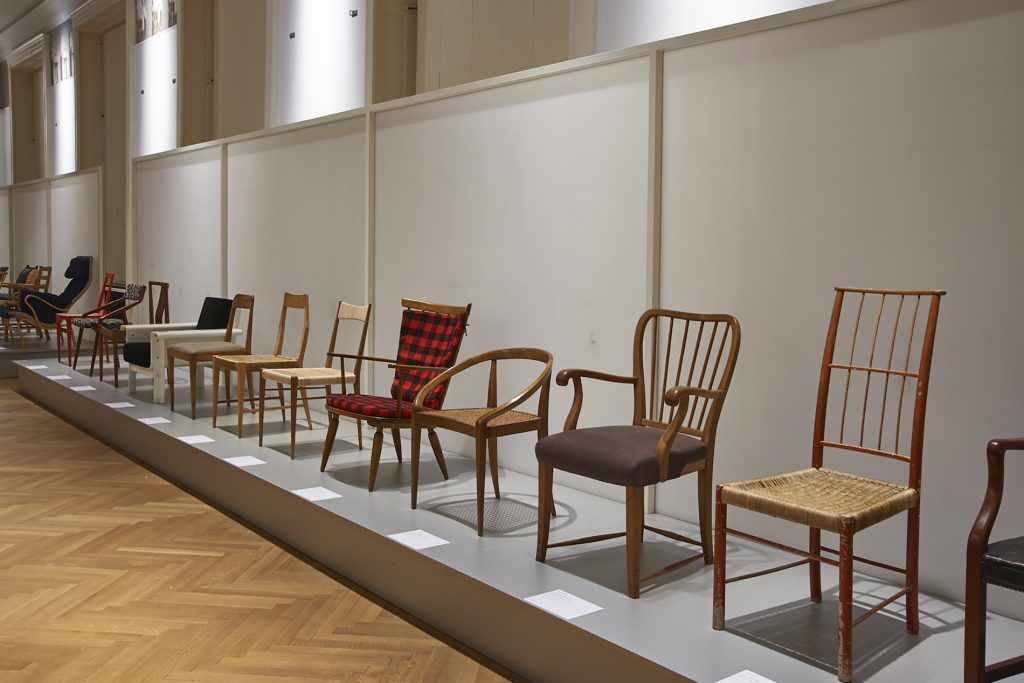 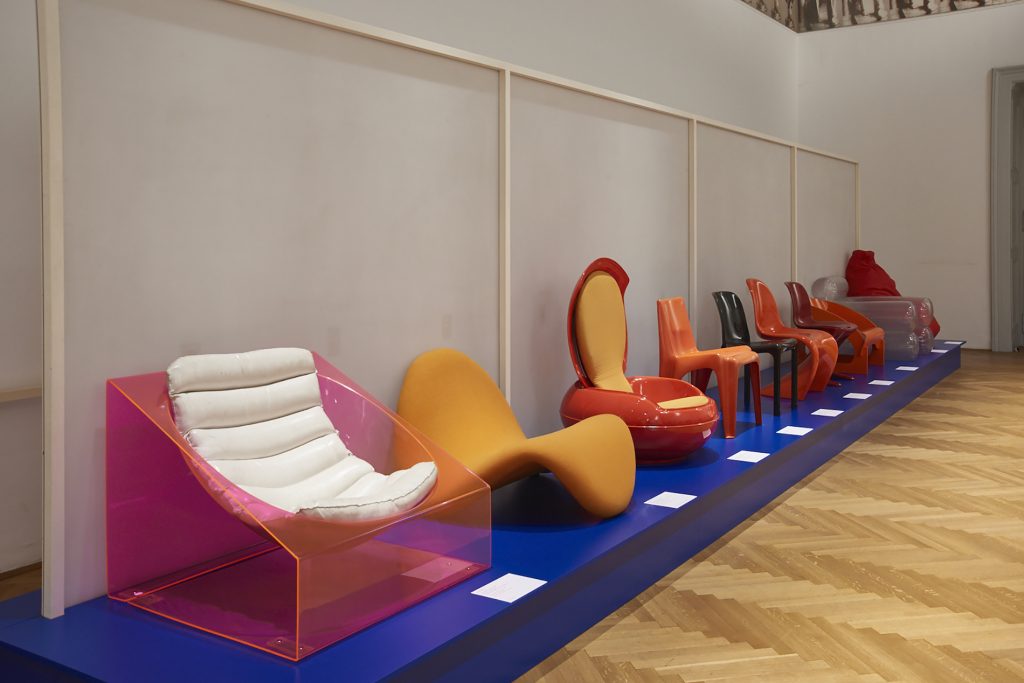 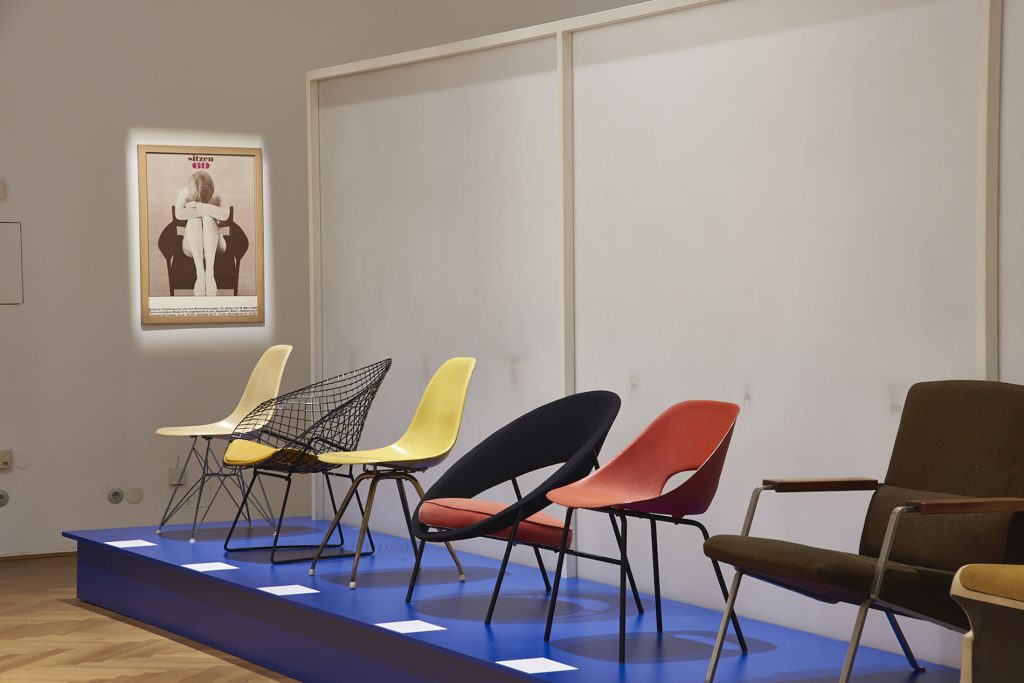 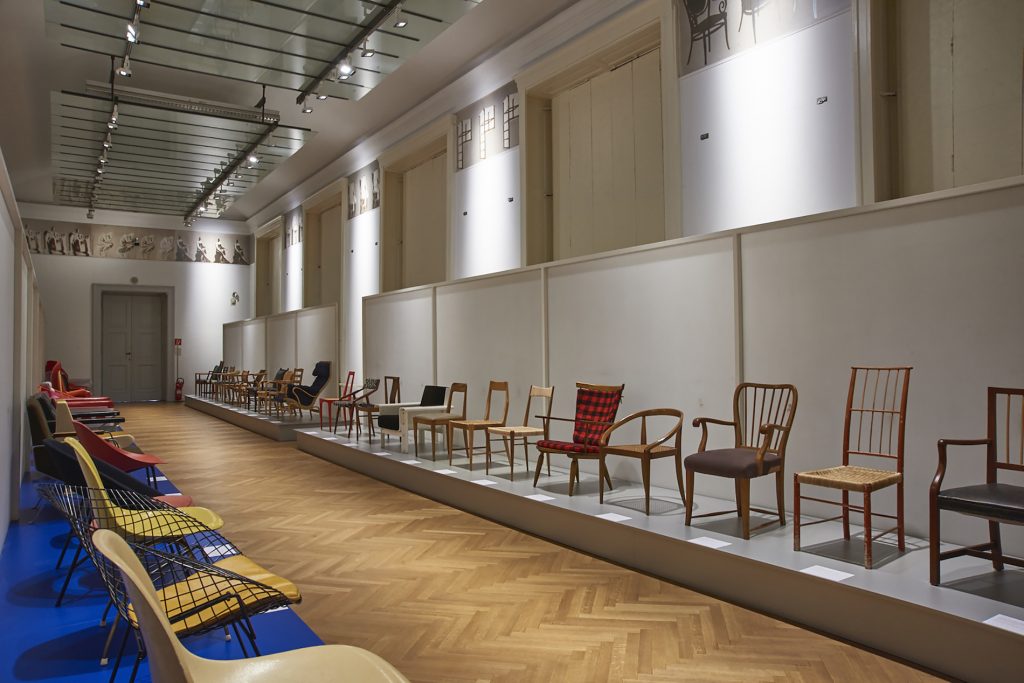