In 2010, The New York Times reported that induction cooking was about to go mainstream. As much as the verb vaping has become a snarky insult of choice for many, the joke works because the utensil is recognisably ubiquitous. And on a longer scale, since the household gas and electric ovens came to widely replace its black predecessors, we’ve seen fire disappear from our daily lives. But Michele Oka Doner is bringing it back.

Throughout a career that spans five decades, the American artist has been enthralled by the links between humans and nature. With Bringing the Fire, her new solo show at the David Gill Gallery in London, she’s using sculptures and works on paper to try to weld back the broken relationship today’s society has with the element. “Fire has disappeared from contemporary daily practice in most of the developed world, contained by technology and controlled by buttons and knobs,” she explains. “Alter II, one of the largest works [on show], restores the sacred space formerly occupied by fire. Its majestic presence calls out for a return to ritual.”

We spoke with Oka Doner to discuss the casting process for the pieces, mainstream awareness and the life of leaves.

TLmag: What was the casting process for Altar II like?
Michele Oka Doner: It was as complex as one could possibly imagine. The deconstruction itself took about a month, and each piece was carefully notched so it could re-find its moment of severance. It must have been cast in close to a hundred parts.

TLmag: What is the concept behind Sparks and the Adam series?
MOD: The Sparks are small works that are practically hand held, intended to ignite the exhibition
with their energised bodies.

[Regarding the Adam series], I’ve always been interested in the inter-connectedness between all living things. This is not the first time I have conflated plants and homo sapiens, but with the scale of eight feet, it is the most monumental expression of my joyful awareness that leaves have veins and so do we.

TLmag: Is your work process different today, considering the mainstream recognition of the importance of having a respectful symbiotic relationship with nature?
MOD: My work process has remained close to the bone for half a century. The wake-up call that resonates throughout our throbbing culture today has little to do with the notions, and passions that drive me. That said, it’s wonderful to see how people are pausing to hear the earth sigh.

TLmag: With the invention of electrical cooking appliances, we’ve achieved a secular sort of the burning bush –as in, physically, it does not consume itself. How does this relate to your vision of bringing back the ritual of fire in our daily lives?
MOD: Fire is a primal, elemental force that is not comparable to the cooking range, which is a limited and tameable. Nice to have a gas stove, but it doesn’t really stir ancestral memory of the hearth in the cave.

Bringing the Fire is on display until April 25 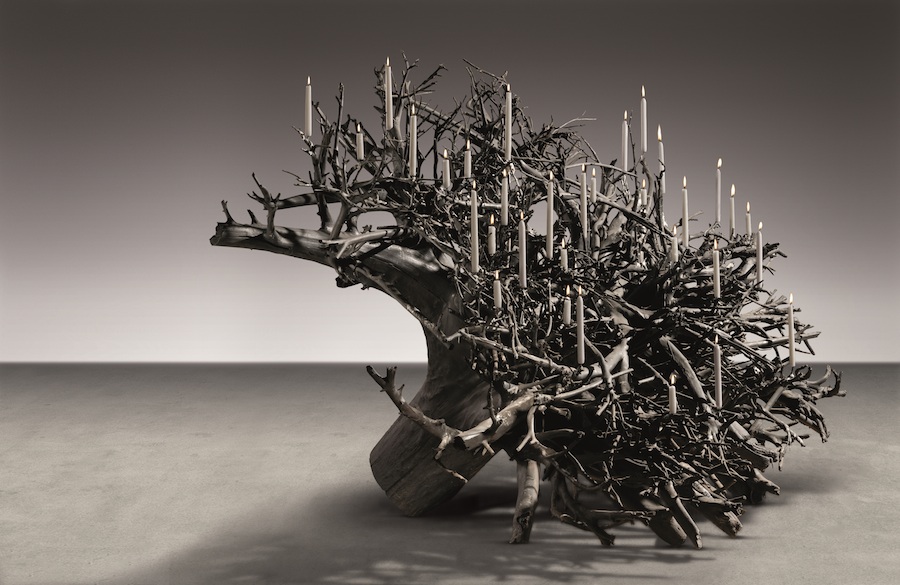 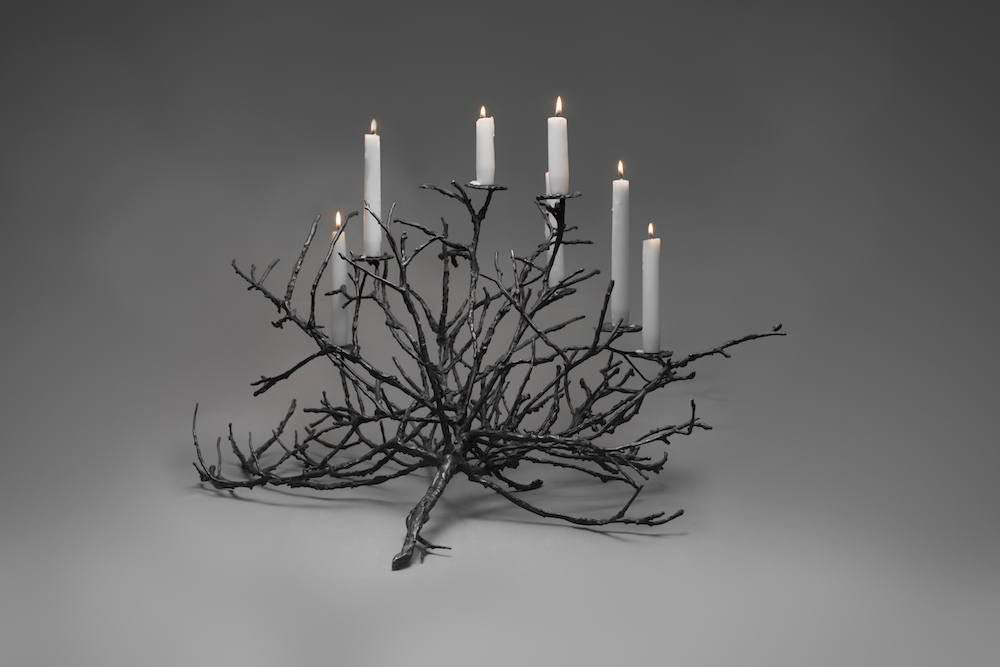 Variation 44 of the Burning Bush 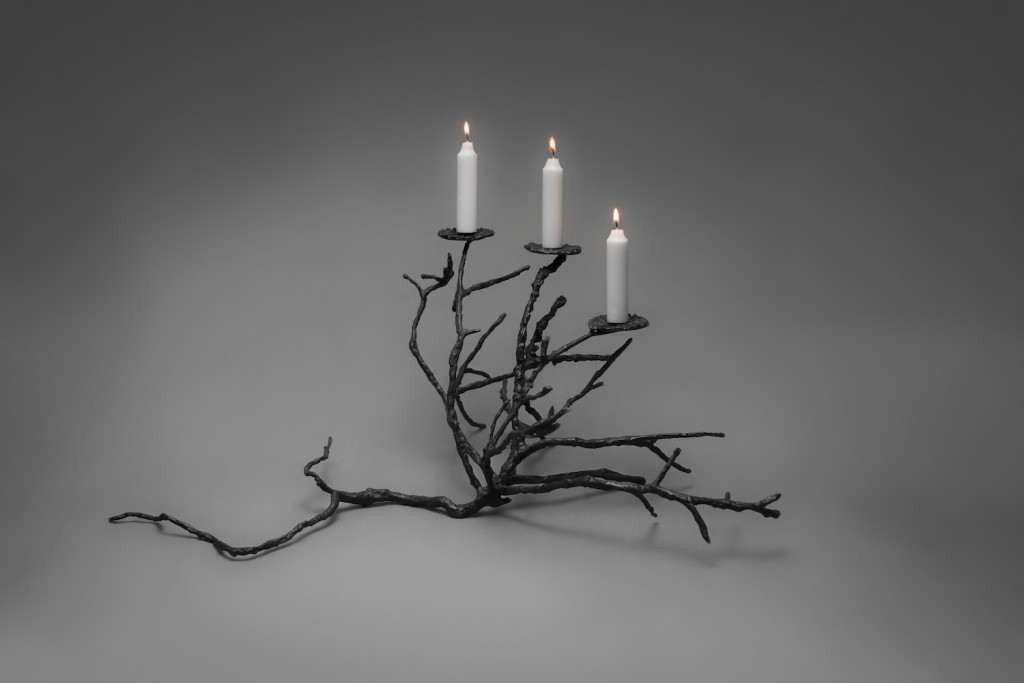 Variation 55 of the Sparks series 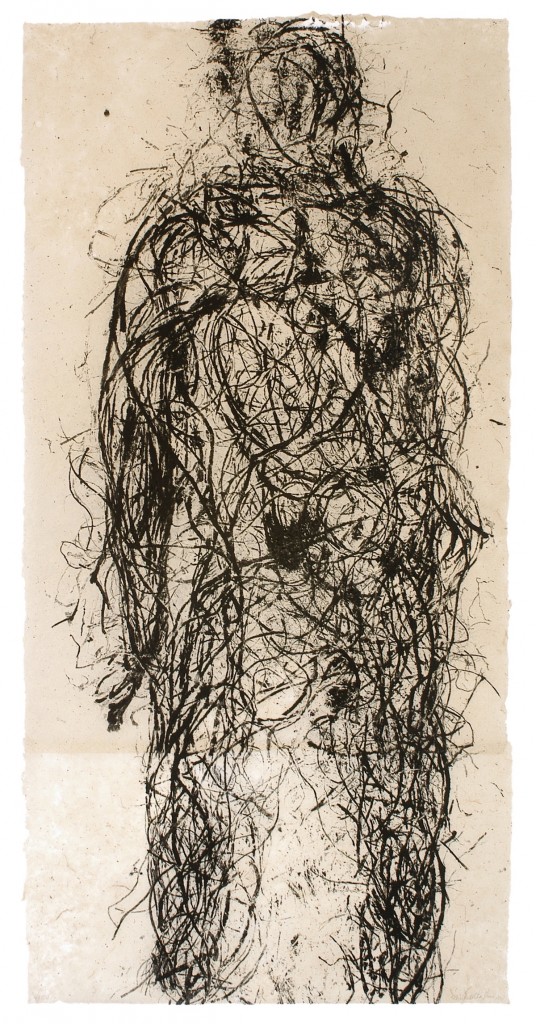 On paper: Adam from Roots
‹ Back