What will our urban dwellings look like in the future? What amenities will remain essential to our habits and how much space will we really need? How will architects and designers work with changing constraints strategically? As a new branch of the British car company, Mini Living aims to explore these questions through a series of speculative installations mounted in various locales and events across the globe. Working with emerging talents from these various cities, the brand channels its own design-led philosophy in inspiring a ‘small footprint’ approach. Such an impressive endeavour does not detract from a sense of play and exploration.

After inaugurating the Urban Cabin concept at last month’s London Design Festival with a Sam Jacobs-designed pavilion, Mini Living debuted a New York iteration at A/D/O; a co-working platform and residency lab (featured in TLmag 27) that is also sponsored by the eponymous car company. The second micro-house concept was developed by local firm Bureau V in collaboration with the company’s own design team.

The 48 square-meters model home addresses the issue of forced displacement and migration – an especially pressing issue in the current U.S. political climate. The building concept reveals both practical and metaphorical qualities through a bold yet playful combination of colour and geometric contrast. In doing so, the installation pays homage to the Modernist heyday of space-age and utopian pod houses; ephemerality and resourcefulness often associated with transience.

Opening up with different ‘events,’ the concept pavilion provides space for an indoor garden hammock hang out. Within the main space – featuring a pulley-system library, tables and chairs – a wildly contrasting porcupine-like shell acts as a cozy nest. Playing on the specificity of New York, certain iridescent surfaces allude to the city’s’ abundance of Art Deco architecture. A soft, shiny, and metallic tent-like structure houses a kitchen space. Bureau V choreographed a careful dance between rationalised lines and elastic materials.

Acting as a speculative project that can inspire thoughtful reflection and action, the Urban Cabin also works as a breakout space for the hundreds of creative professionals who make A/D/O their office. Over the course of October, Mini Living will host a series of events and workshops that will reveal the different facets and potentials of this project. 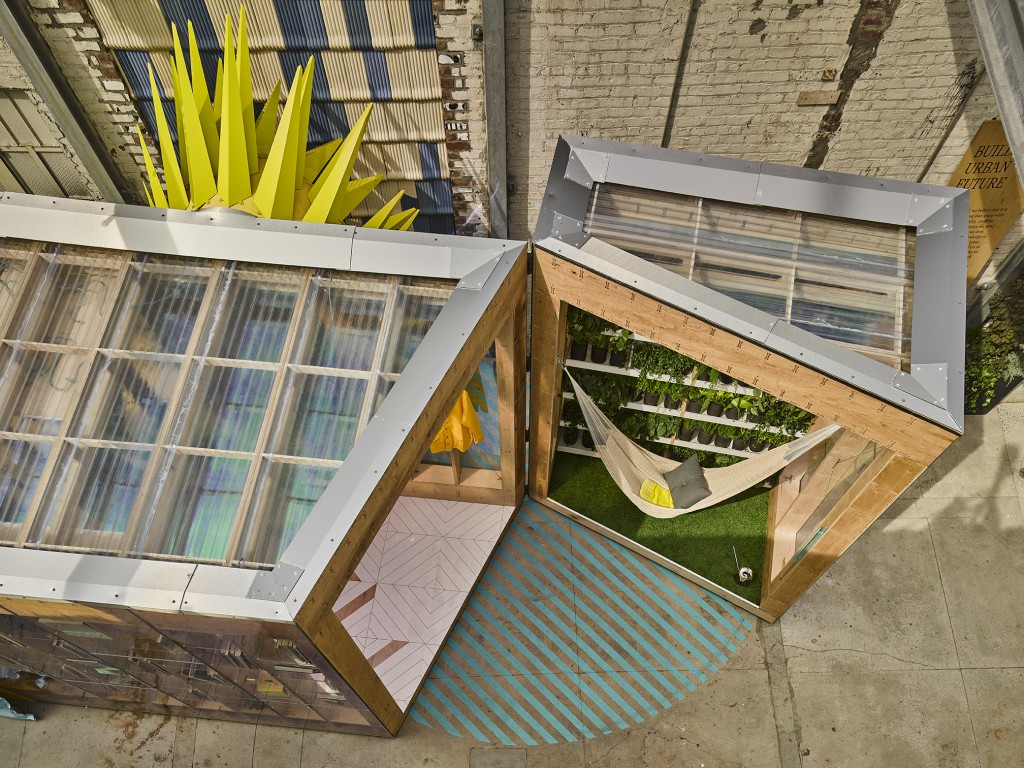 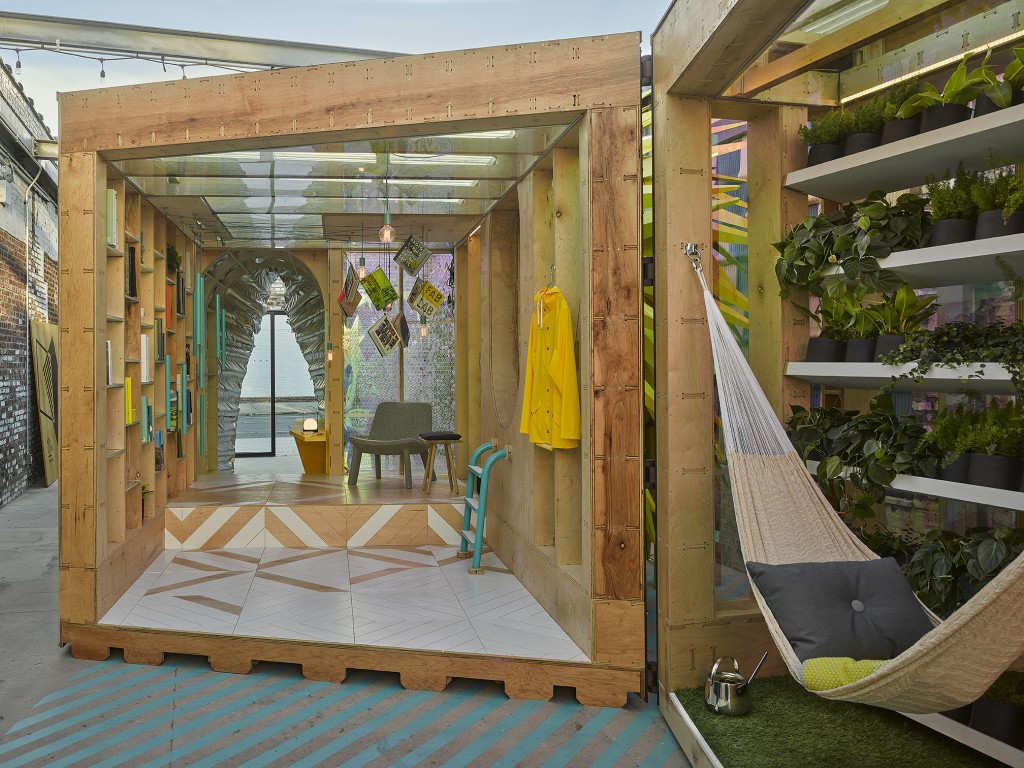 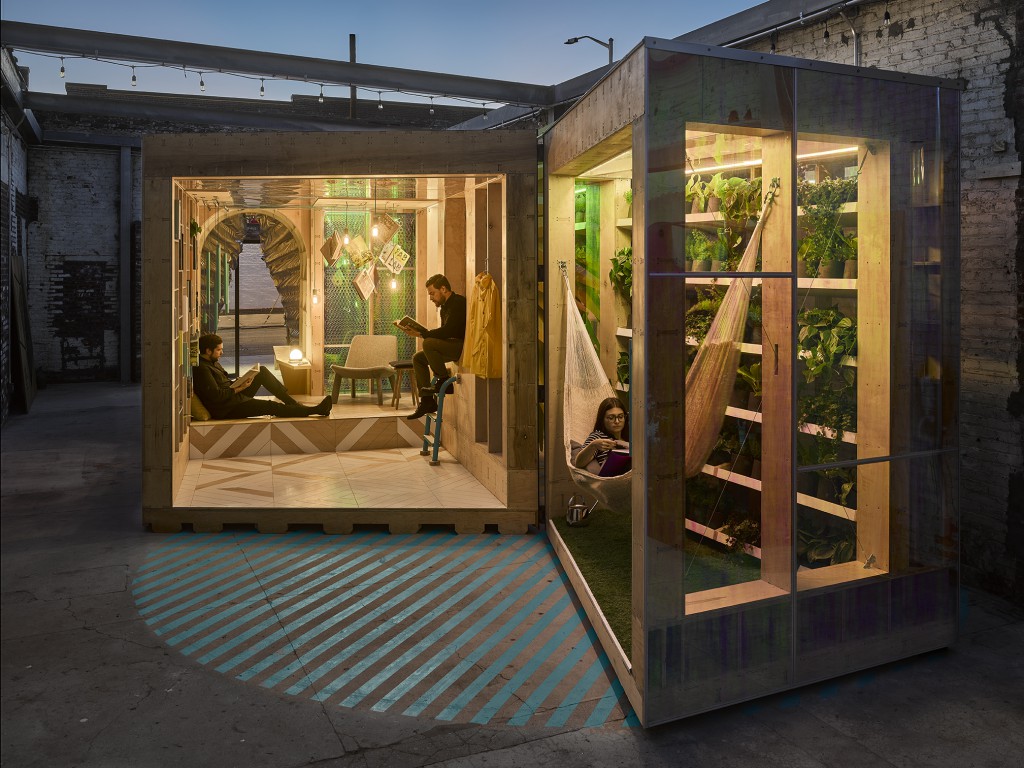 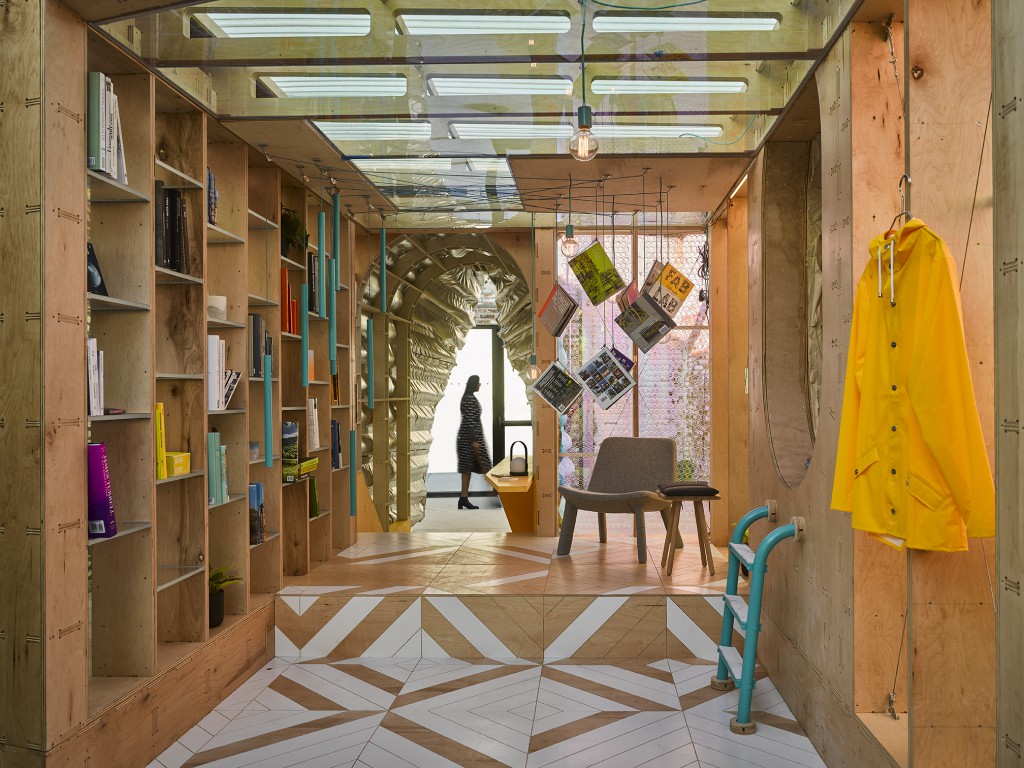 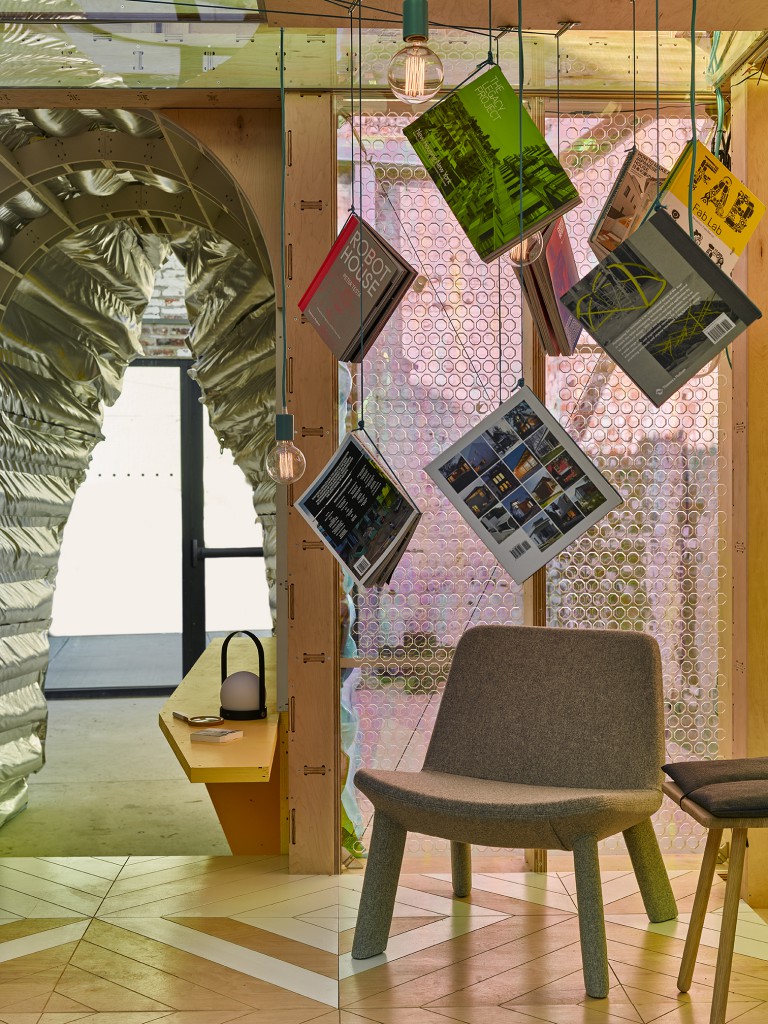 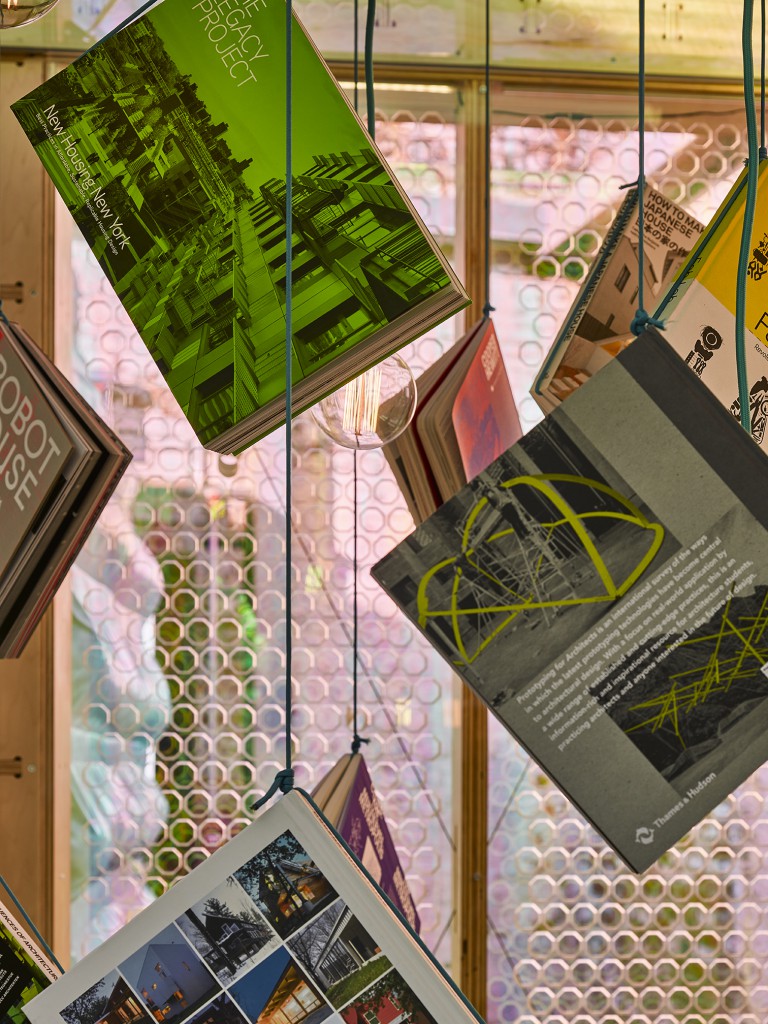