Nacho Carbonell Makes a Patio out of Beer

During this year’s Madrid Design Festival, the Spanish designer collaborated with local beer brand Alhambra to honour the Alhambra itself —that is, the one in Granada

It took 10,000 bottles of beer to bring Eindhoven-based Nacho Carbonell back home to Spain. Well, not quite: it was actually an intriguing invitation from local beer brand Alhambra.

For the first edition of the Madrid Design Festival, the brewer planned a new edition of their crear/sin/prisa —that is, create/with no/hurry— series, which asks Spanish designers to interpret Alhambra’s commitment to craftsmanship in their own way, at their own pace. After partnering up with Raquel Rodrigo, Martín Azúa and Álvaro Catalán de Ocón, they challenged Carbonell to work with glass, a material he had never used in his practice. Thanks to a shipment of 10,000 bottles, the patience of a Dutch glassworker and six months to test it, the designer developed a method that allowed him to turn the containers into a thick, malleable surface. 10,000 bottles of beer on the wall. Melt one down, pass it around…

This molten compound later became part of an awning of sorts for El Patio, a set of public benches that honour the architectural and historical value of its namesake: the Patio de los Leones in Granada’s Alhambra. The slim high backs in the structures are a reference to the 124 white marble columns that still hold up the most revered jewel of the Nasrid dynasty —one of the first showcases of a distinct Moorish and Christian mixture that broke rank from the then typical Muslim Andalusian style. Another thing inspired by the detailed production of the Alhambra? Of course, the pale lager itself: based in Granada since 1925, the specialty-beer brand is a subsidiary of the family-owned Mahou San Miguel group.

First presented at the Matadero Design Centre in Madrid, the sculptural pieces are moving to their permanent spots in Granada, to be set in public spaces. “This type of social interaction is rooted in our culture,” explained Carbonell. “What this installation does is provide a protective area, an umbrella for people to gather together, to communicate, to share. I want people to feel embraced by the installation, and then look up and get lost staring at all the details.” One can imagine that was the same brief sultan Mohammed V gave to his builders when conceiving the look and purpose of the painstakingly carved capitals and abacuses in those 124 columns. 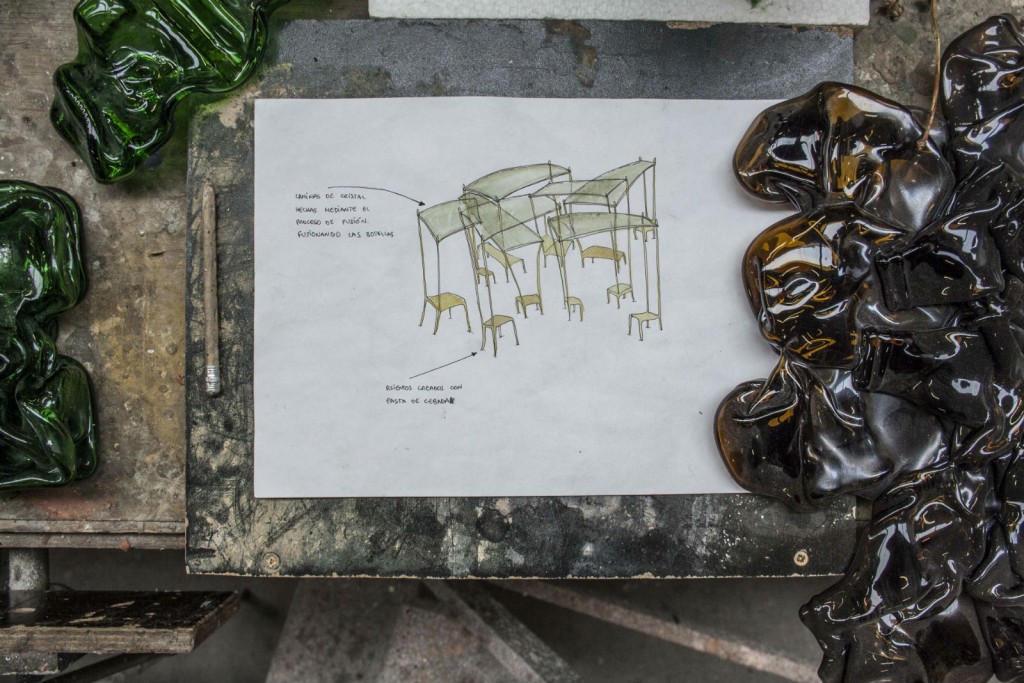 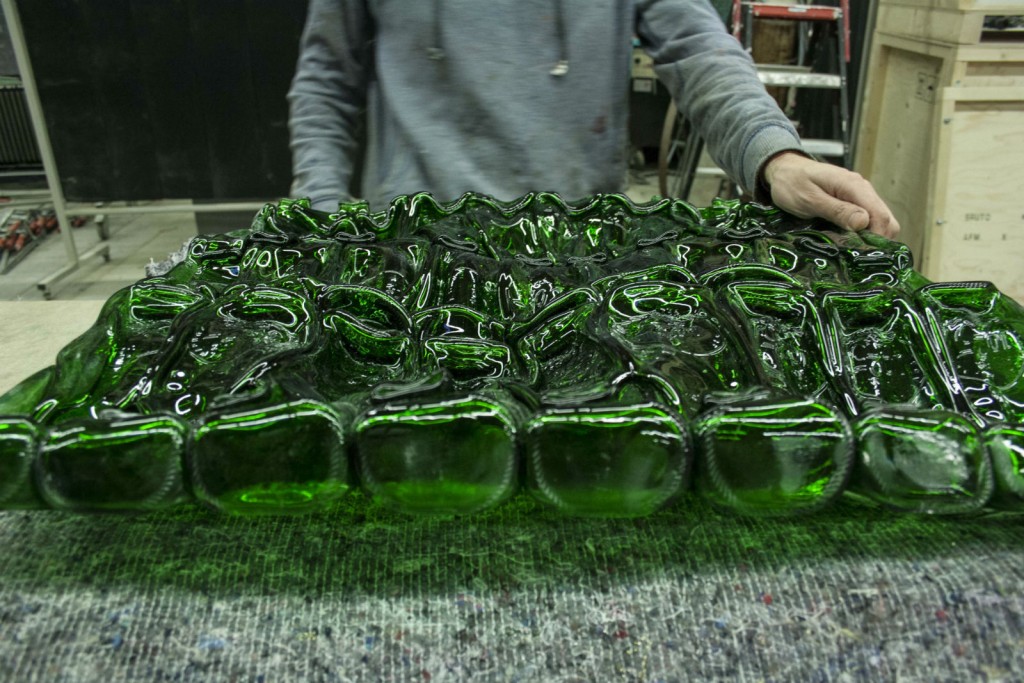 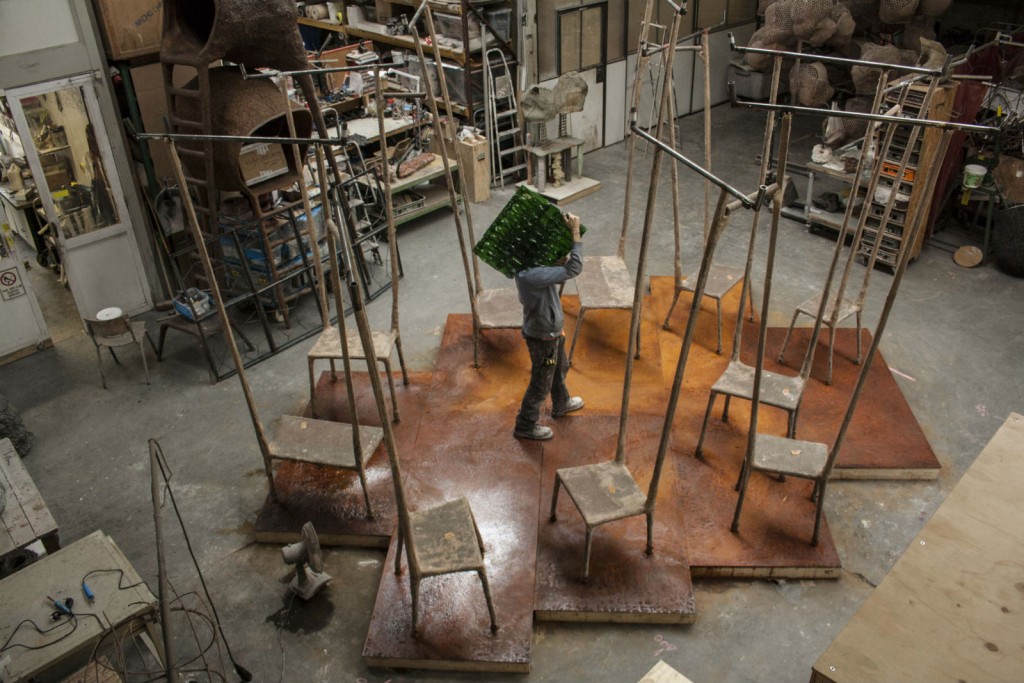 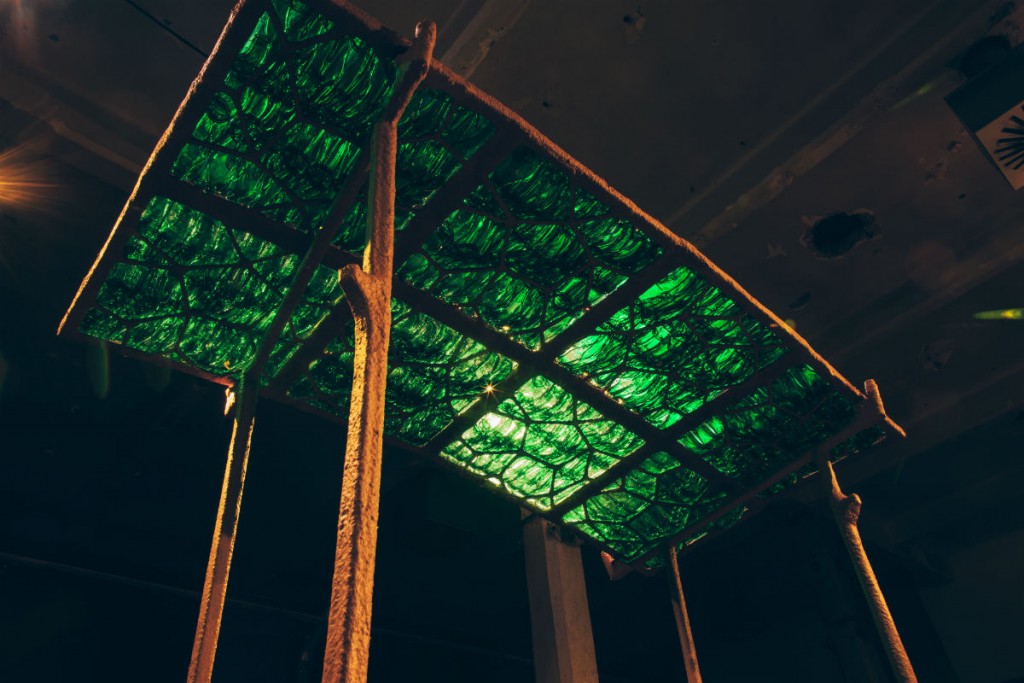 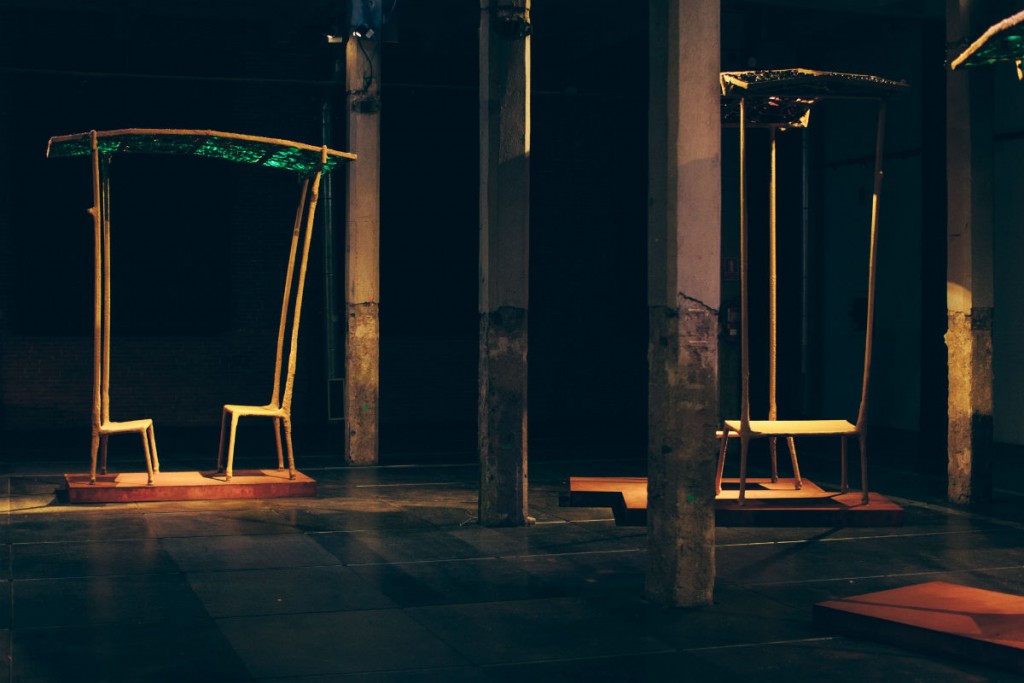 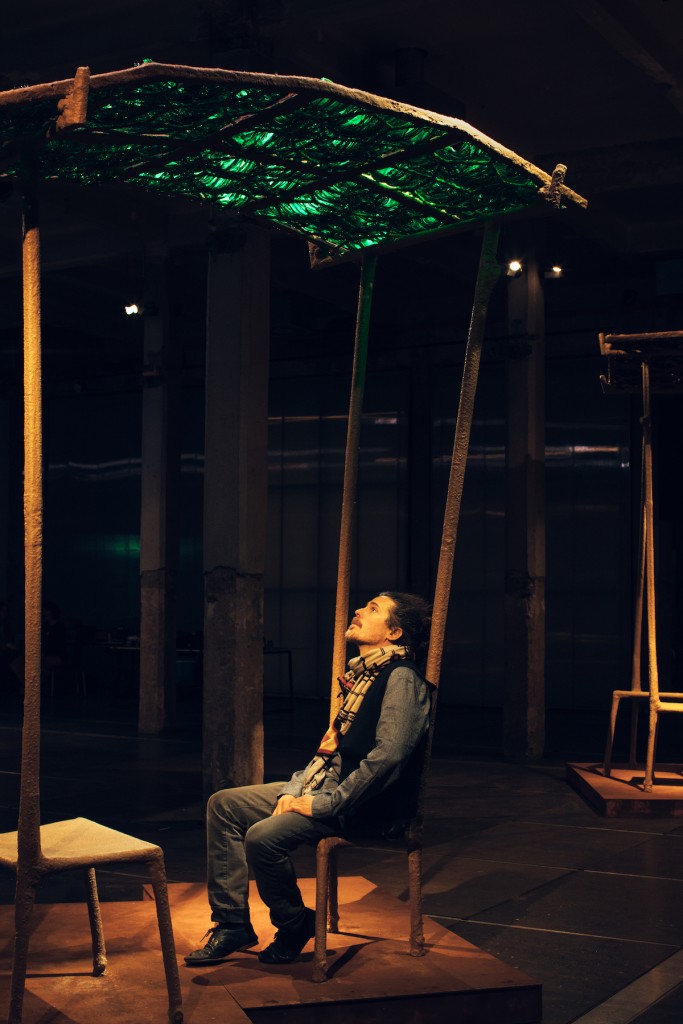 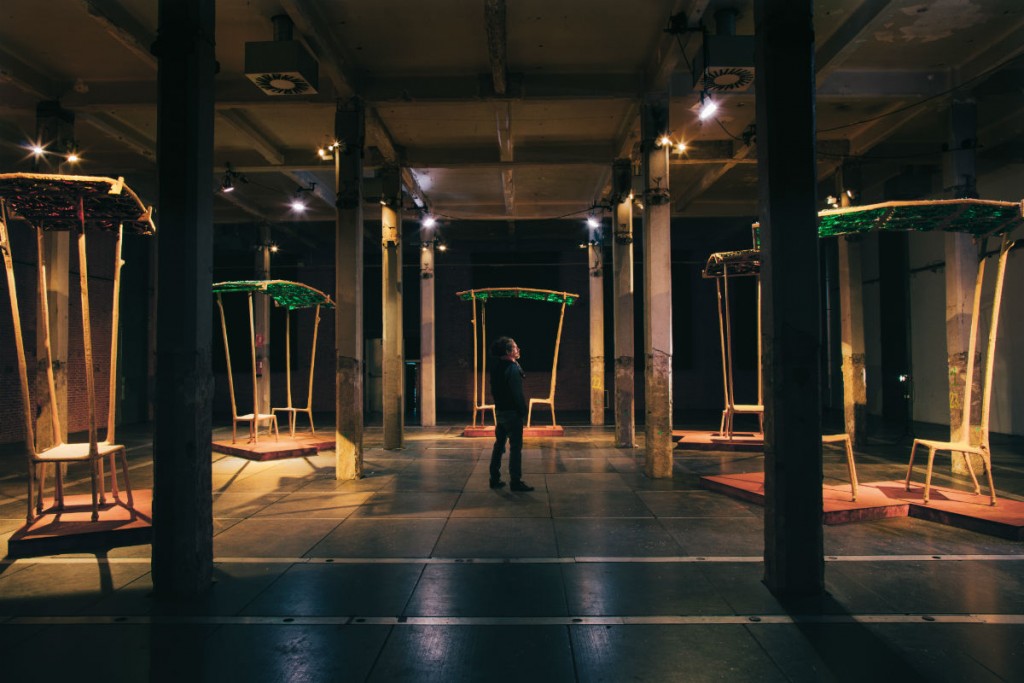