TLmag talks to Beirut based designer Najla El Zein about her work and her first solo exhibition in Friedman Benda, the first of three series.

Beirut based designer Najla El Zein explores the relationship between form, use, and space. Her work is often filled with organic and gestural elements, based on El Zein’s personal journey.  Shown in various museums -from the Victoria and Albert Museum to The Beirut Exhibition Center- we can now admire her work in Friedman Benda from February 28 to April 6. Transition is the first of three series: Distortion, Fragmented Pillar and Seduction. TLmag talks to her about her work and the series.

TLMag: Your work explores the relationship between form, use, and space. Could you elaborate on the role this relationship plays in your work?

Najla El Zein: I am particularly interested in the way an object occupies space. Interaction (or use) of that object can only be achieved by playing with its scale, mass, void, materiality and its relation to its surrounding. Function is not a driving factor in my thought process. Instead, it is used as a tool of expression. I use function in order to express a concept, a story. I use form similarly: it defines the silhouette of the object and has a direct impact on the surrounding environment’s space. Which in return impacts the viewer’s relation to the object.

You often speak on Beirut’s irony and paradox. Does the city influence your work?

I moved to Beirut in late 2011 after growing up in Paris and working in the Netherlands. Beirut is a city full of emotions, with people who live day to day. The city’s contradictions lie in the fact that it endured thirty years of war.  But it manages to reinvent itself over and over again. The city is chaotic and extremely noisy. Which is an aspect that I particularly like: traffic, car honks, loud radios, conversations, quarrels, laughs, cries are all part of my daily encounters with this city.

Living in such a city that is very much alive, does have an effect on my approach to life in general. Indirectly, yes, the city does influence my work, where it probably helps and makes the path easier to bring deep emotions up to the surface.

Could you speak on what your exhibition Transition in Friedman Benda discovers?

Transition is an exhibition that reflects on my experienced transitional period, as an artist, a woman, a mother, a lover. A sort of a self-searching period is expressed through three different series of objects, and each stages a moment of that transition. The exhibition was a way for me to dissect and analyze every emotion, thought, feeling. It is the first time that my work is so deeply related to my personal experience. But this was necessary, even liberating in this context.

And what do the other three series Distortion, Fragmented Pillar and Seduction explore?

Distortion talks about the transformation of the body. In this case, it not only reflects on the body of a woman who experiences maternity, but on distortions of realities. Together these pieces question and reference these contradictory feelings. Fragmented Pillar illustrates the disturbance of one’s own foundation. Metaphorically, the pillar is the basic structure of any given entity. If disturbed, and if one loses knowledge of the self, this leads to instability, fragility, and confusion. And Seduction reflects on the connection to the other, through various stages of proximity, from feelings of introversion to desire. 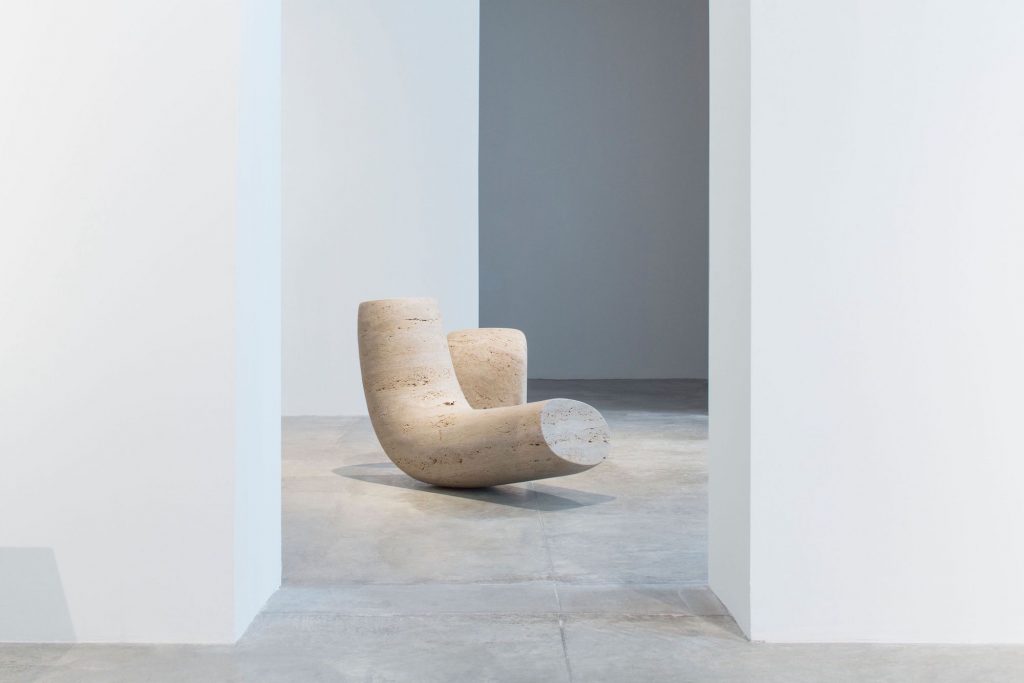 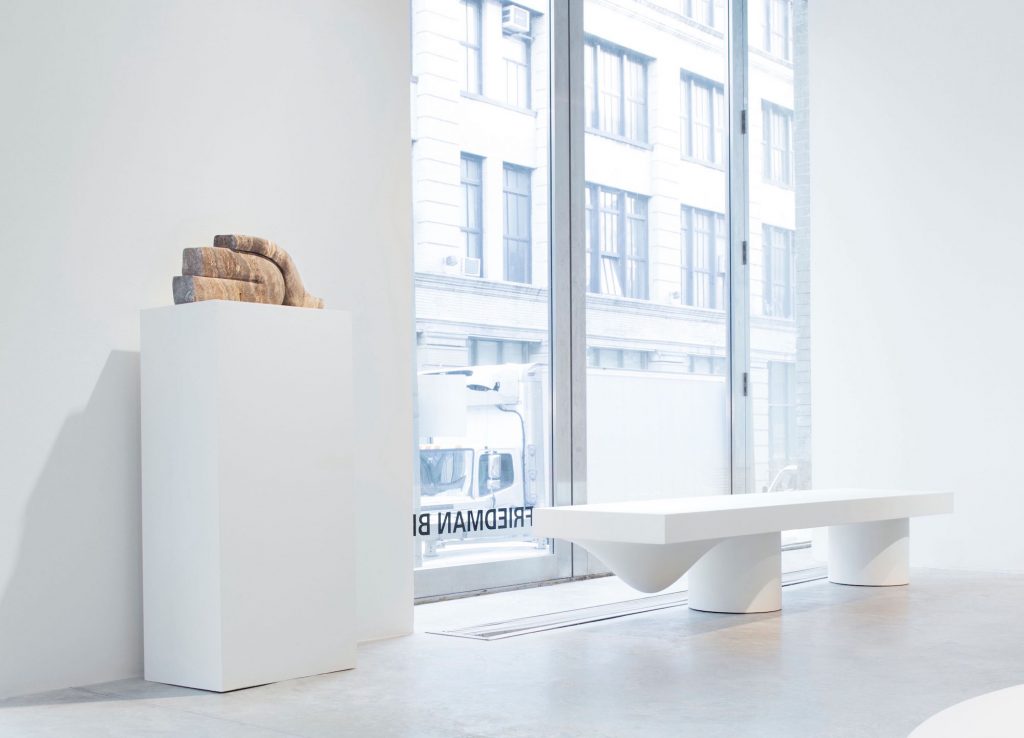 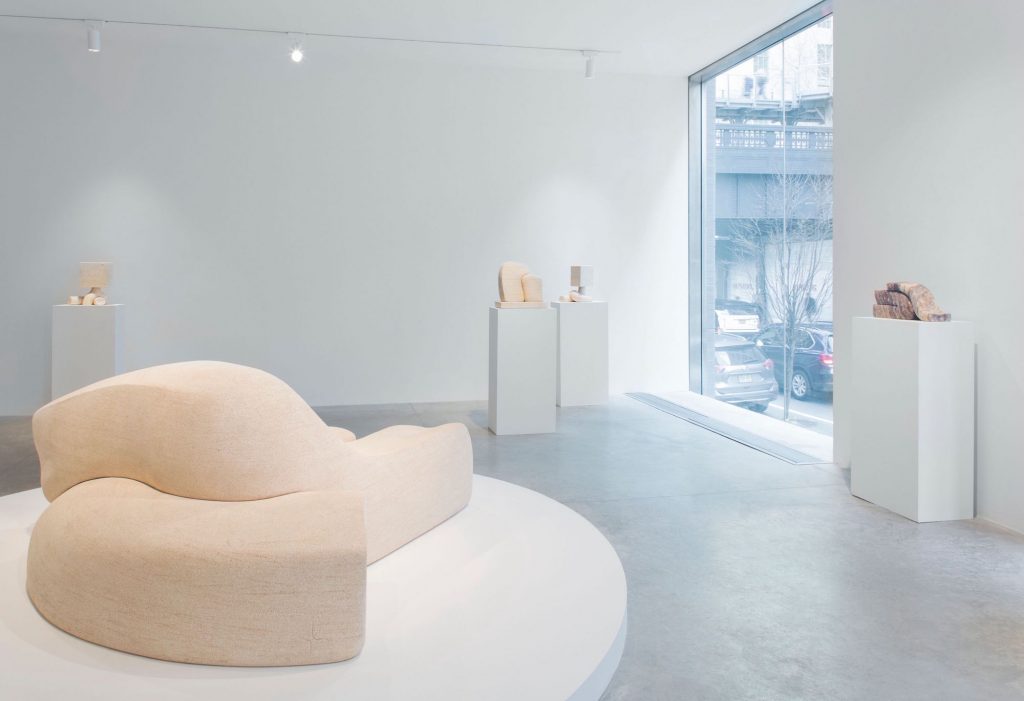 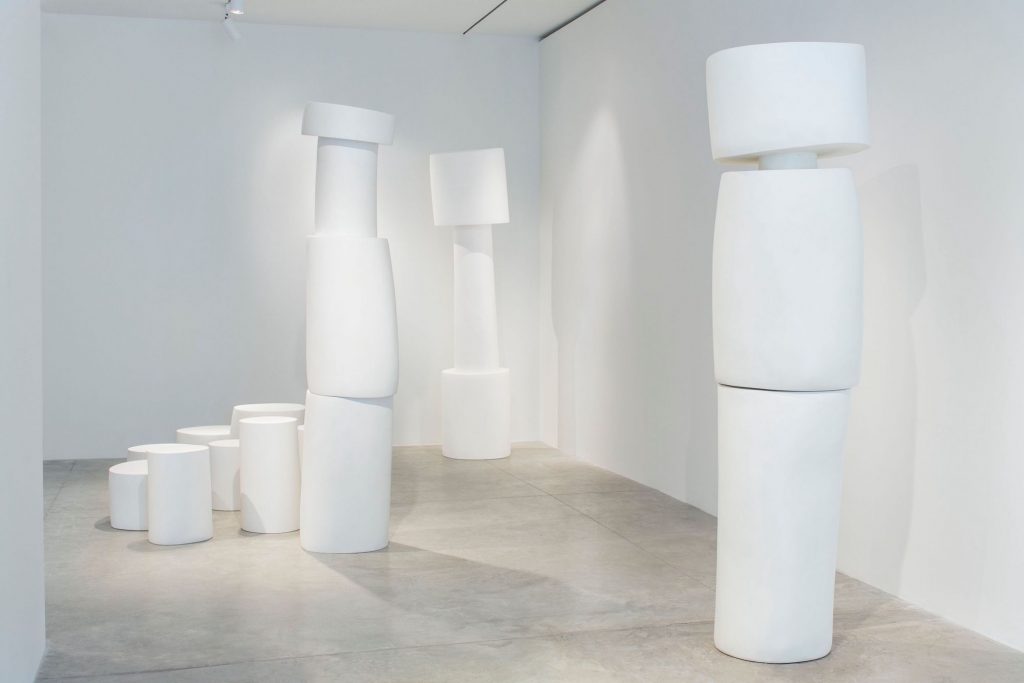