Dating from the 13th century and founded by Blanche de Castille, the abbey of Maubuisson or Notre-Dame-la-Royale, in Saint-Ouen-l’Aumône, in the Val-d’Oise, was the first royal Cistercian abbey to house women in Europe. Next autumn, it will be the setting for an exhibition of Rachel Labastie’s Les Éloignées, on the subject of the disenfranchised women of Guyana, a theme which follows up on the artist’s previous explorations of Mona in Australia. The places where women were imprisoned, the punishments inflicted on them for becoming pregnant or going out on the streets in search of food to survive, would be considered unacceptable today. And yet there was a Female Factory near Mona in Australia, as well as a colony of indentured female convicts in Guyana, tragic yet too often suppressed historical facts. Rachel Labastie talks about these women who were sent there for minor acts and were interned in the middle of the 19th century with nuns in the order of Saint-Joseph of Cluny. Abolished in 1905 at the same time as slavery, this forced labour has been forgotten in our history lessons, but the artist looks back on it more than a century later to underline its symbolism at a time in which many women are still victims of exile or forced migration. It is a question of solidarity, of the human condition, of the undesirable disenfranchisement of these women who together lived this tragedy, convicts, rejected women under the yoke of the nuns, who were often “women of good family, rich, disowned in order to keep a family inheritance intact by passing it on to the eldest, or because they had had children out of wedlock and they needed to be gotten rid of, ”explains Rachel Labastie.

An ardent yet not feminist woman, the artist is interested in the determined effect of these “prisoners” of fate whose freedoms were shackled by the lives they involuntarily led and who were ostracised from society. And yet, it is from this position of vulnerability and fragility that the artist finds strength and the artistic act. The 1m80 tall La Femme-Proue, which she is having made in porcelain and wood, in collaboration with the Limoges CRAFT and les Compagnons du Tour de France, will be a central piece in the exhibition. It is like the bow of a ship, ready to cross the seas to reach a land that the artist calls that of the “éloignées, the estranged women”, far from any promised or desirable land. The living clay of her Caisses tableaux with their relationship to gesture with the living clay that will never dry echoes the inner parts of these wounded women and their transhumance in a distant land. The 11-metre-long porcelain shackles, which will be placed on the ground, and the individual and collective shackles of 80 cm to 3 meters placed in front of “La Femme-Proue” in the nuns’ room at the Abbey, will be symbols of the march to the penal colony. In the parlour, the only room where the sisters had the right to speak, the large altarpiece in living clay will be displayed near a tapestry, Les Éloignées and, on the walls between the two rooms, will be hung bijou portraits, like oval cameos representing the women in porcelain carvings. “Clay is a state of in-between, between the raw material and the living; the gestures that I sketch in the clay take to forms of, among other things, vulvae and scars. Les Entraves is modelled in porcelain whose colour and texture I like, and which retains the memory of shapes more intensely than stoneware. I bring together the immaculate white porcelain of the Shackle with the red, living, raw clay of my Caisses tableaux. I imprint an inner life in clay, while porcelain is cooler; it rejects light and creates distance from the subject.”

Here, the condition of these disenfranchised women is at the heart of the experimental and deeply rooted work of Rachel Labastie. “I want to pay a solemn tribute to these women who deserve to be rehabilitated with dignity. In their memory, I use distinguished savoir-faire, such as porcelain, which reflects the refinement, delicacy, and beauty of the craftsmanship of the great French workshops.” In parallel with her exhibition at the Abbey of Maubuisson, Rachel Labastie is preparing her solo show at the Royal Museums of Fine Arts in Brussels, around Charlotte Corday, the royalist woman who killed Marat, yet who was also an emblematic figure of the French Revolution, in the museum that houses the original canvas painted by David (1793), Marat assassiné. 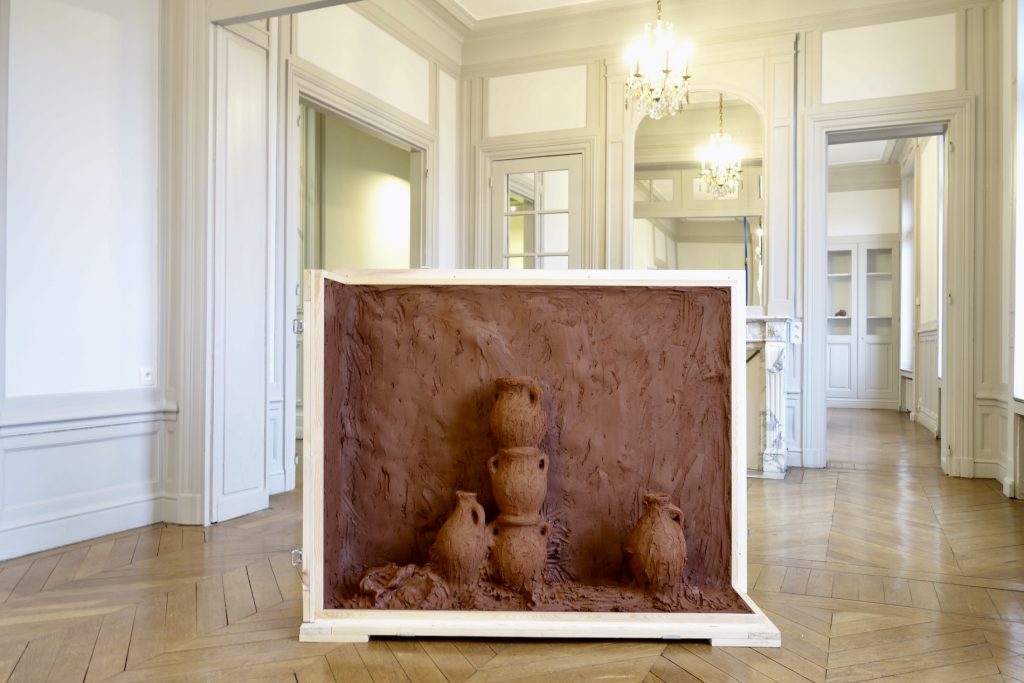 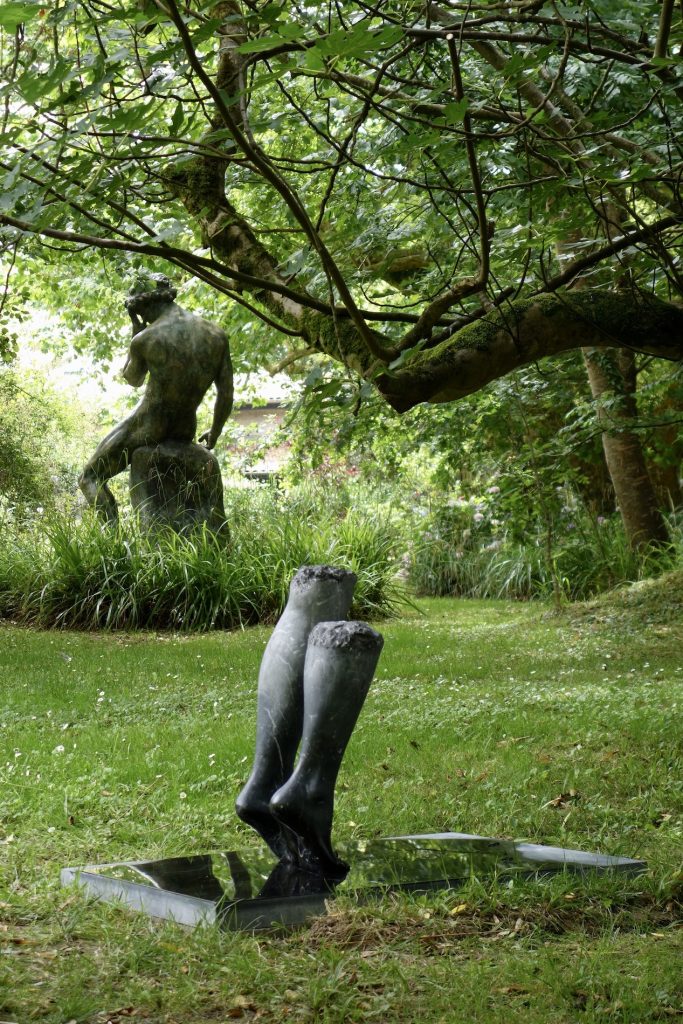 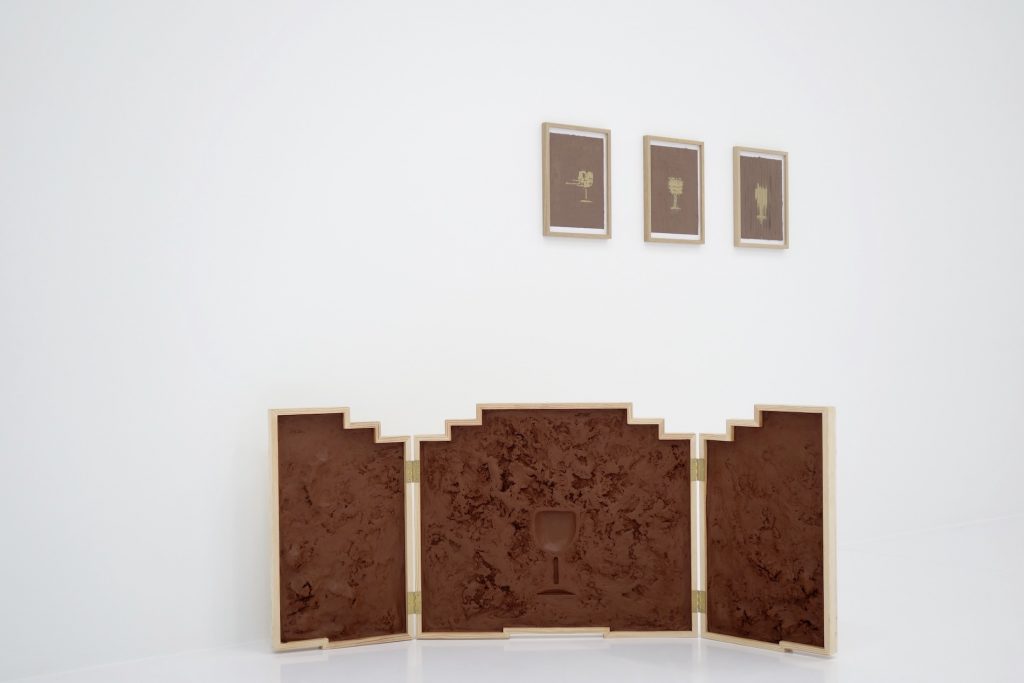 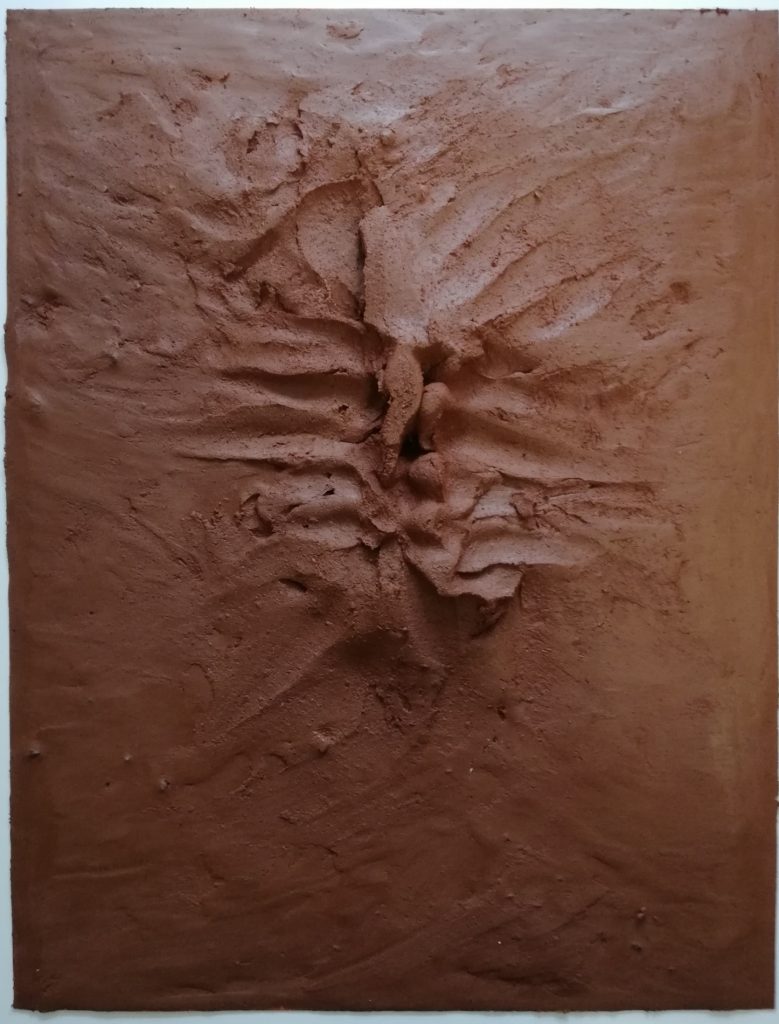 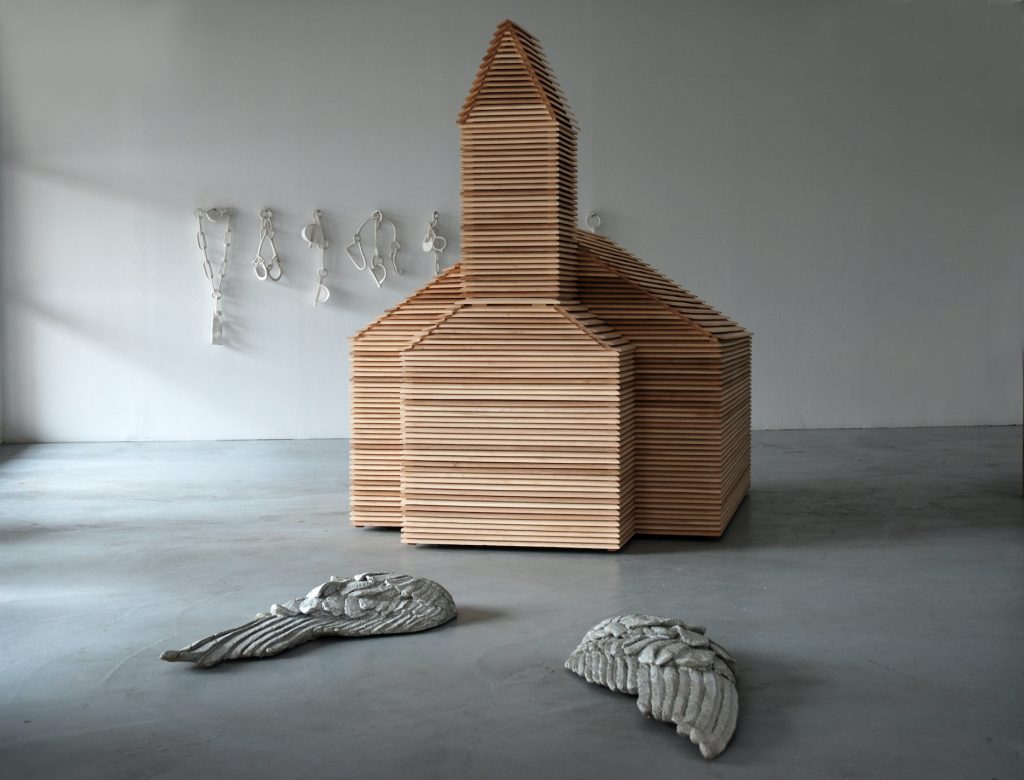