Rescued from Oblivion: The Works of Luigi Pericle

TLmag talks to the founder of the Luigi Pericle Archive, Greta Biasca-Caroni, about bringing Swiss painter Luigi Pericle’s work and message back into the public eye after nearly 50 years of seclusion.

“There is no time for spirituality in art. It escapes human transience; it is never old and never new. It is because it is essential; or rather, it is the essential way to express Truth. The essential is not what comes from the artist but through the artist.” – Luigi Pericle (1916-2001)

The year is 1965 and Luigi Pericle, a painter and illustrator from Basel, is at the height of his commercial success. Well underway to becoming one of the great post-war painters of the century, his work was focused on searching for ‘absolute beauty’ through the pure and metaphysical abstract forms and, at the time, he was in the middle of a ‘radical change’: a time that he describes as having boundless creative energy and enthusiasm, and in which he held his most important exhibits. Not only is meeting with internationally known art gallerists, collectors and actresses (like Brigitte Helm), but his work is being exhibited alongside the likes of Karel Appel, Antoni Tàpies, Jean Dubuffet, and Pablo Picasso.

This is also the year that, for the art world and the general public, Pericle abruptly disappears from their radars. Pericle concluded that the art world had become too corrupted and that it wasn’t ethical to take part in it anymore. Driven by that and a firm belief that reclusion and abstraction from material goods would allow him to fully embrace his art and enhance his focus on more mystical studies, the painter abandoned his (official) career as a painter, sells his most expensive positions (like his Ferrari) and isolates himself inside his home in Ascona;  a village that lies on the slopes of the Swiss mountain Monte Verità (literally translated to the “Mountain of Truth”). After this, Pericle would not be seen in any social events and his work refrains from being exhibited.

After Pericle’s death in 2001, his house in Ascona (Casa San Tomaso) gathered dust and remained unoccupied for 15 years — that is, until his neighbours (and directors of Hotel Ascona) Andrea and Greta Biasca-Caroni bought the property. As they walked into the house, the couple unearthed a treasure trove of artworks by its former resident — and this is where the story of the Luigi Pericle Archives begin. TLmag sat down with co-founder Greta Biasca-Caroni to talk about the founding of her and her husband’s non-for-profit organisation and their dedication to study, restore, conserve, catalogue and bring Pericle’s work back into public memory.

TLmag: After Pericle passed away, his house remained empty for over 15 years. What led you to buy the property?

Greta Biasca-Coroni (GBC): Over the 15 years that the house remained unoccupied we often wandered around the property. We were young newlyweds and often used to sit on the steps of the house and daydream of the possibilities the house kept for us. We envisioned ourselves cleaning the jungle-like unkept garden and imagined what it looked like on the inside, trying to sneak a peek through the closed windows. In 2016, when we finally got to go inside for the first time, we realised that we could have never imagined what we found. The house was filled with objects, writings and documents of Luigi Pericle; a man that we thought to be a scholar, mystic, researcher and astrologer. It told the story of his life and that of his wife, Orsolina, who had died four years before him. Thankfully, the works of art in it had miraculously remained intact even though the building was in horrible condition.

TLmag: What was it like to discover his works for the first time?

GBC: The house was filled with stuff, there were paintings on canvas, masonite and china ink drawings, hundreds of unpublished documents like essays, texts, letters, sketches, astral paintings, horoscopes and instructions and ufology essays — even notebooks that were filled with quotes and Japanese ideograms, arcane symbols and homoeopathic recipes. Everywhere we looked, pieces were stacked on the floor and hanging on the walls of the salon, throughout the corridors and all bedrooms. I remember Andrea held up a painting and asked me if I liked them — I immediately replied with an enthusiastic “YES!”. The more we discovered, the more our love for Pericle’s works and practice grew. The real revelation of what was about to happen occurred when Andrea found a catalogue hidden away in Pericle’s library. The volume,  entitled ‘Nafea’, was still in its original packaging and was written by Hans-Joachim Müller in 1991. Inside, among the images of paintings by great masters such as Vincent van Gogh, Claude Monet and Pablo Picasso there were works by Luigi Pericle. After the initial astonishment, we immediately understood that Pericle had a remarkable story to tell and that our task was to discover it. It was a massive surprise for us to know that he was such a painter that was so loved by the post-war art élite and that he had such a prolific career before living here.

TLMag: What were the first steps that the two of you took to founding the Luigi Pericle Archive?

GBC: Despite our enthusiasm and complete dedication to bringing Pericle’s life and work into the world, taking care of the legacy of such a prominent figure implies specific knowledge in a field that we didn’t know that well. After finding the ‘Nafea’ catalogue we had some kind of reference as to how influential Pericle was during his time, so we decided to go out and ask the opinions of several experts in the artistic sector.

It was then that we truly started to gain some attention: most critics and art historians with whom we spoke confirmed the high artistic value of Pericle’s works — calling our findings a “discovery of the history of art of the second European post-war period”. We founded the Luigi Pericle Archive because we understood that we had to share the work with the rest of the world. As soon as we started, we made sure to bring in a team of experts, which included art historians and critics, as well as archivists and restorers to help us reach our aim of bringing Pericle’s works to the public through exhibitions around the globe.

TLmag: Pericle belongs to a large group of artists who preferred to let their work speak only after their death. In a way, the Luigi Pericle Archive is reconstructing his legacy and reflecting on his works to the public for the first time. That’s quite a large task — how did you go about addressing this?

GBC: The archivists have helped us catalogue all of the works in our collection, and have already made them available digitally. We have also carried out diagnostic investigations on Pericle’s works to find out exactly what kind of methods and materials he employed.  For our exhibitions, we make sure to work together with a team of scholars and curators to print the first texts on Pericle’s works and methodology —  including his reflections on spirituality and theosophy.

Rediscovering such a unique heritage and history in such a fortuitous way has made us aware of what a privilege this responsibility is. It’s one that we couldn’t ignore, and a task that we feel we must face with energy and passion.

TLmag: What does the future hold for Luigi Pericle?

GBC: We’re delighted that several prestigious institutions have given us their patronage and support for our first retrospective exhibition titled ‘Luigi Pericle (1916-2001) – Beyond the Visible’ — which will be held in July during the 58th edition of the Venice Art Biennale at the Area Carlo Scarpa of the Fondazione Querini Stampalia. We are also looking forward to exhibiting internationally, as we already have a retrospective set at MASI in Lugano for 2021, and have started negotiations with several British and northern European institutions. The most important thing for us is that we continue to share his message of spirituality and universal brotherhood, the belief that art can be a tool to increase social awareness and the importance of pacifism, veganism and ecology for a better society. 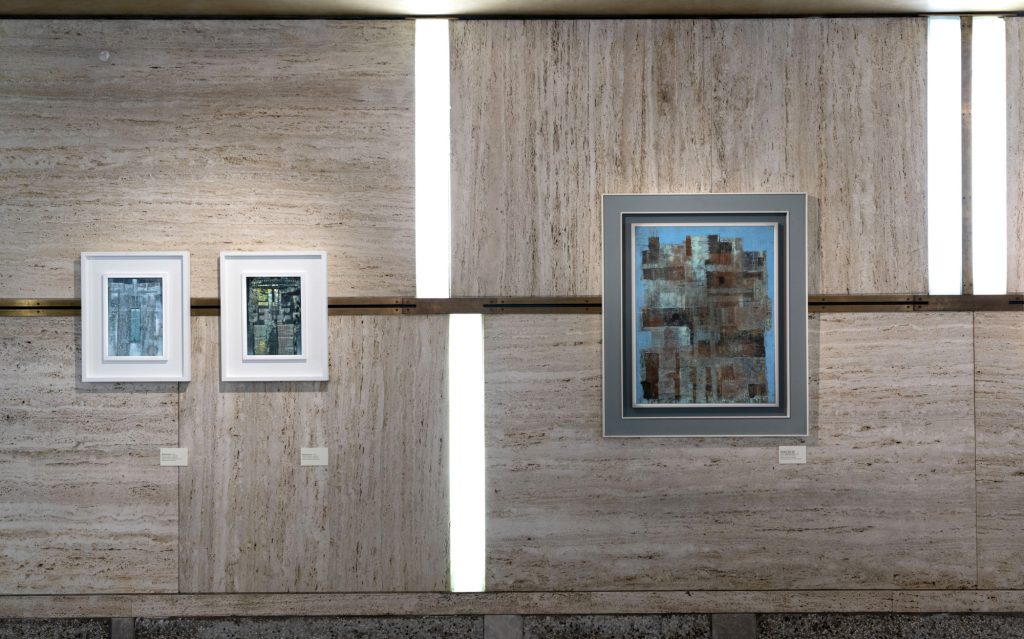 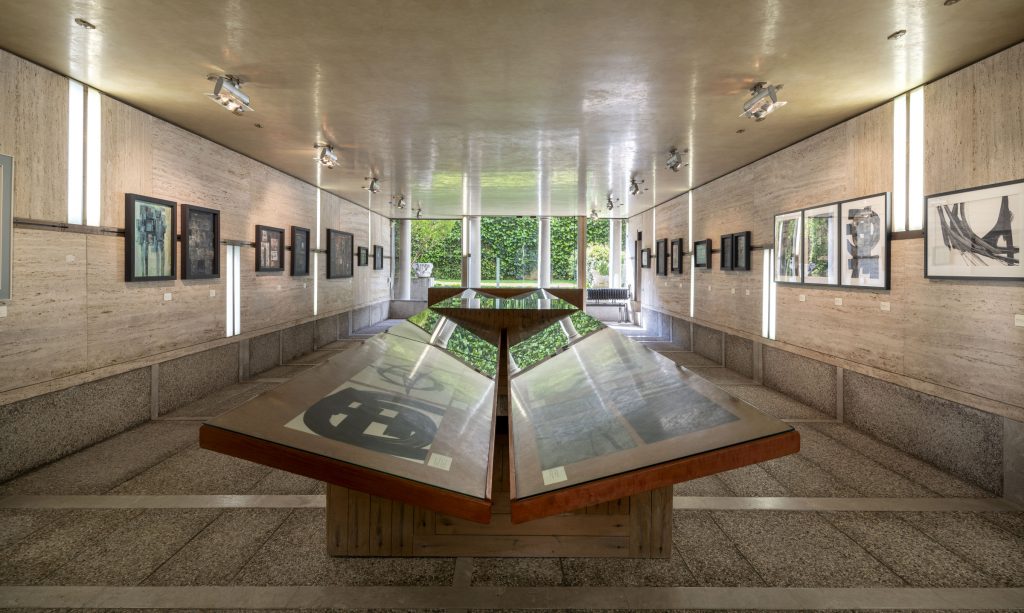 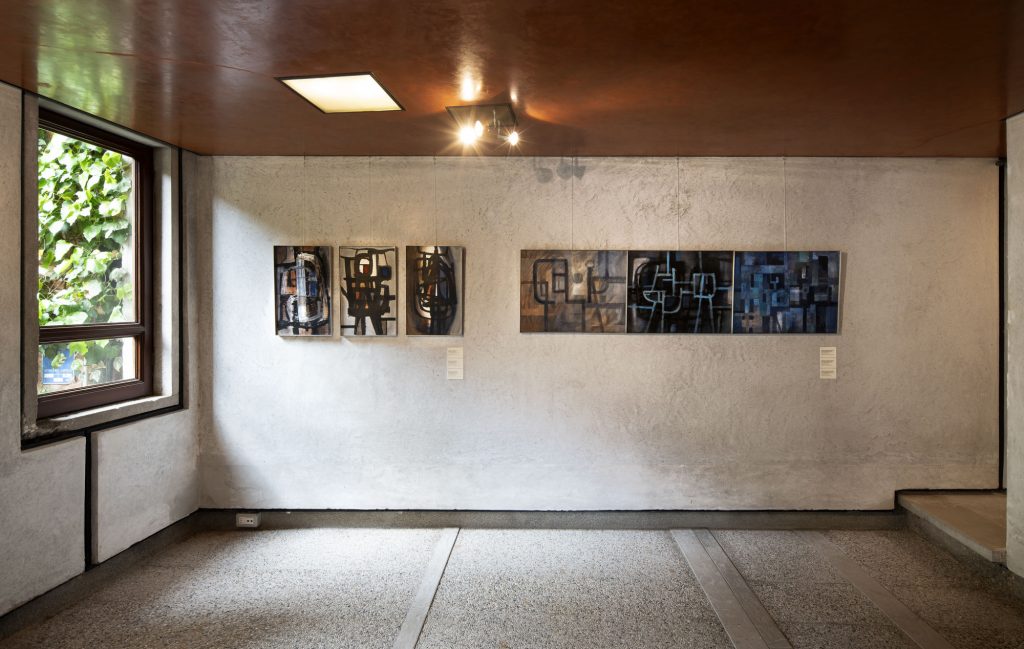 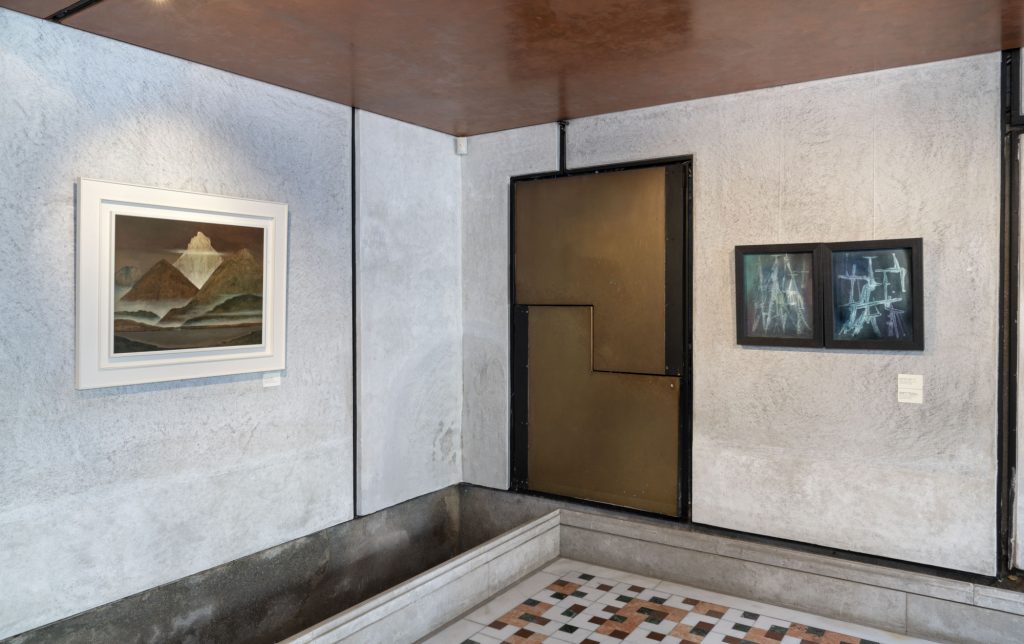 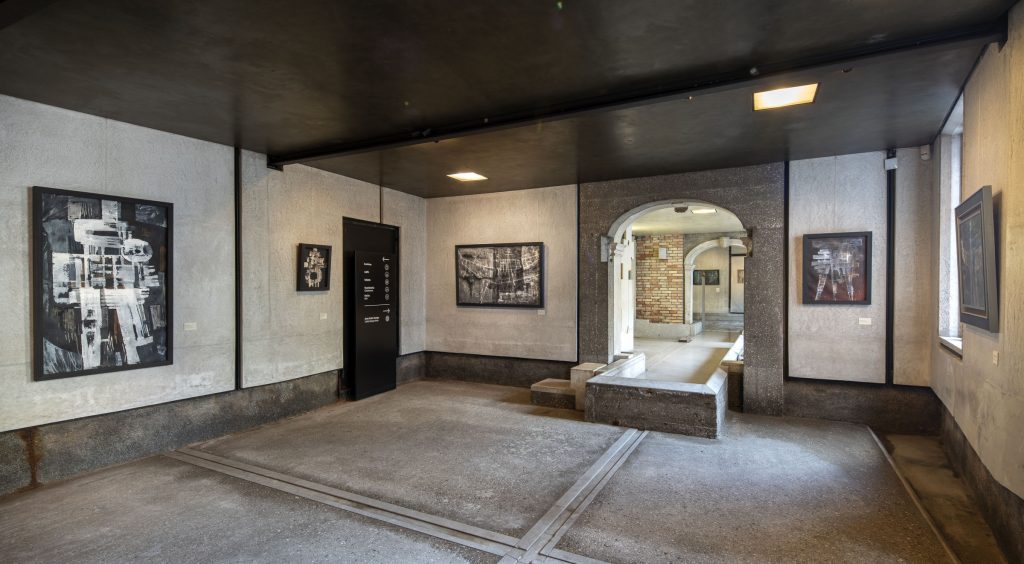 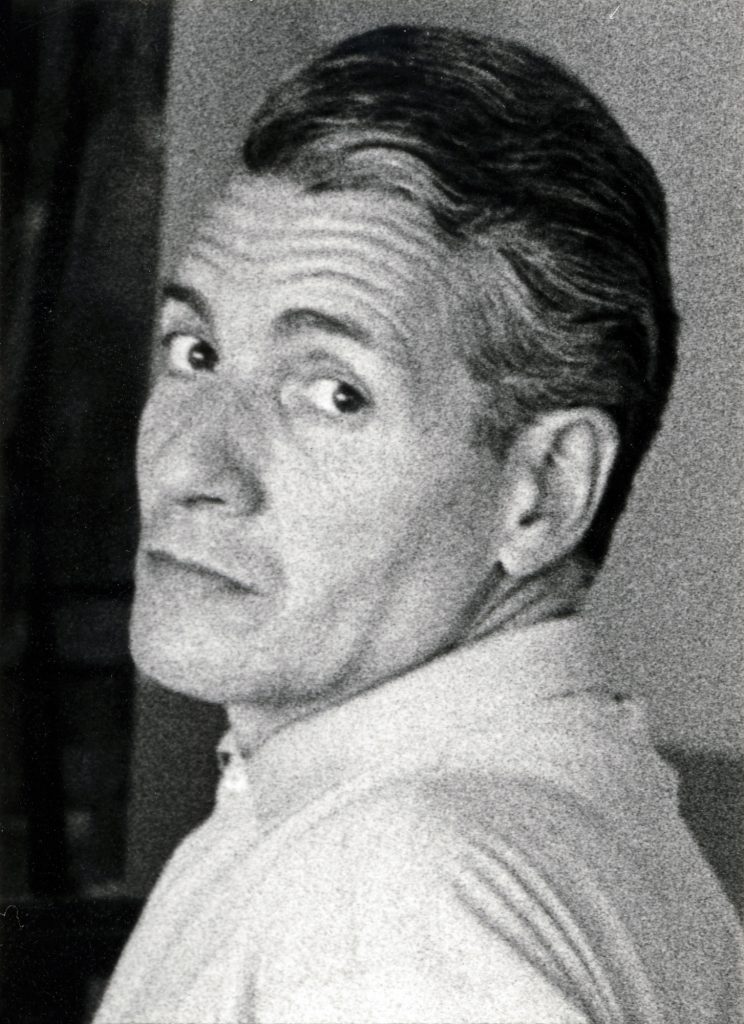 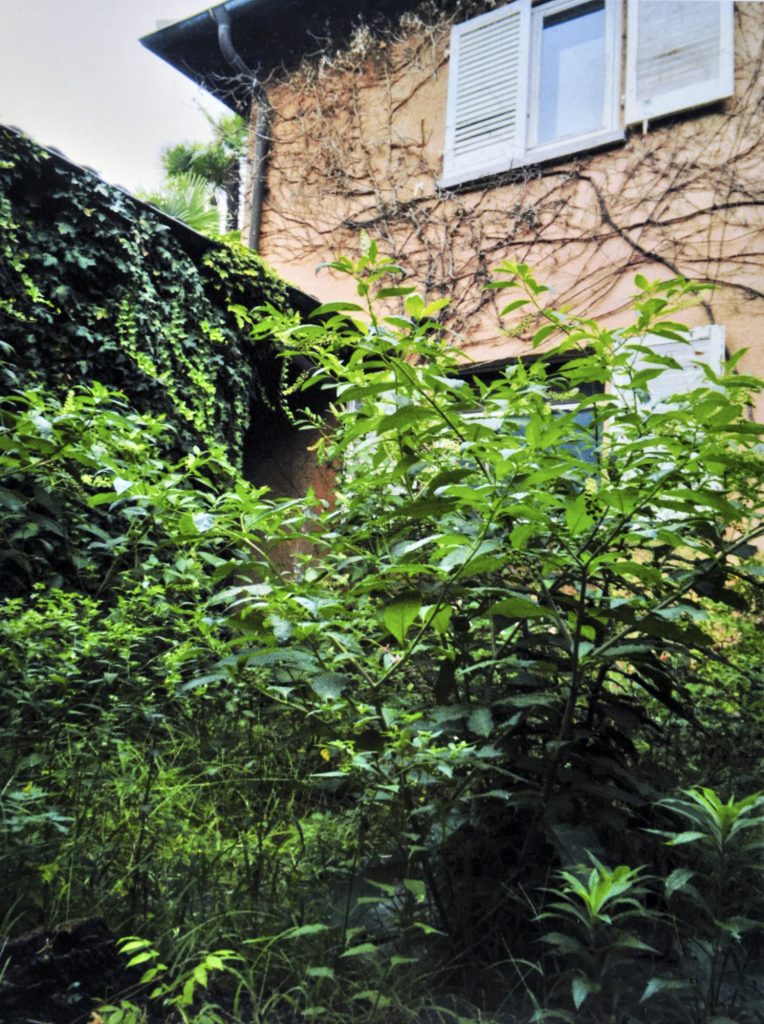 The Pericle house at the time of the discovery Luigi Pericle and his wife Orsolina in their Ferrari 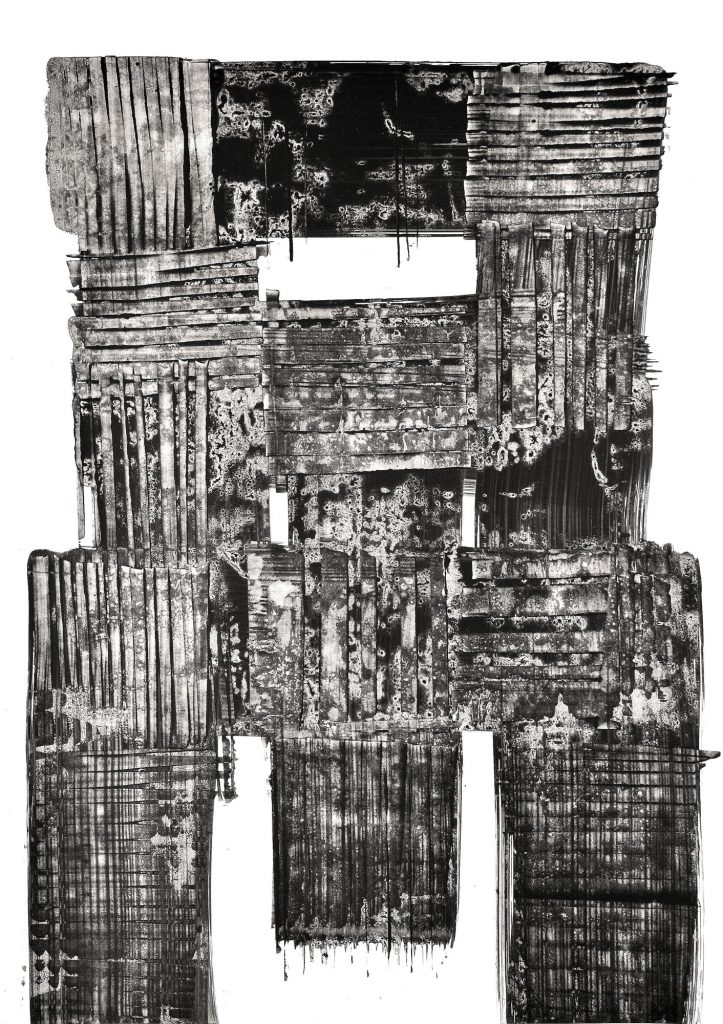 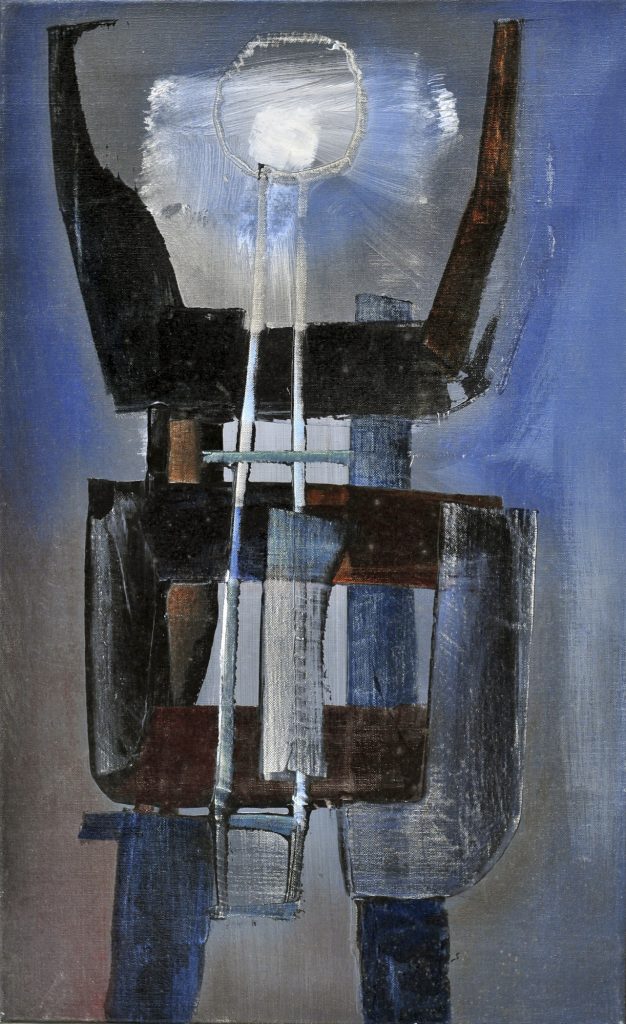 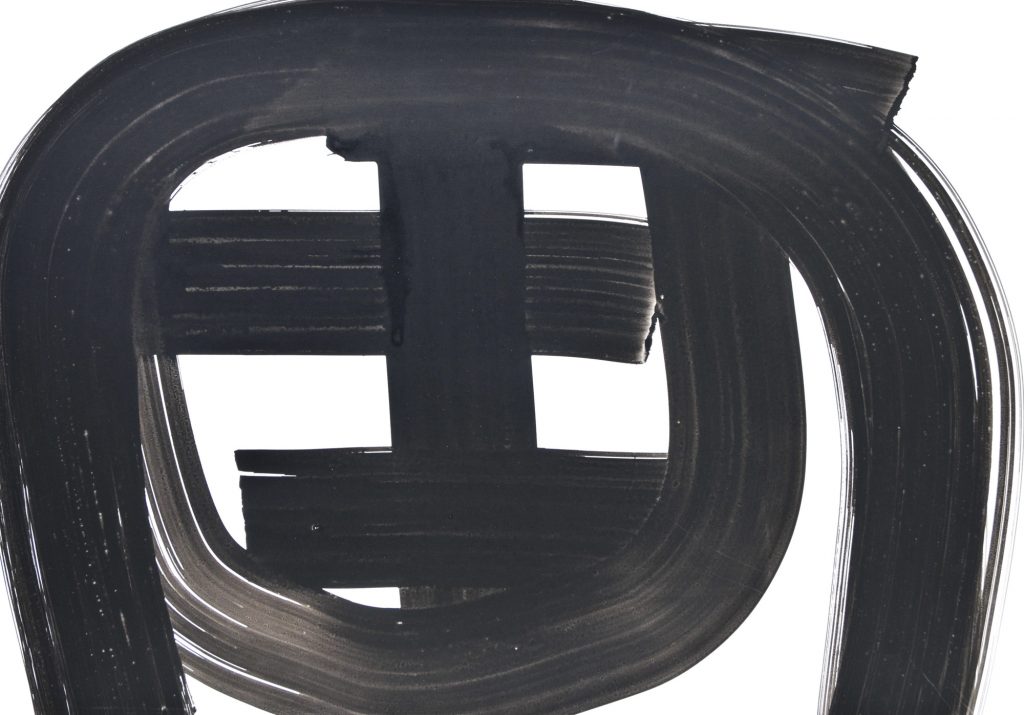 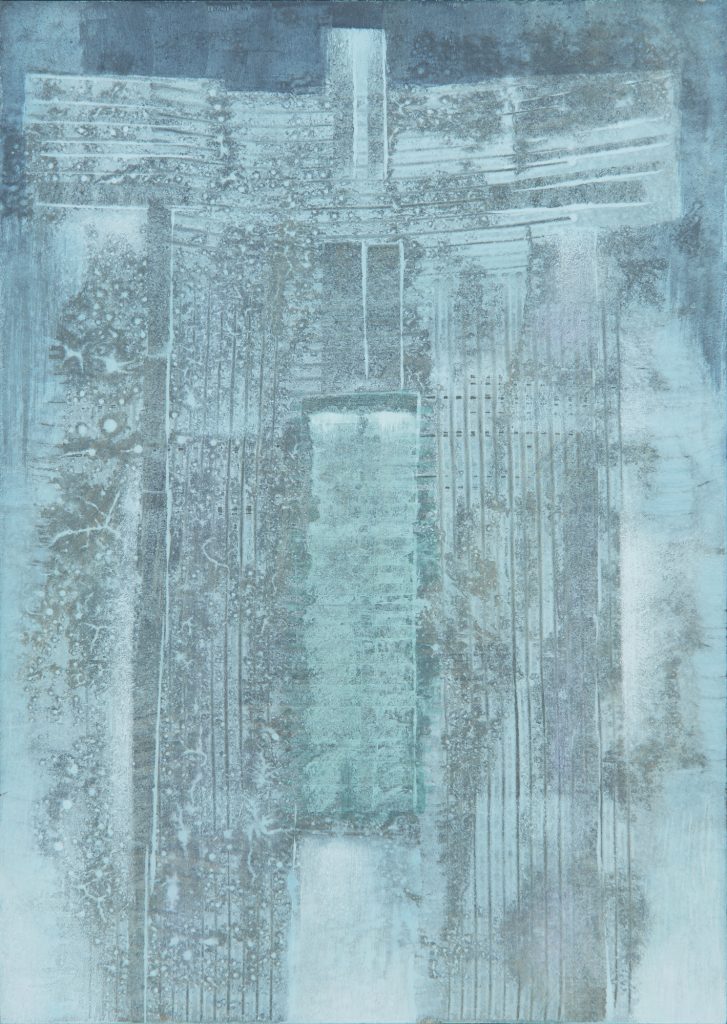 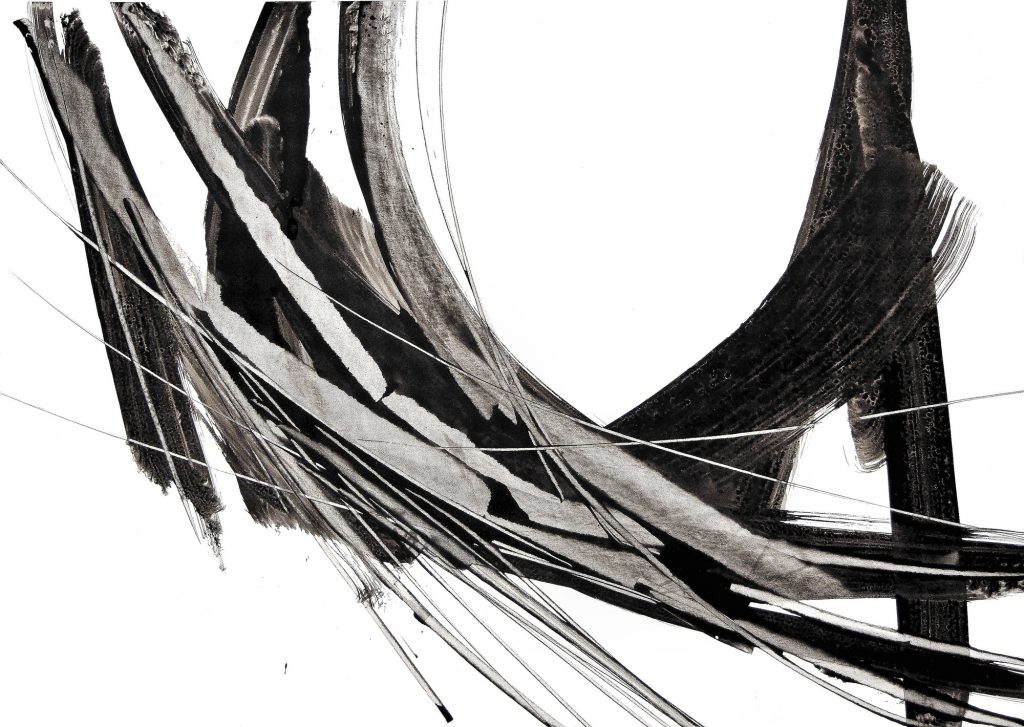