For PAD London, the French porcelain house is back to producing contemporary furniture, with work from Nendo, Doshi Levien and Noé Duchaufour-Lawrance

The last time Sèvres produced furniture made out of their signature porcelain was the 1960s, when François-Xavier Lalanne designed the whimsical Bar aux autruches, with two large ostriches holding up a table top with their beaks.

Now, the centuries-old French house has unearthed that tradition again for their participation at this year’s PAD London, with works designed by Nendo, Doshi Levien and Noé Duchaufour-Lawrance.

The creations are presented within three settings, a concept by scenographer Maï-Ama Diouf: Chandigarh, Constellation and Sakura, with yellow, red and blue tones based on Le Corbusier’s favourite palette.

In Chandigarh, a nod to Jeanneret’s signature city in India, British duo Doshi Levien created a table, a cabinet, a chair and a mirror using an architectural approach in their shapes.

For Constellation, a tribute to the work of graphic designer Philippe Apeloig, French designer Noé Duchaufour-Lawrance brought forth a modular table with gold dots on white porcelain and hints of Sèvres blue to speak of cosmic movements.

At the Sakura section, the eponymous vase from Nendo celebrates Japan’s legendary cherry trees. The design studio presented two additional pieces to complete the space: Hasu, a porcelain coffee table covered with lotus leaves and Bell, which is, quite literally, a series of bells. 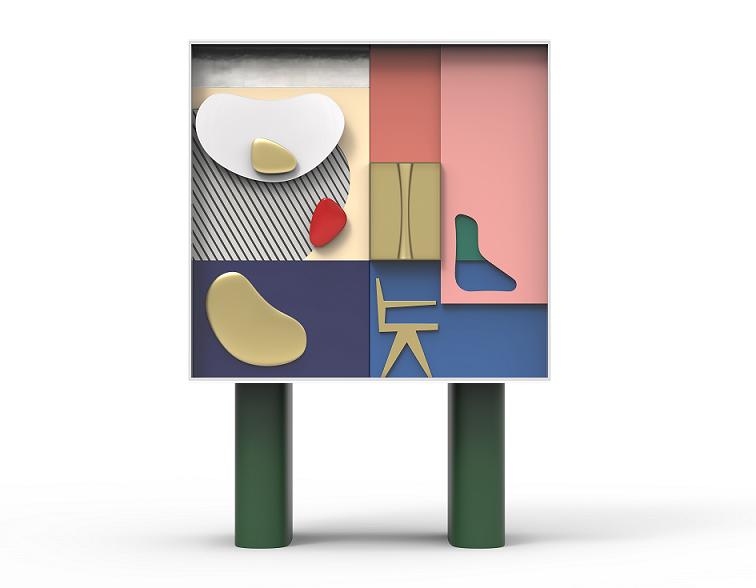 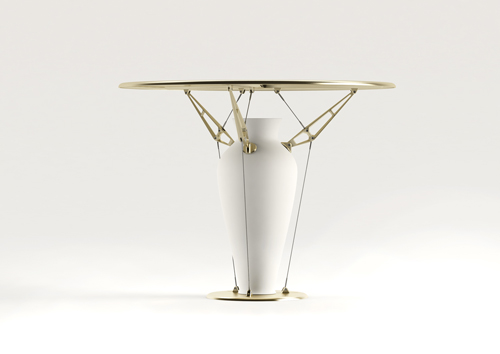 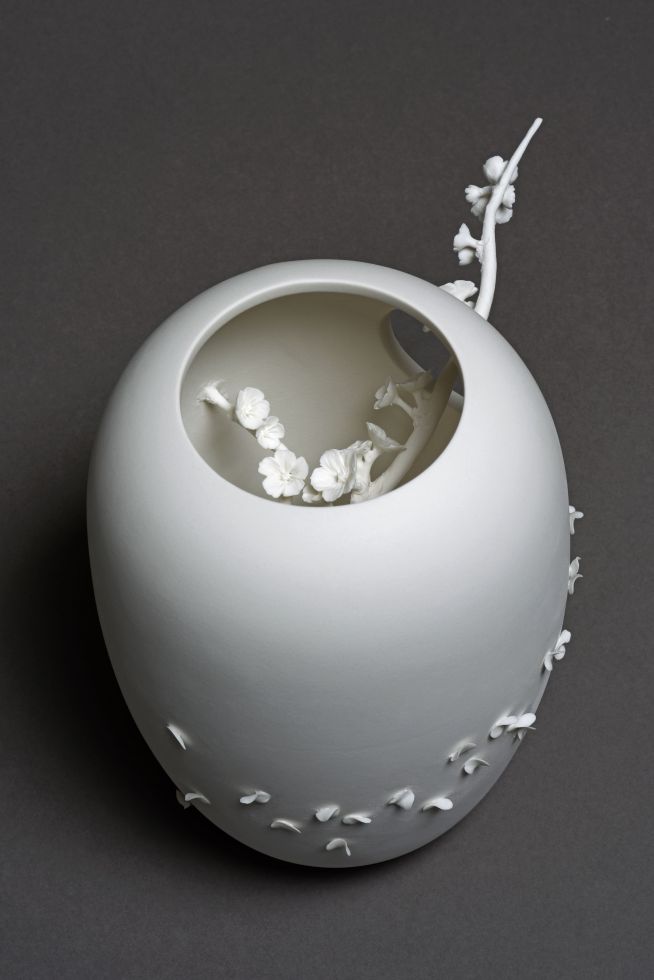 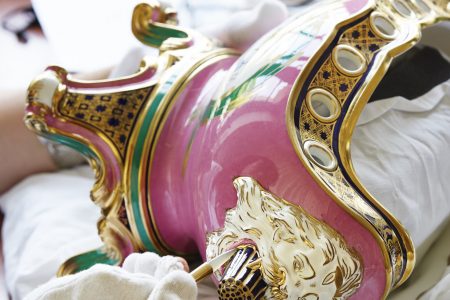