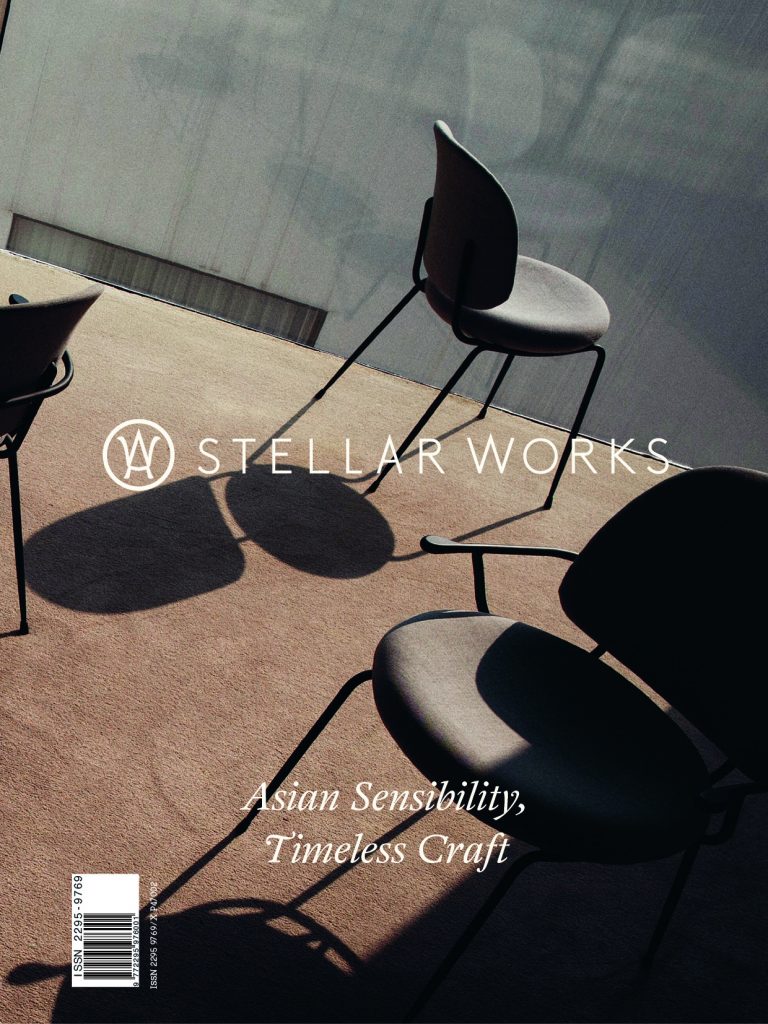 Stellar Works is a story about taking risks, embracing tradition, and pushing forward the potential of design, production, and craft, and bringing them together in a harmonious way.

With its Japanese founder, French partner, and a Shanghai manufacturing base, Stellar Works is cosmopolitan to its core. This is underscored through its collaborations with internationally renowned interior architects and designers who are utilising these resources to create innovative and beautiful pieces for the brand’s signature collections. Shanghai makes the ideal base for Stellar Works—this thriving, culturally rich and incredibly diverse megacity, where more than anywhere else, the contrasts between old and new, traditional and ultra-modern, the mix of speed, technology, and history are combined in the most undefinable ways. With its distinguished location on the edge of China along the East China Sea, where it looks out towards Japan, South Korea, Taiwan, stretching out to the Pacific—Shanghai is also a natural link between east and west.

Since its founding in 2012, Stellar Works has continually subverted the cliché that China is home to only mass-volume and low-quality production. Its Shanghai-based factory, where most of the furniture is handmade, makes the difference. “It’s still affordable to follow a design-led craft process in Shanghai while it would be impossible in Japan, in the Americas, or in Europe,” reveals founder and CEO, Yuichiro Hori. As COO, Daisuke Hironaka reflects, “Shanghai is a hospitality-oriented market, geographically close to Japan. Quality standards are higher here than in mainland China, which is mostly producing large volumes for the Western market (mass market). In my opinion, Asia will become one large entity as well as a hub for high-quality education and design.”

“Stellar Works is the first tailor-made Asian design brand,” says Hori. “Shanghai is for us an operational base and source of continuous growth. We have injected our Japanese mindset into the production, perfecting the Chinese craftsmanship, coupled with Laval’s French label of excellence in furniture upholstery.” But the global DNA that makes Stellar Works what it is doesn’t stop there, as the Nordic aesthetic and influence sets the tone for many of their signature collections. Despite their geographical distance, Nordic and Asian cultures share a similar set of values when it comes to materials, design, nature, and craft, as well as an ability to create furniture or objects that are inherently beautiful and functional. With Stellar Works, the idea of heritage and roots takes on new identifications and new, expanded meanings. As Romaric Gauthier, the General Manager for Laval Shanghai puts it, “…I think we can definitely say that today the brand exists independently with its own independent voice, without having to specifically refer to its origins—in this way it is truly timeless and international.”

In seven years, Stellar Works has expanded its multidisciplinary practice by developing high-end signature collections with Yabu Pushelberg, Space Copenhagen, Crème Design, Nic Graham, David Rockwell, and Neri&Hu. These collections could not be produced at such high quality and affordable cost levels anywhere in the world. Stellar Works makes this dream come true. Through the leadership of Neri&Hu as Creative Directors, Stellar Works is developing their design brand status, expanding into handcrafted objects and accessories for the hospitality market as well as for private residencies, using luxurious materials and forms, while staying true to their philosophy of “Asian sensibility and timeless craft.” This extends to a practice of sustainability and responsible production from materials sourcing to transportation and fabrication. With a truly global in-house team, Stellar Works has established a seamless network for communication, making the process of design and production smooth and efficient. This was critical for American designer David Rockwell, who, while exploring the idea of producing a line of furniture in China, greatly valued the possibility of working with a bilingual production team on a design project made in China. Danish designers, Signe and Peter of Space Copenhagen, talk about having “an immediate connection and mutual understanding,” when working with Stellar Works. They have created three signature collections: Slow, Rén, and Lunar, each of which weave in elements of Asian design history and Scandinavian heritage, while being completely contemporary.

You can find a selection of articles from this special edition on TLmag’s Online Edition ‘Stellar Works’. 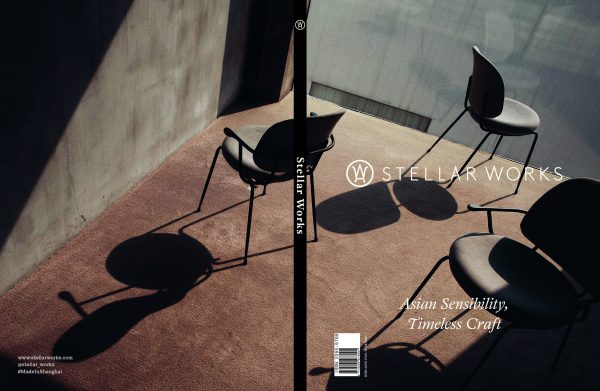 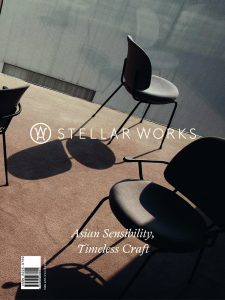 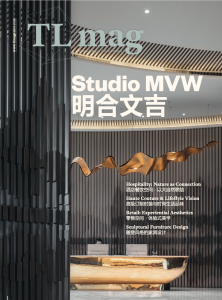