TLmag: How long have you been working on the Eutopia chair project? Was it more complex than you expected?

Francisco Gómez Paz: I’ve been working on it over the past three years. It has many starting points: we are in a period of change that allows me to explore new frontiers. Many years ago, I wasbuying tech to buildup new projects in mystudio —I moved backto Argentina four yearsago, and now I split my time between my home country and Milan. Where I live in Salta, there is no industrial site. The city is quite far from the industrial tissue, and not connected to design at all. Today, it’s quite possible to imagine a system to produce without needing an industrial site close by —something unthinkable even 10 years ago. This new opportunity has led me to explore the edges between craftsmanship and industry.

How did those issues lead to the project?

I started this utopian project knowing that I was isolated from the industry, and that I had to find solutions by myself. I tried to think wide, but I also had to evolve with the local context of Argentina: after decades of populism and corruption, the government finally changed. I was an activist, and this momentum was so important to me that I felt I wanted to give something back to my country.

That political context had a big impact onEutopia. Our current presidentis an engineer, andhe understands the processof progress in a verybalanced way. He isa concrete person. Myapproach as a designerhas been to build withoutboundaries. I believein ideas, and the endresult should be a processof sculpting with bothyour intellect and yourhands. My essence is

learning by doing, and starting with intuition. I could have done a thousand stool prototypes, each one of them a distillation of my ideas, to respond questions through a concrete proposal. I am really trying to do the right thing: to believe in what I’m doing.

Beyond the chair itself, you argue that it’s possible to create anall-in-one3D-printed and handmade object outside of the context of traditional industry, combining high and low technologies. What’s your position on this evolution of digital craftsmanship and making?

person. What could the future be in the creative industries? What would happen to design in such a context? Let’s try to imagine and experiment and inject all the complexity of design into these technologies. Doing things just for the sake doing is meaningless to me… but if you put value in that and a creative mindset, what comes out of it? An experimentation process allows me to have control over all the parameters and production details. I can change and include every holistic elements into the project.

You’ve chosen to work from Salta, 1,400 kilometres away from Buenos Aires and 13,000 kilometers from Milan. How much has this distance, and the context of nearby nature, had an impact on Eutopia?

I need to feel at peacein order to design, so I feel that the right balance today is to live in two places. In Milan, I can go to art shows and design happenings, and speak to companies who are investing into R&D. And on the other side of the world I have this relaxed environment that allows me to design. It’s a kind of temple of nature and I do what I love. I brought back this mix-match of influences to Argentina and implemented them in my studio. Time is fundamental to do and experiment and to have the right sediments to rethink and understand. Space, as well. I wake up very early and I am super energetic and I see amazing scenes, even though I give my best at late hours. As with most creative people, I am earning free time while others are sleeping.

What does the Eutopiaportmanteau mean? Does it have anything to do with your symbiotic state of mind?

I am an utopian man, I always see potential in everything. Naïveté is not a weakness. The best definition ofEutopiais the best place for the best thing to be done. I am also very concrete and I do not want to sell air. This word, Eutopia, gets to join my other utopias that might become possible. I am also very proud of my country and I want to build this piece at home.

The choice of the Paulownia wood allows you to highlight its intrinsic qualities. What else has it allowed you to do?

Paulownia is one ofthe fastest growingtree on earth —merelyfive to six years. Itis called the aluminiumof the woods, as itis highly resistant and also sustainable, due to its impact on CO2. It is also very beautiful and white, and easy to work with. I picked this miracle wood because I wanted to do a light chair —Eutopiaonly weighs 1,800 grams with no screws nor needles. The invisible joints for the legs are an invention. It’s like the Japanese!

During this upcoming Milan Design Week, it will be on display at Spazio Rossana Orlandi and Cascina Cuccagna. What are your expectations?

Rossana Orlandi is really pushing the project. My idea at first was to sell it in Argentina, but bringing it to Fuorisalone in Milan opens up new doors —I have a pre-series of 25 chairs ready. I can produce up to 50 pieces per month in my studio, each of them numbered and stamped.

Would you want this chair to become an open-source product or do you want to exhibit it as a limited edition in the network of art and design galleries?

I am really modern, but I’m not that much into this open-sources approach. The knowledge and the making are quite complex for a chair concept. I want to produce a group of series in my studio first, with no limits in place; I could then re-scale it outside, from my individual structure. Producing series is not impossible, thanks to these new technologies, but I really want to keep the genius loci.

TLmagazine is reposting this interview in context of Francisco Gomez Paz’ lecture at Brussels Design september 2019. 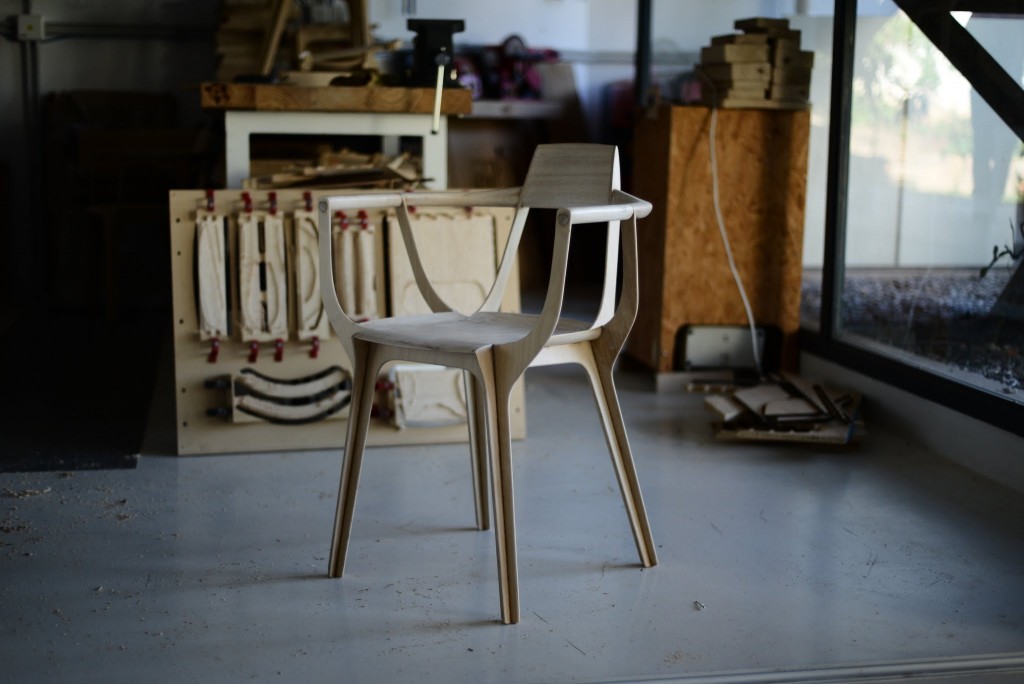 Besides, Paulownia wood is taken from a tree with a high capacity of absorption of pollutants. 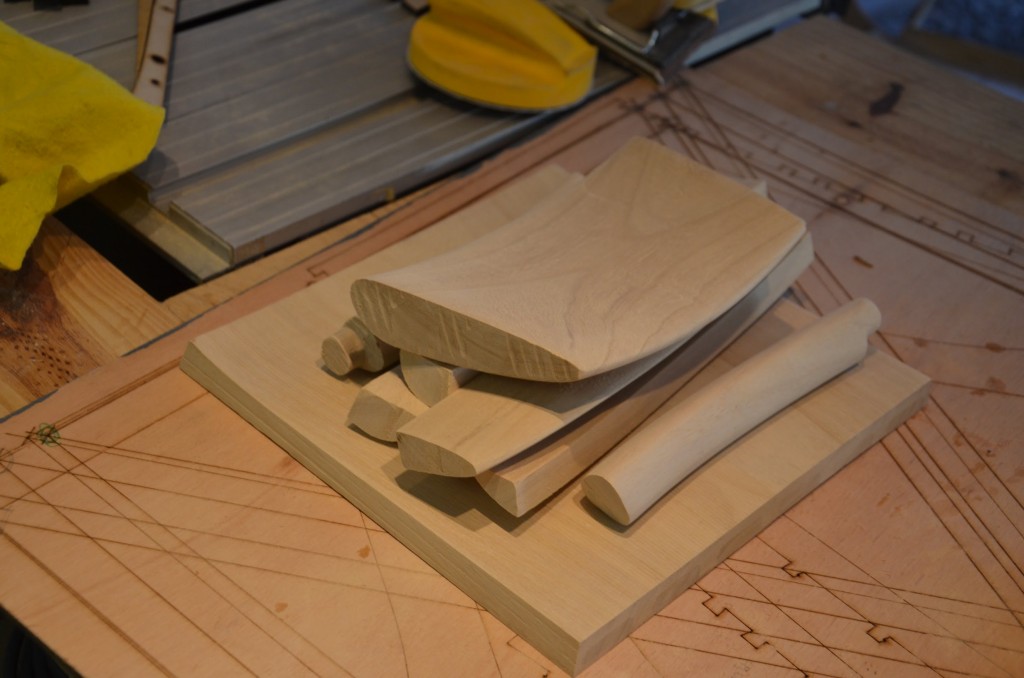 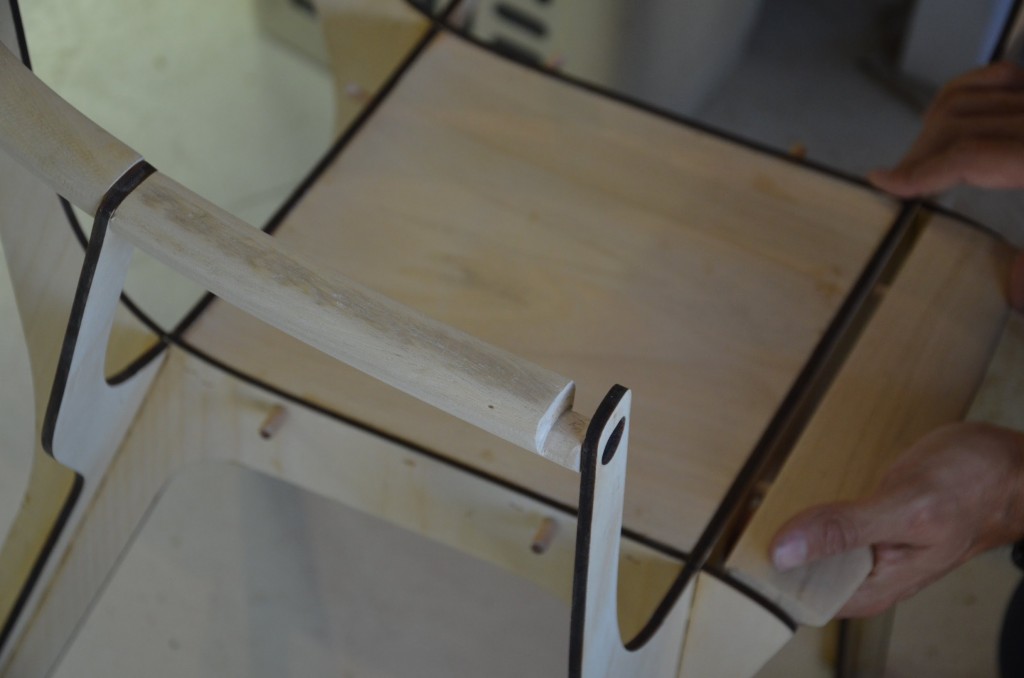 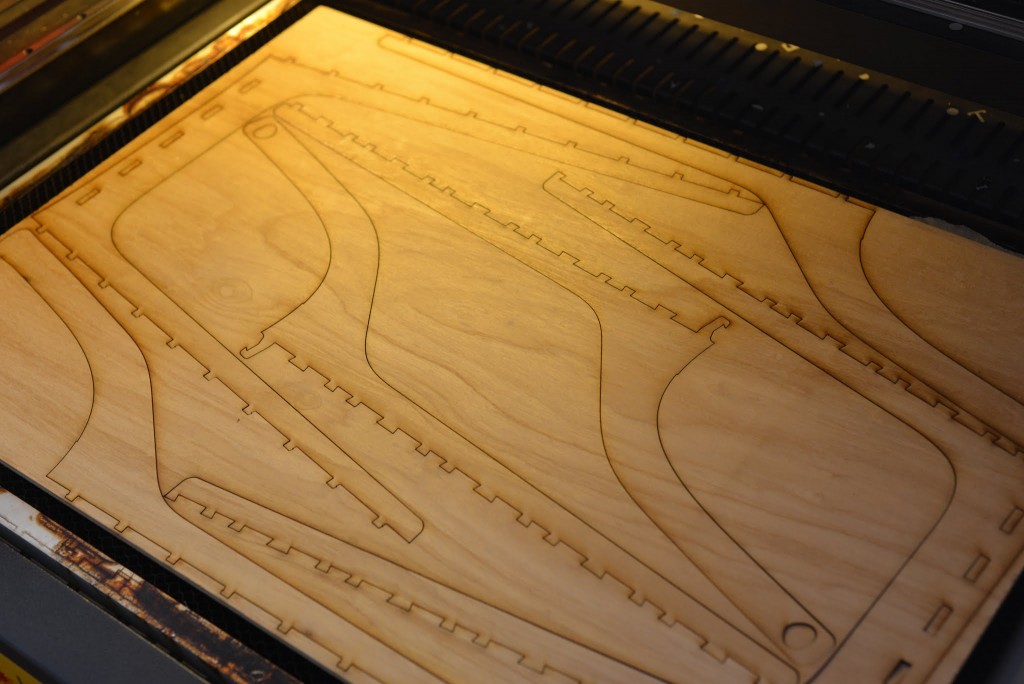 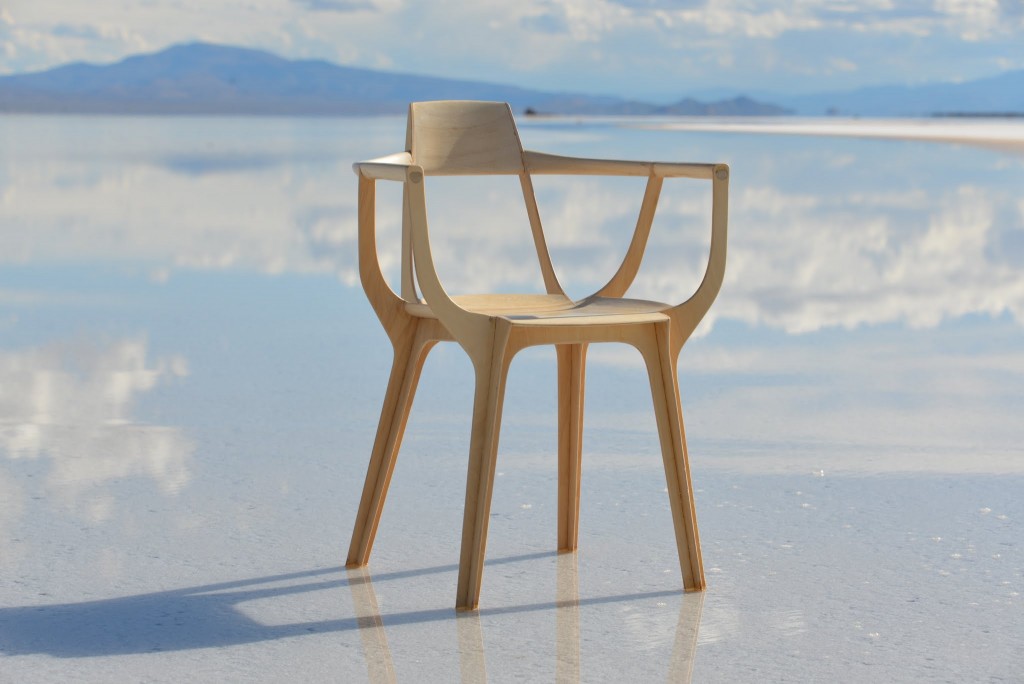 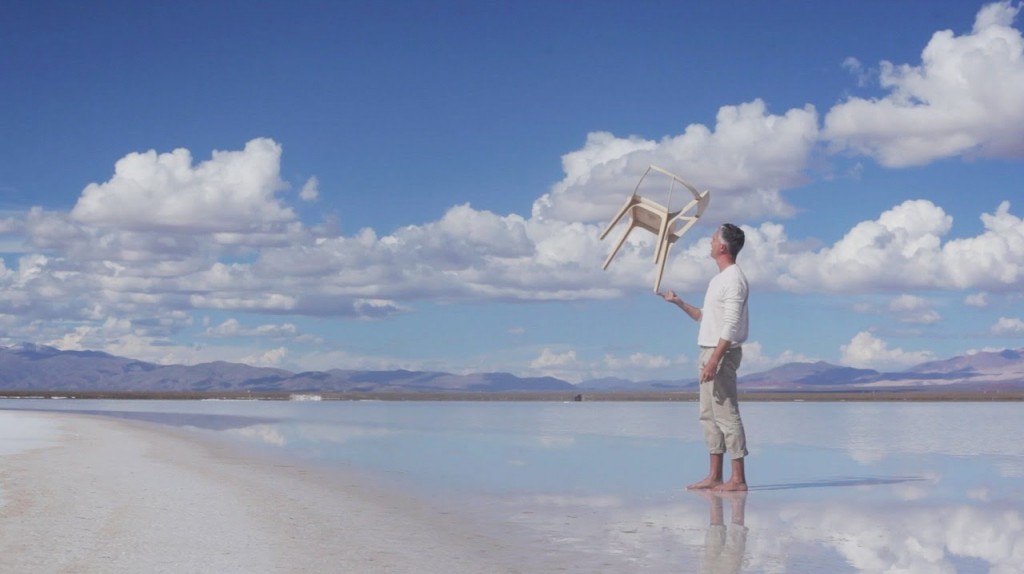 Eutopia is an extremely resistant wooden chair that surprisingly weighs only 1,800 grams. It can bear resistance tests with 100kg loads and more than 23,000 cycles.
‹ Back 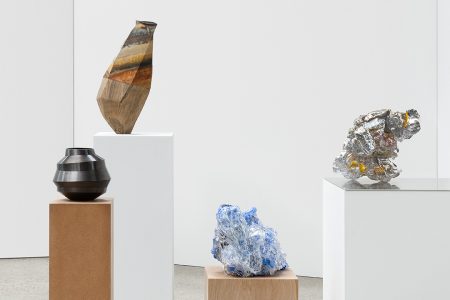