It’s easy to say Belgian artist Thomas Lerooy is experiencing an important year in his career. He will inaugurate his 21-metre-high sculpture in Knokke and participate in a group exhibition in Shanghai and Berlin later this year. On top of this, he just opened his solo-exhibition Behind the Curtain in Royal Museum of Fine Arts in Brussels: an exhibition that presents everything that defines him as an artist.

The artist, who was born in 1981 in the Belgian Roenselare, is currently based in Brussel. The general audience got acquainted with him in 2006 with Le Petit Jean, a small bronze puto on top of Dhondt-Dhaenens Museum that urinates in direction of his audience. A successful career followed with exhibitions at Pompidou Centre, Belfius Art Collection and Le Petit Palais.

His style can be described as transient, as his work contains a certain fleetingness of life and sense(lessness) of existence. Classical sculptures and seventeenth-century vanitas paintings are his biggest inspiration. Through a game of creation and destruction, he manipulates classical art and places himself in the Belgian artistic direction. The humor, the use of the skeleton as a symbol for transience and the nods to Surrealism and trompe l’oeil are all reminiscent of artists such as Félicien Rops, James Ensor, and René Magritte.

The produced paintings are living creatures to Lerooy. In the sense that they need time to grow up in visual language and content. According to the artist, viewers need not understand them, but rather feel them by surrendering to the softness of his brushwork. They touch, trouble and shock. Behind the Curtain gives a good sense of this duality. He flirts with classical sculptures and surrealist paintings. His work provokes, plays and challenges. Drama reconciles with humor and theatrical with intimate.

Courtesy of the artist and Rodolphe Janssen, Brussels. 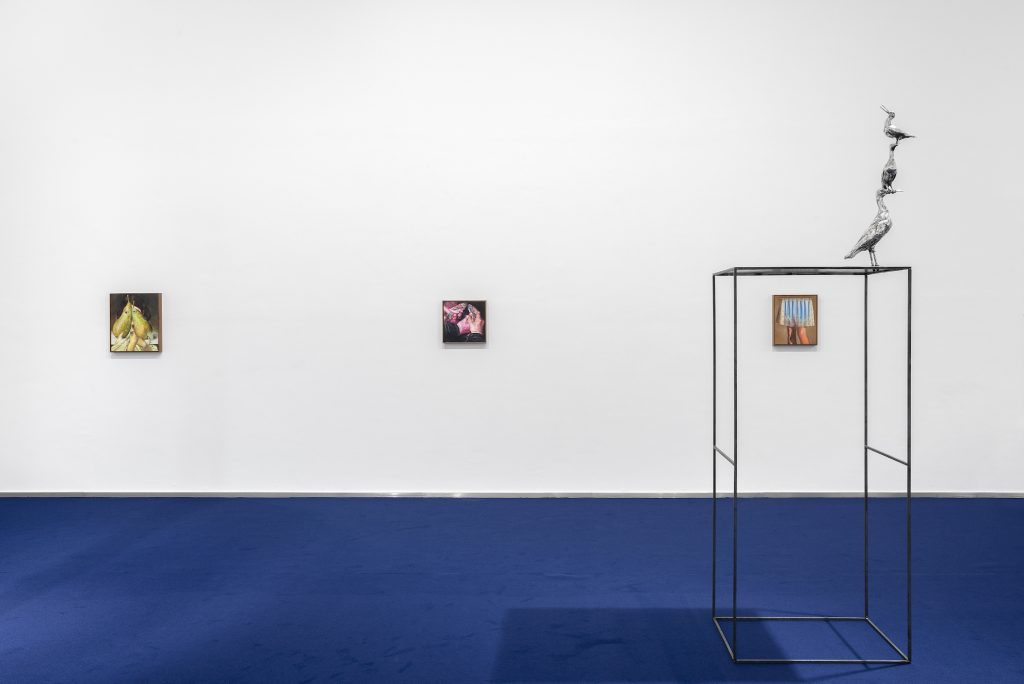 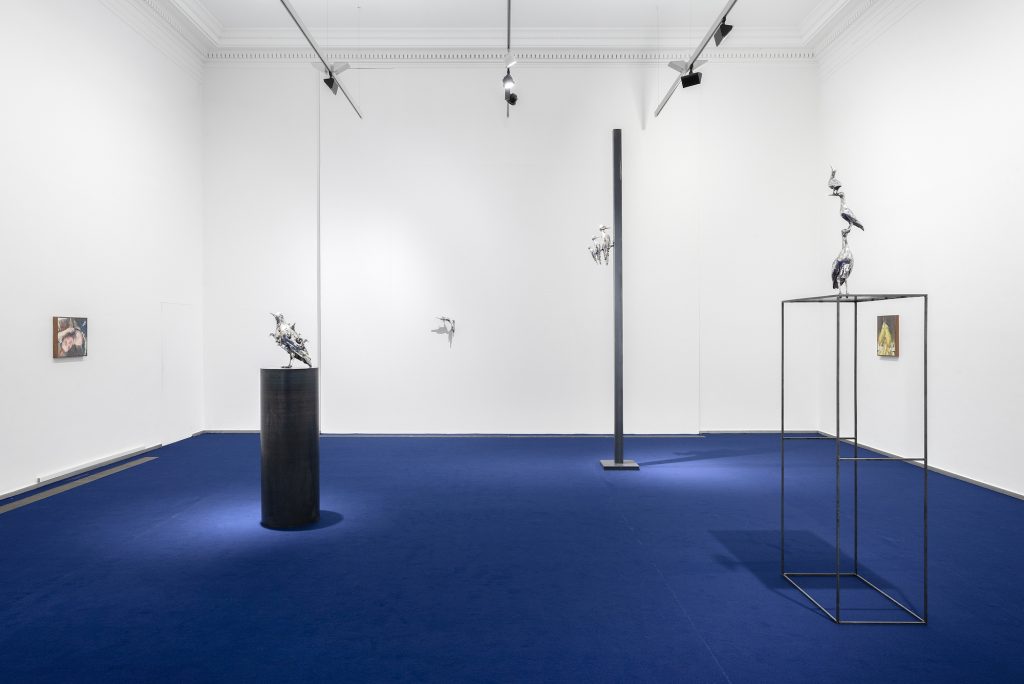 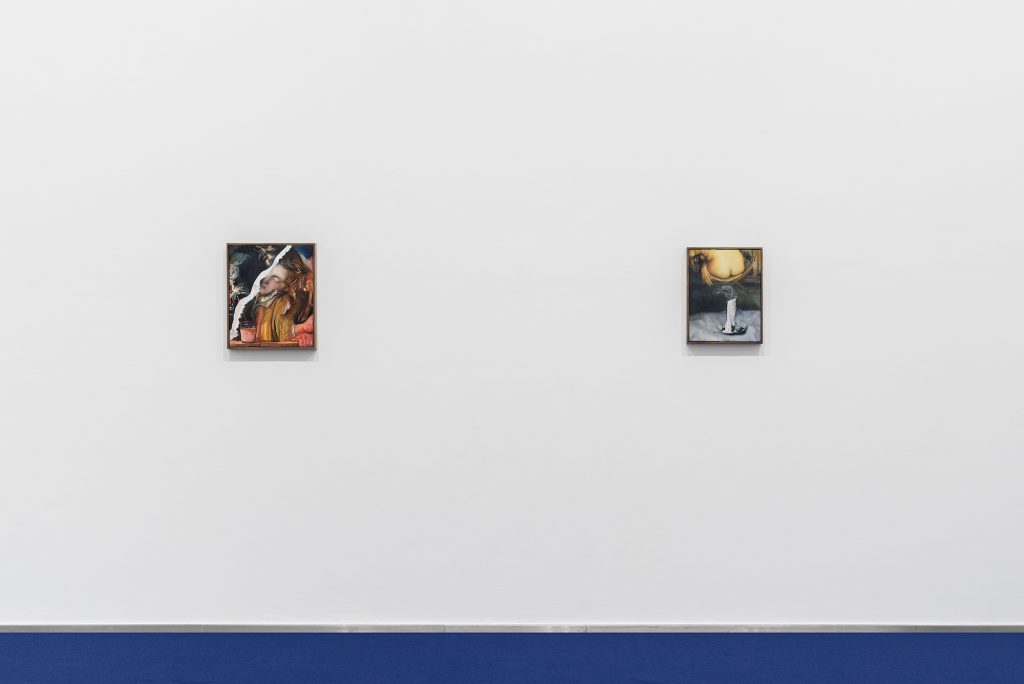 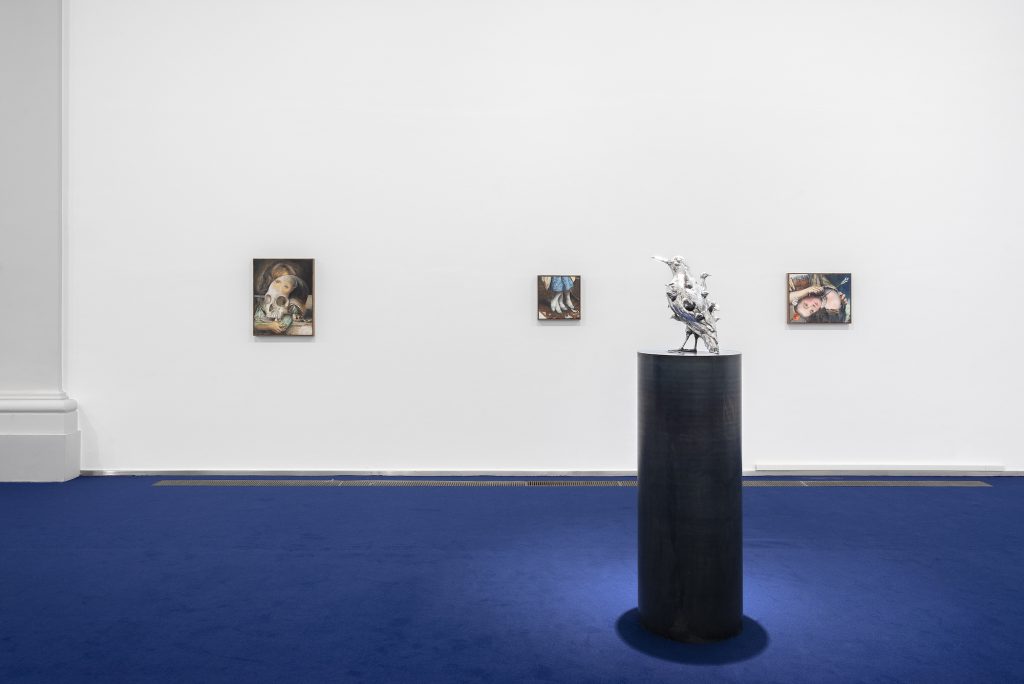