Up Next: The 10 Wonderful Worlds of IIDE

The International Interior Design Exhibition will be open on November 17 and run until November 25 at the Hotel de la Poste, Tour & Taxis, Brussels.

Luscious textures, bold patterns and creative colourscapes come together at the inaugural re-launch of IIDE – The International Interior Design Exhibition. The show invites visitors to lose themselves in 10 rooms of interior wonder. It takes place in Brussels for the first time from November 17-25 with previous editions having taken pleace in London. Each of the 10 rooms are assembled by a leading name in interior design – Gert Voorjans (BELGIUM), Henrietta Spencer – Churchill (UK & USA), J. Phine (NL), Erik Dhont (BELGIUM), Michel Penneman (BELGIUM), Christophe Remy (BELGIUM), Christophe Gollut (UK), Olivier Lapidus (FRANCE) and Carter Tyberghien (UK). Together these designers will showcase pieces of design and art from over 70 suppliers.
IIDE is steeped in history. It was founded in 1982 by interior designer Fleur Rossdale at a time when interior design was a fairly non-existent sector. Now, interior design represents a thriving and varied creative scene which IIDE helped to pioneer.

TLmag talks with Fleur Rossdale about the industry whose beauty is often hidden behind closed doors:

TLmag: What first sparked your interest in Interior Design, especially since it was not a prominent industry when you entered it?
Fleur Rossdale: When I was 15 my parents built an extension to our home and my mother decided that yellow would be fabulous colour for it. When my father saw the new living room he said: “this is horrible!” [laughs]. In those days, people did not use interior decorators very much but my mother had a friend who said: “I agree with John that it looks dreadful but I know a decorator who can put it right.” So these two guys came and they fixed it. This cost her far less than all the mistakes she had made because they had experience and knowledge. So that was embedded my mind when I was young and it as just lingered there ever since. Then I worked at the art dealer Sothebys which was just the most amazing experience because all these pieces came in and I would sometimes take them to the British Museum to have them verified for authenticity. What this did was give me a visual education which is very important when you are talking about quality. You can be taught this knowledge by seeing a lot of good works and I absorbed that kind of information.

Why do you think it is important for people to engage with Interior Design?
I really believe that everybody deserves to have a lovely home environment that they feel is like a little nest. When I started IIDE in 1982 people said to me “Are you crazy!? Who is going to come to this exhibition? Nobody is interested in interior design!” But I did. You should be able to create something that is glorious in your home. But without interior design, how do people know what is going to be right? Just one example is that people might buy a sofa that is totally out of proportion for the room they are furnishing. These mistakes are expensive. If you go to an interior designer – which could be the top designer in the world but could also just be one that is small or just starting – they have the experience and they will save you money.

There are 10 design rooms at IIDE, how do you choose the designers for these spaces?
My only criterion is talent.
Although, I try to give a cross-section of style as well. So, for example, J. Phine is a new company who does their own thing which is exciting. They are quite minimal. At IIDE their whole room is white and was designed around a piece of sculpture by Hanneke Beaumont.

So the exhibition also includes art as well as design objects and soft furnishing?
Yes, the pairing of art and interiors is so important to me. As interior design has progressed throughout the years, the designers have also become a kind of art dealer because the clients trust their taste. In America, this approach has been going strong for a long time but I began it in England.

With the relaunch of IIDE what changes are being made from the previous editions?
Maybe because I am older I have got more creative. That’s the only good thing about getting older is that you get wiser, or at least something happens! So there are lots of new things. What is different is this: the 10 rooms of interior design are based on the theme of ‘inspirational and aspirational’. In these spaces, visitors can get ideas of proportions, colors and which fabrics work because you cannot understand these things from swatches. You cannot know if you love or hate something until you see the finished product. What is also exciting is that for the first time I have done a Supplier Wing so that suppliers can engage with the clients and do direct sales. As a consequence, the 10 designer rooms feel as if you are visiting through somebody’s real home where you meet the host and hostesses who actually created the room. It’s a little bit surreal which works extremely well in Belgium. In these spaces, there are no leaflets or cards. Then you can go to the booths in the suppliers room which is more commercial. Also this year I have a shop, which I have never done before. On sale will be work from artists whom I like to support and who are more up-and-coming and there are jewelry designers, printmakers, cushions, books (of course) and all sorts of other fun things. Finally, there is also the new addition of the Iconic Gallery. The work here will be displayed on plinths as if you are in a museum, these are collectors pieces. I decided to do this gallery because I feel that are some furniture designers have not had the recognition that they deserve. For example, I’ll be showing Peter Ghyczy who has designed the most amazing pieces, five of which we will show. He designed these brackets to hold the glass top of a coffee table which was very clever at the time. These have been copied and copied and copied but nobody knows that he engineered them. This is important to me.

What do you hope will come out of the exhibition?
I like everybody in my exhibition to thrive. And not to strive. It is quite hard sometimes for small companies or artisans to make a space for themselves but this exhibition gives them a really good chance to show what they can do and to create connections. 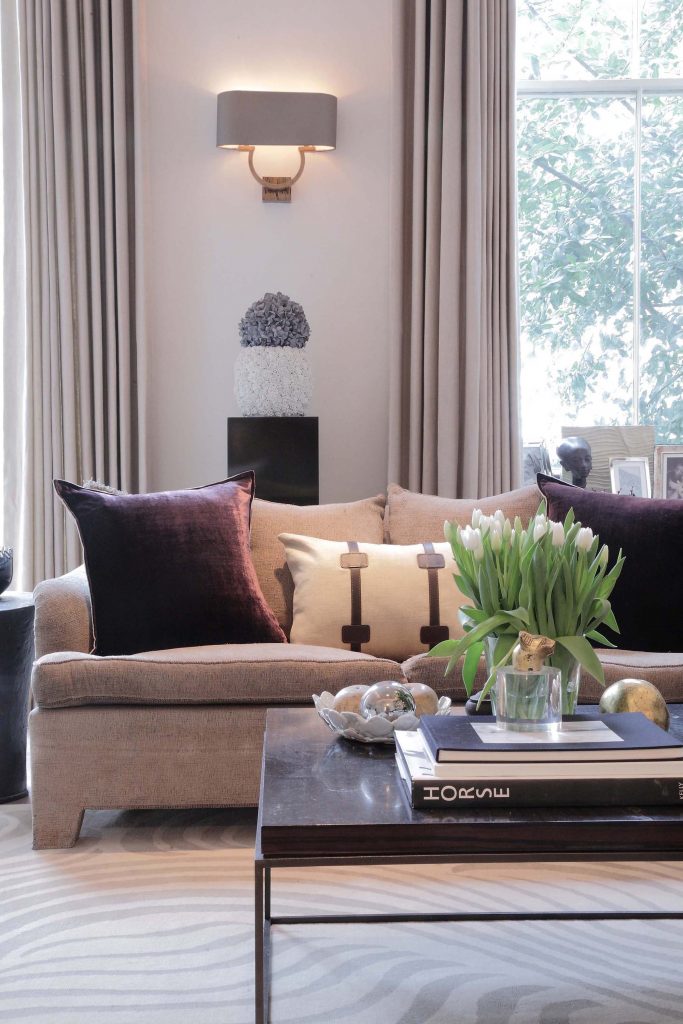 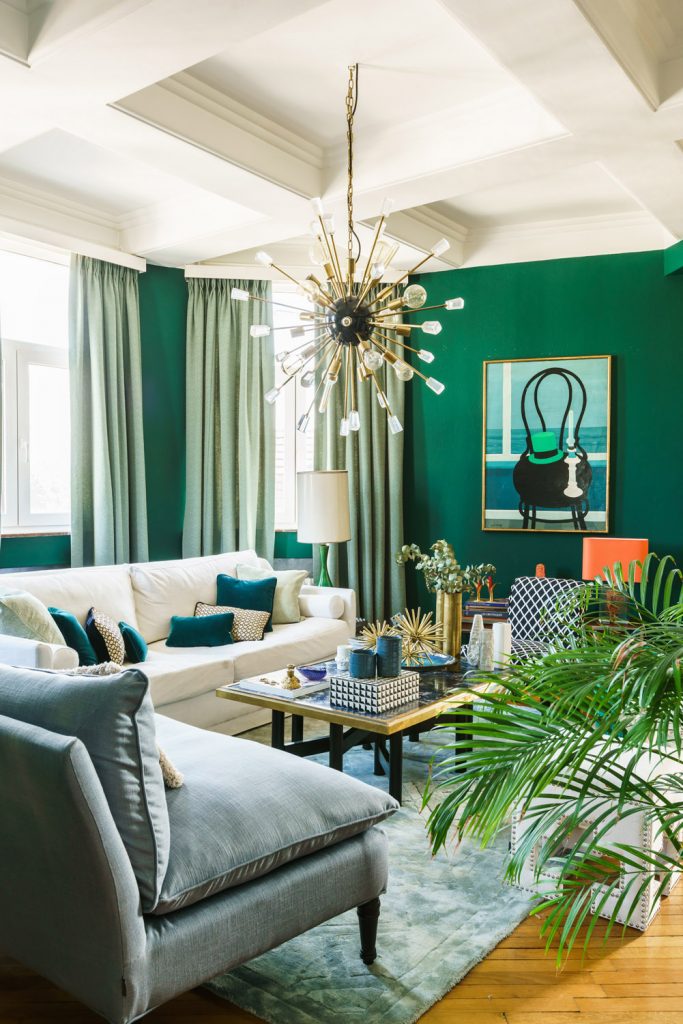 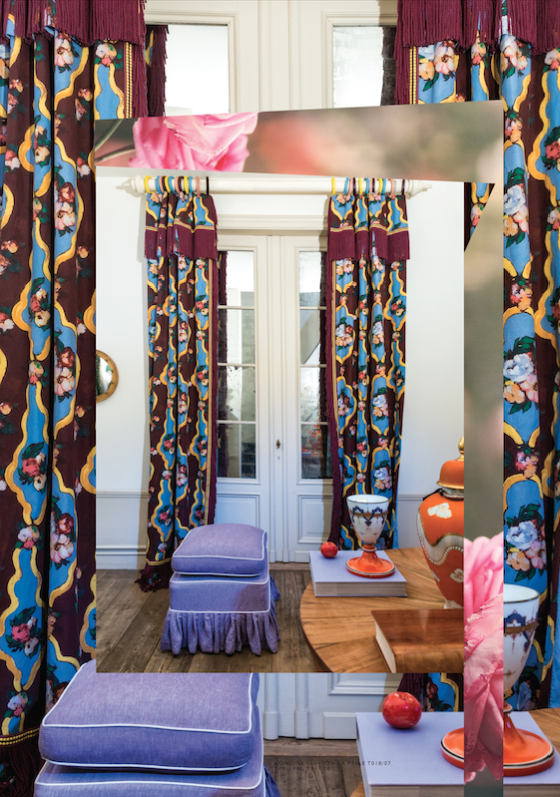 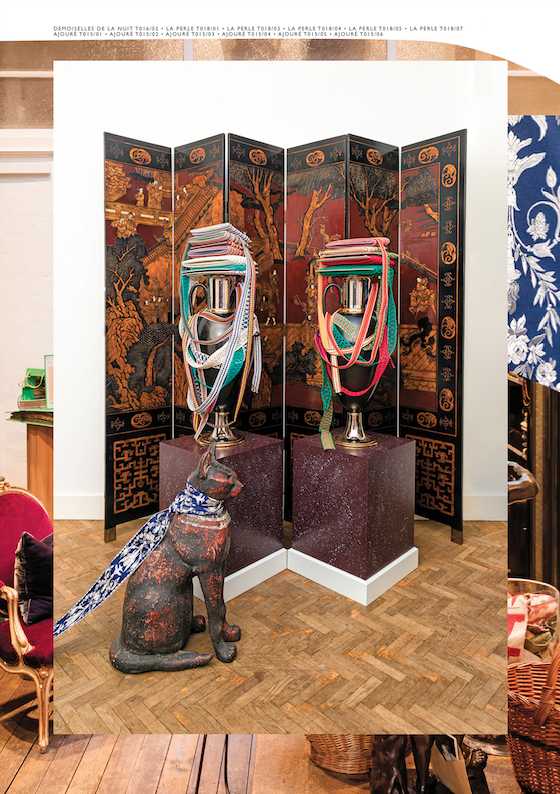 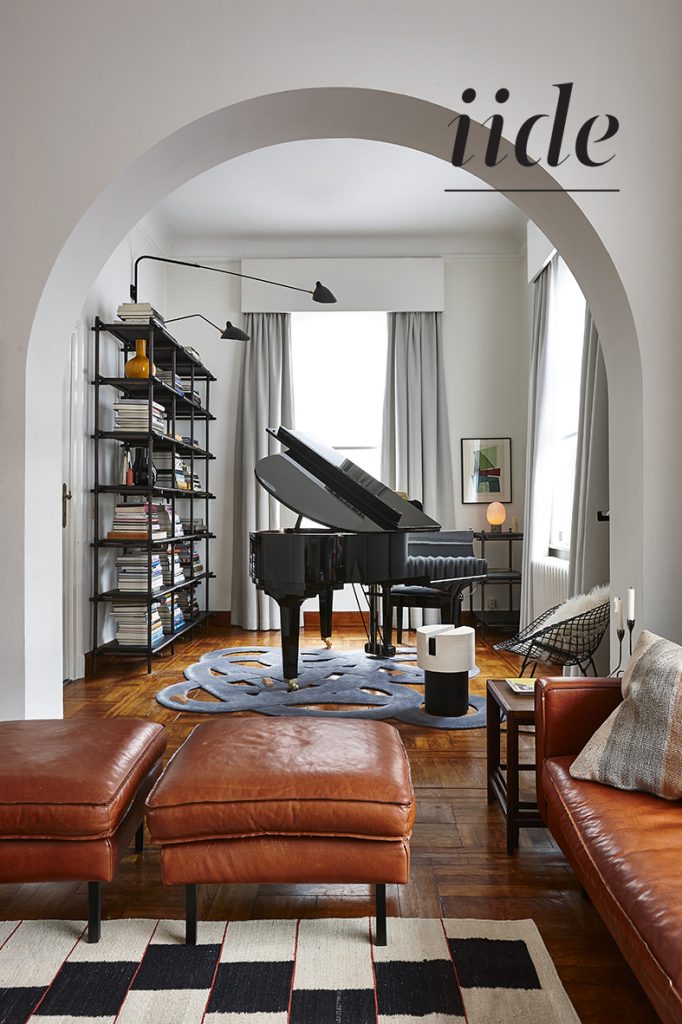