Wallace Chan creates because he has stories to tell. He gives life to mystical, sculptural works merging artistry with high technology, which are deeply rooted in Chinese culture and philosophy and present strong links to nature. With each piece crafted to offer a unique narrative or illustrate a philosophical thought, the spiritual materialises into dramatic jewels, from the Cosmic Destiny brooch exploring the oneness of all beings and the ever-changing qualities of the universe to the Mind Puzzle clip questioning the origin of reality. Born in Fuzhou, China, in 1956, Chan had dropped out of school at the age of 13 to help support his family, before founding his own gemstone carving workshop in 1974, going from carving Buddhist sculptures to making jewellery. Having started out sculpting ivory, wood and stone, he turned to gems in his quest to inject light and colour into his creations. Today, he has become a world-class brand sought after by art collectors, royalty, stage and screen stars, leading auction houses, museums and galleries.

The first Chinese jewellery artist to have exhibited at prestigious fairs like TEFAF in Maastricht and New York and the Biennale des Antiquaires in Paris, his peapod-shaped A New Generation ring– in his own variety of porcelain that he has rendered five times stronger than steel – was added to the British Museum’s permanent collection in 2019. In fact, the Wallace Chan name has always been closely associated with ground-breaking inventions: from The Wallace Cut, an illusory three- dimensional carving technique combining cameo, intaglio and gem-faceting, to his revolutionary mastery of titanium in jewellery-making, which exploits the lightness and tensile strength of the metal, made possible by his explorations in perfecting casting, melting and inlaying techniques. Some works may take up to three or four years to complete, with Chan producing around 15 to 20 pieces annually – all one-off jewels – always aiming never to repeat himself as he surmounts impossibility.

TLmag: Tell me about your childhood and how you entered the jewellery business.

Wallace Chan: I moved to Hong Kong with my parents and three siblings when I was five years old. My childhood in Hong Kong was tough because we struggled so much just to keep warm, have enough food and keep a roof over our heads. One of my uncles was a carver, but no one in my family worked in jewellery. I started as a gemstone carving apprentice in 1973, when I was 16 years old, and founded my own gemstone carving workshop nine months into the apprenticeship. I have always been a painter, carver and sculptor, working with gemstones, metals and other materials to express my experiences, thoughts and feelings. However, it was only after I completed the Great Stupa for Taiwan’s Buddhist Mountain – and after I returned from a six-month journey as a monk – that I began creating jewellery.

TLmag: What was it like having to stop school, and how did you train yourself in jewellery-making?

W.C.: It was not ideal that I had to drop out of school after only two years, but

it wasn’t a real school either. It was two classes conducted at the same time on a rooftop, above a noisy wet market. It was difficult to concentrate. I did not know how to speak Cantonese, and my teacher did not like me. My family could hardly afford the school fees, so we always paid late, which annoyed the teacher. I did a number of odd jobs before becoming a gemstone carving apprentice. When I was 16, I knew I had to acquire a skill to survive. The gemstone carving industry was booming in the ’70s when the West ordered a lot of Chinese artefacts from Hong Kong. So my father found me a place in workshop that needed extra hands. The first stone I encountered was a piece of malachite. I was enchanted right away by the texture, swirling patterns and colours. Later on, I got my hands on coral and jade, which were popular materials for carving. But then I discovered more: cameo, intaglio, light, crystal, Western mythology and Michelangelo. I just kept exploring. It was, and it still is, my curiosity that drives me to dive into the unknown.

TLmag: How would you describe yourself as a jeweller?

W.C.: It is not easy to describe myself because I change my mind all the time! Change is perhaps the only constant for me.

TLmag: Take me through your creative process.

W.C.: There is no A to Z because the creative process is never linear. It usually involves everything happening at once, and many projects happening at the same time. I have so many dreams, so many things that I want to bring to life, but there is never enough time. Therefore, I must always condense my being and steal time when I can. In addition to the idea, aesthetics and meaning, the creation of a jewellery piece involves the innovation of materials and the invention of tools and techniques. For example, I was working on many creations at the same time during the seven years that I spent innovating porcelain, when The Wallace Chan Porcelain was born. This meant that I had to make the final touches to complete some of my other creations. If I had waited until the porcelain was ready to work on the other creations, it would have been too slow and too late. Creativity takes time, but it also doesn’t wait.

TLmag: You invented The Wallace Cut, the mastery of titanium in jewellery-making, a patented jadeite luminosity-enhancing technology, elaborate gemstone settings without metal claws and The Wallace Chan Porcelain. Why is innovation so important to you, whether it’s a new technique, tool or material?

W.C.: The idea is simple: the more materials you can master, the more creative freedom you have. I am just like a painter looking for more colours and a bigger canvas.

TLmag: What does jewellery represent to you?

TLmag: What has been the most challenging piece of jewellery you’ve ever created?

W.C.: I am constantly looking for challenges, and that is also why I want each of my pieces to be unique and different because I find it meaningless to repeat myself. However, if we look back in time, The Wallace Cut was my first-ever innovation and, at that time, I had no resources to support the innovation. I gave it all I had and, from that, I learnt that everything can be difficult, but nothing is impossible. 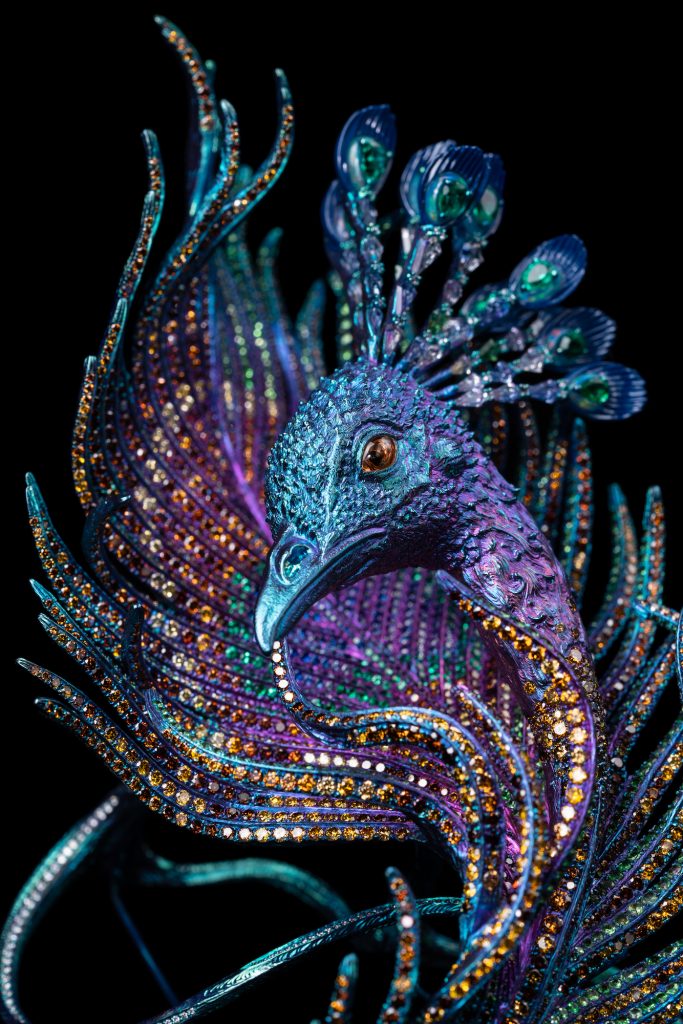 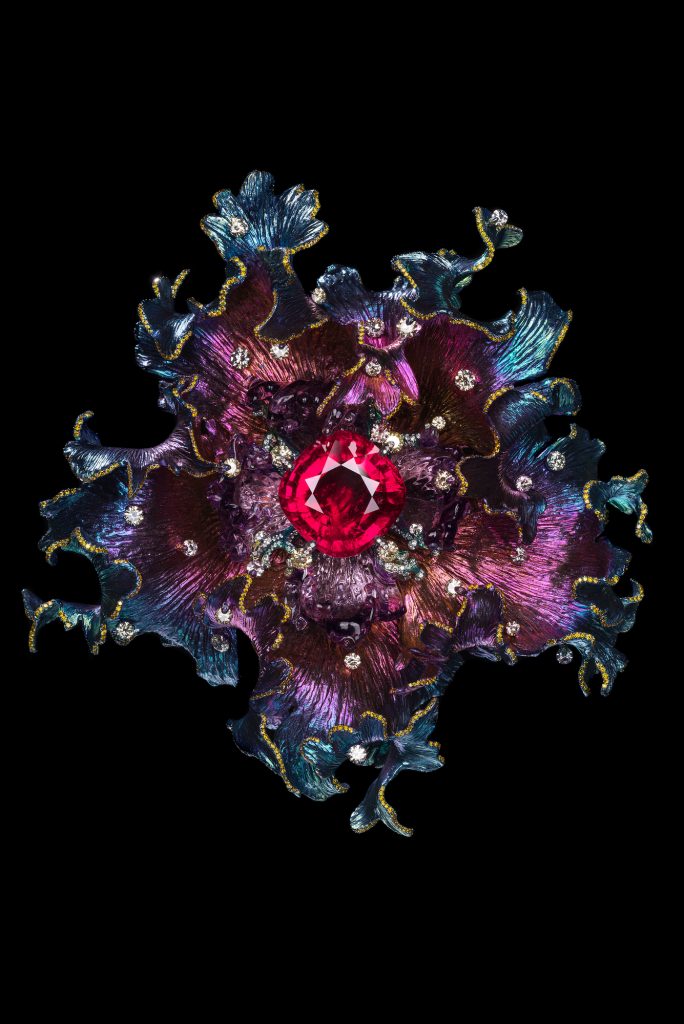 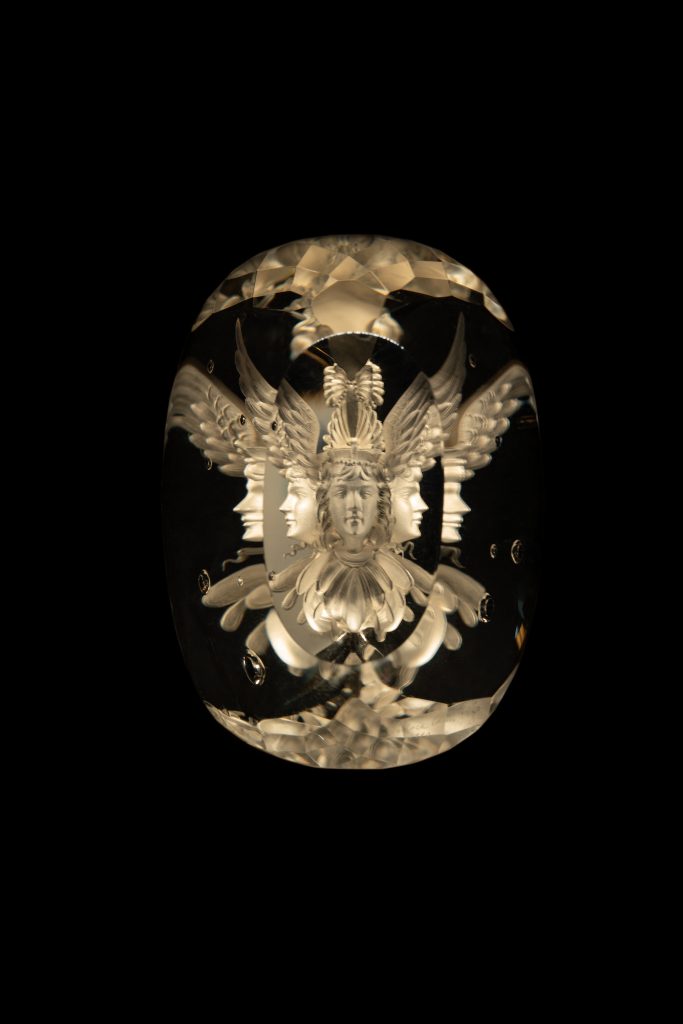 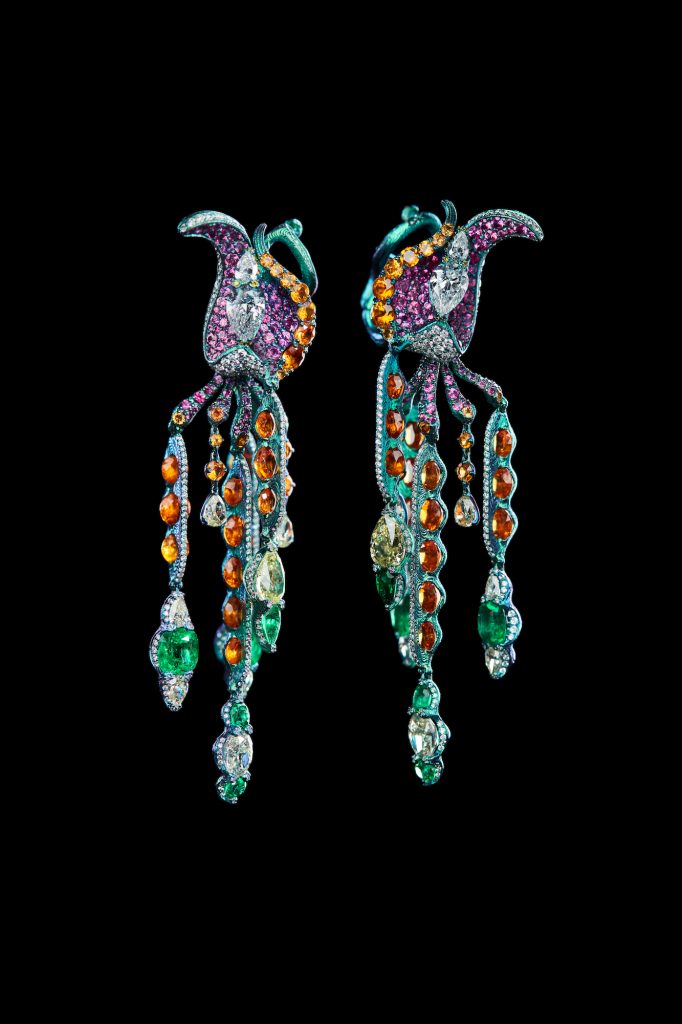 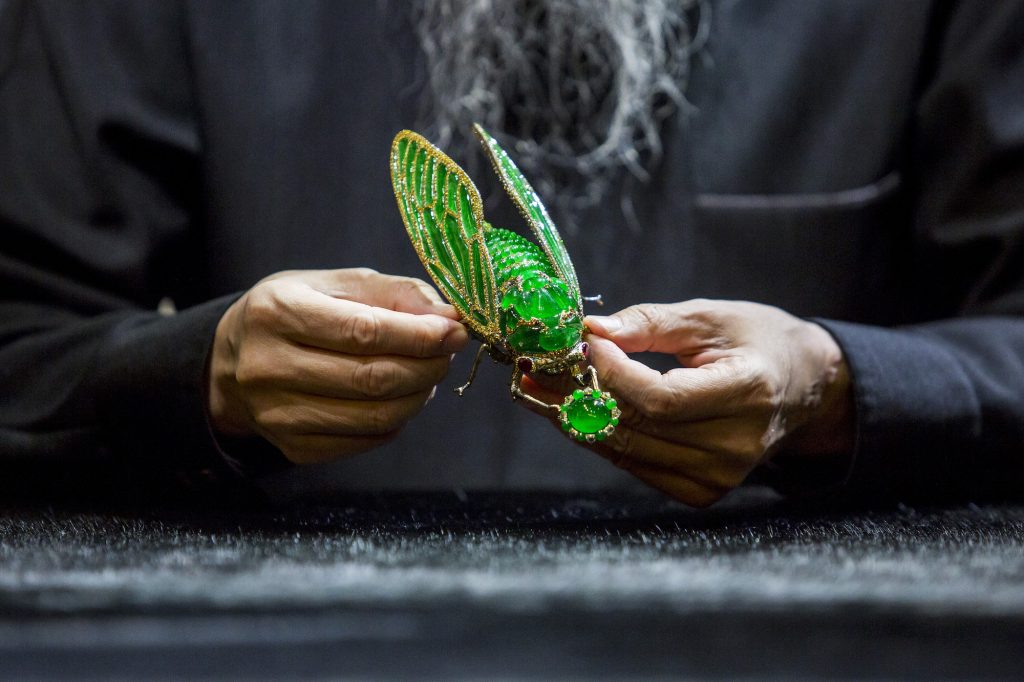 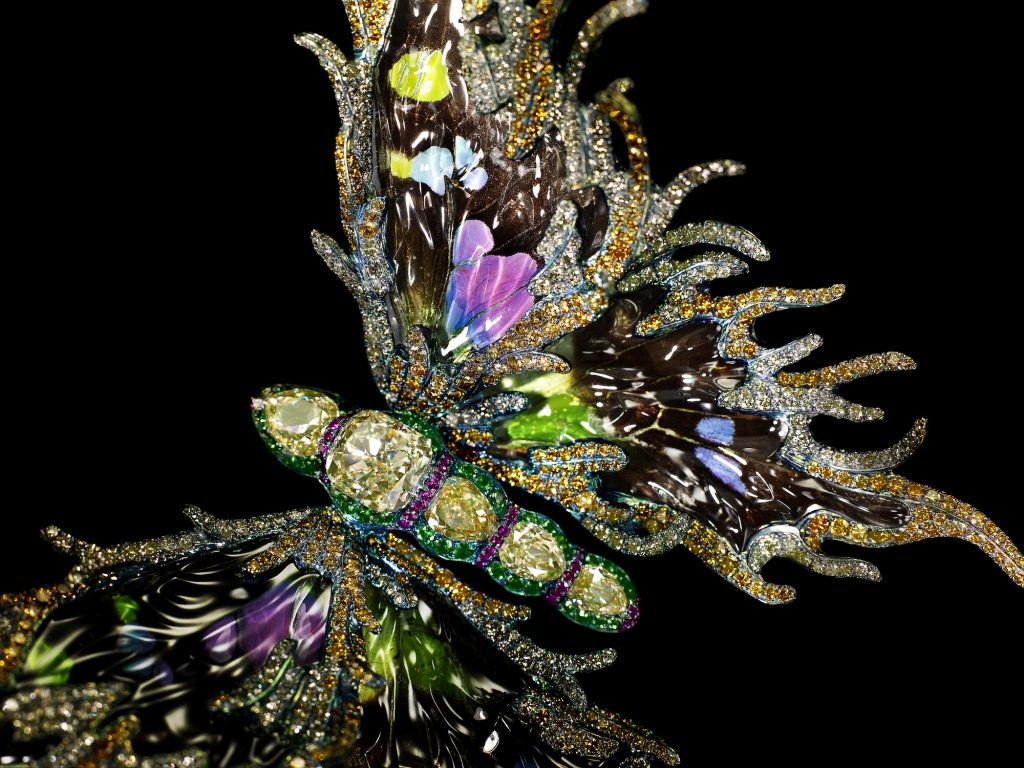 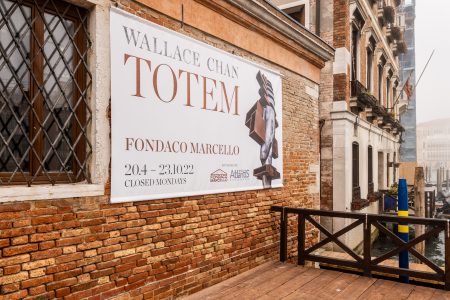 TLmag spoke to artist and jewellery designer, Wallace Chan, ahead of his new exhibition, TOTEM, which opened in Venice on April 20th. 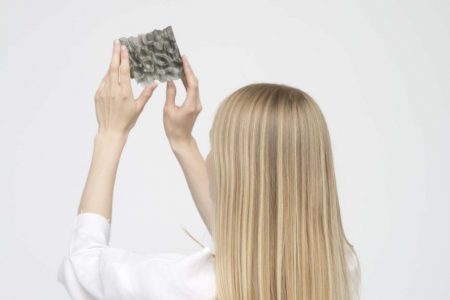