TLmag 29 Extended: Afriques / Africas
Special Guests
Hugely prolific multidisciplinary artist Wangechi Mutu came first to the UK as a teenager from Nairobi, before moving to the US where she studied art at Parsons and Cooper Union and completed an MFA in sculpture at Yale. Now working between New York and her home city – Mutu – known for her fantastical...
Scroll right to read more ›
Text by Ananda Pellerin

Hugely prolific multidisciplinary artist Wangechi Mutu came first to the UK as a teenager from Nairobi, before moving to the US where she studied art at Parsons and Cooper Union and completed an MFA in sculpture at Yale. Now working between New York and her home city – Mutu – known for her fantastical drawings, collages, sculptures, installations, performances and film work, regularly returns to themes related to the female body, communication, migration and the human experience.

TLmag: You work primarily in figuration. What drew you to this mode of expression?
Wangechi Mutu: From the minute I started I’ve always drawn figures. It has to do with announcing myself in the work and proclaiming the female body as a thing that needs to be looked at further. I often pull out of the figure things that are not necessarily beautiful or acceptable. This is partly to ask what these parameters are about: what does beauty mean? What is a normal body, a diseased body? How does it feel from the inside out?

TLmag: How has leaving your place of birth and living in different countries influenced your perspective?
WM: The main reason I wanted to spend my life pursuing art as a means of communication, was because I left my home. That very personal exodus convinced me I needed to keep moving in order to understand more and to make more. Migration and movement and art have a partnership in my brain; they’re essentially wrapped around each other like some kind of strange DNA. My way of migrating through the world is my way of making art through the world, and this notion of dispersion is part of human evolution. We’ve always left: we left where we came from originally and as we left, we grew and changed and discovered things and lost some things.

TLmag: Can you identify shows or works that were turning points for you?
WM: It’s been a slow progression for the most part. I’m continuously working, and mostly I’m doing a lot of experimenting; learning how to make things that I’ve done for years. I keep trying to uncover new ways to understand the questions that I want to unearth. I tend to switch up my approach when I have a shift in context. I react quite sensitively to different landscapes, and these are times when I often do video work. I made Amazing Grace when I was doing my exhibition at Pérez Art Museum Miami Art. I filmed in the ocean and thought about the idea of migration; transformation and the rituals that allow us to go from one state of being to another. I also made a video when I was doing my residency at Artpace, San Antonio. The landscape spoke to me very differently.

TLmag: You’ve written about misogyny in the art world – and how you act to consciously avoid it. Have you seen much change since you started out?
WM: Some things have changed, some things have not. There are definitely more artists being educated who are from different backgrounds. When I started school we talked a lot about problems of diversity and lack of representation and the types of histories we were studying, and even though these are still issues, they’re not being ignored. They’re now recognised as actual institutional deficiencies.

TLmag: What about outside the academy, in the world of institutional funding?
WM: There are still so many inequities, but for me the solution lies in the work, and the efforts that the brilliant minds of the women and the diverse communities bring to these institutions. The institutions are not going to change for the sake of it. You can’t convince people with just the idea that something needs to change. The artwork is what is convincing. That’s where the miracle starts. People look and realise there isn’t much difference between us as humans. Art makes people see themselves. Sometimes, if you make an artwork or you write the right kind of song or you put a bit of literature together, it goes deeper than just the intellectual membrane; it goes into the place that makes us all very human. Art has a different role to play in changing things; it’s potent but it’s not necessarily obvious. 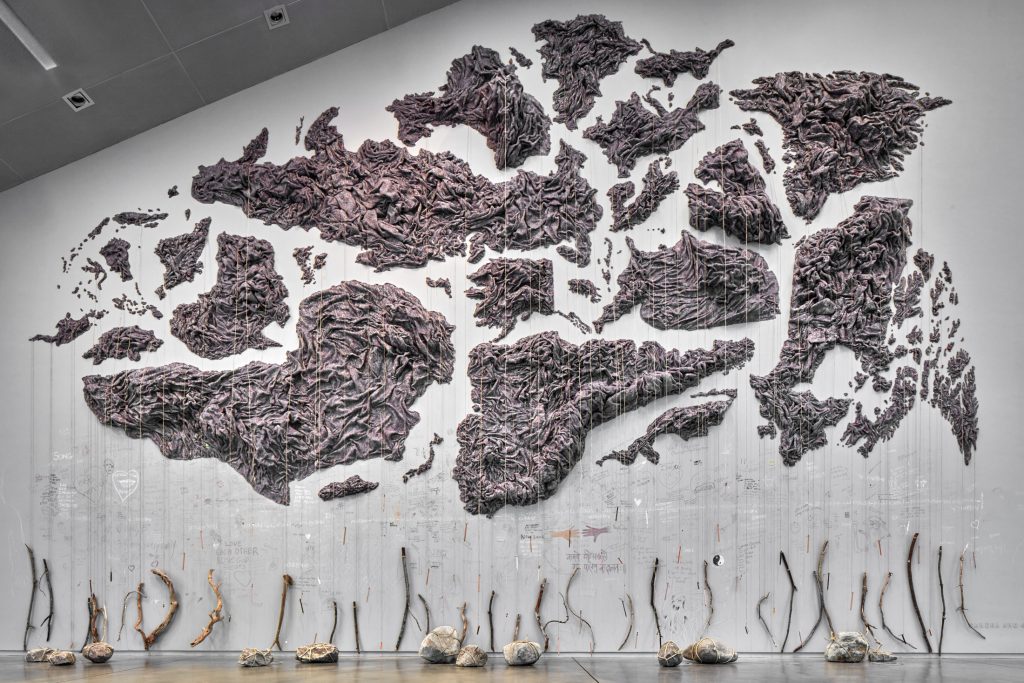 Wangechi Mutu, A Promise to communicate, 2018, Site Specific Installation at ICA Boston, courtesy of the artist and Gladstone Gallery New-York and Brussels 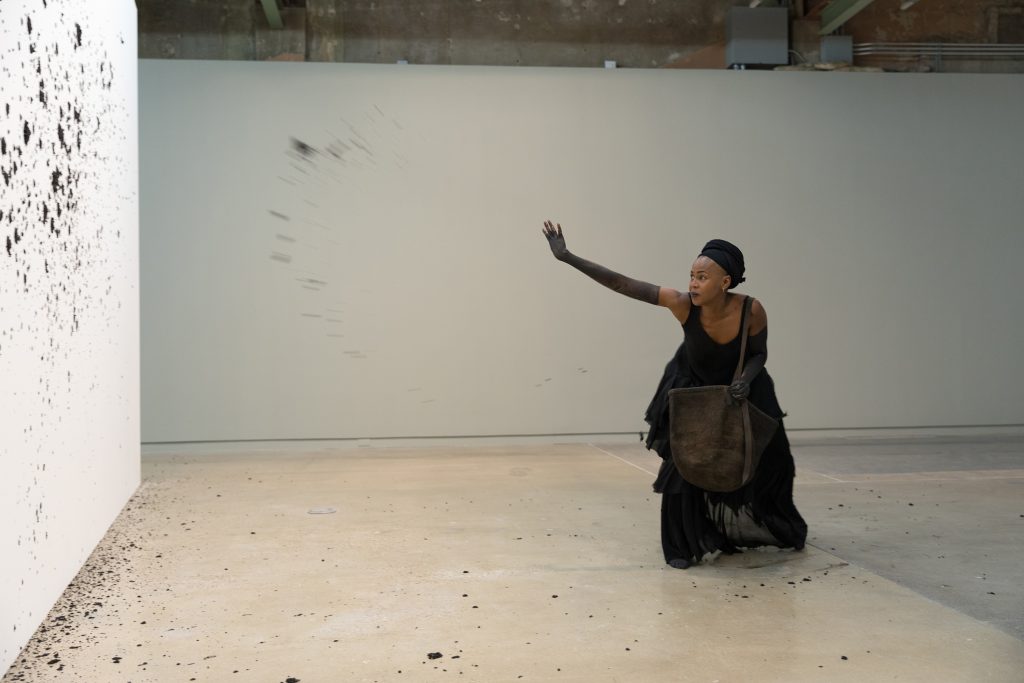 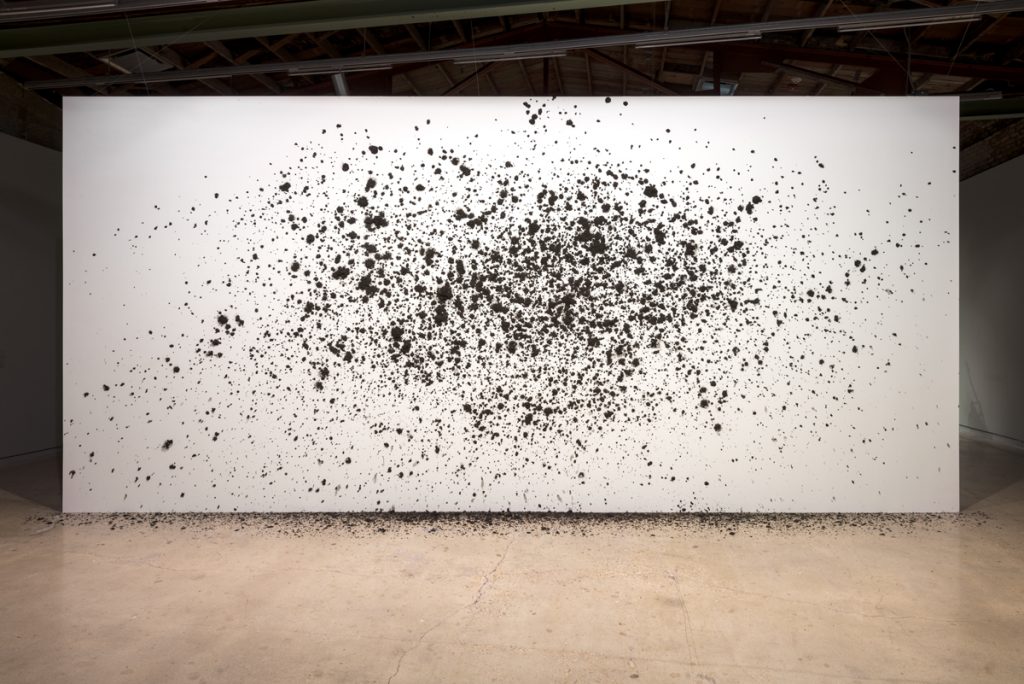 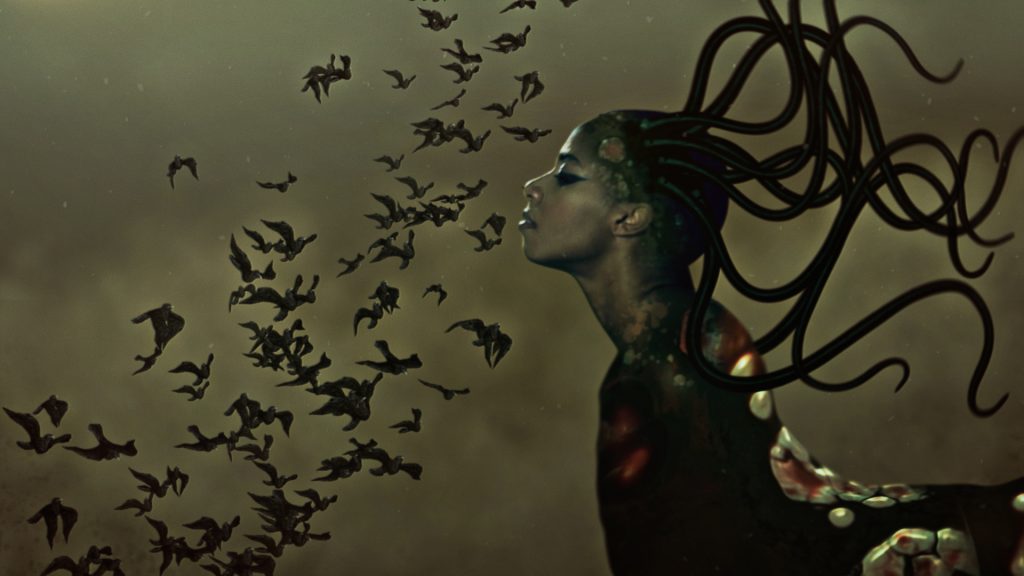 Wangechi Mutu, Selection of video stills of The End of eating Everything, 2013, Animated video (color, sound), 8 minutes, 10 seconds, Edition of 6 Courtesy of the Artist, Gladstone Gallery, New York and Brussels, and Victoria Miro, London, Commissioned by the Nasher Museum of Art at Duke University, Durham, NC. 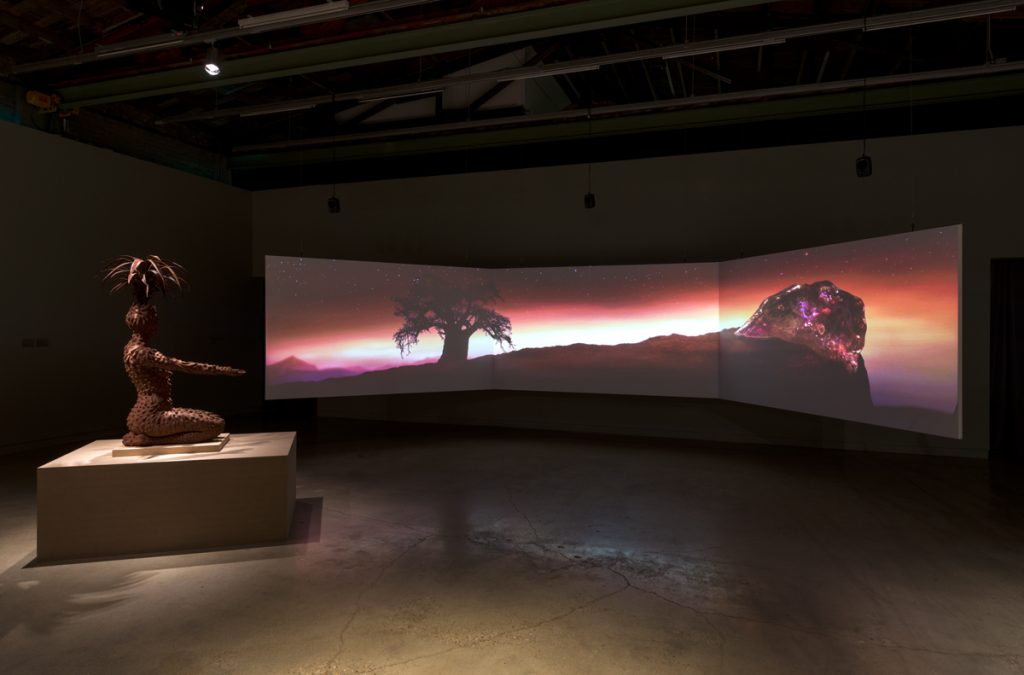 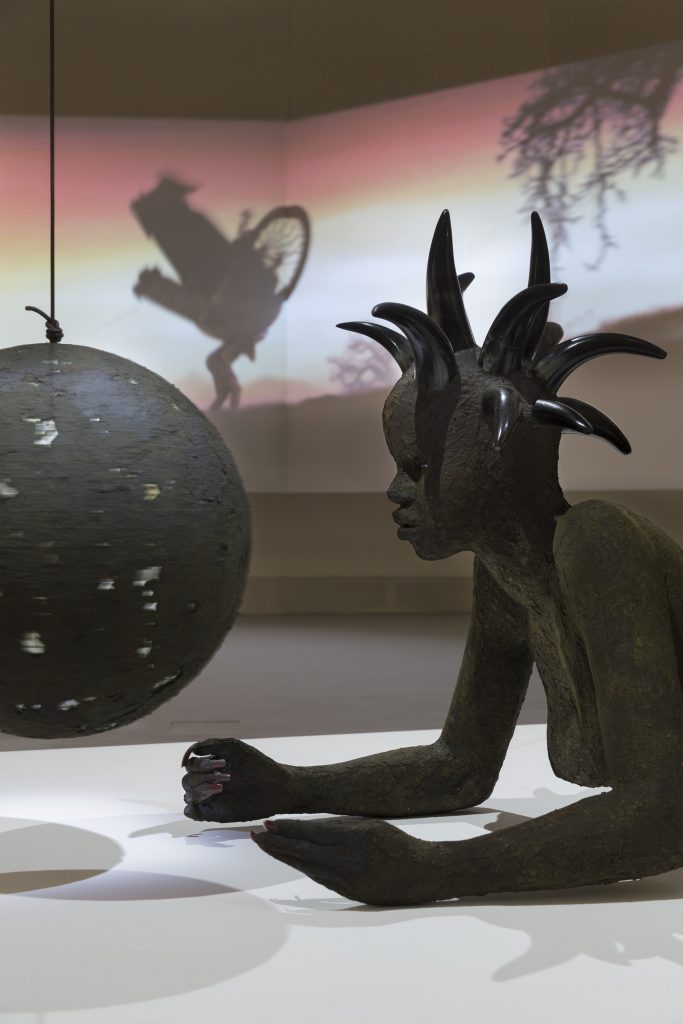 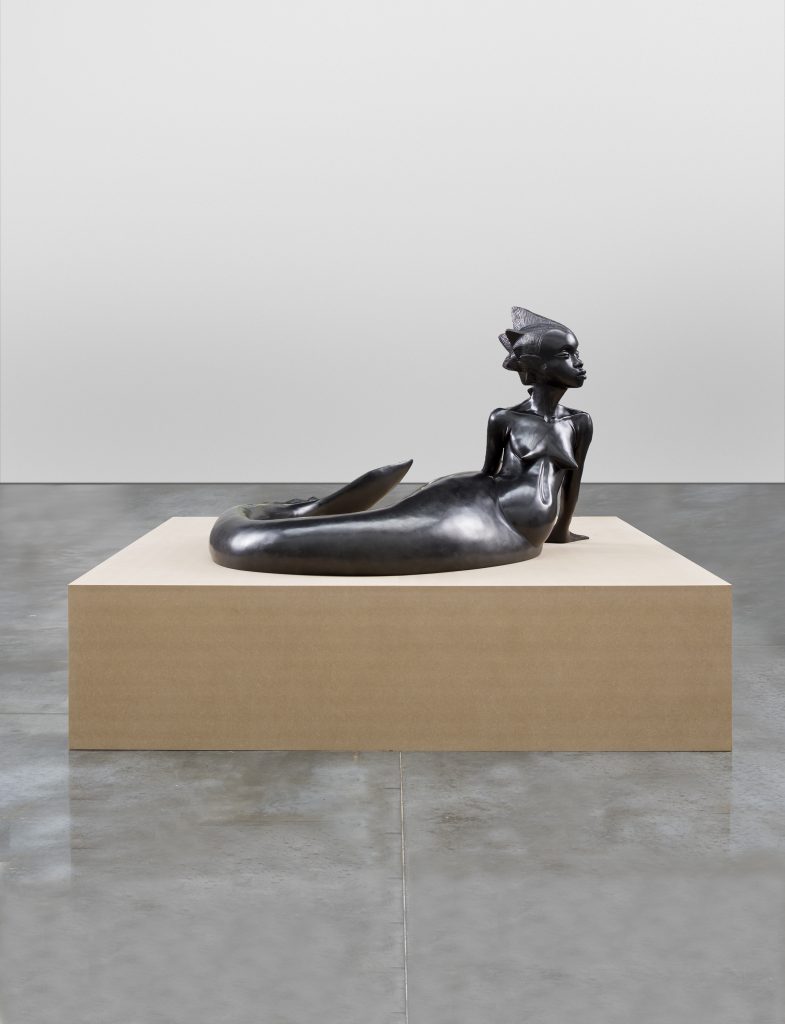