Xavier Hufkens is delighted to announce that his third gallery space will be inaugurated by artist Sterling Ruby as of June 18th with a new series of assemblages. The origins of these works can be traced back to the WIDW paintings that were first exhibited at the gallery in 2018.

Xavier Hufkens is delighted to announce that his third gallery space will be inaugurated by artist Sterling Ruby as of June 18th with a new series of assemblages. The origins of these works can be traced back to the WIDW paintings that were first exhibited at the gallery in 2018. Digging ever deeper into his on-going fascination with the formal equation of the window, the artist presents a powerful ensemble of three-dimensional constructions in which painterly and sculptural techniques converge.

Nothing is discarded in Ruby’s studio, meaning the artist has a vast, ever-expanding material archive at his disposal. This repository lies at the heart of his practice, both as source (of inspiration) and resource (the supplies with which he works). For this new series of assemblages, the artist turns his attention to wood, namely the heaps of offcuts, broken packing crates, damaged pallets, and splintered stretcher frames that accumulate in his workspace over time. Ruby also incorporates pieces of wood from his mother’s barn, which was disassembled after her death and shipped from New Freedom, Pennsylvania to Los Angeles in 2014. Most of these elements reveal the traces of a previous life: sawn edges, chips and dents, holes, areas of warping, crooked nails or CDX stamps (denoting the simplest and most robust type of plywood). From these unprepossessing and discarded materials, Ruby creates three-dimensional bricolages that probe the idea of a window, rendered in a rudimentary form: a cross-bar. While this concept was examined in two dimensions in the WIDW series, here Ruby approaches it through an exploration of depth and shadows. Colour — muted, visceral, and occasionally vivid — plays an equally important role and introduces a sensory aspect to the works. The brushstrokes are bold and expressive but at times sparse and denuded. This gives rise to a ‘rubbed’ effect that chimes with the patina of the wood but is visually ambiguous: what has been added and what has been subtracted? These hybrid constructions, which hover between painting and sculpture, bear witness to Ruby’s deep-rooted commitment to the physical act of making and freedom of expression in its purest form.

When viewed through the prism of time — past, present, and future — Sterling Ruby’s assemblages can be read in multiple ways. In a nostalgic sense, they are informed by the artist’s biography: wood is an evocative material associated with his childhood home in rural Pennsylvania, which lies near the heart of Amish country. Traditional skills, such as stitching, quilt-making and woodworking, were central to Ruby’s upbringing and still play an important role in his practice. Wood has particular resonance: Ruby spent a great deal of his youth surrounded by lumber, chopping firewood and learning carpentry skills. The influence of the artist’s mother, who was Dutch, can also be detected: she is synonymous with the aforementioned barn, which played an integral role in Ruby’s experience of growing up in an agrarian setting. On another level, the works also reference a long art-historical tradition that stretches from Picasso’s early wooden assemblages of 1912 to works by Arp, Schwitters and Tatlin or, in the American tradition, Rauschenberg, Johns, and Nevelson. Ruby’s steadfast commitment to the recycling and reprocessing of materials, on the other hand, can be seen as a logical response to contemporary concerns around waste and reuse; self-sufficient, uncompromising, and endlessly regenerative approach to making art. Finally, the window motif invokes the question of what lies beyond? Or are we looking inwards? As openings to other worlds, sources of light, structures that mediate between interior and exterior realms, and as metaphors for escape, hope, change, and the unknown, the window is an eloquent symbol that has spoken to the imagination since time immemorial. 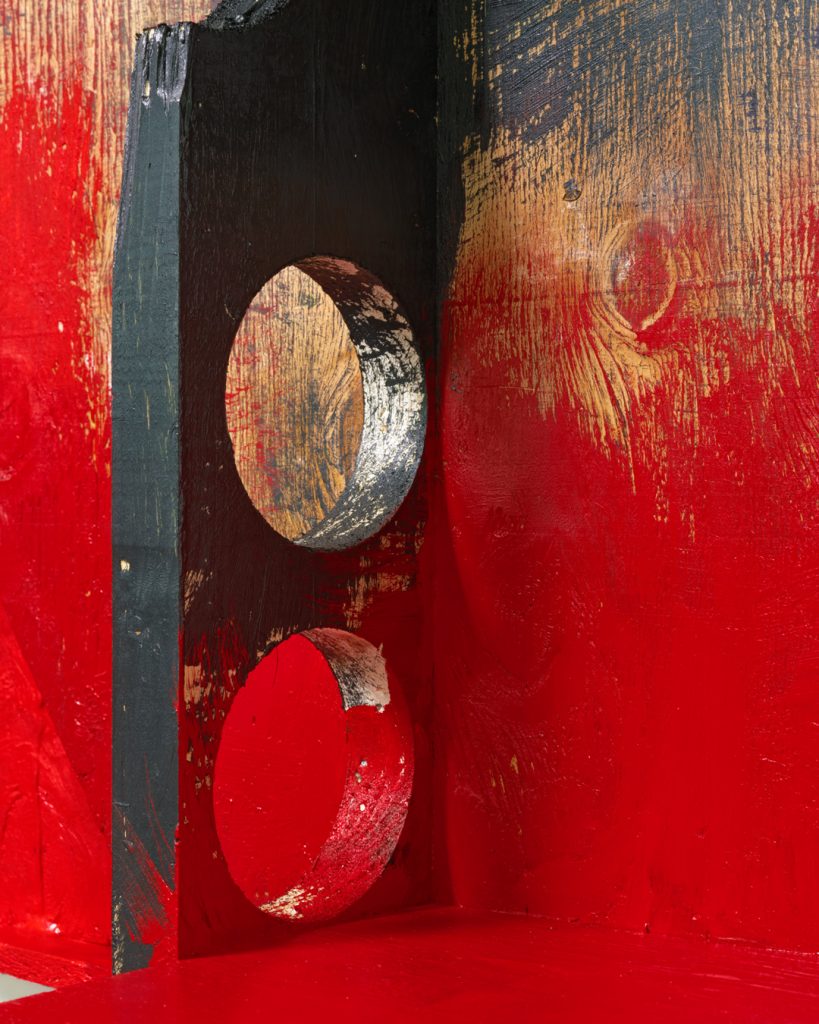 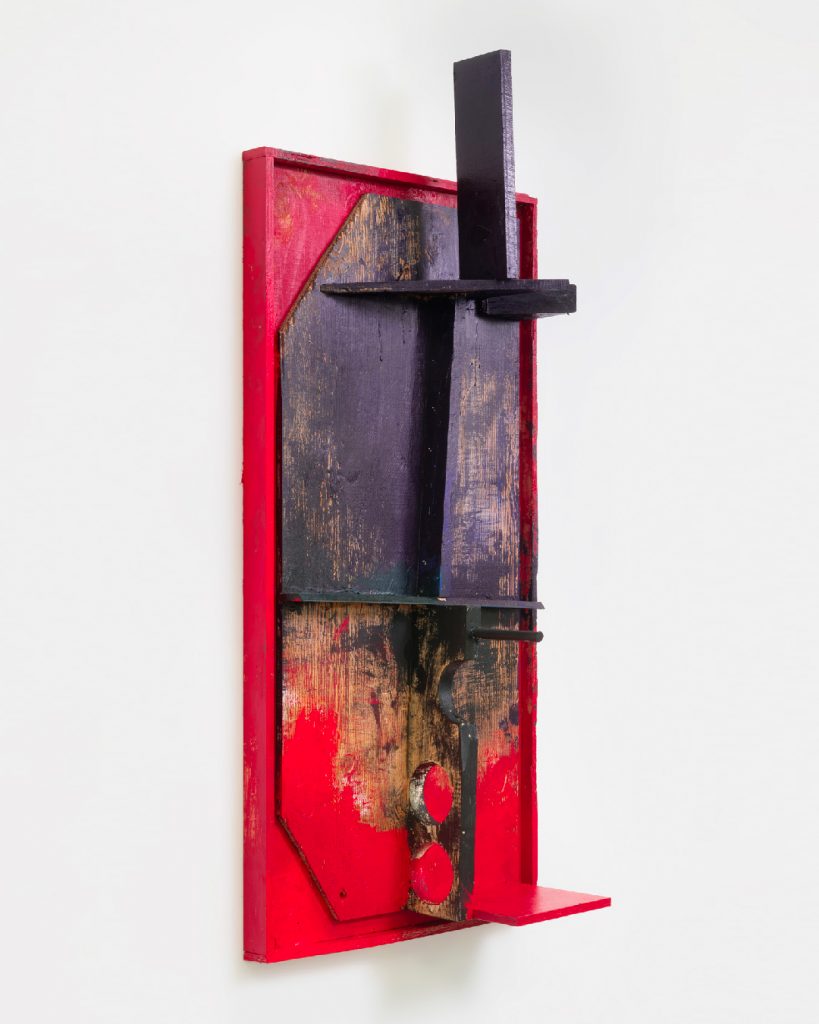 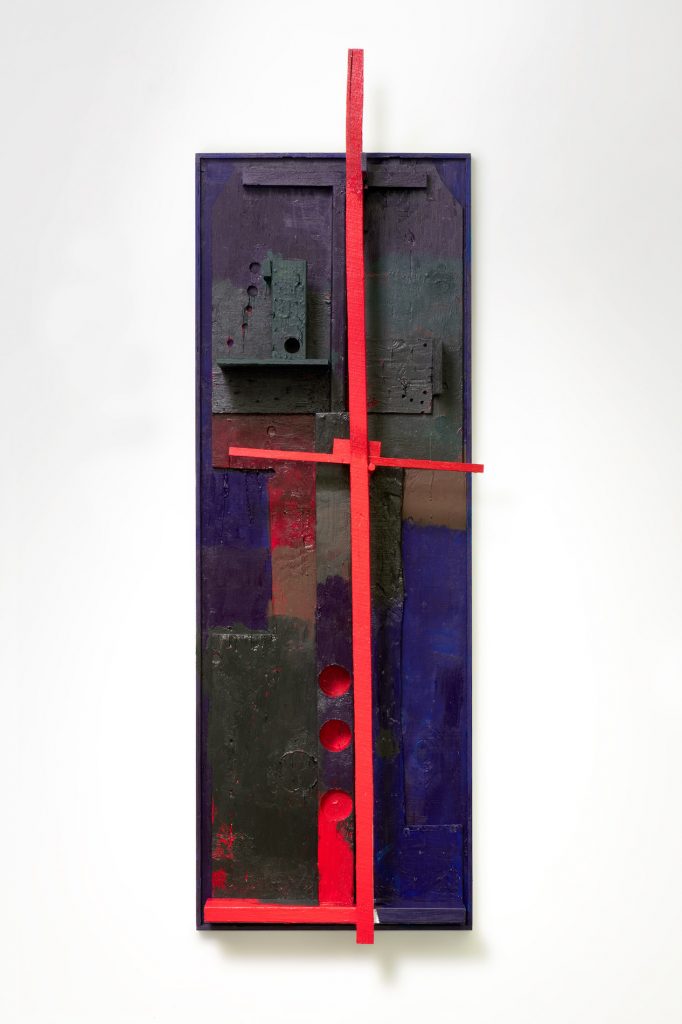 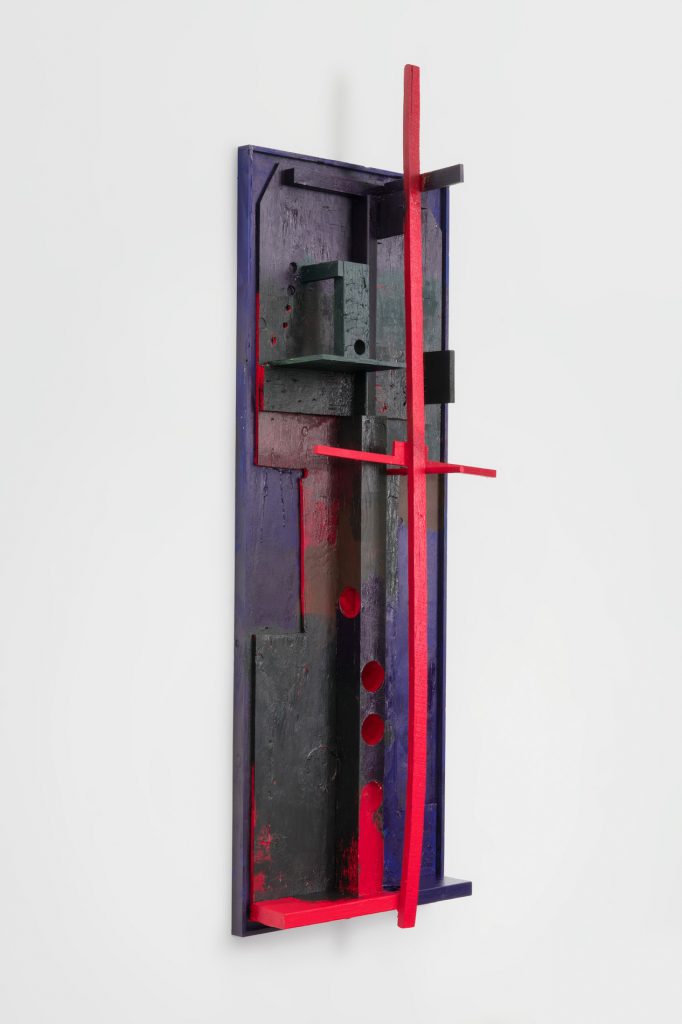 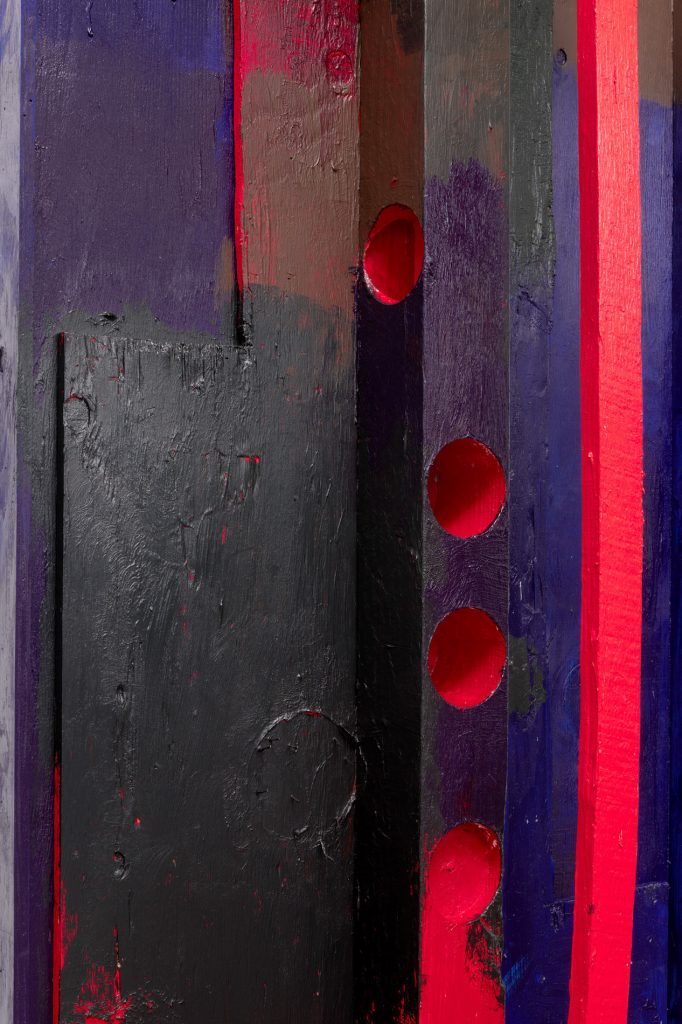