Part flower shop, part creative set design studio, and part concept store, the multidisciplinary ‘TABLEAU’ is a fitting staging-space for On Balance, a solo exhibition by Anne Brandhøj. Within the space, timber forms line the walls and stand upon draped plinths. Curated by Henriette Noermark, the exhibition presents more than 70 unique compositions of wooden elements balanced freely to form pedestals and shelves.

Since her graduation from The Royal Danish Academy in 2017, Anne Brandhøj has worked at the intersection between functional objects and abstract sculptures. With symmetry and  geometric forms as a recurring motif, she is constantly challenged and inspired to express herself in a non-figurative way.

Challenging the notion of the inherent function of the shelf and pedestal as a means of support for other objects, On Balance dwells on the interplay between the structural and the sculptural: what is usually regarded as simply functional instead becomes aesthetic. Without other objects to support, the pedestal and the shelf are rendered as individual, ornamental forms in and of themselves. These seemingly domestic systems of display are symmetrical and raw, drawn from various types of timber. In them, Douglas fir and ash, oak and cherry wood meet curved and rounded forms.

On Balance both highlights and demonstrates the intrinsic beauty in materials that would otherwise be discarded. Each of these surfaces and edges are constructed from leftover wood and offcuts displaying knots, medullary rays, cracks, and pitch pockets – features that would ordinarily be burned away, rather than given a place within an exhibition. Brandhøj does not shy away from seemingly imperfect materials. She is instead interested in the encounter between elements where cohesion and contrasts emerge, analysing and combining material and form. With an eye for potential and possibility, Brandhøj’s work also comments upon the importance of reducing unnecessary residual waste within consumerist society, instead transforming it into objects with high aesthetic value.

This mindfulness of waste is extended towards visitors of the exhibition. Inspired by the works of Bulgarian-American artist Christo (1935-2020), who was known for wrapping iconic buildings in textile, each piece is wrapped in fabric and bound with twine upon purchase. By shrouding the objects and removing perception of their practical function, they gain a new identity; a novel decorative expression, and an element of temporality. To further emphasise the secondary nature of functionality within the exhibition, some of the pieces are wrapped in advance, standing as mere outlines.

Like a bouquet of flowers or a gift, these shrouded forms offer a tactile reimagining of the potential of a simple material. Rounded and smooth, Brandhøj’s compositions rest at ease within the space. They are balanced objects made to last, a multitude of forms made new.

On Balance will be on display at TABLEAU until February 27th, 2021.

All images by Michael Rygaard. Exhibition thanks to the Danish Arts Foundation and The Danish Art Workshops. 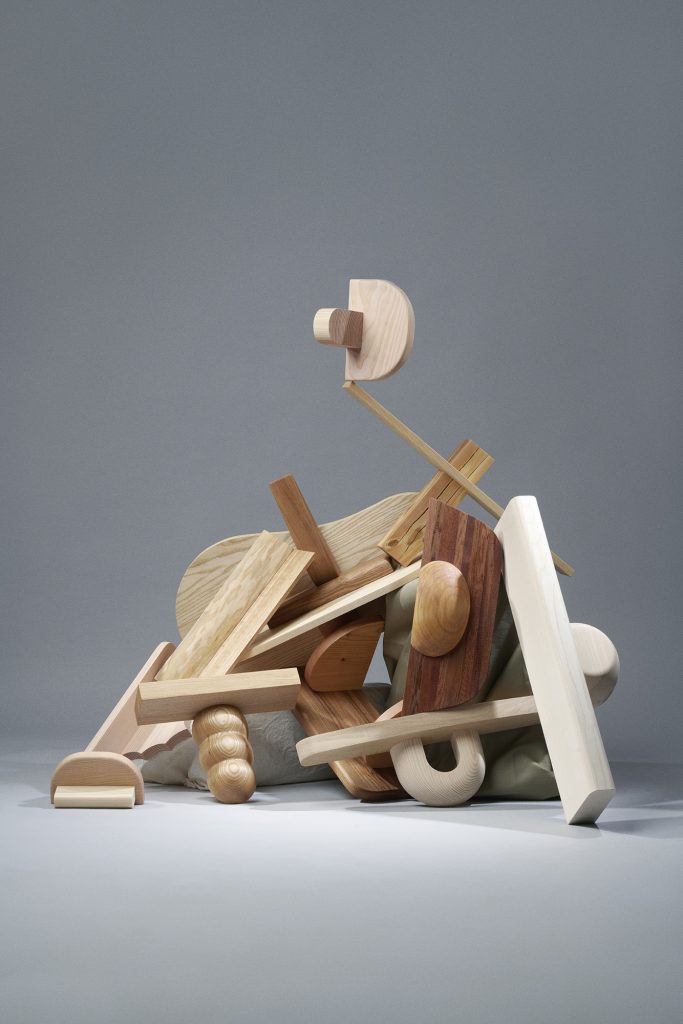 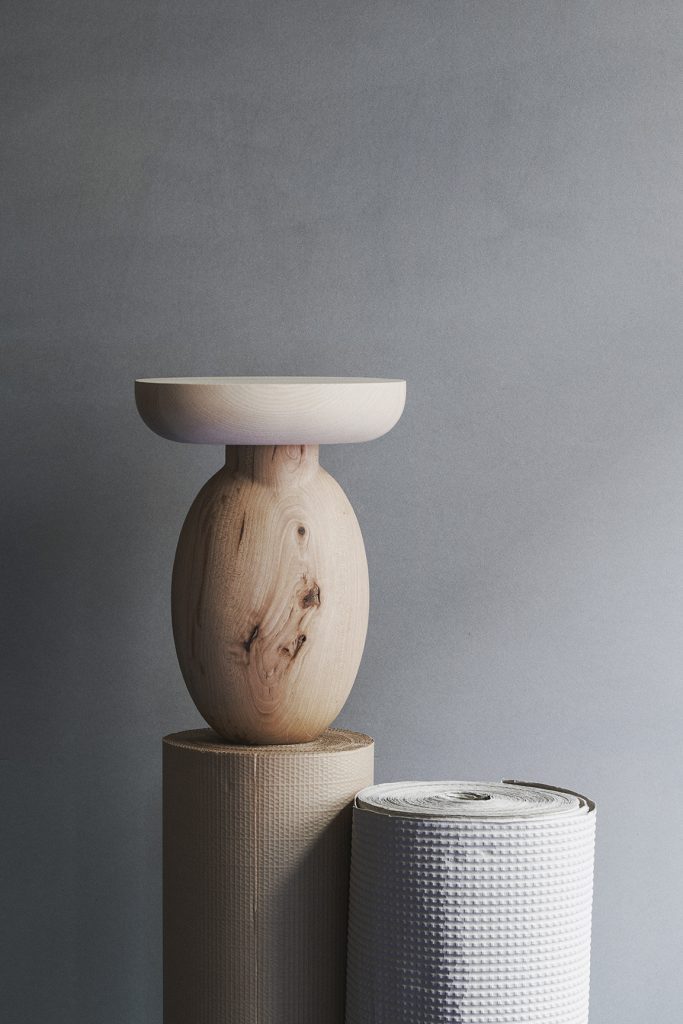 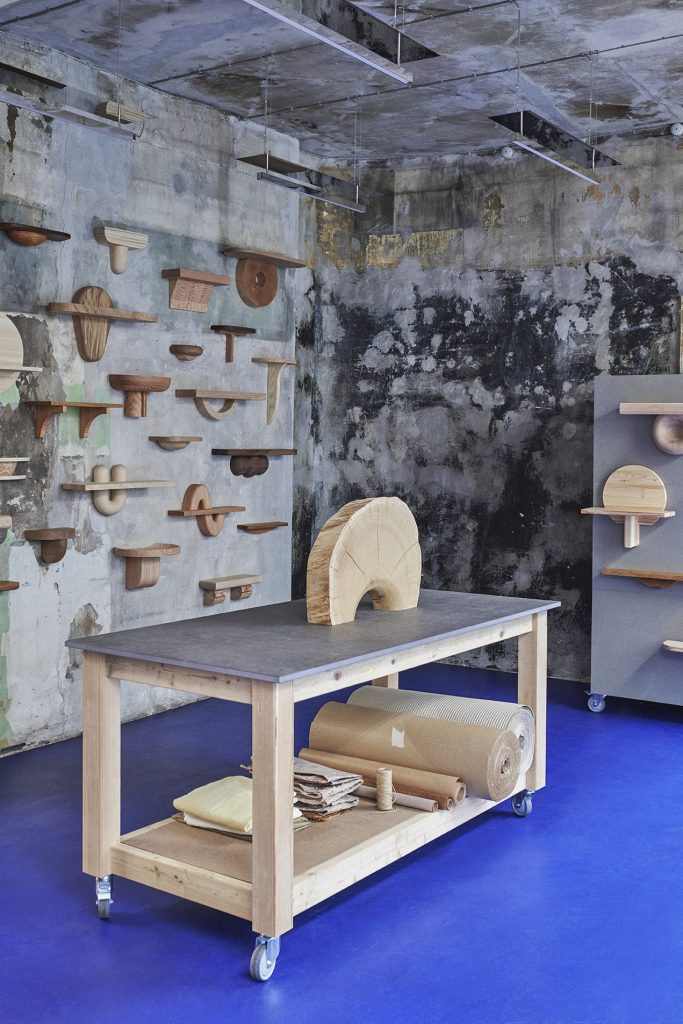 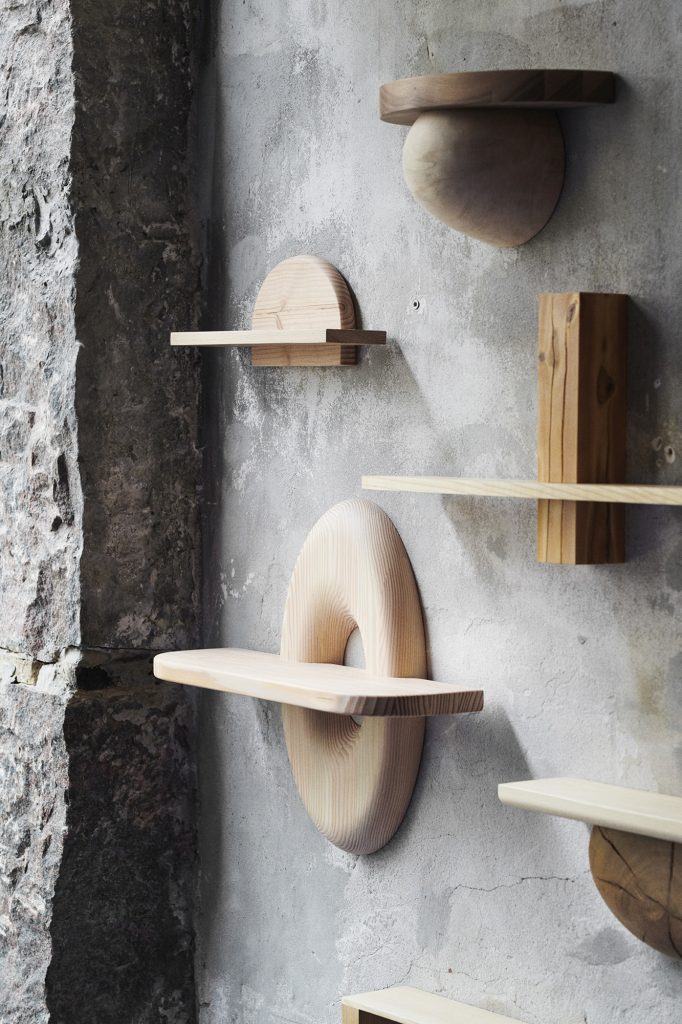 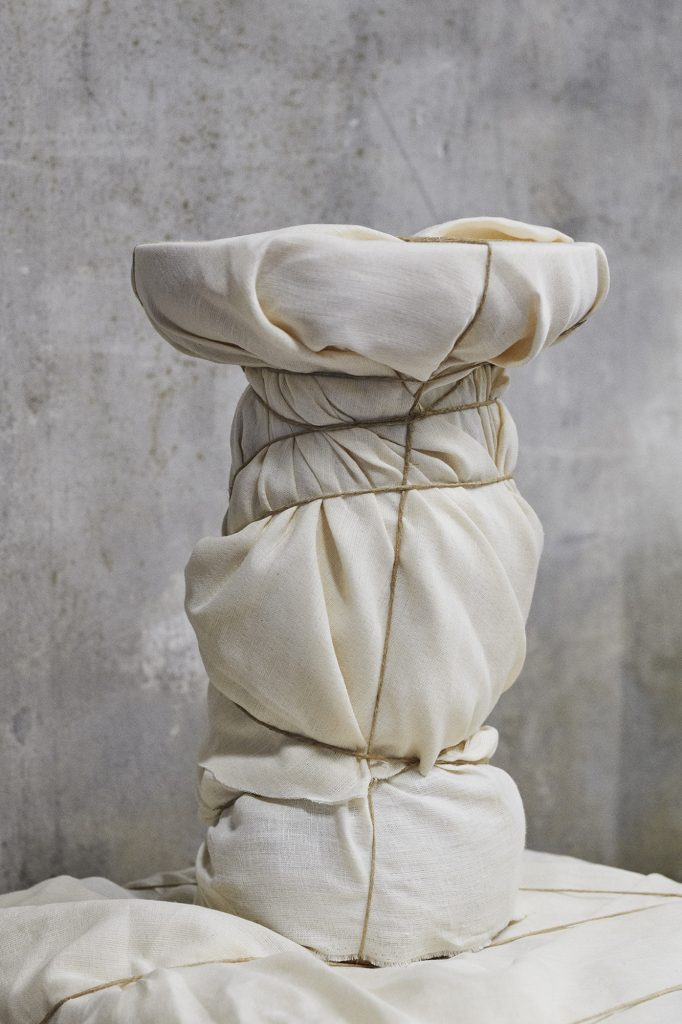