Harold Mollet advised Pascal Rambert on furniture choices for his recent play Architecture, which challenges the borders of and overlap between disciplines.

This year’s Festival d’Avignon opened in Cour d’Honneur du Palais des Papes with Pascal Rambert’s new play Architecture. The play was written especially for 9 actors gathered on stage and its setting in the largest Gothic construction of the Middle Age. This location always had deep meaning to the Catholic religion, the military and now -every summer- for theatre. All of this is embodied in Architecture which is a play that challenges the border of, and overlap between many disciplines such as theatre, architecture and fine arts. TLmagazine speaks to Harold Mollet, who fulfilled the role of Furniture Advisor of the show in question.

TLmag: Architecture is a play that does not only go into the meaning and presence of architecture, but also explores the role of furniture in society. Could you elaborate on how your journey started?

Harold Mollet: I started working with Pascal Rambert at the very beginning of the writing process. He explained to me its structure: the specificity of every character, their roles, their interactions. He described his inspiration which he found in Eastern Europe and what he had in mind.

From a simple sketch which showed the delimiting of spaces he wanted, I proposed a set of five ‘islands of activity’. These were distinguished in two styles he wanted to put forward which were Biedermeier and Bauhaus. Then I went looking for the suggested pieces across Europe to arrive at the current scenography, which is practically the same as the first suggestion.

TLmag: How would you describe the final outcome of your work and what story is the furniture narrating?

HM: The two styles chosen for this scenography are insignificant. Biedermeier is a style described as petty-bourgeois, but tends to be re-studied by historians and given pride for its founding role in the appearance of ‘modern design’.

Appearing in reaction to the Napoleonic style, the Biedermeier focuses on the living space of the family, this style also appears in the ‘living room’ currently. The Bauhaus, born as a protest reaction, is celebrated this year the centenary of its founding. It also proposes an important paradigm shift in the way of living space and designing furniture. All this is closely linked to the ‘great and small’ stories: styles appear in a historical context but are perpetuated by their use in families.

The heterogeneous furniture gathered in a family house tells the story of this family as well as a family tree or a biography. I think that’s what the Architecture furniture tells us: the passage of time, the changes of the era, but for those who have a good eye or who are interested in the history of these styles a certain continuity also. All forms respond to each other and understand each other in light of the past.

TLmag: How would you describe the role of furniture in Architecture?

HM: At the beginning of the rehearsals, I had the chance to present the furniture to all the actors so that they immerse themselves in this story, and that they place themselves as if they were home. In this sense, the furniture became the tenth actor of Architecture. Just as the choice of words, which are very important in the work of Pascal Rambert. I think that the choice of objects around us are of the same importance and can say a lot about a personality. 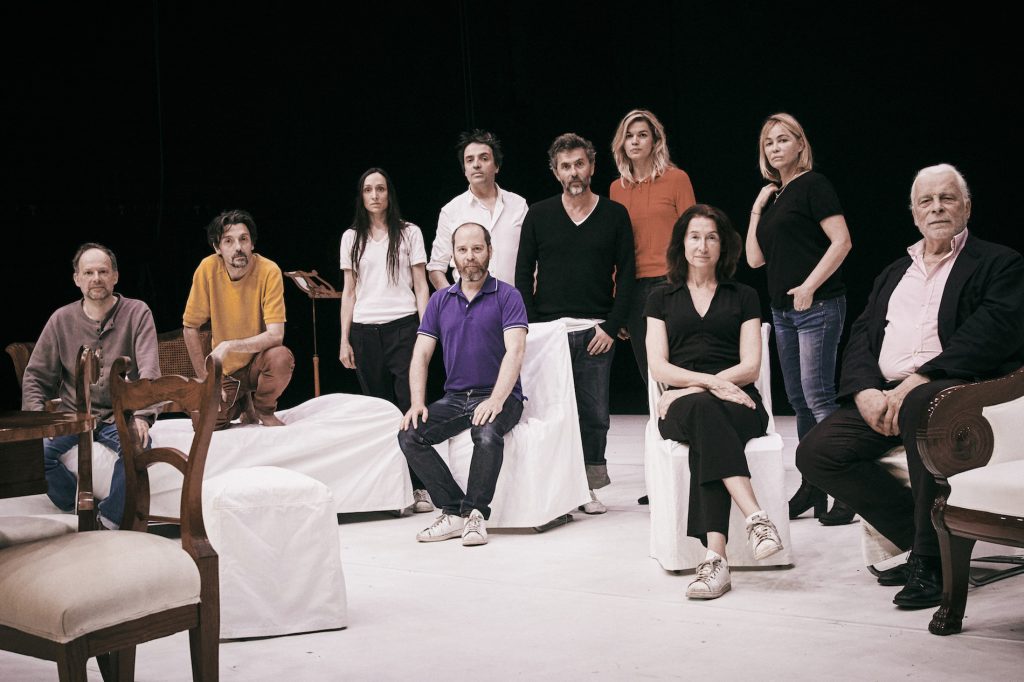 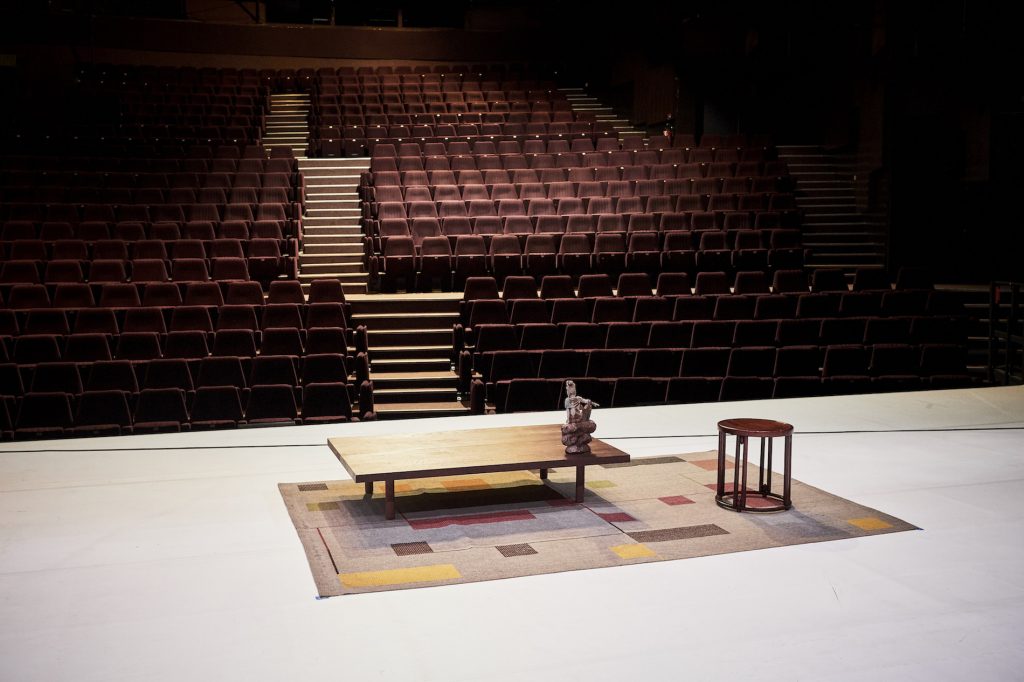 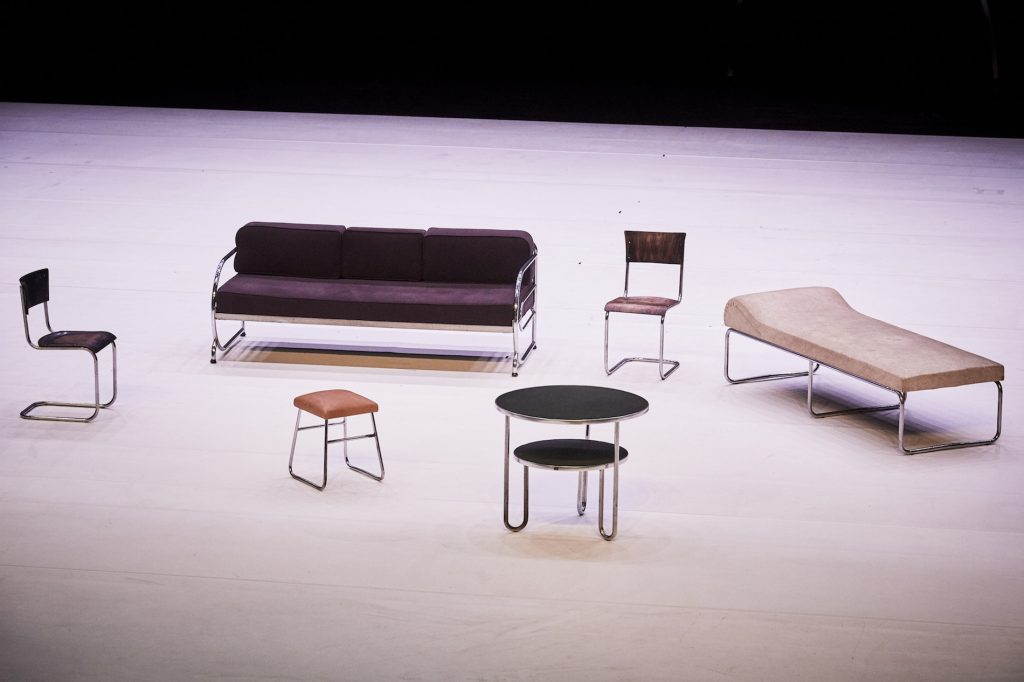 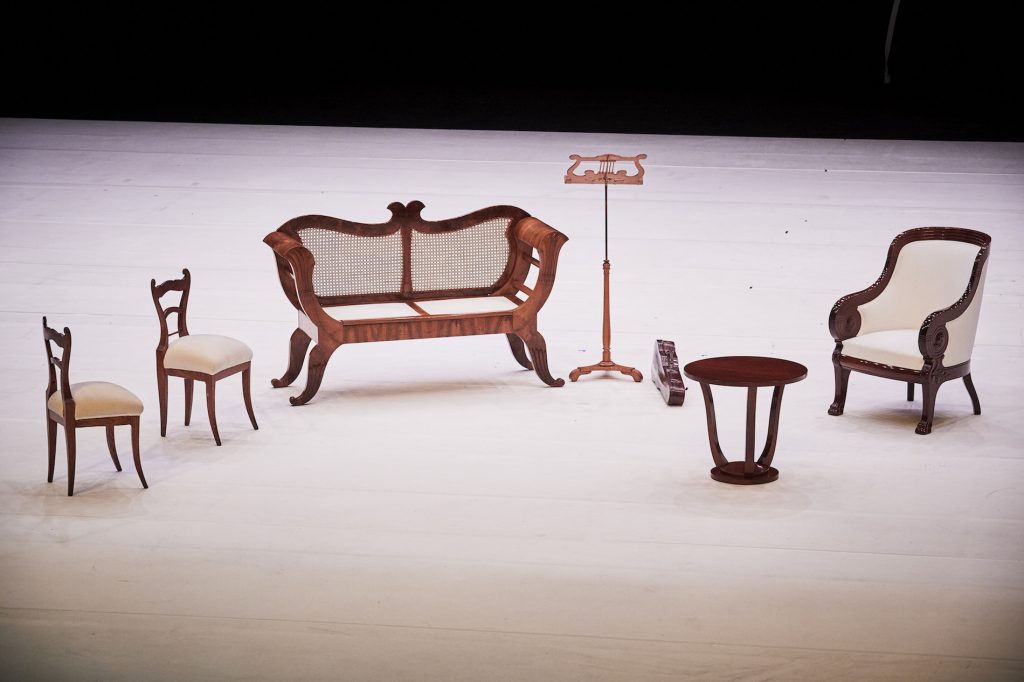 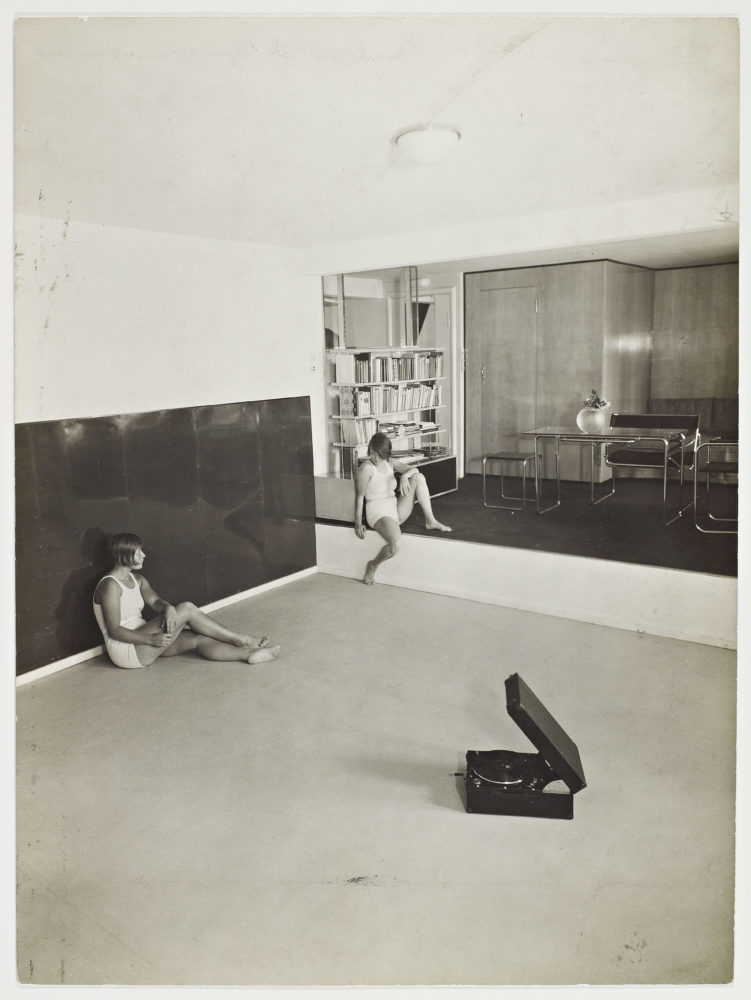