BCXSY at the Spazio Rossana Orlandi

The duo presented three projects at the Milanese design stalwart: an LED light fixture with Atelier Robotiq, the Microcosmos wallpaper and a collection of bottle openers

Netherlands-based duo BCXSY —that is, Boaz Cohen x Sayaka Yamamoto— showcased three of their most recent projects at the Spazio Rossana Orlandi in Milan.

The first was Out of Order, an LED light fixture built in collaboration with Rotterdam’s Atelier Robotiq. The horizontal lamp, held inside a cylinder made of yarn and bio-resin, was inspired by… well, daydreaming robots. “What would happen if flawless robot workers becomes less impeccable? What if they would grow tired of their daily routine, or become absent minded while daydreaming?” they asked. “[That’s why], at first glance the yarn pattern may appear to be perfectly ordered, but the warped lines are the result of various tweaks in the robot’s program, which challenge the grip of the yarn on the mandrel during the production process. The unpredictable interwoven patterns may give the impression that the robot has developed a mind of its own.”

The second project was a wallpaper design for Calico, titled Microcosmos. The print, which looks like dishwasher-liquid-in-water mix of lazy Sundays as a child, is somewhat inspired by that. “Our childhood encounters with the craft of bubble prints have been taken further to a whole new level, with handmade artwork that has been digitally painted and blown up to a scale which was so far impossible”, the duo said.

And the final one, called Biiru —that’s the Japanese word for barley’s liquid gift to mankind—, is a collection bottle openers carefully crafted by Nakajima Zogan. The tools use the ancient Japanese technique of inlaying: “golden and silver patterns are molded, inlayed on an iron base and baked with lacquer”, Cohen and Yamamoto explained. The objects, which mimic snow-topped mountains, wooden fan and origami cranes, are the result of a Kyoto-Amsterdam collaboration titled MUJUN —formerly known as Maker Kamer. 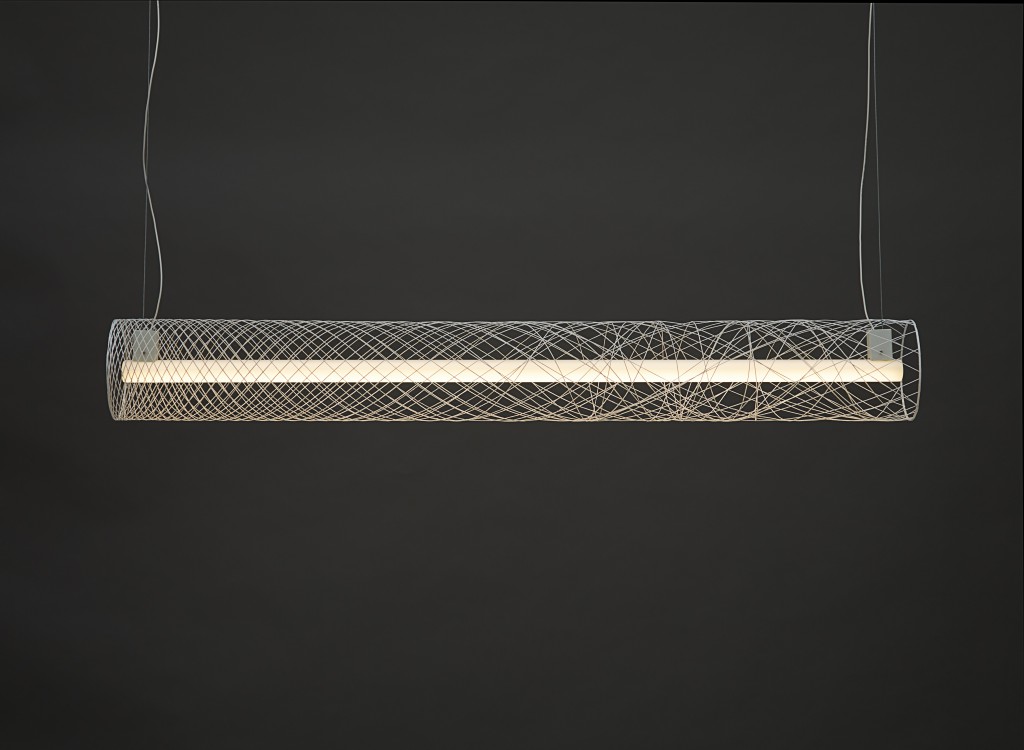 The Out of Order light fixture. Image by Marta Musial. 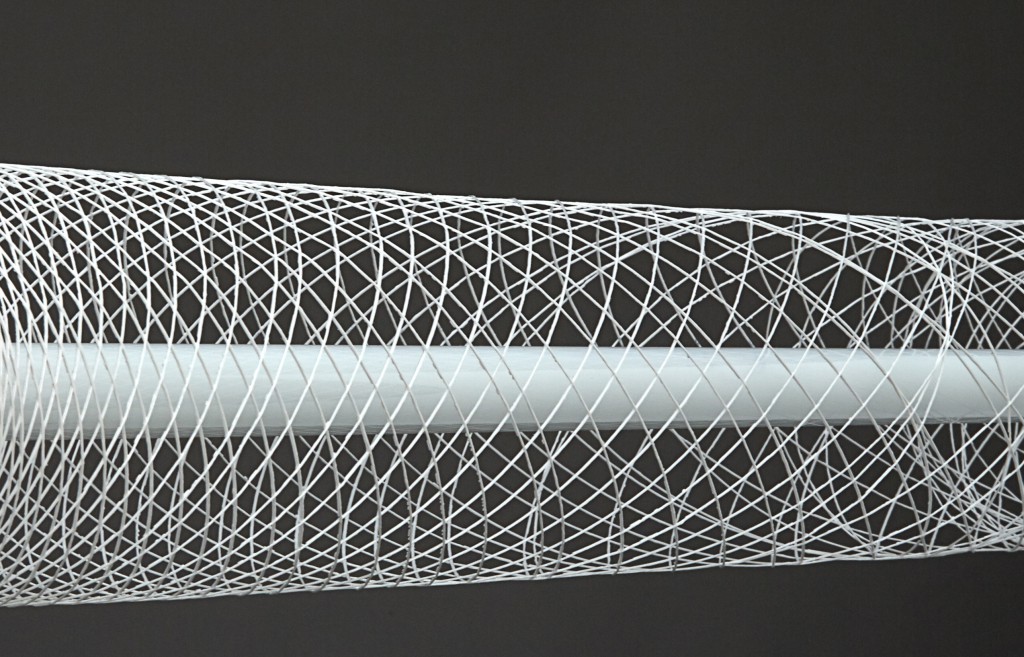 A closer look of the yarn pattern made by "bored robots" 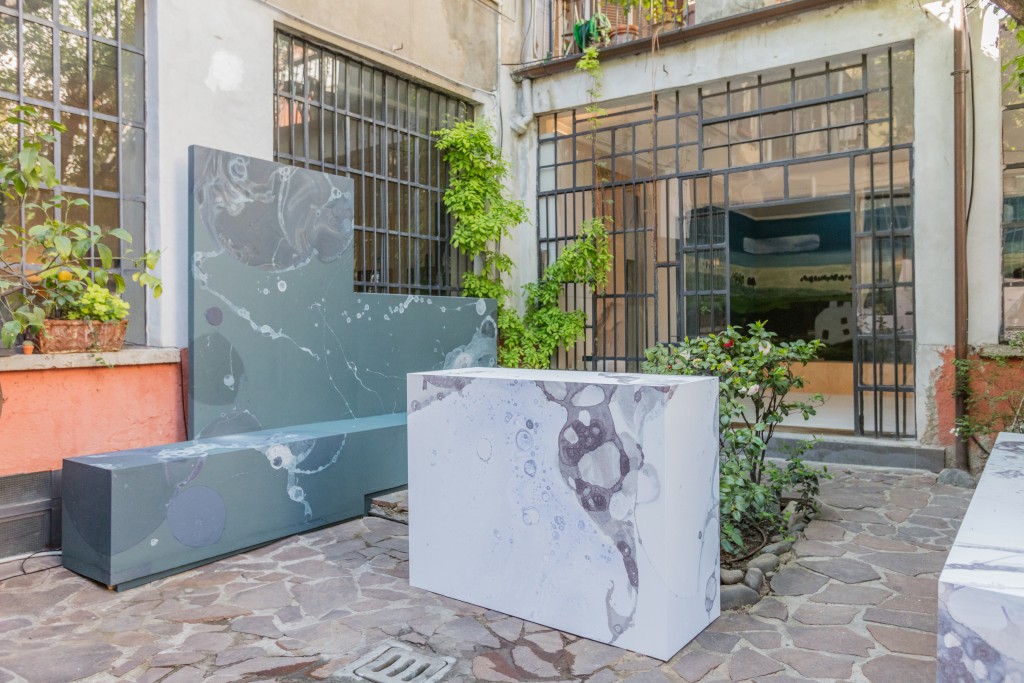 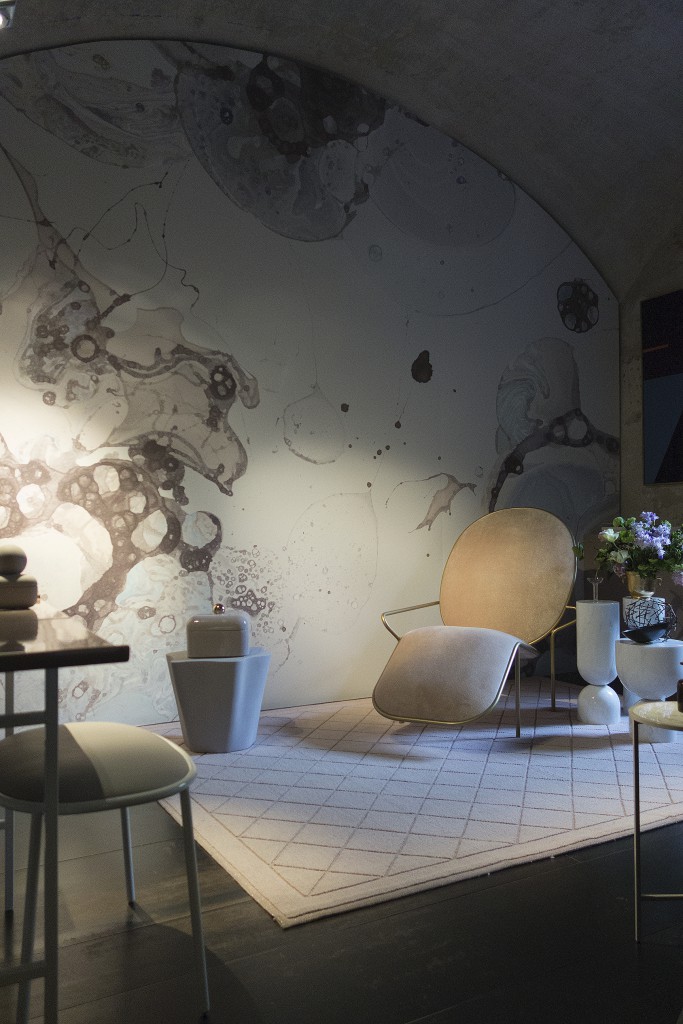 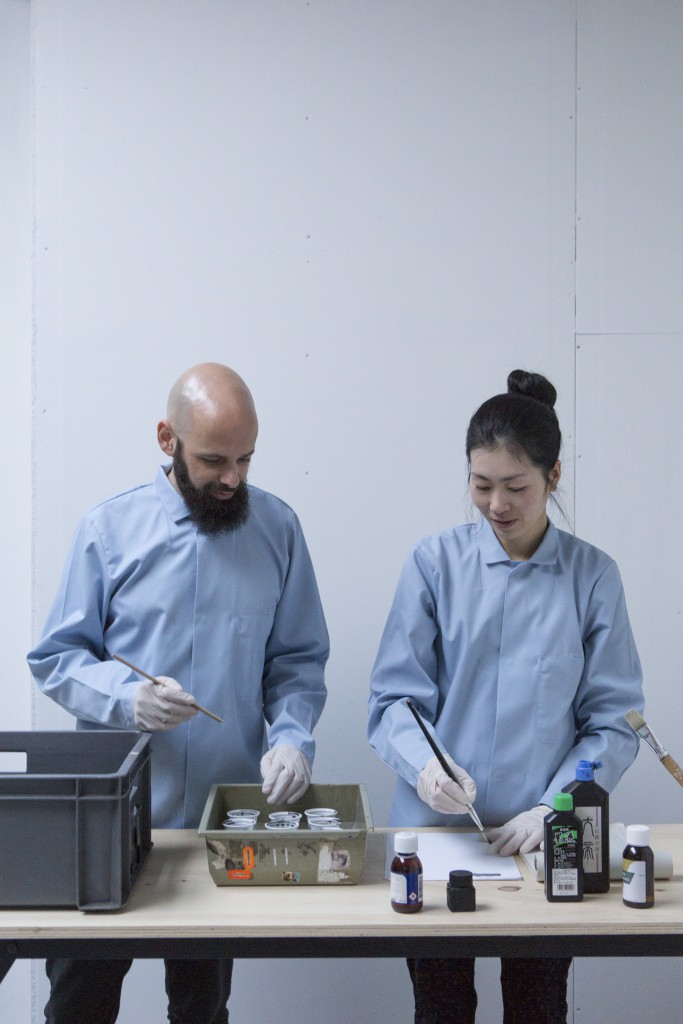 Boaz Cohen and Sayaka Yamamoto working on the handmade pattern for Microcosmos. Image by Floor Knaapen. 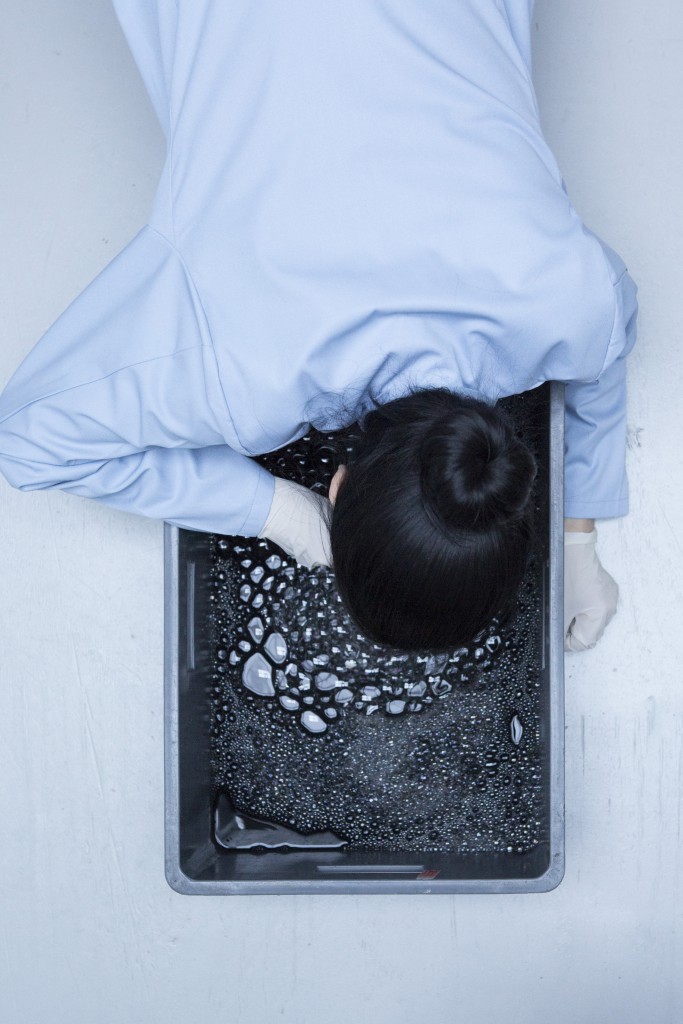 Yamamoto working on the handmade pattern for Microcosmos. Image by Floor Knaapen. 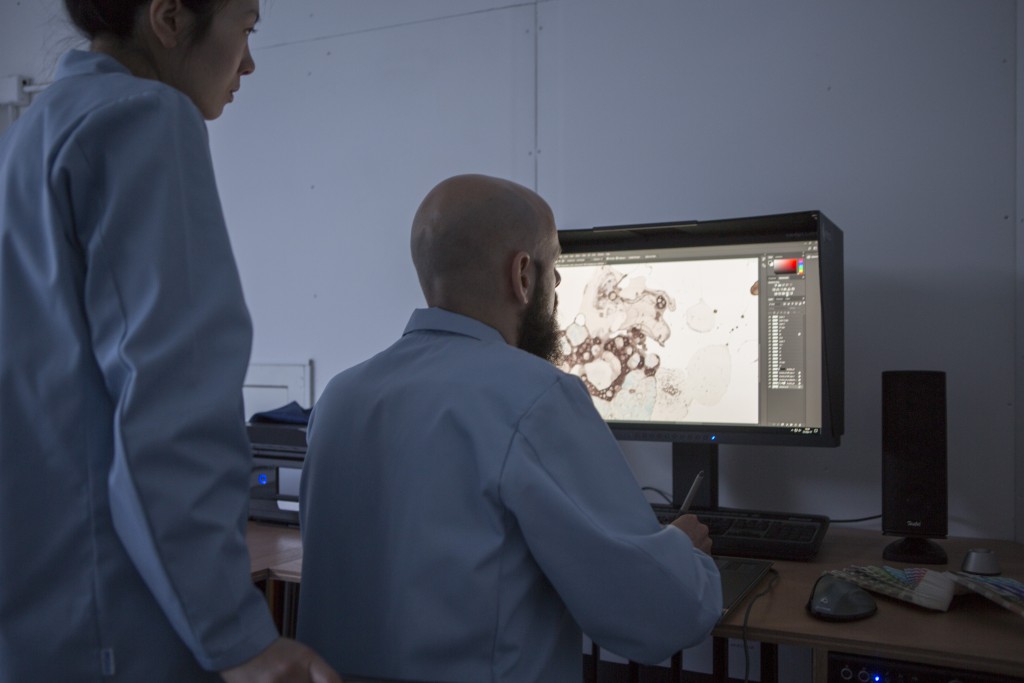 Cohen works on the digitalisation of the Microcosmos pattern. Image by Floor Knaapen. 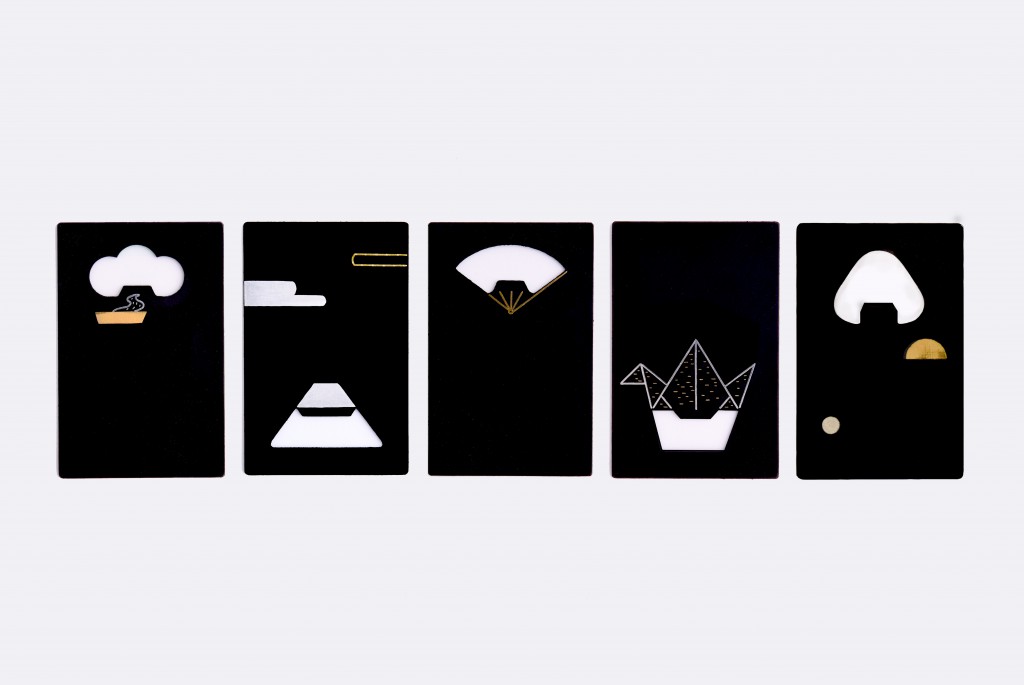 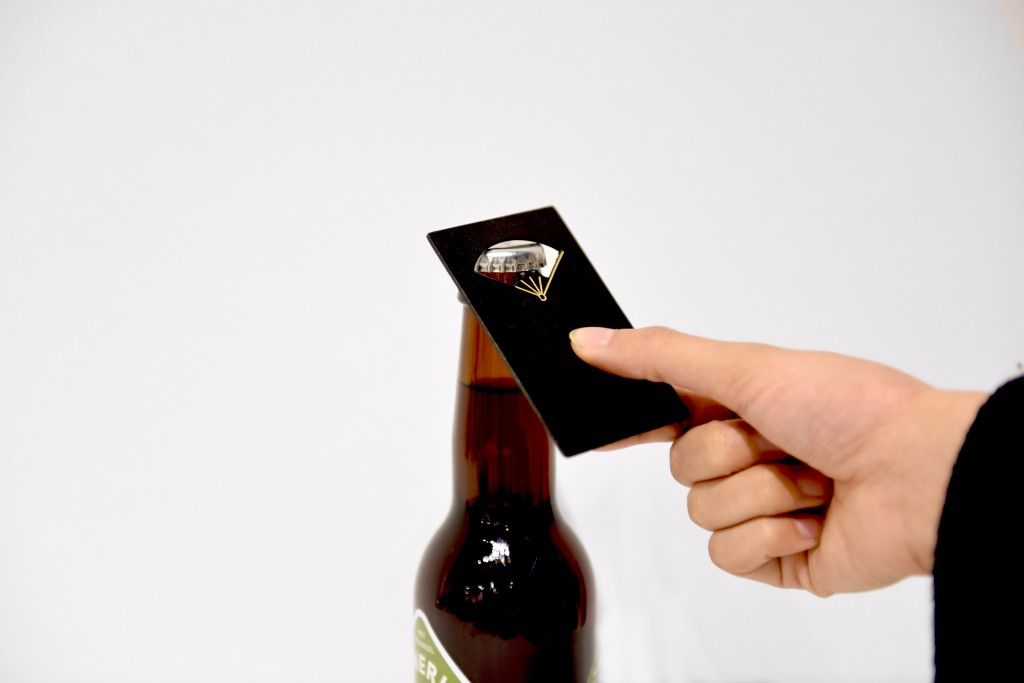 A Biiru bottle opener at work 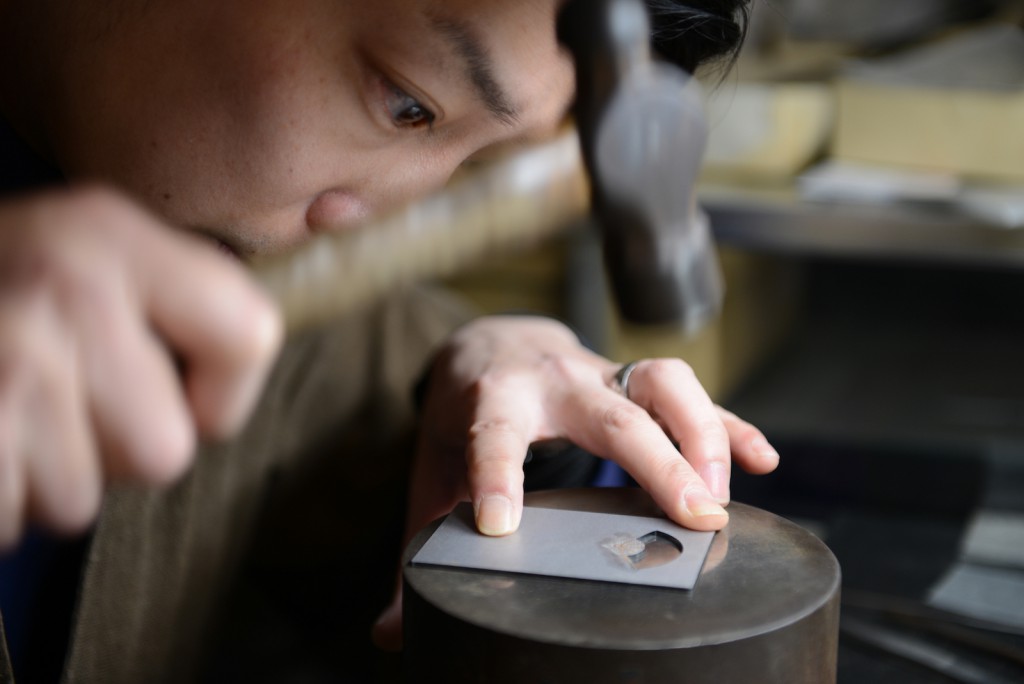 Working on a bottle opener at Nakajima Zogan