The Belgian Pavilion of the 56th Venice Biennale

Venice Biennale
Living with Art & Design
The Belgian pavilion of the Venice Biennale 56th with its Personne et les autres exhibition will take place from 9 May to 22 November 2015. Personne et les autres – curated by Katerina Gregos – will expose the work of Belgian artist Vincent Meessen, as well as that of several guest artists such as...
Scroll right to read more ›
Text by Lise Coirier

The exhibition explores the consequences of political, historical, cultural and artistic interaction between Europe and Africa during the time of colonial modernity, and in its aftermath. It probes unknown or overlooked micro-histories, brings into view alternative versions of modernity that emerged as a result of colonial encounters, and recounts stories that unfolded outside of and in reaction to accepted colonial hierarchies. It questions the Eurocentric idea of a singular modernity by examining a shared avant-garde heritage, one marked by artistic and intellectual cross-pollination between Europe and Africa, which generated pluralist, so-called ‘counter-modernities’. It aims to provide insight into the diverse and often hybrid forms – artistic, cultural and intellectual – that were engendered by colonial encounters. The project engages in a broader critique and analysis of colonial modernity, challenging its official histories, addressing its blind spots, and re-inscribing what has been absent, erased or marginalized into the present. By exploring both adverse and positive cultural outcomes of colonial history, the exhibition reveals the fruitful, polyphonic and heterogeneous artistic and intellectual dialogues under colonization during liberation struggles, most prominently in the aftermath of independence. At the same time, it reflects on the meaning of groundbreaking, emancipatory and oppositional practices (cultural or otherwise) related to that epoch, in light of the present global situation of unrest and crisis, with a view to alluding to potentialities for the future. The exhibition thus opens to multiple voices and positions.

Find the Belgian Pavilion from 9 May to 22 November at Giardini della Biennale in Venice. 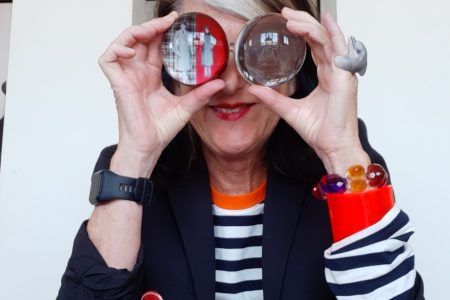