Bukowskis presents Claesson Koivisto Rune In Japan, an exhibition and auction of pieces by renowned Swedish architecture and design studio Claesson Koivisto Rune. Established in 1995 by Mårten Claesson, Eero Koivisto, and Ola Rune, the studio has established a longstanding collaboration and association with Japan. The exhibition highlights the extensive work produced through this unique Swedish-Japanese design collaboration, with over 100 lots for auction representing items by Claesson Koivisto Rune that were designed or manufactured in Japan over the last three decades. TLmag speaks with Mårten Claesson about the similarities between Japanese and Scandinavian aesthetics, establishing long term creative partnerships, and the mindfulness of quality present in all aspects of Japanese culture.

TLmag: Eero Koivisto, Ola Rune, and yourself founded your long-running architectural and design practice in 1995. How did the partnership begin?

Mårten Claesson (MC): We happened to be in the same class at university, and became friends. We did some assignments together, and also won a couple of competitions together while we were studying. To make a long story short, we graduated during a recession, so there weren’t really any jobs to find. But we had each other, so we thought we should just try and continue. We registered a company together and now it’s 25 years later. A lot of people ask about these creative partnerships. I can’t really give any advice, because I think it only works if you’re really good friends. I believe strongly in personal relationships in such a collaboration because if it’s just a matter of convenience, or a way to make rent, it’s unlikely that it works in the long run.

TLmag: How did you form such a longstanding relationship with Japan? What kept you coming back?

MC: Well, to be very precise, Eero travelled to Japan alone in 1992, and Ola and myself traveled together in 1993, but we were on the same scholarship. I think we fell in love with the country, and we’re still in love with it. Japan can be hard to understand because we have so many preconceptions about it. It’s a very cultural society, but not only in terms of historic culture. It’s also extremely forward thinking, and these two things exist together at the same time, all the time. In the West, I think that there is a sort of rivalry between people who want to preserve traditional cultures, and people who want to be creative and influence new cultures. In Japan, you don’t have this kind of conflict. They’re just allowed to exist side by side. They really take care of their traditions and all of their handicrafts, and at the same time they’re the most technologically-advanced country on Earth. They refine everything to the highest quality, which is just heaven for me as a designer and architect. Japanese society is also very gentle, with a mild humour and very humanistic outlook. People are so attentive and kind. It’s my favourite place in the world.

TLmag: What would you say links Scandinavian and Japanese approaches to design?

MC: Apart from design and quality being a sort of universal language, I think there is another connection between Scandinavian and Japanese aesthetics. It’s a theory that we’ve built after all these years of returning to Japan, which is that there are so many similarities. The Japanese love an aesthetic that is pared down, minimalist, with a lack of ornamentation and with natural materials, and all of these things are also appreciated in Scandinavia. I believe that in Japan it is for historic religious philosophies, which cherish a reduction of expression, while in Scandinavia it came about in a completely different way. Until about a century ago, Sweden was a poor nation. We couldn’t afford ornamentation, or the elaborate designs that were being made at that time in Italy or France. Nowadays, we look at the Scandinavian version of rococo, for instance, and we think it’s beautiful, because the lack of lavishness is perceived as beautiful today. I think this aesthetic has stuck with us. So, long story short, the Japanese expression and Scandinavian expression ended up being very similar to each other. I think this is part of why we’ve been so welcomed in Japan, and perhaps that is also why we appreciate Japanese ourselves.

TLmag: Would you say your own style or material sensibilities have been influenced by your time in Japan?

MC: Very much. Influence comes from all directions, of course, but if I had to think about a particular one, there is no stronger influence than the Japanese, in our case. We’ve bought so many household and craft items, and most of the objects in my home and in my partner’s homes are Japanese, rather than anything else. So it must mean something.

TLmag: How did the exhibition and auction come about?

MC: We were approached by Bukowskis, which is the oldest and most distinguished auction house in Sweden. They have several categories of objects that they work with, and the one that we fall into is modern design. We were talking with them, and evolved the idea to collect as much as possible of everything that we’ve done over the years in Japan, which has mostly been made with Japanese clients, and very little of which has ever been shown in Sweden. Likewise, all of these things have never been connected together in one show. It’s unique in a couple of ways; firstly as we ourselves haven’t seen these objects gathered together, because they were also made for different clients and projects. Secondly, Japan is a fairly insulated market, so many of these things are never seen outside of it. I also feel good about helping to present the Japan that we experience, which is different from what most people associate with Japan. It’s modern, but beautifully defined.

The Claesson Koivisto Rune In Japan viewing runs from 24-28 August, at Berzelii Park 1, Stockholm. The online auction runs from 20 – 29 August. 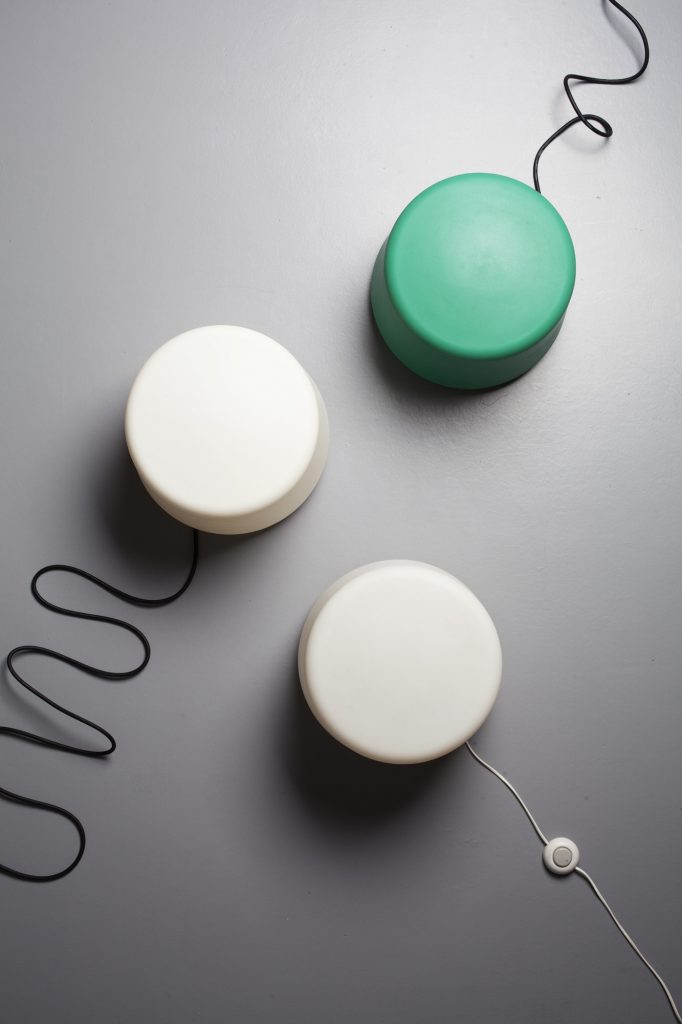 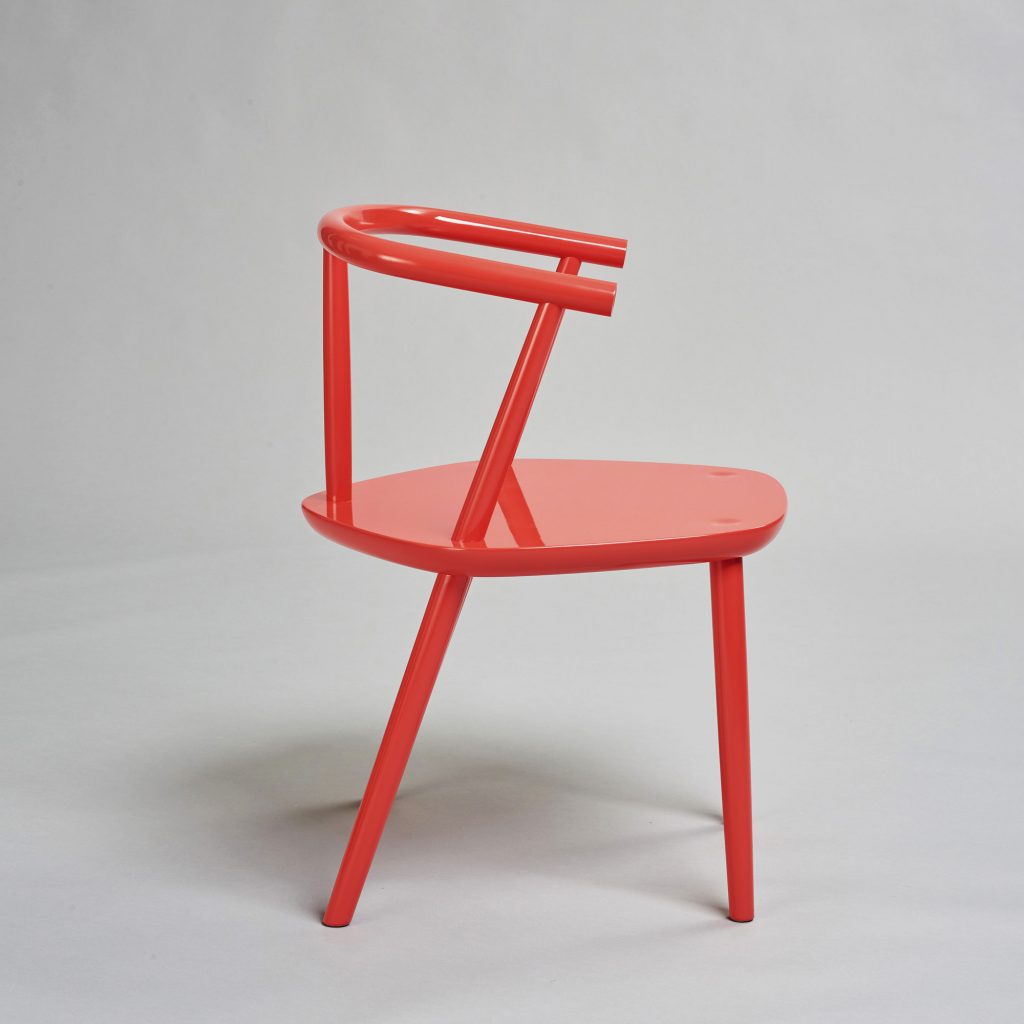 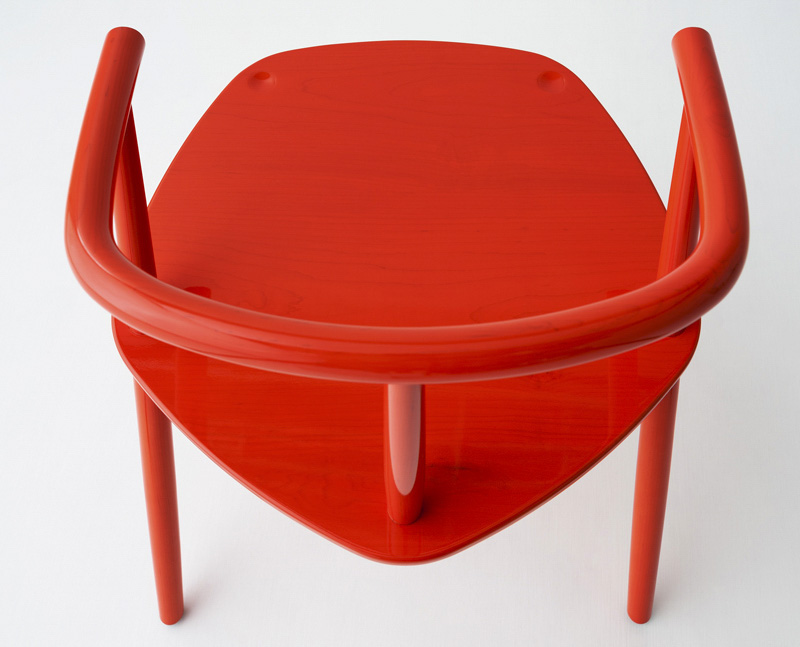 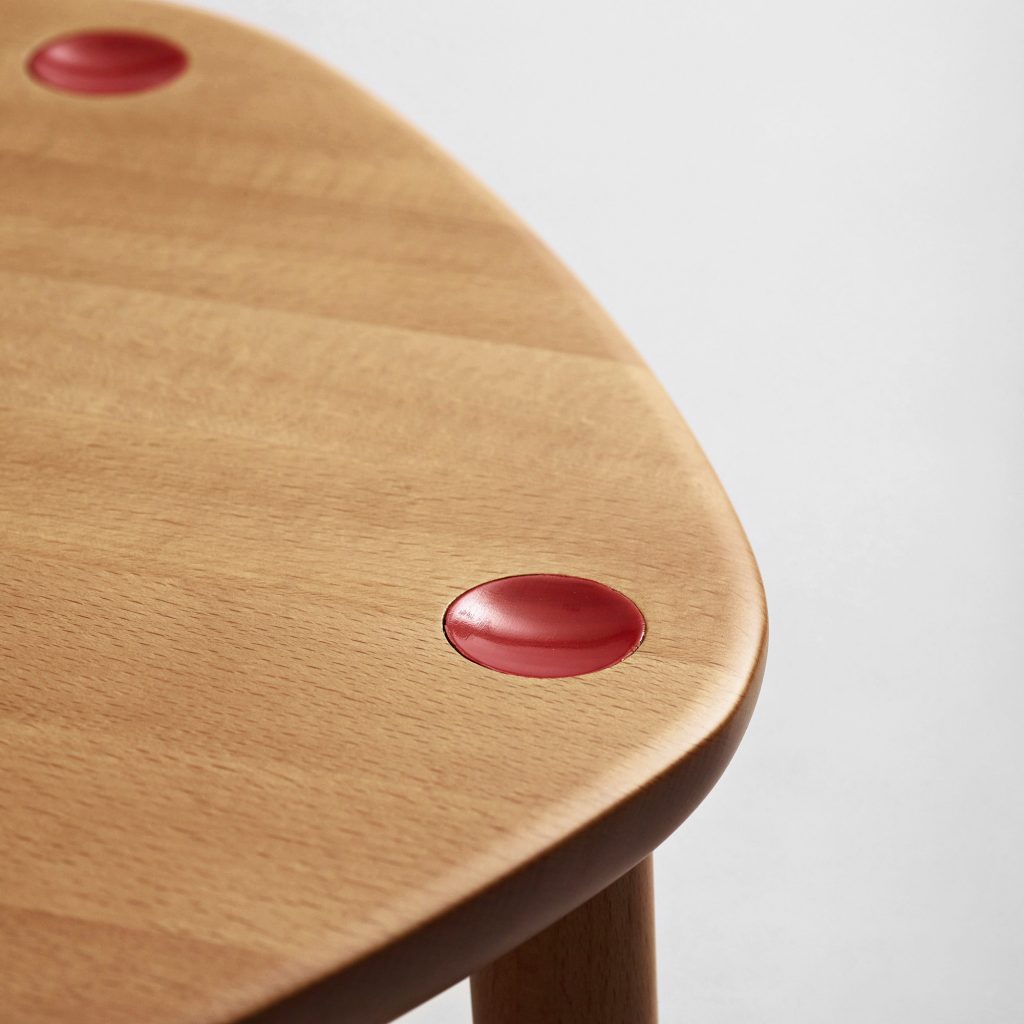 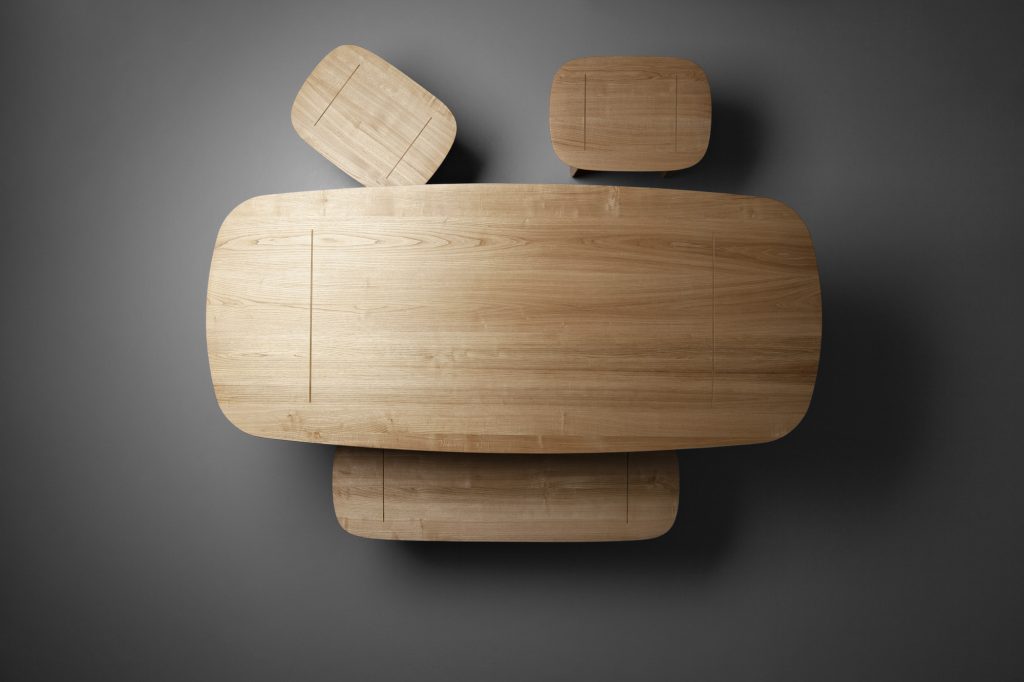 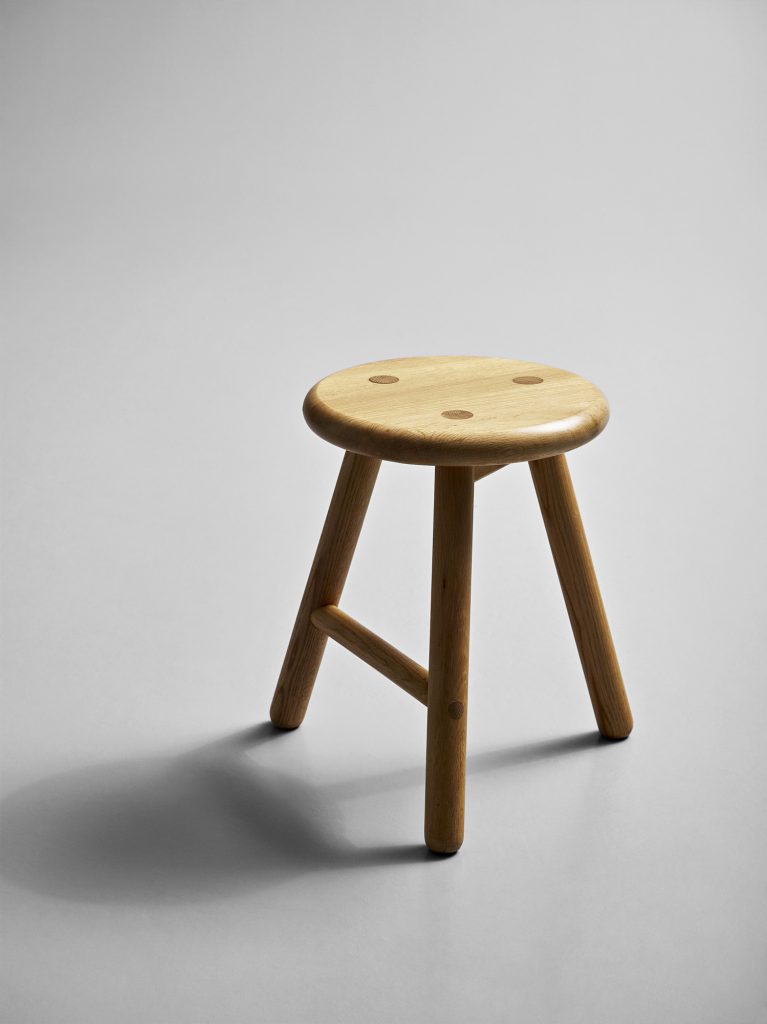 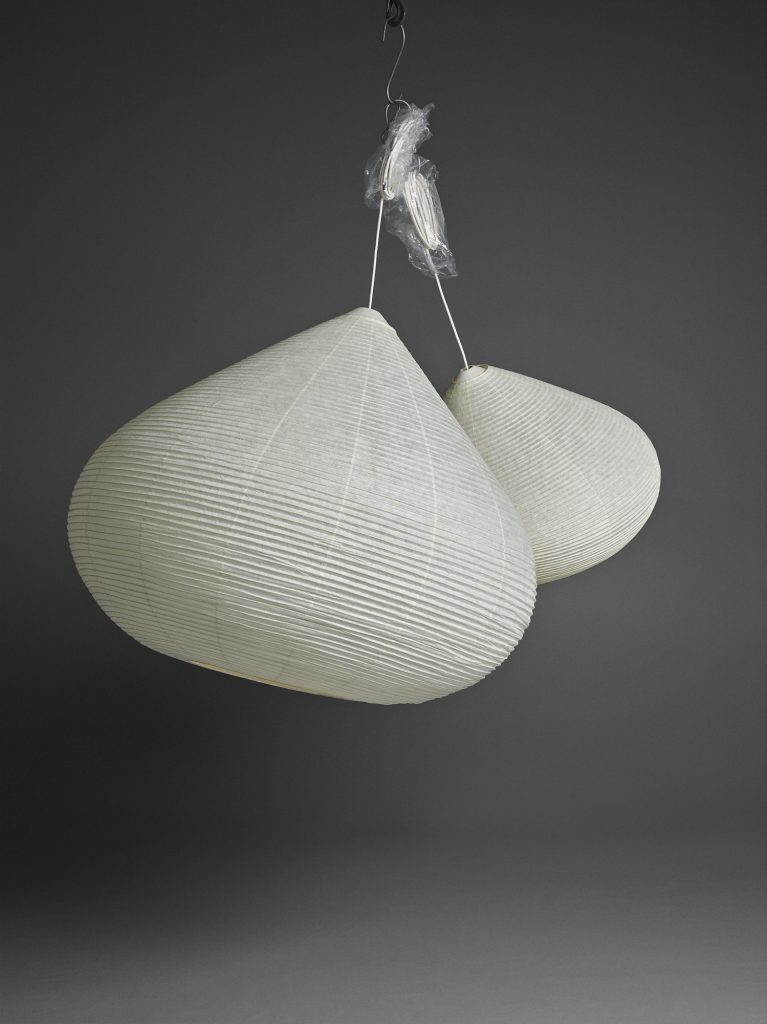 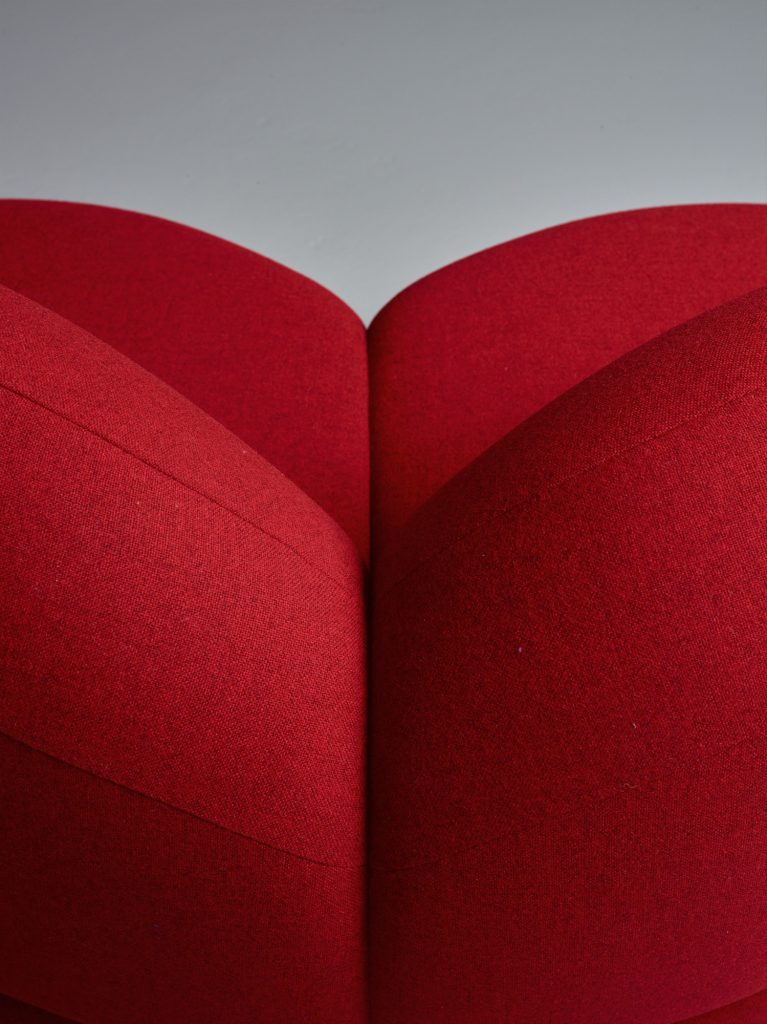 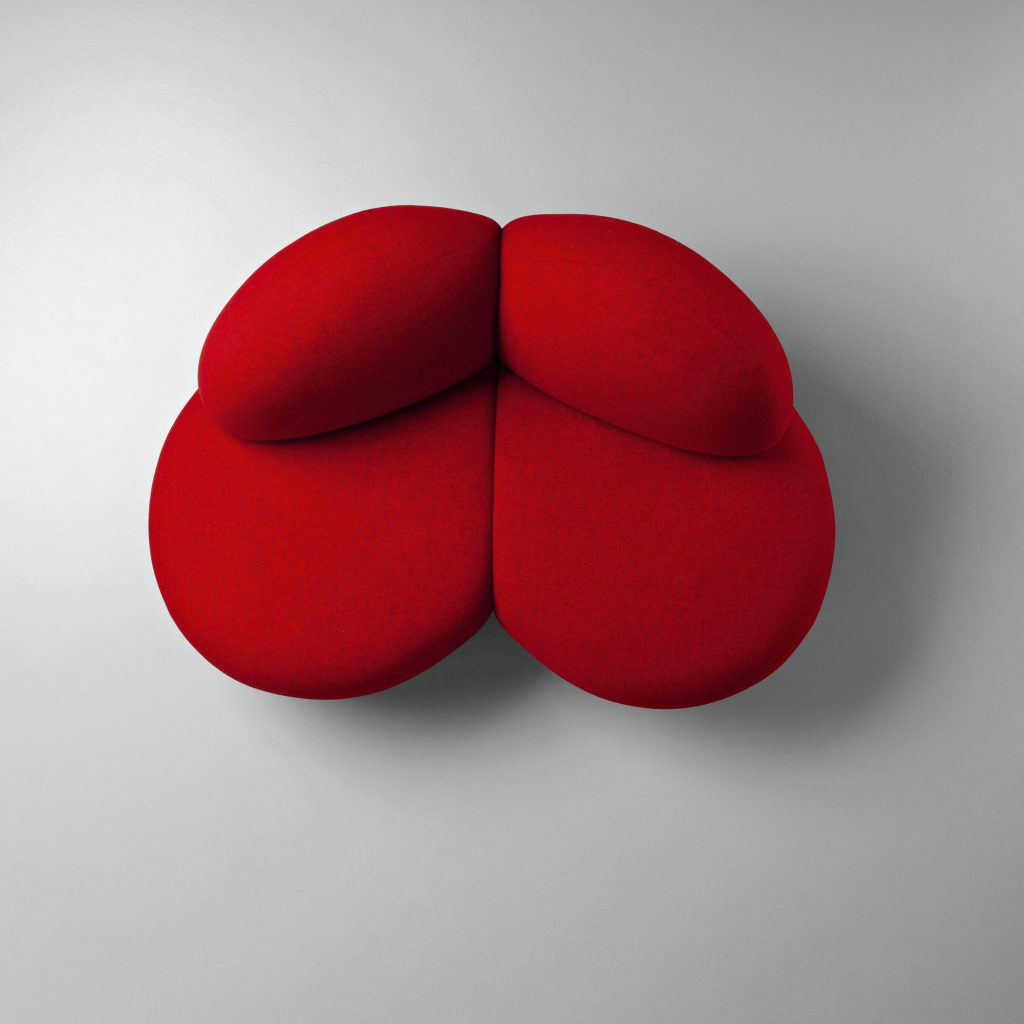 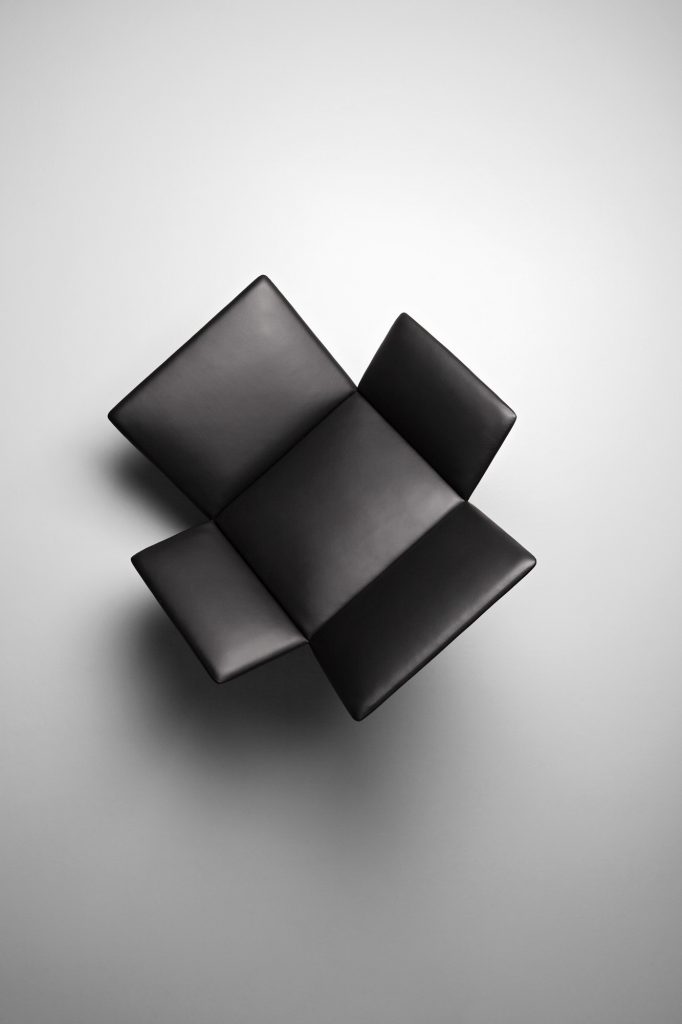 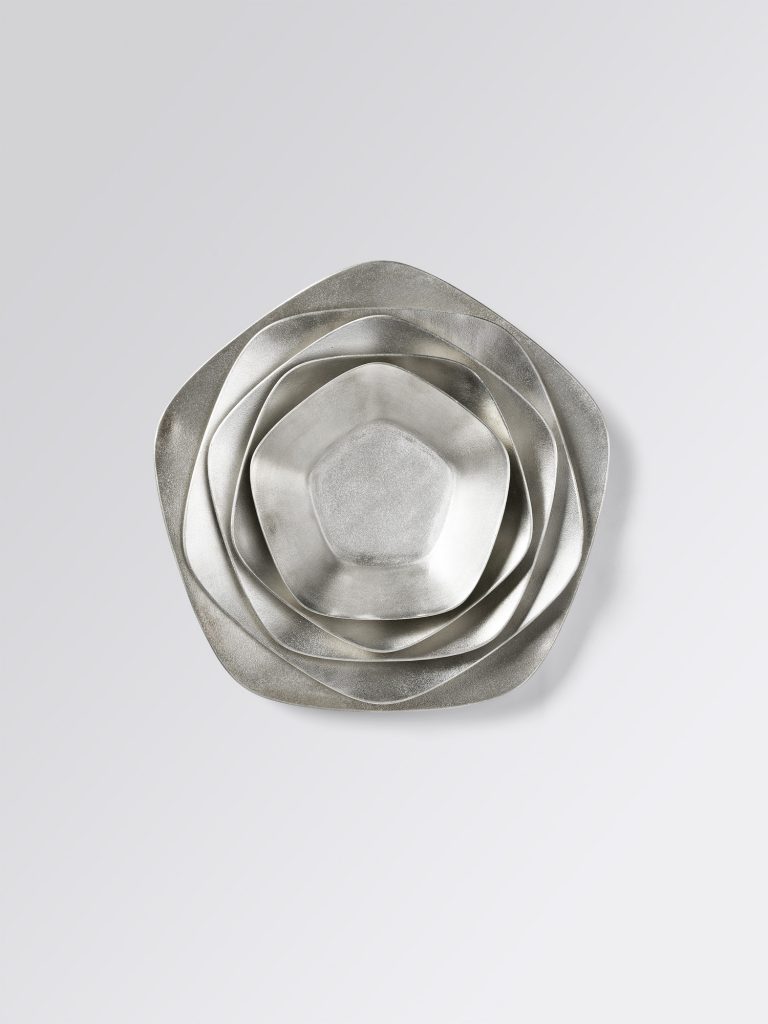 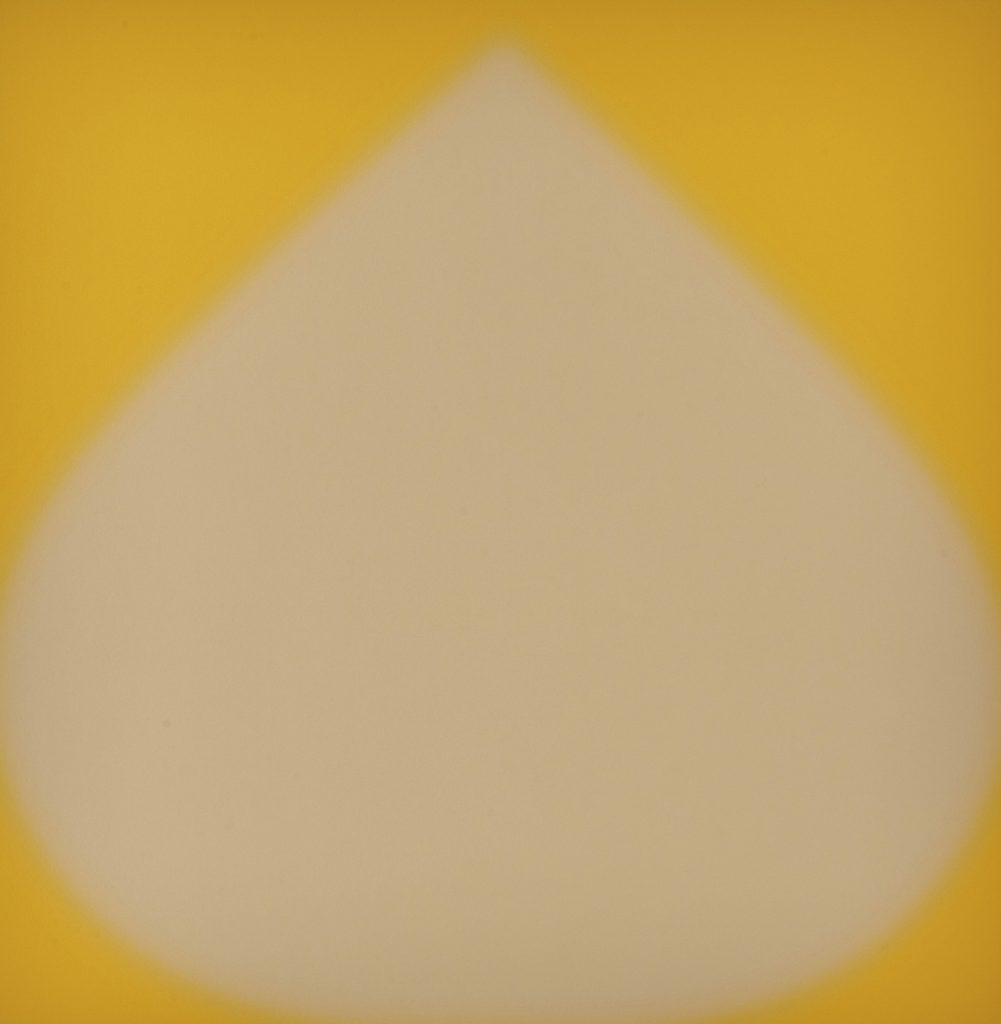 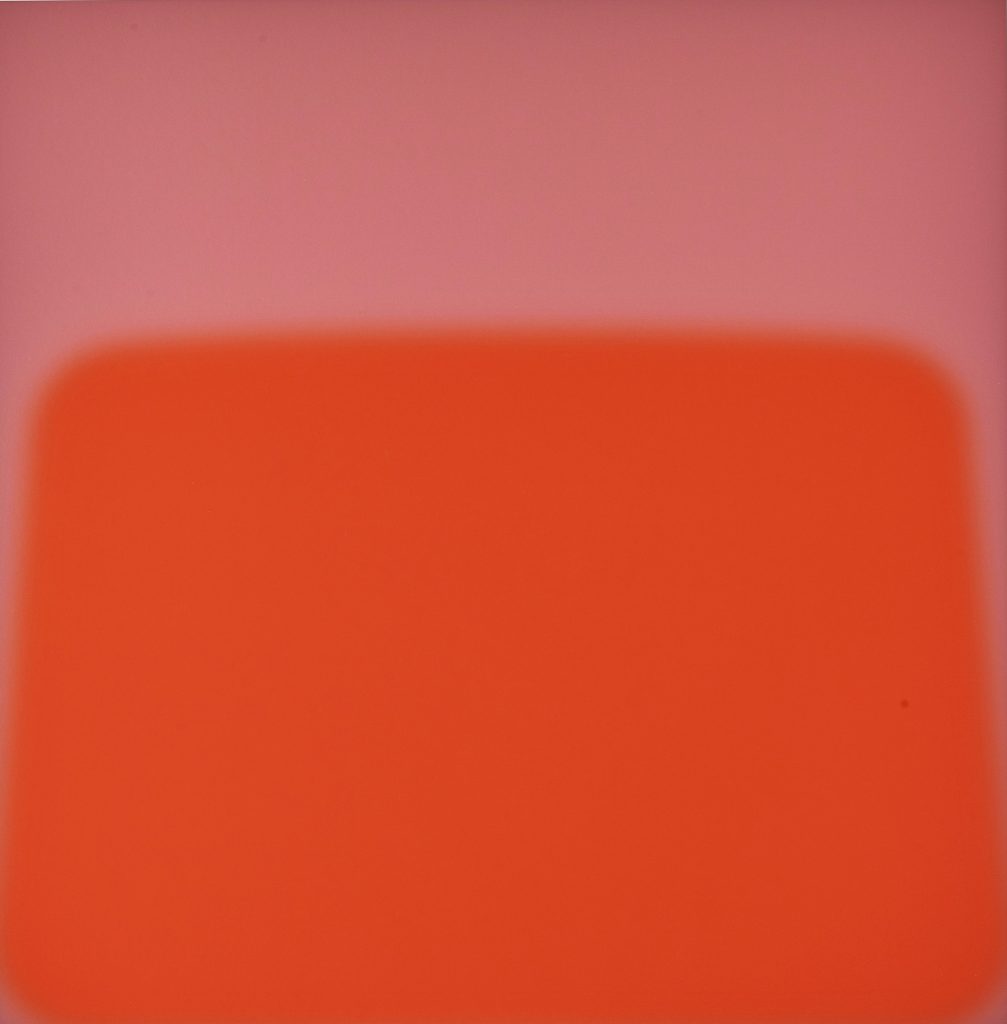 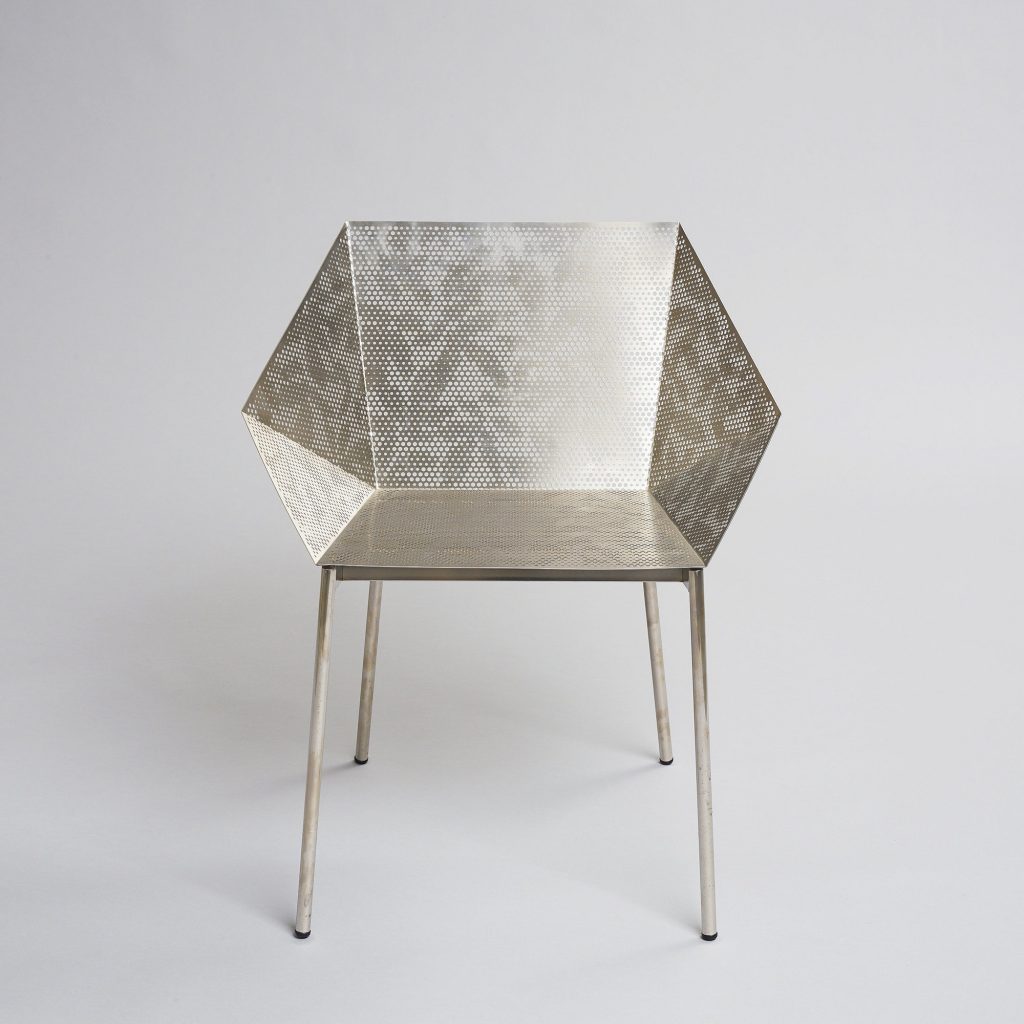