The city in La Rioja becomes a design hub for the fourth edition of Concéntrico, a celebration of the squares, streets, terraces and hidden spaces that usually go unnoticed.

Logroño, the capital of the La Rioja province in Spain, is best known for its wine and its role as a stop on the Camino de Santiago —so usually, visitors can be grouped under the oenophiles or the religious. But between April 27 and May 1, the city is also becoming a banquet for design fans, with the fourth edition of its Concéntrico festival.

Labeled “a festival of the city,” the event links Logroño’s heritage to contemporary architecture through a set of outdoor installations created by 14 national and international teams. The proposals on display range from an kinesiology-tape-inspired piece from Andalusian designer Jorge Penadés to a tongue-in-cheek glamorous building intervention by Berlin’s Plastique Fantastique.

The festival, then, becomes a celebration of the squares, streets, terraces and hidden spaces that usually go unnoticed —including the interior courtyards that were once of great importance to the city but are now either forgotten or closed to the public.

“The goal of Concéntrico is to open up these symbolic places and reinterpret them through the different architecture and design teams and their interventions, with a specific project for each location,” explained Javier Peña Ibáñez, the festival’s creator. “By doing so, we seek to reveal the intimate relationship that exists between contemporary architecture and its capacity to transform the lives of people.”

The festival also includes Migrant Garden, an exhibition by Czech architect Martin Rajnis that explores the process of migration through small-sized architecture, a show by the La Rioja School of Design and a round of talks titled Discussions on Curating, Researching and Teaching. 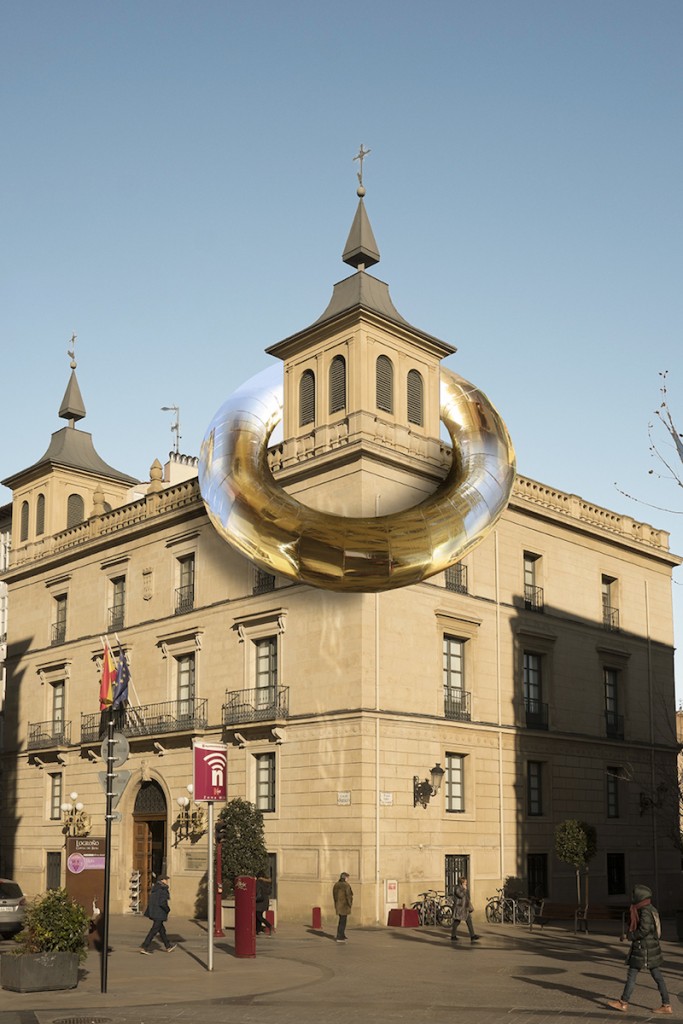 PLASTIQUE FANTASTIQUE: RINGdeLUXE
The Berlin studio literally embraces the headquarters of the Instituto de Estudios Riojanos —what they’ve called “a gorgeous project for a glamorous neighbourhood.” 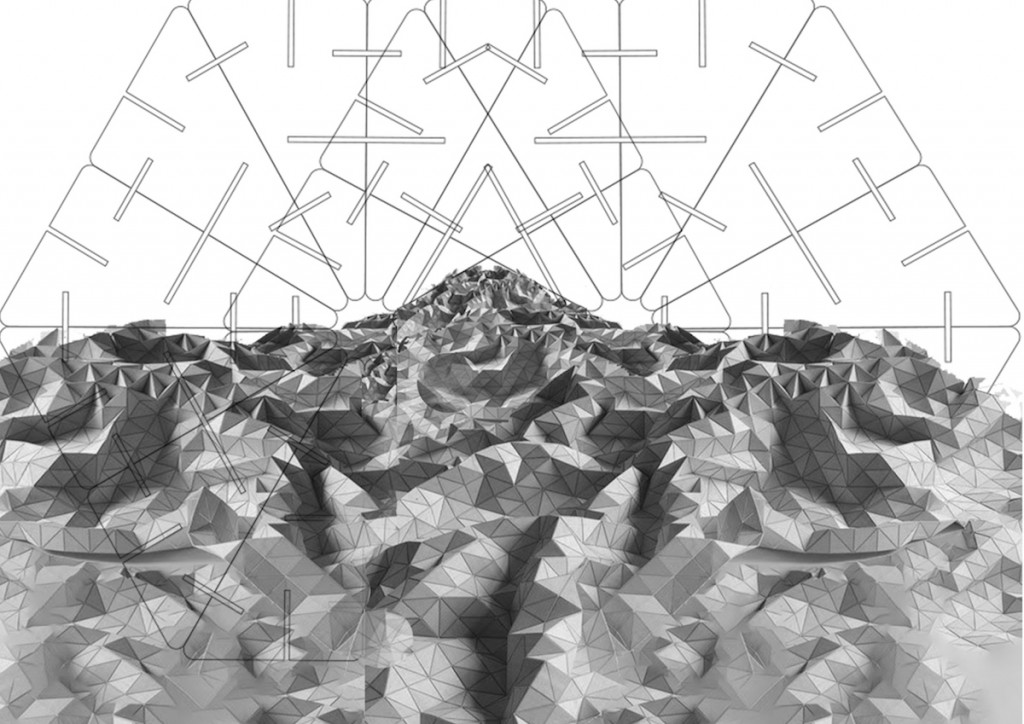 AA INTERPROFESSIONAL STUDIO: A WALK
The multinational team —with members from Israel, Germany, China and South Korea— came up with a way to turn the Calado de San Gregorio into a charging dock. 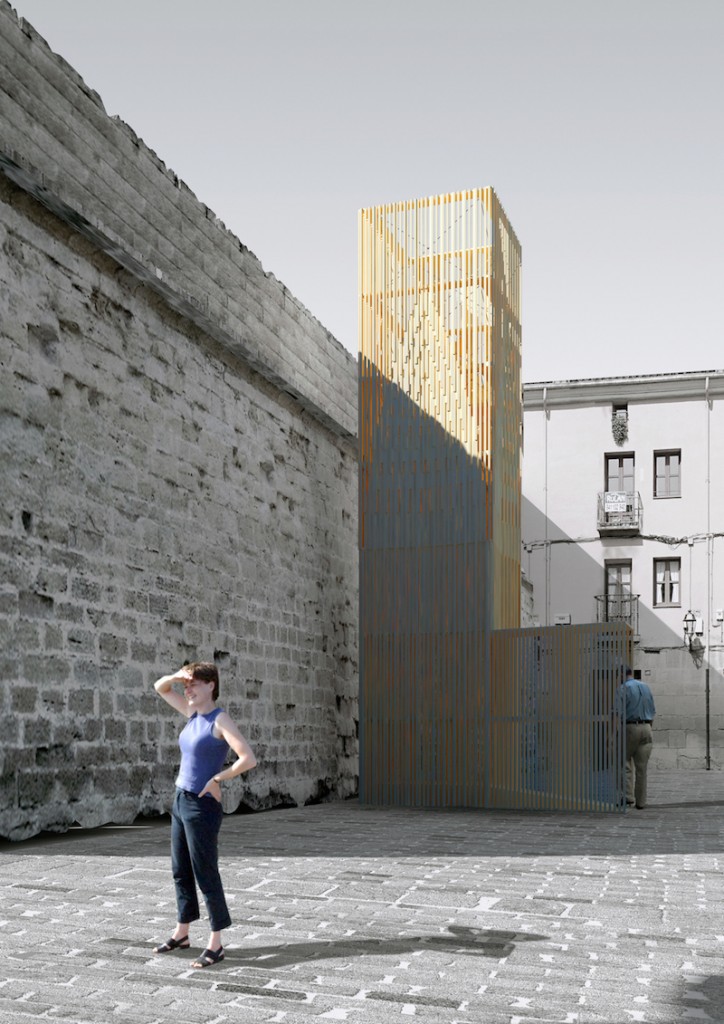 DAVIDE MARCHETTI + NOUMENA: OTRAVISIÓN
The Italian architect and the research firm came together in an intervention to the Plaza de la Muralla del Revellín, hoping to give passers-by the chance to see it from a new point of view. 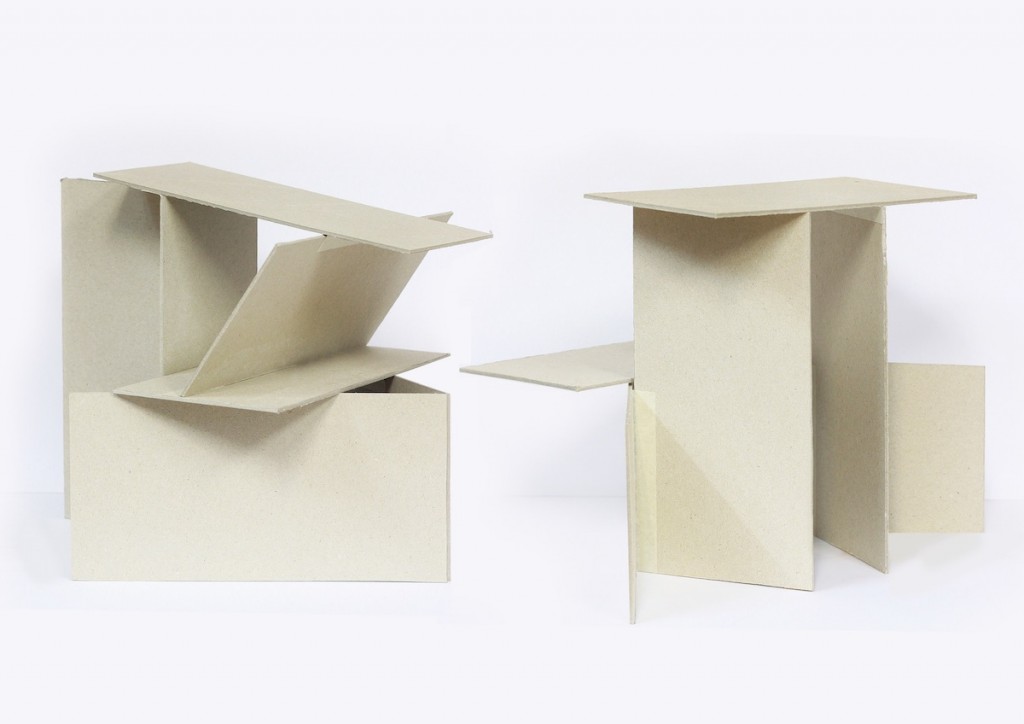 JORGE PENADÉS: LA CHABOLA
The Málaga-born designer set his installation in the courtyard of the Biblioteca de La Rioja. Made with 20 standard wooden boards, it’s an architectural experiment based on kinesiology tape. 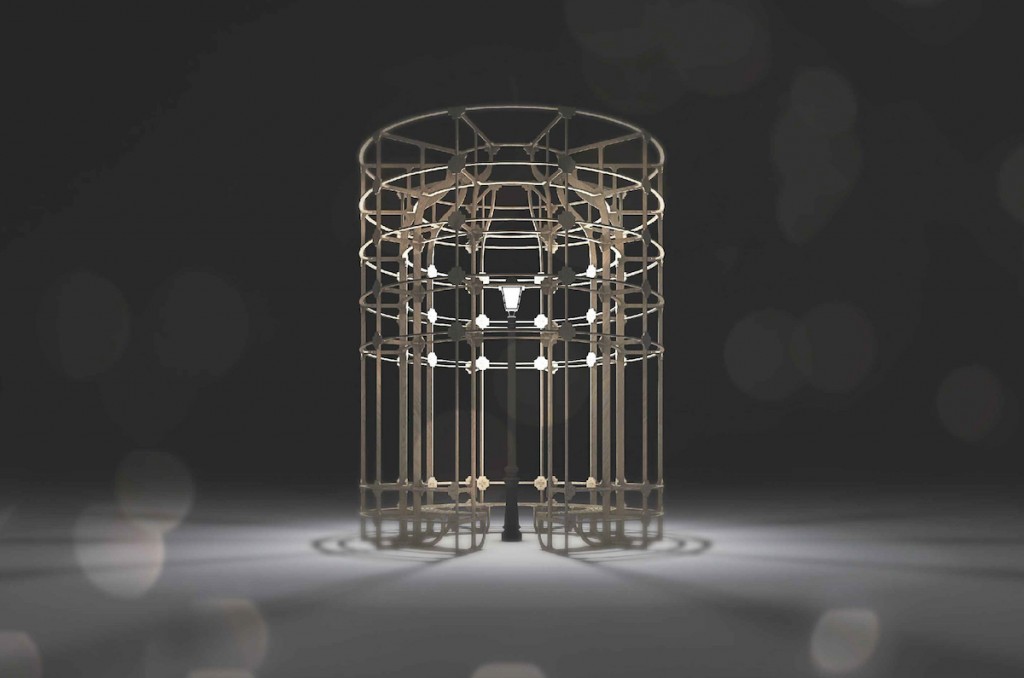 MJÖLK: LANTERN
At first, the street lighting at the Plaza de Santa Ana became a limitation for the Prague studio… until they decided to integrate it to their proposal, using a wooden cage. 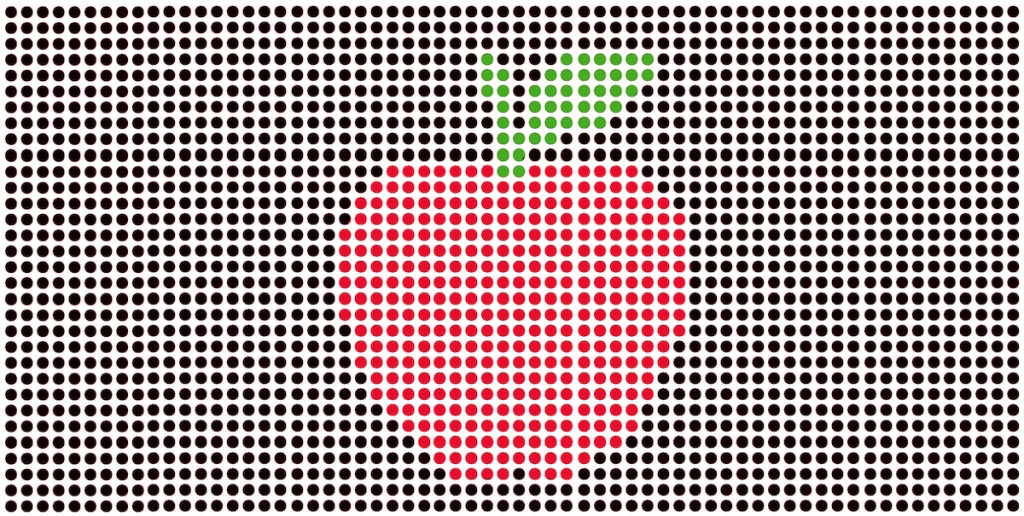 DAVID BESTUÉ: CLOCK
For the underside of the Logroño Town Hall, the Barcelona-born artist conceived an LED screen that acts as a digital clock… but occasionally experiences small interruptions. 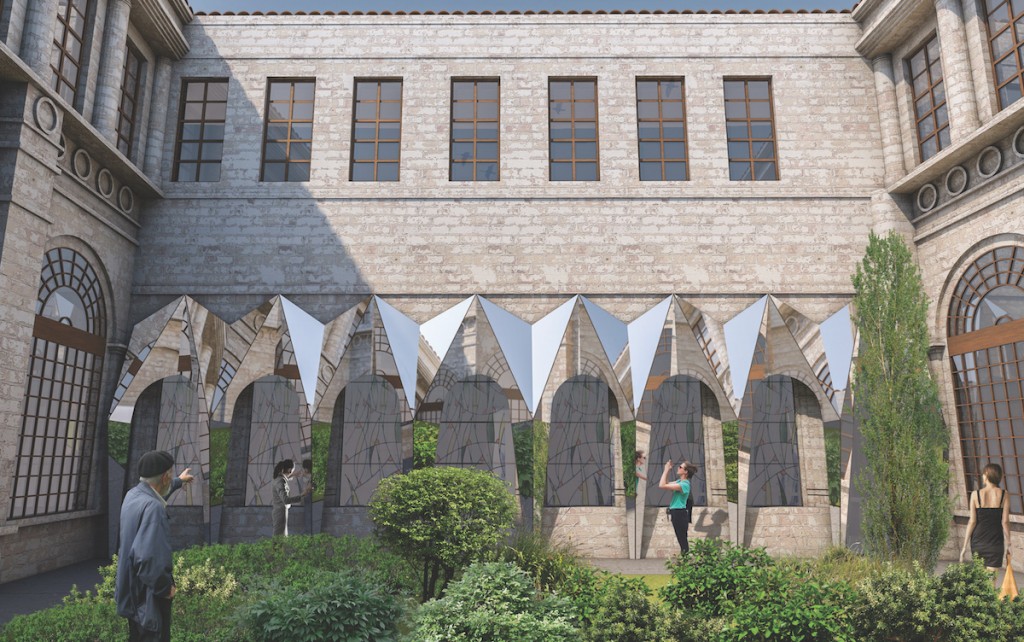 COLLECTIF PARENTHÈSE: REFLECTION
The Paris-based collective magnified the architecture of the Cloister of Santa María de Palacio by displaying each detail through a set of reflective elements installed in the stained glass windows of the courtyard. 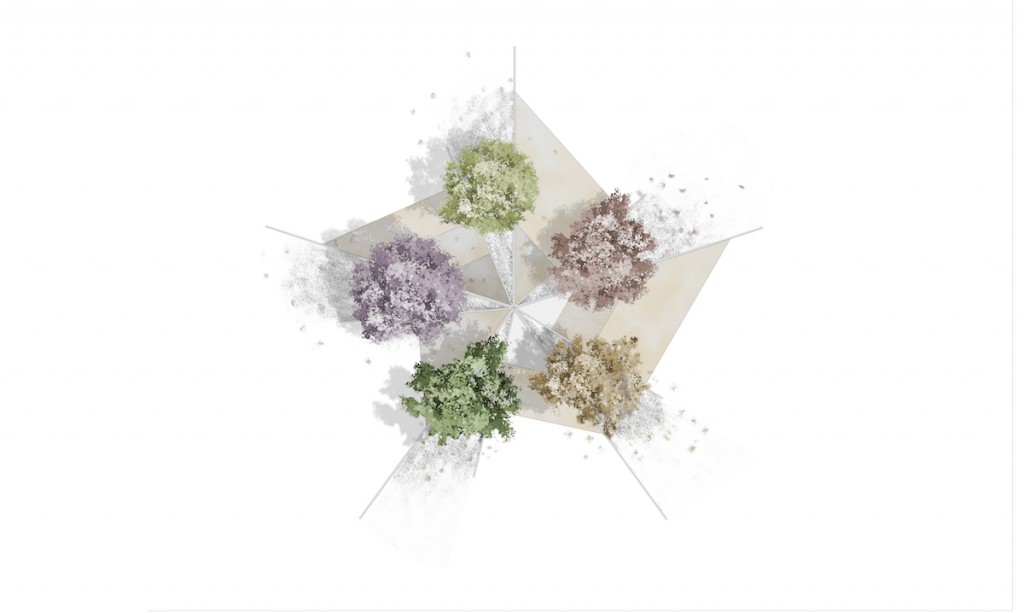 BLURARQUITECTURA: A PLACE, A BENCH, A TREE
The local studio conceived a five-stop journey that seeks to highlight some of the most significant urban spaces around the Church of Santiago, in the historic city centre. 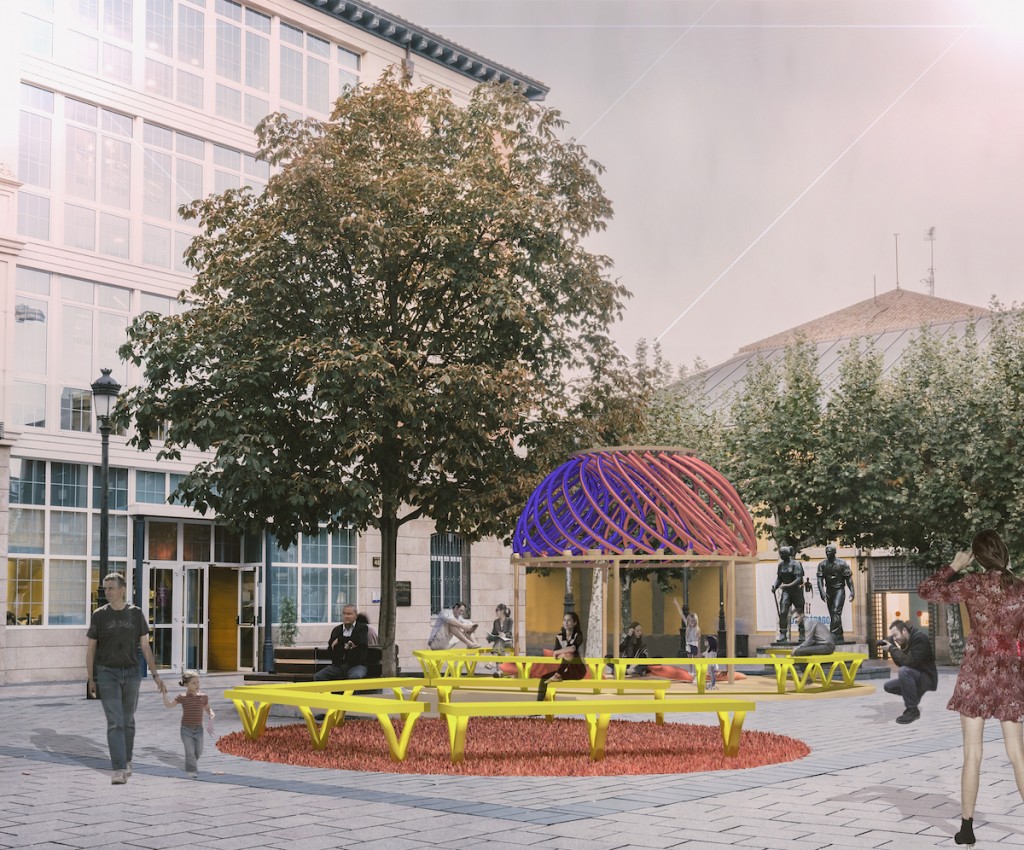 MIRIAM ALONSO, PATRICIA RAMOS AND PAULA MENA: AMANITA MUSCARIA
The Madrid trio were inspired by the geometry of mushrooms to create a circular structure that could work as the starting point of the visitor’s path of architectural discovery —and rightly so, as it’s located strategically in the Plaza de las Escuelas Trevijano. 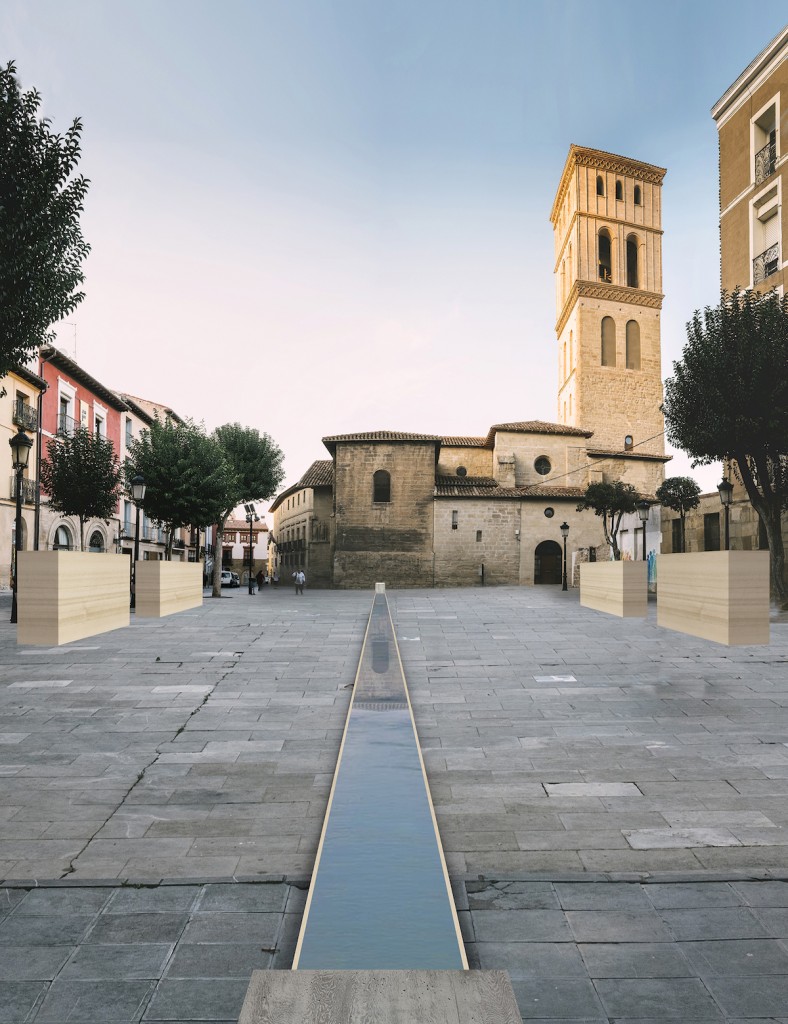 SEBASTIÁN ANDRÉS PODESTÁ AND LUCAS SERÉ PLETZER: LA PLAZA
The Argentinean duo, winners of the competition held by the festival to produce an intervention at the Plaza de San Bartolomé, connected a set of concrete elements with a mirror of water. 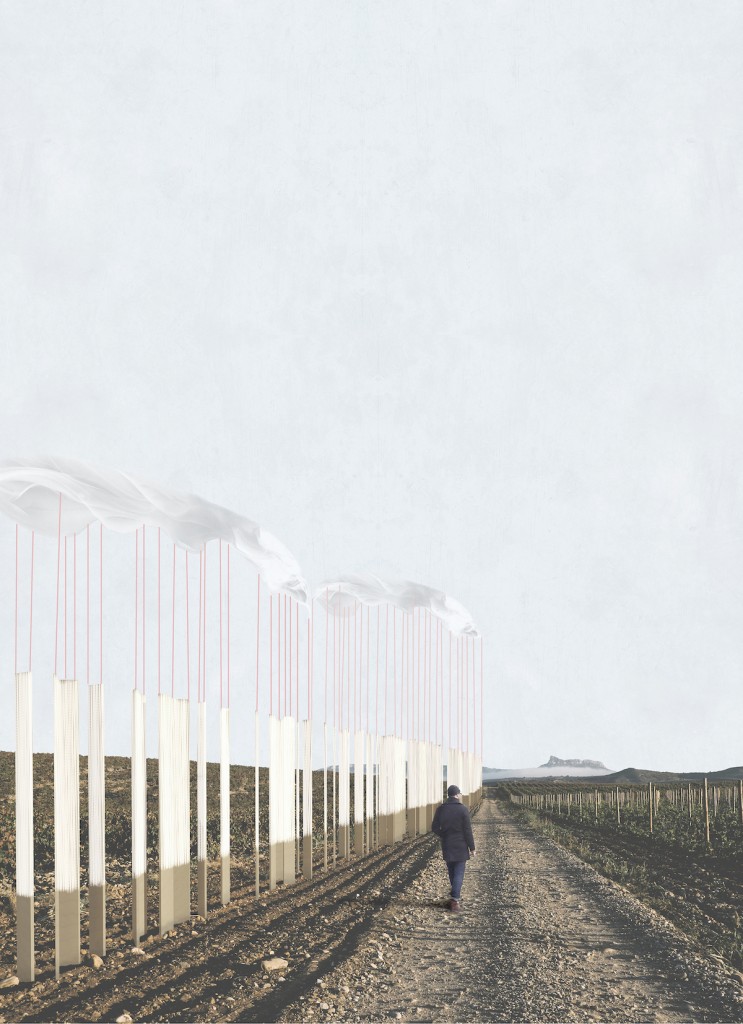 FERNANDO CRUZADO, JULIA DÍAZ, FRANCISCO JAVIER FERNÁNDEZ AND ANE VILLAVERDE: GLIMPSE
The Spanish team intervened Viña Lanciano, a vineyard from Bodegas LAN, with a web of red lines “crowned by an ambiguous cloud” to represent the textures and rhythms of the La Rioja landscape. 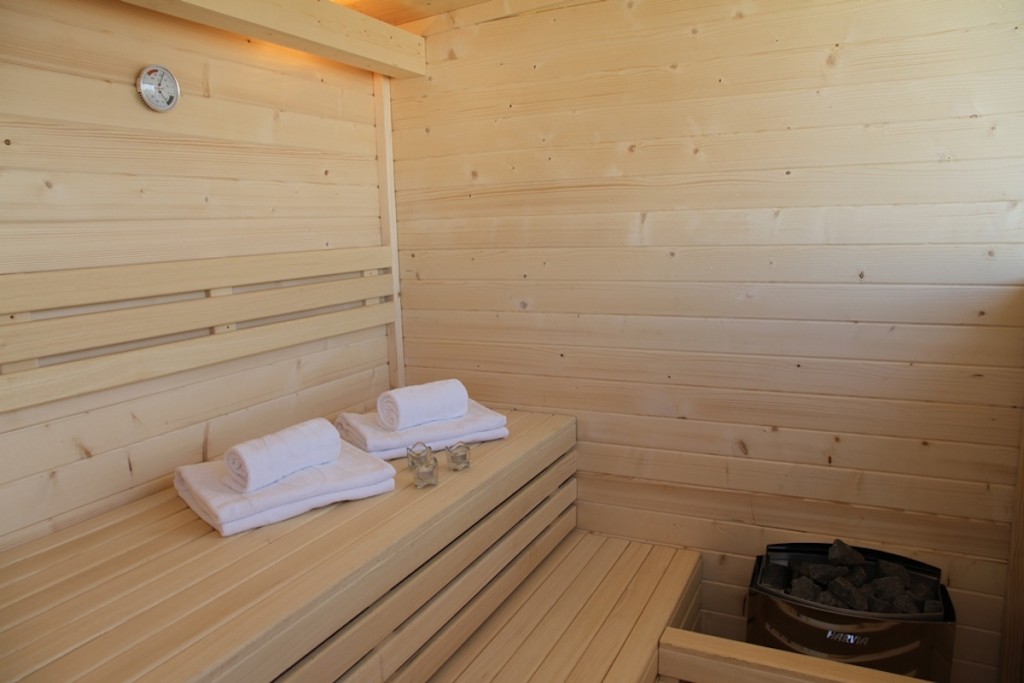 JAIRO RODRÍGUEZ: FINNISH SAUNA
The subject of Rodríguez’s doctoral thesis was a study on the historical evolution of the sauna in Finnish architecture… and that tells you everything you need to know about the level of detail in his temporary installation at the Municipal Pilgrims Hostel.
‹ Back