When is a motorbike not just a motorbike? When it’s the Mahjouba 1, a prototype by conceptual artist Eric van Hove, designed for use in the streets of Marrakesh.

Pushing the boundaries between craft, engineering, art and commerce, the Mahjouba 1 was made in a way that is germane to the Algeria-born, Cameroon-raised, Belgian van Hove’s adopted home, where he believes the distinction often made between disciplines is less relevant. “There is no difference between a craftsman, an artist, and a designer in Morocco,” he says. “I mean of course people place themselves as they want. But these are all creative approaches and there is not such an urge to give them different status.”

Started in 2016, Mahjouba is a three-year initiative, partially spurred on by the Climate Change Summit that took place in Marrakesh that year, which saw Morocco set a goal of 50 per cent renewable energy by 2030. “I find it inspiring that an African nation would aim for at least twice as much a reduction as any western nation,” the artist says.

The project is also an extension of one of van Hove’s earlier works, the V12 Laraki, for which he dismantled a Mercedes V12 engine, working with 35 craftspeople to painstakingly replicated it using over 50 local materials, including mother of pearl, red copper, recycled aluminum, lambskin, ram’s horn and argan oil. “After doing works that were mostly ephemeral for ten years, I knew it was time,” van Hove recalls of when he first got the idea to recreate an engine. “Then I placed it in a post-colonial context. Instead of trying to make a Volkswagen to ‘save the poor’, I thought: What if all the capacities of Morocco came together, could we deliver a supercar?”

Wanting to work again with craftspeople – who are more numerous in Morocco than anywhere else in the world – van Hove approached Mahjouba I with a similar collective mindset. “I thought, how about these three million craftsman in the country? Could they benefit from the renewable energy revolution?”

To do this van Hove took his cue from the electric motorbikes that are ubiquitous in China. “I followed a guy on an electric motorbike in Marrakesh. He was a local business man who had decided to bring some cheap Chinese mopeds to assemble here. They were only 500 bucks and he thought: This is perfect for craftsmen.

“But then, he told me, no craftsmen ever wanted to ride them because they’re so ugly! So I thought, I’m just going to take this moped – I bought it off him – and we can make it out of our own materials.”

This van Hove did with his crew over the course of a month, using bone, steel, copper, and wood. “We transferred the batteries and engine from the original to our copy. We drove around and it worked perfectly. It was the start of an initiative to create an electric motorbike that’s mainly made by the craftsmen for local markets. We want to create five prototypes – we’re on the third one – and it should be scalable.”

Mahjouba I was nominated for the 2017 Beazley Design of the Year Award at the Design Museum, London – “which is crazy if you think that it’s the worst-ever Chinese design duplicated by African craftsmen,” van Hove says – and was on display at the artist’s atelier during the 1-54 Marrakech art fair earlier this year. As regards his seemingly unorthodox approach to his work, he thinks it’s time not only for artists to look beyond the gallery space, but to get involved at the level of social economics. “Artists should go deeper into systems, think of new models, and ask some questions about where they stand,” he says. “It’s time for artists to get dirty about their work.” 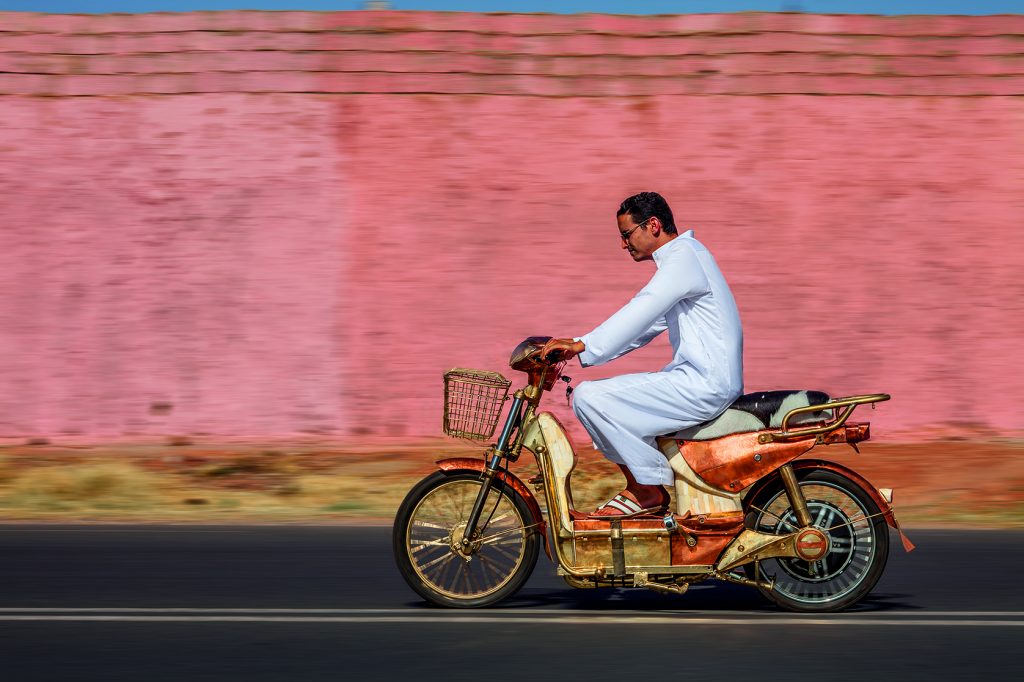 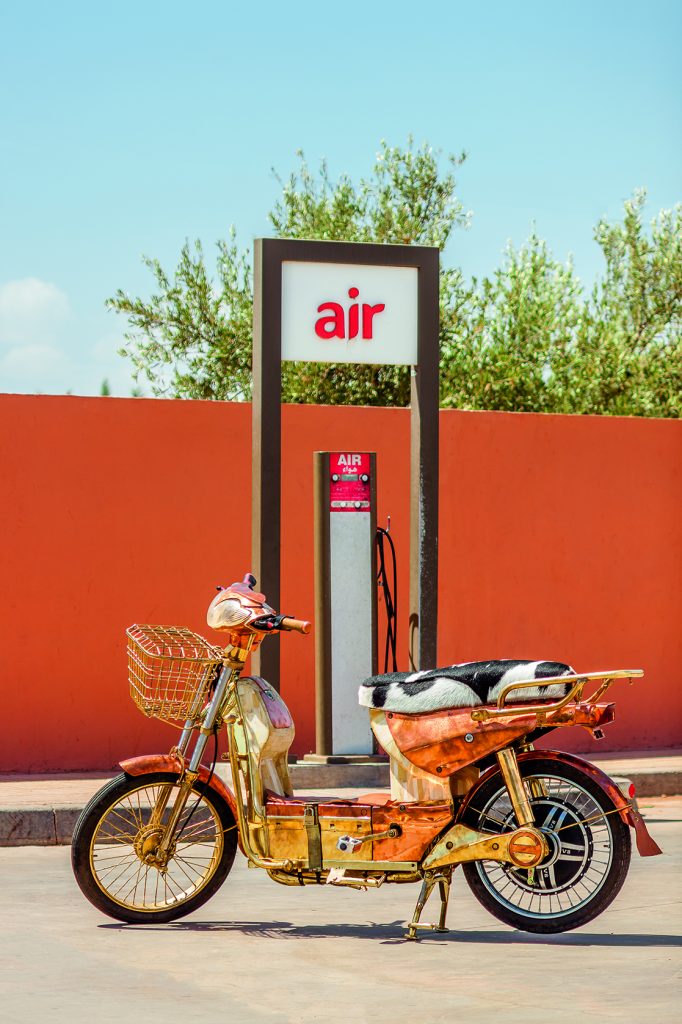 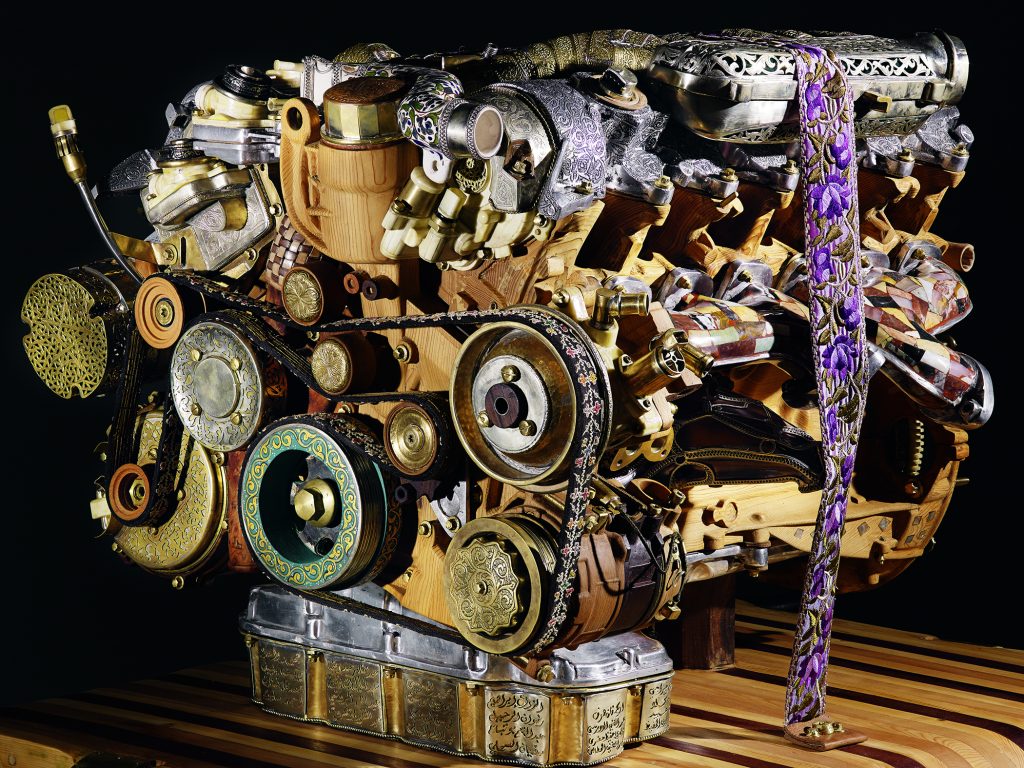 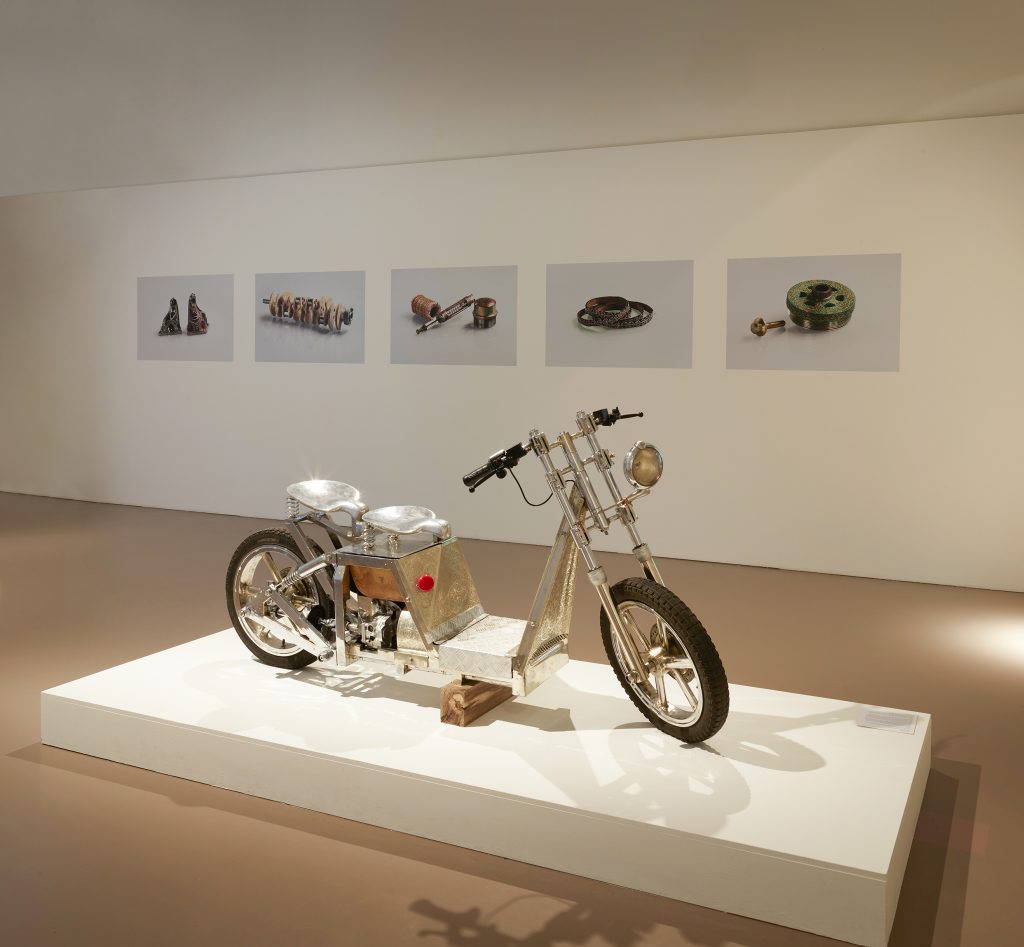 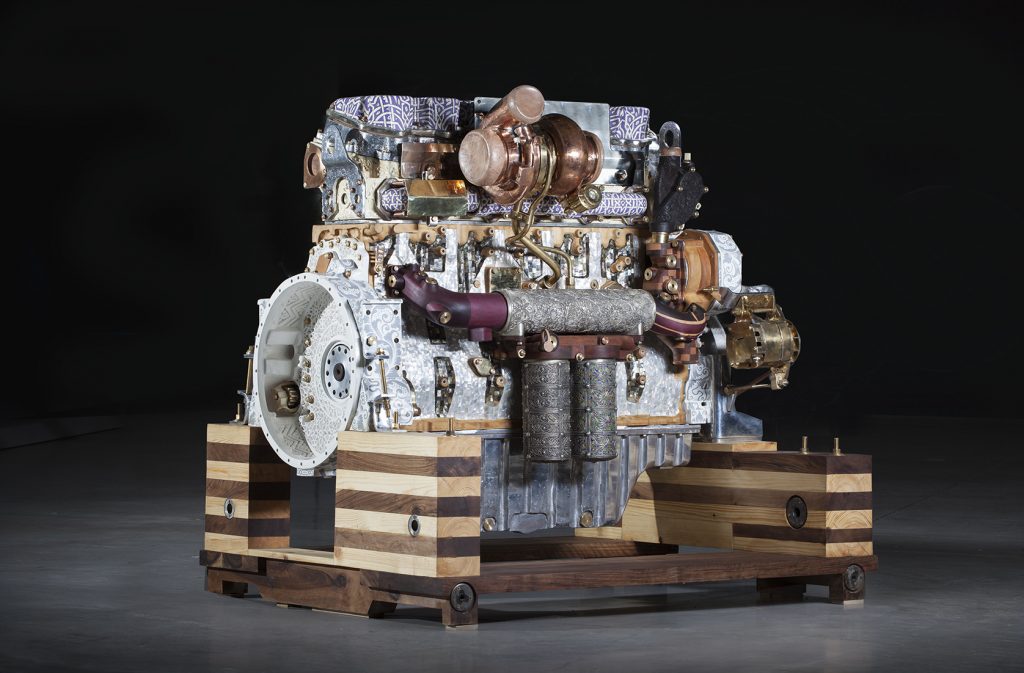