“There have been no boundaries between the creative processes for making movies, music, objects, architecture and drawings. It has become a true mixture.” Gaetano Pesce told TL magazine about his practice in 2016.

The exhibition Gaetano Pesce: Il Tempo Multidisciplinare (Multidisciplinary Time) reflects this eclectic and exploratory attitude. With about 200 works spanning over 60 years of Pesce’s career, this comprehensive retrospective shines a light onto the pivotal work of the architect, designer, and artist.

The exhibition has been designed by Pesce himself, as an ode to the city of Padua where he studied in his youth. The exhibition takes place in the medieval civic building, Il Palazzo della Ragione, in Padua, surrounded by frescoes from the 18th century. There is no set route through the works and visitors are invited to create their own journey, following their curiosity and instinct.

The collection of of works demonstrate the pioneering spirit and prolific output of Pesce, who was one of the first to break the disciplinary boundaries between art and design. It also illustrates his use of design and art as tools for highlighting inequalities. His iconic UP5&6 La Mamma Chair and Ottoman designed in 1969, resembles a woman chained to a ball and was a critique of sexism and women’s subservient roles in society. Despite the piece being nearly half a century old (next year will be its 50th anniversary) it still inspires debate and re-interpretations and is relevant to contemporary gender discussions. Other notable works such as Six Table on Water (2012) stand beside sketches, prototypes and never seen before pieces.

Overall the collection of works embody Pesce’s firm belief that “at the end of the day, design should tell stories.”

Gaetano Pesce: Il Tempo Multidisciplinare is on display until September 23 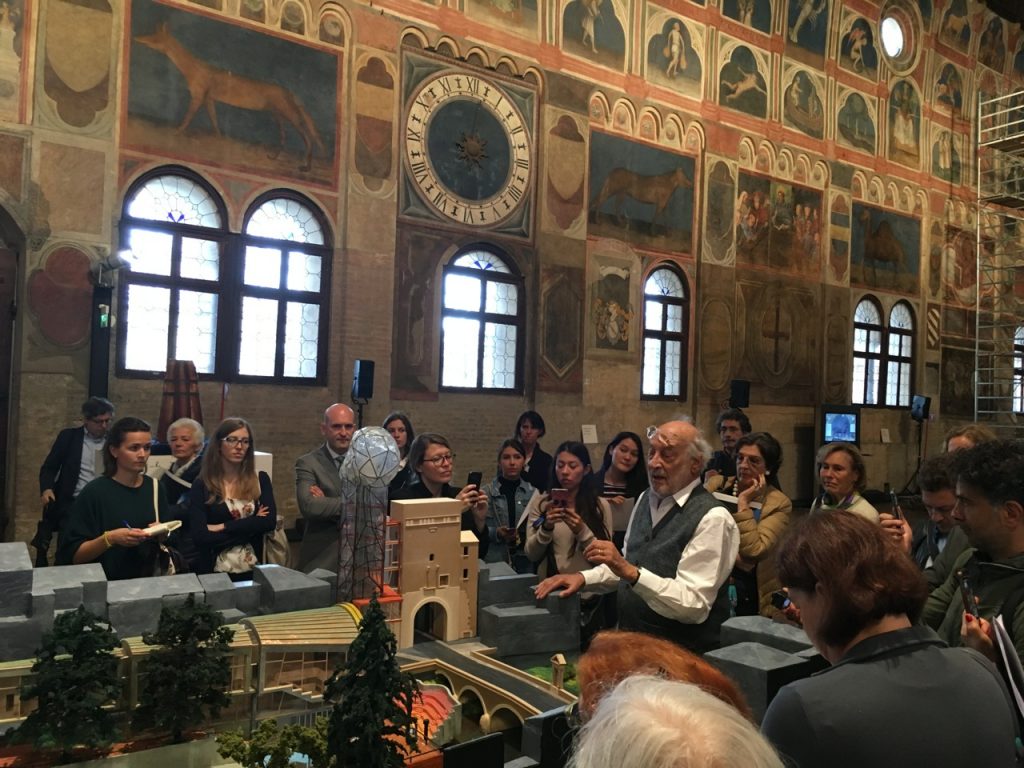 Architect, Gaetano Pesce during a visit to the exhibition 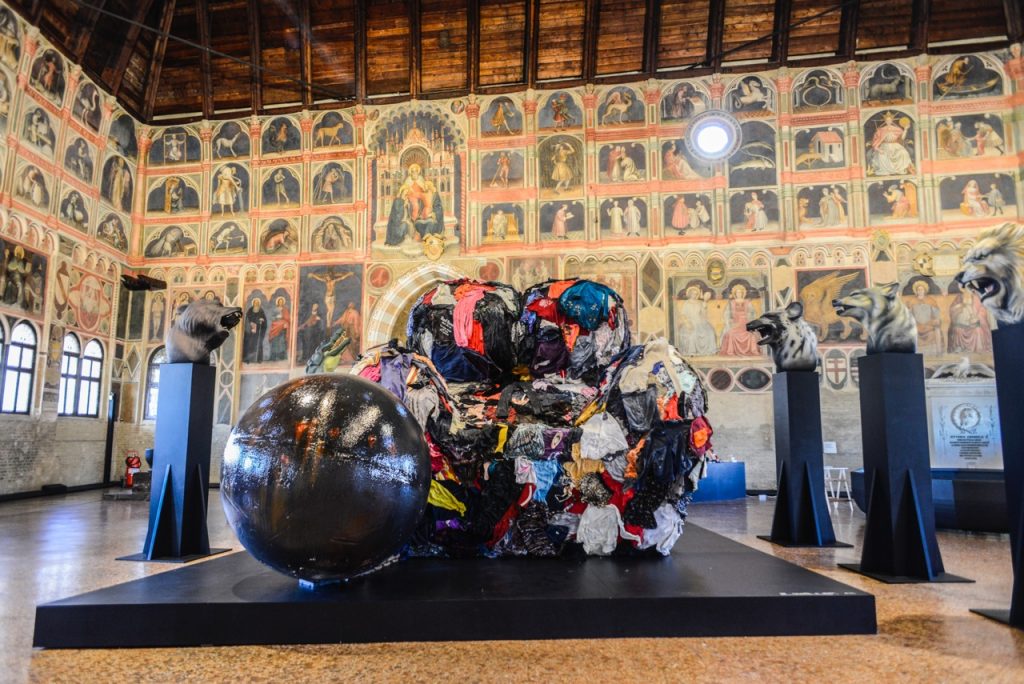 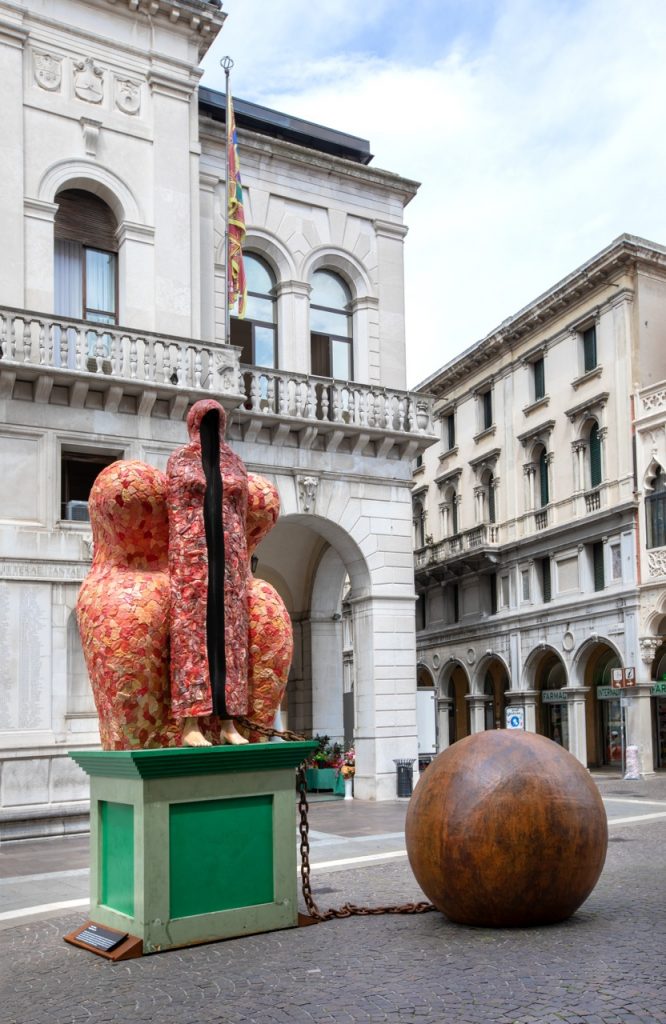 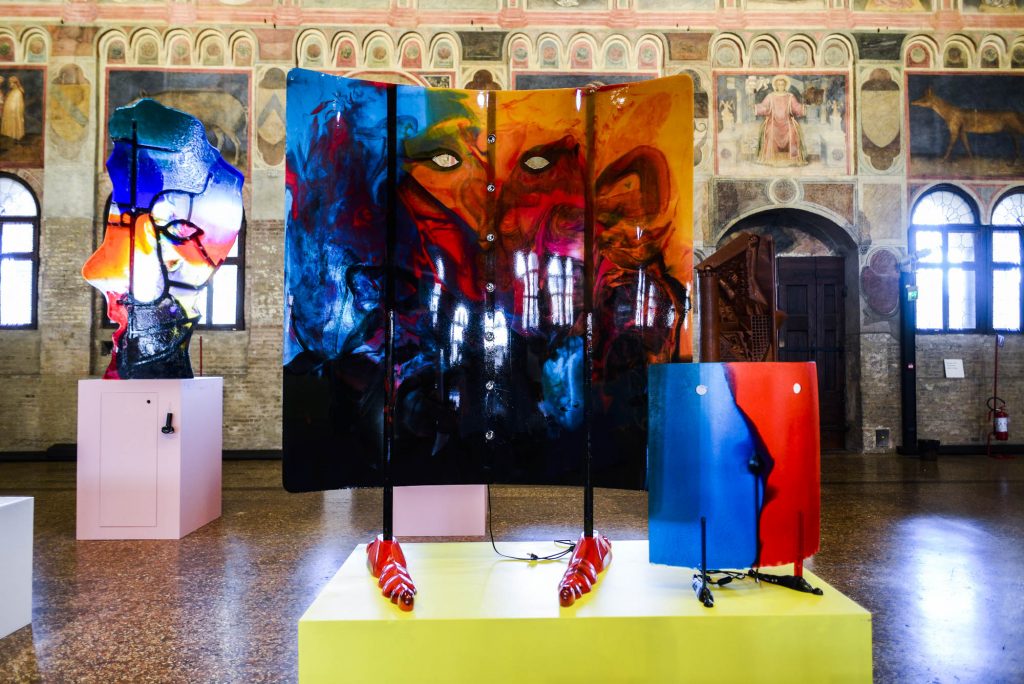 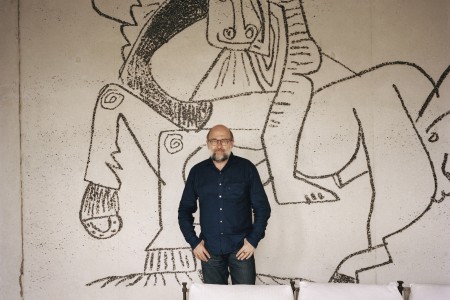 This edition of the Design Miami/Basel 2018 programme, curated by François Halard, is focused on twentieth and twenty-first century architectural expression 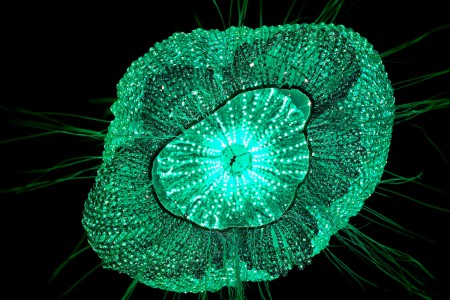 The first exhibition dedicated entirely to the glass production by the Italian architect, sculptor and industrial designer is open at the Museo del Vetro di Murano 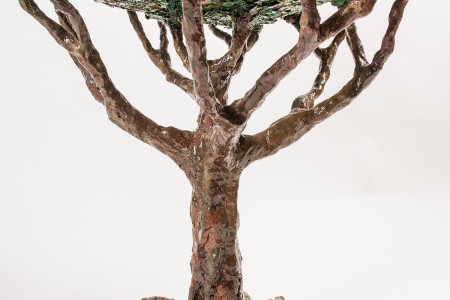 For Gaetano Pesce, 2016 was a good year. TLmag reflects on the Italian maestro’s latest work, which offers a romantic antidote for our troubled times.