A generative system of parts determined by the logic of particle behaviour, Studio Minale-Maeda’s latest work is a sophisticated riff on their Lego Rietveld’s and 3D-printed joints.

For their newest collection, Studio Minale-Maeda has been inspired by microscopic matter. Allowing the rules of interaction between particles to define forms, Gravity comprises the Sediment structures, Skin panelling system and Orbit mirror.

Based in Rotterdam, Studio Minale-Maeda is the result of Kuniko Maeda from Japan and Mario Minale from Germany meeting while completing a Masters at Design Academy Eindhoven. The duo’s Lego version of both Rietveld’s Red and Blue Chair, and Buffet, have drawn acclaim, as has their open source 3D-printed connectors, Keystones, that can be used in various formations of furniture. Besides work such as this, which explores contemporary industrial and social functionality, Studio Minale-Maeda also considers design to be a practice of cultural expression.

The Gravity collection taps into the cultural archive of science and rationality. “Matter consists of particles. These are never still but constantly involved in processes of combining and separating, assembling and dissolving. We want to use this as a model for the way we make things. Things that can become, interact and dissolve again. Things that are reversible, that can be undone,” they explain the collection, which was launched at Atelier Clerici during Milan Design Week.

The algorithmic, generative sense of a swarm is visible in the Sediment structures, comprising electroformed copper 3D-printed lattices resulting from spheres in a volume being subjected to a process of gravity. Similarly, in the Skin panelling system, surfaces of varying dimensions are clustered according to a system of hinges, making it useful as a sound-dampening screen, wall panelling or interior architecture element. The three circular disks of the Orbit mirror are balanced to revolve around a hinge that is the centre of gravity for the three pieces. In its modularity of part to whole, Gravity is a sophisticated extension ofStudio Minale-Maeda’s Lego works. 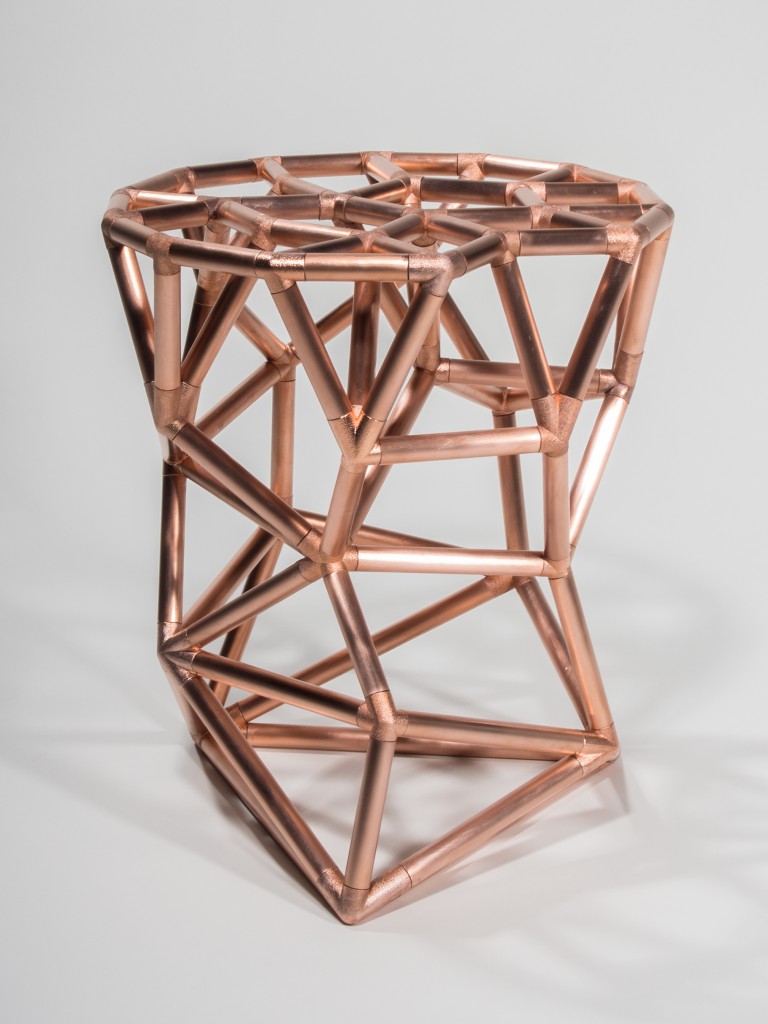 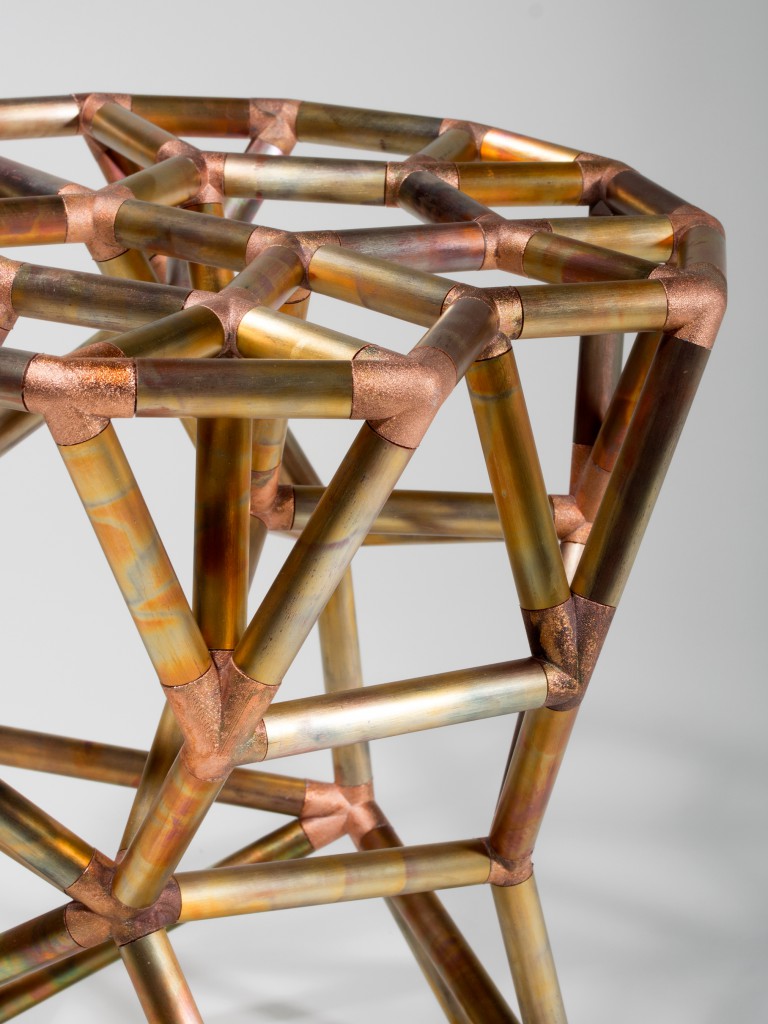 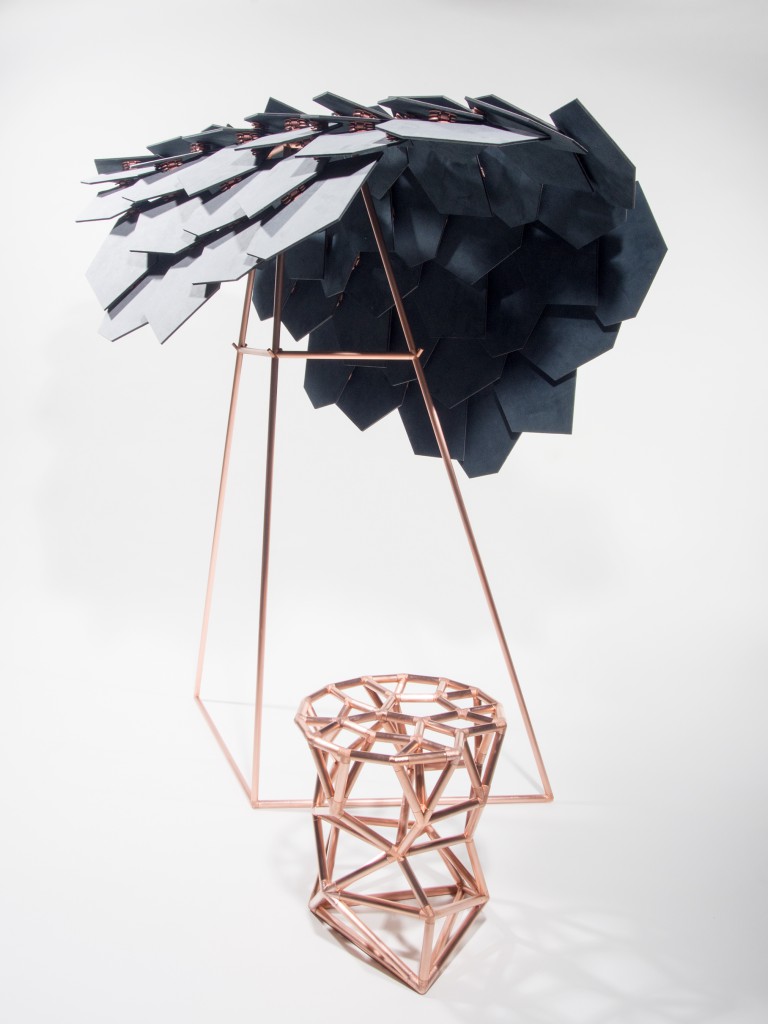 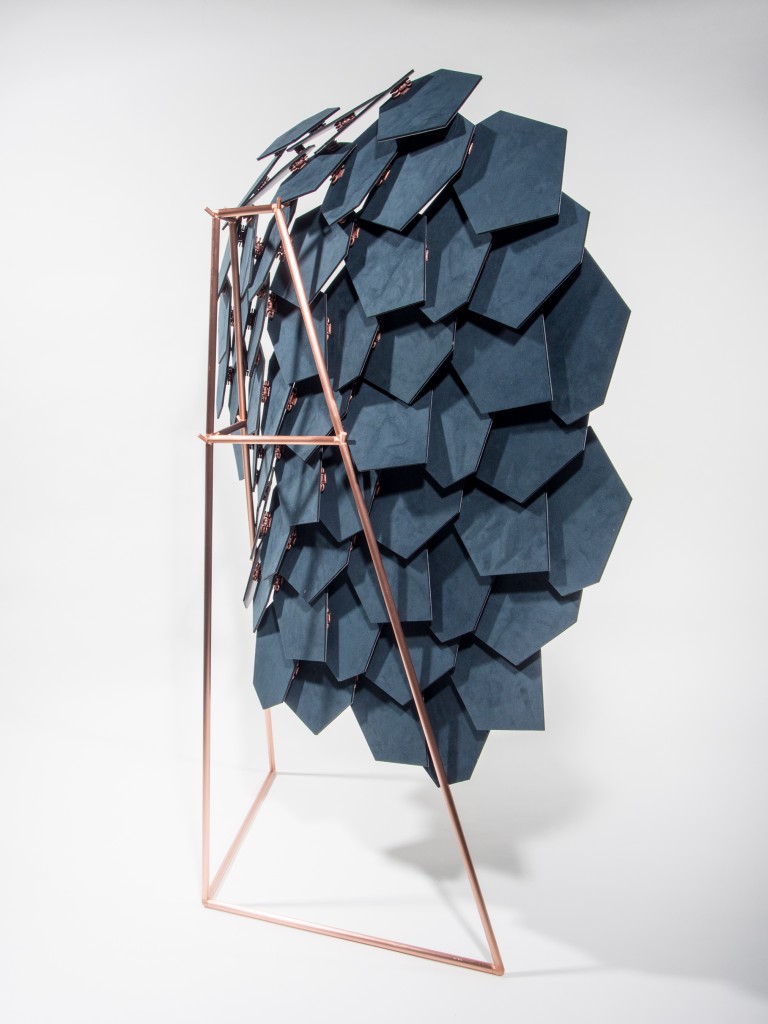 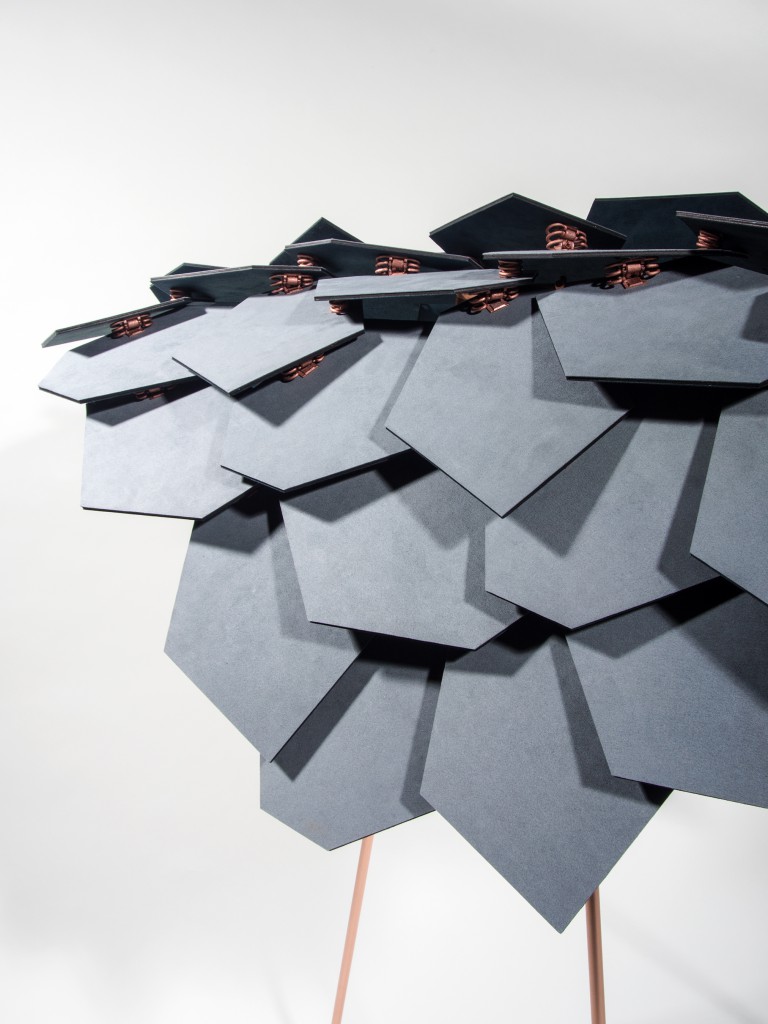 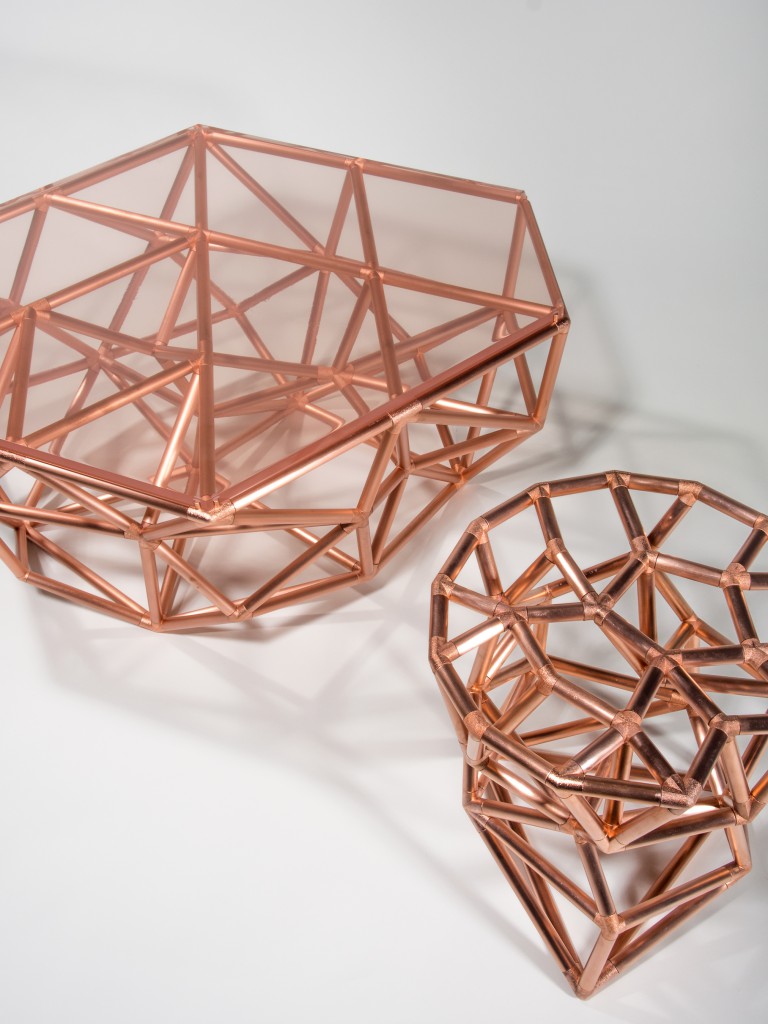 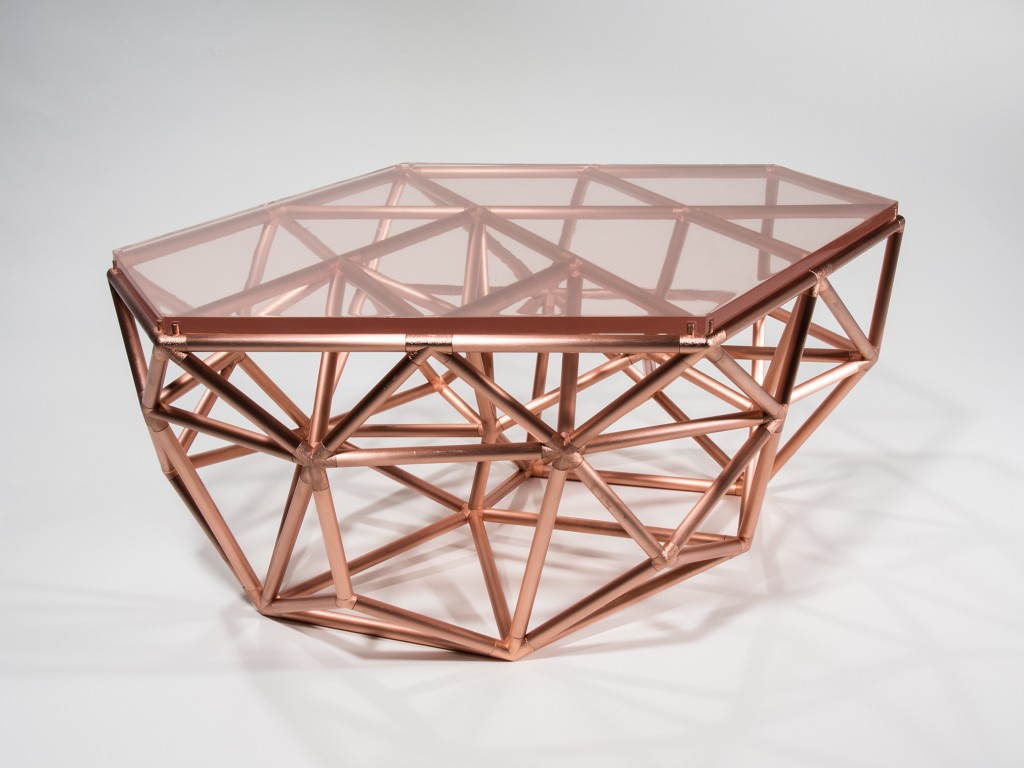 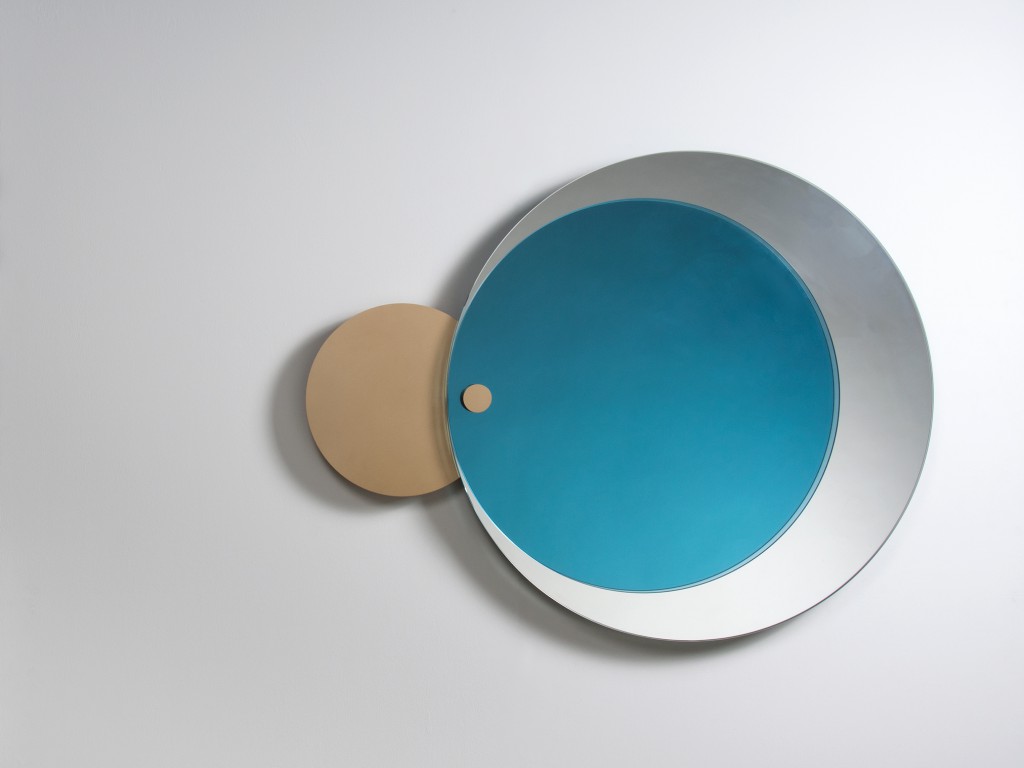 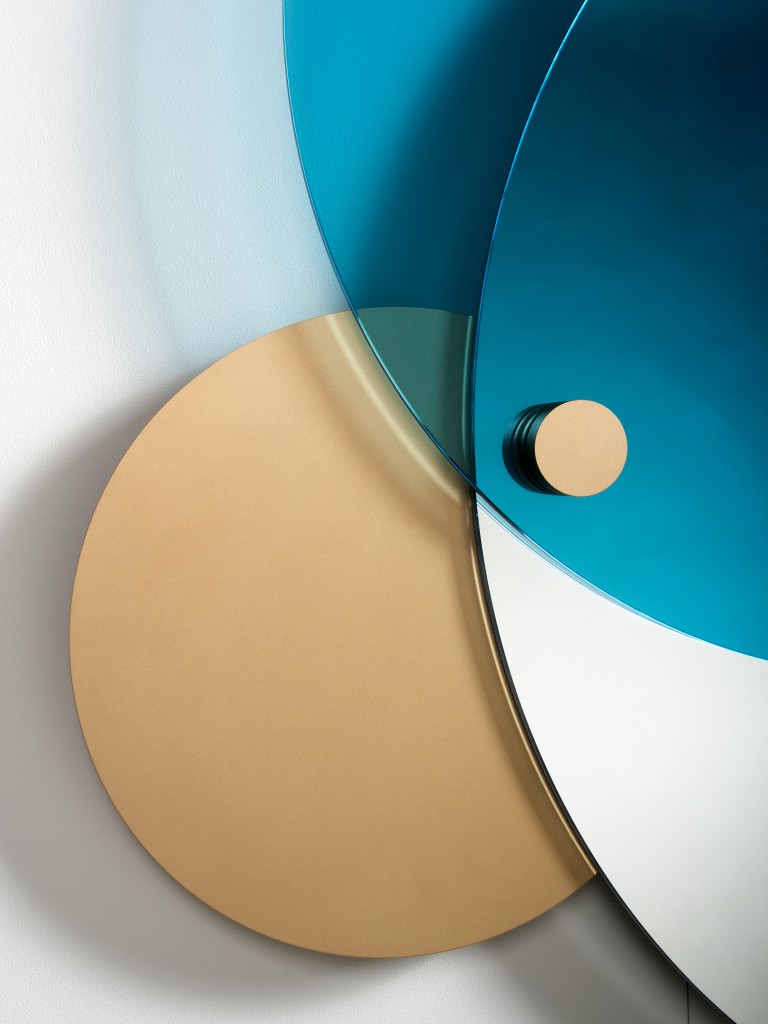 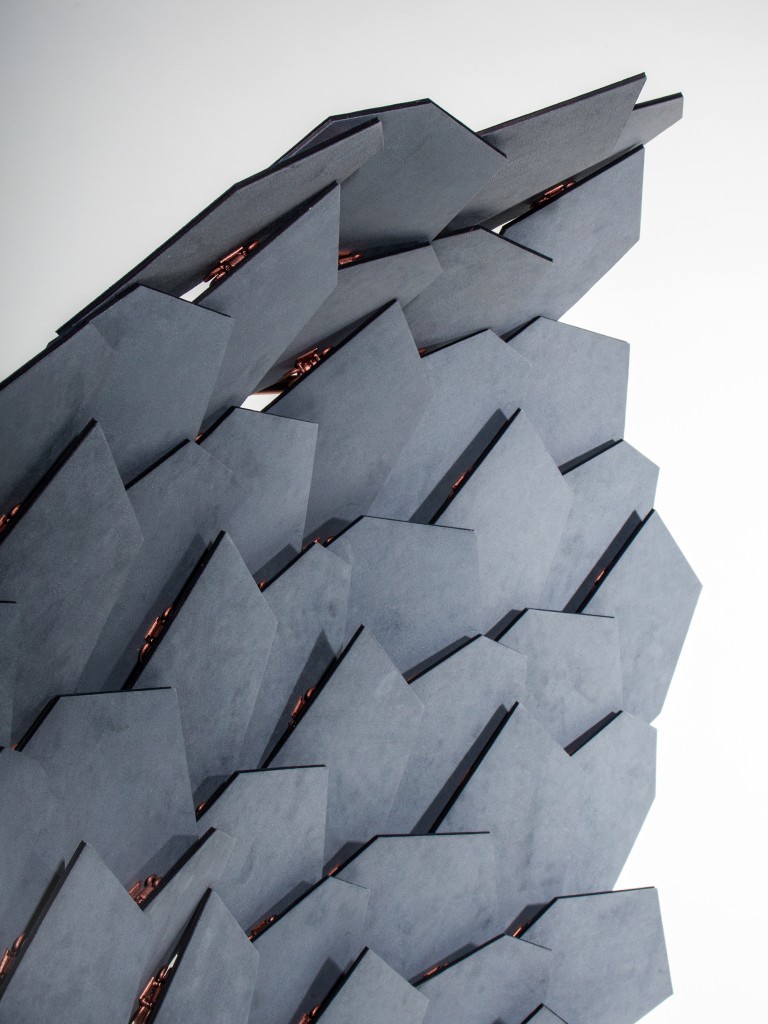