Walking the Tightrope with Haegue Yang

To walk a tightrope is a fine balancing act between to extremes – safety and extreme danger. At the Milan Triennale, Korean born and German-based artist Haegue Yang explores ideas of extremities, tensions and balance in her solo show Haegue Yang: Tightrope Walking and Its Wordless Shadow.

Curated by Bruna Roccasalva and organized by Fondazione Furla and La Triennale di Milano, the exhibition is split across three rooms that develop from the minimal to the abundant and show the artist’s full range of mixed media materials and approaches.

Much of the work is ongoing, being repeated and played out in each of the numerous locations in which Yang has exhibited. These pieces change with each installation depending on the site in which they take place.

A prime example of this is her Thread Installation (2000-2018) and Chalk Line Drawing (2002-2018) in each of these installation Yang adds the dimensions of the room in which they take place, marking the subtle changes that occur in the work with each iteration. In the first room of Yang’s exhibition visitors will find Thread Installation 134.9m2 in which an almost invisible red cotton threads are spread between two walls and slanted at an angle of exactly 1 degree. In the same space is Chalk Line Drawing 81m2 where a sequence straight lines are drawn in red chalk creating the illusion of movement and rhythm. Inside this web of lines sits a third work Communication #1 – A Study on How to Make Myself Understood (2000), in which the artist grapples with the boundaries and tensions between different languages.

In the second room, the artwork is experiential. Entitled Cittadella the installation consists of 176 Venetian blinds that create a multi-sensory citadel. The choreographed lighting and scents of “elsewhere” greet the viewer as then wander through the constructed “streets”.

In contrast to the dim Citadel, the final rooms presents Yang’s work in brightly lit grandeur. The doorway between becoming the tightrope between two extremes of atmosphere and work. This room presents Trustworthies (ongoing since 2010) which is an ever-evolving composition of graphic materials. The Dress Vehicles series is also shown in this room in which sculptural costumes made for dancers become materials for artworks. Yang creates intentionally heavy costumes of splendor so that the physical effort of the performers conveys the tensions between beauty, burden and visceral weightiness.

The progression from minimal to grand takes the audience on a journey into Haegue Yang’s work which walks a thin line between social inquiry, history, personal narratives, collective memory and yielding.

‘Haegue Yang: Tightrope Walking and Its Wordless Shadow’ will be on display at the Triennale di Milano until November 4 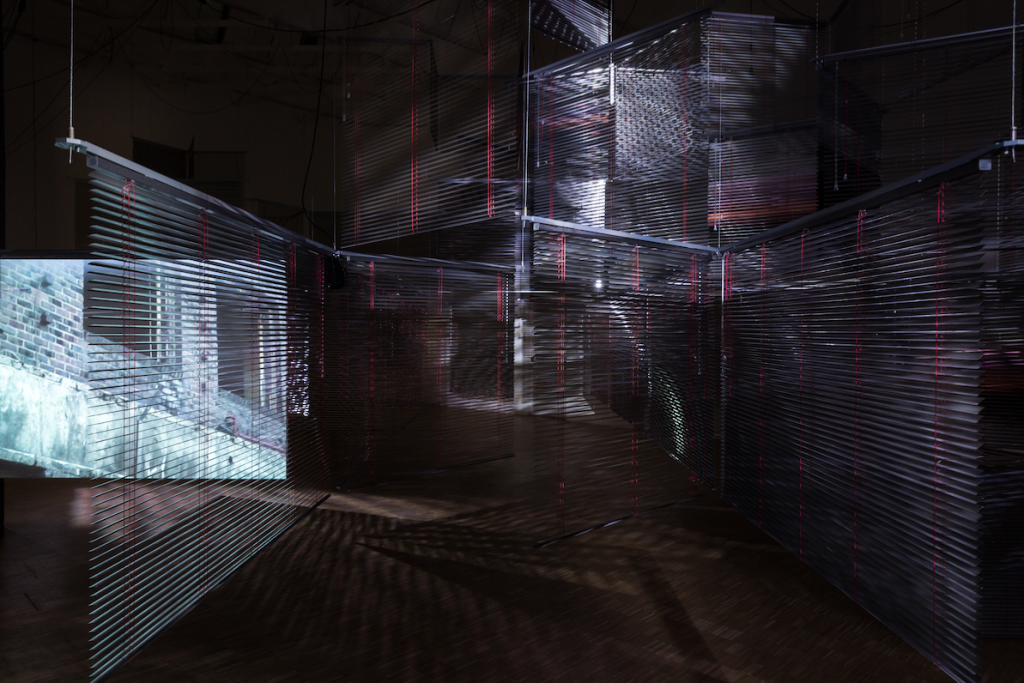 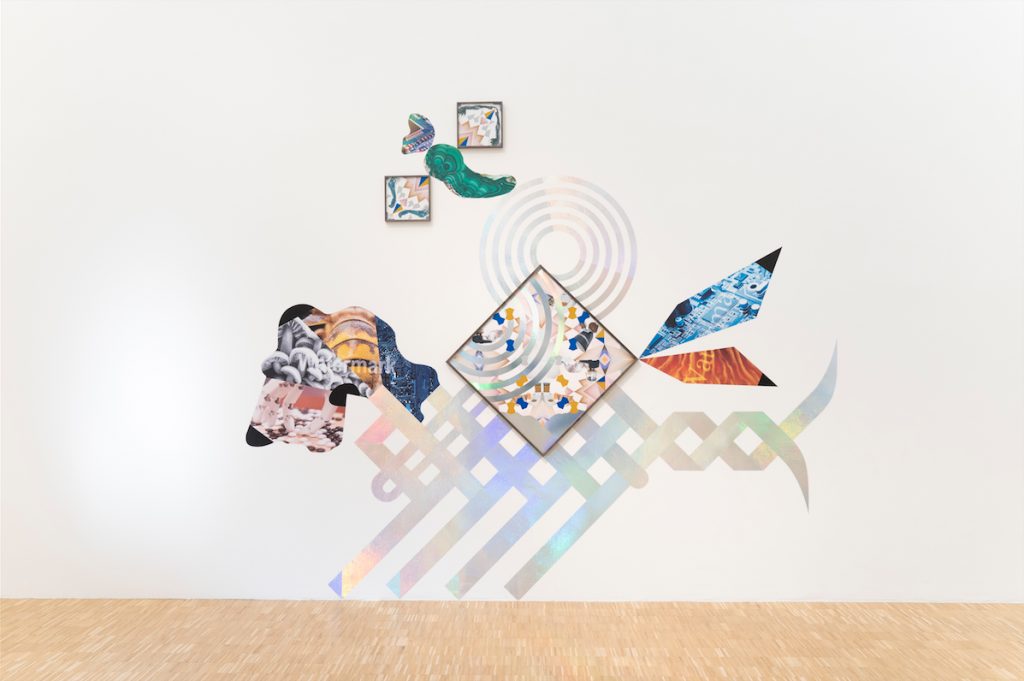 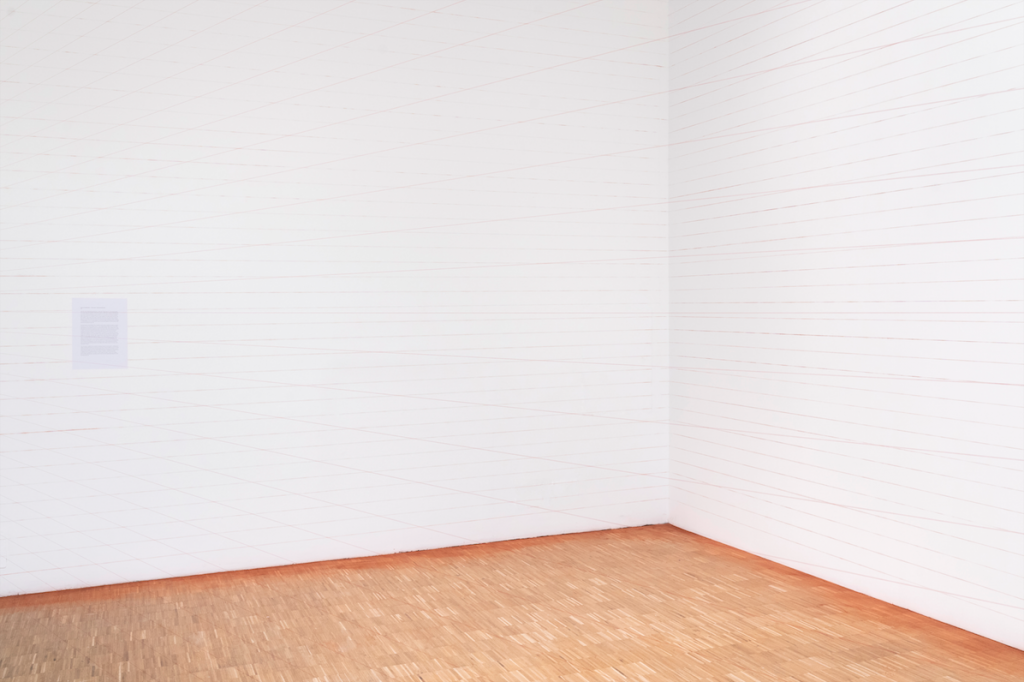 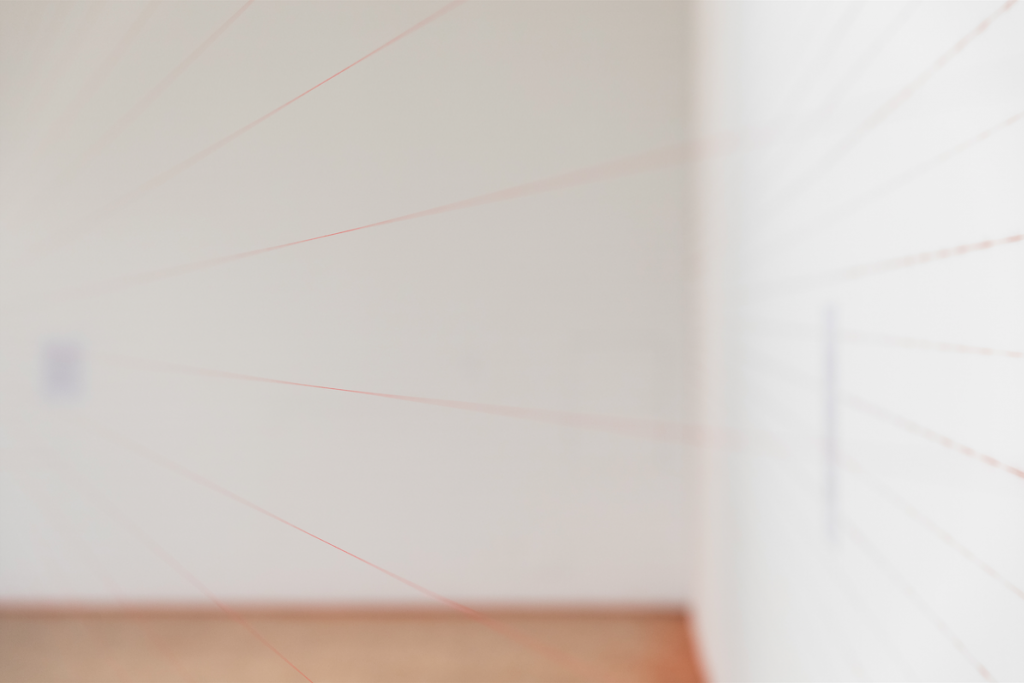 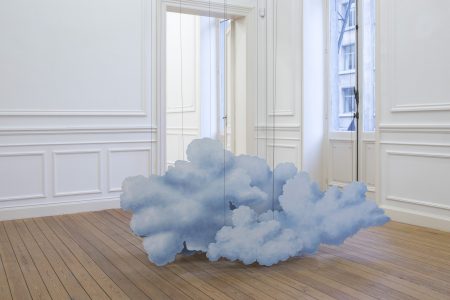