Though referred to principally as a designer, Kiki van Eijk’s artistic practice is varied, moving between art, craft, design, and installation depending on the creative impulse and the needs for the project at hand. Her current retrospective exhibition: Imaginings: Dutch Design by Kiki van Eijk, which opened on September 26, 2020 at the Textile Museum in Tilburg, provides a unique opportunity to experience the creative imagination of Van Eijk and to see the connections between art and life which run through her work. Conceived by Suzan Rüsseler, curator of the museum, the exhibition looks back on two-decades of Van Eijk’s career and is organized thematically rather than chronologically, featuring an in-depth selection of furniture, tapestries, clocks, lamps, and other objects, as well as works-on-paper. Rüsseler invited scenographer Theun Mosk, to help install the exhibition, which became, as Van Eijk says, “a very fruitful collaboration.” We had an instant connection and it brought the exhibition to new level. It can be very difficult to look at your own work and design an exhibition around it and so it was interesting to have someone come in and offer fresh input.”

Imaginings: Dutch Design by Kiki van Eijk includes some of the designer’s most well-known works such as Kiki’s Carpet, the now-iconic, hand knit rug made for her graduation exhibition from the Dutch Design Academy in Eindhoven in 2000, Physical
Interaction (2016), a collection which blends high technology into a subtle commentary about basic needs and re-connecting with nature, as well as objects from her Floating Frames series.

A central theme that runs across the museum’s installation is the importance of landscape and nature in Van Eijk’s artistic practice; Works such as Memories of a Panorama, a series of four large wall tapestries that were made at the Textile Museum in 2013 and reflect the beauty and softness of the Dutch landscape as recalled from Van Eijk’s memories, or Transitions, a four-panel Jacquard weaving that is inspired by the subtle shifts of light and colours that come with the change of seasons, reflect this symbiotic relationship that Van Eijk has with her natural surroundings.

Drawing and sketching has always been an essential part of Van Eijk’s creative process, from initial inspiration to working through ideas for larger works. Examples of these works on paper are found throughout the installation showing how, for example, the weeds popping up between stones in her backyard inspire a rug collection or the vegetables growing in the garden are the source for limited edition tea-towels. Viewers can engage with her drawings even further through the use of an interactive lightbox that allows them to zoom into the details of the works.

Another example of this innovative retrospective exhibition is a room titled “Relations” that includes work by Van Eijk’s partner Joost van Bleiswijk, friend and painter, Marc Mulders, and her son Puk. The idea is to show the different generations and passing on traditions and heritage. It also underscores how much a part of her artistic career is connected to collaboration and community, something which makes her works so engaging.

Launched in September 2020 to coincide with the exhibition is a new book titled Imaginings by Kiki van Eijk. Designed by studio&amp; and published by nai010, the book looks closely at her creative process, particularly her use of sketches, drawings, and works on paper. It features texts, an interview, and a comprehensive selection of images with descriptions. The book highlights her talent, craftsmanship, and above all, her boundless imagination.

Imaginings: Dutch Design by Kiki van Eijk is on view at the Textile Museum, Tilburg, The Netherlands through September 12, 2021.

Photos by Roos Pierson and courtesy of the artist. 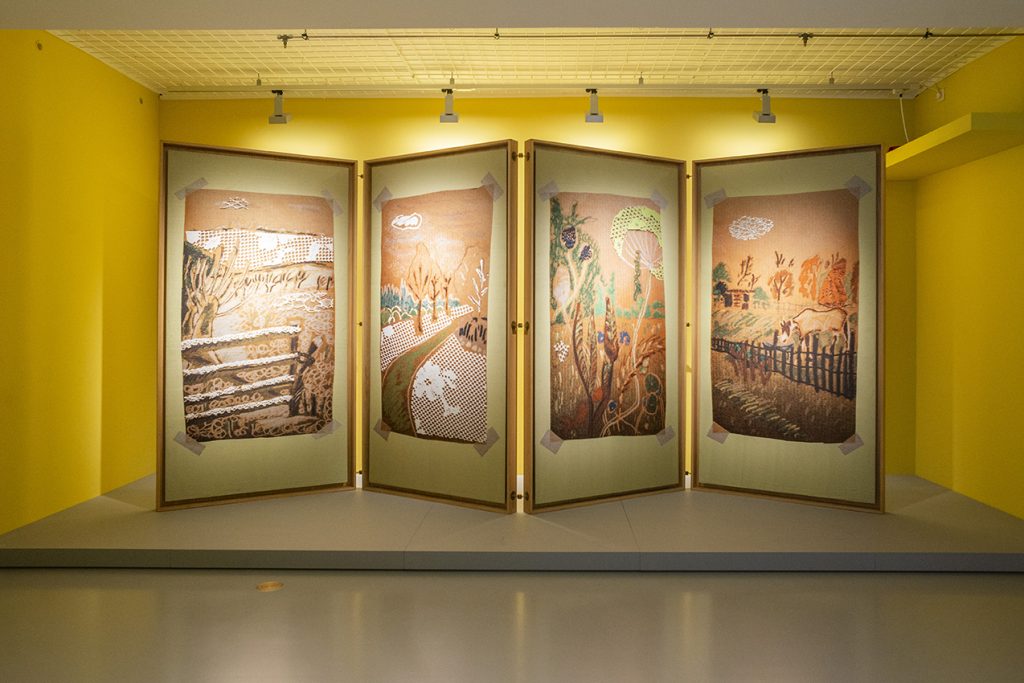 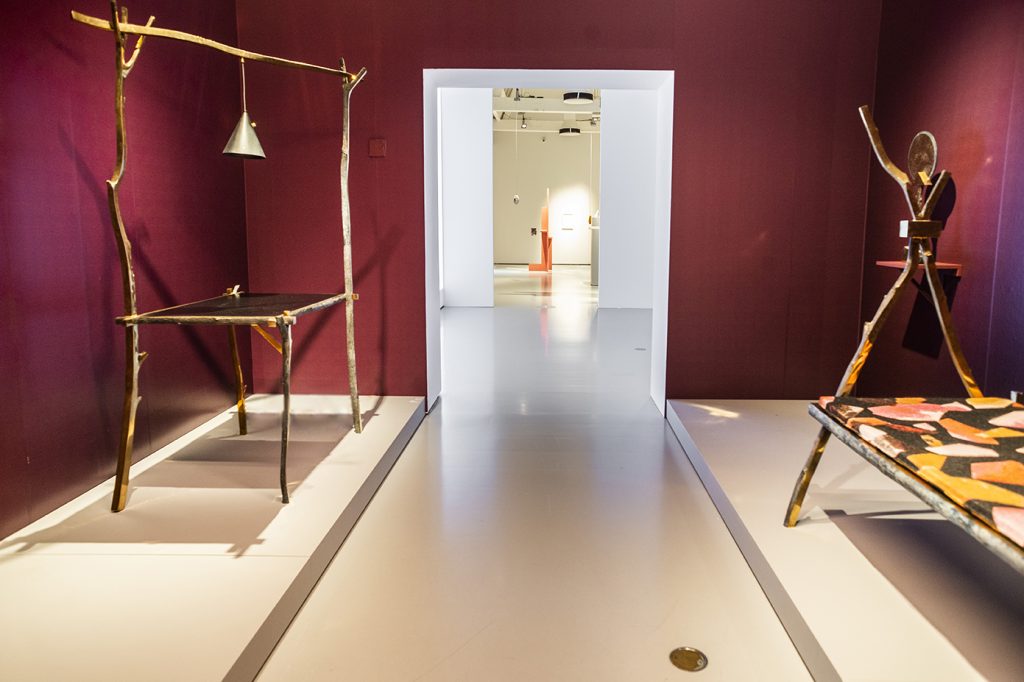 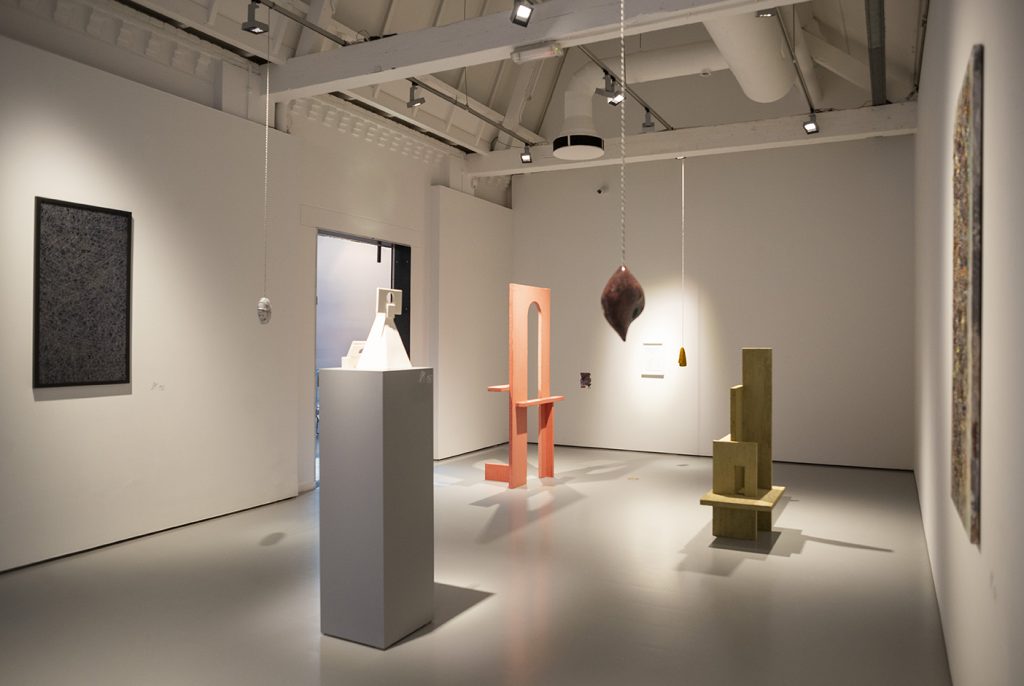 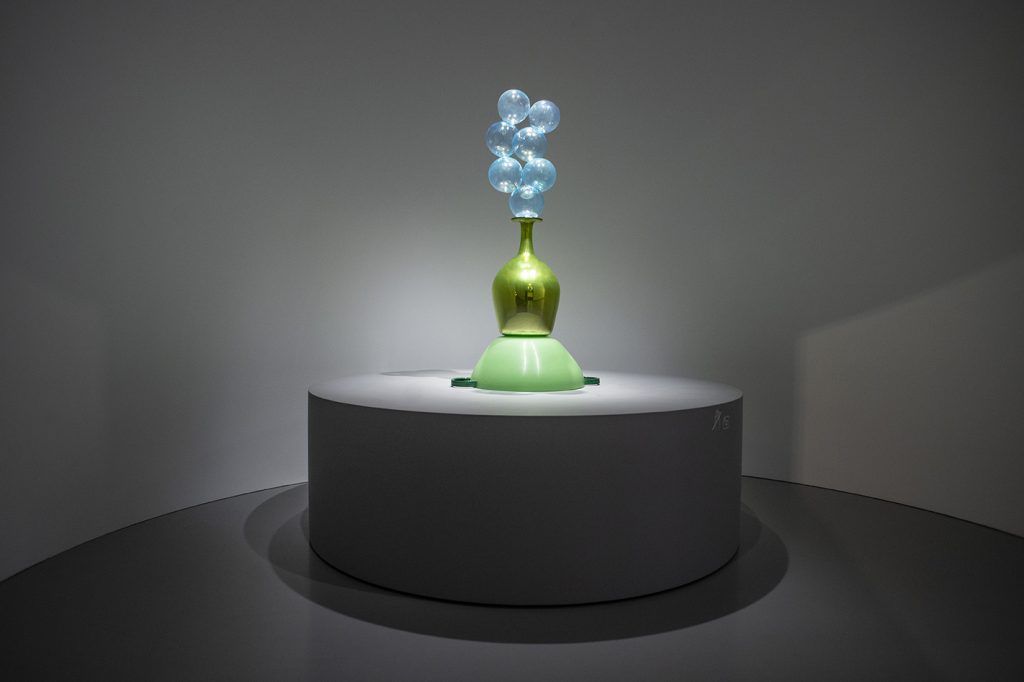 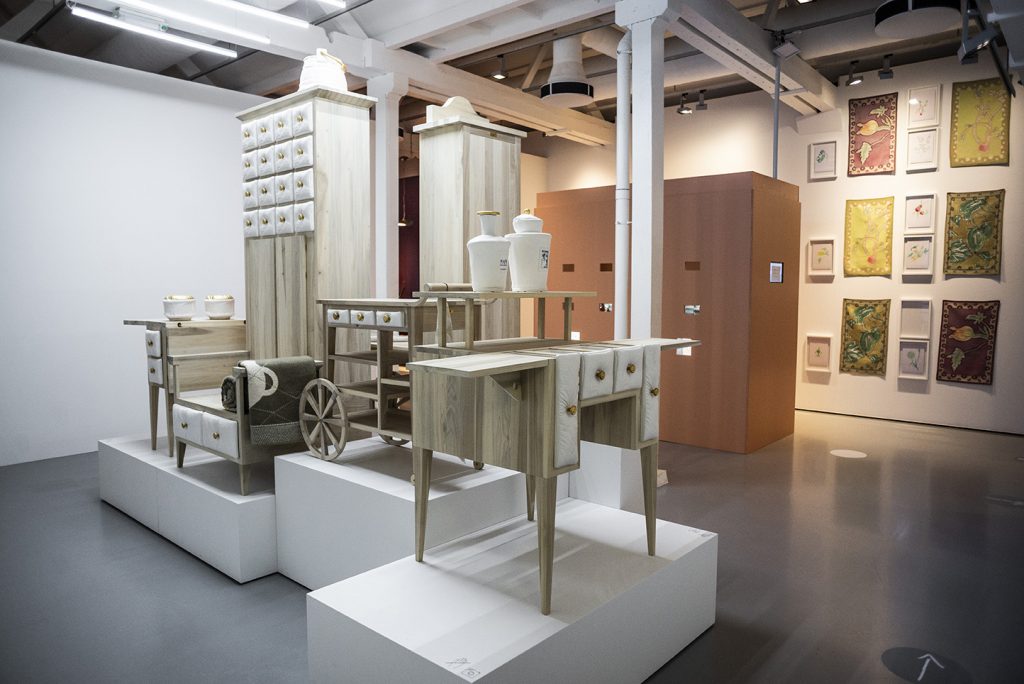 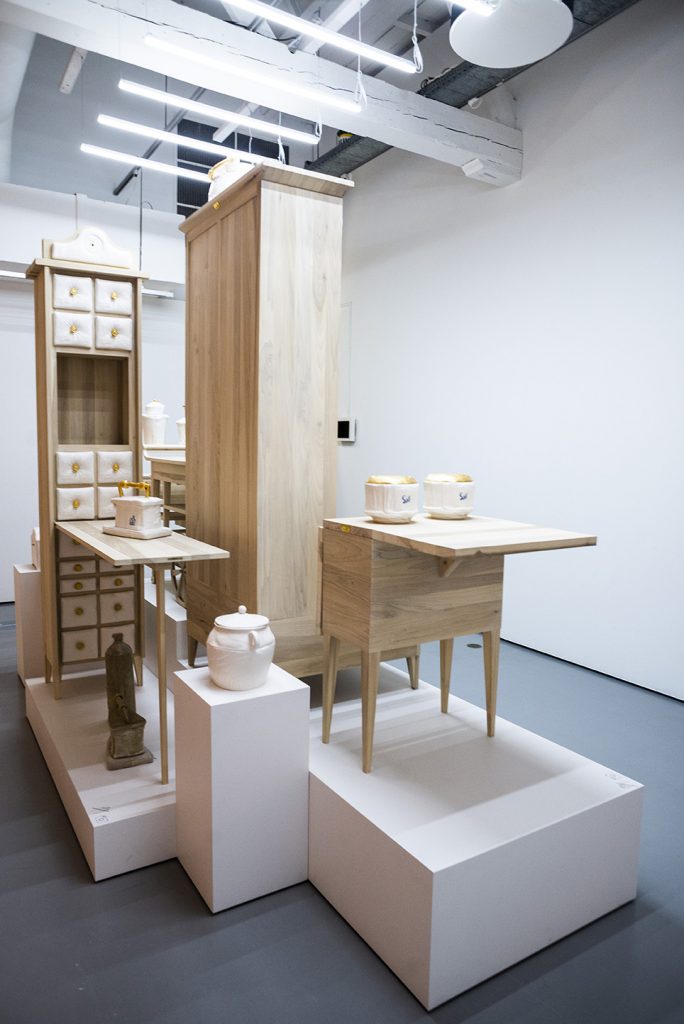 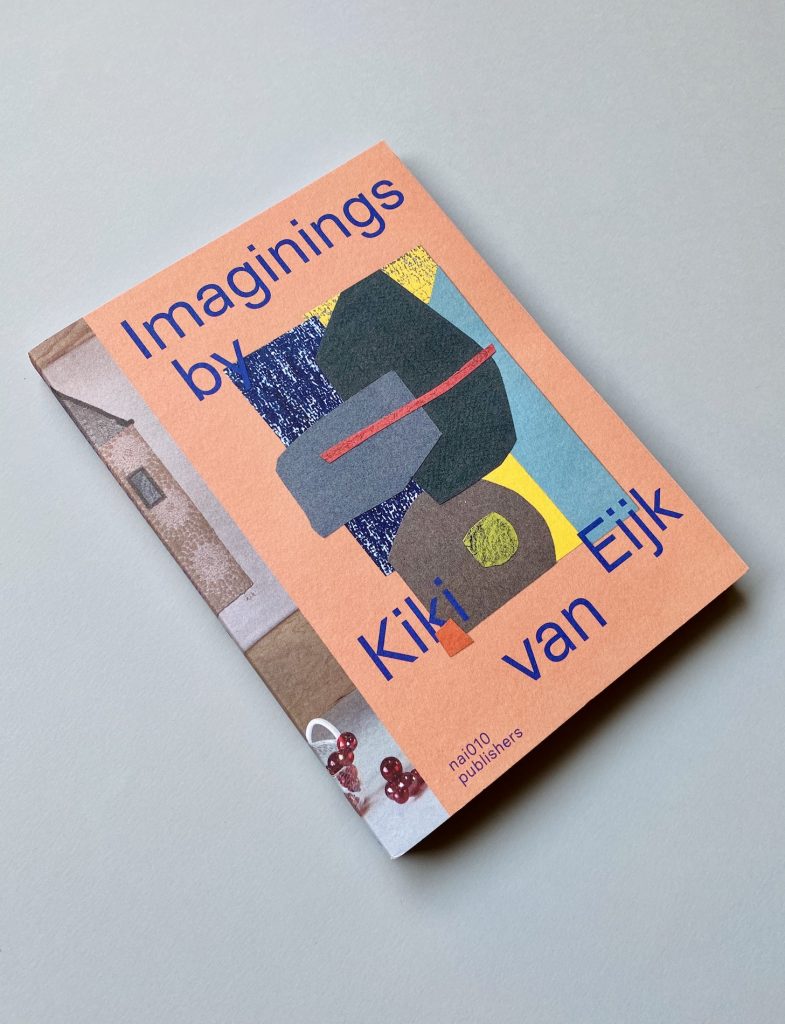 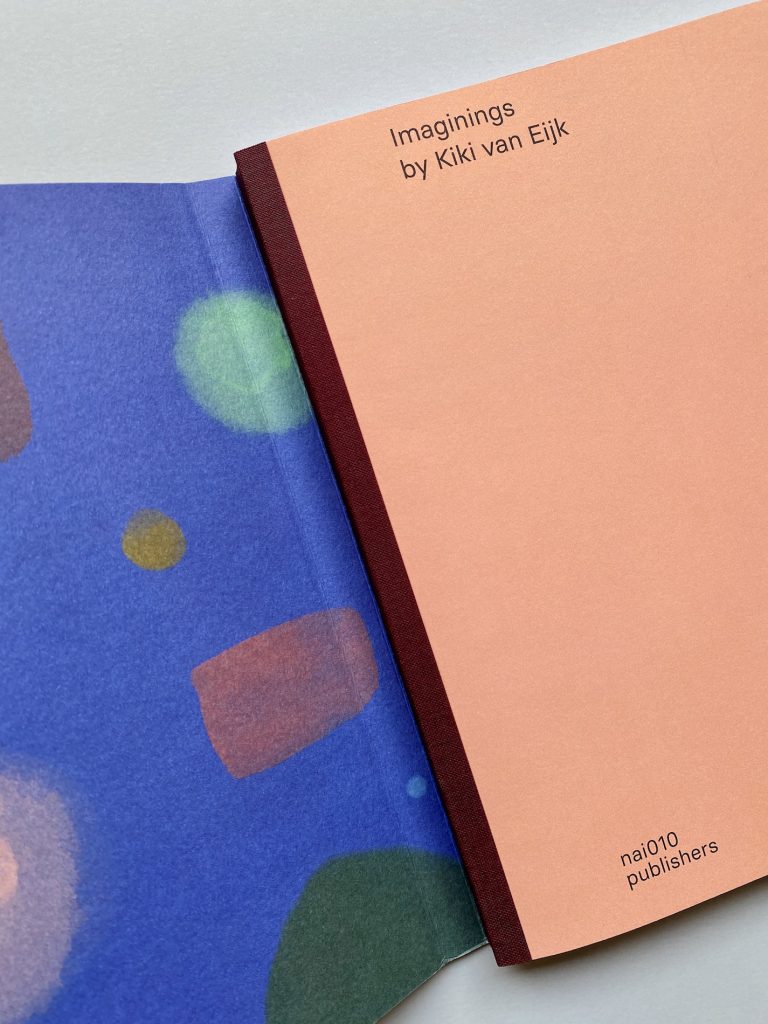