The exhibition is housed within the Project Space, the Jewish Museum’s site for experimental projects, which provides space for contemporary artistic practices while maintaining a critical view on structural themes with which the museum is working. The Museum itself operates at the intersection of art and culture, and is a space for tradition, openness, and debate, with an eye on the future. Created in the lead up to a major retrospective of French photographer Mathieu Pernot, Ellis Island demonstrates this duality of history and modernity.

The exhibition’s title refers to the New York island, situated near Manhattan. As the main port of entry for many immigrant communities arriving to the United States between 1892 and 1924, it symbolised a utopian space in which one’s identity and body is transformed. Nearly sixteen million immigrants – predominantly European, but also from Middle Eastern nations – transited through the island, where they underwent a series of medical and psychological examinations. Georges Perec, a writer of Polish Jewish origin, wrote of Ellis Island in 1979 as a ‘non-place’; a place where one leaves room for dreams and the hope of a better world.

Within the exhibition itself, Ellis Island does not function as a theme or a mere illustration of a rhetoric. Instead, it is a motif or formula; a unit of syntax that has the capacity to reveal a memory or trigger the imagination through the works of the selected twentieth and twenty-first-century artists. The exhibition showcases diverse artworks, from Belgian artist Marianne Berenhaut’s soft ‘garbage dolls’ made from discarded stockings, to a destroyed electric guitar by Naama Tsabar, which invites the viewer to participate directly in the exhibition by playing on the broken guitar to create new scores. Polish artist Alina Szapocznikow exhibits provocative works on paper that are at once sexualized, visceral, humorous and political, while Lawrence Weiner’s words painted on the wall of the museum’s yard formulate statements in a neutral language. Alongside these works and others, Latifa Echakhch’s ‘Hanging Clouds’ series allows the visitor to discover fragments of history in objects that are almost derisory, but also represent the artist’s childhood reminiscences drawn from the depths of memory.

Ellis Island is on show at the Jewish Museum of Belgium Project Space until 29 August.

Images courtesy of the Jewish Museum of Belgium. 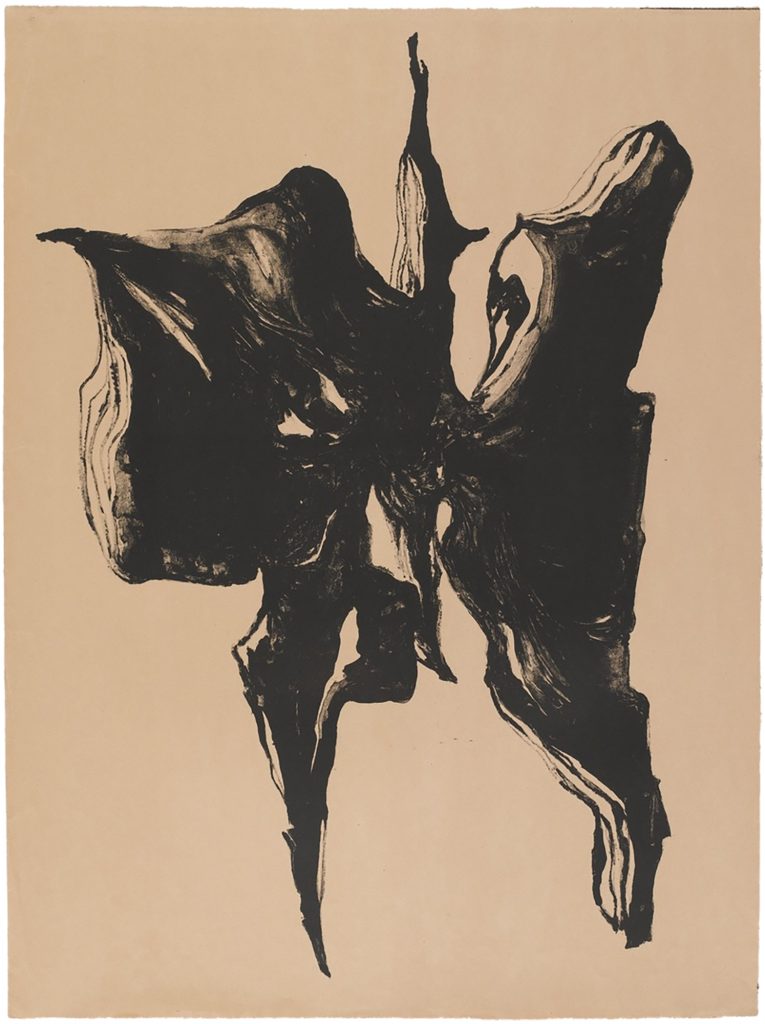 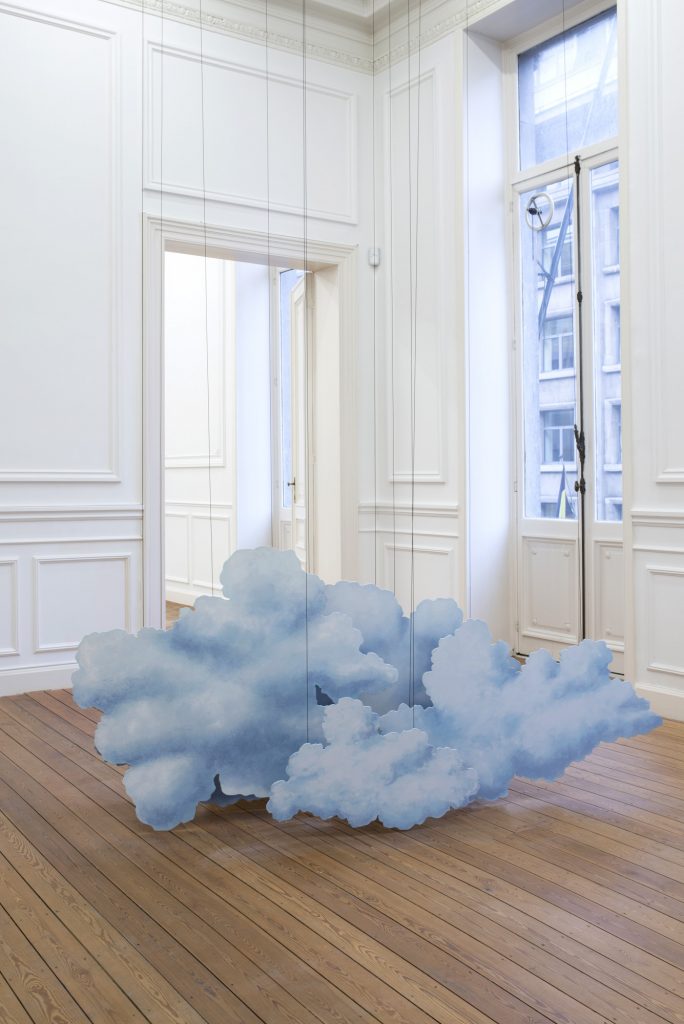 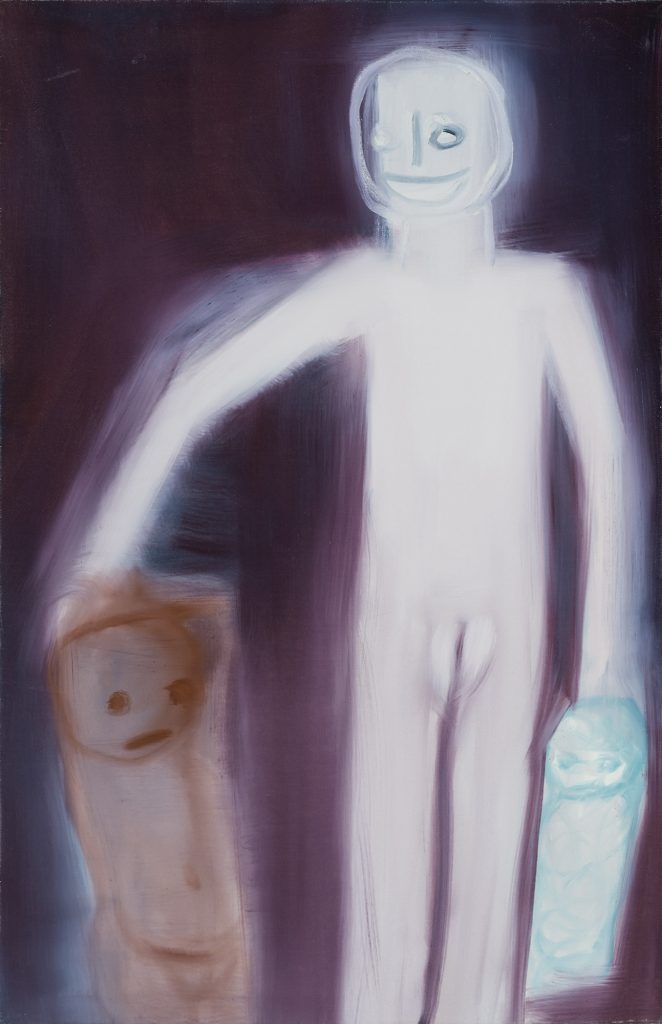 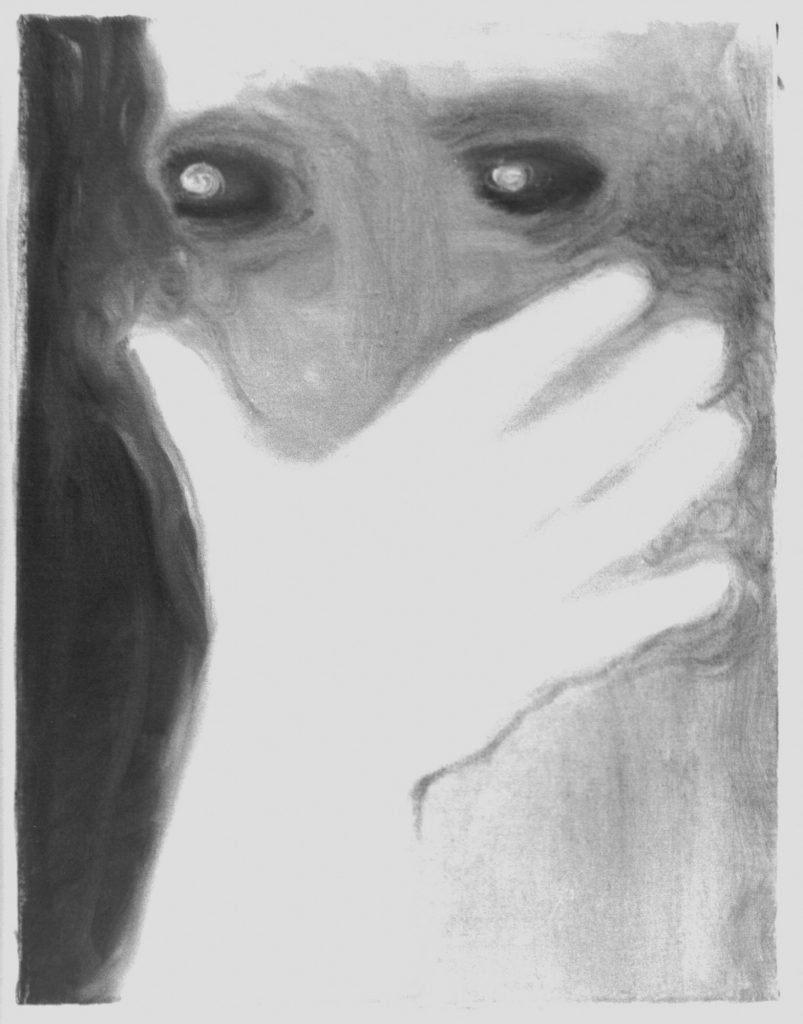 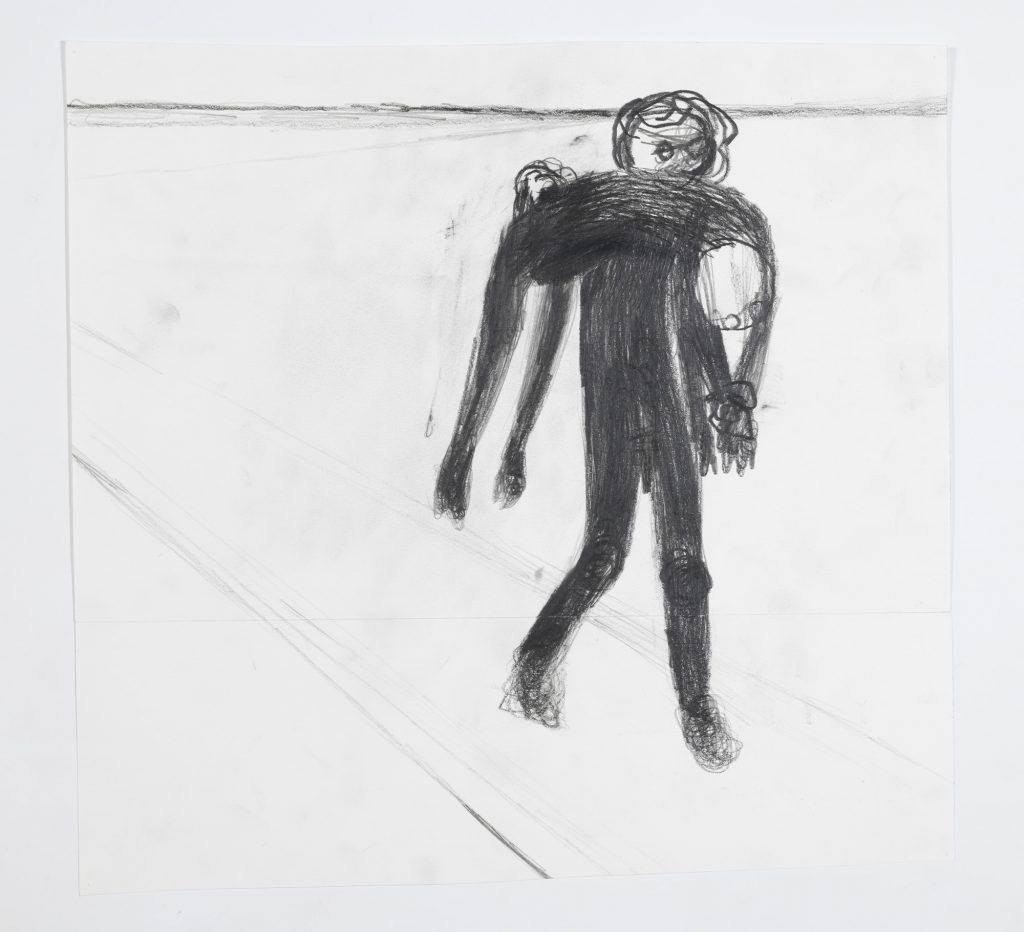 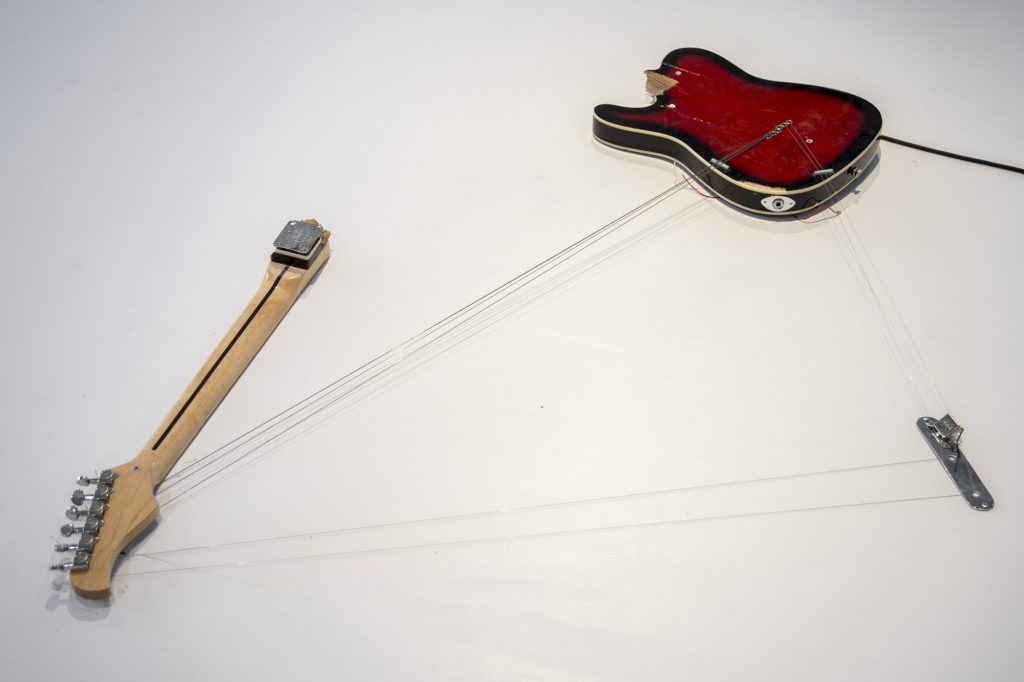 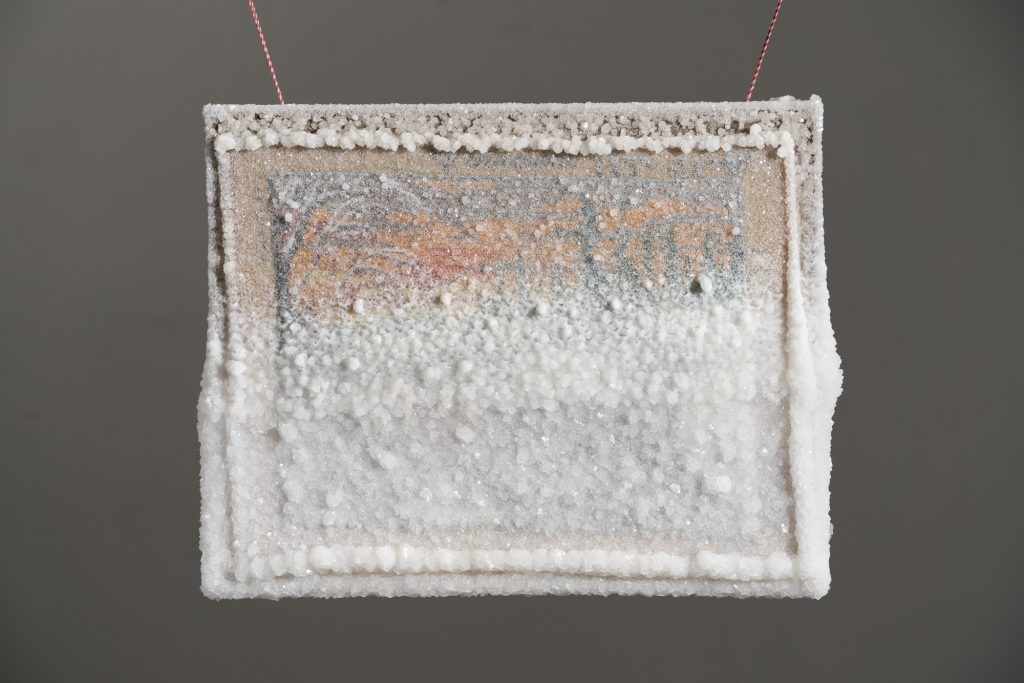 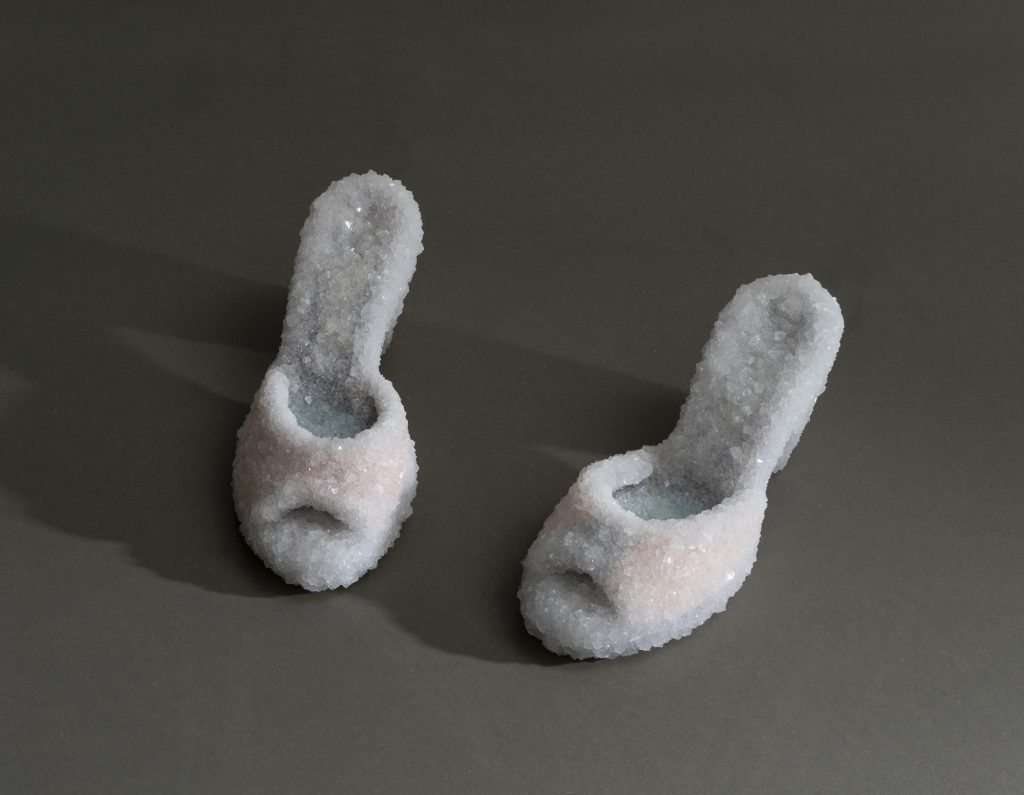