The Bauhaus abode, Breuer’s only example of residential architecture in Germany, has been restored and fitted with the designer’s pieces for Thonet

After World War II bombings destroyed the first version of the Harnischmacher Villa, built in 1932, the German family commissioned Marcel Breuer to build a new one in the same Wiesbaden plot. The result, completed in 1954, received the Bund Deutscher Architekten award one year later and is classified today as a historical monument.

The family that now occupies the villa painstakingly restored it between 2011 and 2014. In line with their vision for authenticity, they’ve honoured the character of its creator by furnishing the house with the tubular furniture that Breuer designed for Thonet in the late 1920s.

The overall selection includes more than ten different pieces from the company’s portfolio, including cantilever chairs, lamps and tables. The dining room, for example, includes eight cantilever S 64 chairs —one of Breuer’s now classics— grouped around a long, wooden S 1071 table —an homage to the polymath’s tubular steel predilection, designed in 2004 by Glen Oliver Löw.

In the living room, the spotlight is on an S 35 lounge chair in brown buffalo leather, a historical item on its own: Breuer created its original design in 1929, and a year later it was presented at the Grand Palais in Paris as part of the Deutscher Werkbund.

The S 40 garden chairs outside are a direct reference to Mart Stam’s S 43 classic pieces from 1935, while a group of chairs from the Thonet All Seasons collection can be seen on the roofed terrace. But it’s not just chairs: the bungalow is also furnished with various versions of the popular B9 side table.

The tubular steel theme is a recurring motif throughout the house, with a good reason: it is a visual reminder of a relationship that started more than 70 years ago: the link between Marcel Breuer’s Bauhaus-inspired vision, the production values of Thonet and the aesthetic authenticity of the Harnischmacher Villa. 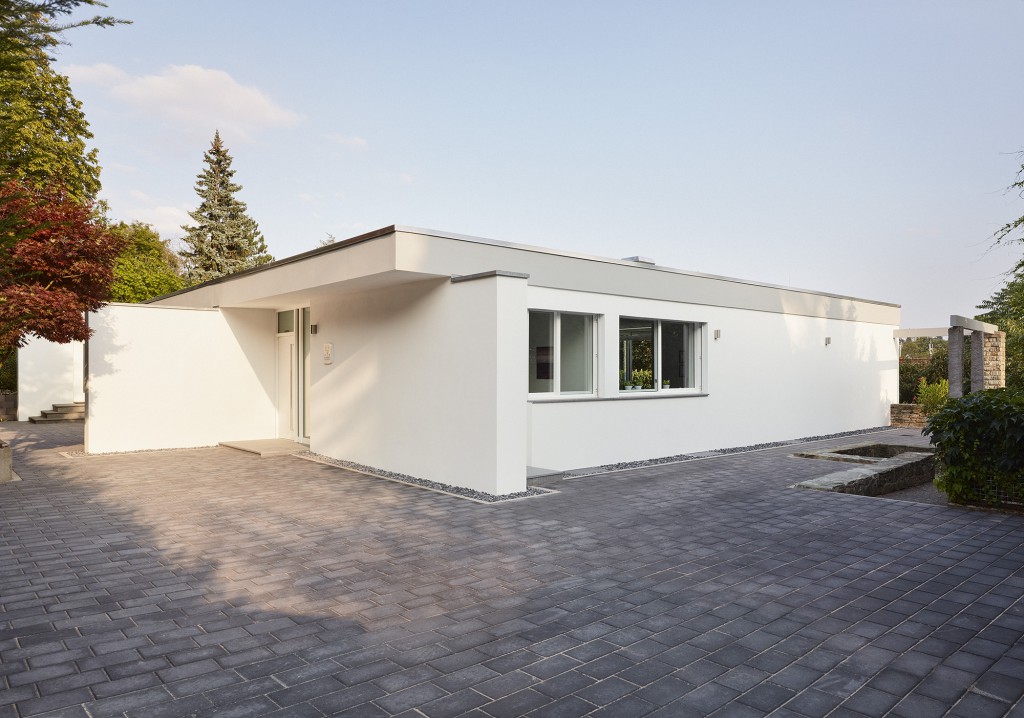 Exterior view of the villa. Image by Thonet/Achim Hatzius. 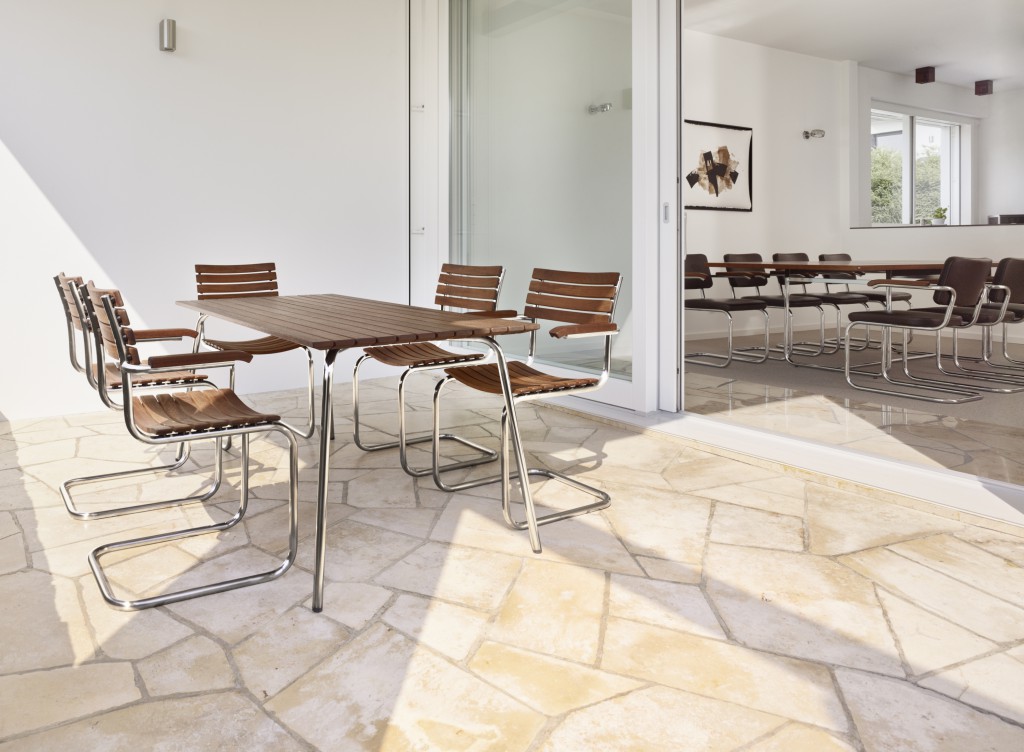 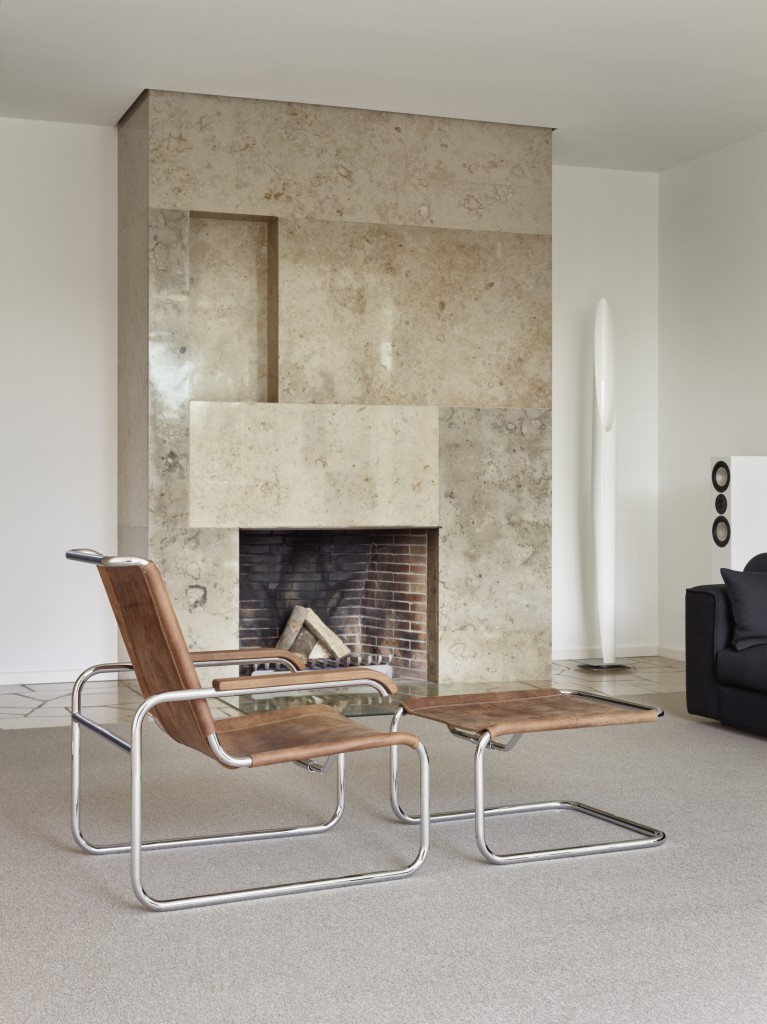 An S 35 chair in brown buffalo leather in the living room. Image by Thonet/Achim Hatzius. 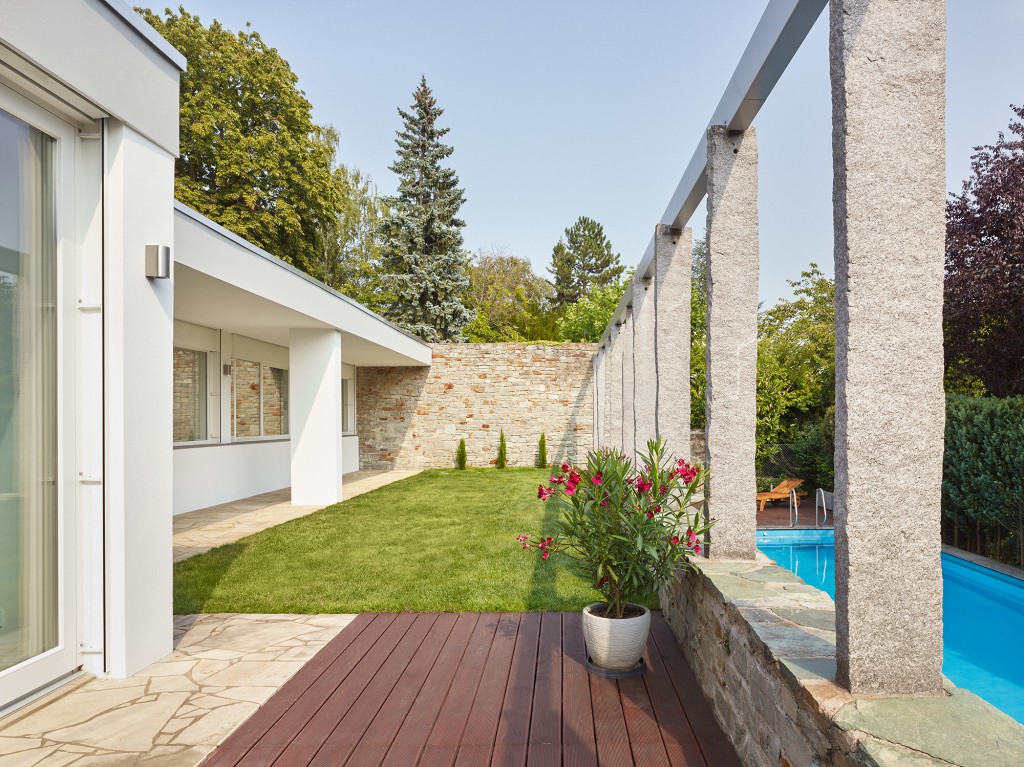