Natutama: Life Beyond the Amazon Rainforest

This poetic monochromatic photo series by Brazilian-American photographer Eliseu Cavalcante documents his 2500 mile journey down the length of the Amazon River – capturing the life of the people who live on its shores.

Natutama means “The world under water” in Ticuna, a language spoken by approximately 40,000 people in Brazil, Peru and Colombia. This photo project wasn’t developed in a journalistic nature, but a visual experience of a different Amazon than most people imagine, specifically when you add the human element. Eliseu Cavalcante‘s 2,500-mile journey by riverboat down the length of the Amazon River and its tributaries to capture the life of the people who live on its shores. Cavalcante wanted to show a different Amazon than most people imagine, specifically the human element. Many picture the Amazon as an exotic jungle where animals outnumber humans. But development –– especially as the population grows in the Amazon region –– is an important reality and one that cannot be ignored in conservation efforts.

Cover Photo: Peruvian Amazon – A man stands next to a lake called Death Lagoon, since a man-eating anaconda lives there. 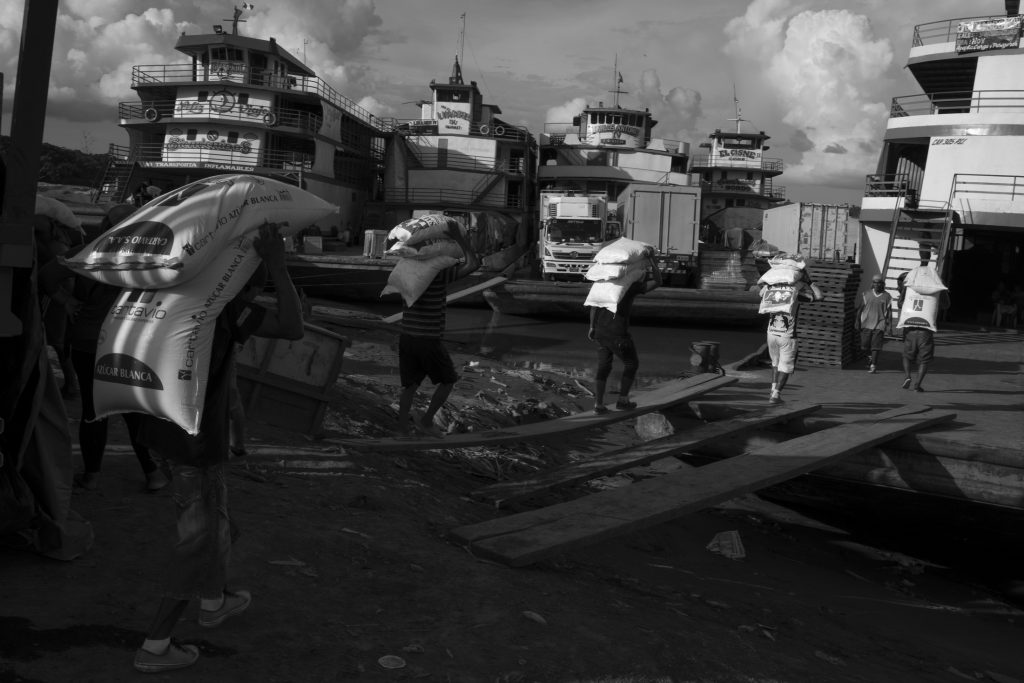 Port of Yurimaguas, Peru - Men carrying 220 pounds of salt and sugar on their backs to load on the boats. 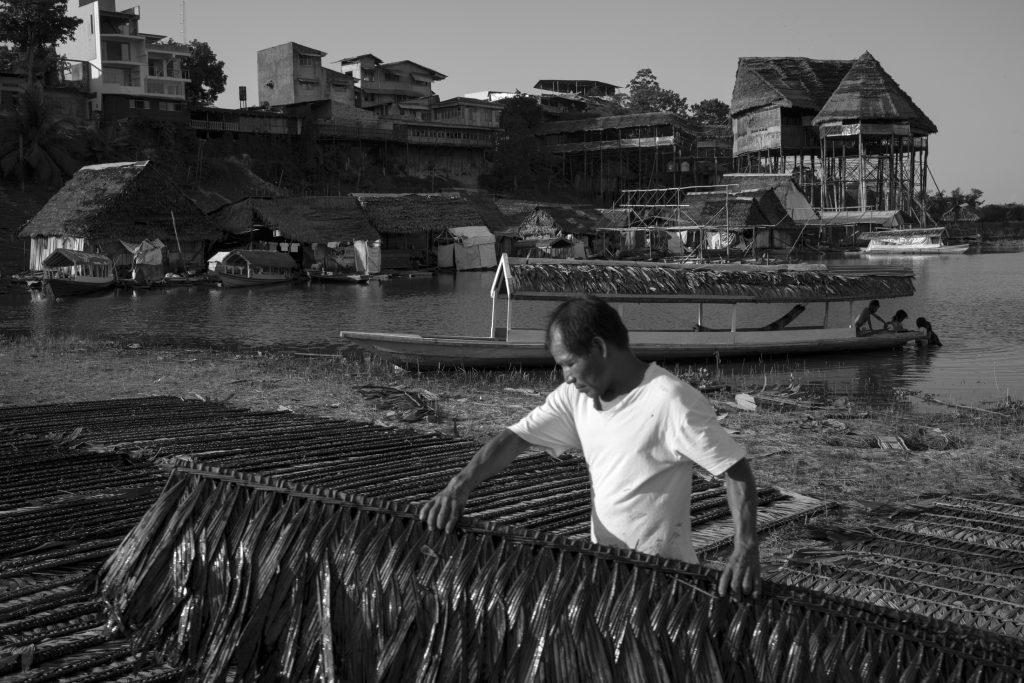 Mr. Alcides drying the palm leaves to use as a roof for his house. 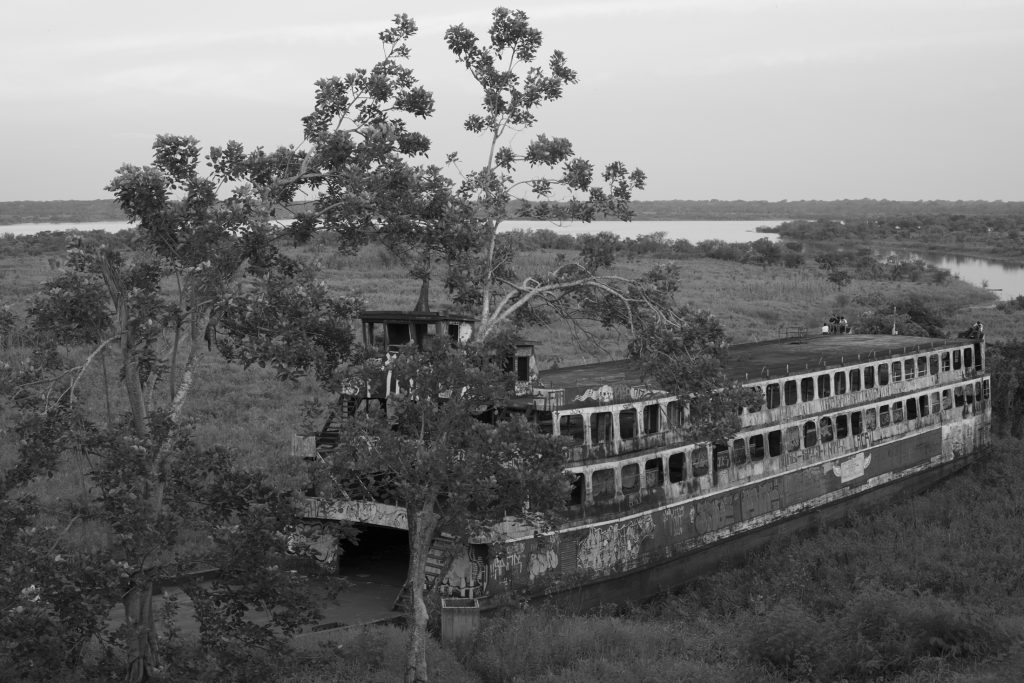 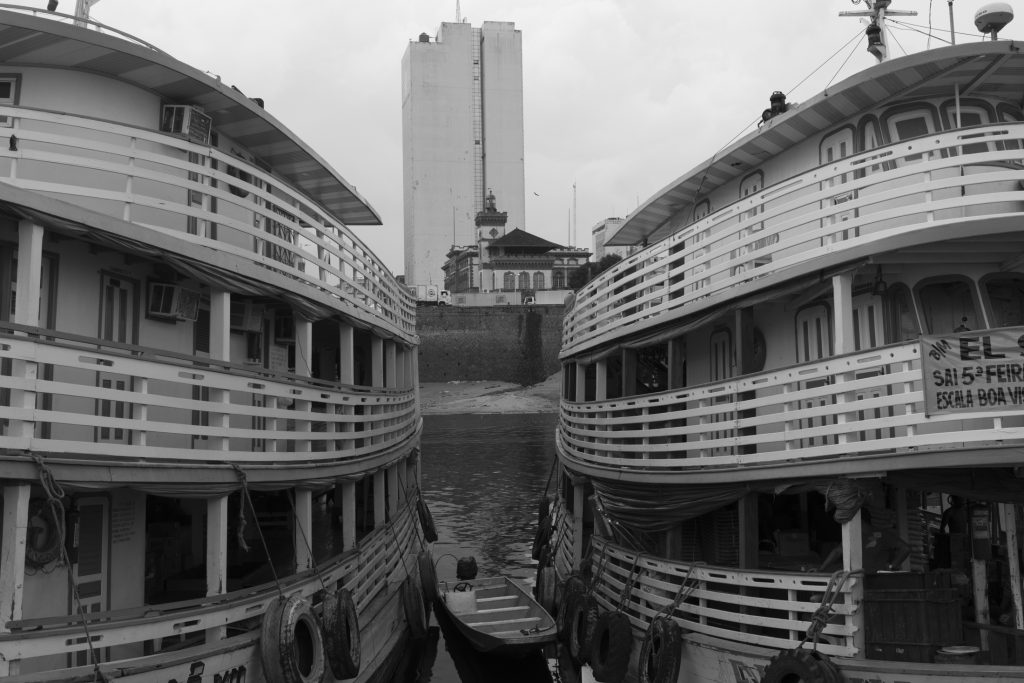 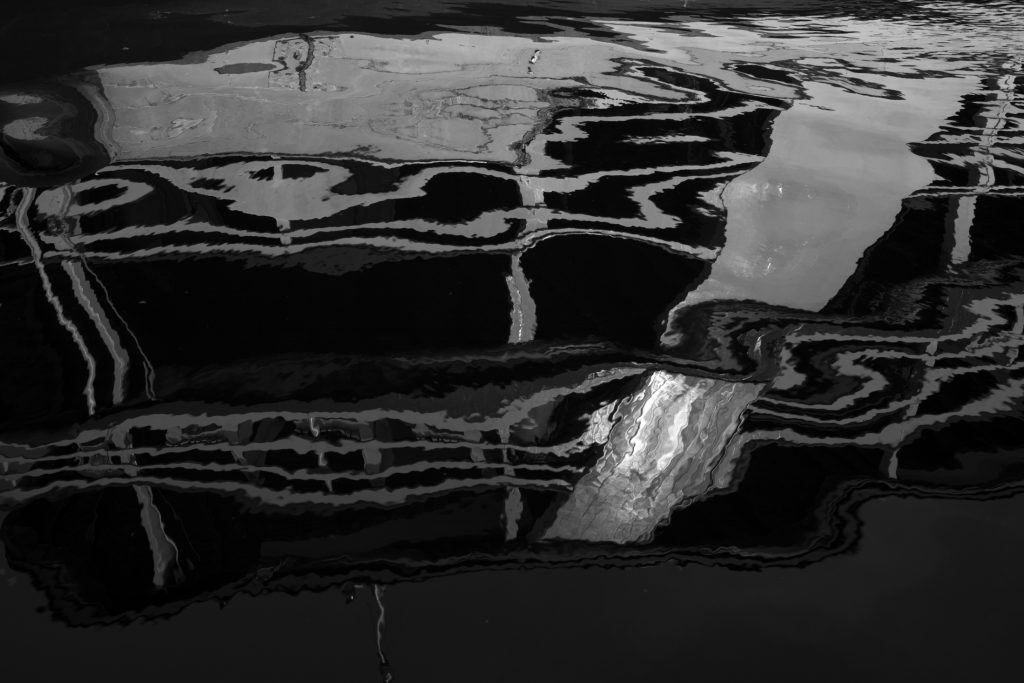 Reflections on the dark waters of the Rio Negro river. 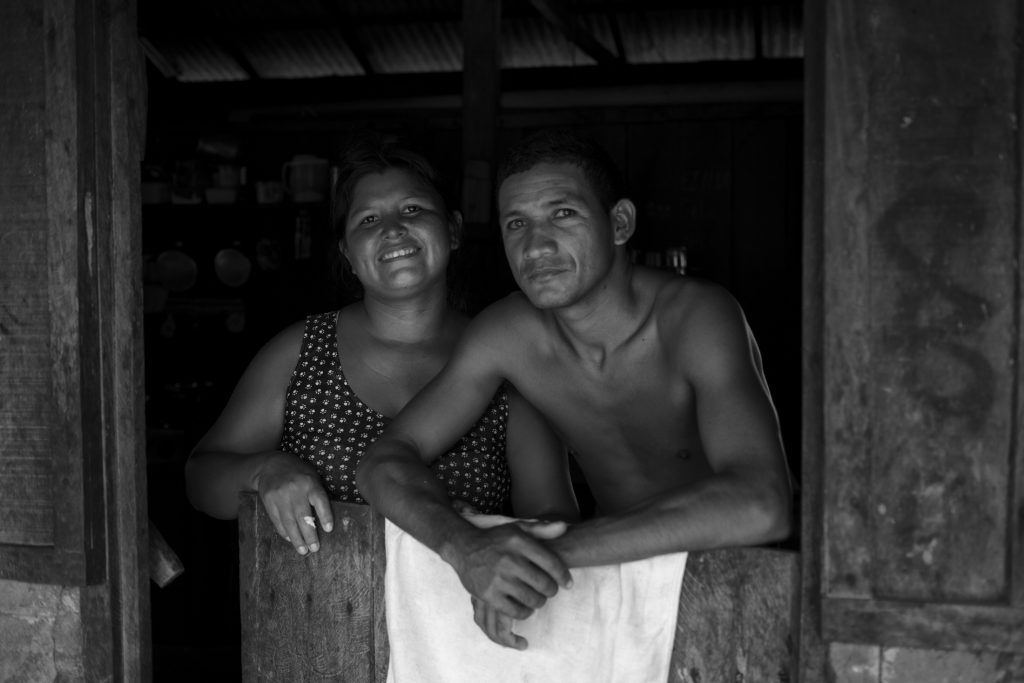 Typical Brazilian family that lives on the banks of rivers. They are called "Ribeirinhos. 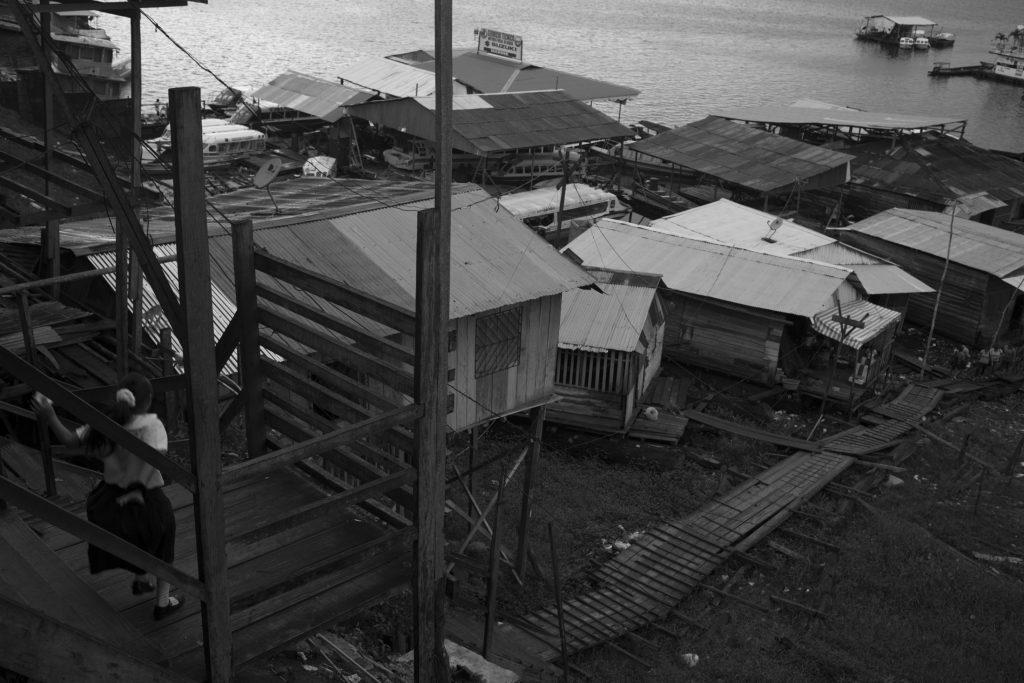 Floating Houses in Iquitos, Peru - Depending on the tide, the houses go up or down with the river. 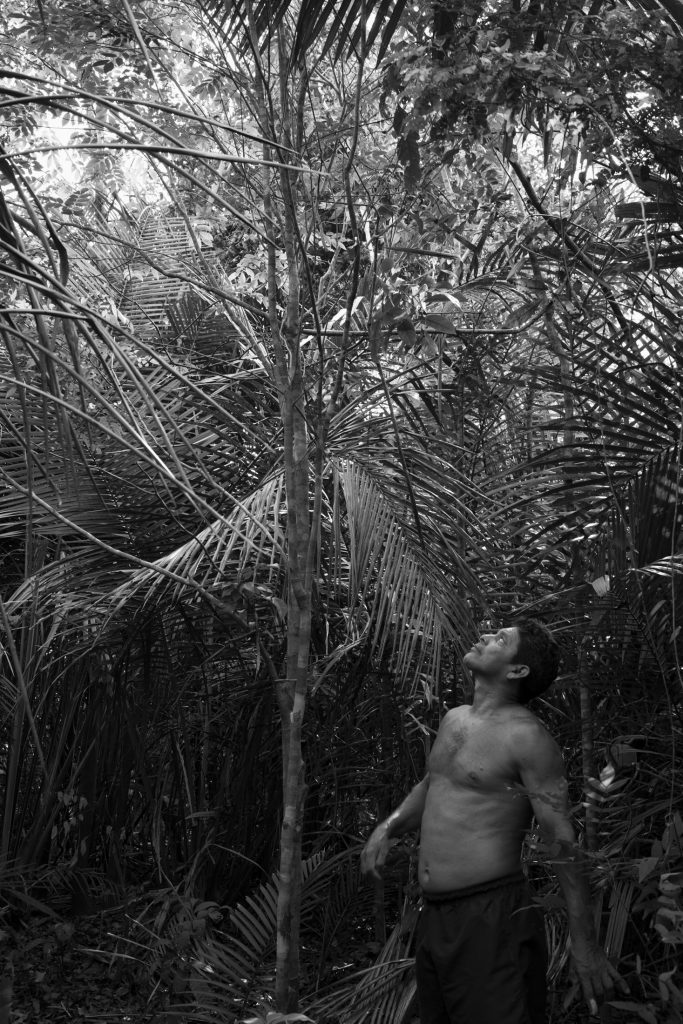 Mr Taquinho looking at his recently planted copaíba tree in the margins of the Tapajós River. 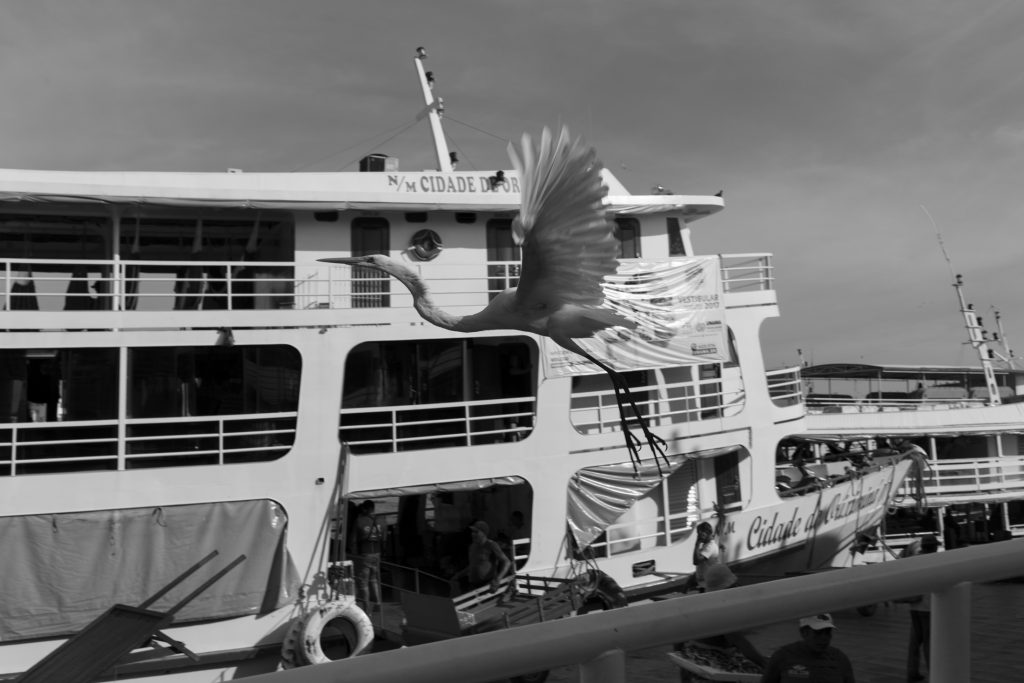 An egret flies in between boats at a port in Brazil, showing nature learning how to adapt to human development. 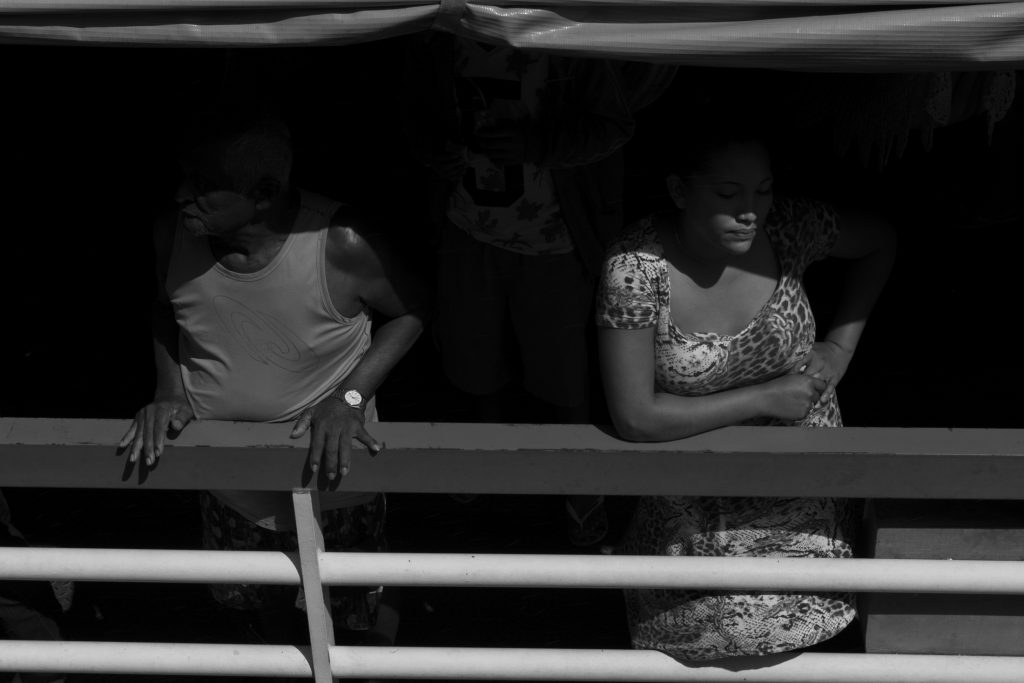 Time - A man and a woman waits for the boat to depart for the next destination. It can take hours or even days for the departure. 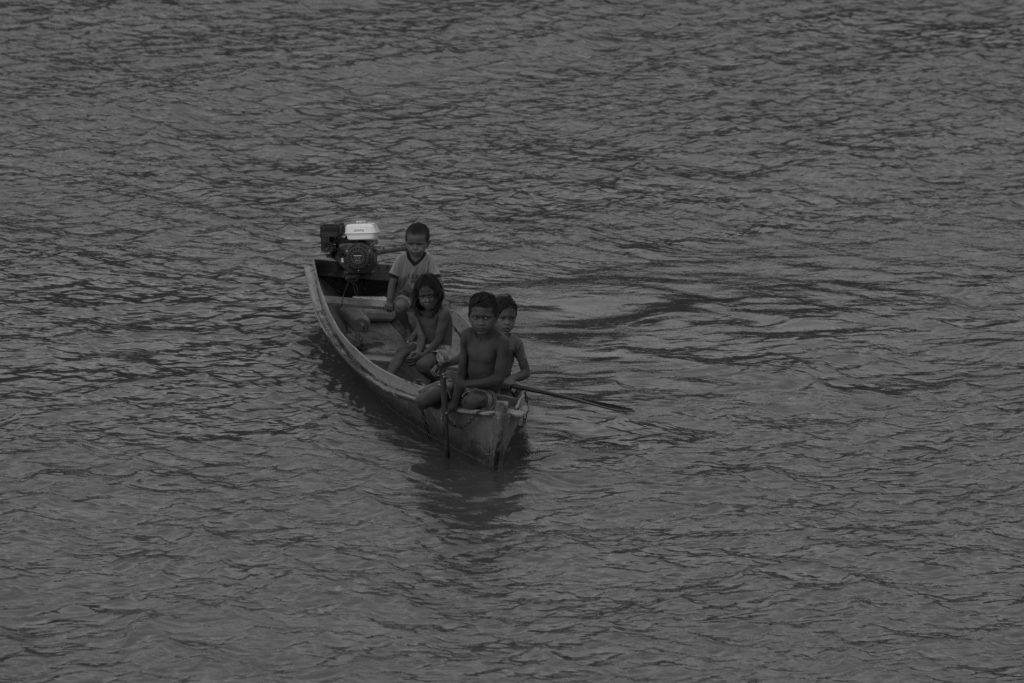 A group of children in the Amazon River waiting for people to throw food from the ferries. 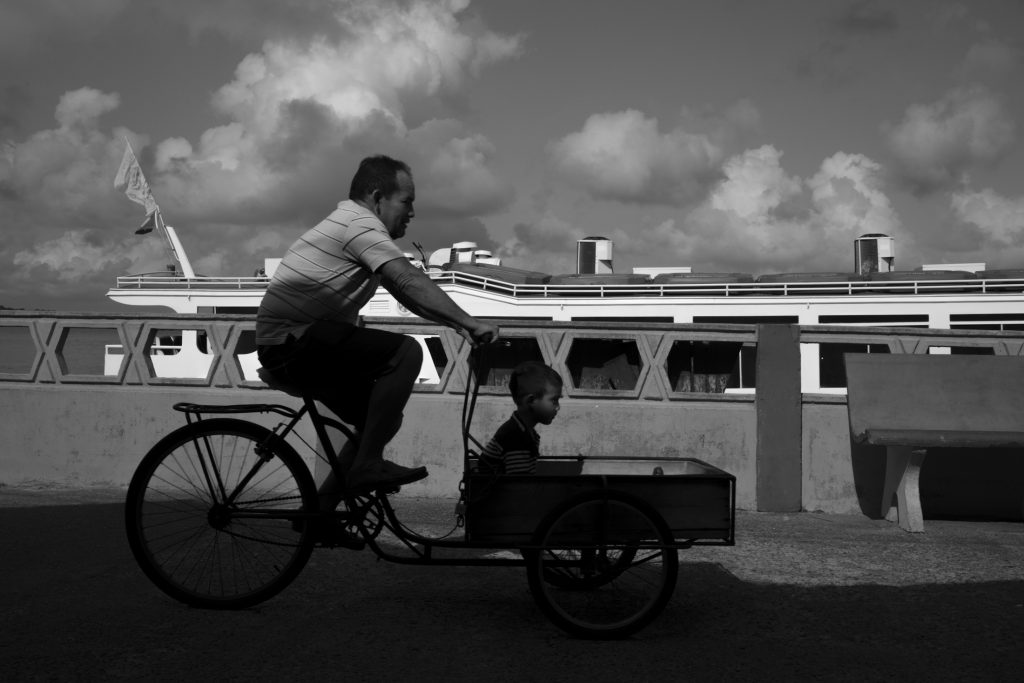 A man rides with his son on an island in the Amazon river where there are no cars. 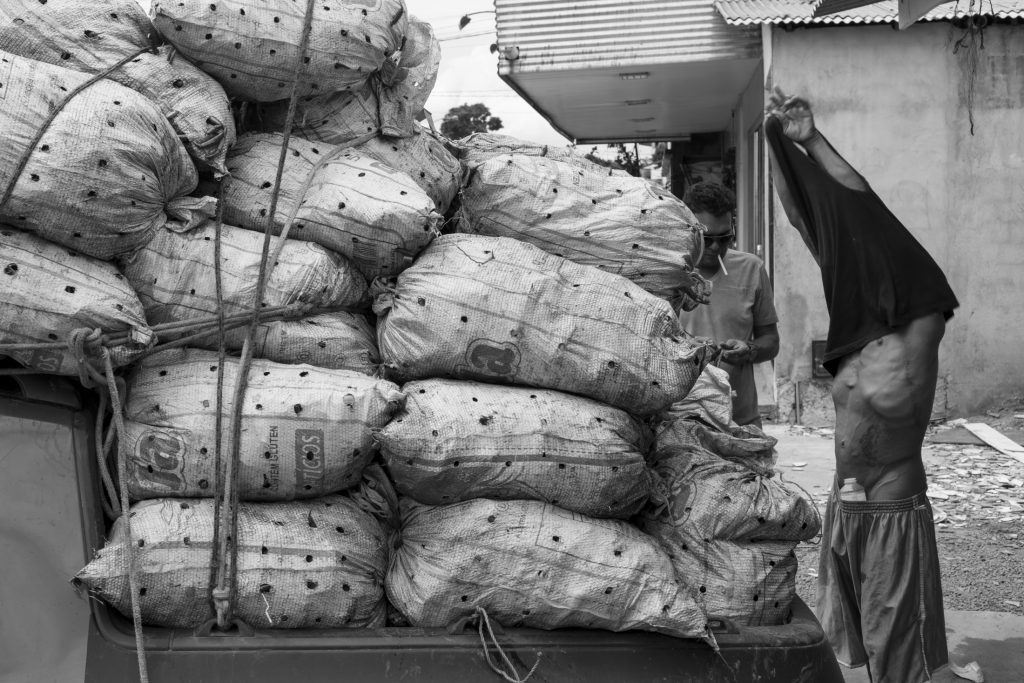 Crabs and the Bottle, Brazil - Bags of crabs arriving at the city of Macapá. Every month, around 20,000 crabs are sold in this city.
‹ Back