Under the fixed static gaze of Pablo Bronstein’s ‘Grey Witch’, visitors to his site-specific installations in Turin & Venice are propelled into reflections on the constrictions of the space, time and image of the present.

Although specialised inarchitecturalsketches in ink andgouache, Pablo Bronstein’s work spans beyond drawing to choreography and performance — often appearing frequently in his own work. In key works, Bronstein’s interventions into architectural space have been inhabited by dancers whose studied Sprezzatura hand gestures, and Vogue-inflected poses elaborate his queered conflation of post-modern and baroque styles. It seems as though Pablo’s practice can’t be pinned down to a specific methodology, yet his fascination and focus in architecture remain to be ever-present in his artistic iterations. This continues to ring true in his latest work, titled ‘Carousel’ — which is curated by Catherine Wood, seniorcuratorof International Art (Performance) at Tate Modern. Commissioned by the Officine Grandi Riparazioni (OGR) of Turin, the work will first take place in the spaces of the former Turin’s train factory, and will then continue to the Baroque Music Room of the Ospedaletto Complex in Venice (which will become OGR’s outpost during the 58th International Art Exhibition of the Venice Biennale).

In it’s first (and larger) iteration in Turin, ‘Carousel’ primarily takes the form of a provisionally built, plywood maze that indicates a sequence of architectural spaces – and emulates the historical form of the Zoetrope: one of several pre-film animation devices that produces the illusion of motion by displaying a sequence of drawings or photographs showing progressive phases of that motion. As the wheels begin to turn in this installation, video and several choreographed performances, the story of Bronstein’s Grey Witch unravels; an enigmatic, neutral figure that personifies the silver material behind a mirror’s glass that is invisible to us because of its reflective properties, and is only ever revealed as a thin layer when the mirror is cut through. This all-seeing figure remains, mostly, elusive and un-seeable – aside from an occasional, eruptive flash of presence via various video screens.

In his world of malevolent fairy-tale powers and aesthetic possibility, Bronstein considers the structures of physical reality—city planning and architecture, the theatre, and the human body—through the lens of the extreme close-up, self-regarding or narcissistic endemic to our post-iPhone universe. Under the watch and static threat of the Grey Witch’s unmoving gaze, viewers are propelled into an endless cycle of motion, becoming hyper-aware of the acts of ‘looking’ and being ‘looked at’.

As ‘Carousel’ moves to the Music Room of the Ospedaletto Complex in Venice, during the 58thVenice Biennale, the exhibition is (re)imagined as a private chamber into which visitors are invited, but held at a certain distance from the image that is created. In this piece, we meet a red-painted figure, played by Bronstein himself, whose ability to see, and move exceeds the rules and parameters of the mirror-inflected city world and offers a counterpoint to the cool surveillance of the‘Grey Witch’.Here, the relationship between historical architecture, mirrors, digital screens and dancers in Bronstein’s looped and repeated live installation attempts to speak to questions about how to inhabit the constrictions of the space, time and image of the present.

Music Room of the Ospedaletto Complex 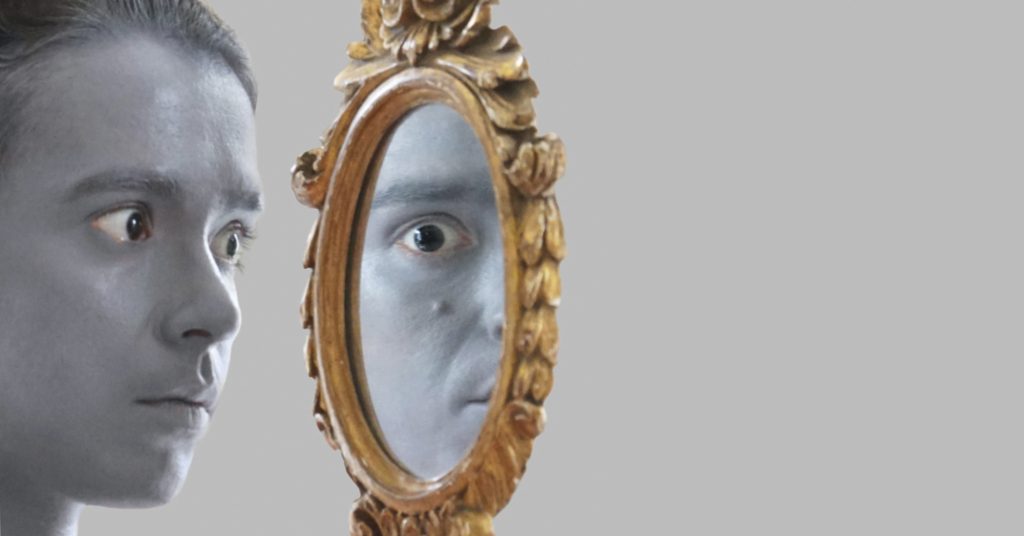 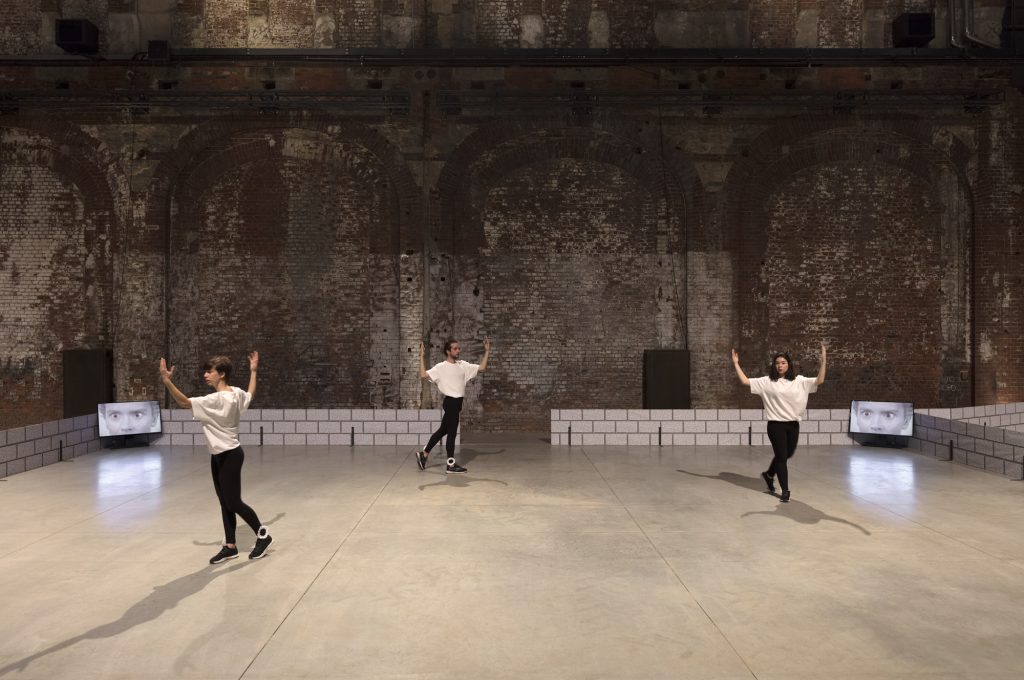 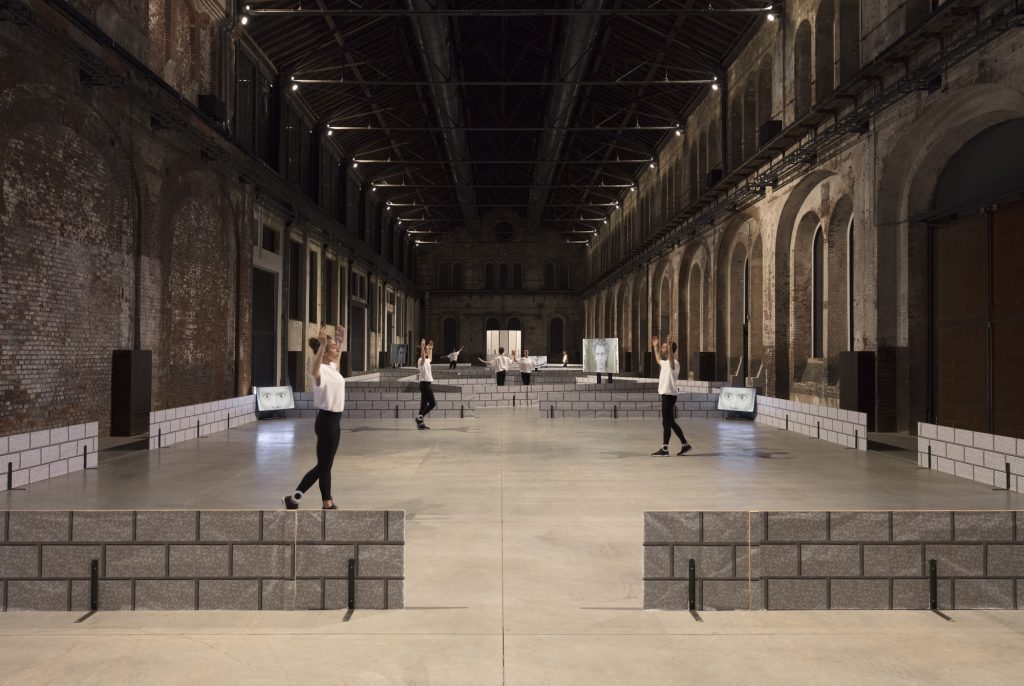 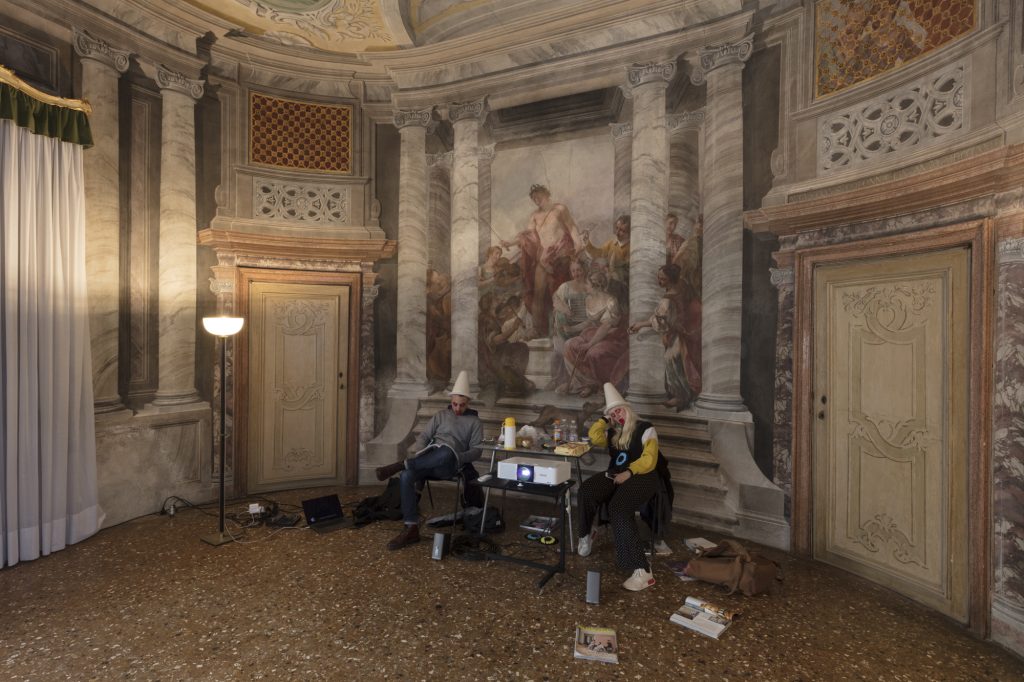 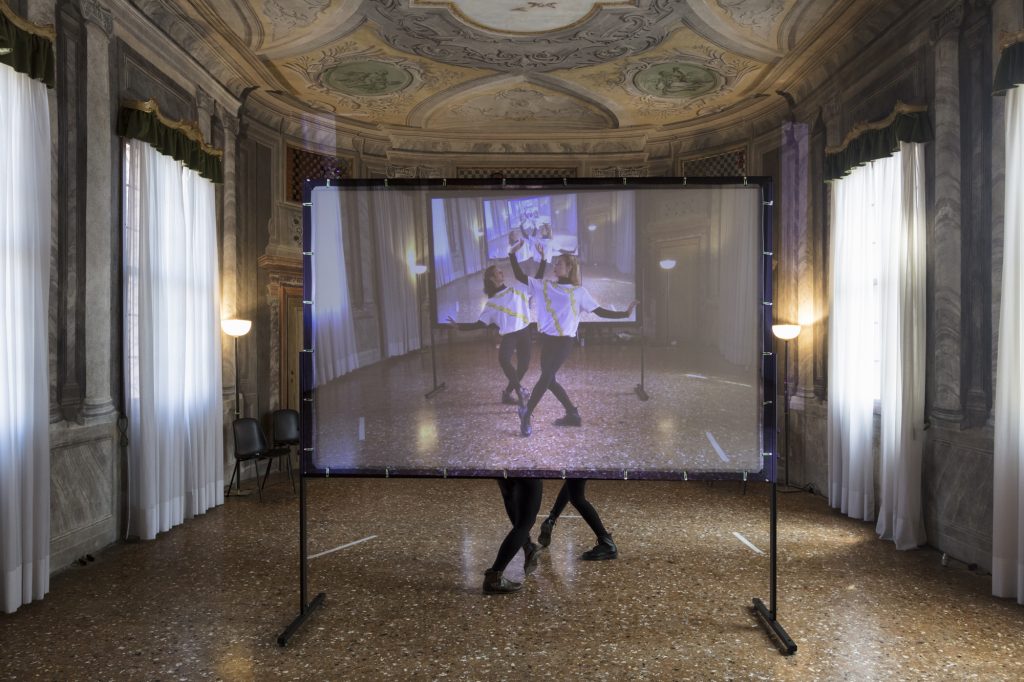 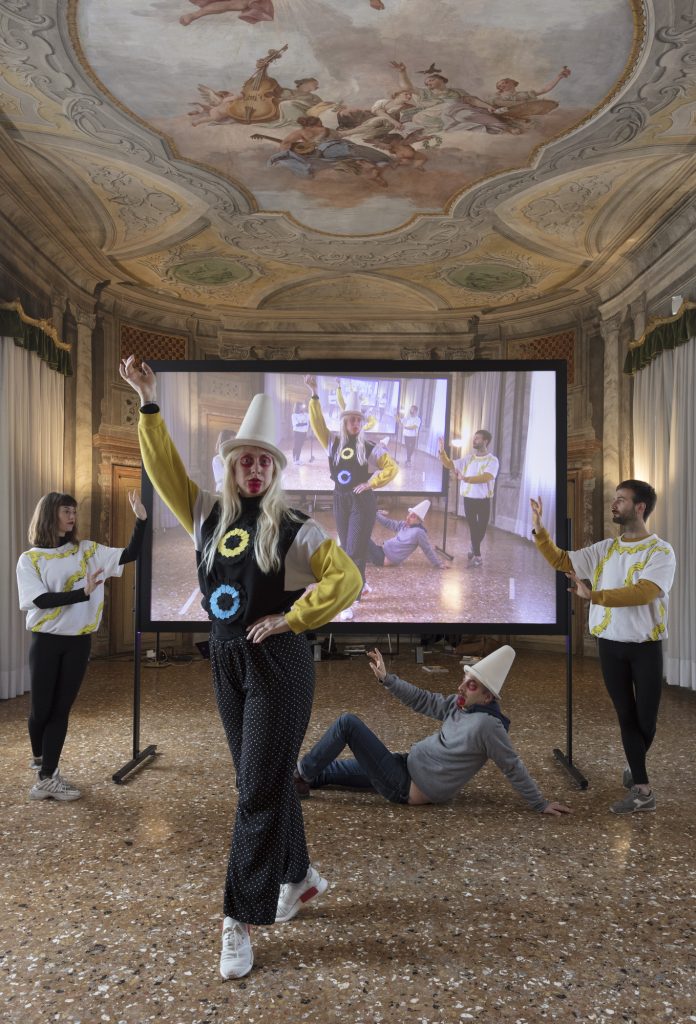