Hundreds of black beach balls fill the floor. Textured black curtains enclose the space. Out of this darkness, glimpses of color catch the eye. Mysterious in their form, they invite you in. A shiny red surface protrudes from the black spheres. A pink squiggle too. A yellow cloud-like shape glows from a plinth and a giant brown leather hand seems to wave hello. But what is this surreal space, at once enticingly inviting and slightly menacing?

This is JOUETS À JOUER: Oggetti Nella Foresta [Toys for Play: Objects in the Forest], an exhibition about the radical designs and designers of the Italian furniture company Poltronova in the late 1960s and 70s.

Held at the Italian Cultural Institute and organized by Centro Studi Poltronova for Design September Brussels, the exhibition brings together iconic design objects from Ettore Sottsass, Archizoom, Superstudio, D’Urbino and Lomazzi and more. The exhibition invites visitors to revel in a sense of fun whilst also considering the deeper societal unrest that these subversive pieces of work responded to.

TLmag talks to Poltronova’s owner, Roberta Meloni and the exhibition’s art director Donatello D’Angelo, who is the creative director of Florence-based communication and design studio D’Apostrophe about the fantastical exhibition:

TLmag: The playfulness of the pieces from the late 1960s and early 70s feels quite different to the sleek furniture of the 21st century, for example, the Nordic design style. Do you think there is still a place for playfulness in the design industry today and what could it contribute?

Roberta Meloni: In the Sixties, playfulness concealed serious and important ideas, the importance of free time and freedom of behavior were claimed at all levels of society. We talk about objects that were designed at the turn of ’68.

At that time, in Italy, someone was throwing bombs and someone decided to oppose the established power, to the bourgeois choices in a more creative form. It is no coincidence that Sottsass, when he reviewed the first projects of Archizoom in Domus, wrote that “They design furniture like anarchists throw bombs”… The clash in society was profound and these innovative objects were also the result of that hard time. We are living in an age of great crisis and in an individualistic society, I think that the collaborative aspect of playfulness could bring useful contributions. However, every age has to demolish walls.

Donatello D’Angelo: Definitely. In the panorama of contemporary design, there are many brands that focus exclusively on the playful aspect, irony and dreamlike approach. What they lack, however, is the subversive spirit.

Are there any contemporary designers you recognize who approach design in a way that is reminiscent of the period explored in the exhibition?

Roberta Meloni: I think there are some designers who have implemented that lesson, and stay close to the production of Poltronova for example to Ron Arad or Nigel Coates.

Ettore Sottsass founded an architectural firm together with designers of a younger generation, all of them have certainly absorbed something from him. However, we talk about fairly contained situations, because the official historiography has never really appreciated and understood these designers, even Sottsass whose fame was worldwide has received very few public commissions. Now, slowly, they begin to have the recognition they deserved before, especially in Italy, I think of the great exhibition that the Maxxi Museum in Rome dedicated to the Superstudio group in 2016.

Donatello D’Angelo: No. I do not think that today we can find a design approach comparable to that period. The radical design from which these objects are born is linked to a revolutionary era such as ’68 and to a territory full of contradictions like the Florentine one… always on the borderline between mannerist tradition and rejection innovation.

The exhibition has been open for a few weeks now, how have visitors responded?

Roberta Meloni: Whenever the Poltronova objects are involved in an exhibition, currently an important core is exhibited at the Canadian Center for Architecture in Montreal, the feedback from the public is very positive and here too. I think that the answer is positive because these objects speak in a universal, unmediated and direct language.

Donatello D’Angelo: The visitors we met personally seemed positively impressed. Surely from the set design, but especially from the communicative impact but also from the strong disruptive value that the products on display still have today.

Could you pick a particularly fascinating piece for you that is on display and tell us why you think it is interesting?

Roberta Meloni: I have two significant examples for me: Superonda and Mies

The first was born in 1967 from the will of the founder of Poltronova to translate into a sofa a simple striped book made by Archizoom for their installation “superarch”. It did not want to be a sofa, but it became a symbol because the lightness and modular design allowed you to use it as a sofa, bed or chaise longue.

The Mies armchair was born as a wedding present within the Archizoom group, combining a rigid geometric shape (hence evidently the homage to “Mies”) to a seat that is actually very comfortable. This armchair also combines the importance of chrome plating onto a poorer rubber material.

Donatello D’Angelo: I love all the objects on display. Each of them carries a particular story with it. Ultrafragola has an important meaning for me. Presented by Poltronova in Milan in 1970, it is perhaps the most famous object of Ettore Sottsass’s production. It represents one of the last and final turning points from International Style and starts a new stylistic process that then became mature when the designer founded the Memphis group. Ultrafragola was part of the “Mobili Grigi”, a collection of futuristic pieces of furniture that seem to come from another dimension:

“As for the lights that emerge from the Mobili Grigi, don’t tombs always have flickering lights that brighten the sadness of spirits wandering through the valley of dust? Don’t submarines have trembling green lights in their holds?

The lights are designed to come out of the fiberglass body, like the splendid whiteness of the skin of breasts, the glowing red of the head of a penis in the pornographic night, something of that sort — I mean something like Japanese fireflies, which transform May nights into solid matter. Could anything be more ridiculous?” (Ettore Sottsass, Could anything be more ridiculous?, 1970)

What do you hope visitors will learn/experience at the exhibition?

Roberta Meloni: The beautiful thing about these objects is that although they are part of the history of world design, they can be perceived by anyone, it is not necessary to “understand” them, it is enough to see them and imagine living together. They turn to an irrational and ancestral part that is present in each person.

Donatello D’Angelo: I hope that the exhibition will succeed in carrying the viewer into the imaginary. The productions of Archizoom, Superstudio and Sottsass for Poltronova have always taken me into dimensions that are quite definite, but intangible, like the surrealist visions of Carrà, Ernst and De Chirico, and, even more so, of the latter’s brother.

Alberto Savinio bared his soul, a combination of light and shadow, leading us into forests, gloomy and enchanted, illuminated by clusters of toy entities.

The radical objects appear to explore the same path through the forest. They follow a bizarre route. They are fantasies more than matter. They are playthings to be used by the designers as they see fit before becoming functioning functional products. Quirky objects created outside the canons of the mass—production design processes, which are replaced by dreamlike visions that fate decided to turn into everyday objects.

And that is how flowers, bushes, flowing foliage, gloves… magically become a lamp, mirror, sofa and armchair. They become objects of an unusual quotidian, glimmers of solitary lives.

JOUETS À JOUER: Oggetti Nella Foresta is on display at the Italian Cultural Institute until October 13 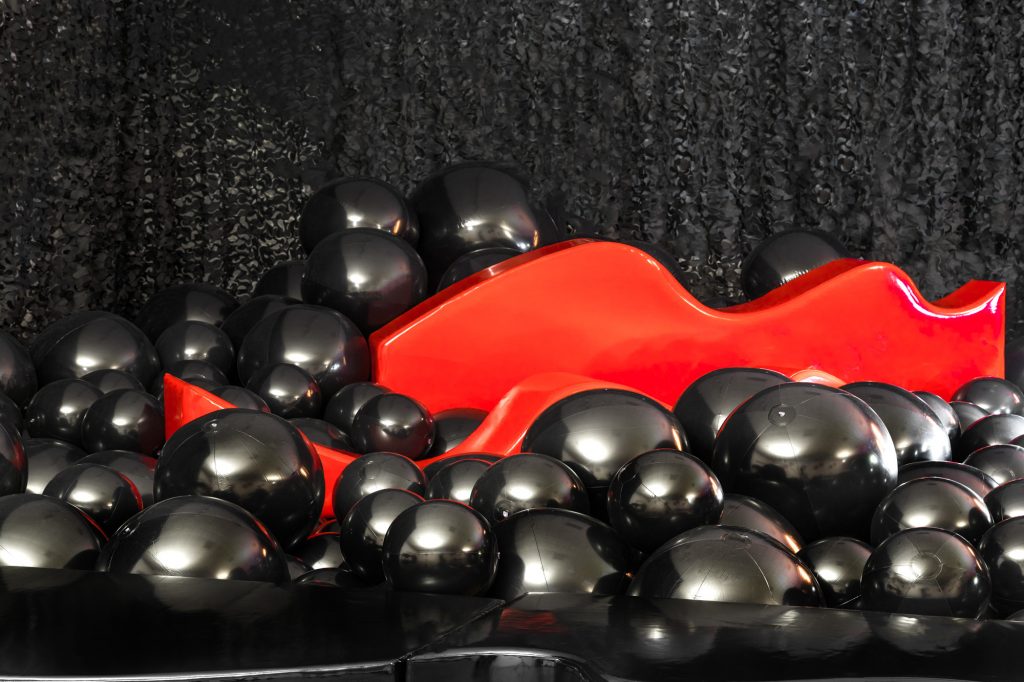 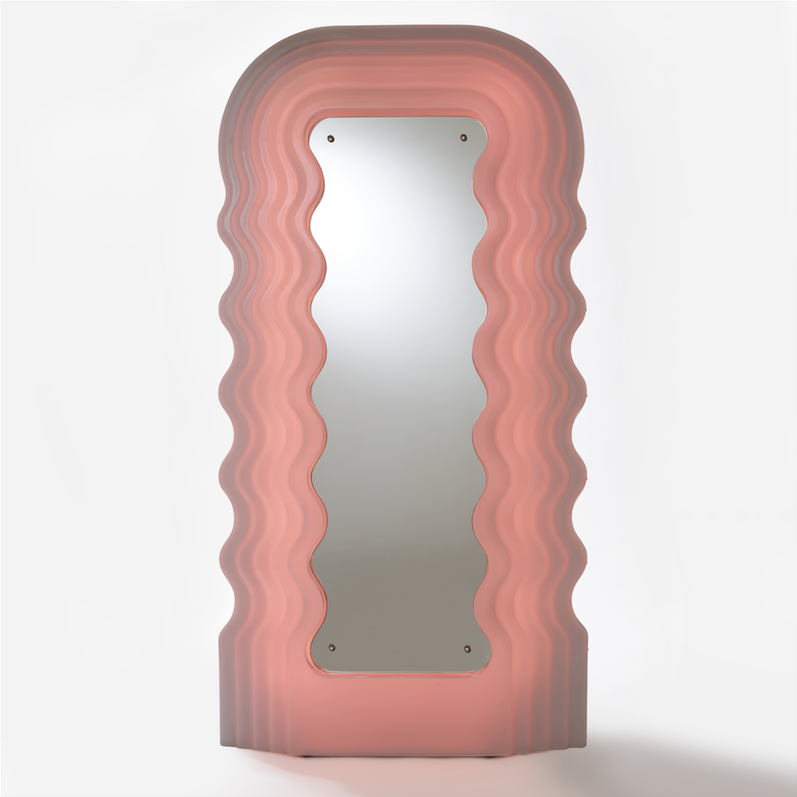 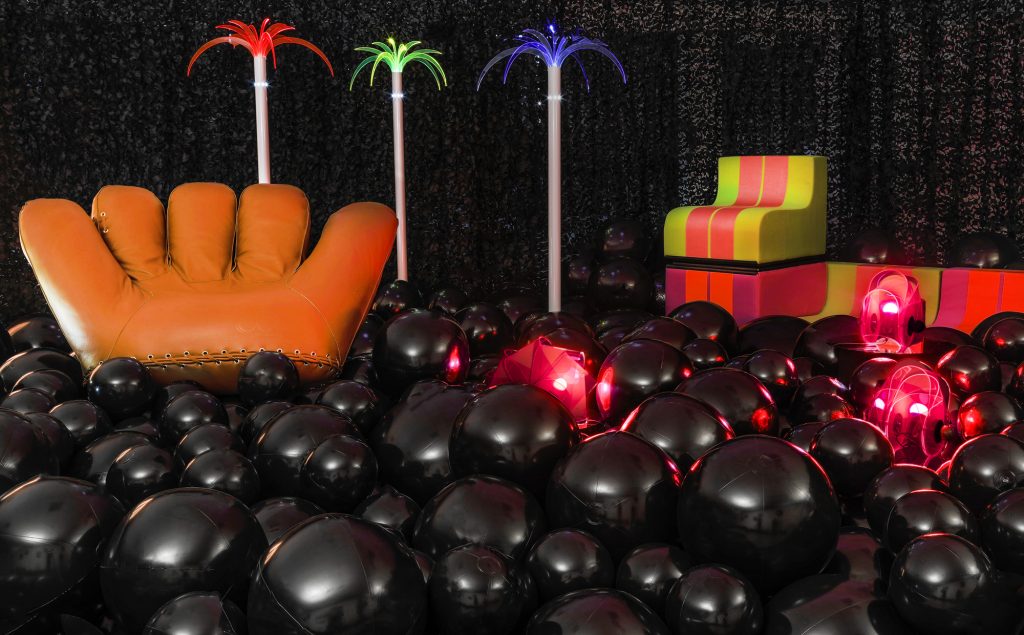 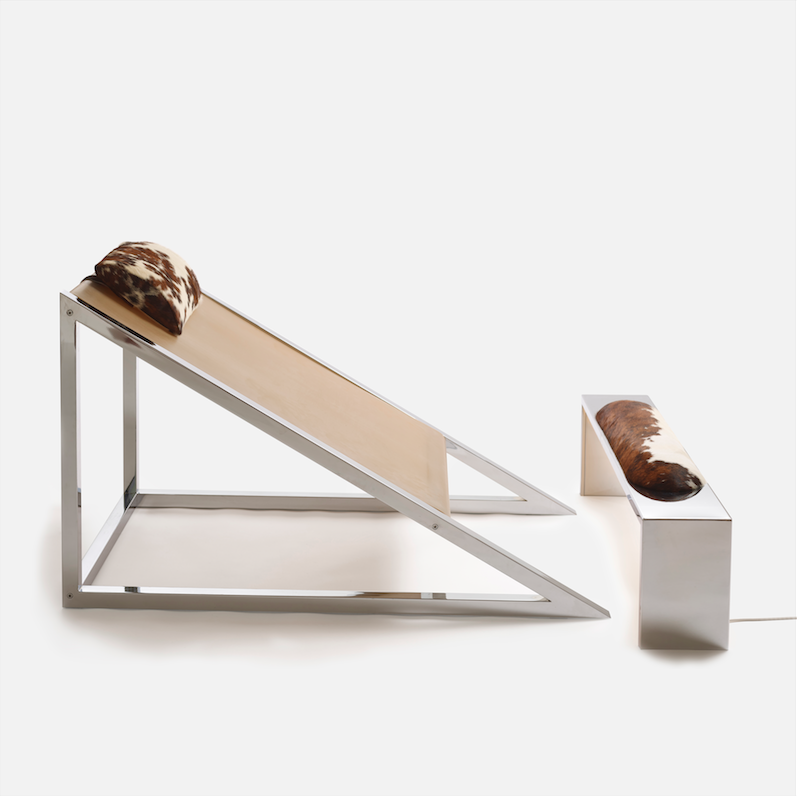 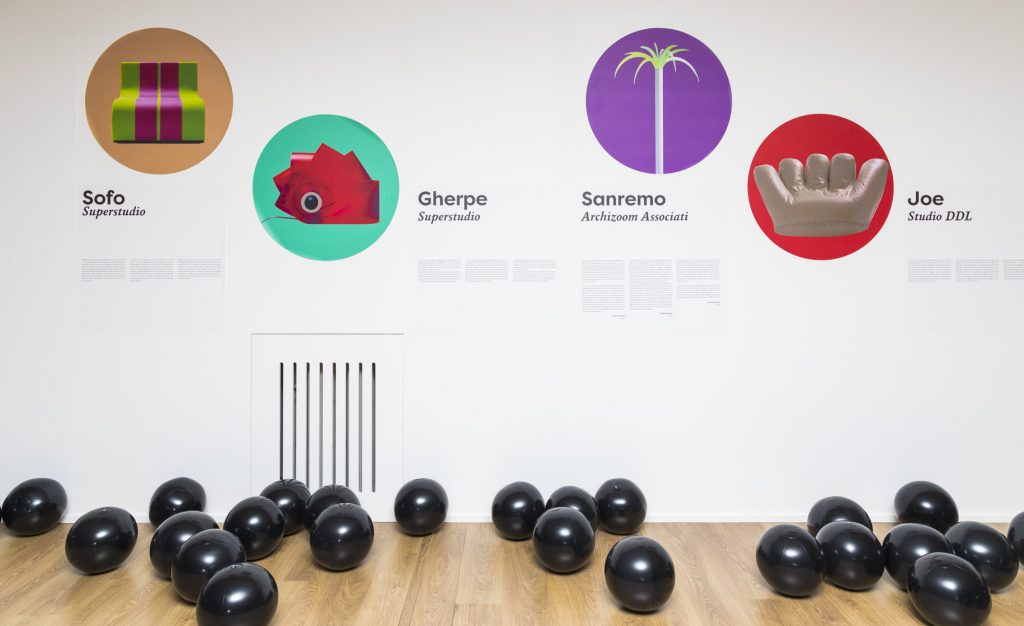