Sarah Myerscough Gallery recently presented new works by Diana Scherer as the next Crafted Collectable. Diana Scherer is fascinated by the underground life of plants. The subterranean root system of a plant acts as a type of brain; it navigates and knows what surrounds it by perceiving gravity, moisture and chemicals. The artist ﬁrst began to apply this “intelligence” of plants in her work in 2015. She wanted to make these hidden processes visible, for them to be appreciated by a wider audience. In collaboration with biologists, Scherer developed a technique to control the growth of plant roots, turning them into a natural textile.

Scherer comments that: “I approach the root system as if it were yarn. For example, the reﬁned, white root structure of grass reminds me of silk and the powerful, yellowish strands of the daisy I compare to wool... The nice thing about it is that the material creates itself as it grows. Unlike other natural materials such as coconut fibre or cotton, you don’t have to weave it afterwards to get your product. Roots weave themselves, and that makes them an attractive prospect.“ 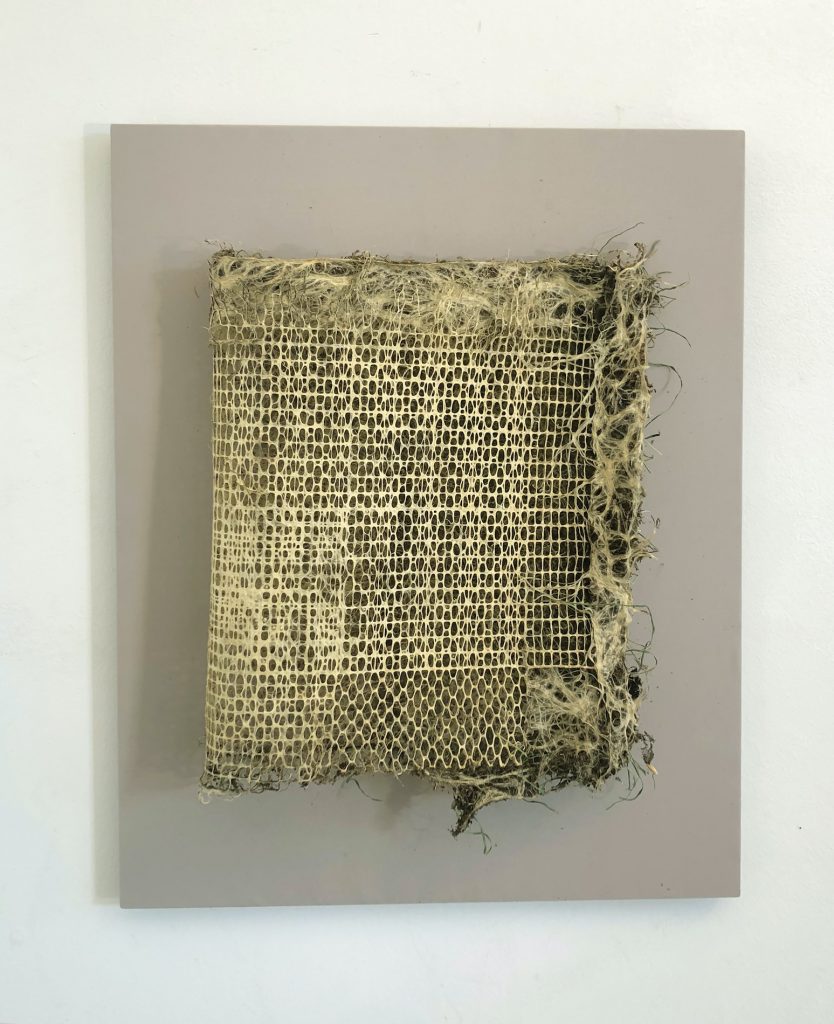 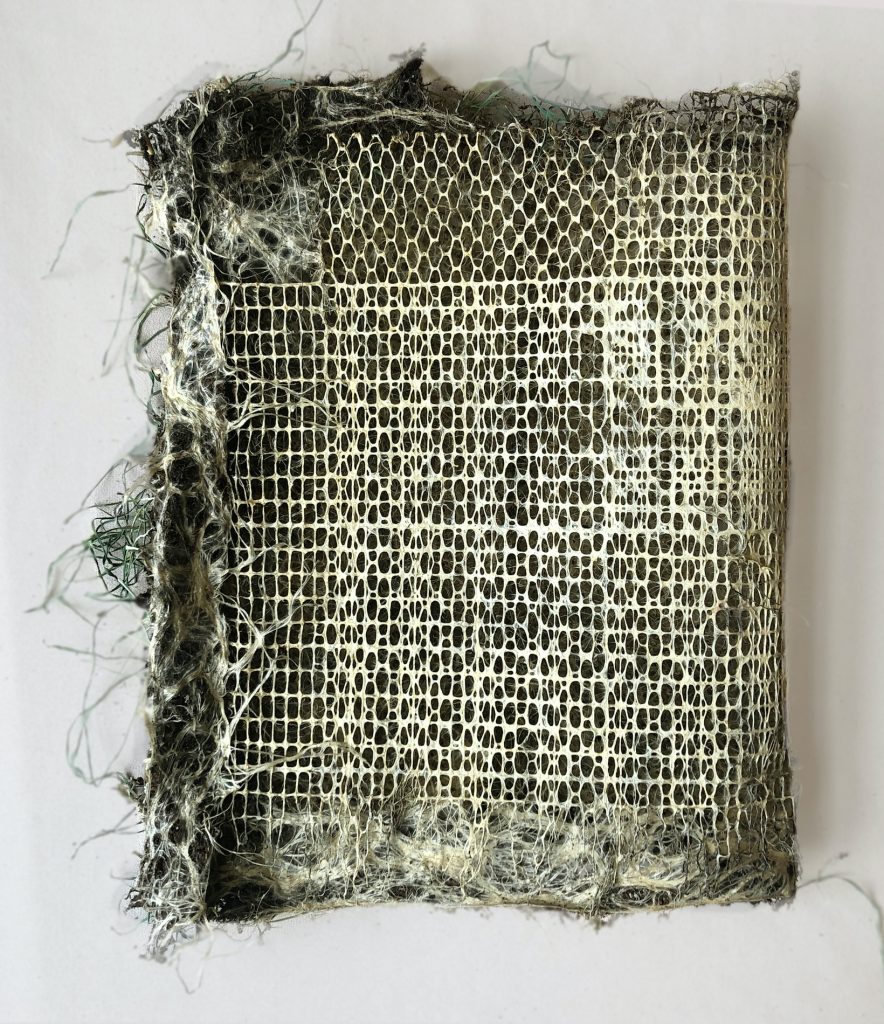 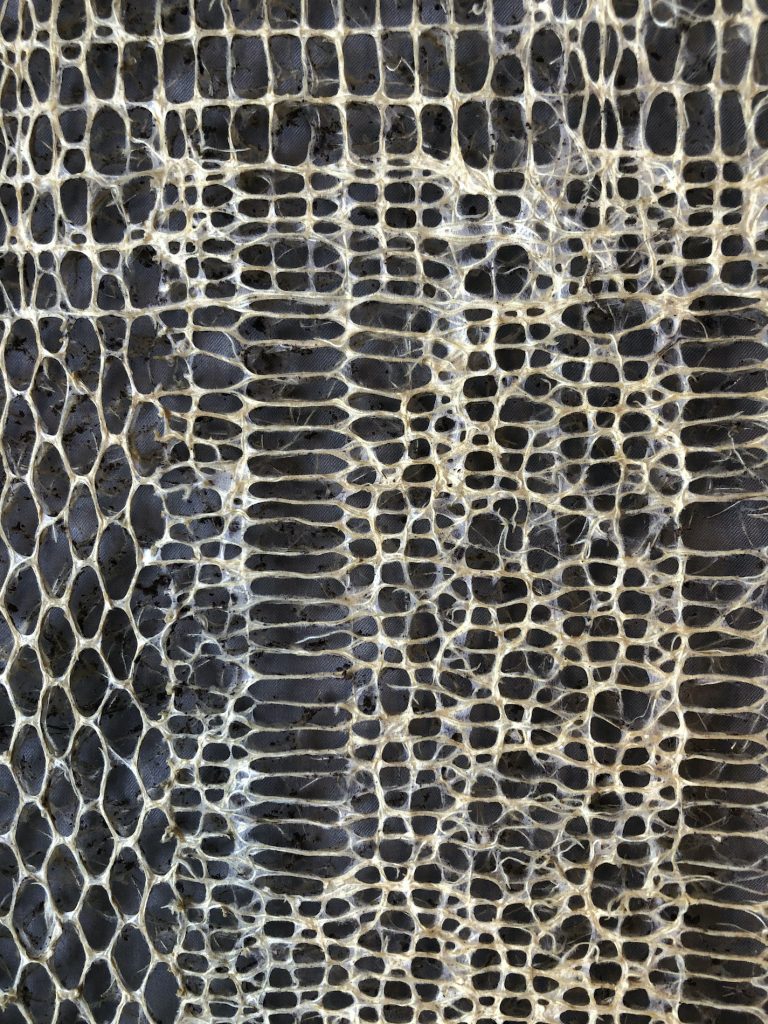 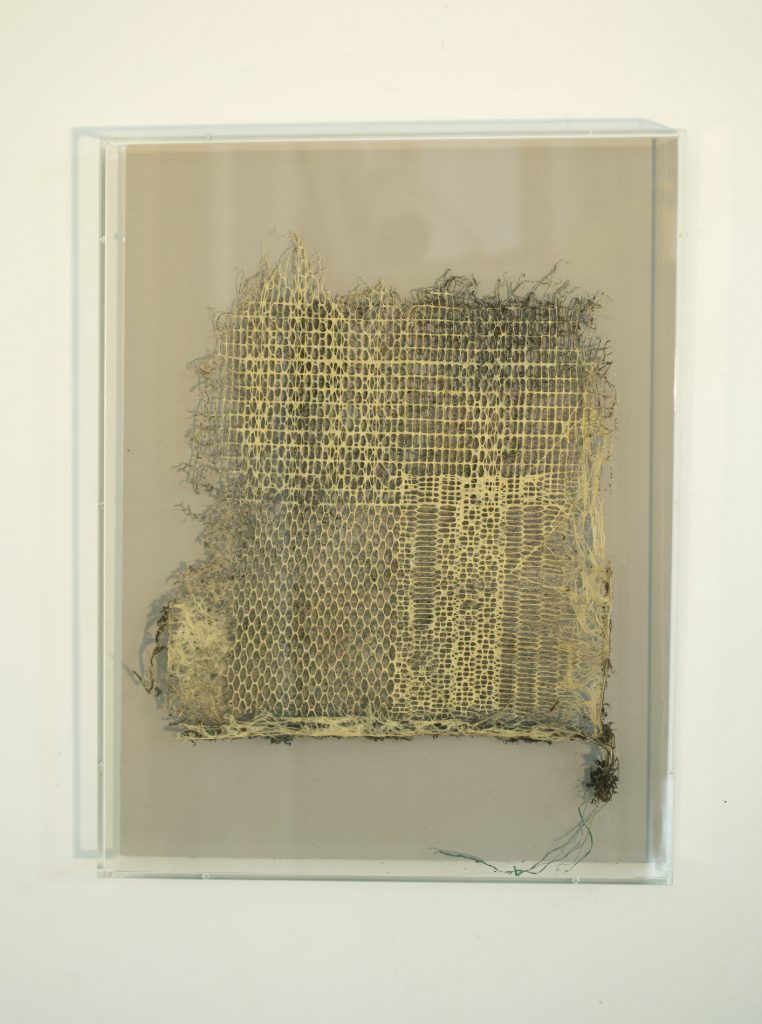 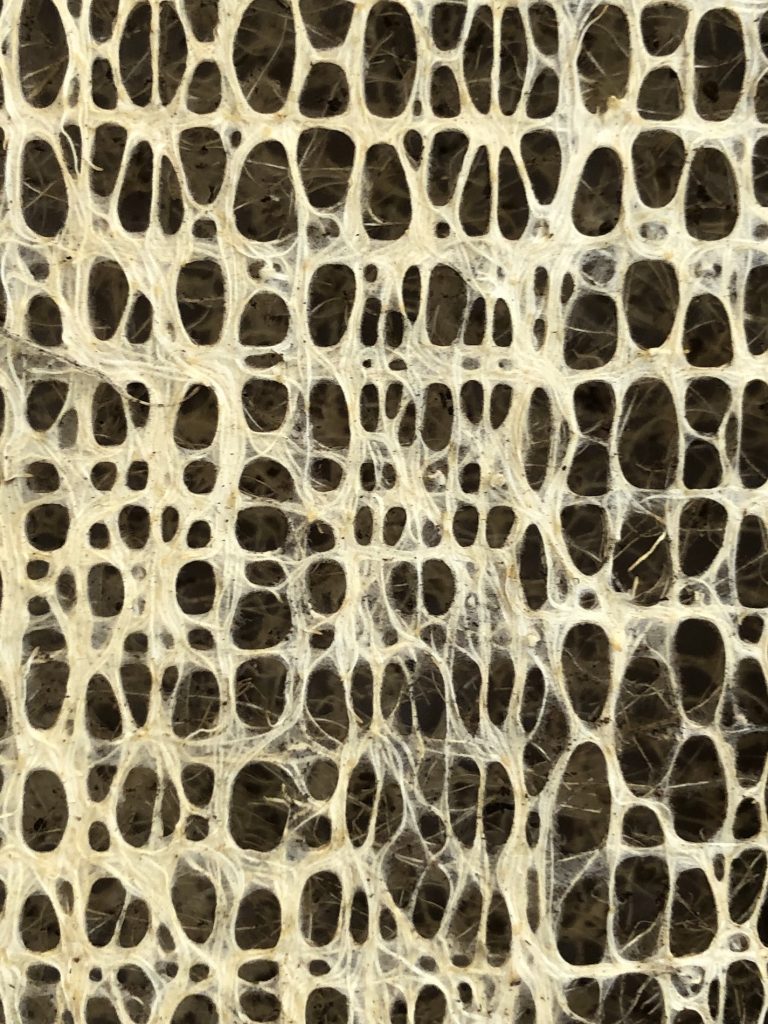 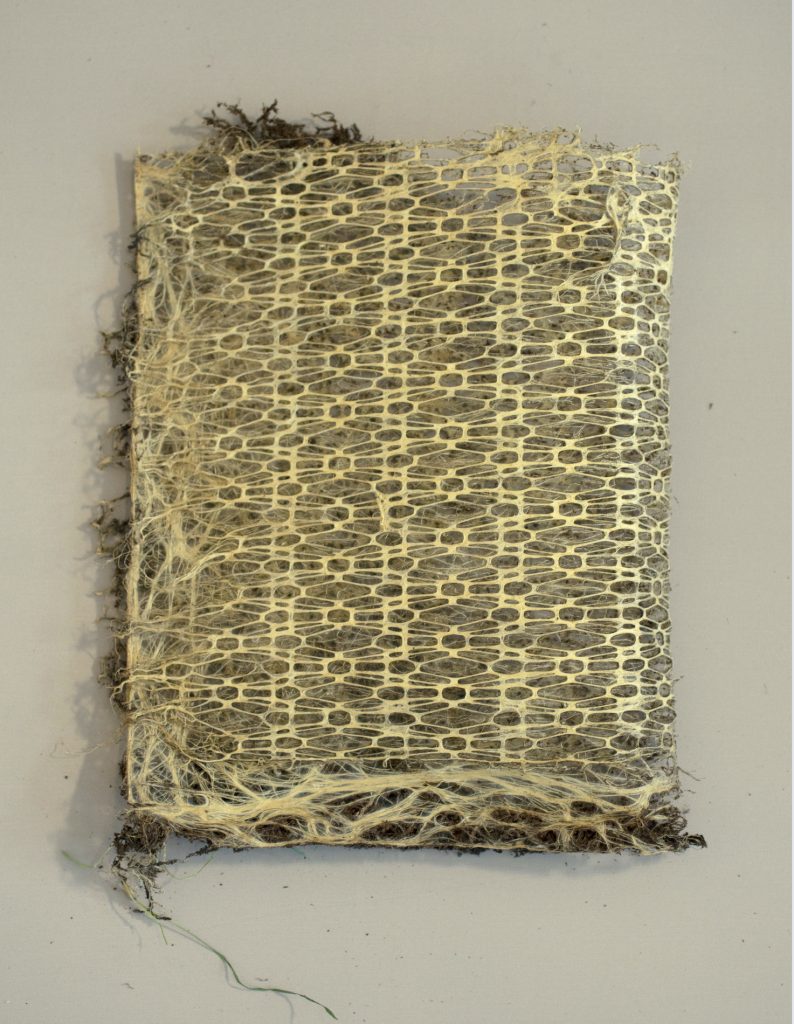 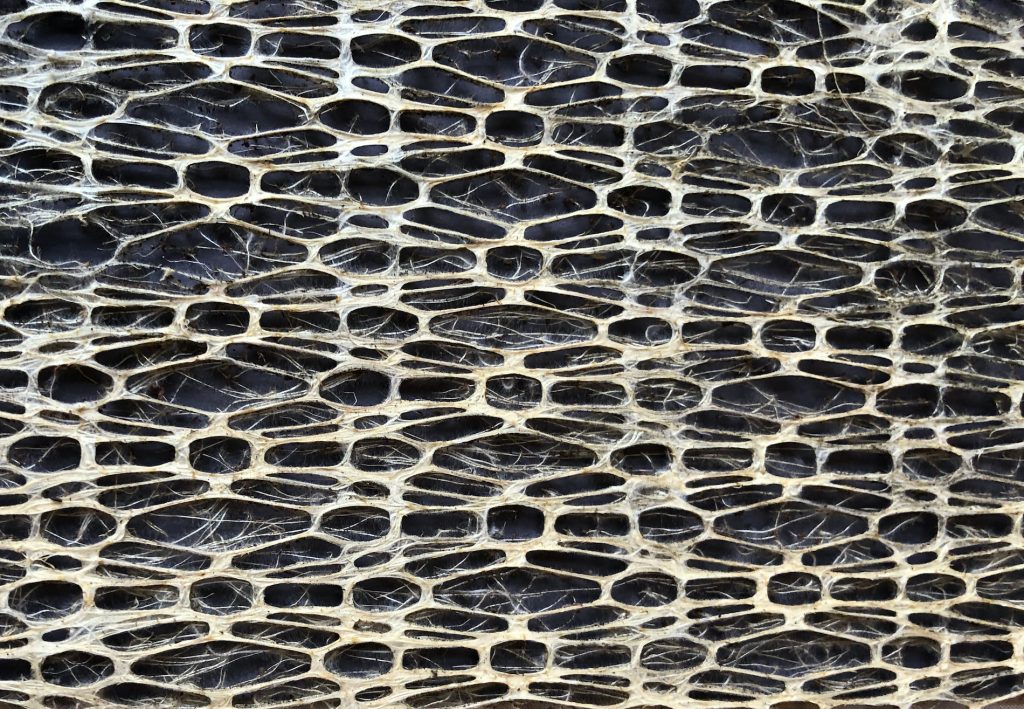