TLmag Norwegian Crafts
Excellence & Creation
Sigurd Bronger (b. 1957) is one of the leading jewellery artists in Norway. He is known for his mechanical constructions filled with humour and surprising elements. His art pieces are transportation devices for everyday objects such as a shoe sole, soap, gall stones, a sponge or an egg. In 2011, Sigurd...
Scroll right to read more ›
Text by Lise Coirier

Sigurd Bronger (b. 1957) is one of the leading jewellery artists in Norway. He is known for his mechanical constructions filled with humour and surprising elements. His art pieces are transportation devices for everyday objects such as a shoe sole, soap, gall stones, a sponge or an egg. In 2011, Sigurd Bronger’s extensive retrospective exhibition, Ballongferd, was held at the Lillehammer Kunstmuseum. Collaborating with Galerie Ra in Amsterdam for more than 20 years, his work has been acquired by important museums such as the V&A in London, Het Stedelijk Museum in Amsterdam, the Nationalmuseum in Stockholm, Designmuseo in Helsinki, Designmuseum in Copenhagen, the National Museum of Decorative Arts and Design in Norway, the Nordenfjeldske Kunstindustrimuseum in Trondheim and the Permanenten Vestlandske Kunstindustrimuseum in Bergen. Winning several awards throughout this impressive career, in 2012 he received the world’s largest design prize, the Torsten & Wanja Söderberg, and exhibited at the Röhsska Design Museum. The museum curator described: “Bronger invites us on a journey into his mechanical wonderland, full of boys’ dreams and romantic, joyful pranks. He takes us back to the early design language of industrialism and the innovations of the Renaissance, or forward to utopian visions of the future. Time is a material, alongside precious metals, diamonds and wood, all meticulously selected and worked over a long, sterling process.”

Within his artistic practice, Reinhold Ziegler (b. 1965) has always related jewellery to ritual objects. A ritual is an action through which one sacrifices individuality and transcends oneself. There are no clear references to specific rituals, but the jewel offers an interactive dimension that creates a new quest for more soul by eliminating unnecessary attributes. “In one way or another, I work with the theme of spirituality. I don’t mean external spiritual beings or divinities such as in established religions or New Age movements. I’m interested in the spirit of the individual; a deeper base underlying thoughts, feelings and bodily experience. In my art, I search for elements that can awaken this spirit”. Ziegler is inspired both by visual elements taken from spiritual traditions such as the old pantheistic religions, shamanism and alchemy, and by contemporary artists such as Matthew Barney and Damien Hirst, who combine old myths, symbols, rituals and religious questions in a contemporary artistic expression.

Sigurd Bronger and Reinhold Ziegler share a studio in Oslo that focuses on high-end art jewellery. TLmag initiated a discussion with them about their work, which is both distinct and collaborative. Reinhold regularly authors articles as a freelance writer for Norwegian Crafts, Tidskriftet Kunsthåndverk and Gullsmedkunst. His specialty as a jewellery artist has allowed him to develop essays for his alter ego, Sigurd Bronger. He recently penned an introduction to Bronger’s work in the Torsten & Wanja Söderberg Prize book.

TLmag: Can you describe your world as a jewellery artist ?
Sigurd Bronger: My work is lots of diamonds ! I use real diamond dust and spread it with high pressure and high temperature to make it stay on the material, such as a pin or a ring. For this piece only I do series for sale, but usually, in my handmade process, all my pieces are done one by one. I feel I work outside the trends in the field of art design, between invention and the surreal. I do not exhibit in mainstream jewellery galleries, except Ra Gallery in Amsterdam for 20 years now, but more in fine arts museums. I like creating installations and bespoke projects such as the one at Saint-Olav hospital in Trondheim.

TLmag: Is surrealism a good word for describing your work ?
S.B.: Yes, I like to create ready-made objects that can be playful and interpreted as works of art in line with the Surrealists, the Pop and conceptual artists. They tease you, and are appealing thanks to the attention I pay to details. They have to be perfect. They are my ‘Laboratorium Mechanum’ , as I described in my recent book published by Arnoldsche. I’m fascinated by machines and instruments, and want to explore new forms of expression bridging jewellery and the world of art, design and engineering. Experimenting with forms and materials is the key to my work, breaking away from the conservative approach to silversmithing. Jewellery has to be communicative and unconventional, yet ‘wearable’. My most popular icon is certainly the yellow balloon with the smiley on it. I also use primary colours to connect my work to the Dutch De Stijl aesthetic movement.

TLmag: Now Reinhold, what meaning do you try to capture in designing your ‘ritual jewellery’ ?
Reinhold Ziegler: I like to see the jewellery connected to a physical and spiritual experience. I always reflect on the piece’s connection to an individual, his beliefs and his way of thinking and behaving. Following this philosophy, I designed the series of Major Chains in silver and stones in 2010, and the extra pockets in leather, stone, thread or cord which appear as talismans and can be added to clothing. These are real pockets but are also symbolic items that are completely wearable. Parallel to those pieces, I also work a lot on the concept of jewellery as tools, like the hammer appearing as a symbol for a ritual. The stone I use to represent the hammer is black granite. I employ a lots of stones in the Gravity series I recently designed for my solo show Gravitation at Galleri Format Oslo. For Révélations in Paris, I am playing on a common first-class lever, pincers, which are hand tools used in many situations thanks to their mechanical advantage for pinching, cutting or pulling an object. Also known as pliers, they concentrate force on a point or an edge. I slightly change the shape of the 15 cm FEYA-TOOLS, making jewellery that beautifies the tool at its real size for anyone daring to wear it. Finally, the tools I re-design become adornments to use, and functionality is therefore one option that I like to reflect on.

TLmag: Apart from the workshop you and Sigurd share, what else do you have in common ?
R. Z.: We have a lot of discussions to conceptualise our jewellery and we definitively want to abandon the idea of the narrative adornment in order to access conceptual art. For three years, I have received an artist’s grant in fine arts, and I like to treat jewellery as a value for reflecting on an idea and on the making process. I am quite critical when looking at craftsmanship, which is too often accidental and not enough thought-out and grounded. 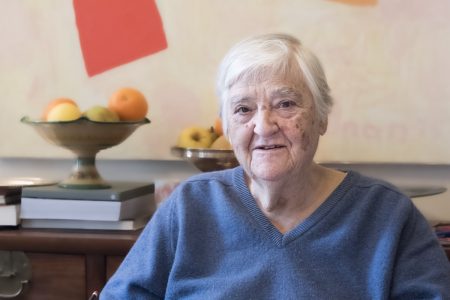 An extract of Etel Adnan’s “Writings & Paintings” was reproduced in the A/W 2021 issue: TLmag36: All Is Landscape, just before she passed away in Paris at the age of 96. This was the last article of her to be published while she was living. The following introduction was included in that article, here modified to reflect on her passing. On January 13, an exhibition of her final works, “Discovery of Immediacy” (Découverte de l’immédiat), opened at Galerie Lelong in Paris and New York. 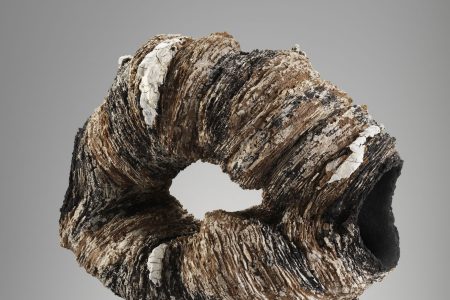 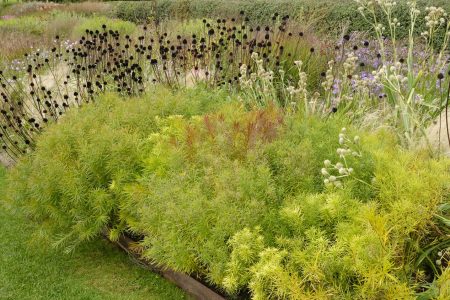 A conversation between two landscape architects about plants, soil and the future of our cities. A special interview that first appeared in the A/W 2021 issue of TLmag36: All Is Landscape, guest curated by Bas Smets. 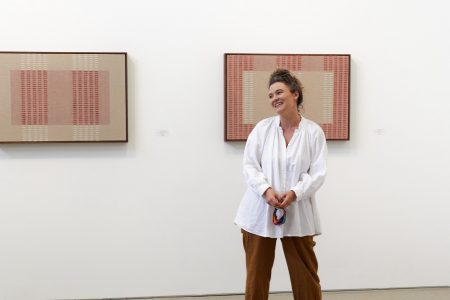 For 15-years, textile artist, Rachel Duvall, has worked on her intricate and complex weavings, which explore the tension between structure and the handmade. TLmag spoke to the artist about her practice.