In the London Design Festival exhibition, the Czech curator and researcher presented an archive of 350 images of custom-designed modernist gems

There’s an image of a bookcase, photographed in a bottega in Turin, that quickly encapsulates what Objects of Refinement is about: while the craftsmanship of the piece of furniture is noticeably extraordinary, it was designed by Aimaro Isola and Roberto Gabetti, pupils of one of Turin’s most enigmatic artistic figures, Carlo Mollino. “The designed amazing furniture pieces during the 1950s, and this still-preserved interior in the library is just amazing,” stated OKOLO’s Adam Štěch.

The other 350 custom-designed works selected by Štěch for the photographic exhibition, part of this year’s London Design Festival, are likewise doubly beautiful.

The images, taken by the Prague-based curator himself, are the result of a decade of research across Europe, the United States, Latin America, Australia and Japan, following the trail of modernist architecture gems. “My interest is driven by a passion for rediscovering forgotten or lesser known architectural treasures, and documenting them in their current condition,” he added.

The four chapters in the show —Furniture, Lighting, Static Elements and Dynamic Elements— are comprised of images of lighting pieces, tables, handrails, doors and windows, as well as other decorative or functional elements that celebrate the modernist idea of Gesamtkunstwerk —a total work of art, from the structural to the minuscule. Among the photos is one of a built-in shelf at the Brutalist Modulightor Building in New York by Paul Rudolph; another of a Chandelier by Mollino and Gino Sarfatti in Turin’s celebrated Teatro Regio and a rope mural by Mathias Goeritz at the breathtaking Museum of Anthropology in Mexico City. “These amazing objects are part of architecture on one hand, and on the other hand are also pieces of their own individual artistic value,” explained Štěch. 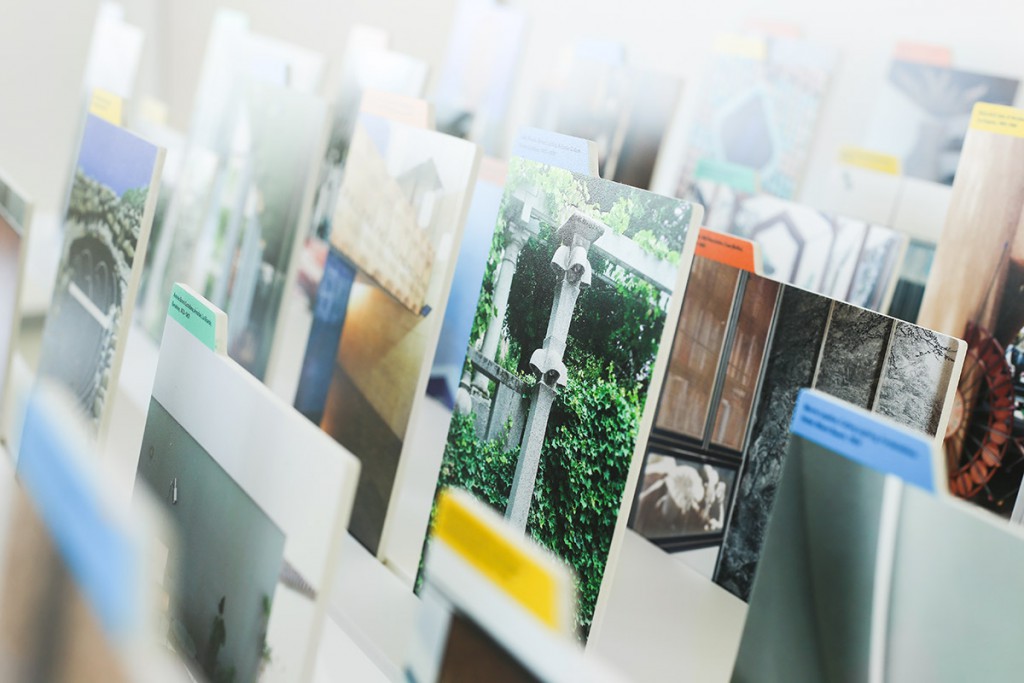 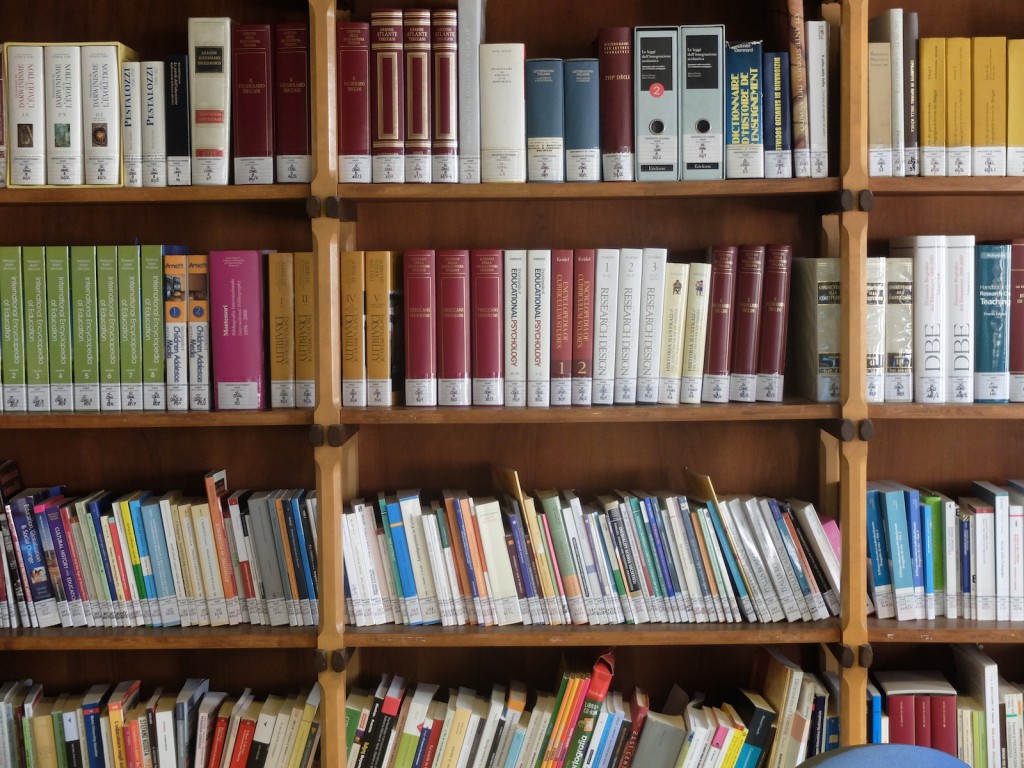 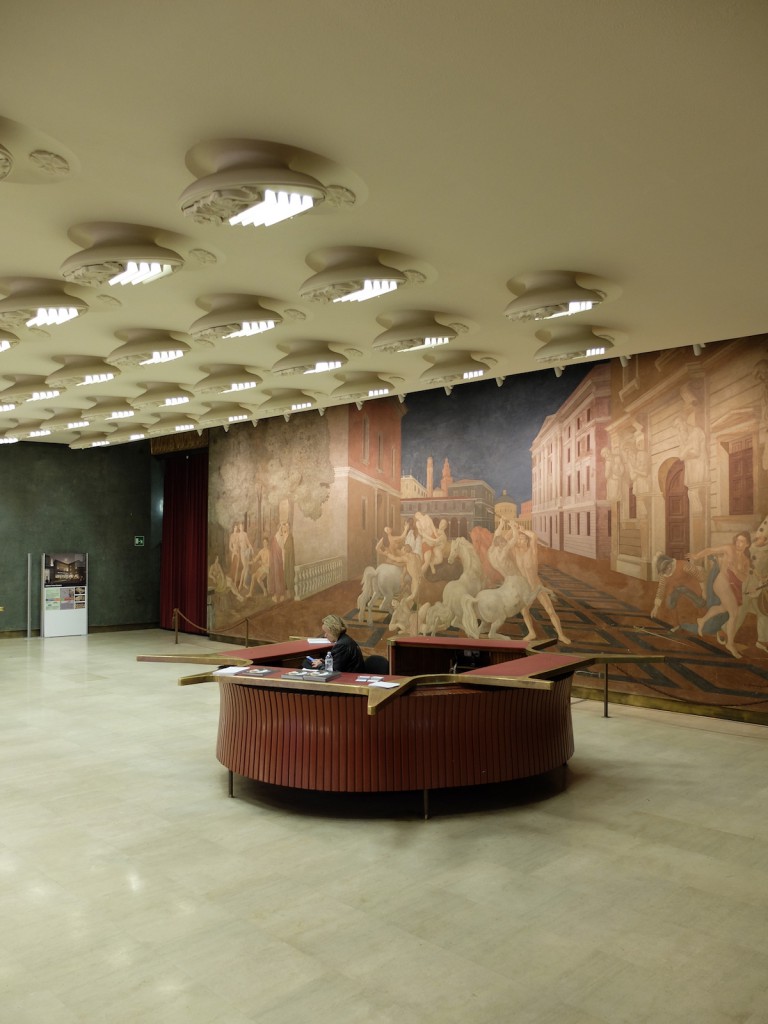 Alziro Bergonzo, Information Desk and Lighting, Manzoni Theater, Milan, 1946-1950. "Tom Dixon had his presentation during this year Salone de Mobile in this theatre in Milan, but the original decor from this little-known architect was much more interesting for me," said Štech. 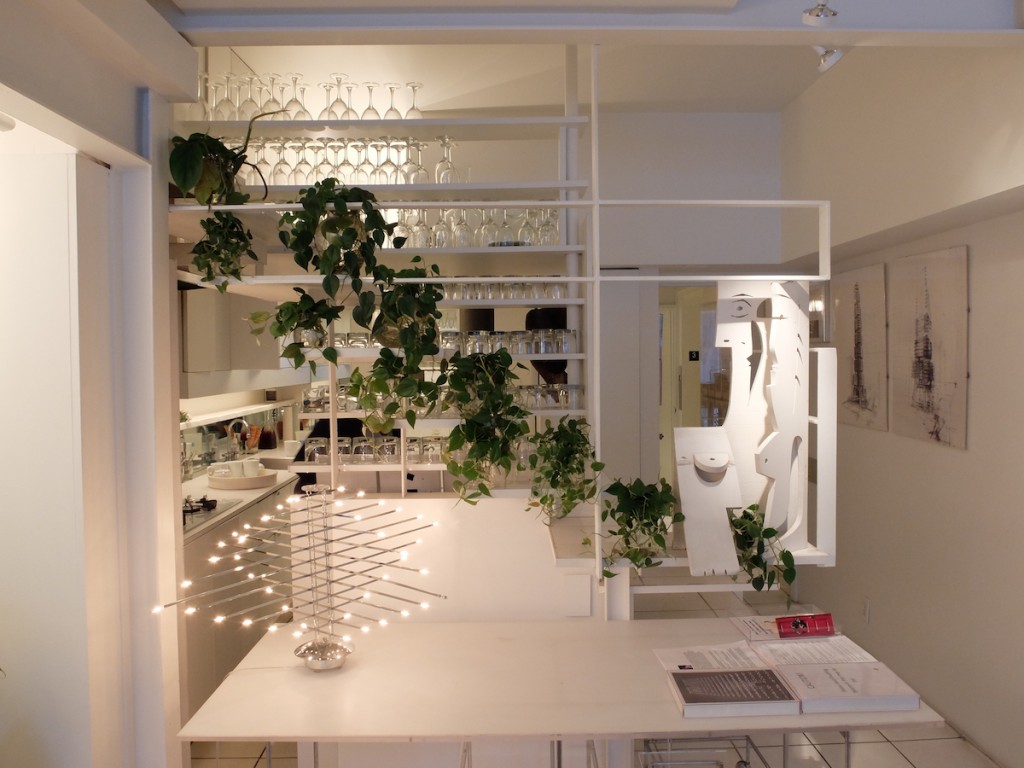 Paul Rudolph, Built-in Shelf with Integrated Sculpture, Modulightor Building, New York, 1989-1994. "This is the llate work of Brutalist master Paul Rudolph," the Czech editor explained. "The Modulightor building is still the showroom for the lighting company of the same name, which Rudolph founded. Upstairs you can find glamorous spaces with built-in furnishings, where he used to live." 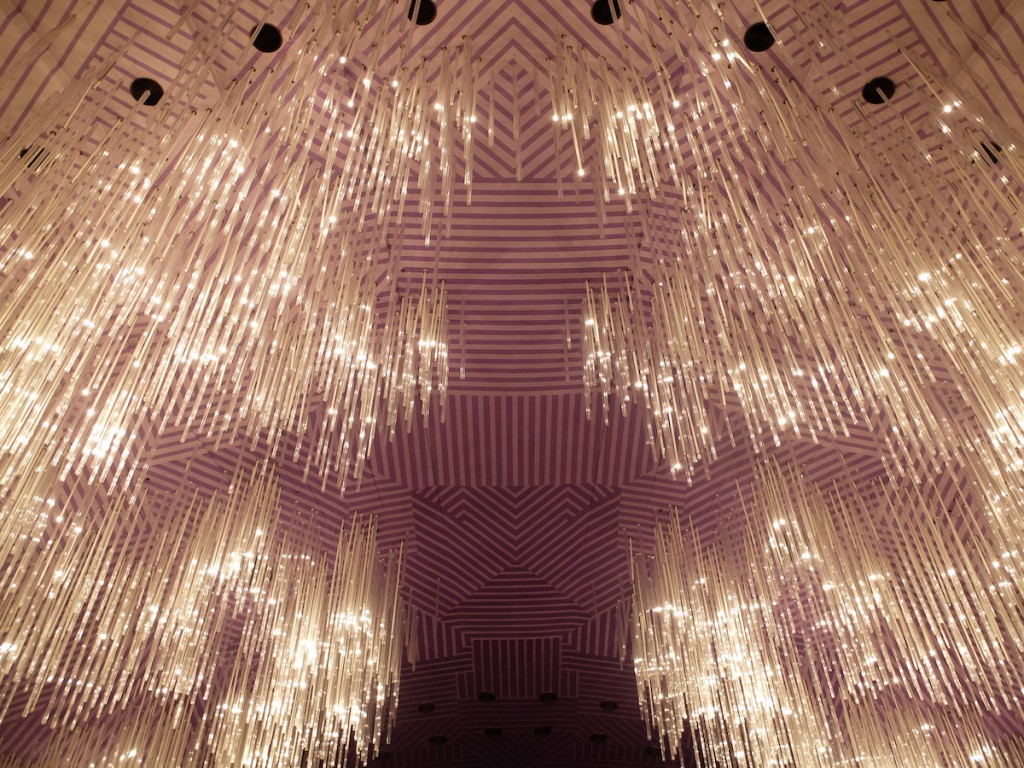 Carlo Mollino/Gino Sarfatti, Chandelier, Teatro Regio, Turin, 1967-1963. "One of the most amazing collaborations: Gino Sarfatti and Carlo Mollino in this spectacular lighting, resembling cloud, in the main auditorium of Turin Theater," he said. 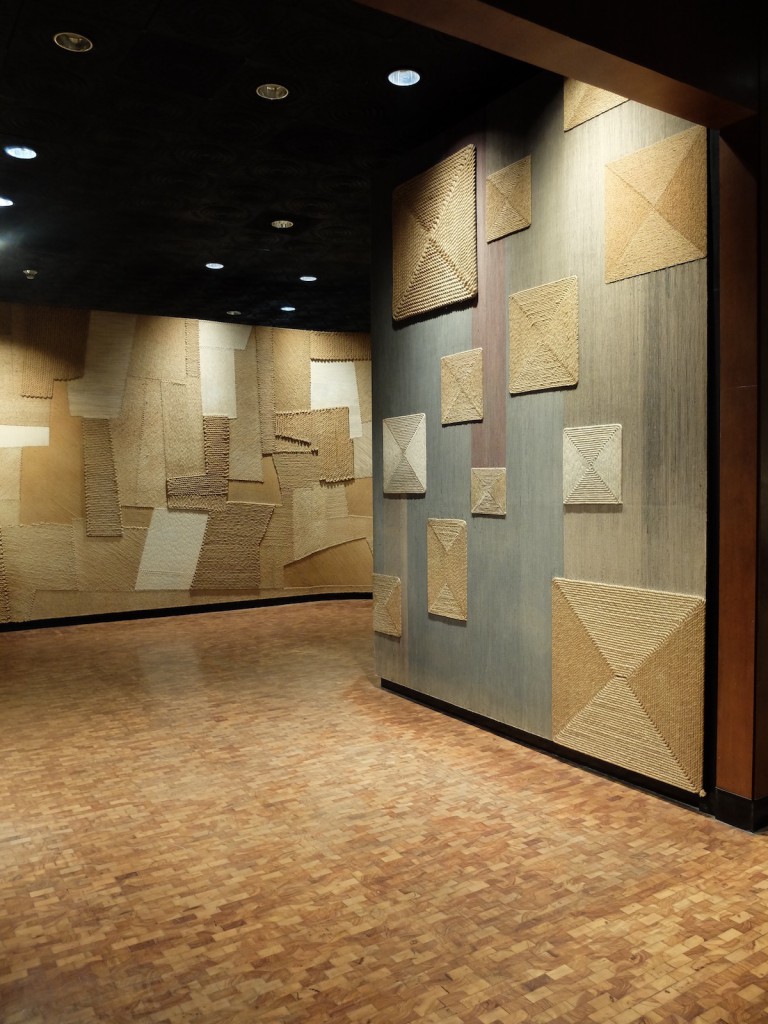 Pedro Ramírez Vázquez/Mathias Goeritz, Rope Mural, Museum of Anthropology, Mexico City, 1964. "One of the most beautiful and interesting museums in the world, not just because of its exhibitions, but also due to its modernist architecture and decoration," Štěch explained. "This mural was created by Mathias Goeritz, inspired by traditional Mexican craft." 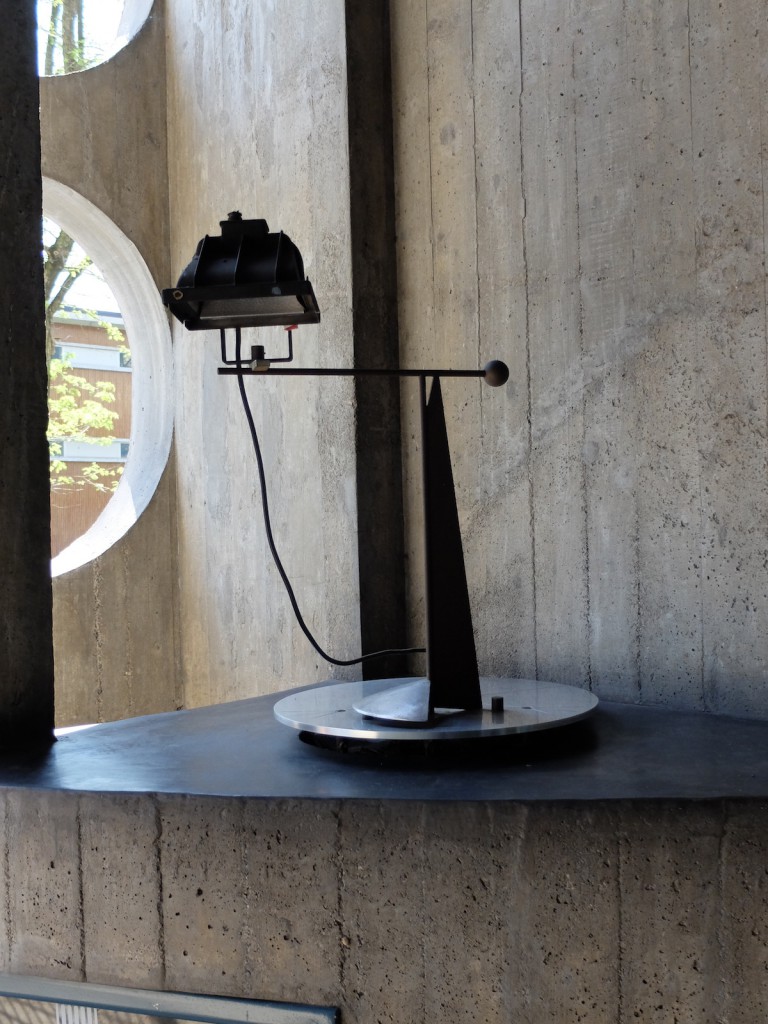 Umberto Riva, Lamp, Via Paravia 37 Apartment Building, Milan, 1965. "A huge admirer of Le Corbusier, Umberto Riva built several concrete buildings in Italy during the 1950s and 1960s," he explained. "This lamp is inside the entryway to the apartment building where Riva used to live. I like the combination of this elegant support with an industrial reflector."
‹ Back