The Power of Image Making at ‘The Black Image Corporation’

Founded by John H. Johnson in 1942, the Johnson Publishing Company pioneered and continues to shape the diversification of the representation of African American identity in America. Through popular magazines such as ‘Ebony’ founded in 1945 and ‘Jet’ (1951), the publishing house worked to celebrate positive everyday events and depict the complexity of the African American communities and culture in postwar USA. Inside the pages of these publications were all sorts of images from the pictures of mundane everyday life and domesticity to celebrities to historic events such as the milestone March in Washington in 1963. And behind these images were around 4 million other photographs, some published and some never seen by the public that now reside in the Johnson Publishing Company archives.

In celebration of how these photographs and publications have shaped the contemporary visual language around African American identity Theaster Gates — a social practice installation artist and a professor in the Department of Visual Arts at the University of Chicago — has dug into the archives in order to present them at ‘The Black Image Corporation’. The exhibition, which takes places at the Galleria Vittorio Emanuele II, Milan was conceived by Gates for the Fondazione Prada Osservatorio.

To deal with the immense scope of the archive Gate’s decided to focus on the works of two key photographers Moneta Sleet Jr. and Isaac Sutton and their depiction of African American Women. Regarding this choice Gates says: “The archives speak about beauty and black female power. Today it seems to me a good time to dig into the visual lexicon of the American book and show images that are rarely seen outside of my community. I wanted to celebrate women of all kinds and especially black women”.

The legacy of these two photographers remains pertinent today. Moneta Sleet Jr. (1926-1996) forged new ground in being the first African-American to win the Pulitzer Prize in 1969. His photographs were first published in Ebony magazine in 1955 and he continued to photograph keys figures including young Muhammad Ali, Dizzy Gillespie, Stevie Wonder, and Billie Holiday, Martin Luther King Jr. and Malcolm X for the next 41 years.

Capturing other aspects of African American life was Isaac Sutton (1923-1995), who was a staff photographer at the publishing house and later, in 1975, he became the chief photographer of Johnson Publishing Company’s West Coast Bureau in Los Angeles.

Between the two photographers, the exhibition presents everything from celebrities to politics, self-help, beauty and sexuality. Not only can visitors view carefully selected framed images, but they can also explore the archive themselves with cabinets and display cases that can be interacted with. An unusual curatorial choice was also to frame some images backwards exposing notes such as location, date and photographer that were handwritten onto the back.

In addition to the photographs, the first floor of the Osservatorio has been converted into JPC’s downtown Chicago offices with the original furnishing and interior design by Arthur Elrod. In this space, visitors can browse through original copies of Ebony and Jet add watch a video shot by gates entitled Michigan Avenue In Full Bloom (2018).

The final layer to this rich exhibition is a portfolio of 300 photos published by Fondazione Prada which will include a conversation between Theaster Gates and Linda Johnson Rice, Chairman of Johnson Publishing Company.

The power of image making is clearly visible in the works in the ‘The Black Image Corporation’. The legacy of the publishing house and its continued success is a testament to the need to counter normative and restrictive narratives.

‘The Black Image Corporation’ will be on display until January 14, 2019 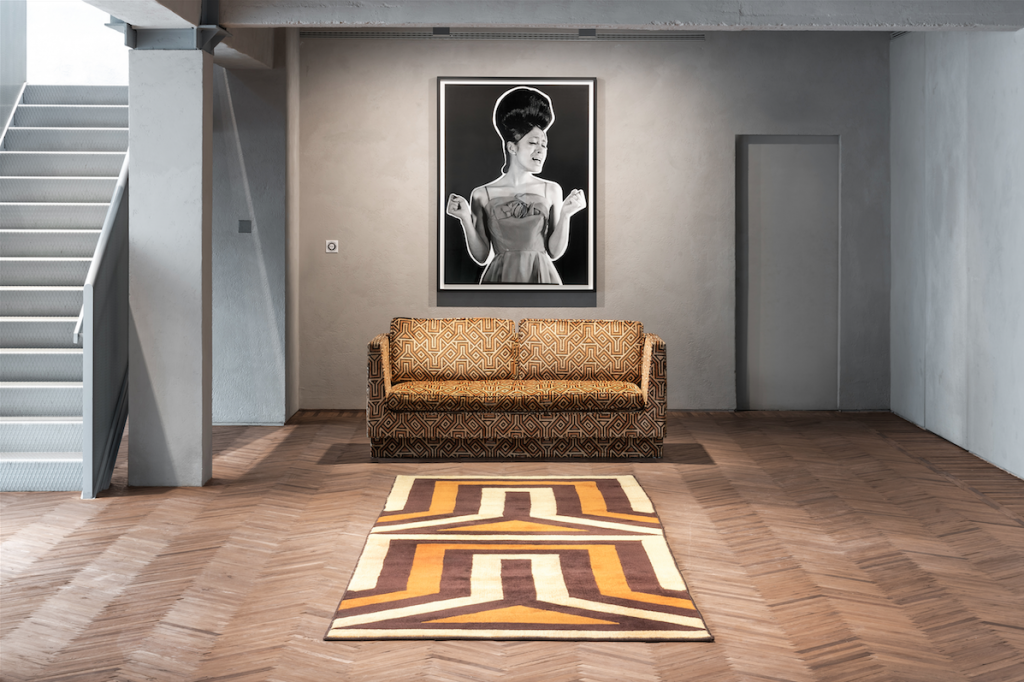 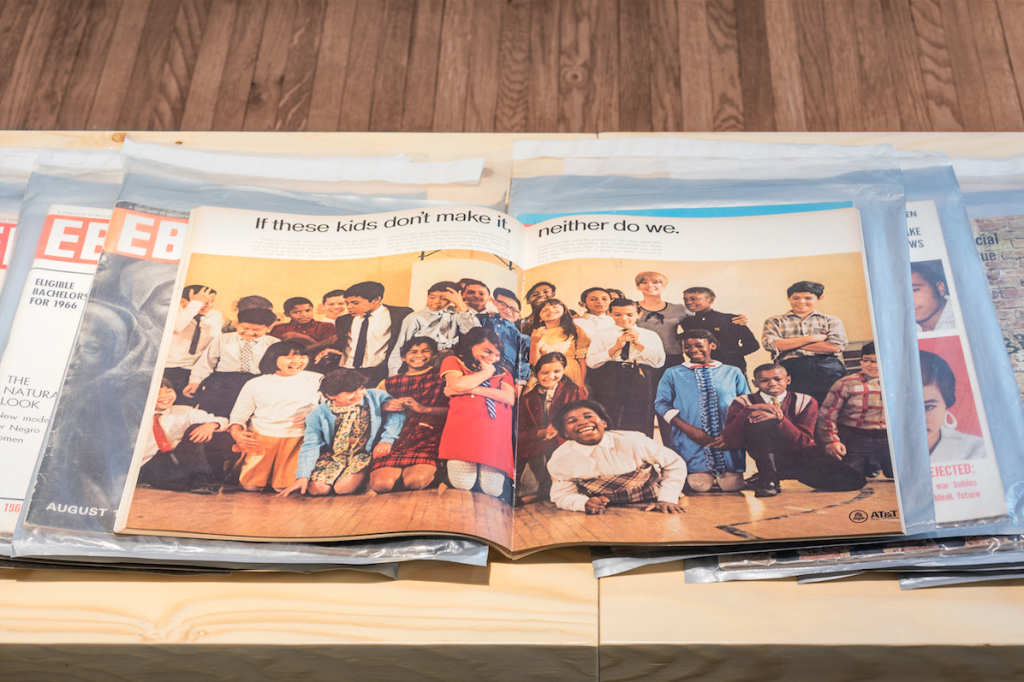 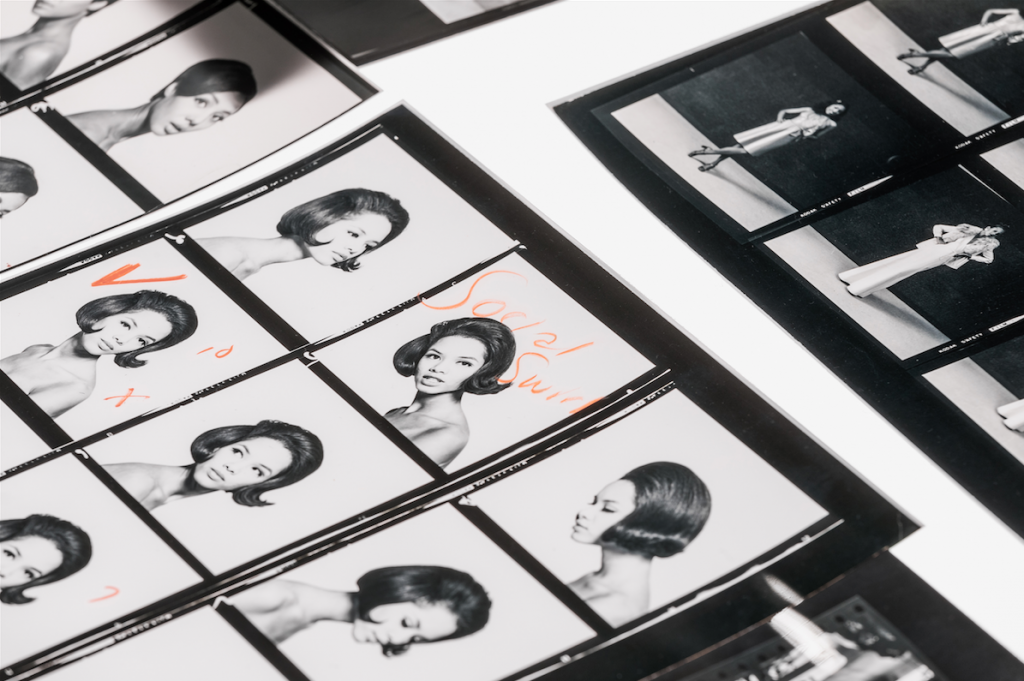 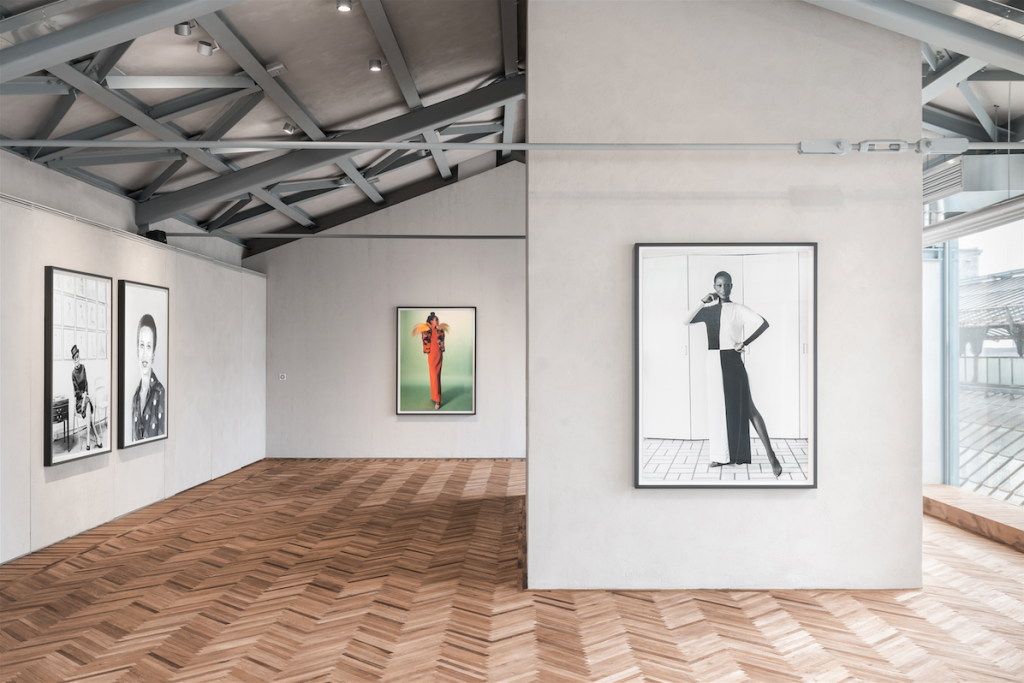 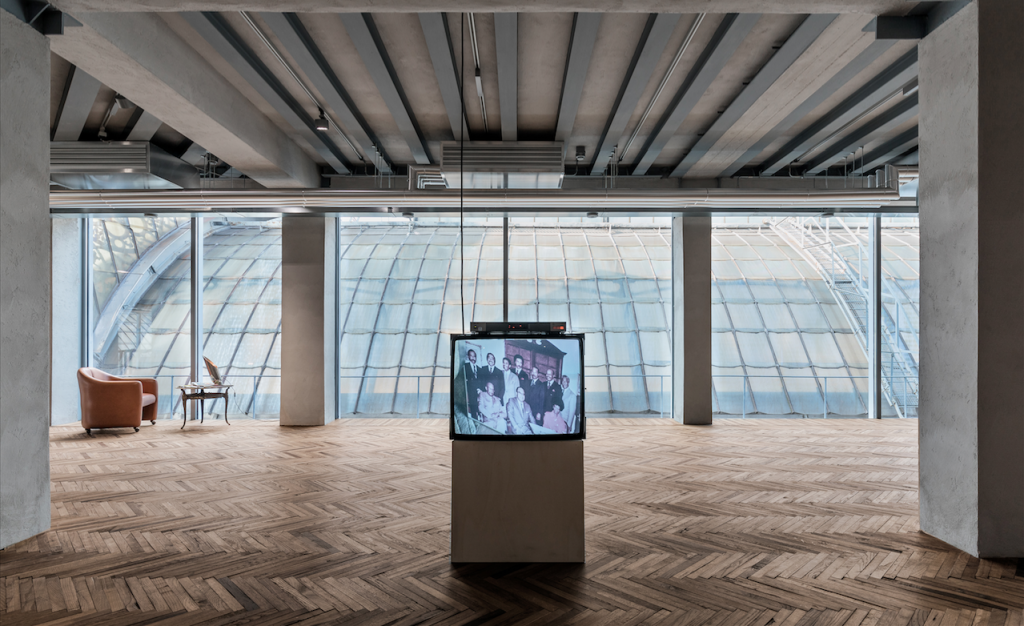 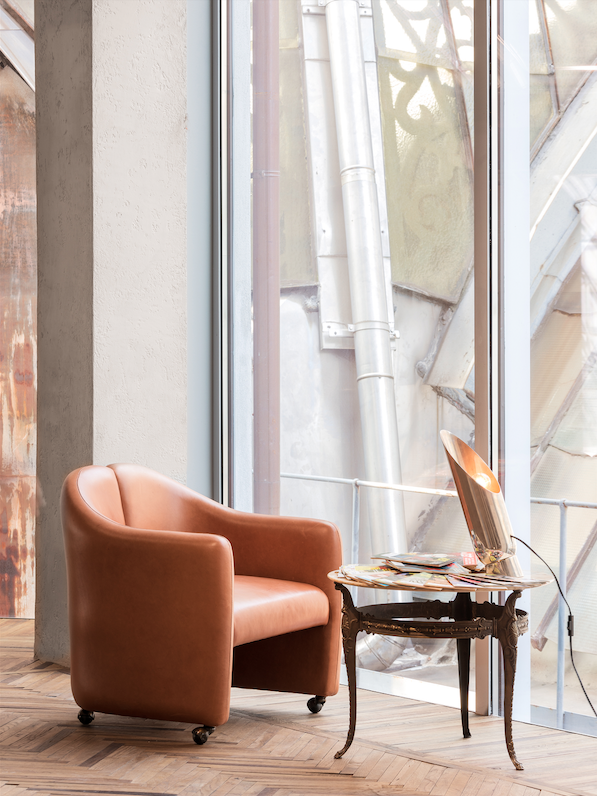 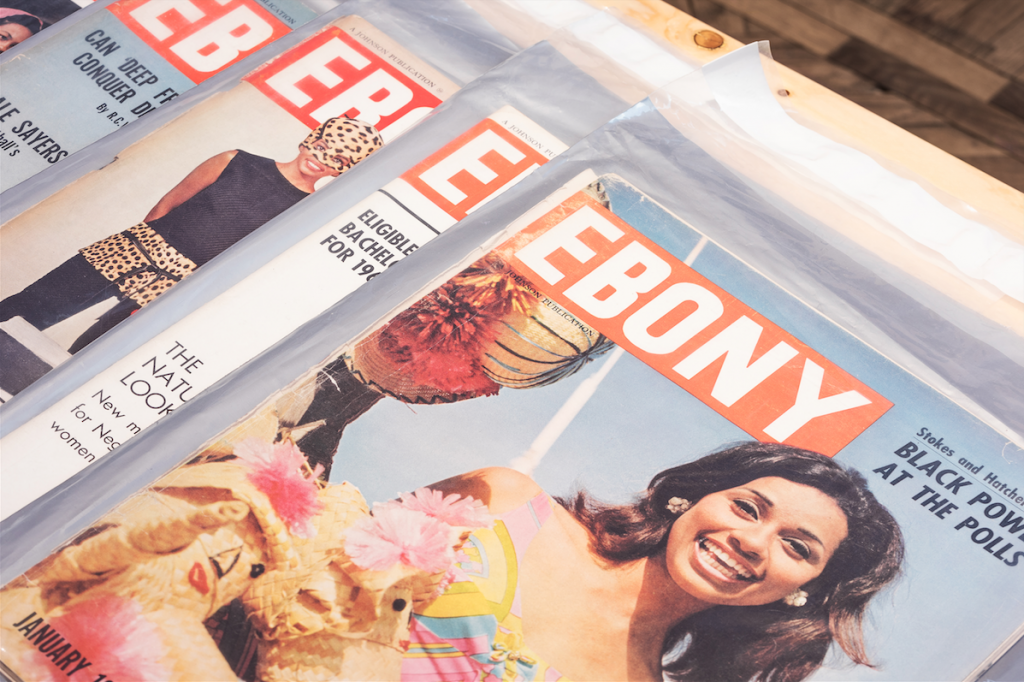 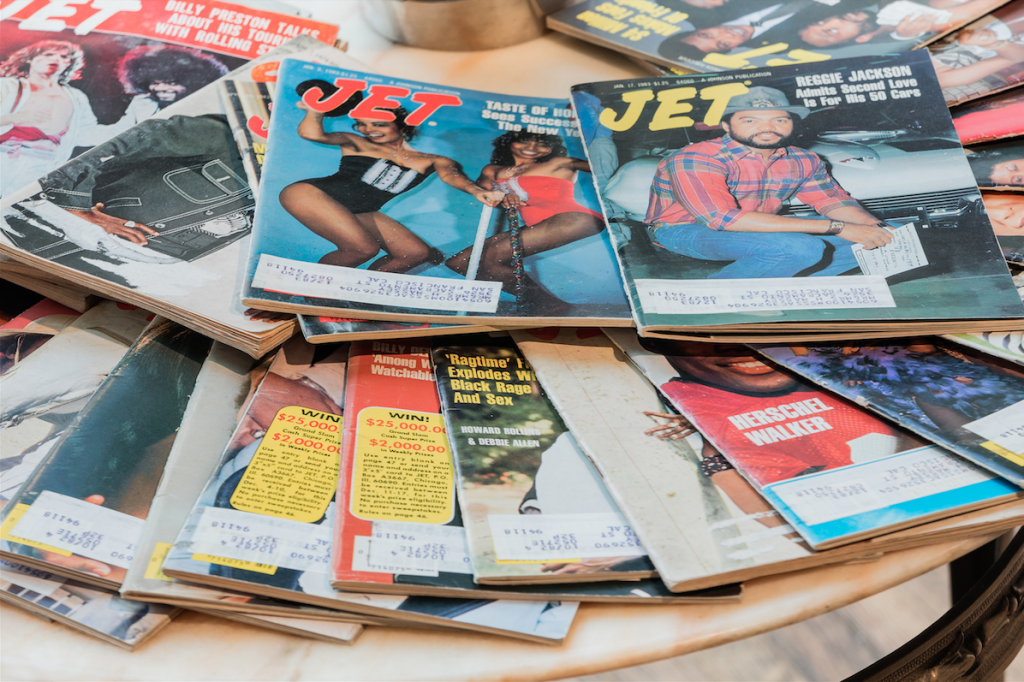