He speaks quickly, with a serious and calm tone, leaving room for only a few laughs at the end of the call. His thoughts flow smoothly and in his words one can feel his great passion and profound sense of naturalness, the two basic ingredients that he has been working with for more than thirty years. He is Jean-Pierre Blanc, director of Villa Noailles and founder of the International Festival of Fashion and Photography and Design Parade which take place every year within the walls of the mansion, an extraordinary example of modernist architecture.

At the end of the 1980s the fulcrum of the arts was certainly not the south of France, but rather Paris. Jean-Pierre decided to go against the established system and, driven by determination, generosity and a far-sighted spirit, gave birth to a unique art venue, characterised by a great cultural openness and, above all, engagement and support for new artists. From fashion to design, passing through photography and art, young talents have since been finding a haven to promote their creativity and to start their professional career. “Creativity and creation go together,” Jean-Pierre explains, “for us, it’s very important to support young artists. We are convinced that this is crucial in this historical time”.

Nestled in the hills of Hyères, Villa Noailles is known in the design community and worldwide, as a multipurpose art centre and an artist residency. The notes of creativity that still resonate among the walls of the villa date back to its construction (1923), when the Visconti Charles and Marie-Laure Noailles commissioned the architect Robert Mallet-Stevens, to design their summer house. Once completed, just 3 years later, works by Piet Mondrian, Constantin Brancusi and Alberto Giacometti began to animate the walls of the rooms, and the artists themselves the living room and dinner parties. Man Ray, Jean Cocteau and Luis Buñuel together with Salvador Dalì, chose this place for some of their most famous and controversial films. Nowadays, among the contemporary designers that emerged from the festival’s editions, exhibitions and talks, organised by Jean-Pierre’s team, many international names stand out, such as Viktor and Rolf, Felipe Oliveira Baptista for fashion, Sølve Sundsbø and Camille Vivier for photography or Nacho Carbonell and Constance Guisset for design. “Although our work takes place in a historical environment with an intense artistic past – adds Jean-Pierre – we never thought of repeating what the Noailles couple did. It’s not our intention. If then the public finds some form of similarity, it is gladdening, although it is not what we want nor what we are aiming for. We try to relate to the creative expressions of today, but if at the end of the day the spirit that moves us is the same, even better”.

Furthermore, Jean-Pierre acknowledges that, being a native of the area and having worked extensively as Deputy Director of the Hyères cultural sector, it was quite natural for him to give birth to a mean of personal and creative enrichment and affirmation for artists, thanks to collaborations between schools and universities, and the professional world. “This is the essence of our work: educating the eye, generating emotions, creating relationships”. The feeling of cooperation at Villa Noailles is indeed now vivid and resonates in Jean-Pierre’s words: “We are certainly an island, a reserve perhaps, but we are part of a community, our place is very strong and characterized but it is equally open and connected to others. This is fundamental: an island but within an archipelago”.

This article was originally published in TLmag 31: Islands of Creation, and is now being revisited and updated on the occasion of  Villa Noailles’ reopening after COVID-19 and their updated summer programmes: “Summer in Toulon”, which will be on view until October 31st, and “Summer in Hyeres”, which will be on view until August 30th, 2020. Both programmes will echo each other’s essence and aim to serve as a bridge between the history of their sites and contemporary artists – proposing to rediscover a selection of past winners and finalists of their Design Parade festival, along with a selection of their most recent works. For more information on the Villa’s summer programme, see here. 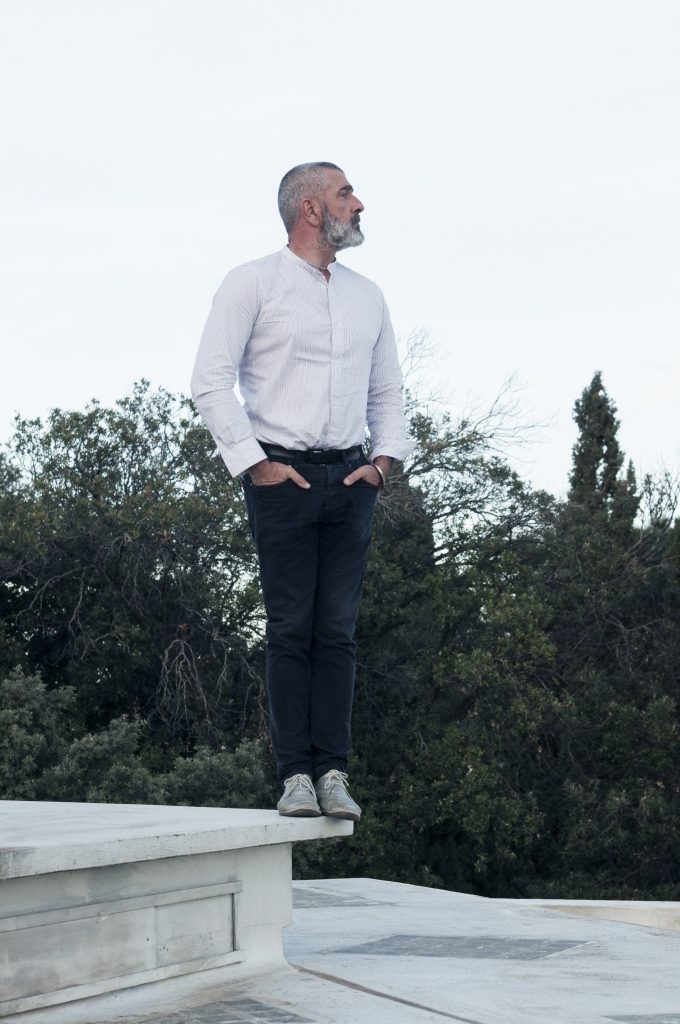 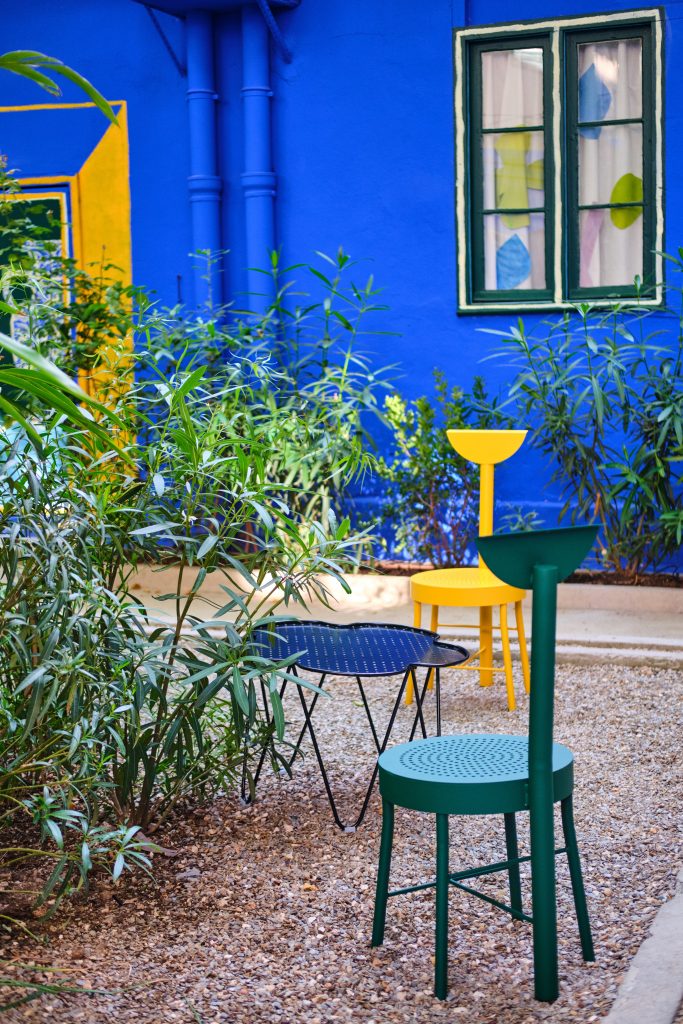 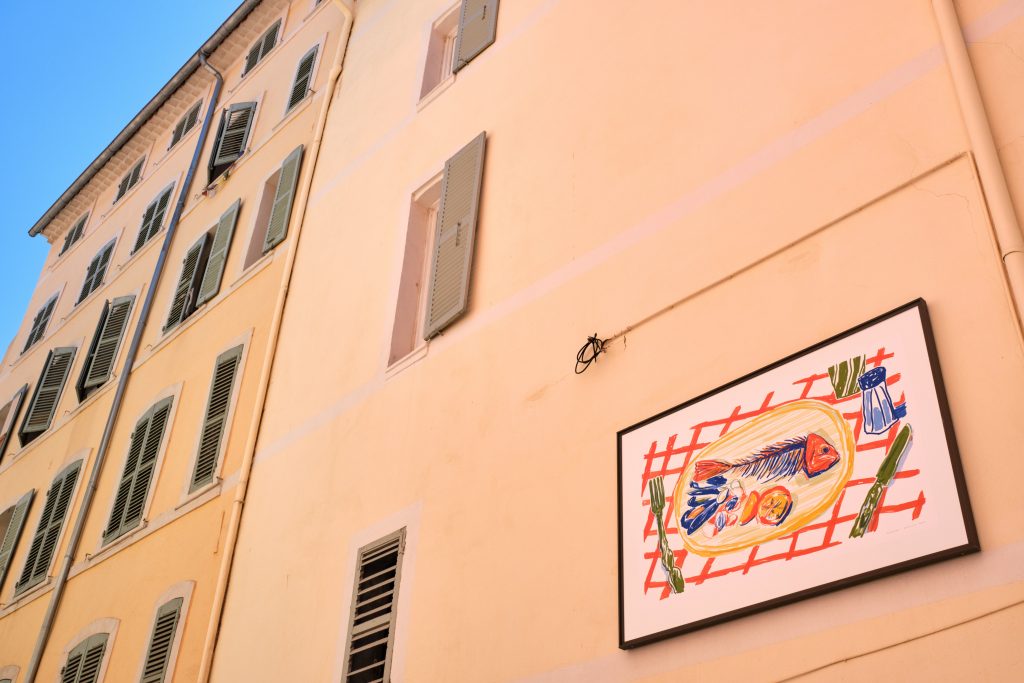 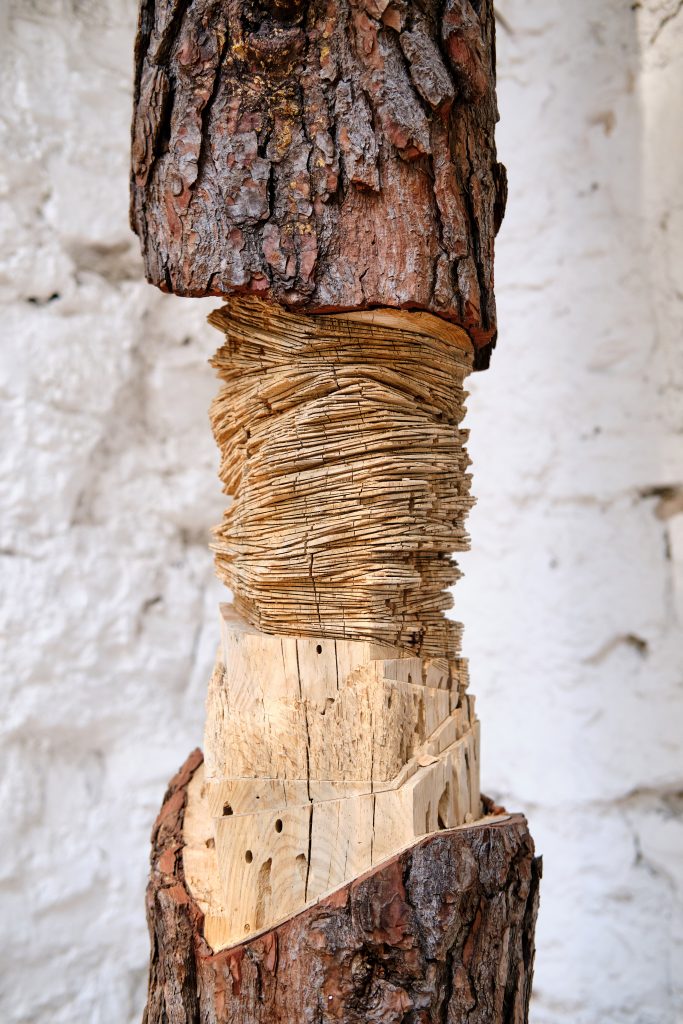 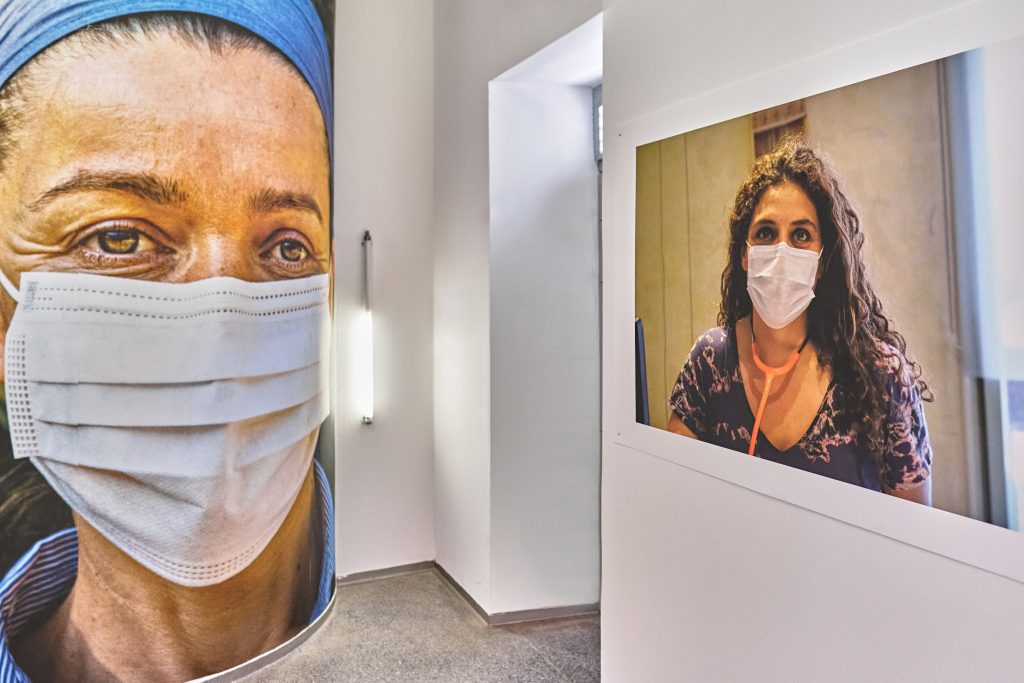 Drawing, painting, contemporary writing, will all be showcased in an exhibition entitled “Heroes, Heroines” which will unite the portraits of workers from Hyères and Paris who have been on the front line during the confinement period which we have just traversed. A commission by the Villa in April 2020, involving more than 20 artists. Heros Heroines © Luc Bertrand: Villa Noailles 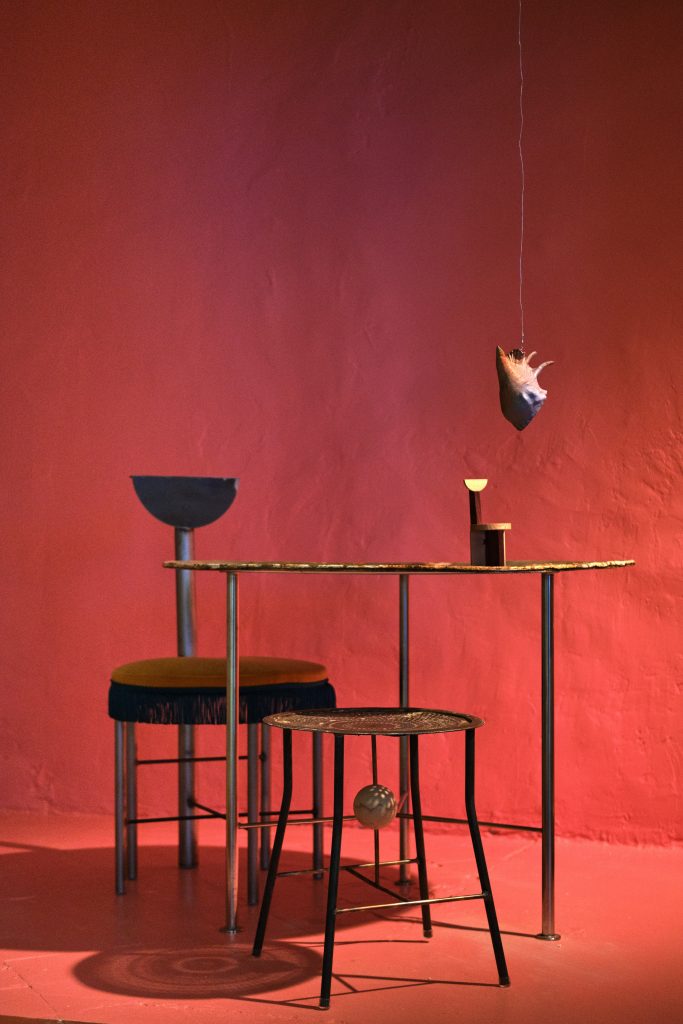 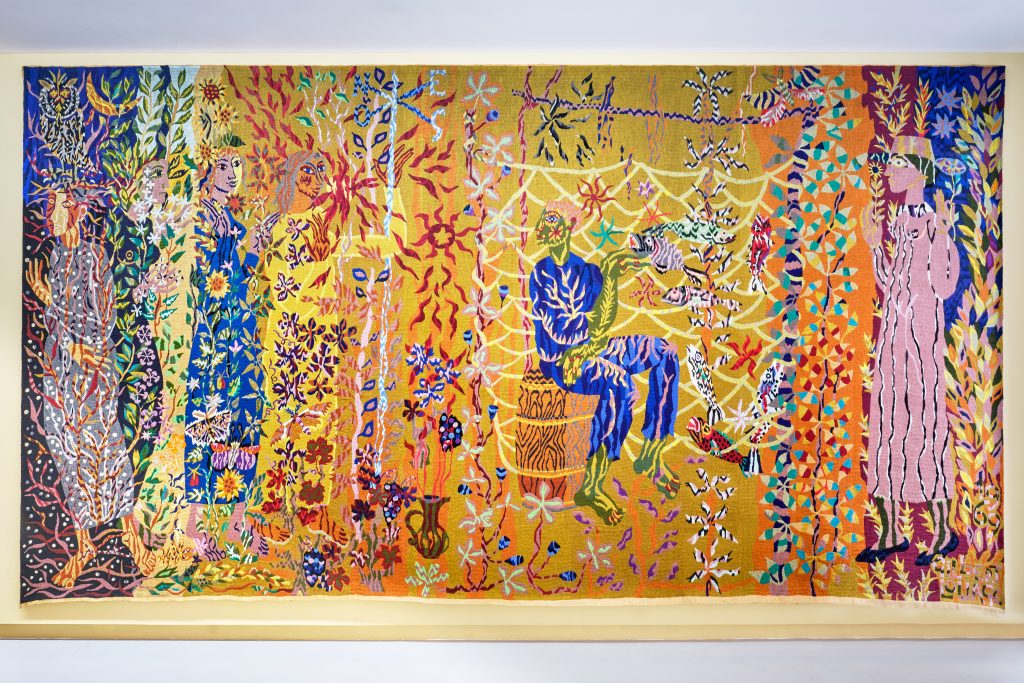 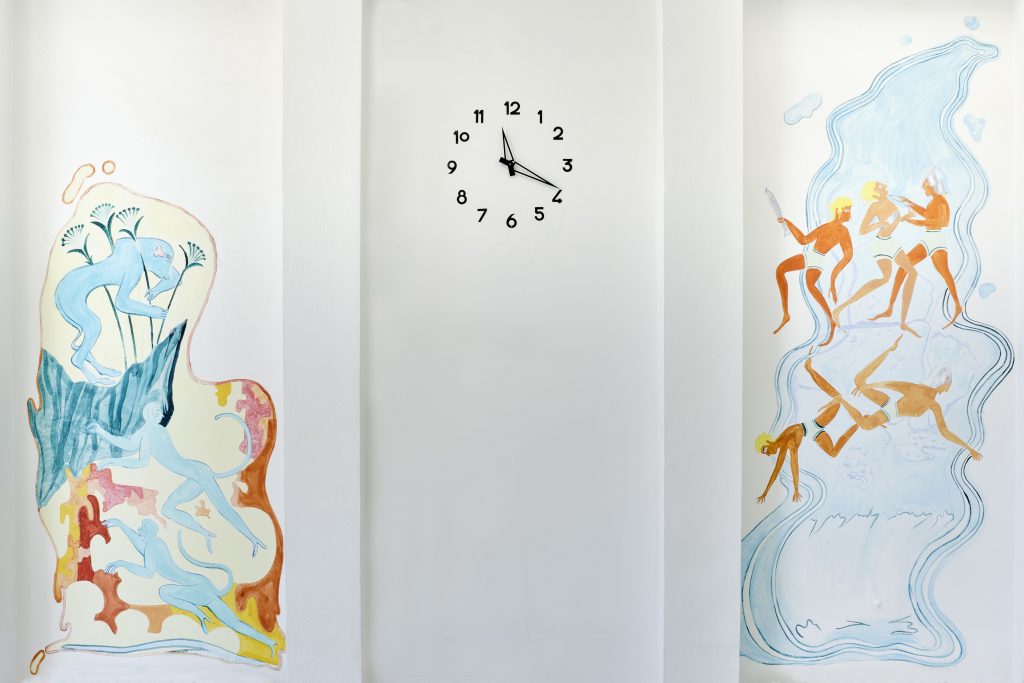 Regulus is a work painted directly onto the walls of the villa Noailles. In the squash courts, the swimming pool, and the gymnasium — which faces due south — these frescoes offer a reflection upon a blindness caused by light. With bright colours, then pastels, and enigmatic shapes, Antoine Carbonne has recreated a moment in the lives of the Noailles and their artist friends, but as if it has been burnt by the sun and the passage of time, in a fade to white. Large eyes — those of Regulus — observe the scene and personify the Villa. Antoine Carbonne © Luc Bertrand : villa Noailles 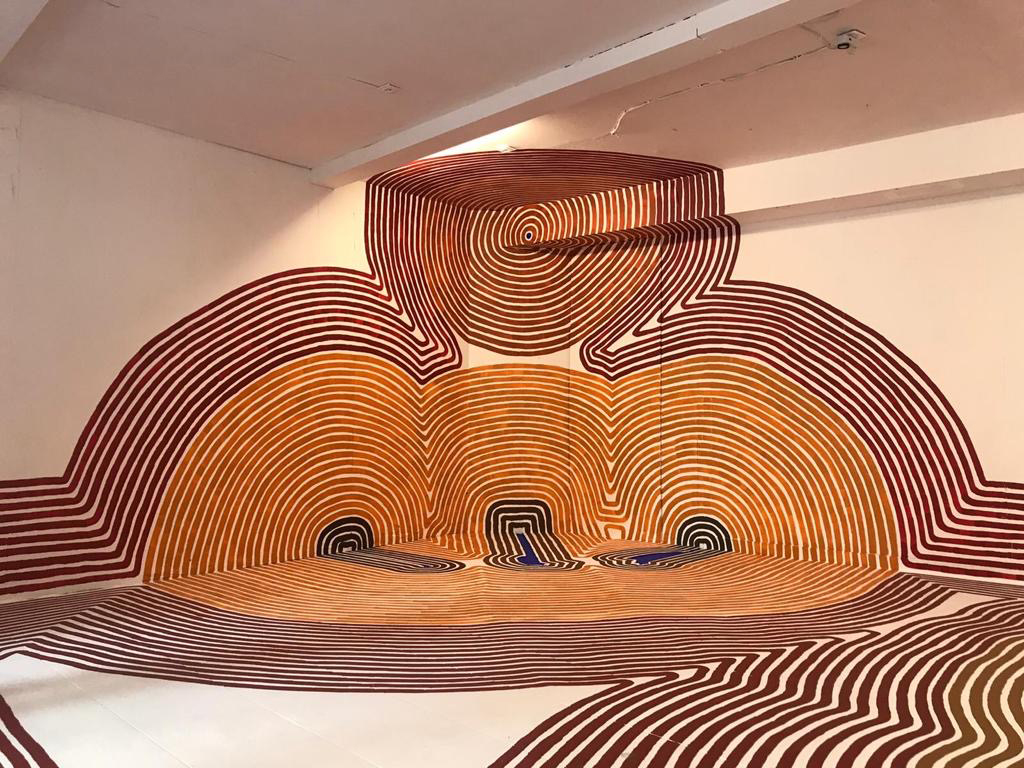 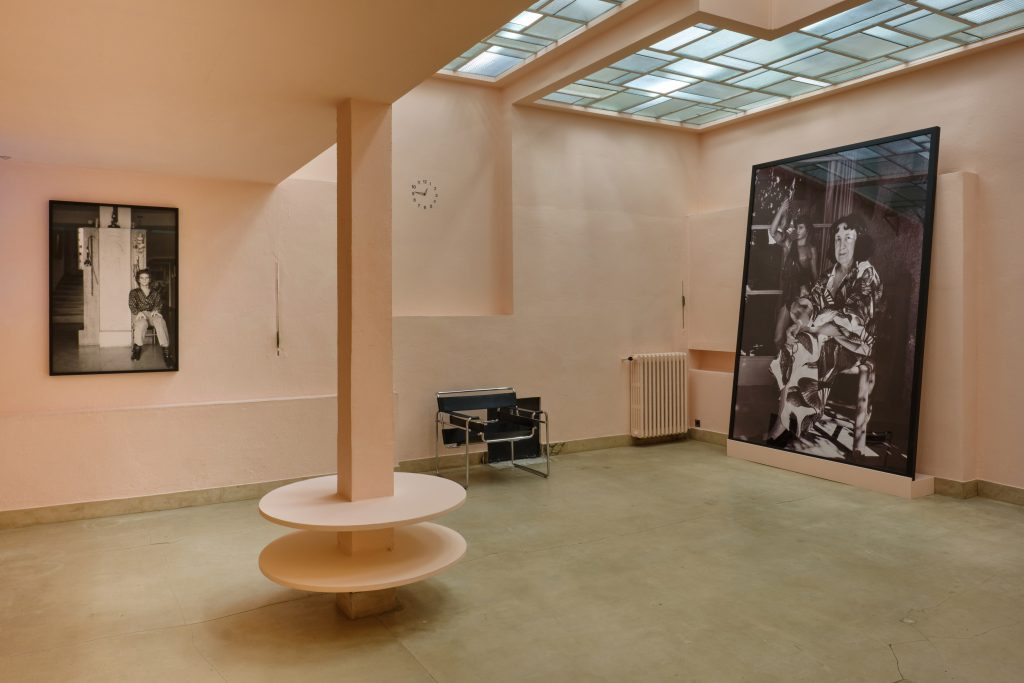 Celebrating the 10th anniversary of the permanent exhibition “Charles and Marie-Laure de Noailles, a life as patrons.” The Noailles wanted a “small house that must first be interesting to live in.” Permanent Exhibition, Francois-Marie Banier © Luc Bertrand : villa Noailles 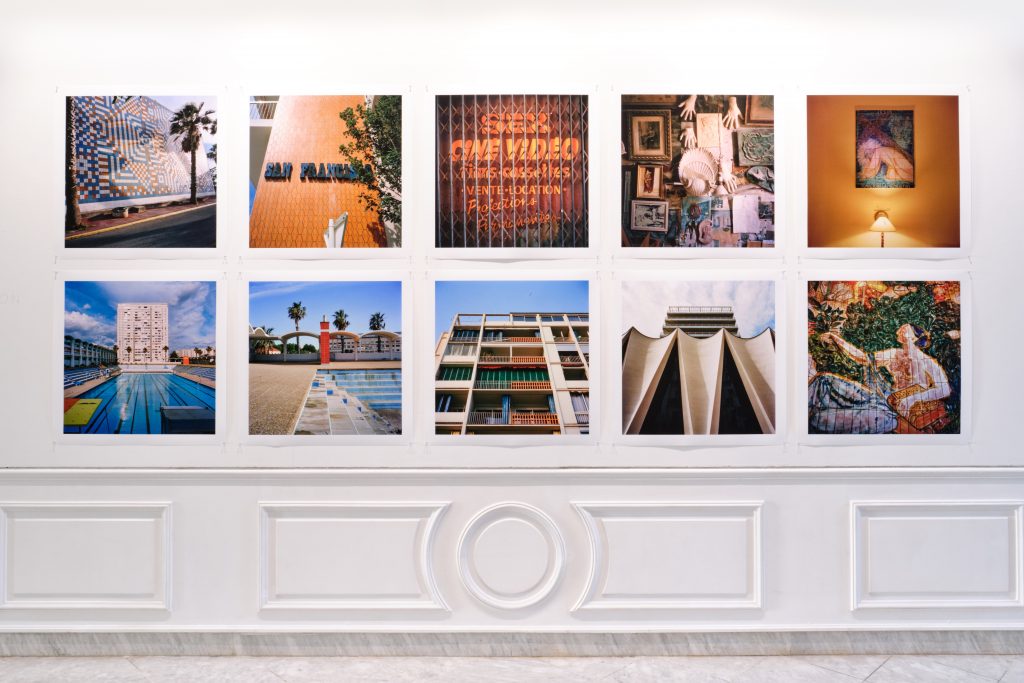 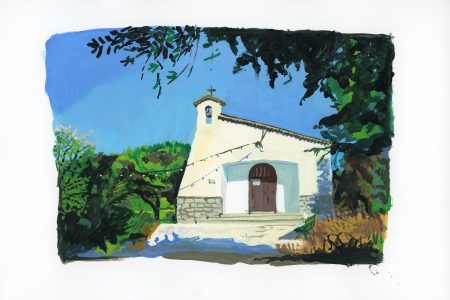 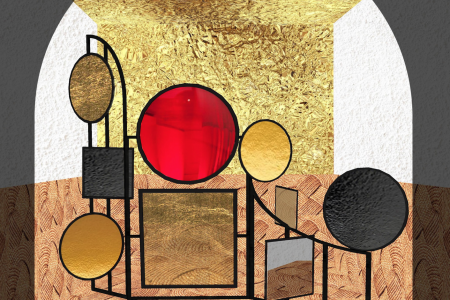